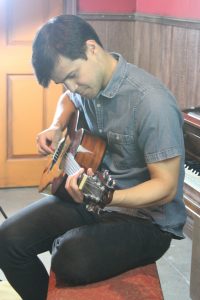 Today we’d like to introduce you to Alex Ellsworth.

Alright, so thank you so much for sharing your story and insight with our readers. To kick things off, can you tell us a bit about how you got started?
Perhaps a lot of musicians can name a singular moment that opened their eyes to what they could be doing for the rest of their lives. For some, they can probably name many.

For me, I remember vibrations and distorted sounds, the rumbling ground and cheers from kids I called my classmates. Across the stage, my high school guitar idol at the time gave me a head nod. Our singer who once criticized my guitar playing smiled at me. I acknowledged the crowd.

At 17 years old, I knew I had to fulfill my calling as the ‘guitar guy.’ There was something so captivating in that moment, where my haters and doubters celebrated the product of hours and hours of guitar practice. It’s forever been implanted into my brain. The time spent practicing with my bandmates further motivated me to go home and perfect my craft alone. It was a way to express my inner emotions in its most raw form. For me, this moment launched my desire to pursue music.

I grew up in Singapore and found my musical bearings in guitar classes and jam sessions with peers who shared the same passions, but it was in Los Angeles, California where I decided to pursue my dreams.

Music has been a constant in my life for a long time, but I strive to never stay the same. After taking a film scoring class taught by Adam Schoenberg, I learned the power of telling stories through music. This class segued into helping several industry veteran composers (Megan Cavallari, Darius Holbert), as well as a Grammy Award Winning Studio (Crosby Recording Studios). Eventually, I ended up working for myself and other clients.

My work in film scoring took me back to what music really meant for me: collaboration. Take that moment all those years ago in high school, not just the intense satisfaction I felt after a performance but the hours spent behind the scenes with other musicians, practicing and connecting through music. Similarly, the close relationship that I, the composer, developed with the director continues to fascinate me. I had to work with marrying the director’s vision with the expression and nuances I can bring to the table with my music. My experience playing in bands came in handy when communicating with other musicians through real-time playing. I discovered that scoring requires working very fast and going through multiple drafts. My love for collaborating and connecting with others in the industry can probably be seen in the various projects I’ve participated in, including over 30 short films, TV shows, a virtual reality project and a handful of feature films—all involving close collaboration with directors, audio teams and more.

These days, I have weekly collaborations with a number of people including Eden Iris and Hope LaVelle. We feed off each others’ energy as we trade off between songwriting, producing, and engineering a song. There have been many late nights getting the perfect vocal take and editing one syllable at a time to get the right pitch and timing.

I’m sure you wouldn’t say it’s been obstacle free, but so far would you say the journey have been a fairly smooth road?
One of the bigger obstacles I’ve had to deal with is creating my own path. During much of the initial part of my musical endeavor, I was used to the structure that allowed me to grow my skills, connections, and projects. In school, that included the organizations I was a part of and classes that I took. After that, it was assisting composers and studios with their needs. And then after that, it was the struggle of working solo, where it came down to building my own relationships.

It certainly did not come easily. However, I was able to overcome some of that with the skills I had learned from previous jobs. For instance, being able to pitch myself online for various projects—while I didn’t land every single project, I was able to perfect this process while helping a composer I worked with find composing work. From there, I was slowly able to build a referral process of friends recommending me to other friends and collaborators over time.

In creating my own path, I’ve had to learn to better trust myself. As the only son in my family and the eldest as well, I’ve always felt like I had to have everything figured out. But the process of pursuing my dream has shown me that not everything always goes your way, and it’s okay not to have everything figured out. In the past, I was used to having teachers and peers tell me what was acceptable, but now I’ve had to learn to do this alone.

For example, I struggled with setting boundaries. Some of my collaborators expected me to be on call 24/7. In the past, I was very accepting of this behavior, but it only led me to feel powerless. It’s been important to me to have these boundaries in place when I take on projects nowadays.

With all that said, I feel like more of a work in progress than a finished product. As I take on new projects and work with different people, these challenges come and go.

Thanks for sharing that. So, maybe next you can tell us a bit more about your work?
Although I started off as a guitarist, I consider myself a producer/artist and media composer. This has brought an added layer to my work that might not otherwise be there.

Along with guitar parts, I often infuse rock, emo and trap elements into my work. I have a love for melodies and dynamics that was developed during my film scoring class and from projects that I’ve done over the years. I took on learning to write beats and, combined with my background as a guitarist who has a love for melodies, I think this gives me an interesting sound. I feel less constricted with variables and more open to the different possibilities. For instance, I have a song that integrates tempo changes (commonly used in film scoring) with a filtered solo cello line, only to be introduced with heavy bass trap elements and a Billie Eilish-inspired breakdown later on. My work can be found under ‘Alex Ellsworth’ and ‘3WRTH’.

With my recent collabs, there are a couple of moments that I feel most proud of.

With Hope, we wrote title theme songs that were featured in D&D Beyond which were broadcasted to thousands of people over Twitch and YouTube. Feel free to search ‘Silver & Steel – Trailer 2 – D&D Beyond’ on YouTube.

With Eden, we secured a win in the “Inspire Your Songs” category in the International Songwriting Competition (ISC). The single for it is called I Just Can’t Turn It Off by Eden Iris.

It all started with a tape recorder device that my aunt bought for me on my birthday. I was about eight years old at the time. When I discovered what it could do, I thought it was the best thing ever. I would run around with my cousins, recording songs we thought were ridiculous and funny and hear it playback. Looking back on it, it makes sense why I liked hearing my own voice played back to me, and reliving those moments that I had with my cousins and friends is something I’ll always cherish. 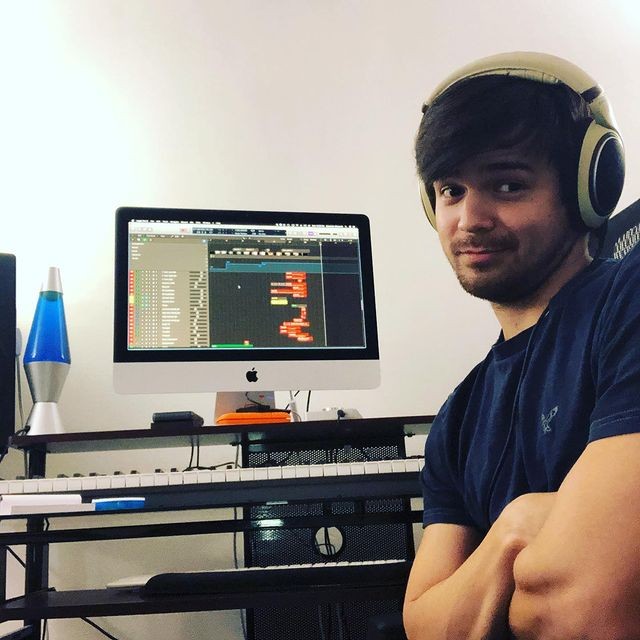 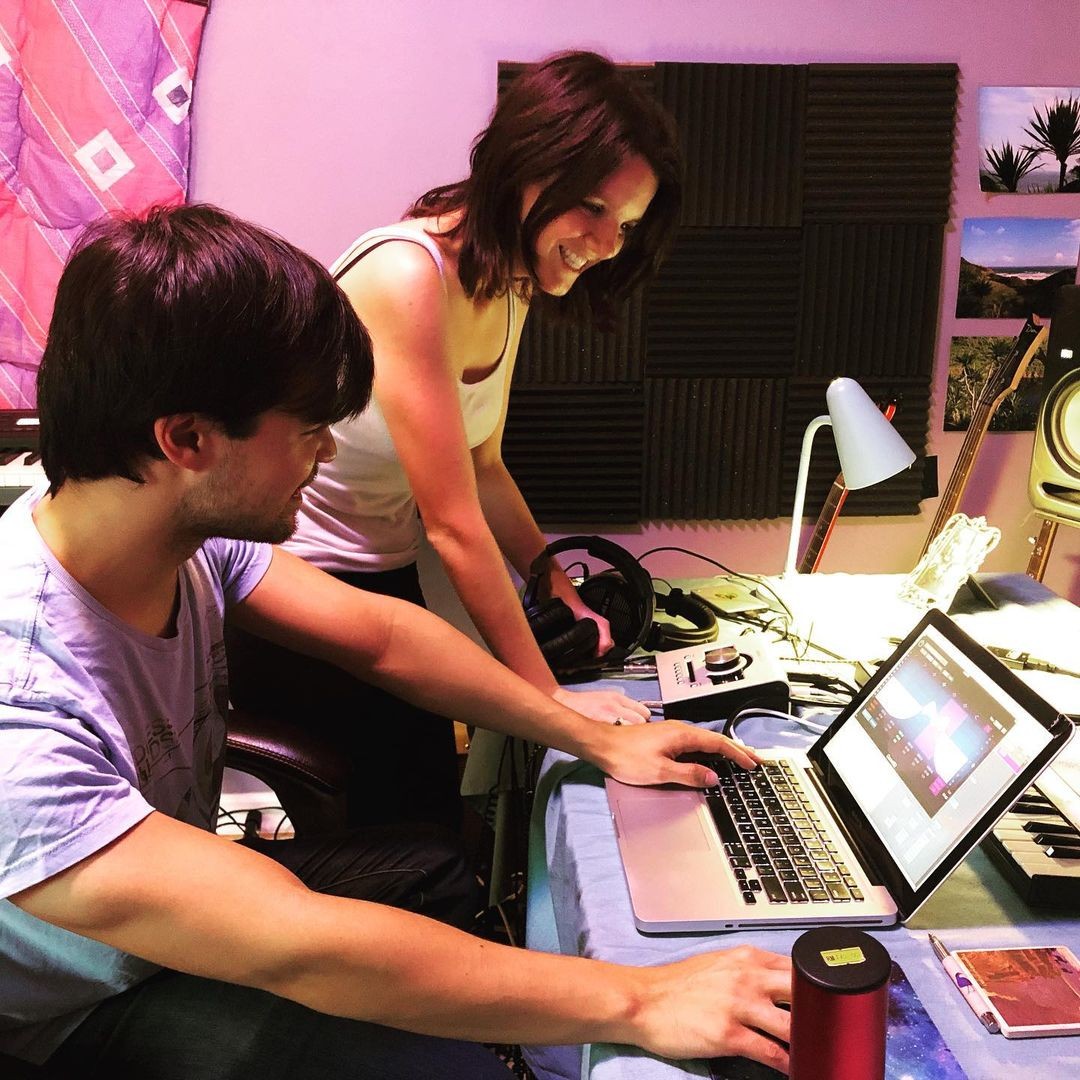 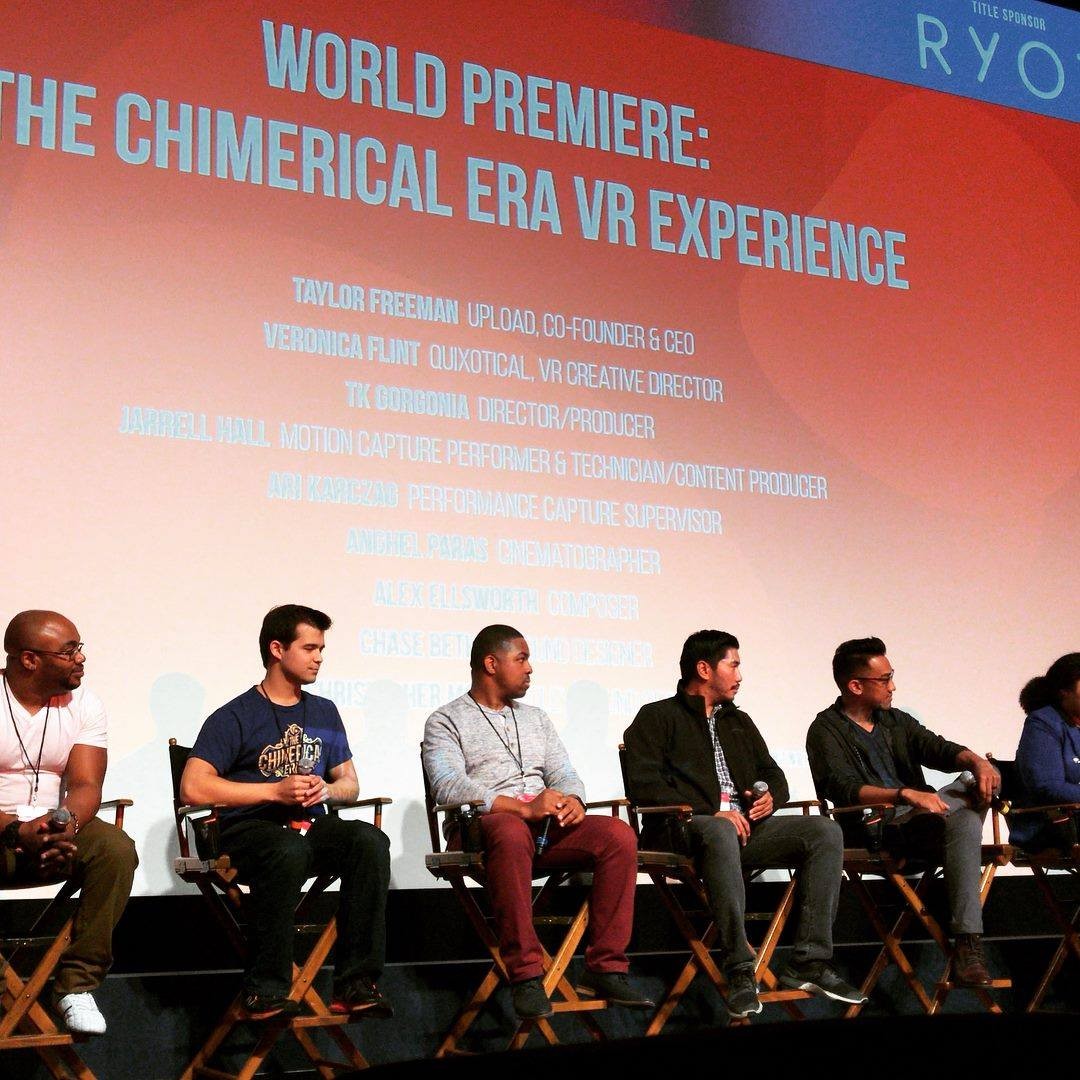 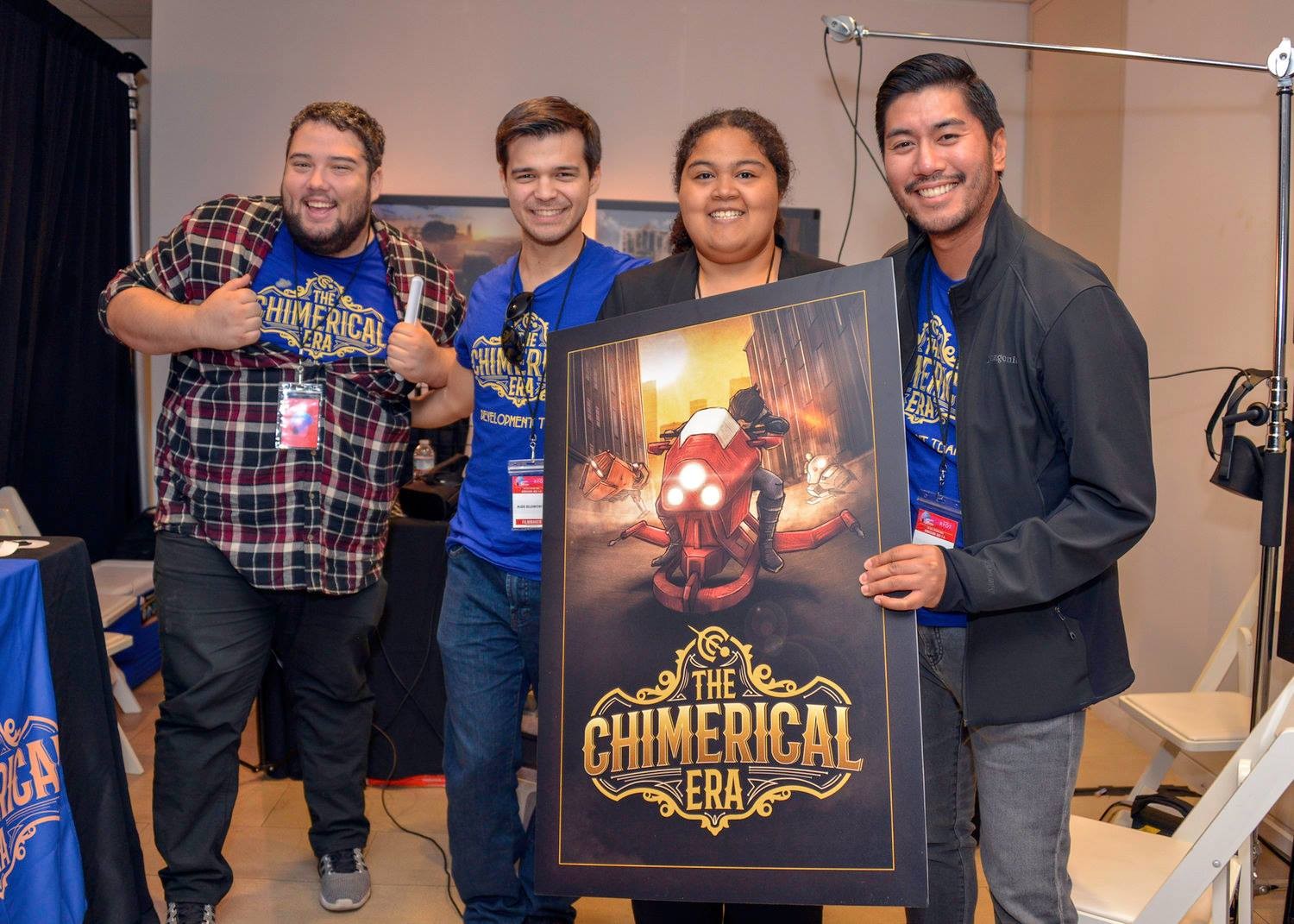 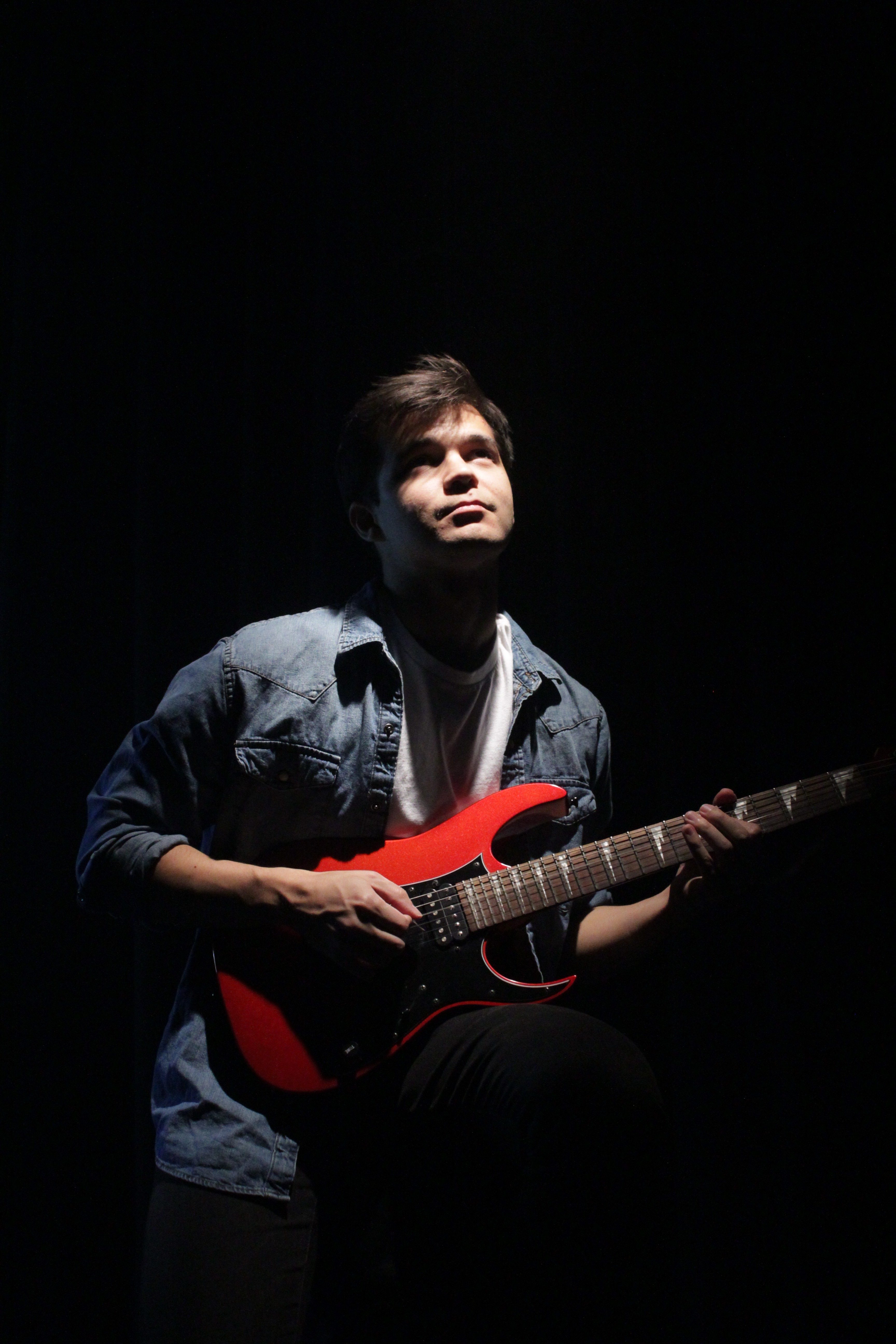 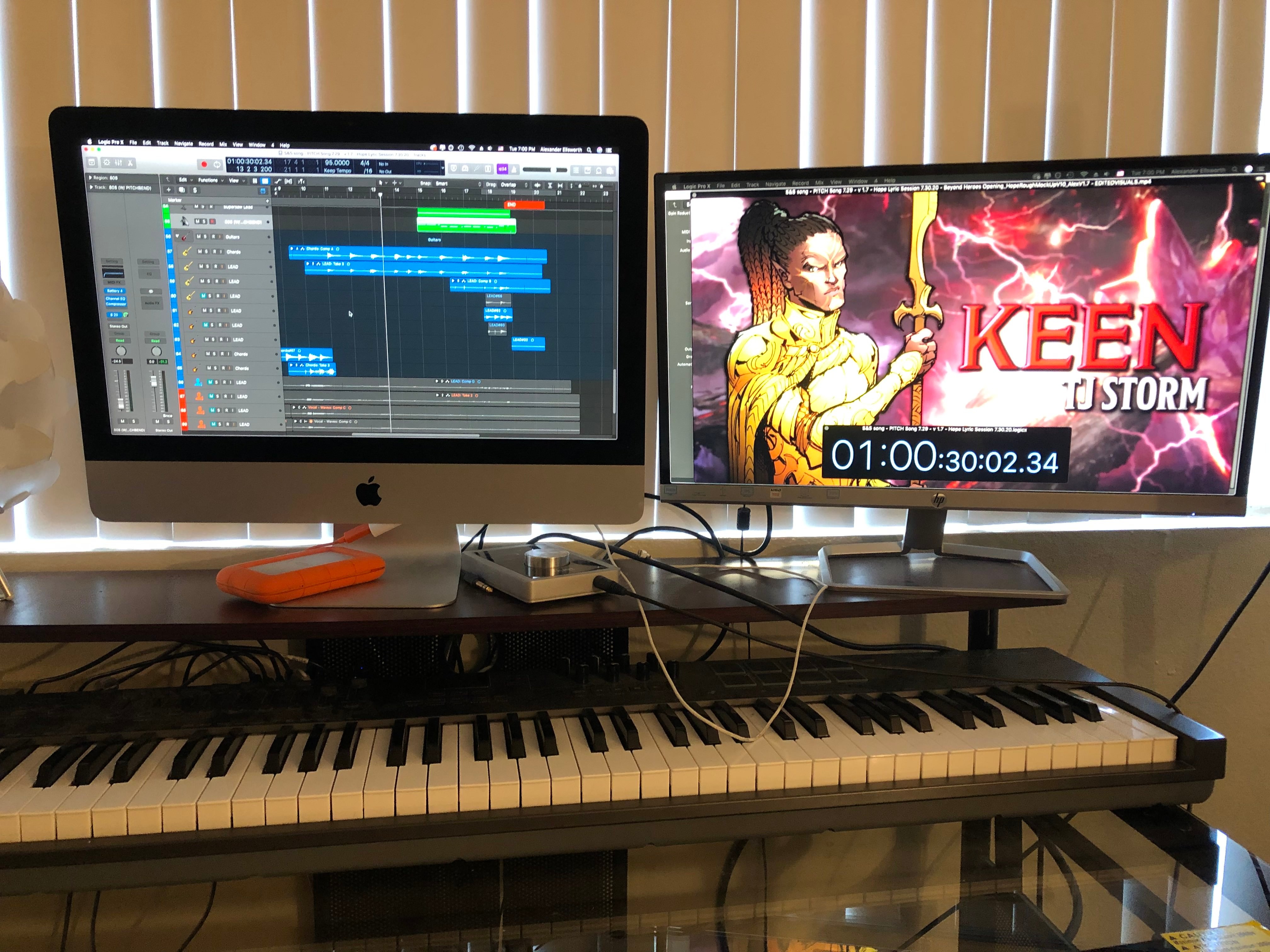