Meet Adan Langbaum a Director of Photography in West Hollywood 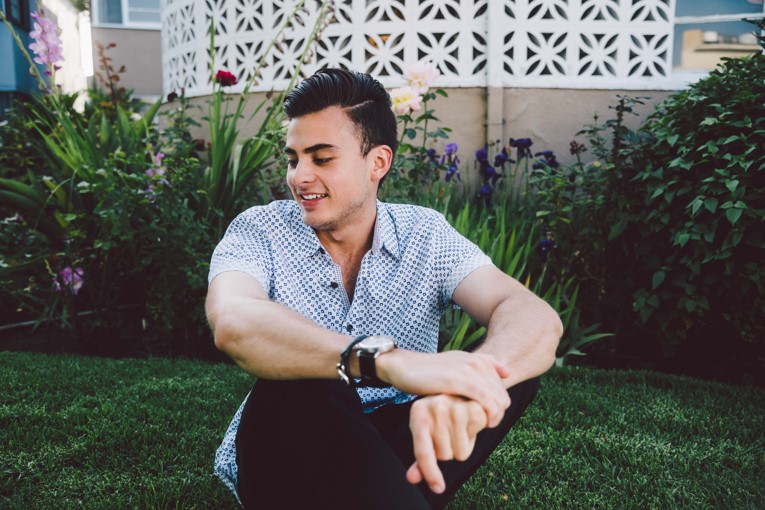 Today we’d like to introduce you to Adan Langbaum.

Thanks for sharing your story with us Adan. So, let’s start at the beginning and we can move on from there.
Filmmaking was always something I had an interest in growing up. When I was little, my sister and I would spend our summers making short films around the house and yard.

Funny enough, she was behind the camera while I acted in all the films. That was my first exposure to filmmaking, and I immediately gravitated towards it. I was always intrigued by cameras at a young age, and that’s how my interest in cinematography began. Fast forward to high school, one day my friends and I decided to make a music video after band camp. I had a camera and decided to shoot and edit it all. The video was lip synced to Taio Cruz’s “Dynamite.” We really didn’t know how the video would turn out, but the reception from our school was incredible. It blew up on Facebook. From that point on, my friends and I made a total of 10 music videos throughout the end of high school. The videos kept getting better, with higher production value, and that was probably the point in which I knew I wanted to make a career out of it.

I ended up applying and getting into The University of Texas Film program and attended for 4 years, graduating in 2016. After school, I moved out to LA to pursue my goal as a cinematographer. It’s been a wild 2 years so far, and I’m thankful for the opportunities that have presented themselves, but I’m still hungry to achieve my goal as a DP with representation. Everyday gets a step closer, and I’m proud of what I have achieved thus far into my career.

Has it been a smooth road?
Like any freelancer in LA, the road is not always smooth, and it’s far from glamorous. LA is one of the best places to make a career in cinematography. There are a lot of opportunities, but also tons of competition. To me, the biggest struggle thus far is getting seen. Because LA has such a saturated market in film, it’s hard to stand out and make a name for yourself. That’s something that I’m learning along the way. Not only is your work important, but equally important is how you brand yourself. You’re in complete control of your freelance career, and how much you put in directly effects how much you get out of it. So, I have to keep reminding myself to put in the work, day in and day out, and eventually the payoff will be worth it.

So, as you know, we’re impressed with Adan Langbaum Director of Photography – tell our readers more, for example what you’re most proud of as a company and what sets you apart from others.
My job is to execute the director or client’s vision, whatever is may be. I personally prefer shooting music videos and fashion films/promos. I feel that as a young cinematographer, these projects give you the most flexibility to flex your creative talents. This is important when trying to build your reel, as every project can propel you further to your ultimate goal. What sets me apart from others, and what I’m also most proud of is that I shoot, edit, and color all of my work at the moment. I feel that this is advantageous because I can work with any budget, and communication is direct – I don’t have to go through a chain of people to get a job done. I prefer to have projects as lean as possible, that way either you or the client has more creative control. Having skills in both editing and shooting has definitely allowed me to progress further in my career as I don’t have to rely on an editor or colorist to put my work together. I can shoot and edit whenever I want, and I feel that that’s very important as a young cinematographer trying to get your work seen.

Let’s touch on your thoughts about our city – what do you like the most and least?
I absolutely feel that if you want to be a cinematographer, Los Angeles is the best place to do it. There are of course other cities (New York, Austin) that have opportunities, but not to the extent as here. Los Angeles has all the tools available on any day – other cities aren’t as easy. If someone was just starting out, I’d say Los Angeles isn’t necessarily the only place to learn however. I went to school in Austin and I learned a great deal about filmmaking. I do feel though that the ultimate goal as a cinematographer will eventually lead you on a path to Los Angeles. 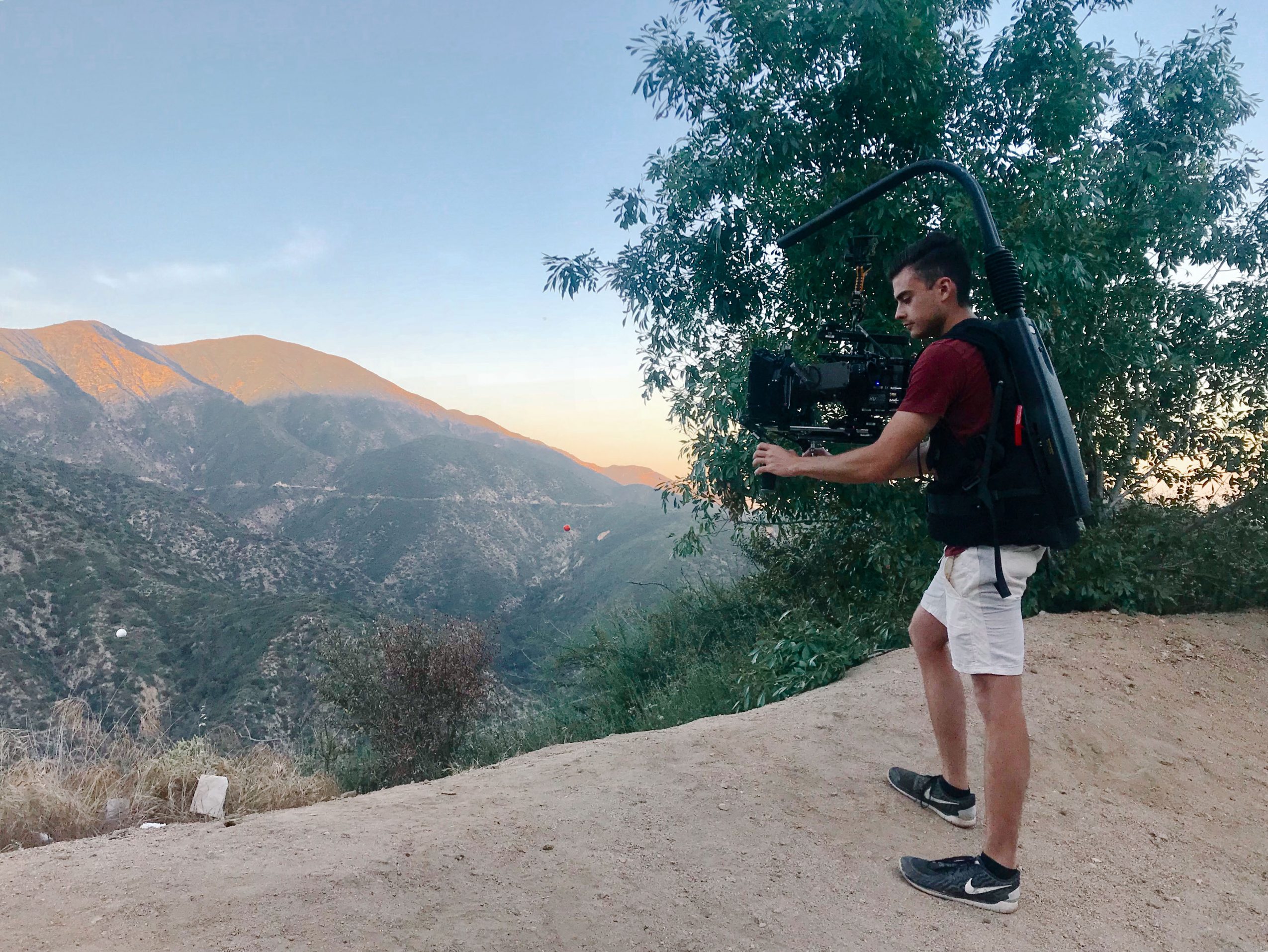 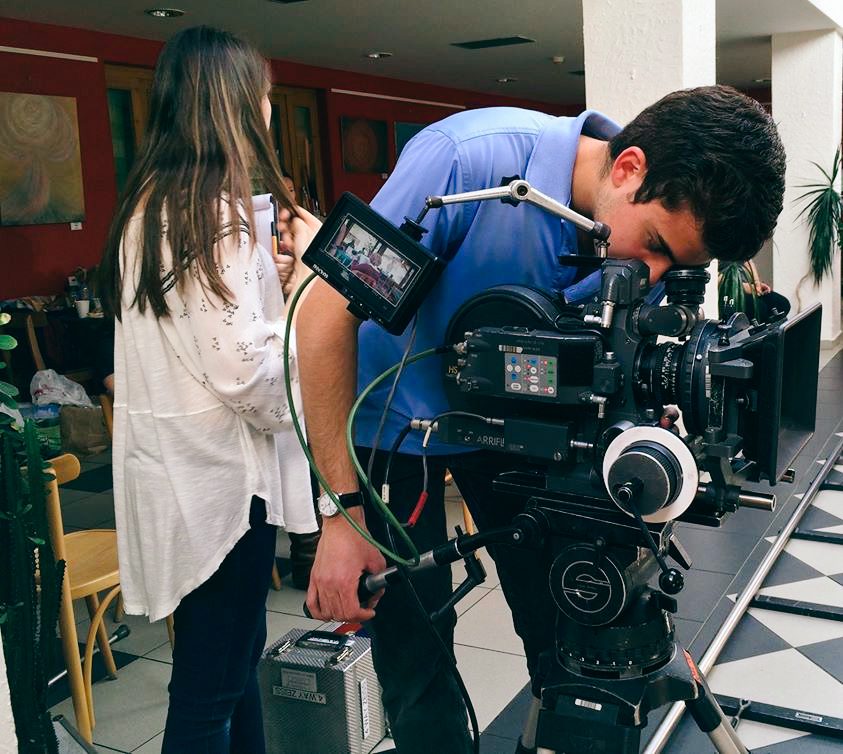