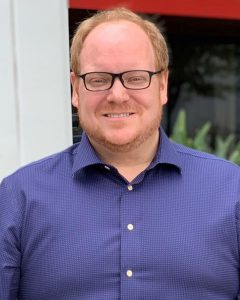 Today we’d like to introduce you to Rob Hedrick.

Hi Rob, can you start by introducing yourself? We’d love to learn more about how you got to where you are today?
From the time I was a small child, I was fascinated by technology. I was fortunate to grow up in a house that fostered creativity and learning. My dad taught graduate level math and computer science. When I was eight, my Grandfather gave me his 8mm Bolex and some film and I was hooked. I started making short films with friends and making sets in my parent’s garage and shooting stop motion films with legos and toys. I found a further love for live theater and started volunteering at a local community theater doing lighting design and sound which led me to go to a conservatory in NY for Theater Arts and Film. One of my hobbies during all of this was storm chasing, I was fascinated by tornadoes and severe weather so I built a vehicle with scanners and radios to chase storms. I started getting more and more tornadoes on tape and selling them to local tv stations. I got invited to join one of the tv station chase teams in Oklahoma City, and that grew into a photojournalist job covering news, sports, and of course weather. In 2008, it was announced that the Seattle Supersonics would be moving to Oklahoma City and they were putting together a broadcast team. A good friend recommended me and I was hired on as their tech manager. I later went on to go to Washington DC to help start a television operation covering DC area sports. In 2015, the same person who hired me in OKC was working on a project in LA and wanted to see if I was interested and I’ve now been here for 6+ years.

Would you say it’s been a smooth road, and if not what are some of the biggest challenges you’ve faced along the way?
Working in television is challenging, and it’s almost a rite of passage to be fired. One of my first television jobs was working for a small station in rural Oklahoma, and we always joked that more people watched the fish tank at the local pet store. That station was very small so we all wore many different hats, and while frustrating at the time it taught me a valuable skill set to be able to perform multiple roles in a tv control room. Some mornings I would TD a show, some mornings I directed, some mornings I edited the show, and even one morning, I hosted (that was strange). After what I thought was a good run, I was pulled into a meeting with the station manager and GM and was told I had forgotten (I hadn’t) a live remote they had scheduled (and not told anyone about) and they fired me. At the time, it was like a kick in the stomach, but it led to a better job that ultimately gave me the skillset to get to where I am today. I’ve had numerous failures in my life, and yes, when they happen they are devastating but time does heal, and I look back on them now looking at them as small shoves that push me to do something else and to grow.

Can you tell our readers more about what you do and what you think sets you apart from others?
My current role is tech manager and supervising producer for a nationally televised sports program. My skill set blends the creative and the engineering sides of my brain. I thrive in an environment that lets me use my creativity to problem solve and fix things. I also supervise our post-production process that delivers more than 100 hours of post-produced television shows for network television. In the live television environment as tech manager, it’s my responsibility to work with our production manager to make sure that the 5 TV trucks are ready to produce up to 7 hours of television from a new city every weekend. This involves setting up of cameras, miles of fiber, and hundreds of amps of power on-site to create a state-of-the-art production facility, usually in some rural spot with limited resources. The production manager and I work hand in hand to solve issues and make sure that accommodations such as internet and communication are ready when the crew arrives to produce the television show. It is then my responsibility on show day to contact network operations and make sure that the tv truck is ready to deliver the quality of telecast expected by the network. I thrive in high-pressure situations, arguably I function better in high-pressure situations than I do in any other, all while staying calm. We had a total network collapse during one of our events and after 4 hours of working to solve the problem my boss said “You stayed calm during all of that” and I remarked, “Well the equipment doesn’t know if I am mad, why should I be upset?”. I have a plan c, d, and f in place for when a and b fail. I also like to creatively problem solve and use off-the-shelf equipment in ways that they weren’t intended to perform.

Risk taking is a topic that people have widely differing views on – we’d love to hear your thoughts.
In live television, everything is a risk, but you have backups in case something doesn’t go according to plan. I had a well-paid job that I left to pursue television, I had a good job in television news that I left to pursue a job in pro sports television. You have to take risks and accept challenges if you are going to grow. I always want my next job to be just a bit outside of my comfort zone so there is room for growth, if it’s not a challenge then why change from what you are currently doing? 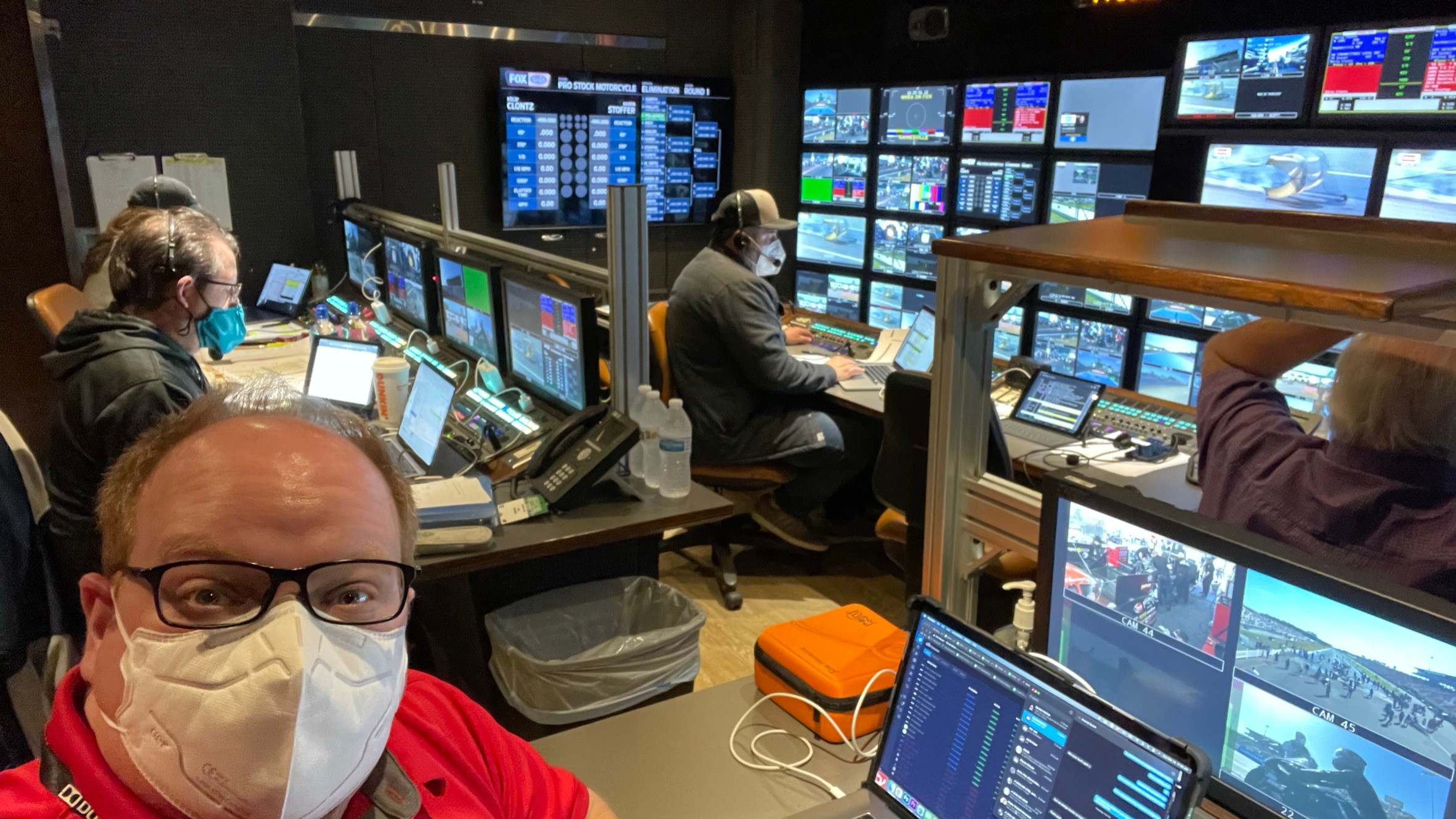 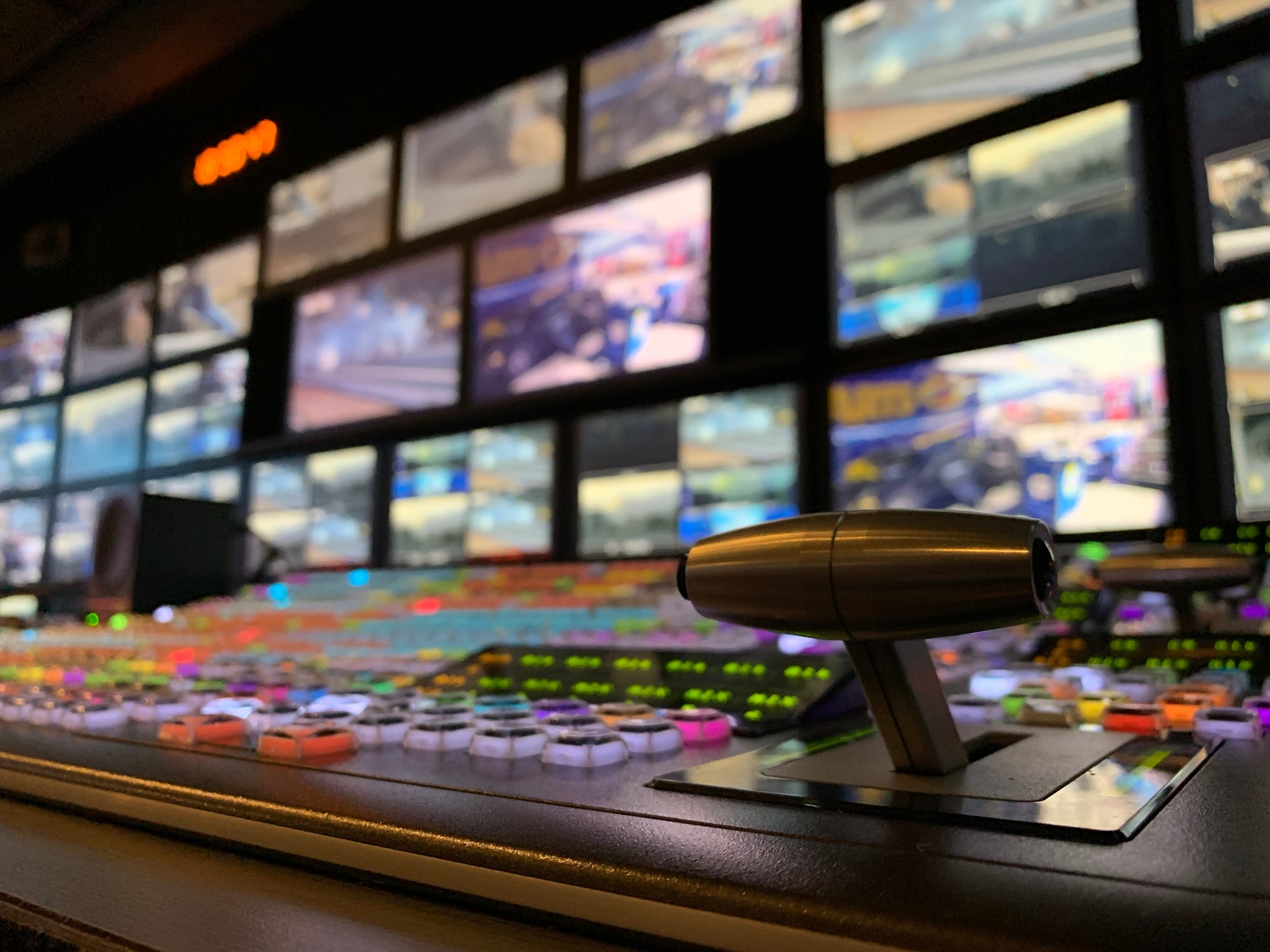 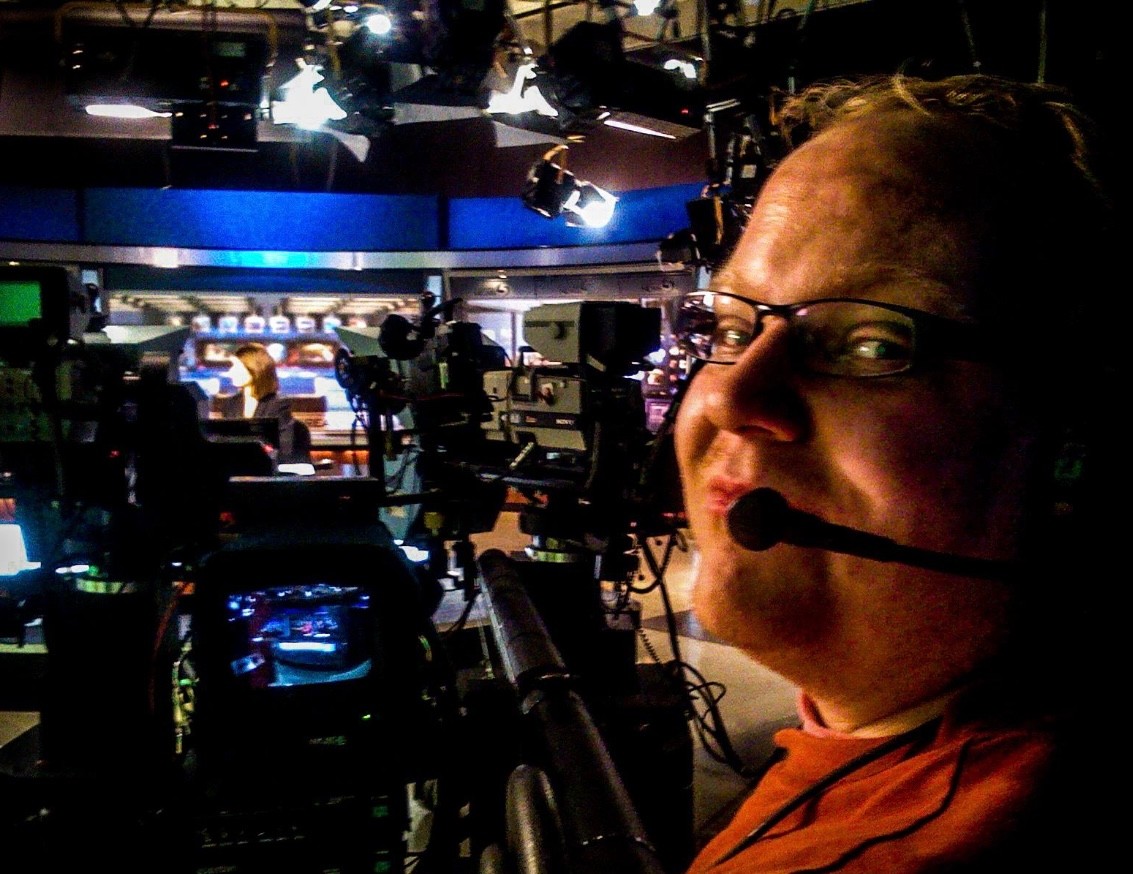 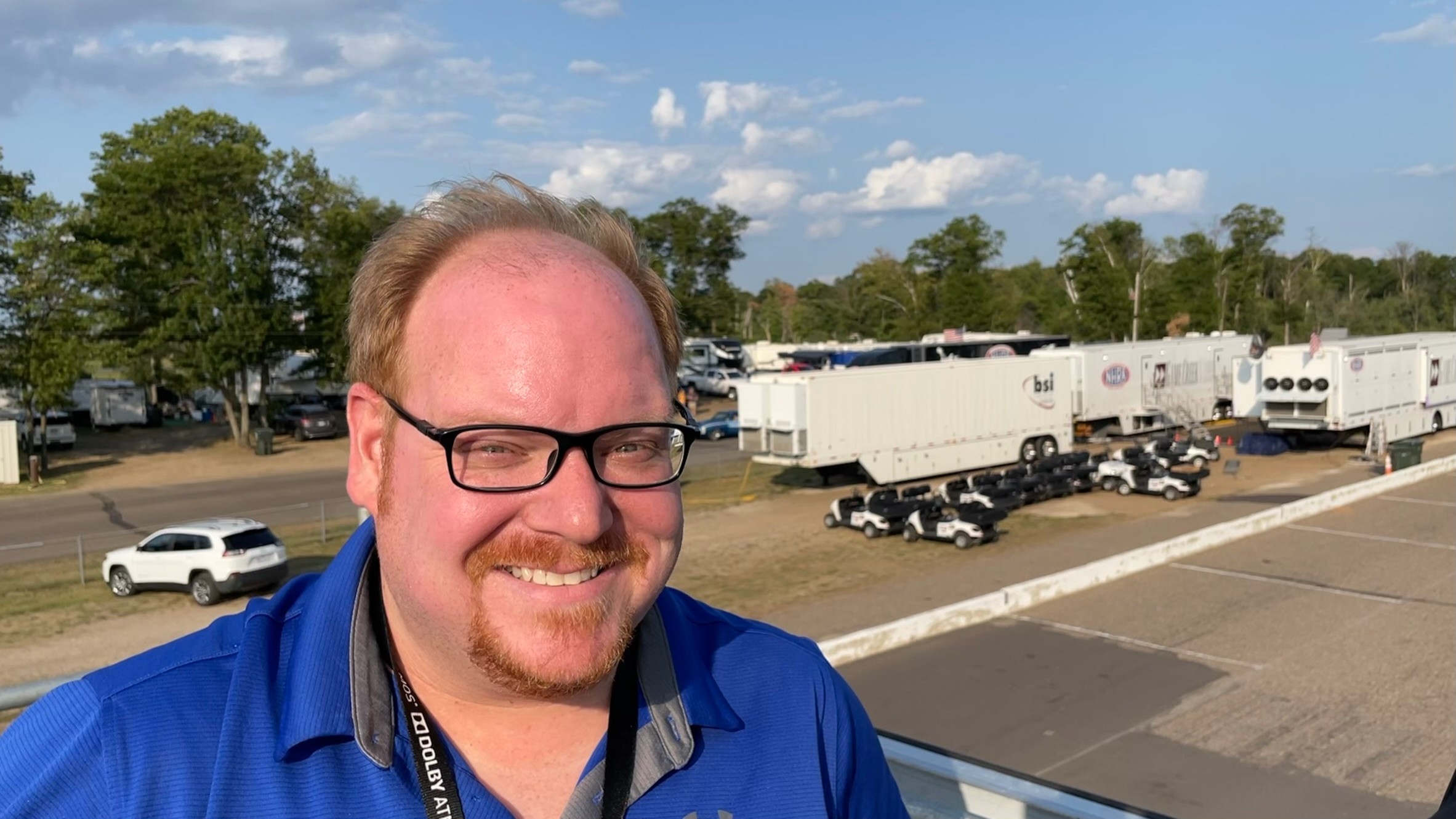 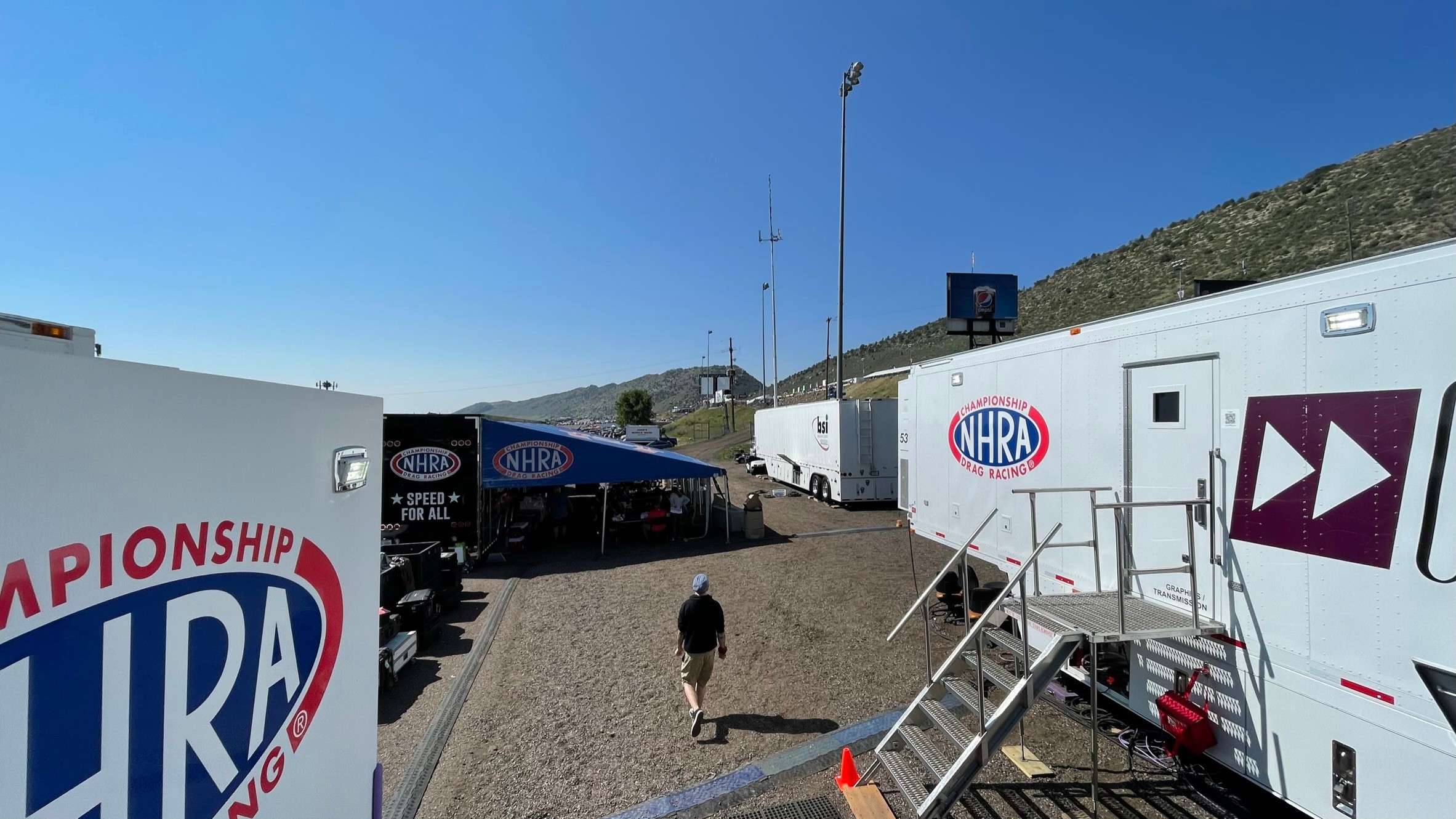 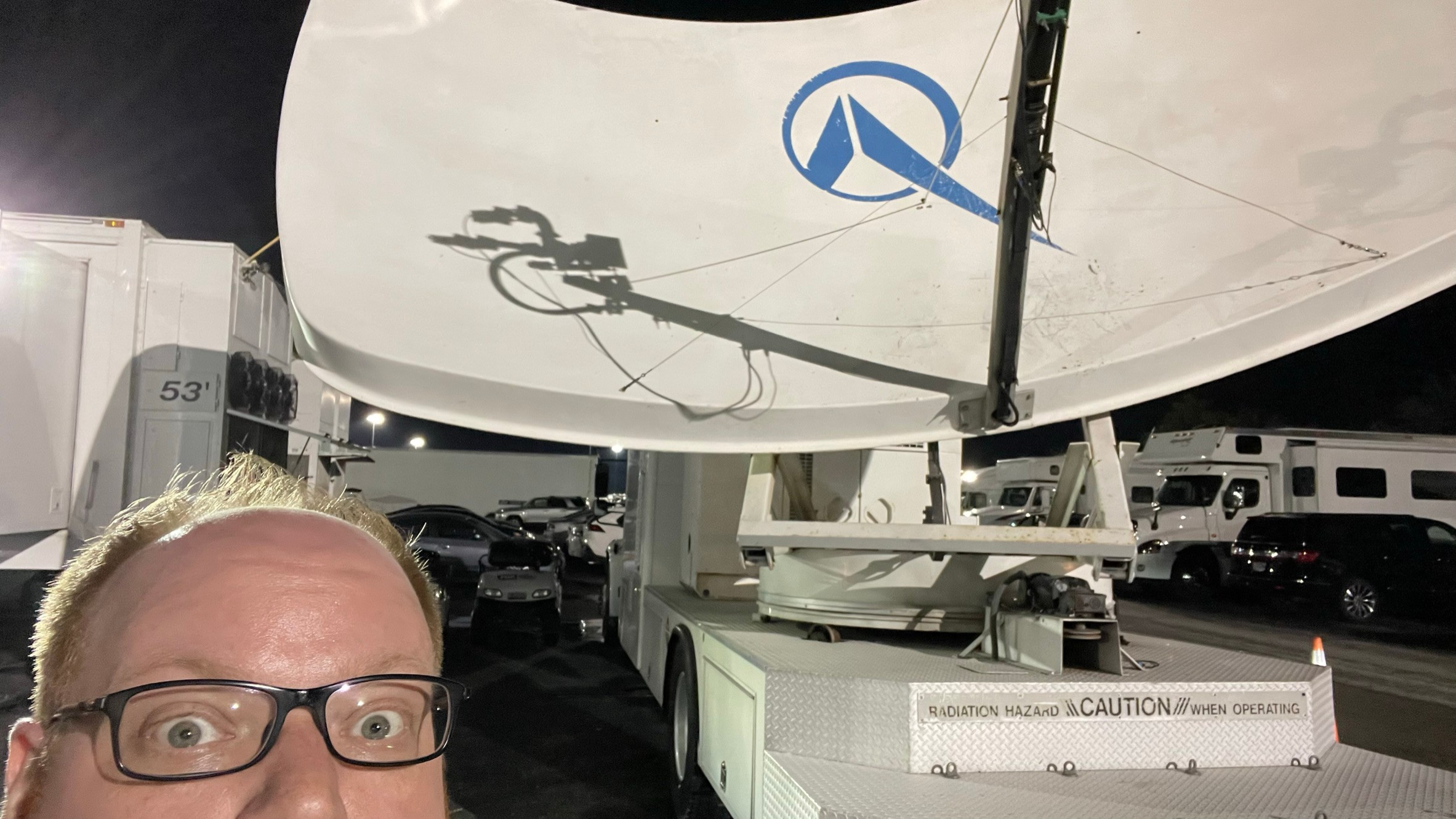