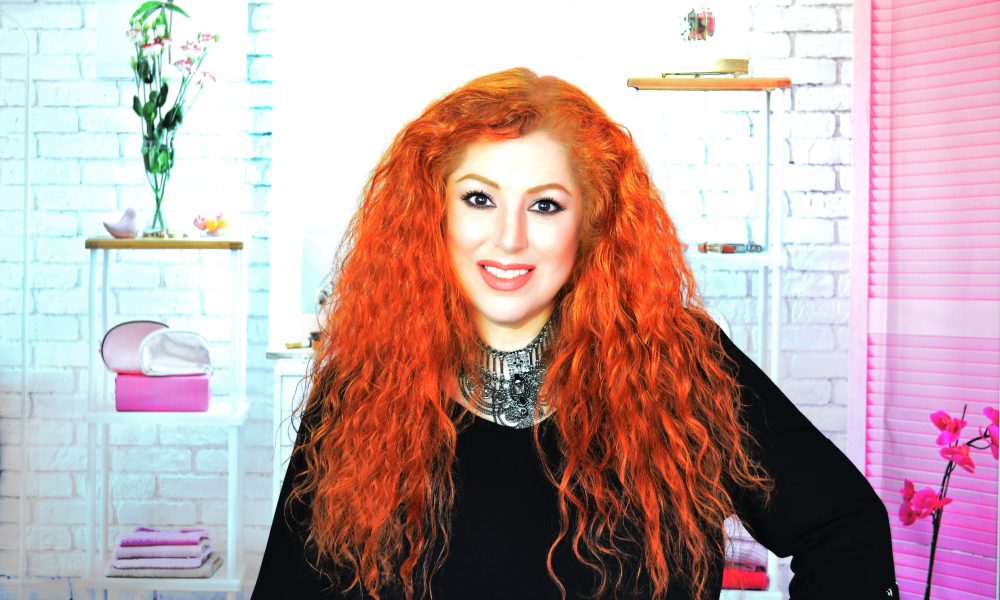 Today we’d like to introduce you to Gina Jet Ortiz.

Hi Gina Jet, can you start by introducing yourself? We’d love to learn more about how you got to where you are today?
My intrigue with “gender-bending” began when I was 14. I was already a working photographer who was very comfortable with the “alternative lifestyle” community, and I was hired by a well-known local Drag queen named Chanel Austin to photograph a big performance she was doing at the People’s Fair in Denver. I went backstage to let her know I had arrived, and she allowed me to watch her as she did her makeup. She transformed from a scruffy farm-boy into an exquisite vision of Barbra Streisand right before my very eyes. It was the most incredible thing I had ever seen! After the show, she invited me to bring all my photos to a lunch with her group of Queens at a local diner, and they all swooned over my work. They took me in as one of their own and I would go on to photograph many more performances as well as learn gender-illusion makeup from the best of the best. I went on to work in the music business for the next two decades, transforming men into women on the side just for fun. I moved to L.A. in ’98 and quickly realized that in order to survive here I would need to find a niche, so I started going to Drag clubs to pass out my business card. Before I knew it, I had a line at the door, so I made it official and “went pro” in 2000. It was before social media so it took a few years to build up my client base.

I’m sure you wouldn’t say it’s been obstacle free, but so far would you say the journey have been a fairly smooth road?
Smooth? Oh God no! My journey has had more bumps than an off-road race! The first major hurdle was getting over the nasty little drug habit I had as a result of working in the music business all those years. Once I had gotten clean and established myself in the community as a “male-to-female” (or MTF) makeup artist and photographer, I was diagnosed with breast cancer. I was pursuing a career in medicine at the time, doing my lower-division coursework for Pre-Med at L.A. Valley College when I was diagnosed. I had to drop out of school to do what turned out to be nearly 18 months of treatment. During that time, when I was bald as a baby and weak as a kitten, I was doing transformations on crossdressers and trans-women to keep the rent paid. It was also during that time that I was told of the passing of three of my closest friends back home, as well as my cherished Grandmother, and my doctors would not allow me to fly home to any of their funerals. I was dealing with profound grief along with chemotherapy, so it was a challenge to pretend to be happy and upbeat for my clients. After I completed my treatment and was declared cancer-free, I had to make the tough decision of whether or not to return to Pre-Med. My school friends and lab partners had all moved on to UCLA by then, and I suppose it was all that time in hospitals talking to doctors and nurses about their careers that I arrived at the conclusion that I might be able to help transgender and gender-questioning people in a more profound way if I stayed put. I wanted to be a surgeon, but I realized through my own treatment experience that it’s the nurses who help the patients the most and not the surgeons. They also take the most guff from people and that is not how I would be happy. So I struck a deal with the Universe: allow me to survive this, and I will spend my life in service of others. It was a close call, but I’ve stuck to it with zero regrets.

Thanks – so what else should our readers know about your work and what you’re currently focused on?
On the professional side, I have still not figured out how to overcome the same old two gigantic roadblocks: commercial real estate prices and having only one location. The marijuana industry is a major factor in the rates and availability of warehouse space in L.A., and it’s a huge problem for small business owners. After nearly 15 years in business here and doing very well by then, I lost my building five years ago when the owner sold it to marijuana growers. I had no idea how much rents had gone up in that time, so I was never able to afford another building. My business has shuffled around L.A. to numerous “temporary” locations since then, and it has not been good for business.

The other even bigger hurdle is having only one location to serve a vast number of people. Most people have no idea just how many men crossdress or how many transgender women and gender-questioning people live in or visit Los Angeles. The numbers are actually staggering. I’m missing out on a huge amount of business because it’s just too difficult for clients to drive hours through traffic, hours for the service, and hours back home without being noticed. Since the bulk of my clients are living a secret “double-life,” they simply cannot be off the grid for that many hours. My dream is and always has been to franchise more locations, but to do that on my own has been more than just challenging. Unless a zillionaire swoops in, buys me out, and hires me to consult, it’ll probably never happen. That’s a damn shame considering the huge number of bi-gender people in need of services. I’m in a very precarious position at the moment in that I need to either franchise, sell or quit because rebuilding after Covid without a permanent building is proving to be a bigger roadblock than I can hop over this time. Doing this business as a mobile service is very difficult, to say the least. I would rather put my experience to good use by writing books, creating teaching videos, and training new entrepreneurs on how to open and manage similar services. The trans and bi-gender communities are not going away, they are only growing.

But even with all of the seemingly soul-crushing challenges, I’ve been incredibly fortunate. I would be remiss to omit the many joys I’ve been blessed with in working within this colorful and unique community. It goes without saying that the crossdressing community and the transgender community are indeed very separate entities that happen to overlap. They have two very different sets of priorities, challenges, and of course, makeup styles. I have been their “safe space” for over two decades, and the person they confide in about their pain and sorrow, their needs, and their dreams. My goal is to remove their shame and allow them to be who they are inside without guilt or embarrassment. I’ve been moderately successful in this, I think, and I’ve prevented more than a few suicides and divorces. They know they can trust me, be themselves around me, and look damn good while doing it. Now that the entire world has been *somewhat* educated about the transgender population, it might be time to recognize that men who crossdress are not deviants or perverts but rather just a different marker on the gender spectrum. They are film directors, musicians, military, law enforcement, pilots, judges, athletes, and actors. They’re your Dad, your brother, your son. The practice of crossdressing is still highly stigmatized, and I want to change that. I hope it’s safe to say that the term “transgender” describes a person who is moving from one gender to the other, whereas a bi-gender person lives happily and at different times, as both genders. Suffice it to say, with every client I meet and work with, I get *two* friends out of the deal. That’s the blessing that I’ve been given, and to be allowed into that private little room in their hearts has been both an honor and a privilege. The friendships, the highs and lows, the life lessons, and the laughs have all been components of the “big reward” after the hardships. Twenty-one years of countless challenges and thousands of clients later, I still feel like the luckiest girl in the world.

Do you have any advice for those just starting out?
Always remember that social media is both a blessing and a curse; both your friend and your enemy. On one hand, it’s a wonderful marketing tool. On the other hand, you will need to spend a lot of time marketing, which can take time away from doing the actual work. Either be prepared to work around the clock with no allowances for a personal life or find a partner. Also, keep good financial records! I was too busy to do that and it came back to haunt me in a big way. Final advice: don’t do anything your heart isn’t into one hundred percent. 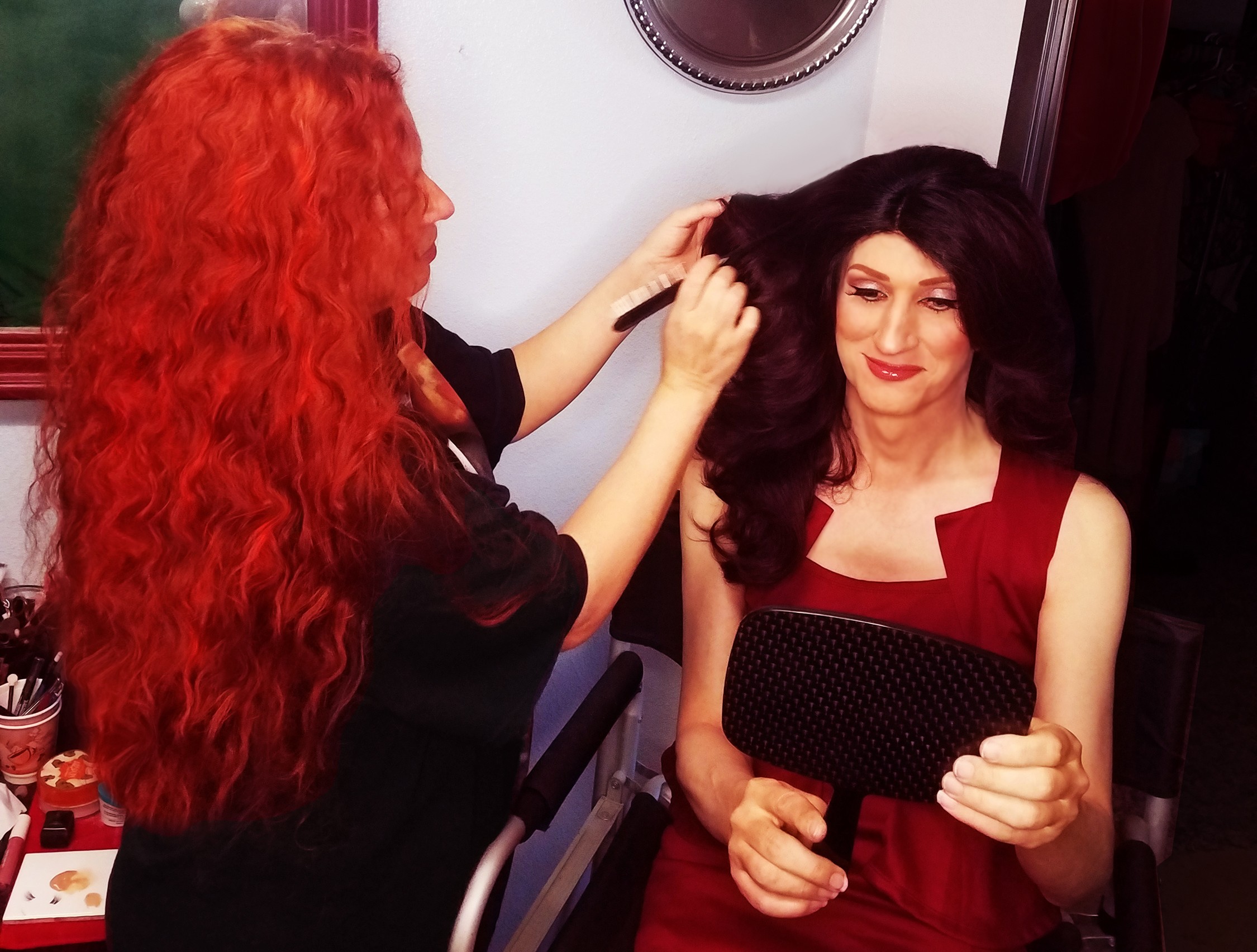 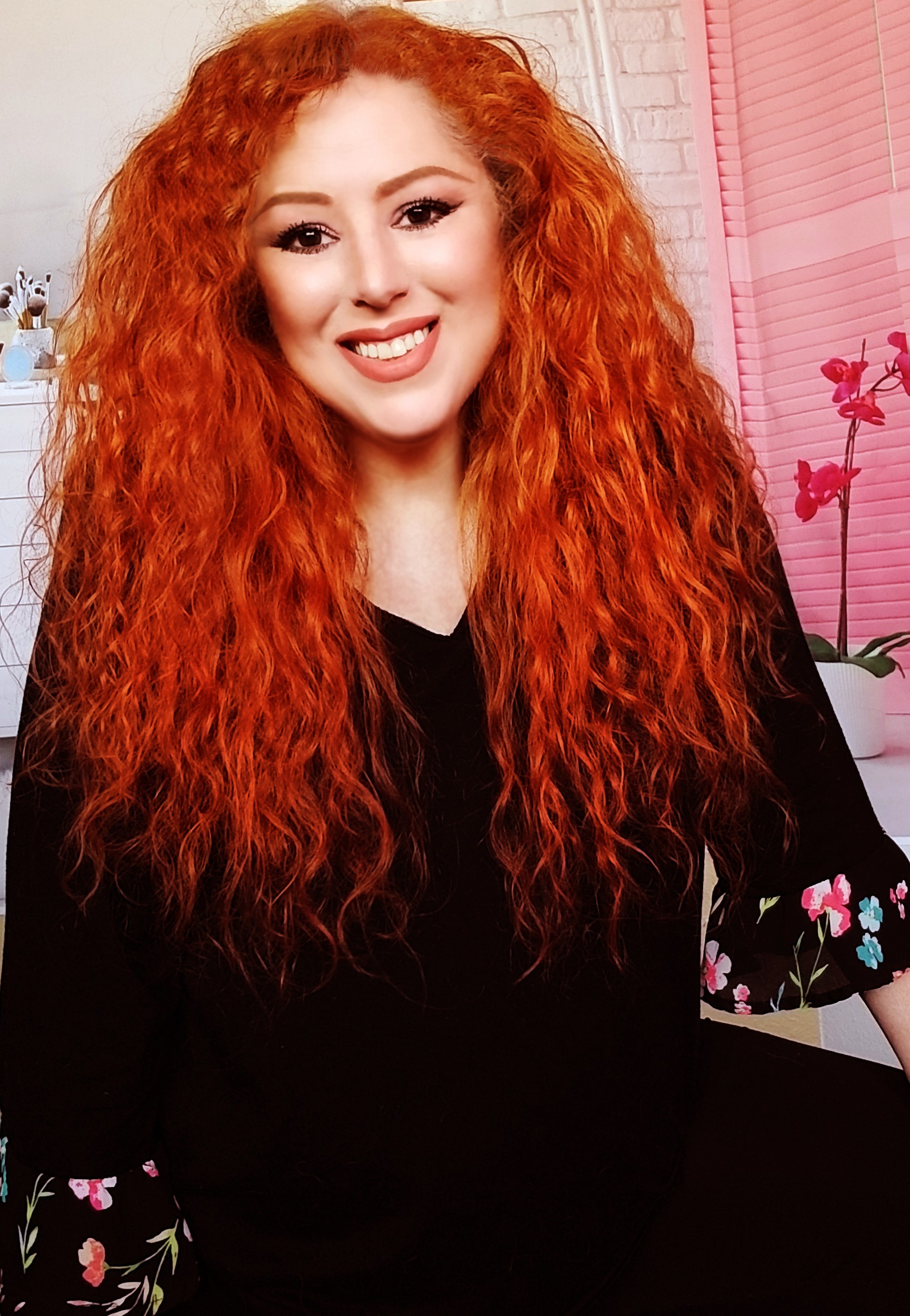 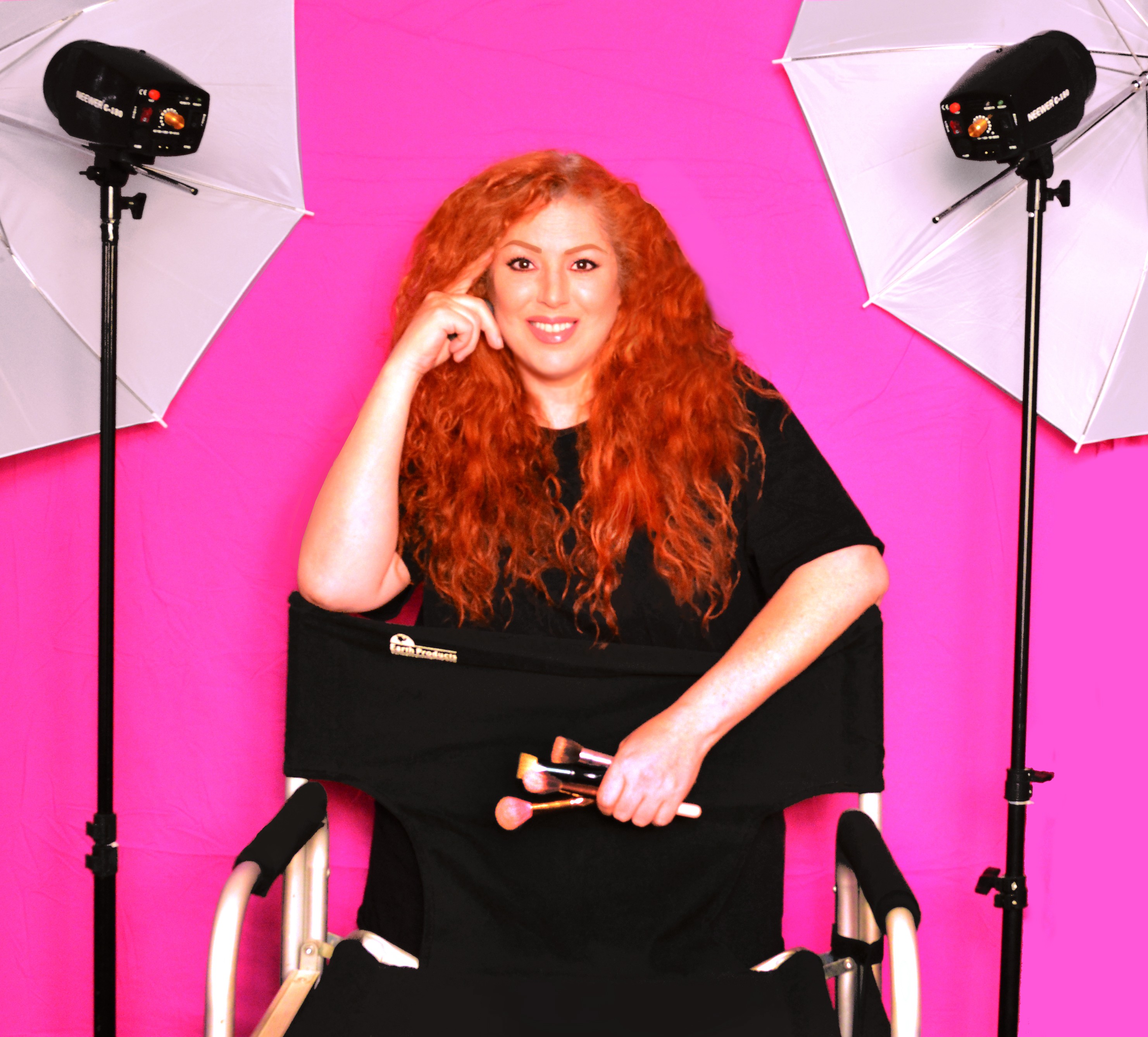 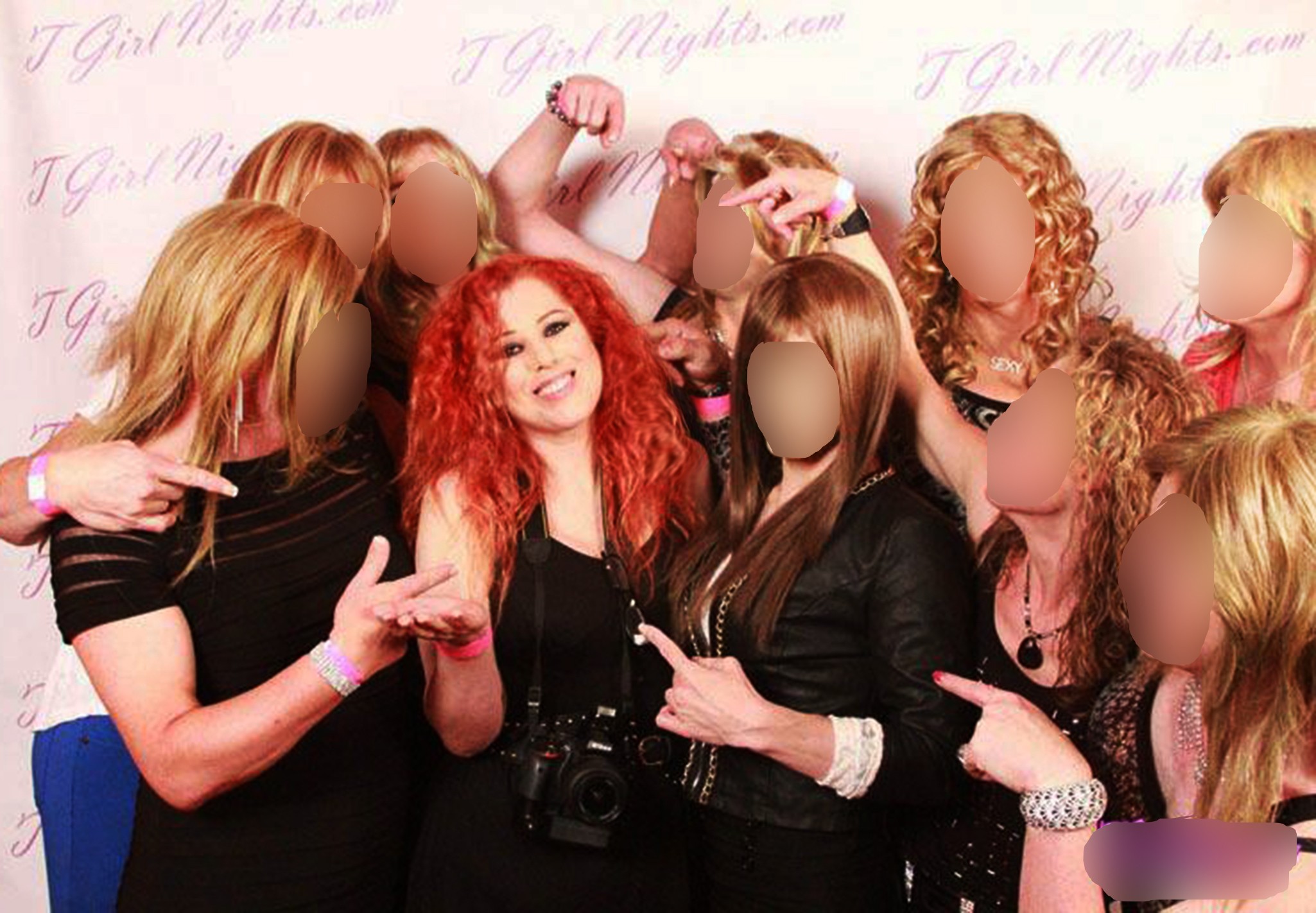 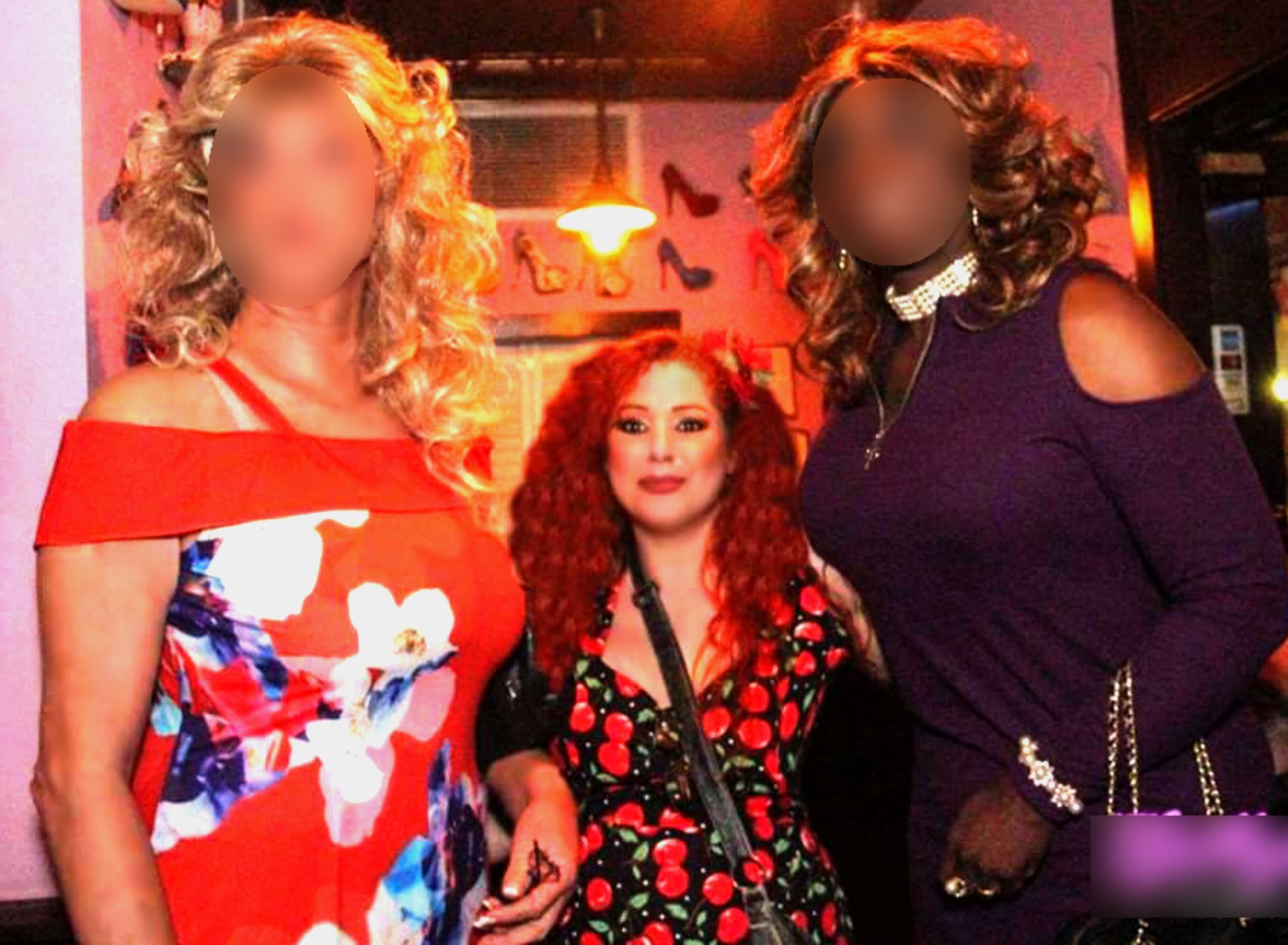