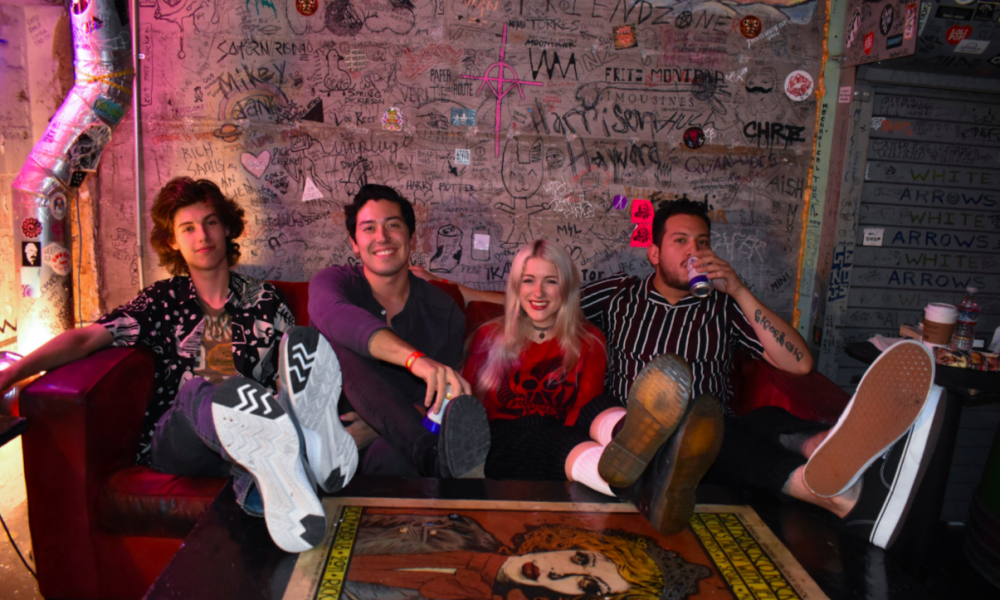 Today we’d like to introduce you to Izzie Clark, Danny Lomeli, Cole Bailey and Julian Paz.

Izzie, Danny, Cole and Julian, can you briefly walk us through your story – how you started and how you got to where you are today.
ALL: TYCA began in late 2018–Izzie went to a show in the Castro District of San Francisco, the city where she’d moved to a few months prior. After a night of dancing and sweating, she walked outside for a smoke.

Danny Lomeli, our chef of riffs and solos, happened to be there at the right moment.

“You got a lighter?” Izzie had bummed a cigarette but lacked the fire to light it. Danny’s friend Nick had one, and for the next 15 minutes, they were smokin’, laughing, and a having good time. Danny showed Izzie a video of an audio recording and it ripped! The rest is history.

DANNY: It all started with watching music videos (when they still had them on MTV) in the 90s when I was a kid. I was always completely entranced by Smells Like Teen Spirit by Nirvana, and Bullet With Butterfly Wings by the Smashing Pumpkins. Since then, I was doomed for this!

IZZIE: I started playing music thanks to my family and good friend Emma Jacobson. My sister Cat took up guitar, piano, and songwriting when she was 15 and is still making music today–she’s been my rock as a musician and has supported me through countless creative pursuits. My first band was called GRRLS and we played nasty pop/rock/punk out in Ventura, where I’m from. A few years ago, I realized I want to devote most of my life to music. I’ve always been inspired by the prospect of global change, and I think we owe a lot to artists in helping to push forward social justice movements. I guess that’s what drives me–the hope for a better world!

JULIAN: My family got an iMac when I was 9 or 10, so making shitty GarageBand loops took up most of my time and interest as a kid. Loop making turned into songwriting, turned into forming bands, turned into recording and touring. I still make time for shitty loops on my MacBook though.

Has it been a smooth road?
DANNY: We all share one common goal, which is to rock. But since we all come from relatively different places it can sometimes be difficult to navigate through each other’s personal interests and learn each other’s boundaries. At the end of the day, we all love each other and because we share the common goal, we are always happy to set our differences aside for the sake of having fun.

IZZIE: We’ve been really lucky so far–we’ve been a band for around a year and just wrapped up our first tour in January. I think being a San Francisco band gives you a lot of opportunities to play around and build a local following because everyone knows each other up here, and we aren’t so inundated with content.

Personally, my biggest struggle is dealing with my neighbors. We have a perfect rehearsal space set up in our garage, but every time we get down to business, they do some weird shit like stand outside the garage door and film us passive-aggressively. Maybe they’re building a police case against local music!

Maybe the collective struggle right now would be the geographical distance between Julian, our bassist, and the rest of the band. He lives in Sacramento and we live in San Francisco, but it’s barely an issue because he really knows his shit. He plays in a couple of other bands in Sacramento and is a bonafide pro. In the past, we had some lineup changes (drummers are hard to pin down) but now Cole is our guy and we couldn’t be happier. Rock and roll baby.

In San Francisco, being a woman in music has been a great experience. There are so many musicians and artists of all identities who support each other. In the past, when I lived in San Luis Obispo and Ventura, you could really feel that your existence in the music scene was a novelty–guys didn’t expect me to be good at music, or they discredited my experiences because they didn’t understand. The frustration as a result of that is motivating as hell.

For my fellow musicians feeling underrepresented–It’s HARD to break into a scene that is so dominated by men–especially white cisgender men–but DO IT! It’s so worth it, and by going for what you want, you’ll attract people who want to help you succeed.

We’d love to hear more about your work and what you are currently focused on. What else should we know?
IZZIE: We’re a four-piece genre-fluid rock band from San Francisco! Danny Lomeli plays guitar, Julian Paz is Danny’s brother and he slaps the bass, Cole Bailey plays drums, and I’m the lyricist, vocalist and guitarist. While Danny and I usually take the lead when it comes to writing a song, we all contribute to the songwriting process, and we’ve been able to explore that a lot more as we’re now diving into our first full length album. We’ve been official since February 2, 2019, when we had our first show in Sacramento! I’m proud of our flexibility and motivation as a unit, it’s awesome when you find people who are as down with their passions as you are. As for personal jobs and career stuff, I intern at a post-production studio in San Francisco and am a full-time student–I’m a Media Studies major which has been especially helpful in figuring out the nuances of the industry. I also work in the service industry like every artist in the city.

DANNY: I bartend at a few bars and restaurants in San Francisco. I owe a lot to that and love what I do. However, I try to spend every other waking moment on the band. If we can do this thing full time, believe me, we will!

JULIAN: I’ve spent the past couple of years playing professionally and teaching. I began to seriously burn out doing what I loved, though, so I traded the working musician lifestyle for a job in taxes earlier this year. We actually wrapped up our last night of tour before my first day at the office, so I was back in my own bed by 3am and learning about various IRS audit letters by 8am (true story). The change of pace has been great as it’s allowed me to focus more time and energy towards personal music endeavors. Sick!

Were there people and/or experiences you had in your childhood that you feel laid the foundation for your success?
Izzie: Creating art and music helped me survive my childhood. I lost a sibling when I was nine years old, and six years later I learned how to play music on the drum kit he left behind. Drumming makes me feel incredibly connected to my brother. It’s almost like a meditative experience, a medium between him and me. Maybe I sound kinda trippy, but it’s how I feel!

My sister Cat Clark also plays/writes music, and I know she feels the same way. Art is really powerful and healing, it’s definitely helped me heal from a good deal of grief. I think that’s a success in and of itself. As for later in life, I like to think that traumatic experiences make you realize how special good times and good people are, and how you should prioritize authenticity and love! 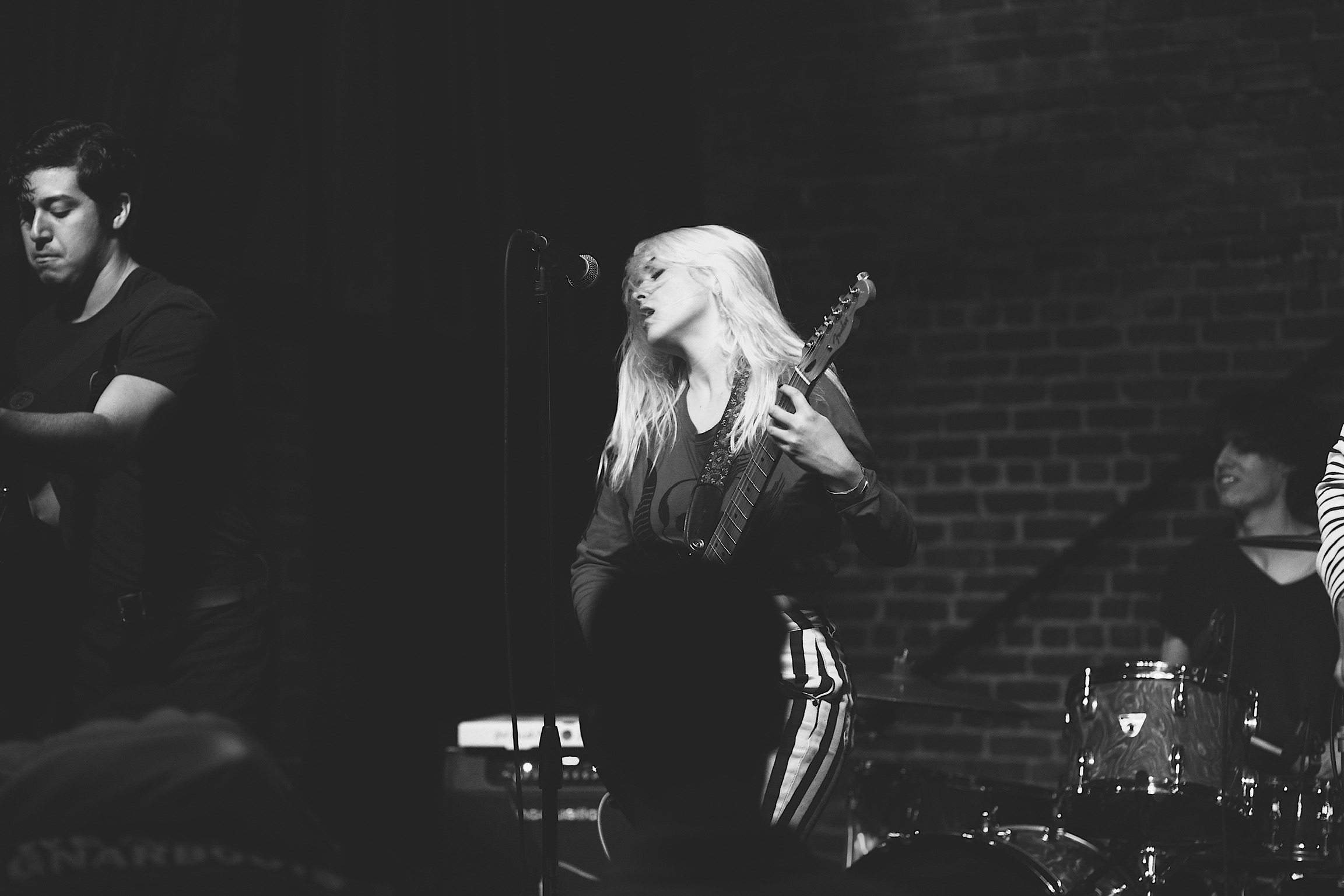 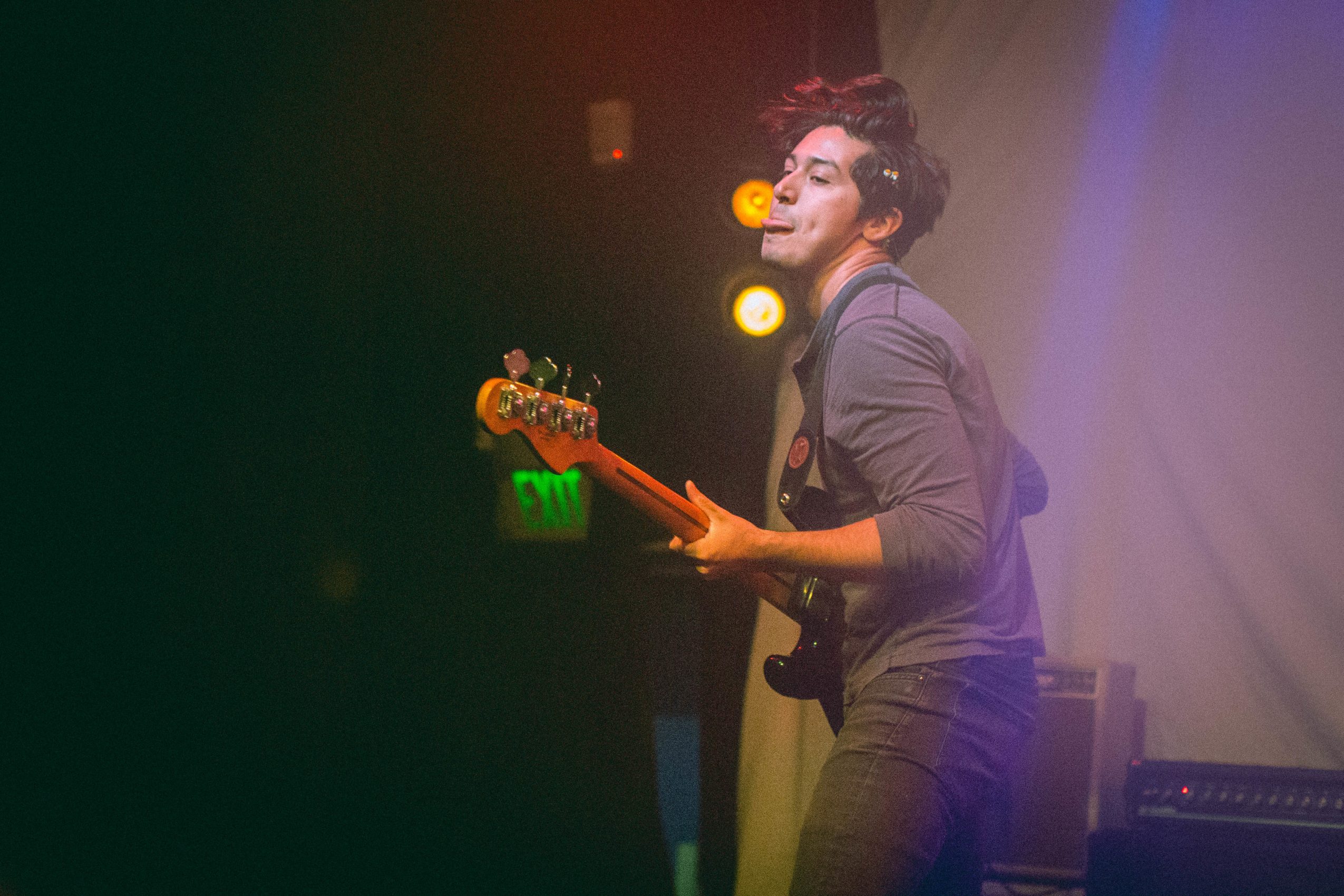 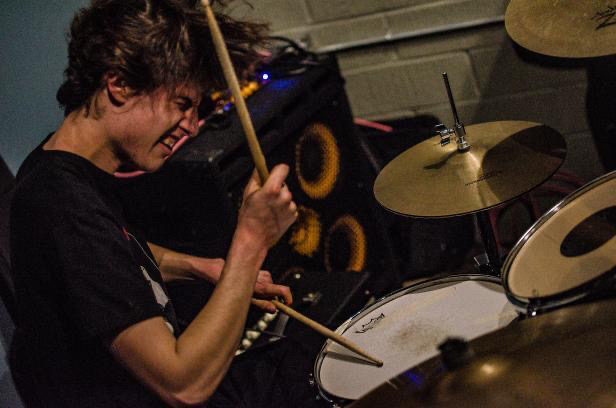 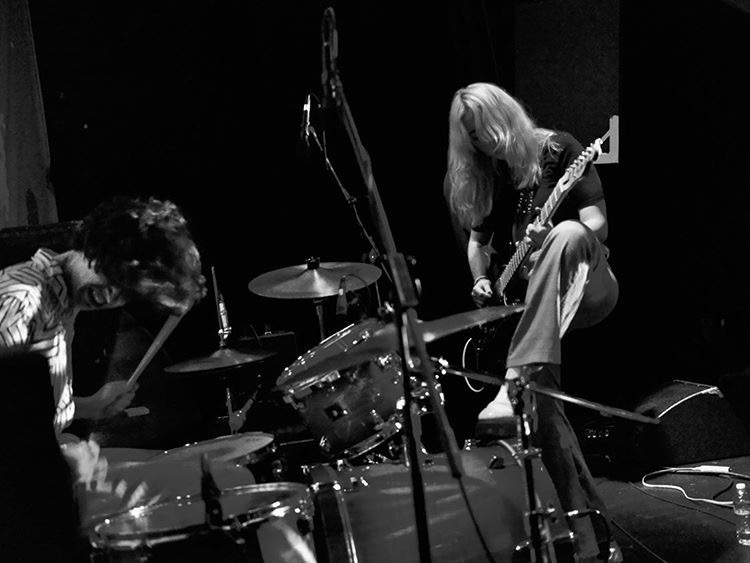 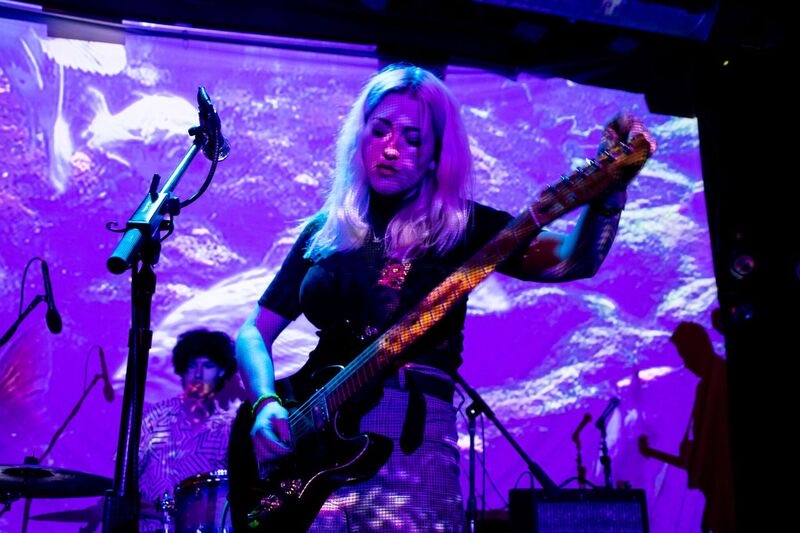 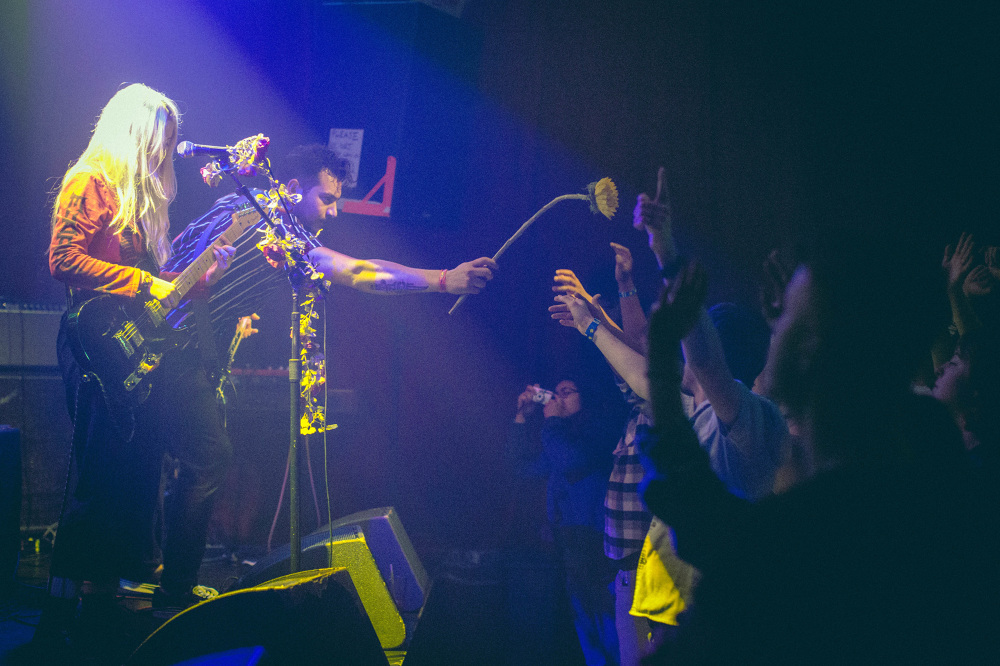 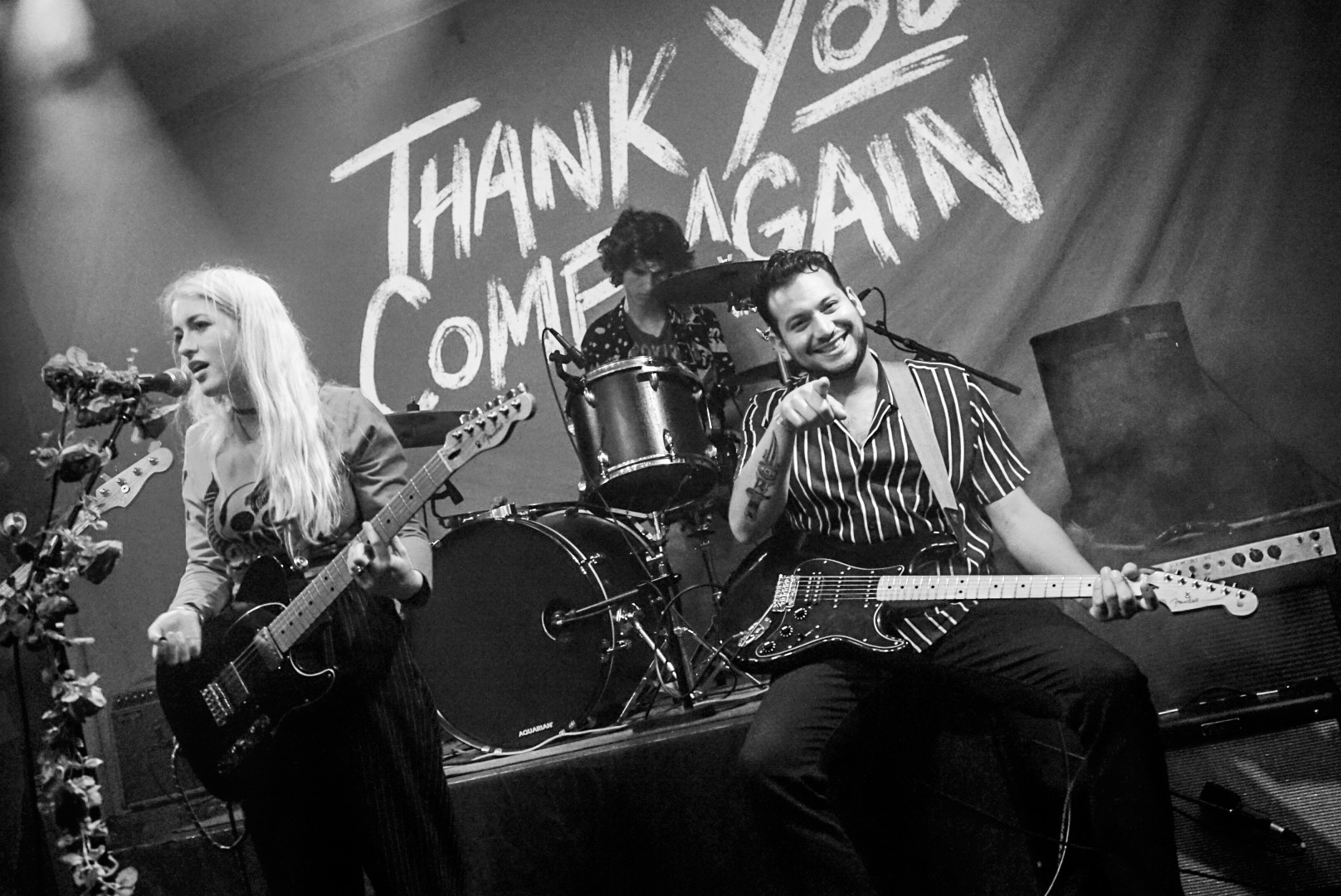