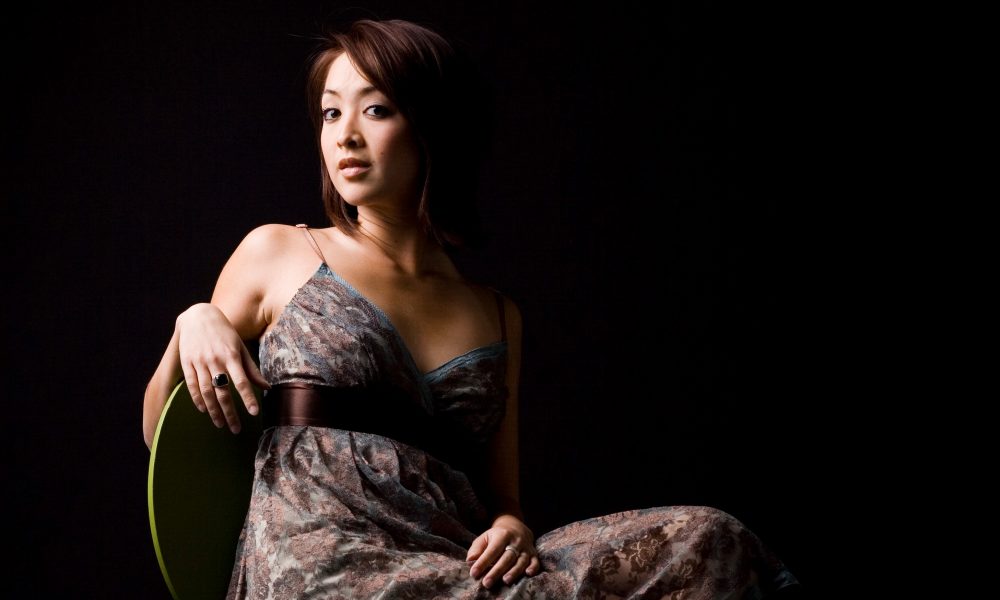 Today we’d like to introduce you to Selena Moshell.

Hi Selena, we’re thrilled to have a chance to learn your story today. So, before we get into specifics, maybe you can briefly walk us through how you got to where you are today?
I feel like I’ve already lived two distinctly different lives. The first half of my life was as a professional dancer and now, in the second half of my life as a filmmaker and creative producer. I trained in my hometown of Orlando, mostly in ballet from the age of five on, dancing in the front aisle of my big sister’s (Cheryl Mann) recitals while she was on stage. She was (and still is) a huge influence on me- she went on to become a principle dancer for Hubbard Street Dance Chicago and was on the cover of Dance Magazine. I was super proud of her for doing so well, but I was so insecure I quit dancing for a while, feeling like I would never achieve that level of success – so what was the point? (Ahhh, teenage angst, am I right?) I went into college thinking I would graduate and get a PhD in Marine Conservation, but while I was studying ecology and marine bio, I was also minoring in dance.

After college, I was the animal care manager at the Orlando Science Center when an old audition I went to came back to ‘bite me-‘ I had auditioned for Royal Caribbean as a sophomore and they offered me a job, but I turned it down to finish college. Somehow my resume ended up back on their desk, and they offered me a job the month after I graduated. After finishing a contract at sea as a dancer and aerialist, I came home to dance at Walt Disney World, where I had the honor of being the opening cast of Dream Along with Mickey on the Magic Kingdom Castle stage, where my sister Cheryl had been part of the legendary Kids of the Kingdom shows. I also got my DREAM job when I was asked to become an aerialist in the Festival of the Lion King as the Blue Bird. I loved my time at Disney with my entire being. I used to go to auditions for fun (it’s a free class, right?) so I went to the Broadway tour of the Lion King’s audition just for kicks- and I was floored when they offered me a job- the SAME week I had applied for a PhD program in Marine Conservation. (Life clearly didn’t want me to stay in academics!) I had the immense honor of touring with that incredible show for over eight years. I feel so fortunate to have experienced that tour with those amazing people for so long. We closed the first national tour in 2017, and I asked Disney if I could create a documentary about the closing of such a legendary show. To my immense surprise, they said yes. This was definitely the beginning of the next chapter of my life in filmmaking. Disney allowed me full access to all the top creatives- even Julie Taymor! It was a huge learning experience and made me realize how much I loved telling stories through film. After the tour ended, I moved to LA and immediately began PAing on every set I could, working my way up to first AD on small commercial sets, to now directing full time for social media and broadcast commercials, music videos, and short films. I’ve been SO lucky here in LA to meet the amazing people I have – especially my business partner and mentor, Allison Calleri.

I can’t believe someone of her pedigree and experience took me under her wing so early in my time here in LA. She worked at Fox for over ten years and worked on such films as Planet of the Apes (War and Dawn), X-Men 3, the Fantastic Four, and The Maze Runner series. She has used all that experience to help me shape my career by producing over 250 commercials with me as the director for clients like Facebook, DoorDash, Public Storage, and Colgate. She is now helping me get ready to shoot my first narrative short to shoot this year. I’m so endlessly thankful for her and everyone I’ve met here in LA who helped me get where I am today. I also get to stay in the live-events field as a creative producer for Black Ink Presents, a live event company who has produced so many live shows- from all the shows for Disney Music Group at the Hollywood Bowl (The Little Mermaid, Beauty and the Beast, and Nightmare Before Christmas, to name a few), to the first International DCAPELLA tour, to Rocketman with Elton John at the Greek Theater. I have learned so much with Black Ink, from stage managing to producing to creative directing. Most recently, I was the supervising producer for Coco at the Hollywood Bowl, which you can now see on Disney+! I am so thankful for my two years at this amazing company that has allowed me to continue to grow as a creative. Whew! Looking back, it’s been a long and wild journey, but I honestly wouldn’t have it any other way. So thankful for every opportunity and looking forward to what the future holds!

I’m sure you wouldn’t say it’s been obstacle free, but so far would you say the journey have been a fairly smooth road?
There are always obstacles when you’re chasing your dreams. My biggest one struggle at first was whether or not to go to film school after the Lion King documentary. I already had a degree in Environmental Studies, and the idea of incurring so much debt again was intimidating. Part of me is still toying with the idea of grad school (I love being in academic environments) but at the same time, I have learned SO MUCH from being on set here in LA and learning from working professionals. I still struggle with impostor syndrome now and again and have to remind myself of the directors I admire that also skipped film school to talk myself off the film-school-debt ledge. Most recently, I have found the pandemic to the largest struggle for me (which we all are going through together, which is something I take a strange solace in). Before the pandemic, my producer and I had a full year slated out with commercial shoots from ad agencies, some of which switched to virtual, but most went away completely. Thankfully, the virtual shoots still allowed me to direct, albeit via Zoom, but even they have slowed down quite a bit. We were able to still shoot two short films this year for Universal Music and Barak Ballet, but even those were changed and affected by what we are all going though. Thankfully, no one was ill on those sets, but a shoot I had scheduled in San Diego for a week was shifted indefinitely into the future when a cast member tested positive a few days before the first day. So, unoriginally as it may be, the last year has defiantly been an uphill struggle for me to stay afloat financially and creatively productive. But I know I’m not the only one that is going through this, and it hopefully will be over soon.

As you know, we’re big fans of you and your work. For our readers who might not be as familiar what can you tell them about what you do?
Due to my background as a professional dancer, I have found myself gravitating towards directing dance on film, especially in the last few years. I think my lifetime of experience as a performer and training as a ballet dancer informs my shot choices, camera setups, and lighting choices, all in service of making the dancer’s lines and technique shine. Instinctively, I know the silhouette that would be most flattering for a dancer and help guide my crews to highlight that in their angles of camera and light. I also have a deeper connection to the choreographer since we can literally speak the same language of dance terms. If something isn’t working for the camera, I’m able to help the choreographer find a new way to express the movement that is flattering for the film medium since most of our experience as dancers is on stage. Translating such an ephemeral art form to film is no easy feat, and I love the challenge of this translation. I also rely on my background as a photographer, which I was also professionally pursued most of my adult life. (It’s handy as a dancer to have a side hustle, and dancers always needed headshots- so I always had work!)

This expertise in composition, lighting, and color theory have helped me immensely in my career as a director. I love interfacing with my DPs, and while I’m not nearly as knowledgeable in very technical camera equipment as I would like to be, I am proud of myself that I have a good grasp on film theory and gear via my time behind a still camera. The shorthand I can have with my teams based on that experience has proven invaluable in preproduction and onset. I love using movement in my films, which I think comes back to my life as a dancer. The camera is the ultimate dance partner, and guiding the audience’s eyes to where the story is leading, what the tone is conveying, what the emotions the players in the narrative are feeling, can be done so subtly through camera movement. One of my favorite directors is Michele Gondry, and his use of camera choreography to convey wonder, magic, and transformation has always been so inspiring to me. I hope I can move into abstracted, magical realism areas as my career progresses. 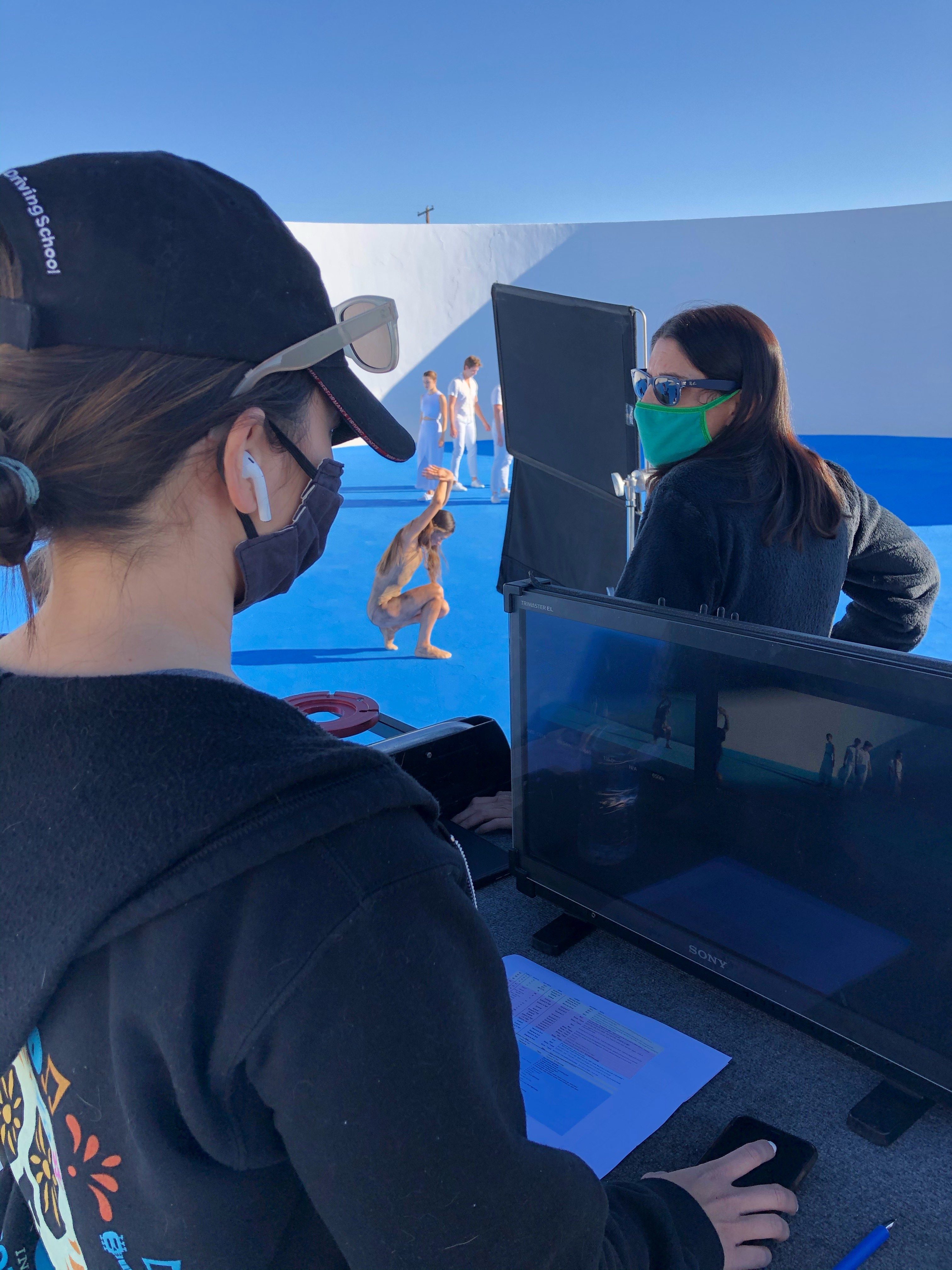 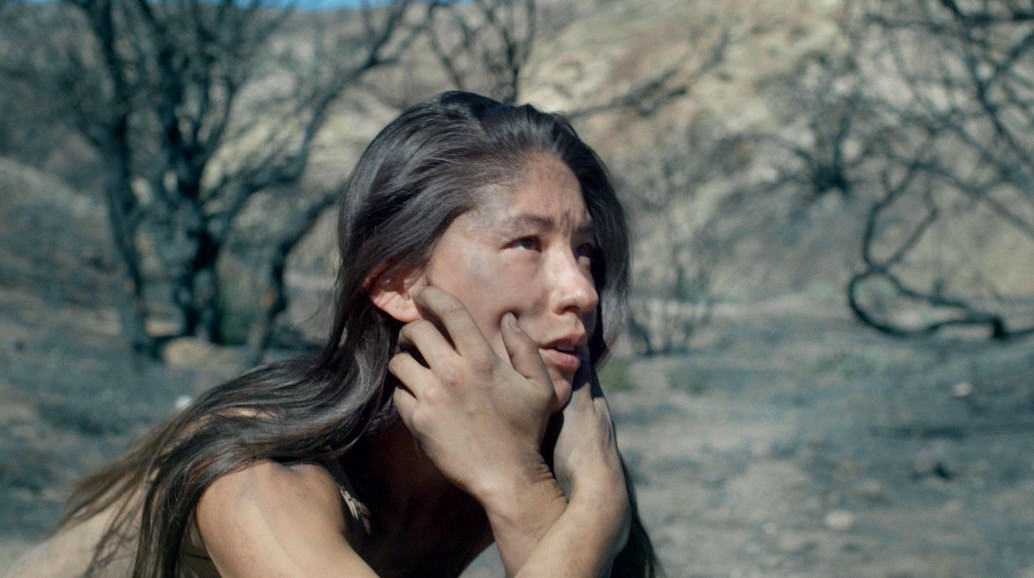 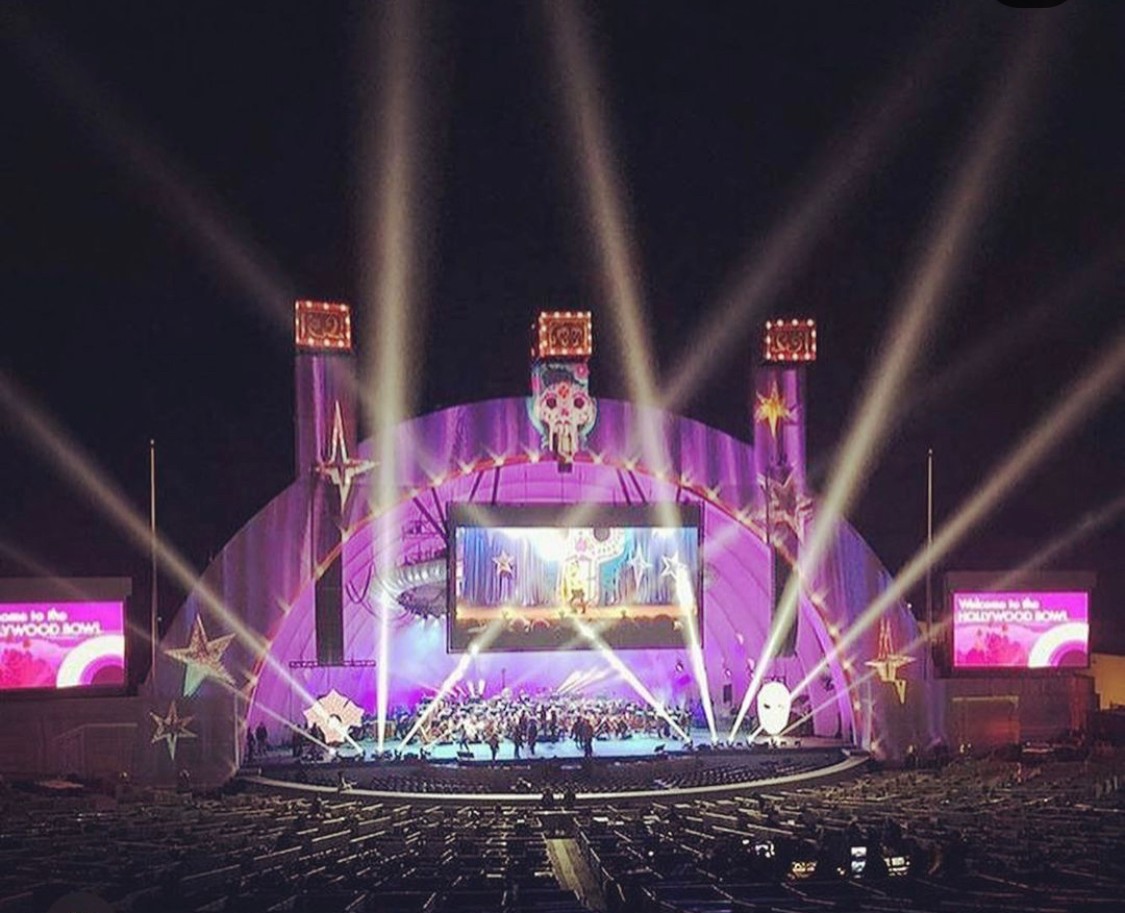 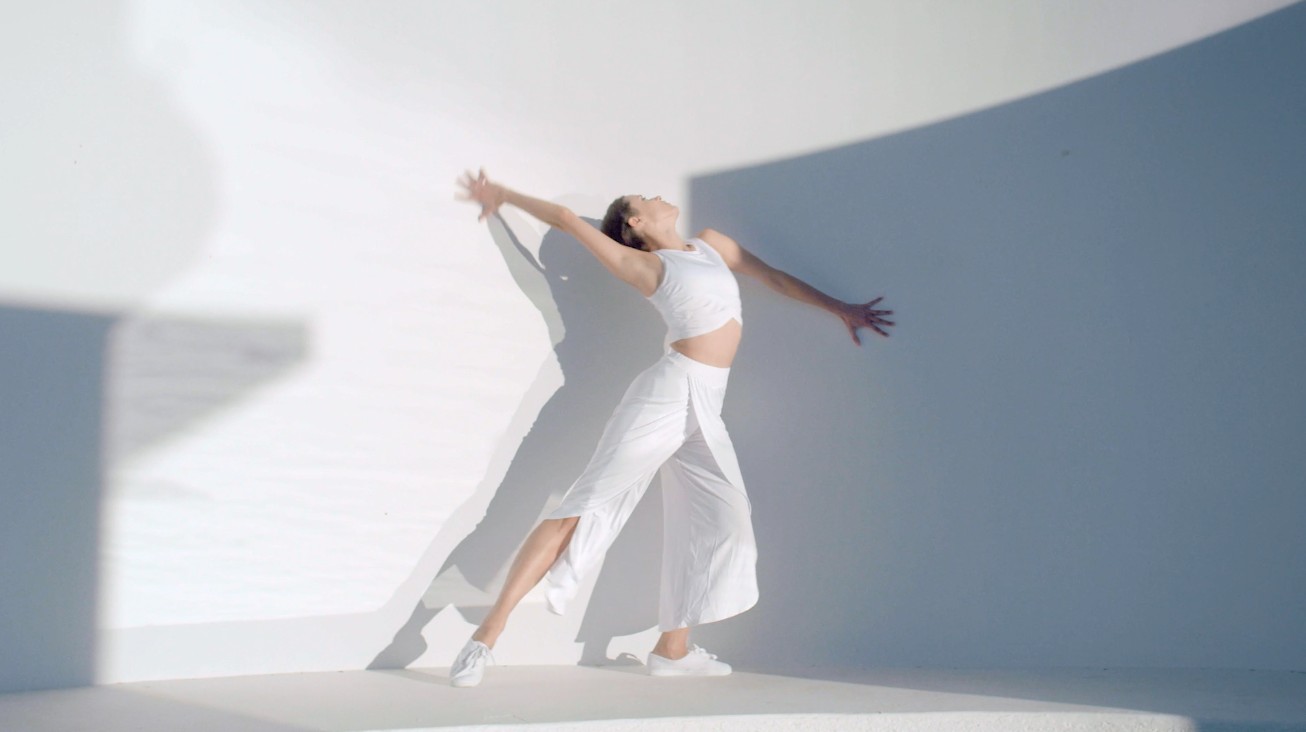 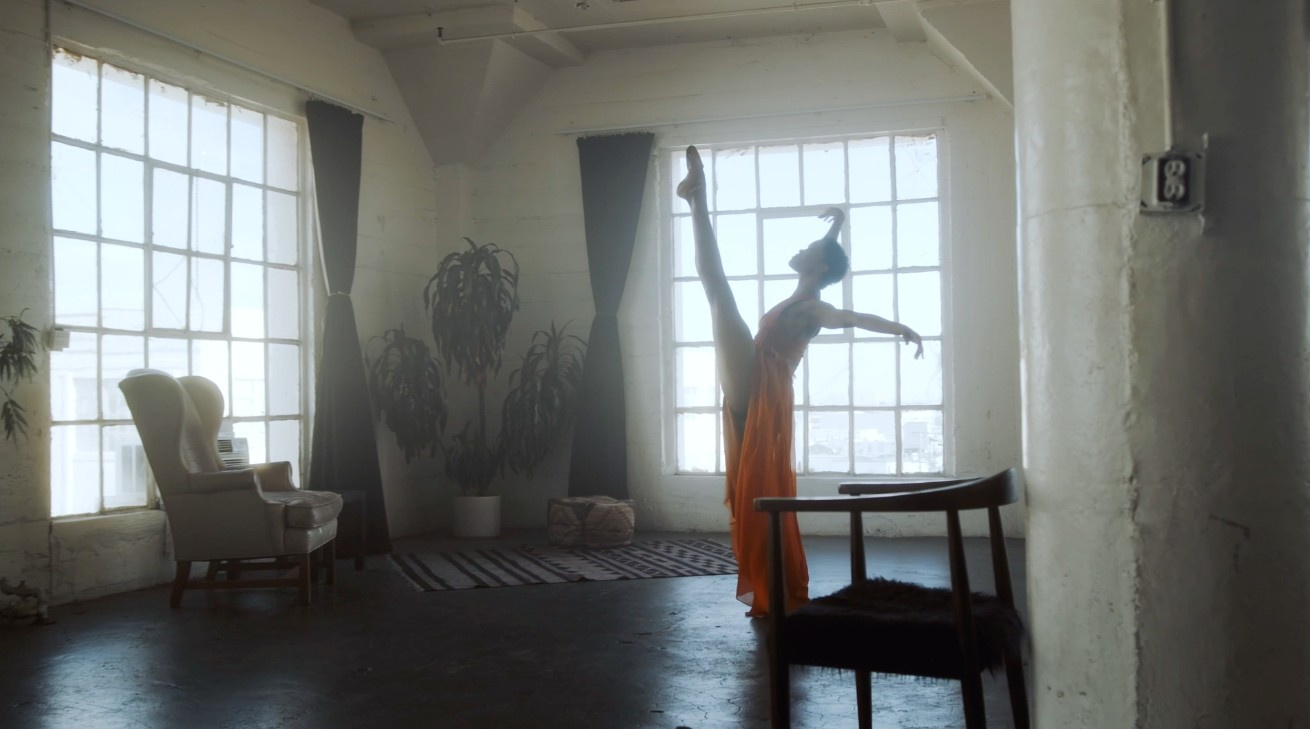 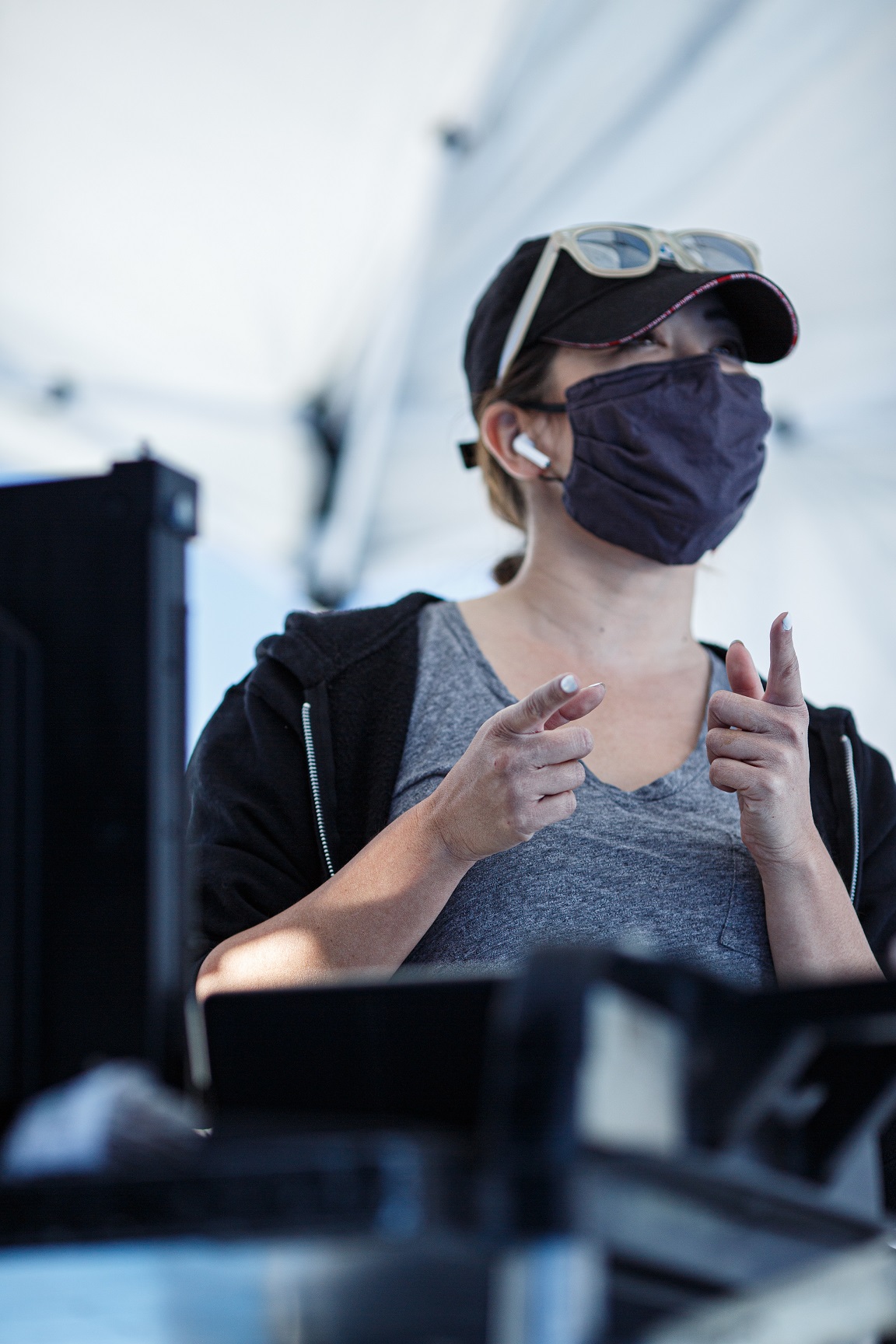 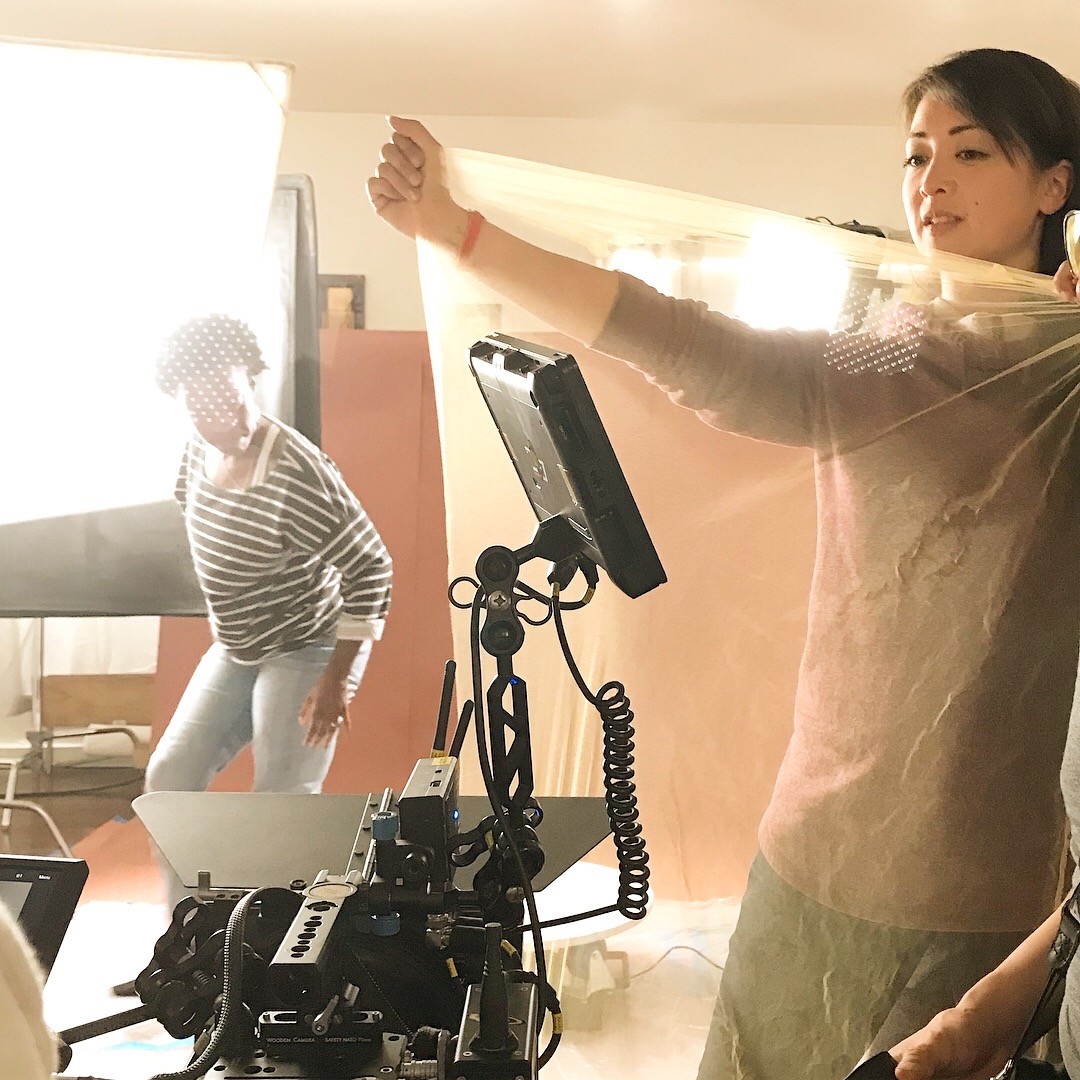 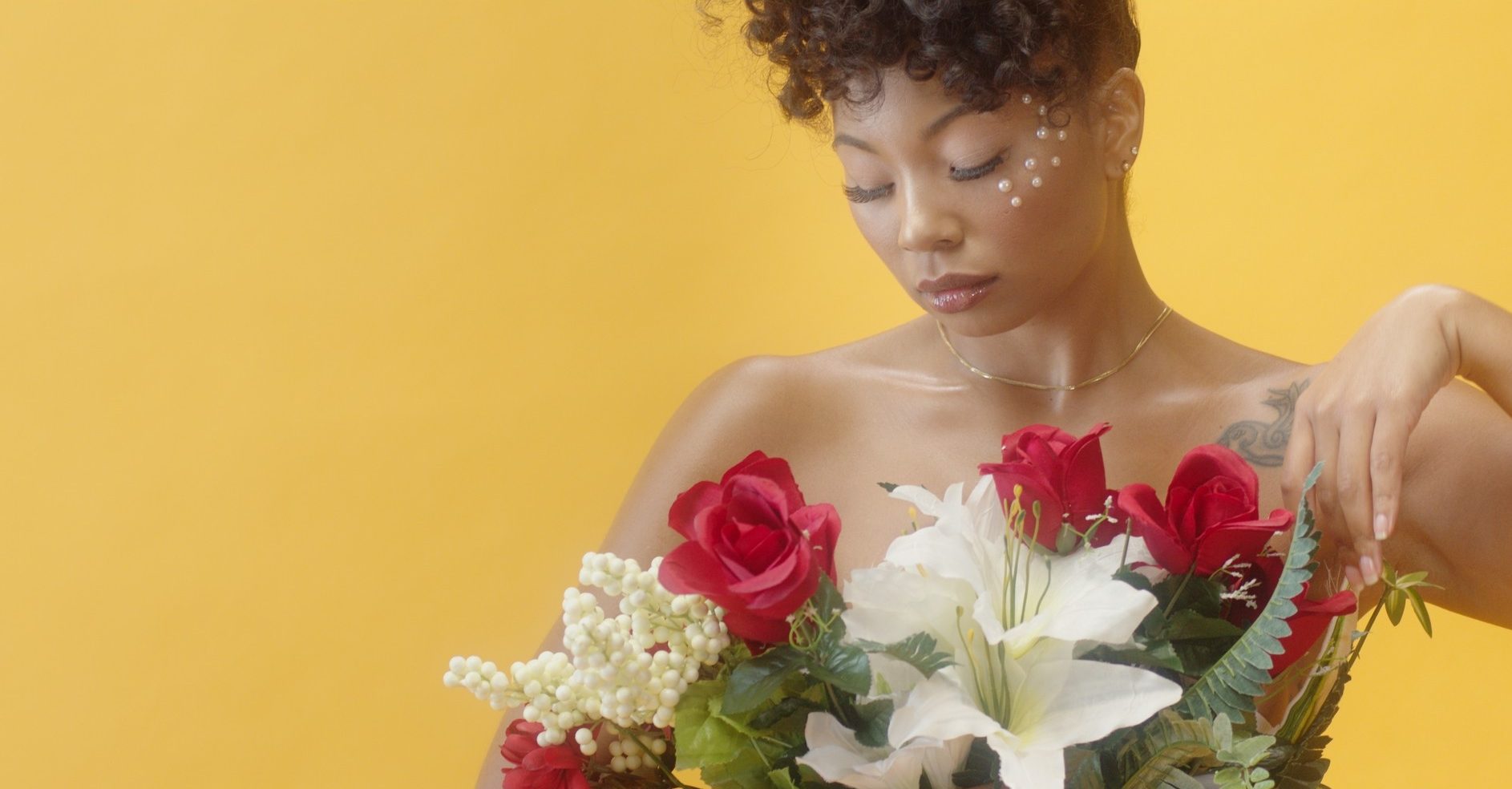