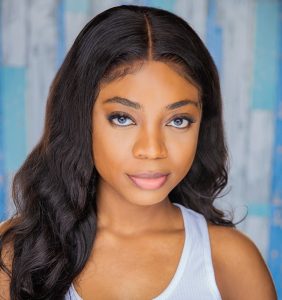 Today we’d like to introduce you to Sarah Alaina.

Hi Sarah, so excited to have you on the platform. So before we get into questions about your work-life, maybe you can bring our readers up to speed on your story and how you got to where you are today?
I was born in raised in Cleveland, Ohio by a young single mom. At one point, I attended a really overcrowded school in a rough neighborhood and was actually picked out by an assistant teacher who thought I was gifted and arranged for me to attend a Montessori school in a different city. It was really a great opportunity because I credit being in that environment to me developing an interest in the arts. It was very different than regular public schools. We spent a lot of time putting on plays and playing games and using our imagination, which was not something every kid has the opportunity to do. It made me grow up particularly interested in creative arts. My mom put me in dance classes, acting classes, vocal lessons, piano and guitar lessons, and I spent most of my growing up in show choir and theatre. I studied sports management at The Ohio State University because I felt like music and theatre weren’t “practical”, but after working in the sports industry for a few years, I ultimately knew I wouldn’t feel complete or satisfied unless I pursued my real passion, so I ended up starring in a local show for a few months and then I quit everything and moved to LA. My first year was extremely difficult. A lot of us have similar stories with kind of outgrowing the opportunities in our city and so we move here, and then we get here and you’re in this giant pool of talent with no rule book on how to stand out or progress. I really struggled coming from such a structured environment and having a history of excelling and being good at everything. I remember a big lesson for me was when I was randomly cast for a principal role in a major movie. It kind of supported this misconception I had that success was based on a random shot or opportunity that everybody gets and you’re preparedness to seize it at that moment.

Before I got to film, I was recast because of things ultimately out of my control. I was so devastated because I felt like I had somehow let my moment slip. But I talked to a lot of people in the industry who told me how common it was, even amongst established performers and how I had to have tough skin. But of course more opportunities came, and they came in so many different ways. I’ve gotten opportunities after walking on set to do background and being bumped up. I’ve found friends that have passed on opportunities to me. I’ve been in the right place at the right time. Ultimately, there are no shortage of opportunities. The best thing for me has been consistently improving at acting so that I can make the most of them when they come. I’ve had some great training at Tasha Smith Acting Workshop and the Identity School of Drama and I also have a great agent. It’s such a rush. At one moment, I’ll be at working with kids at my job, and then I’ll drive home, get dressed and have to be at an audition with Marvel or DC. Sometimes before the pandemic, it would feel like I’m living a double life and I really grew to love the process and the journey. Right now, you can catch me as one of the actors for the Dhar Mann webseries.

I’m sure you wouldn’t say it’s been obstacle free, but so far would you say the journey have been a fairly smooth road?
I think one of the biggest struggles has been deciding what path I want to take. In Los Angeles in particular, there’s a lot of emphasis on image and networking and not so much on training. When I first moved to LA, I was everywhere. I did a lot of music videos, I made a lot of celebrity friends and tried to be in their circle, I got to attend a lot of award shows. I felt really “close” to fame and success. But I ultimately decided that it was acting that I loved and not so much the fame aspect and I really started to focus on training. I’ve been in class pretty consistently and being good at acting is my primary focus. I don’t just want to be seen, I want longevity. I want to change people’s lives with my performances and I want to be memorable and inspiring. Sometimes it’s tough because a lot of people want to be super visible, which isn’t a bad thing and can be quite beneficial, but you don’t want to do so at the expense of your craft. I have a lot of respect for acting as an art, and I’ve had some great teachers. During the pandemic, I’ve been in drama school online. One thing I want to get into is creating my own content. It’s been really a huge benefit for people, especially during this pandemic, because so much of the industry is on hold right now so it’s really great to see how talented and creative people are, that are making their own movies and series. But even before the pandemic, it was a great thing. There aren’t equal opportunities for everyone. There’s moments where it’ll be trendy to put dark skin girls in principal roles, but then it’ll pass. Creating your own content guarantees, there’s always a spot for you. Another huge issue I had was an unconscious negative association I had developed with social interaction.

My first year, I was kind of running in circles and struggling and there seemed to not be enough time in the day to move forward. I was trying to work and also go on auditions and I didn’t have a car so everything took a long time. Whenever I did something not related to my career, it seemed to take away from doing something productive. I developed a lot of anxiety about missing work or auditions to do leisurely things and somehow started seeing it in an overall negative fashion. I was very focused and heavily avoided meeting people and just hanging out. I didn’t want any distractions and I didn’t see the point. There was no point in asking me to be apart of non work related activities. The only person I talked was my mom back home. Once I got into a routine and became stable, it took quite a while for me to enjoy time off to be with friends. Now, not only do I have great friends that I enjoy being around with who are great support, but I have so many friends who act/ dance/sing that continue to inspire me, help me with auditions, share opportunities, etc, and I realize it’s not just super important for my emotional health, but a great investment. I have some awesome people that make my life great out here. But my mom is still my Number 1. I still call her and bug her almost every day.

Appreciate you sharing that. What else should we know about what you do?
One of the last films I got to be apart of called A State of Mind will be available this year to stream. The Dharr Man series is available on YouTube, Facebook and Instagram. I’m starting a video blog as well so the first episode will be up as soon as it’s edited. I’m currently working on getting back into music as well. I started primarily as a singer and I’d love to be equally good at both singing and acting. I’m going to spend the rest of my time during the lockdown getting back into playing guitar and piano, which I started playing in high school and Ohio State but haven’t really had much time to keep up with. I also love to dance and I can’t wait to be back in live classes when this is all over.

Can you tell us more about what you were like growing up?
I was a goody two-shows growing up. I was always in accelerated learning schools and programs and was a super involved overachiever. Student counsel, culture club, student government, I wrote a sports column for the newspaper, I as the Vice President of a nationally ranked competitive show choir, I did music theatre, I was even on a math competition team. I think that actually presented an interesting challenge when I moved to LA because I wasn’t used to feeling like a crab in a barrel. Things had always come relatively easy for me so it was weird coming here and seeing so many people with the same dream and goals and wanting to feel like something about you was especially unique. But I’ve grown to root for people and want to help people. I absolutely love being around other creatives and collaborating with people and I also realize some specific, narrow definition of success isn’t the same thing we’re all chasing. There’s room for us to all reach our individual goals. 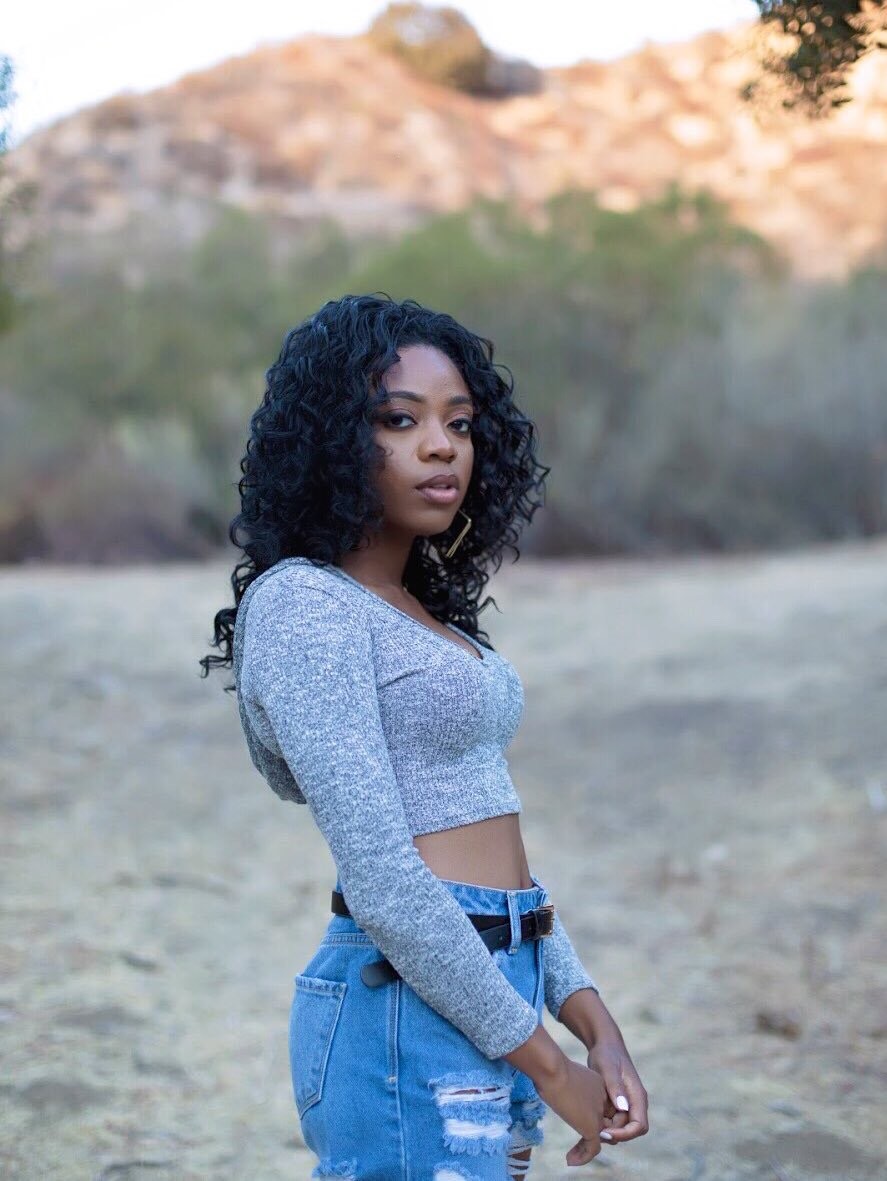 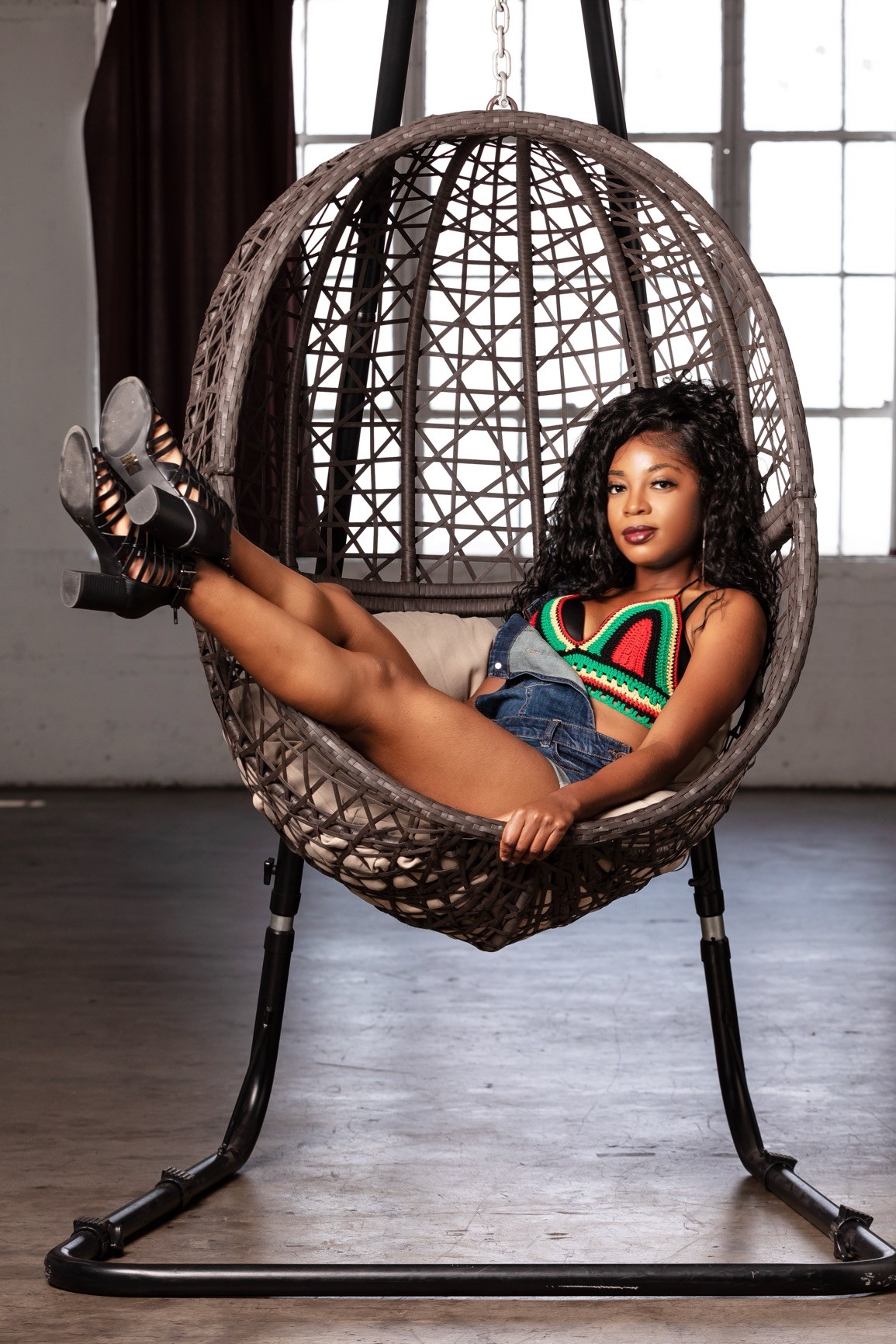 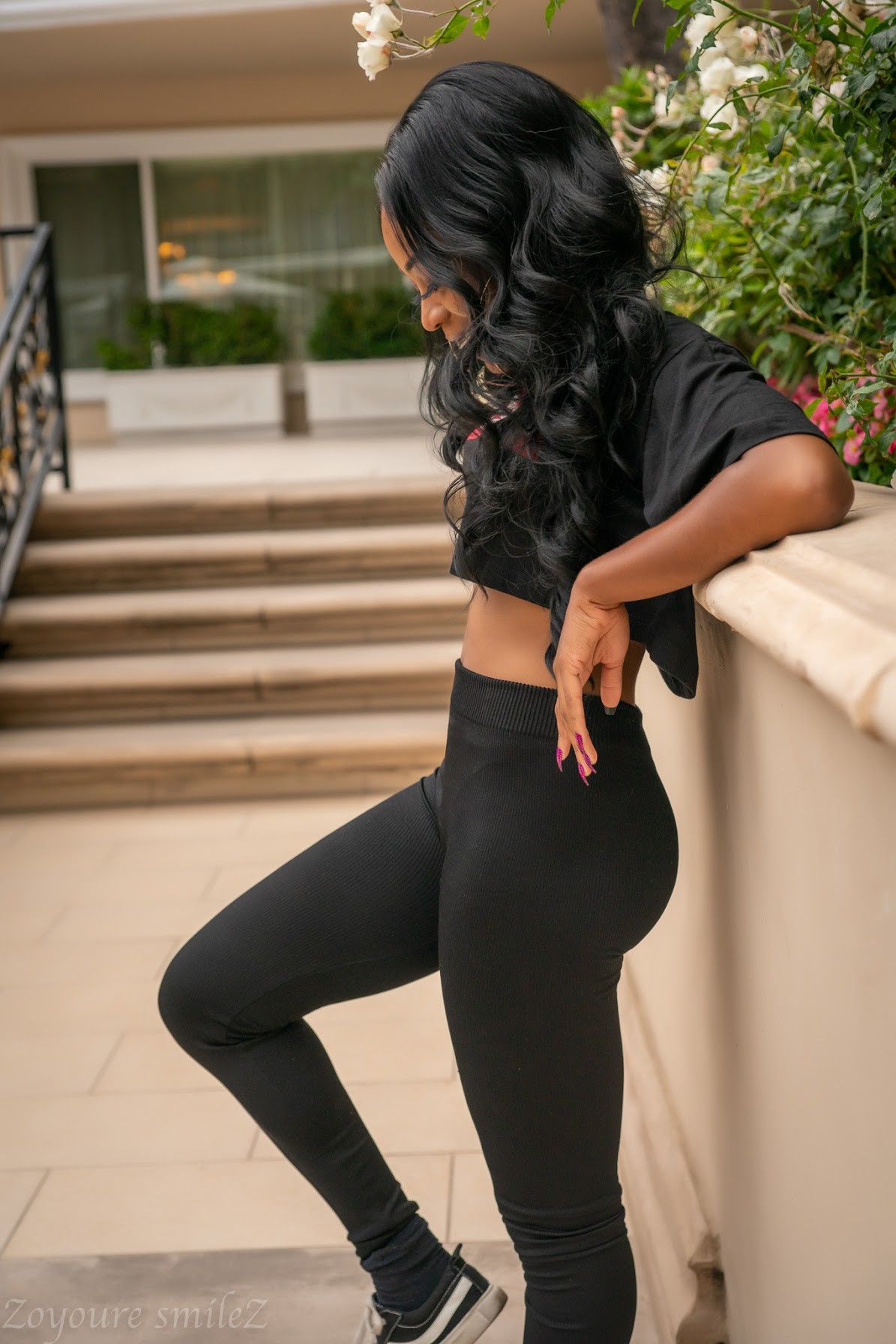 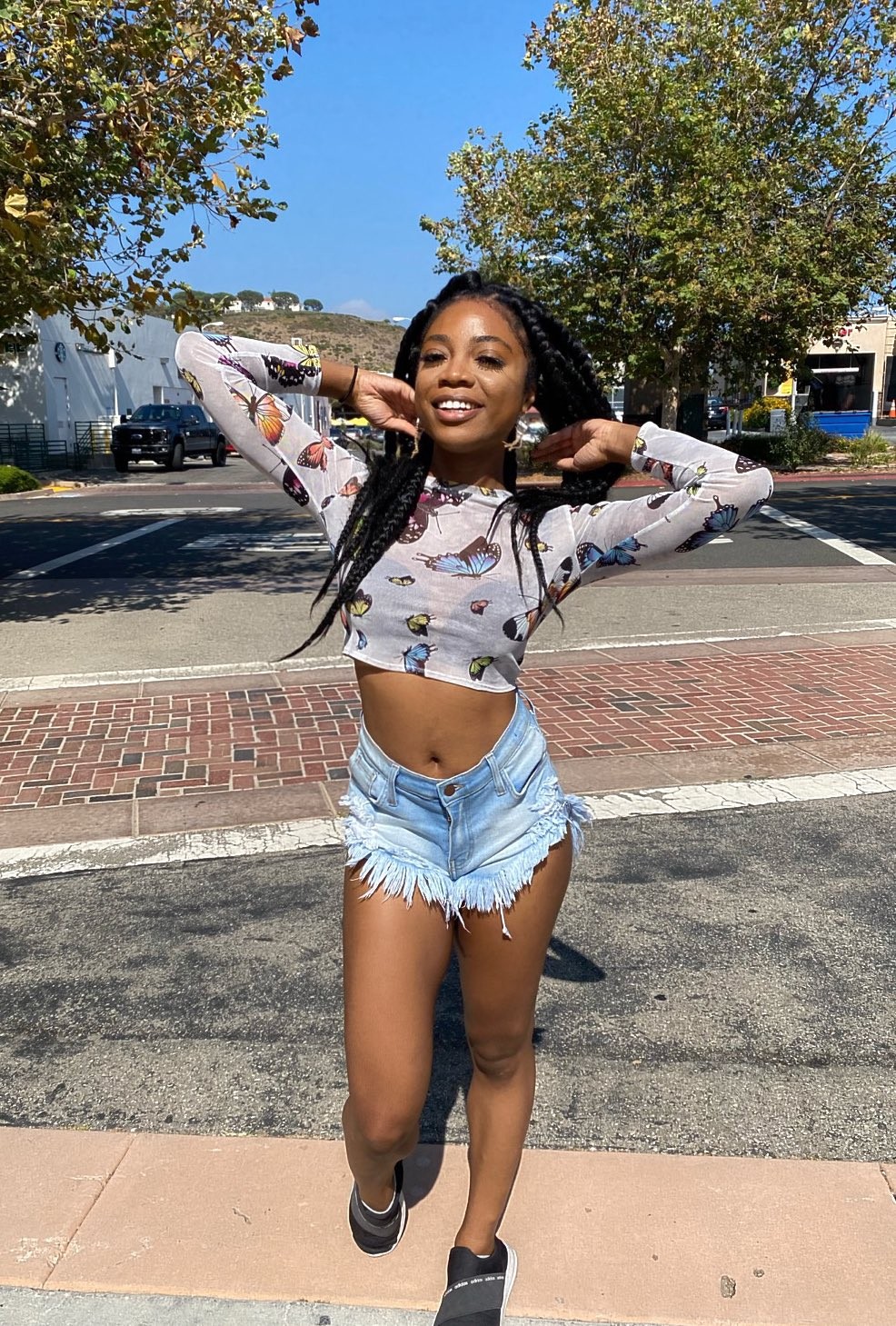 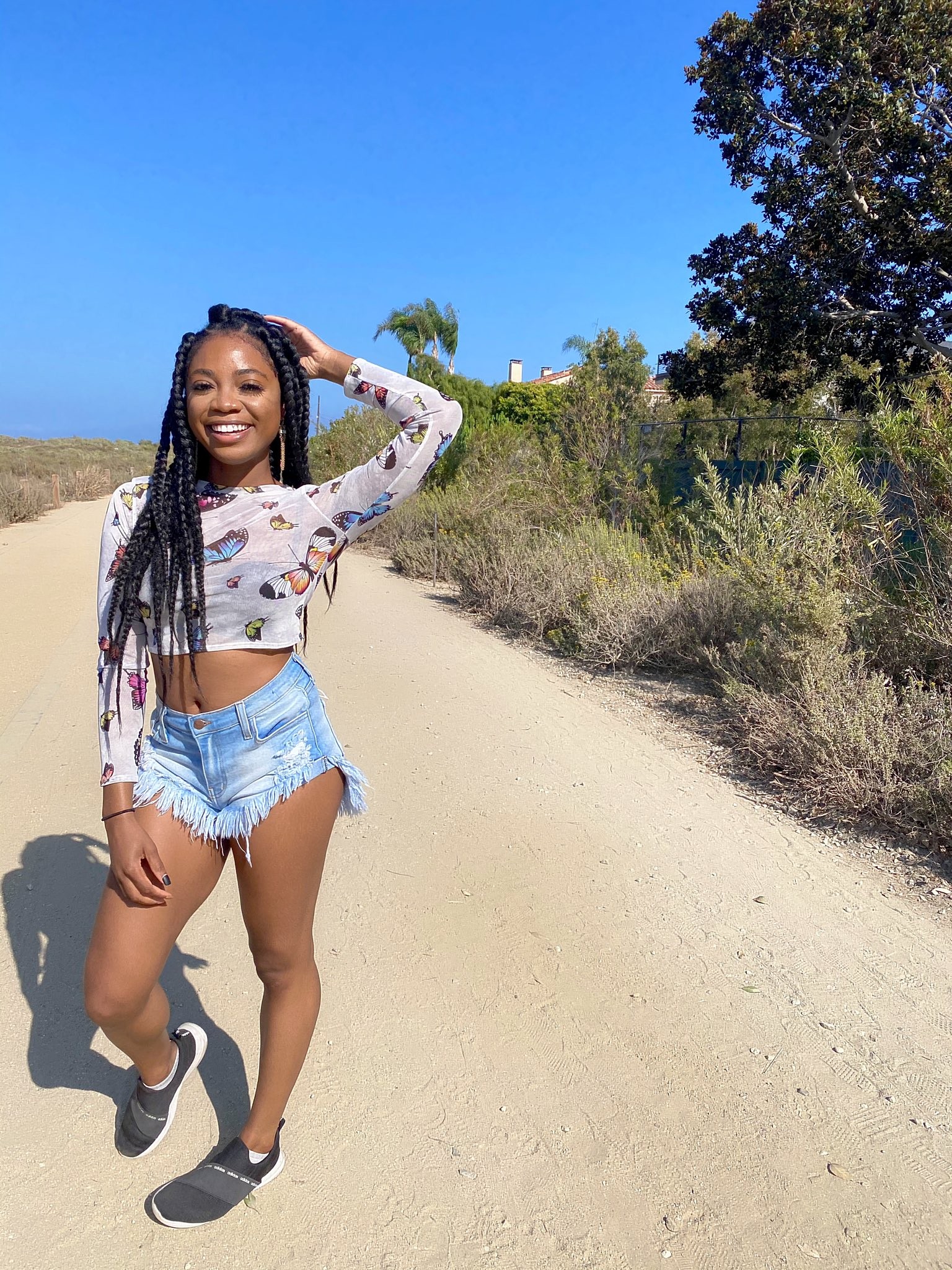