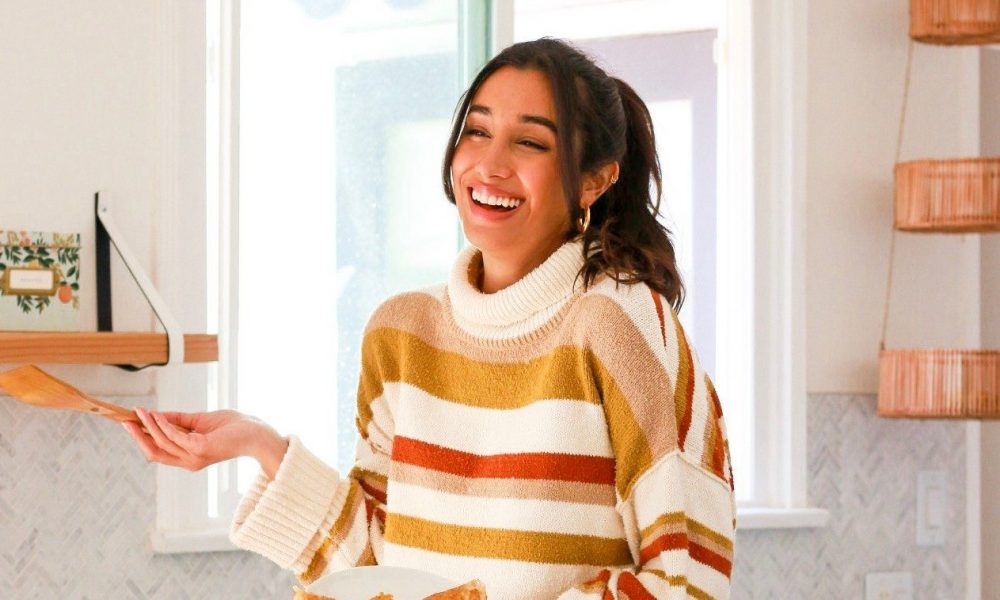 Today we’d like to introduce you to Nisha Balsara.

Hi Nisha, so excited to have you with us today. What can you tell us about your story?
I always loved food and cooking almost as much as I loved performing. When I was a kid, you could either find me in the kitchen or putting on a performance for anyone around. It was no surprise that acting became such a huge part of my life but my love of food and cooking started to fade away in the background because singing classes, school theatre or musicals, and dance started to take up so much of my time. When I performed, it was one of the only times I felt empowered and heard. I grew up in a predominantly white town in Texas during the 90s/ early 2000s when little brown girls like me were never exactly portrayed in media as anything other than stereotypes if at all. On top of that, being biracial I never felt completely like I identified or would be fully accepted by either side of my identity. That lead to me compartmentalizing a lot of parts of my identity to fit in and that loss of self was in the meantime, fulfilled by playing characters. I got accepted into the USC School of Dramatic Arts where I learned so much but in particular what helped me the most were their on camera classes. I was obsessed with being on camera and learning about lighting, film, and how to connect with an audience behind that lens.


Then in my sophomore year, everything came to a pause when I got diagnosed with a chronic pain disease called Interstitial Cystitis. I could barely get out of bed from the pain and I definitely couldn’t perform the way I used to. After seeing countless doctors and being on multiple pain medications that wrecked havoc on me physically and mentally, I reluctantly went to an acupuncture clinic. The pain reduced so much after my first treatment I kept going back. Every time I went, the doctor mentioned how eating animal products could be triggering my pain. I thought he was pushing some weird vegetarian agenda on me and would internally roll my eyes. I was a meat loving woman from Texas but the joke was on me; as soon as I started researching, I realized that doctor was on to something! I slowly started removing animal products from my diet and experimenting with adding in more and more plants. Every month, my symptoms got more manageable and I started feeling better than I did even before I had pain. I did some research, and after a few “why are vegans vegan?” google searches, I realized that what was a diet for my chronic illness became an ethical choice that aligned with my love of animals. Since then, I never looked back and became a (hopefully only mildly) annoying vegan! Another passion had started to bud while I was in and out of the hospital. I had spent hours in the ER or in doctors’ waiting rooms watching YouTube videos, specifically daily vloggers.

It made me feel so much less alone, sitting there in my hospital gown in the cold tiled rooms, to watch people be somewhere else and do anything other than what I had to live through during trying to find my diagnosis. So when friends and family started asking for some of my vegan recipes, beauty products, or lifestyle items to try, I obviously thought, well of course I’ll share these on YouTube! It’ll be so much more fun to incorporate my love of on camera and make this my little hobby. But I was shocked when my friends and family were not the only ones watching. I started getting thousands of views and subscribers, my Instagram was filled with people I had never met and they all wanted to tag along with me and my life. As time has gone on, I realize that having a platform and a voice has always been at the heart of what I’ve wanted to do. I love the creative aspect of making videos and photos but I also try to weave in a story through it all. A story of loving all animals, embracing my culture that I hid from, along with highlighting diverse voices in veganism, beauty, and food. I still love acting but every time I was on set, I was itching to do more than just be in front of the camera and now I have an incredible community of people watching me that I get to share what I create with! New media gives me the freedom to embrace every part of me in a creative outlet and I could not see myself doing anything else now!

We all face challenges, but looking back would you describe it as a relatively smooth road?
There are so many I could write a whole novel but the one in particular I struggled the most with was receiving hateful comments and messages. When I first started gaining some attention on YouTube in particular, I started getting awful comments along with all the good. It was shocking and it almost made me delete my whole channel. The comments that go to me were not the mean comments I was prepared to get; I’m a woman of color who grew up acting, singing, and dancing so criticism about my appearance, skills, and talent have lost their potency to me over time. The comments that shook me to my core were the ones concerning race. I was young and naive and really didn’t expect people to hate, attack, and threaten me. Other creators I followed didn’t have this problem, but it was because a majority of popular creators at the time were white.

People also attacked the Indian food recipes I made and that hurt me so deeply I stopped sharing them for years. I threw myself into creating what everyone else in my niche was making and once again, compartmentalized part of myself out of fear in order to gain acceptance. I started hating what I made and started doing social media consulting and managing for private clients and companies instead. Every day I spent using what I had learned for others, I thought about what had gone wrong with me and my business. Then I made the connection that this sudden dissatisfaction with my work came from me hiding myself for protection. I started following BIPOC creators who talk about the reality of being in this industry and stopped measuring my success with how much everyone likes me and my content. I now only create what makes me happy and embrace my differences. In the end, you attract what you put out and now I have a community of incredibly kind, supportive people who are there for what I really want to do!

Thanks for sharing that. So, maybe next you can tell us a bit more about your work?
I’m a lifestyle vlogger that focuses on expressing and celebrating culture and individuality through veganism. I share veganized childhood recipes that often include traditional Indian cooking as well as brown-girl approved cruelty-free beauty. I am also not an expert in anything I do. Everything is easy, digestible, and you’re learning along with me. My goal has never been, “I’m the best cook/makeup artist/ person and you should aspire to be like me” it’s more like, “hi look at this cool thing I learned about and let’s try it out together!” My approach is anti-perfectionist and shame-free. Shots can get sloppy, I curse and joke throughout the video, and I always show when things go wrong or get messy. I want people to feel like how I feel when I am with my family, fully and wholly accepted as you are.

How do you think about happiness?
I am absolutely elated when my content can make people laugh and not take life so seriously. I think that shame holds a lot of us back from ever trying anything new because we want to be “good”. I talk about shame a lot on my Instagram and some of my more recent YouTube videos. So when I hear that someone finally fried a pakora because I made it seem fun and approachable, I am TICKLED. Or when I see someone buy makeup that they have been too scared to purchase because so many beauty companies don’t make products inclusively, and they love it, my day is made. On top of all that, everything is vegan so it makes my animal loving heart so full. 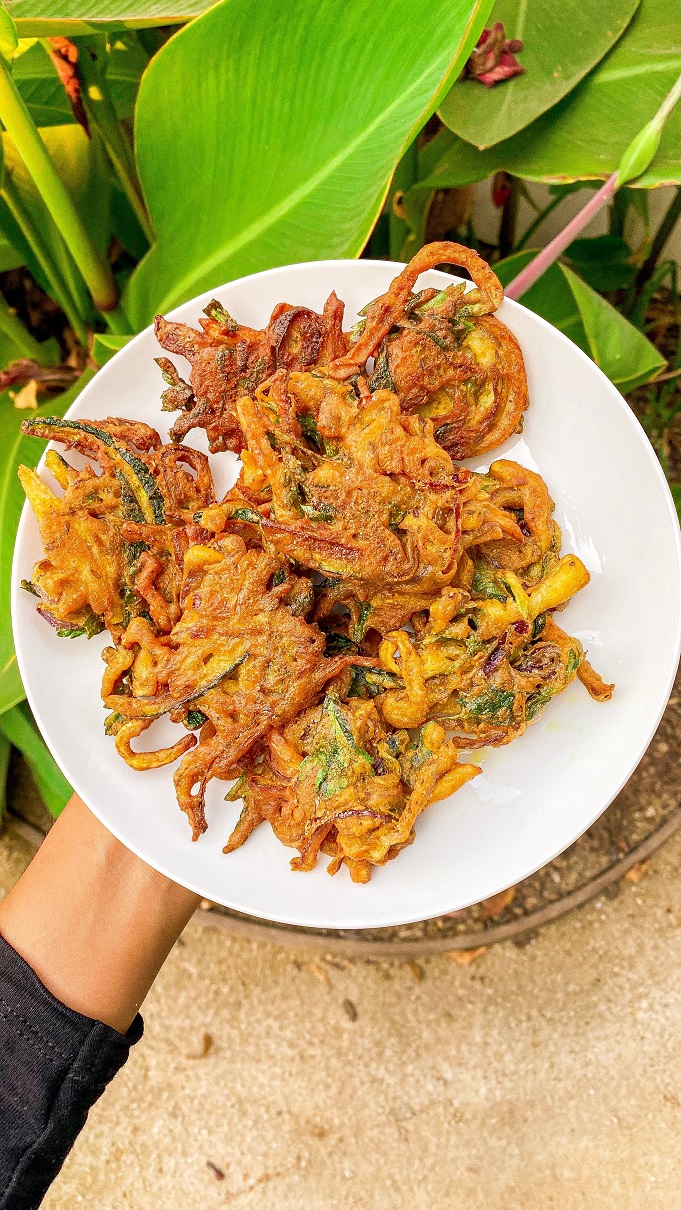 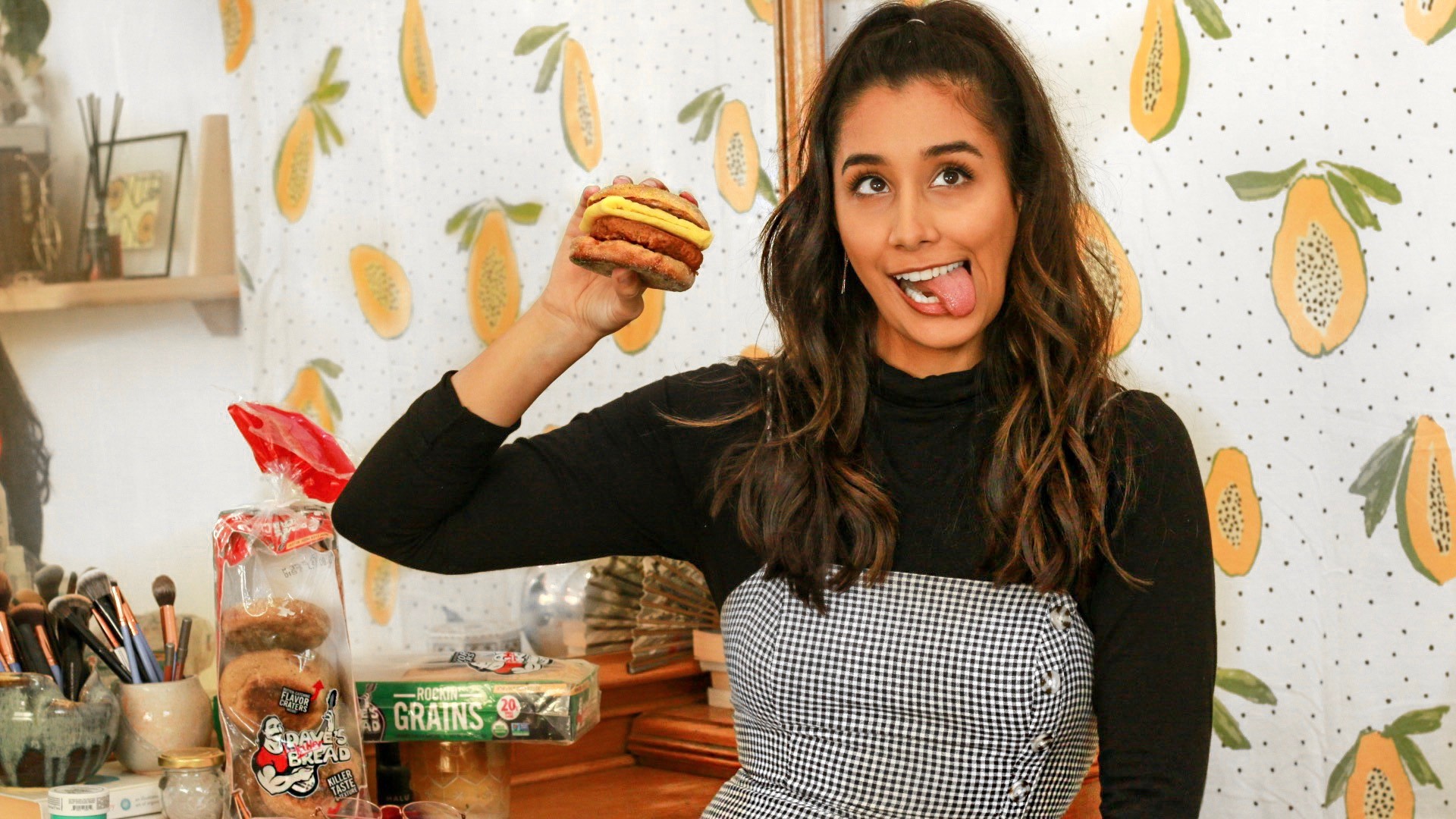 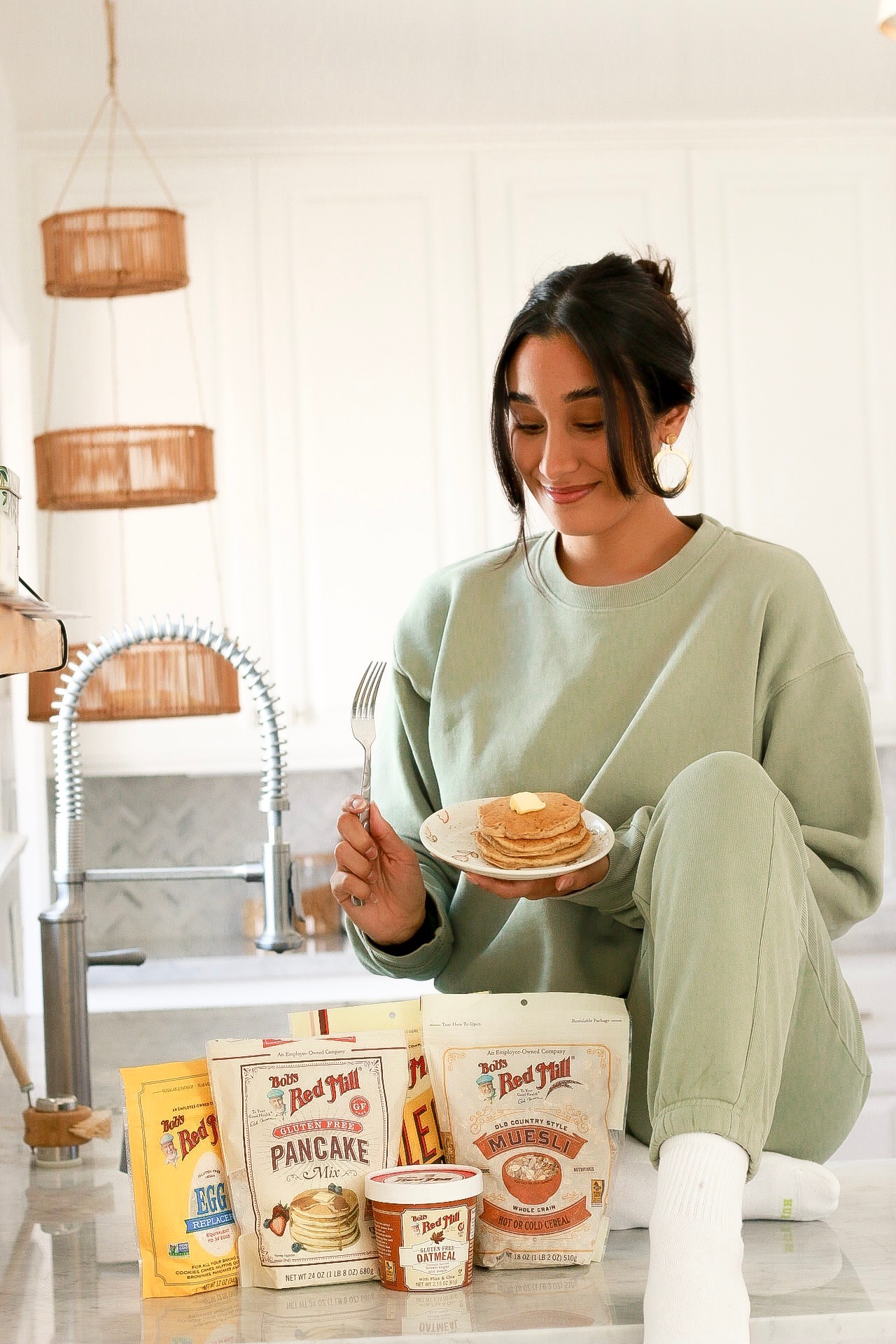 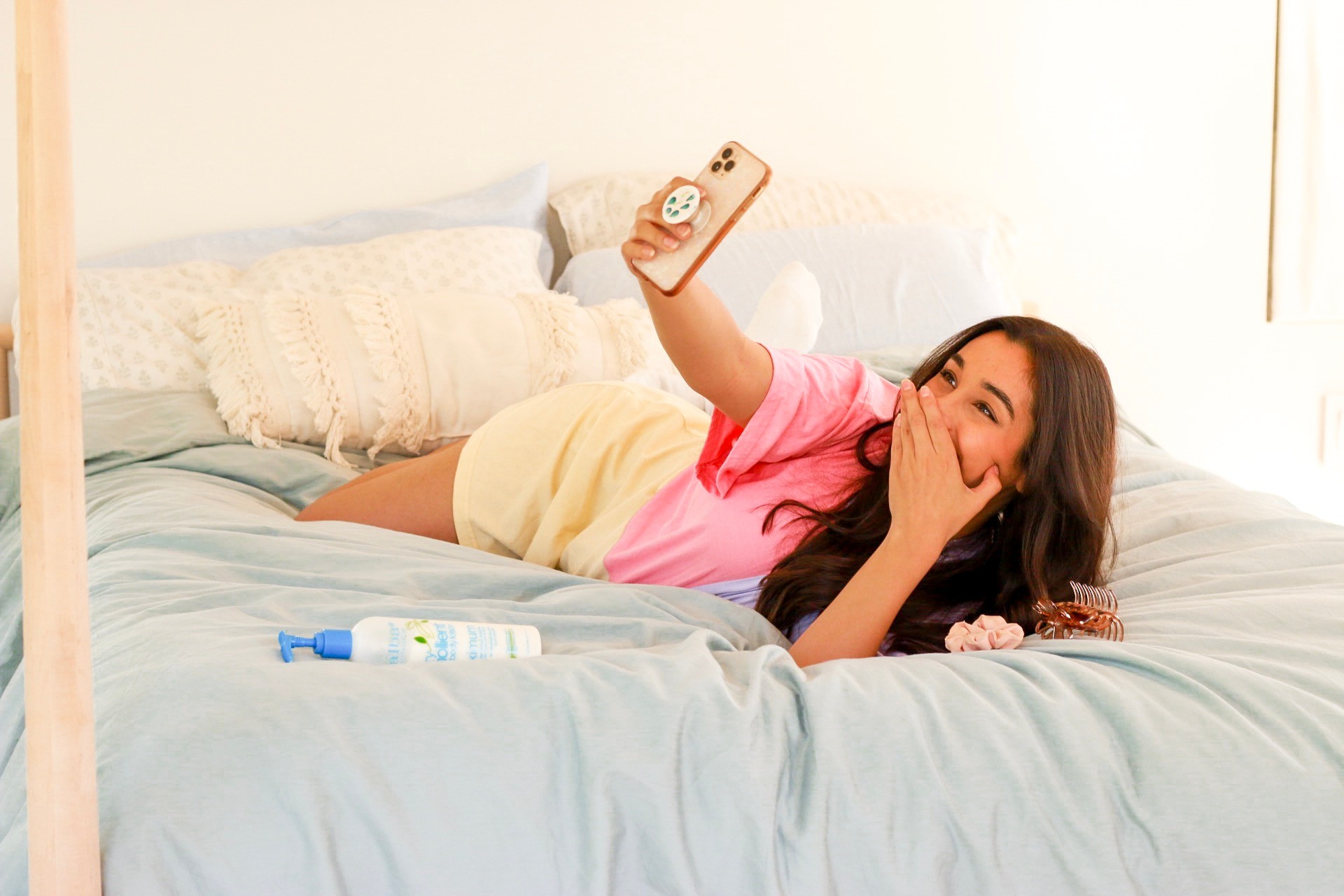 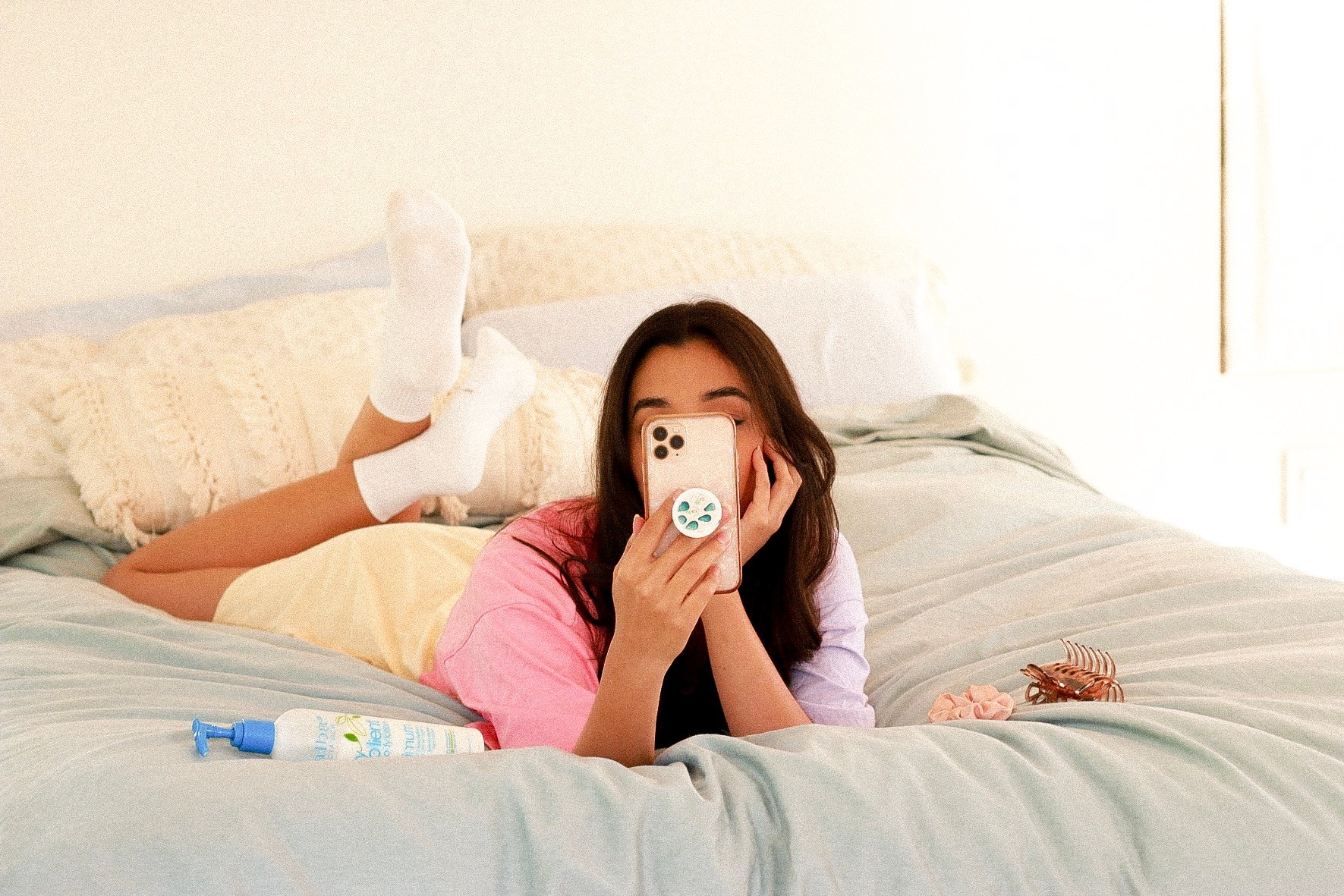 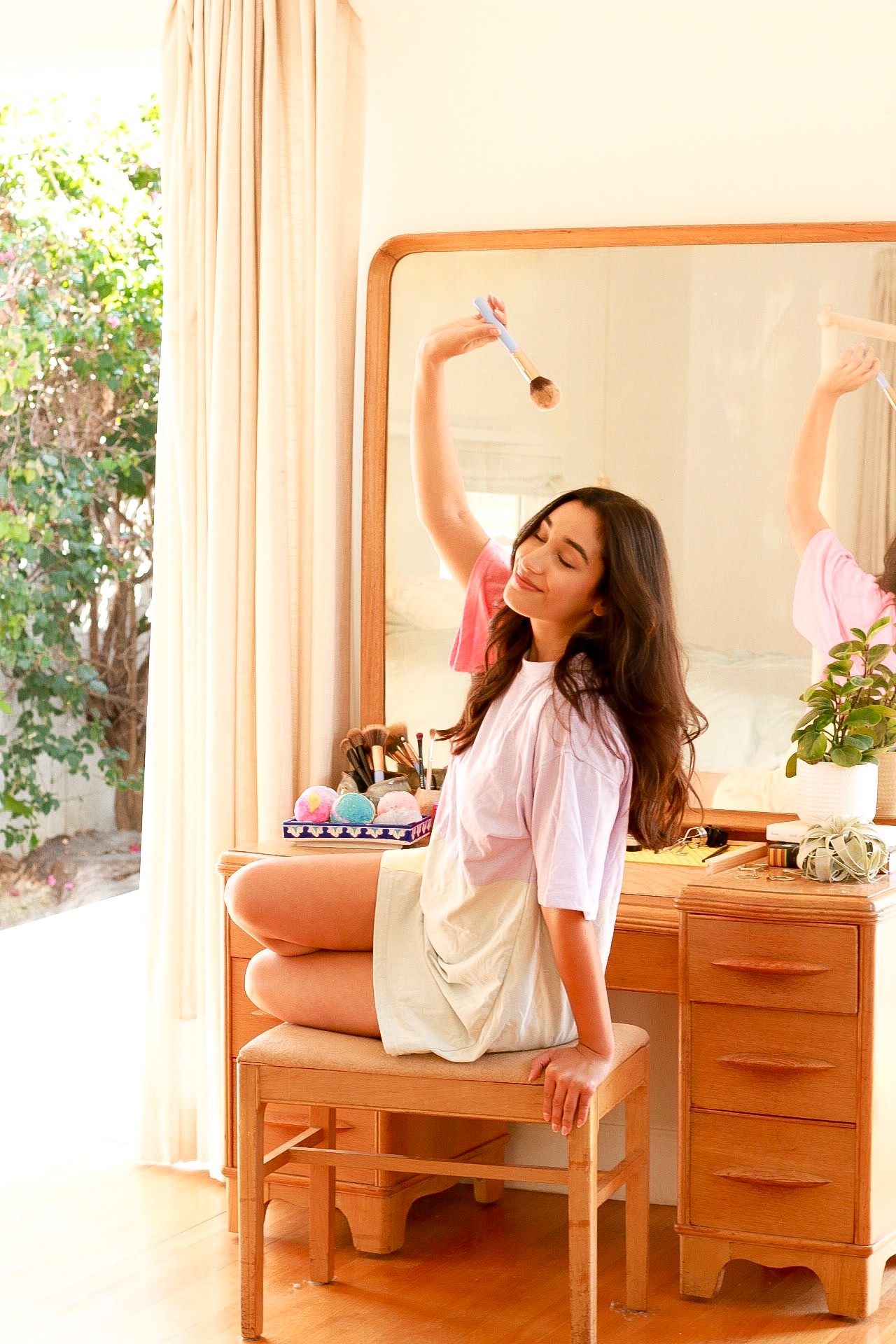 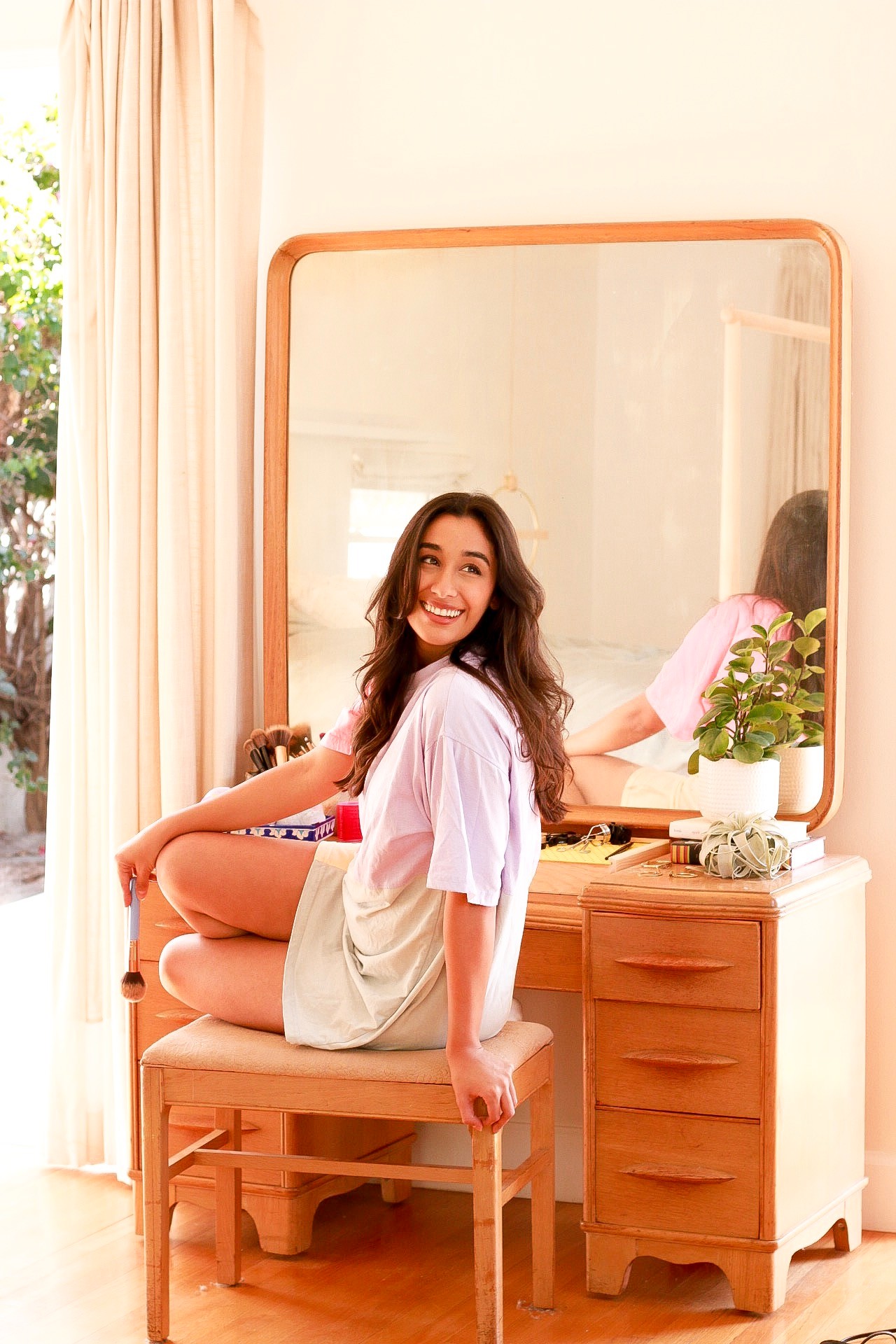 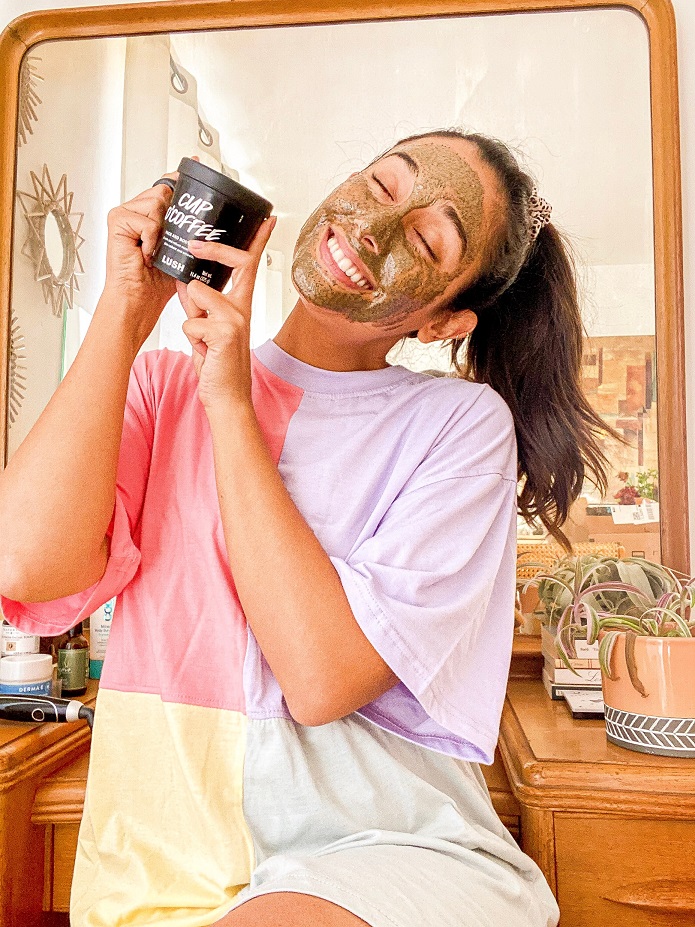