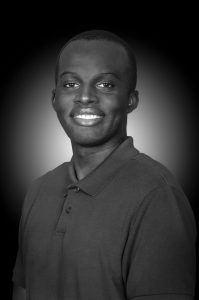 Today we’d like to introduce you to Clarence Williams IV.

Hi Clarence, can you start by introducing yourself? We’d love to learn more about how you got to where you are today?
I’ve always been a storyteller. Even before I knew how to write, I’d tell my parents these zany, elaborate stories and they’d write them out for me. When I finally learned how to write, my pen devoured dozens of notebooks. I really let my imagination take the wheel. Writing has always been my first love but I became a filmmaker at the age of 10. I wrote and directed a short film for my fifth-grade history class about the history of Georgia. That movie (along with the multitude of other poorly made student films that I helmed) will never see the light of day (LOL) but I remember the sheer joy that I felt while watching my teacher and my classmates watch my film. They laughed, they yelled at the screen, and they showered my silly little project with applause. But then they asked me the question that would change my life forever. “Clarence, when are you making your next movie?” From that day on, filmmaking became a part of my DNA and I’ve written, directed, produced, and edited my own films ever since.

Can you talk to us a bit about the challenges and lessons you’ve learned along the way. Looking back would you say it’s been easy or smooth in retrospect?
It definitely hasn’t been a smooth ride. Of course, working outside of the studio system is great because you have complete creative control over what you do but the downside is the amount of flakes that waste your time. I can’t even begin to tell you how many “producers” I’ve encountered that have tried to sell me pipe dreams. One of the biggest setbacks that I faced was back in 2018. I had my very first feature-length script optioned by a production company based in Vancouver. It’s a surreal feeling to have someone actually give you money for something that you wrote and then, on top of that, they want to produce your script AND they’re going to let you direct it. I was completely elated. The production company flew me, my wife/producing partner, and our good friend/producing partner to Vancouver and provided us with a place to stay. We had a big meeting with them and they told us how excited they were to move forward with our project. I thought, for once, I’ve found producers that are actually going to do what they say they’re going to do.

Fast-forward a few months later, we’ve already attached a crew and a cast of notable actors (the production company told us to start assembling our team ASAP) but at the last minute, they pulled the plug on the entire project and told us they weren’t able to secure financing (even though, initially, they assured us that securing financing would not be a problem at all). I was devastated after that situation because we ended up burning bridges with a good amount of established actors and crew members. I sold my next feature-length script two years later but I never stopped making films and writing more scripts. The sad reality of being a filmmaker is that you’re going to hear a lot of no’s and a lot of people will ask to read your script that you’ll never hear from again. That said, the only person that can dictate your success is you. Despite the hardships that I’ve faced as a filmmaker, the one thing that has never died is my love of the craft. That (along with the love and support of my wife and loved ones) keeps me moving forward.

Appreciate you sharing that. What else should we know about what you do?
I’m a writer/director/editor/producer. I specialize in telling thought-provoking stories that shed light on uncomfortable issues. As a filmmaker that happens to be African-American, I strive to universalize the African-American experience by telling stories that people from all walks of life can relate to and enjoy. I’m proud of all of my work (even the silly films I made as a kid) because every time I shoot a project, I learn something new about the art of filmmaking and I become even more confident as an artist. But if I had to pick projects that standout to me they’d definitely be “We Can’t Breathe,” “The Breakdown,” and “I’ll Never Love Again.” All 3 of those projects have garnered a very strong response from audiences. They’ve also screened at multiple film festivals and won some awards. Those films and more can be found on my website (designed by my very talented wife) williams4productions.com. I think what sets me apart from others is my voice. I’m inspired by filmmakers like Spike Lee, Quentin Tarantino, John Singleton, Kevin Smith, and Richard Linklater. Those guys are all masters of illuminating the human experience. I think my work is a conglomeration of my own life experiences, my fears, my triggers, my joys, my weirdness, and the films that have left an unyielding impression on me.

Is there anyone you’d like to thank or give credit to?
My wife, Christina Araujo-Williams, is truly my partner in crime. We read each other’s scripts and give each other feedback (no matter how brutally honest we have to be). She makes me want to be a better filmmaker. She’s not afraid to tell me she doesn’t like something but she’s also not afraid to tell me she believes in my work and only wants me to be the best artist I can be. I’m so lucky to have her in my life. My mom and dad (Rest in paradise, dad) have always supported my creativity unconditionally. They bought me notebooks, film equipment, laptops, film books, editing software, and they sent me to film programs. Not to mention all the DVDs they bought me and all the times I dragged them to the movies. I would not be the man I am today without my parents. My mentor Mr. Ken Sagoes is another force in my life. I met him at a horror convention when I was 15 and he’s kept in touch with me and my parents ever since. When I first moved out to LA, Mr. Sagoes was gracious enough to let me stay with him until I found a place of my own. He’s an incredible writer/director/actor that took me under his wing when he didn’t have to and made sure I was always good. His knowledge on the ins and outs of the industry is endless and I’m grateful to know him. Another important person on my team is Aaron Kelly. Aaron is a bundle of energy that always brings positivity and joy wherever he goes. He’s a producer that my wife and I have collaborated with on multiple occasions. His support and kindness is on another level. 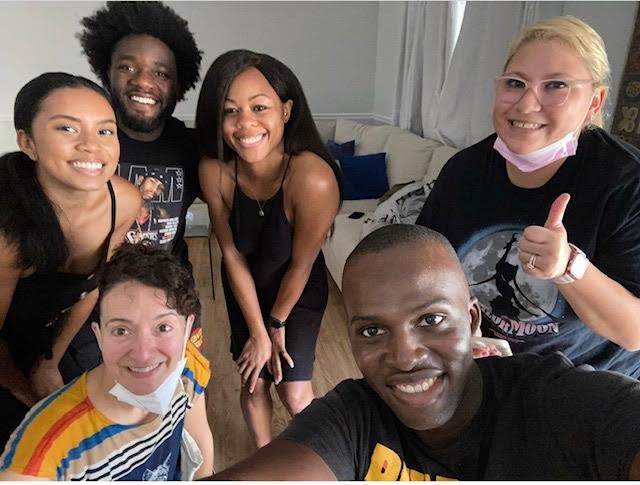 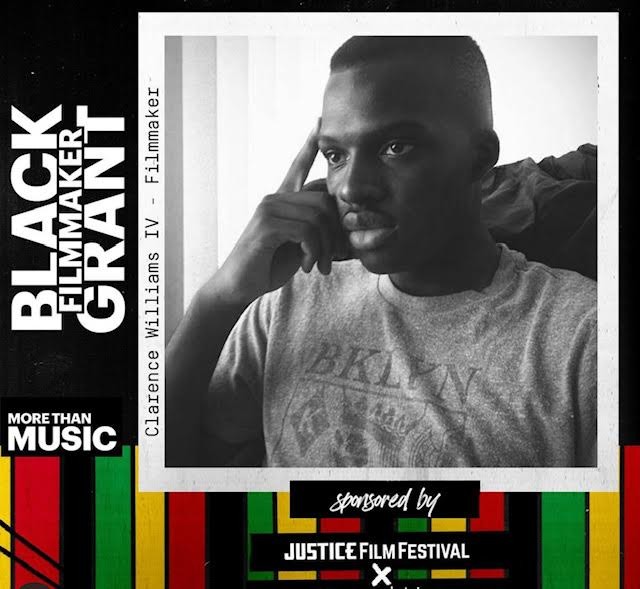 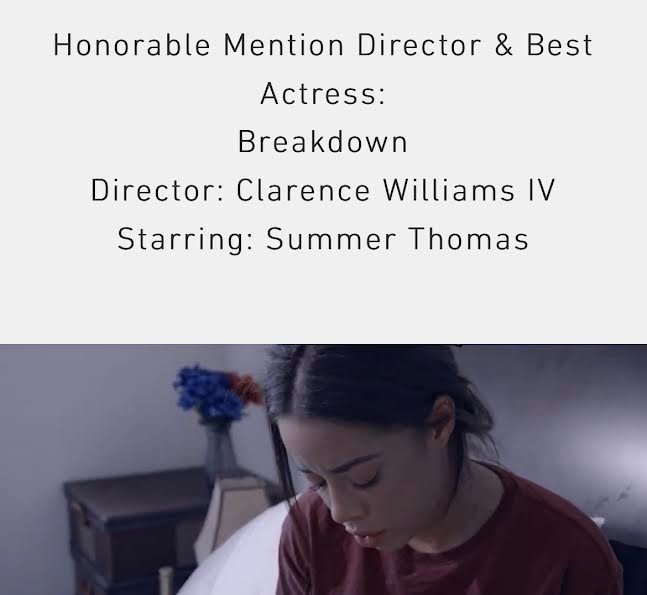 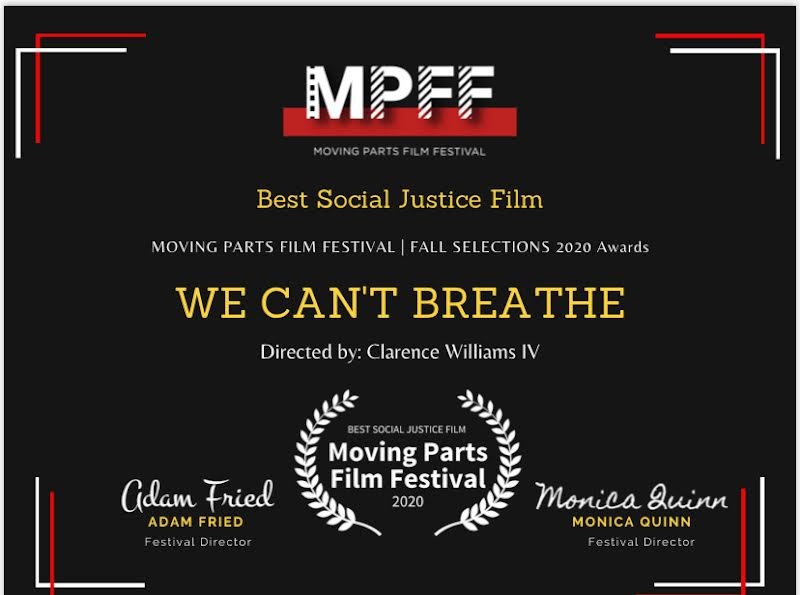 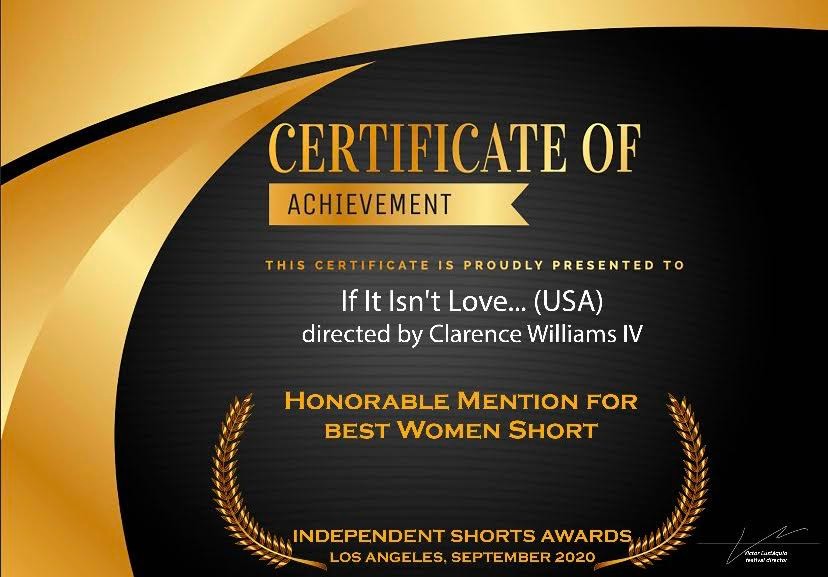 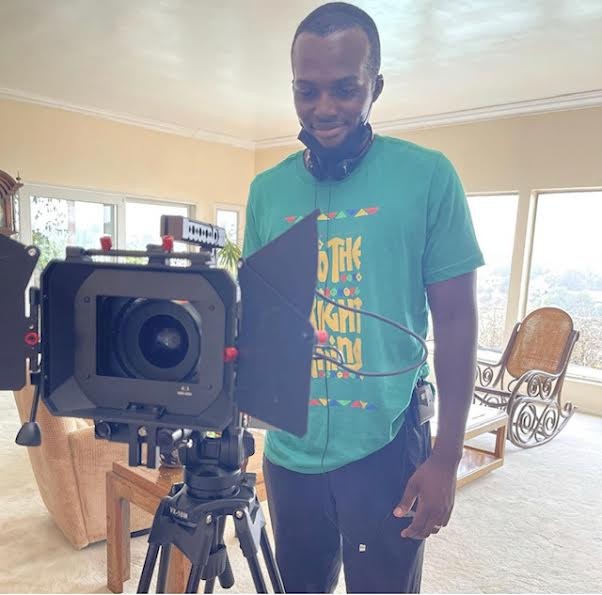 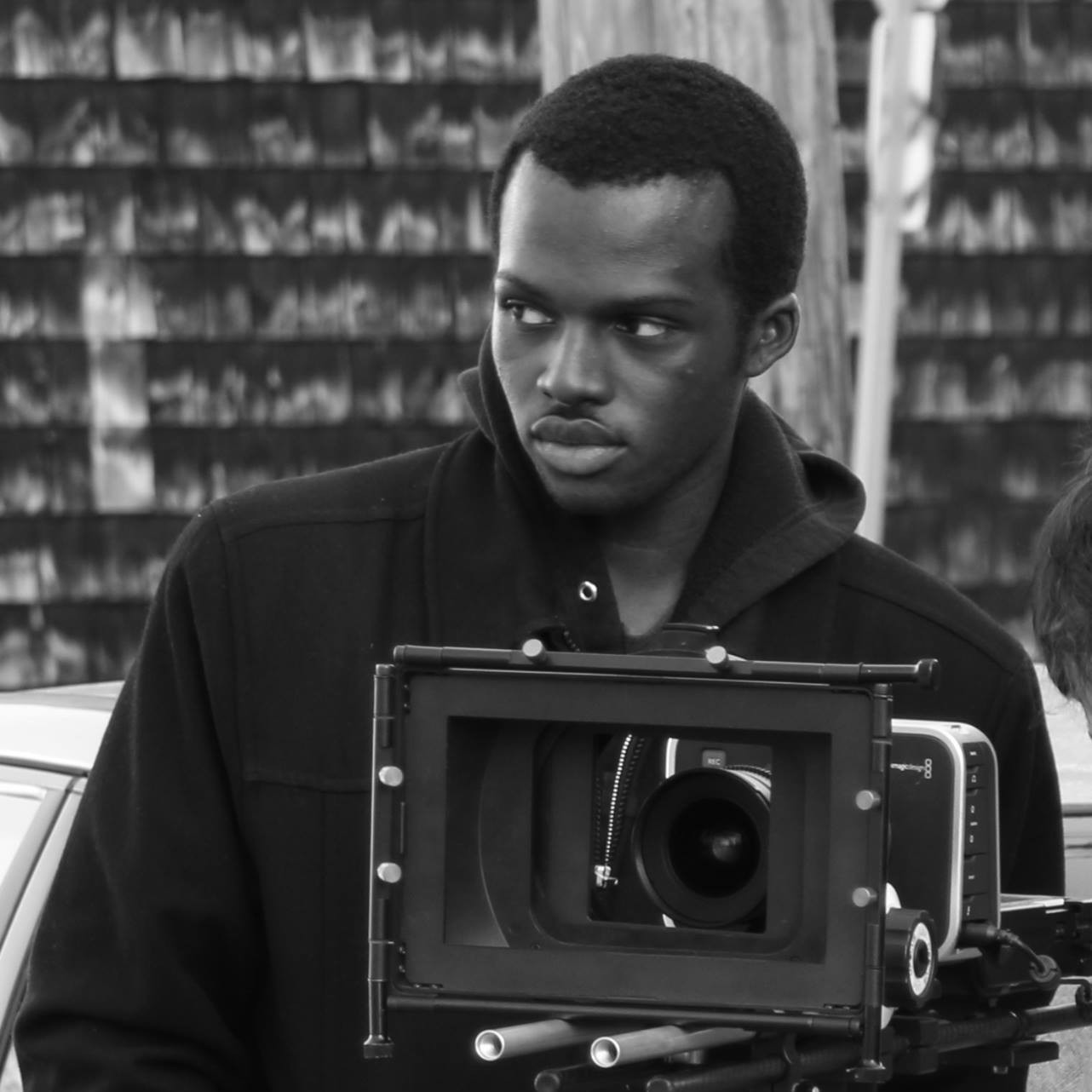 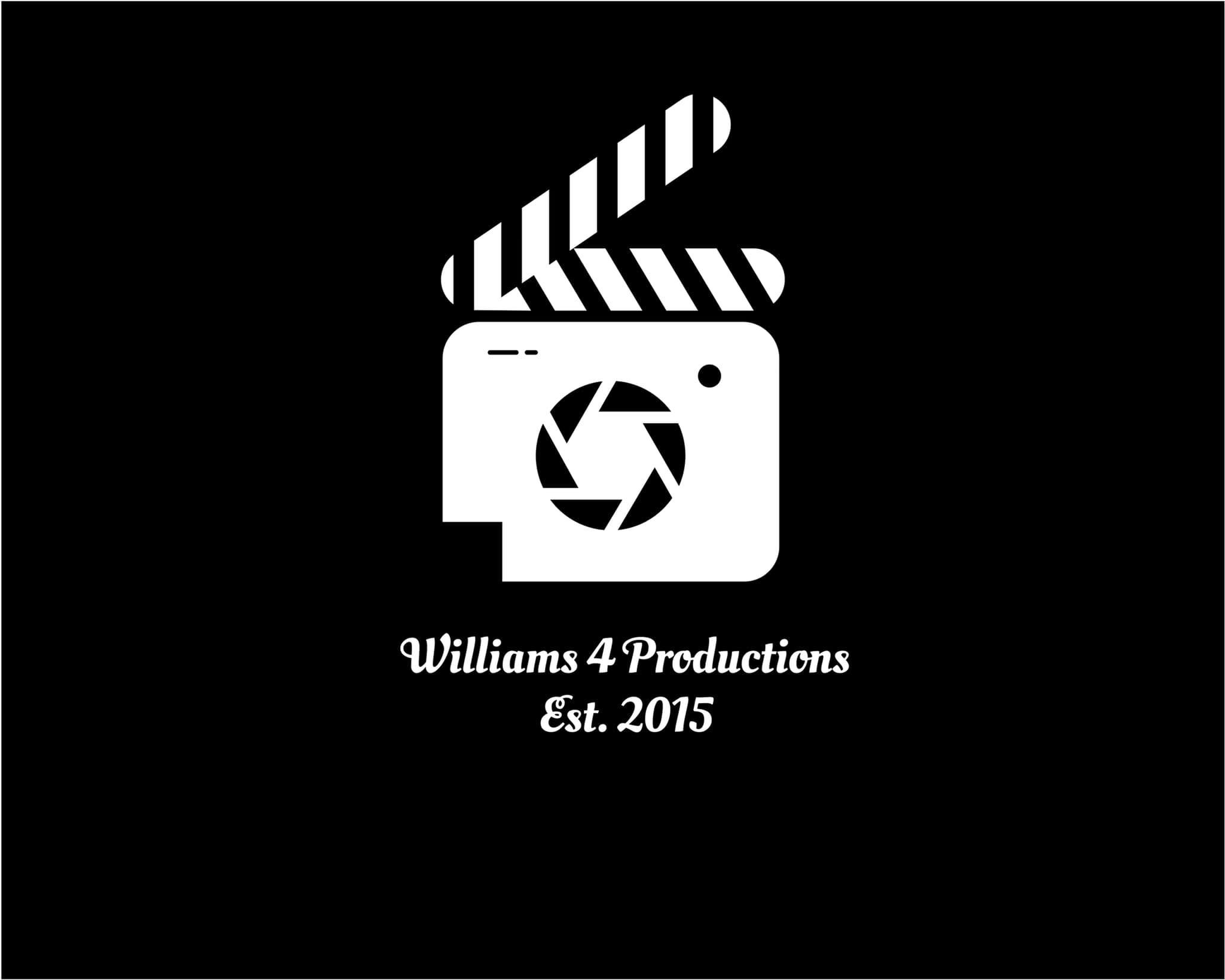