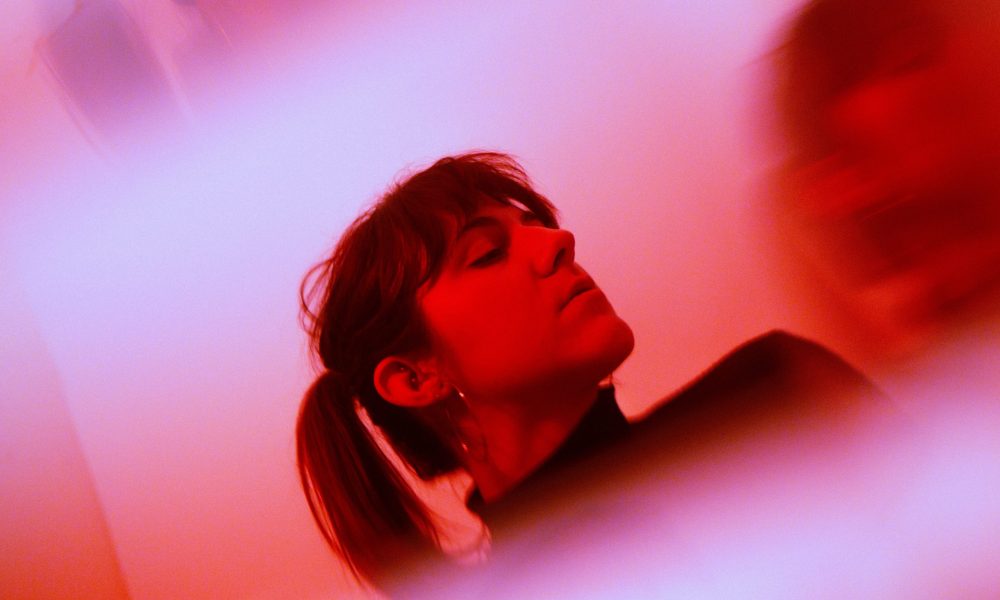 Today we’d like to introduce you to Amanda Mayo.

Hi Amanda, so excited to have you on the platform. So before we get into questions about your work-life, maybe you can bring our readers up to speed on your story and how you got to where you are today?
Thanks so much, I’m excited too! Sure thing. I’ve been making music for as long as I can remember. My grandpa was a jazz pianist and some of my earliest memories are playing with a Casio keyboard that had a built-in sampler. I was involved in regional theater and choir in Miami throughout my childhood and adolescence and moved to New York when I was 18 to attend NYU for music. I became interested in music production when I was 19 and started teaching myself using GarageBand, then learned Logic through a music production elective course one semester. I worked 2-3 jobs the whole time I was at NYU, but whenever I had time I would mess around with production and make experimental glitch tracks. When I graduated, I began working in music licensing and used the money I made at my job to buy a laptop, mix headphones, and Ableton. After putting out a few (very questionable) tracks and bootlegs, people started asking me if I DJed, so I learned how to DJ – first with the APC20, then with Traktor and eventually CDJs.

For five years, I worked full-time in music licensing while DJing part-time at clubs, raves, corporate events and parties around NYC before moving to London to do a Master’s in Popular Music at Goldsmiths, University of London. I learned so much there and figured out who I was as an artist and person in so many capacities, as it was the first time I was able to fully focus on music in an academic setting without working survival jobs. I released my debut track as Slow Shudder, “Call You Back”, while in school, and that helped me meet a ton of other artists, producers and DJs in the London scene and in Soundcloud communities. After graduating from Goldsmiths, I moved to LA and spent a year here making music and freelancing in creative strategy for music start-ups before moving to Seattle. I DJed a ton in Seattle, playing amazing gigs like Neumos, The Crocodile and Capitol Hill Block Party, as well as tons of corporate DJ gigs. I put out my debut EP, “Off the Rails”, in late 2019 after a series of singles that I released both independently and with labels including bitbird & Next Wave / Ultra Music, and was in the process of gigging to promote it when COVID hit. The first lockdown was a big reset for me – I felt like everything I’d been working towards for over ten years disappeared overnight, and there was so much uncertainty about what would come next.

Fortunately, I’d just started working with my collaborator, Stephanie Singer, at the end of 2019. I’d been producing tracks for an animation she had in the works and then at the beginning of lockdown, she brought me on to produce an immersive music piece she was working on called New Symmetry, created when she was the British Council musician in residence in Russia. In addition to New Symmetry, without gigs and with the help of PUA, I also had more time than ever to explore other genres and really hone in on production and writing in a way I hadn’t been able to do in years. I made a bunch of tracks for two new artist projects, one of which I’ll be launching later this year, as well as tons of tracks for other artists and for media. New Symmetry showcased at Different Ever After festival at the end of 2020 and was selected as ‘Best Music Video’ at the Rome Prisma awards, ‘Best Experimental Film’ at the Red Movie Awards, and ‘Best Music Video’ at the London International Monthly Film Festival.

In early 2021, Steph brought me on as the music producer for a new project called Violet Disruption centered around an avatar DJ who is a beacon for survival, which received funding for development through the Royal Opera House and National Ballet of Canada in partnership with SIRT Centre. After this development period, Violet Disruption was selected as a finalist for Opera Beyond in Helsinki. Steph and I pitched the project at Assembly Creative Tech Fest and were selected as one of the two winners, receiving additional funding and a 20-show run with the Finnish National Opera from November 2022 – January 2023. Throughout this time, I’ve continued to regularly write and produce pop, rock and electronic music for myself and others, as well as work as a freelance creative strategist for entertainment companies. I moved back to LA in August 2021 to be closer to my friends and collaborators here and am so grateful to be back in the LA music community.

I’m sure you wouldn’t say it’s been obstacle free, but so far would you say the journey have been a fairly smooth road?
The road has been full of potholes, with a few pits of fire along the way. Haha, unfortunately, it has not been smooth at all. As most artists know, it can be difficult to make a living through your work. It requires persistence, ingenuity and a dedication to developing your craft, in addition to being an entrepreneur always on the lookout for the next opportunity to pay the bills. I’ve struggled with people not taking me seriously as a producer and DJ over the years, but have done my best to continually improve and let my work speak for itself. I also struggled for years with marketing my music effectively and have had to figure that out through trial and error. The process of being my own creative director, publicist, manager and booking agent taught me so much and I’ve used what I’ve learned to develop a career in creative strategy alongside my career in music.

Can you tell our readers more about what you do and what you think sets you apart from others?
I’m a music producer, songwriter, artist and DJ. I’ve been releasing left-field electronic pop music under the artist name Slow Shudder since 2016. My goal with this project was to capture movement, meaning that I’m interested in taking snapshots of musical moments as pop evolves, which is reflected in my artist name, and continually explore my sound as both a producer and songwriter. I’ve released a lot of tracks that I’m proud of: some highlights are my collaborations with Marcioz, “How to Fall in Love with a Machine,” “Interstellar” and “Ayre for Rejection”, as well as the title track from my EP, “Off the Rails”. My favorite tracks are all unreleased, but I’ll be launching some of them within the next 6 months under my new alt electro-rock project, xtraspice. I like to think what sets me apart from others is my dedication to continuous evolution and my ongoing interest in exploring new sounds.

What was your favorite childhood memory?
This is really hard to choose! There are a ton involving friends and family but I couldn’t pick a favorite among them. The first clear memory that popped into my head was reading a book in a tree behind my mom’s house in Miami – that’s not one specific incident, that’s something I did pretty much daily when I was a kid, but hopefully, it counts?Another thing I loved to do as a kid was listen to the radio late at night after my family went to sleep. I’d hide a portable radio under my pillow and stay up as late as possible and go through every station – from 102.7 oldies to 94.9 zeta rock to pop and hip hop on power 96 and Y100. My favorite was when I’d catch broadcasts of live DJ sets from clubs around Miami – I can still hear the announcer saying “LIVE from CAFE IGUANA” in my head to this day. 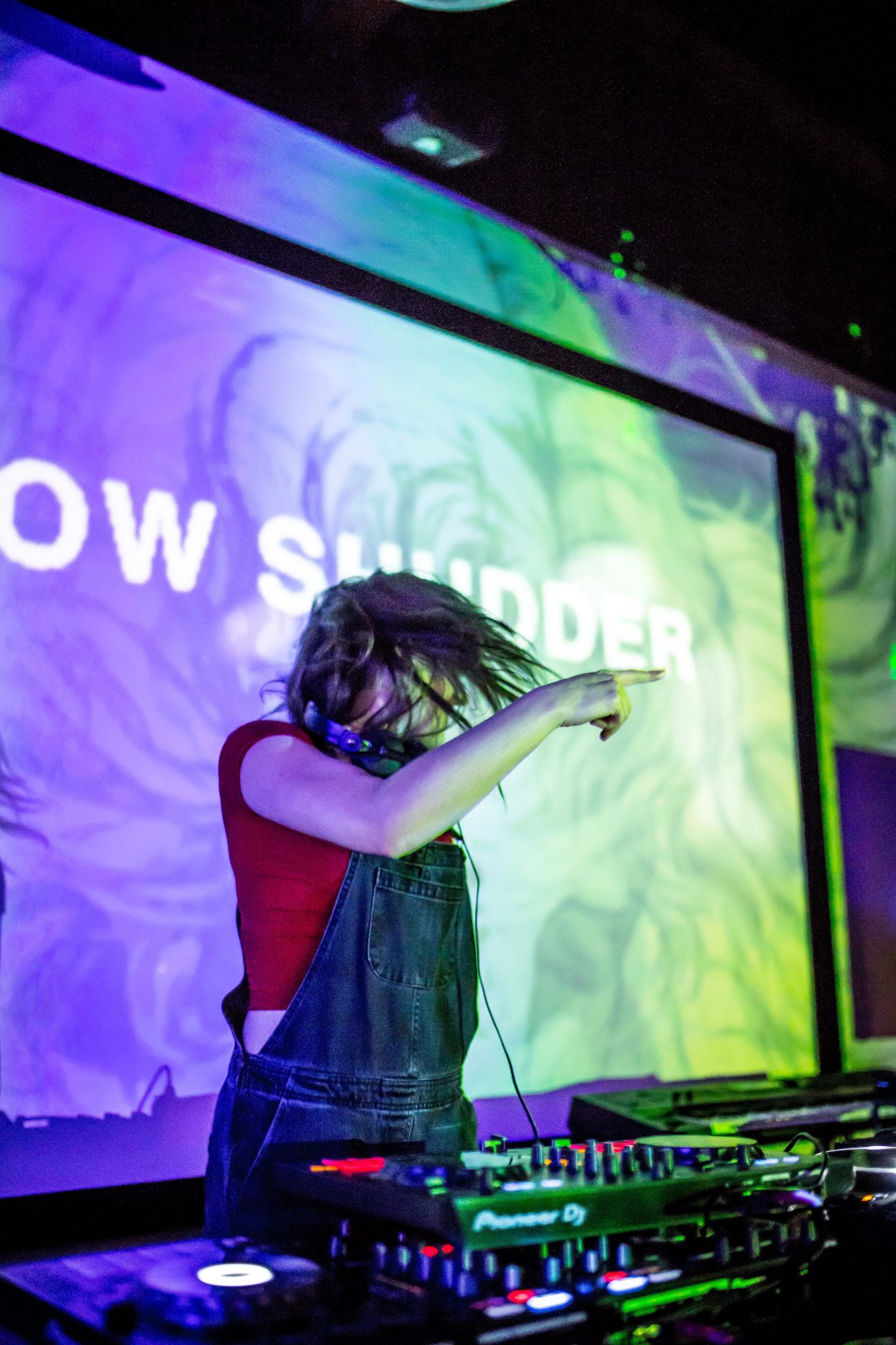 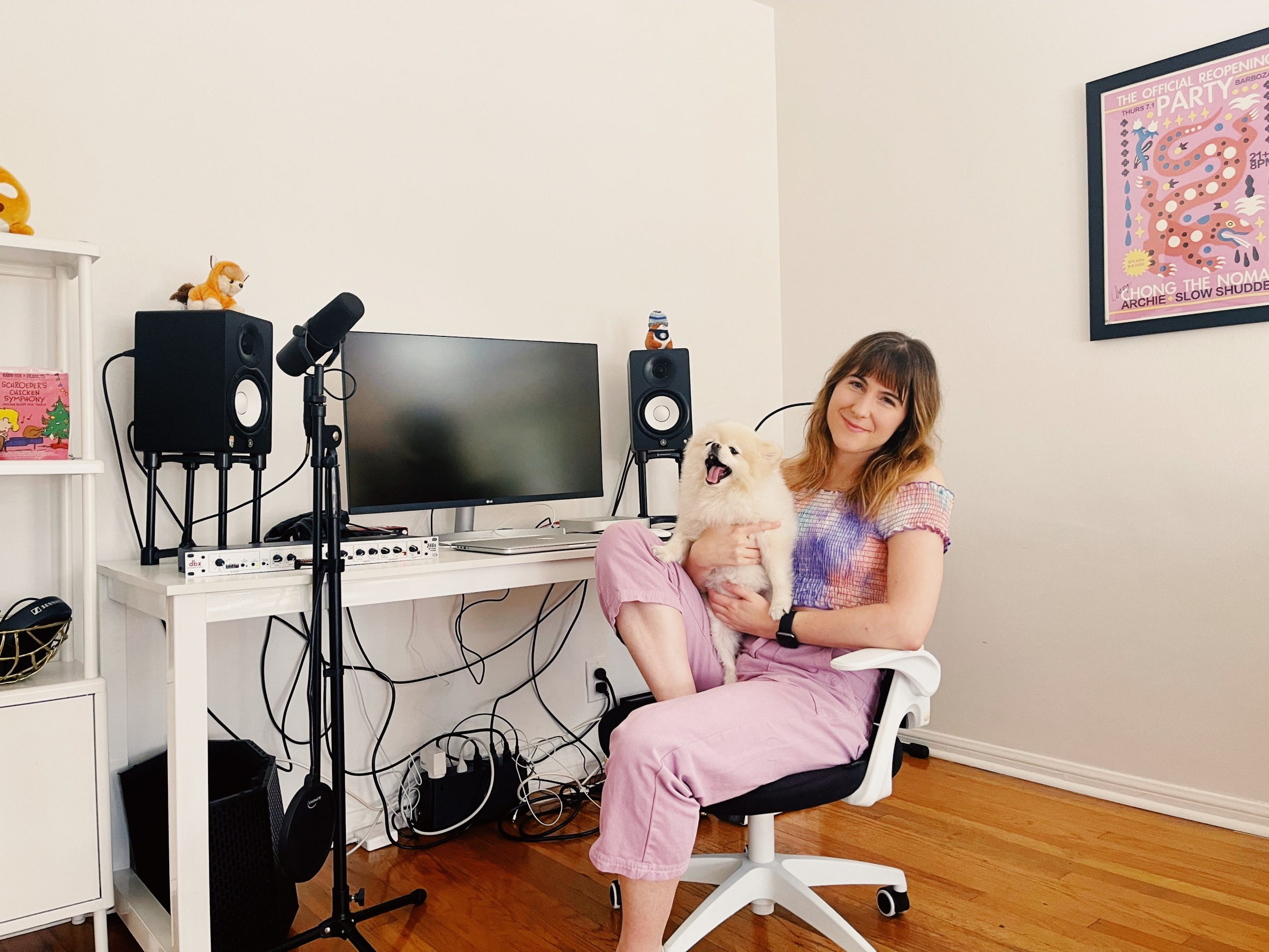 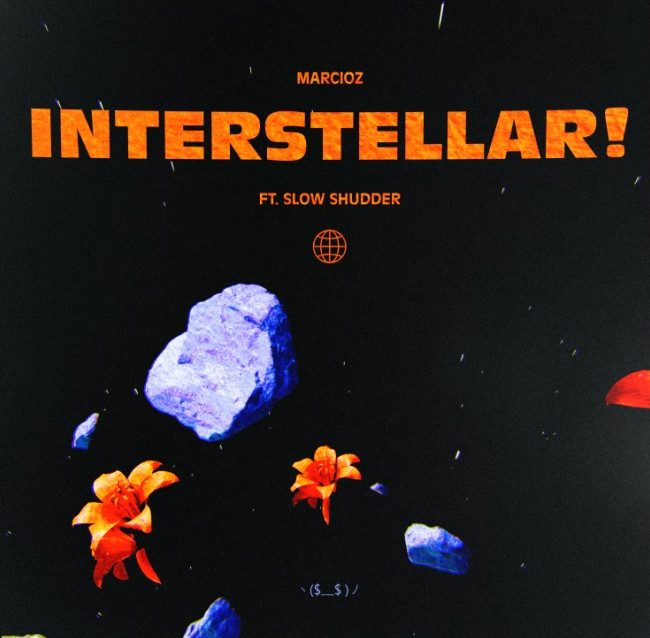 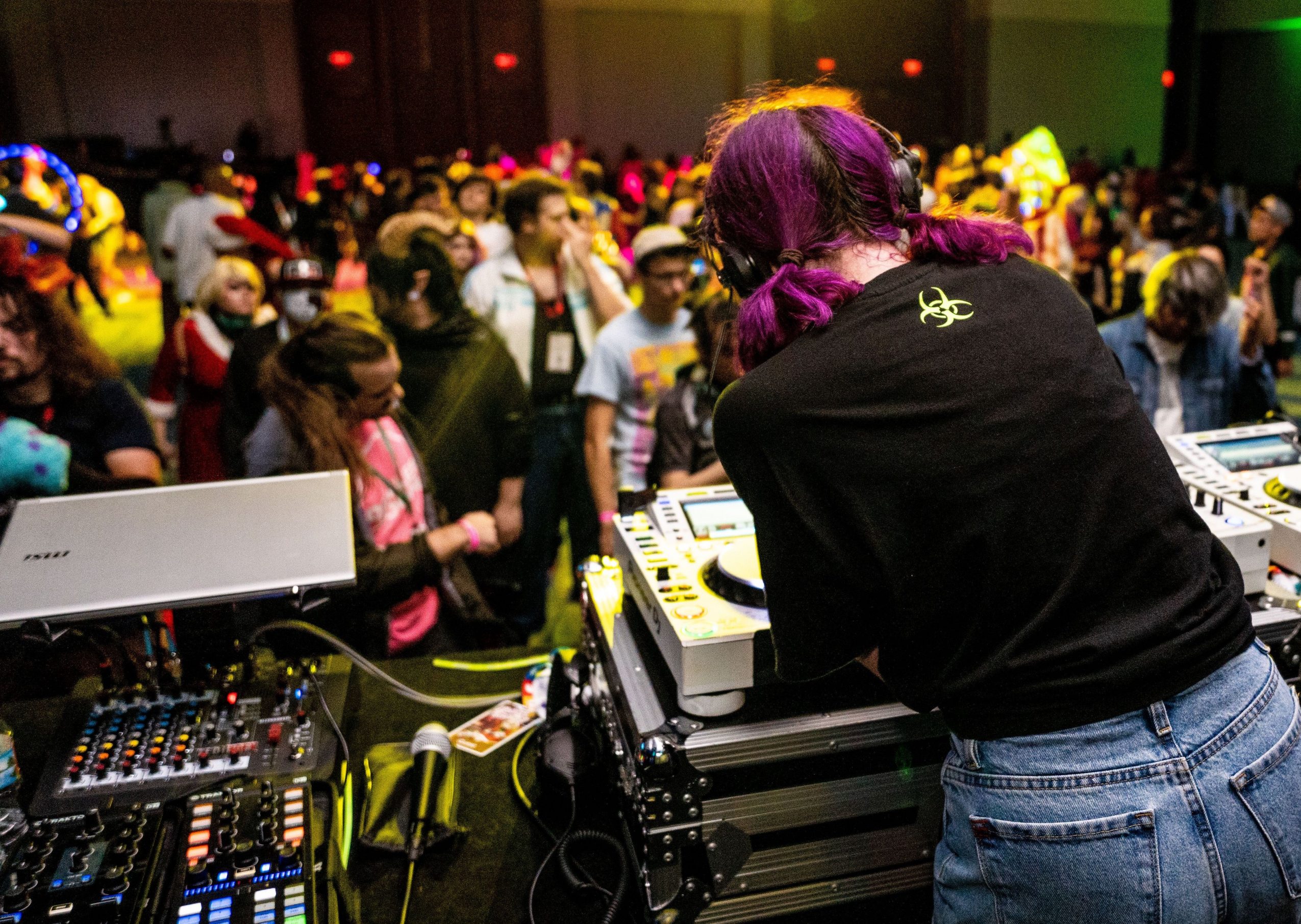 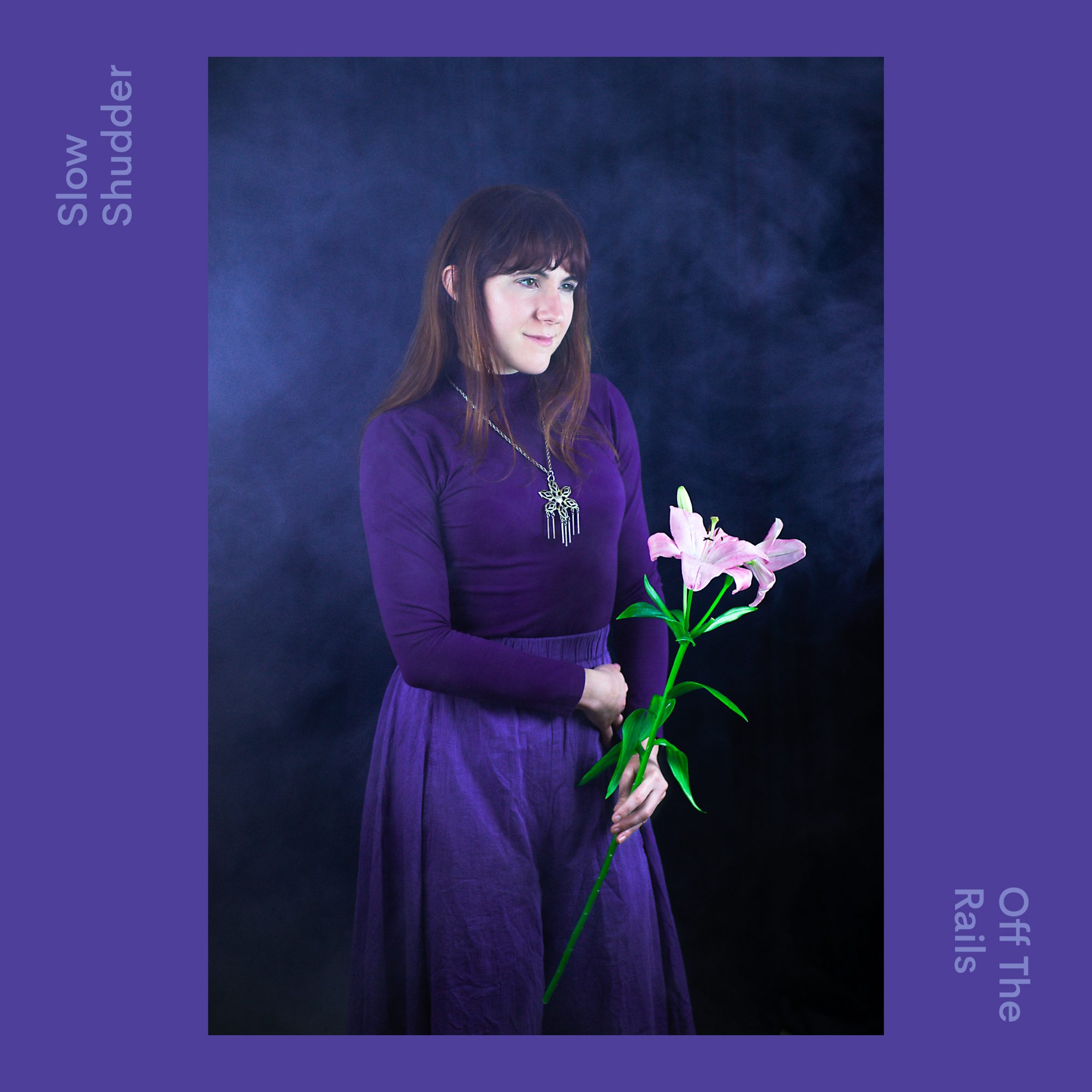 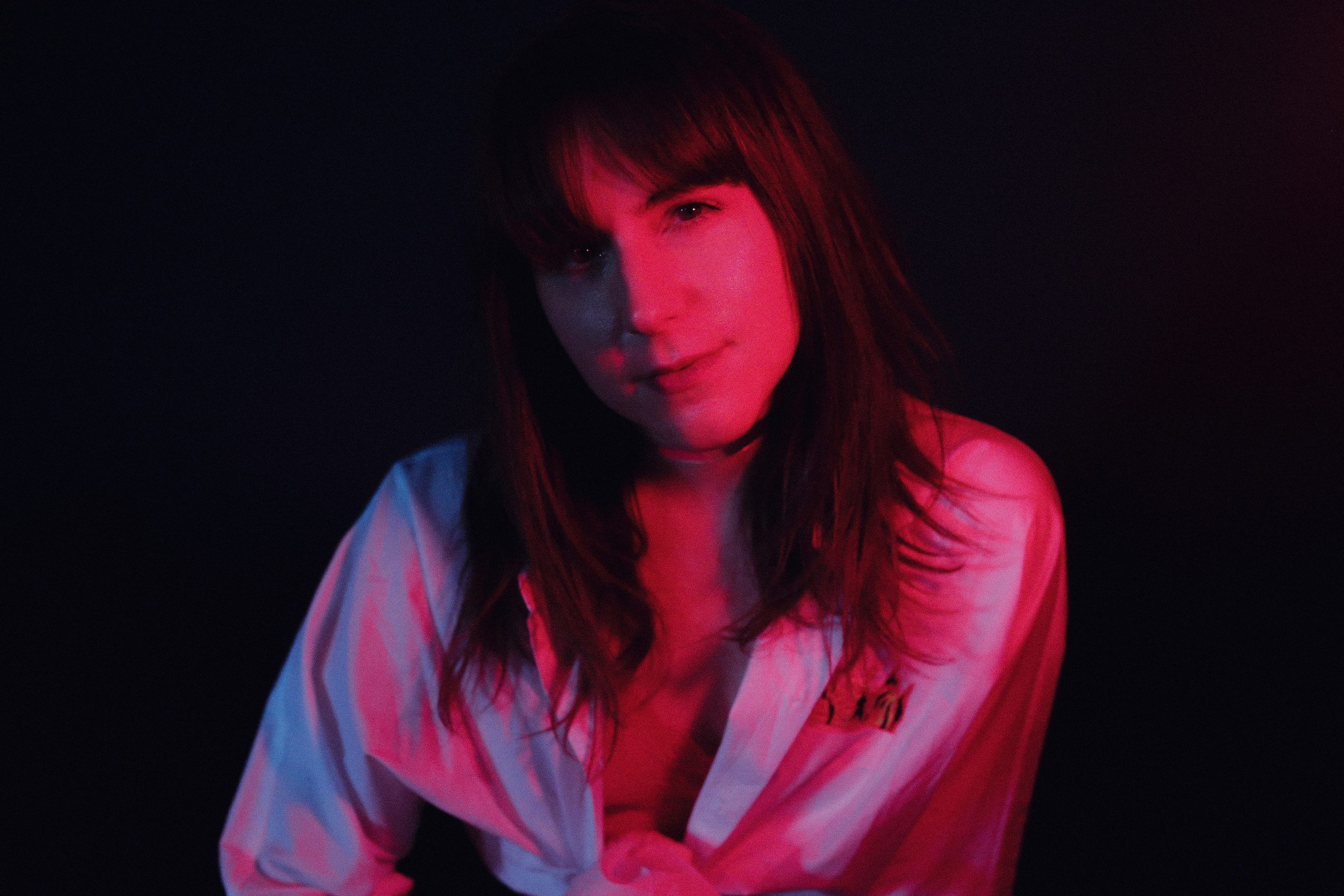