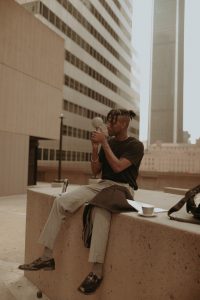 Hi Aes, it’s an honor to have you on the platform. Thanks for taking the time to share your story with us – to start maybe you can share some of your backstory with our readers?
I was born and raised in Atlanta, GA. My family was fairly musical. My grandad and grandmother played clarinet and my father played sax so when I had the opportunity to join my middle school band, I inherited my father’s old alto saxophone and started my musical journey. I would eventually branch out into other bands and instruments. I played quads in our school drumline and drums and sax in our jazz band. At the same time, I was experimenting and learning about these different bands and instruments; I also started rapping and making beats. At the time, I was rapping solely as a way to process some of the events taking place around me and the emotions therein. I also didn’t have proper access to a computer at home so I would make my beats on soundation.com (some of which I still have). By the time I was a freshman in high school, I had lost interest due to the lack of resources.

My time in high school was interesting, to say the least. I got accepted to a magnet program for international studies and got bussed an hour away from my neighborhood to get there. I was still in the school band for most of my time in high school and for a couple of years, I was in the marching band. Although it would be until my late junior year, I would revisit making music with the encouragement of my friends. As senior year breezed by, it was time to make a decision on what I was going to do with my life and like most people I knew at the time, we didn’t have many options outside of the college or the military. My first thought was to go to the air force and be a fighter pilot but as luck would have it, I would not be able to join any branch of the military outside of the marines as it was explained to me. Which left me with college as the only option. Fortunately, I would get accepted into Emerson college and continued my journey in Boston. My time in Boston was extremely busy. I graduated in three years with a BA and during those three years, I worked at least five days a week.

At one point, I was working four jobs all the while trying to maintain a social life and enjoy the “college experience”. Needless to say, my experience was far different from my peers at school. I was still making music at the time. The goal has always been to make music but the question for a long time was in what capacity. I guess you say I was trying to hone my craft but eventually, I was struck with the idea that I need to put out music for it to be heard and in doing so that would serve as the advertisement for my skills. So during my senior year, I went about making an album from start to finish. By the time I graduated, I was about 80% done but I was stuck at another crossroad and had to figure out what to do with my life yet again. So I bought a car, packed up, and moved to Los Angeles almost on a whim. I released my first album “Rough Around The Edges” on November 15, 2019, and I have been working as a recording engineer and producer ever since.

Alright, so let’s dig a little deeper into the story – has it been an easy path overall and if not, what were the challenges you’ve had to overcome?
I couldn’t list all the things that happened along the way nor would I want to but the road was never smooth. Between various deaths, friends going to jail, living well below the poverty line in Boston, getting hit by an 18 wheeler driving through Texas on my way to LA, and a global pandemic… I feel one could complain about it a lot but honestly, it is what it is. No complaints. No Regrets. I’ve made my peace with the road traveled for the most part.

Thanks – so what else should our readers know about your work and what you’re currently focused on?
I am a recording engineer, producer, and musician and I specialize in Rap/Hip Hop music. In totality, I help people make the best music they can possibly make. I’m most proud of the level of calm that I try to maintain because it helps when I make music. Managing people’s desires and egos is a part of the job and musicians usually have grand desires and large egos. Being able to stay calm during the music-making process is definitely something I appreciate. It also helps me be honest with myself about my own desires and ego when making my personal music.

We love surprises, fun facts and unexpected stories. Is there something you can share that might surprise us?
I don’t know if this would be a surprise to most people anymore but I really have no desire to be famous or even that well known. I really just enjoy the process and hope to live life to the fullest. Other than that, I love country music and cooking. I’m a pretty good cook. A solid baker as well. 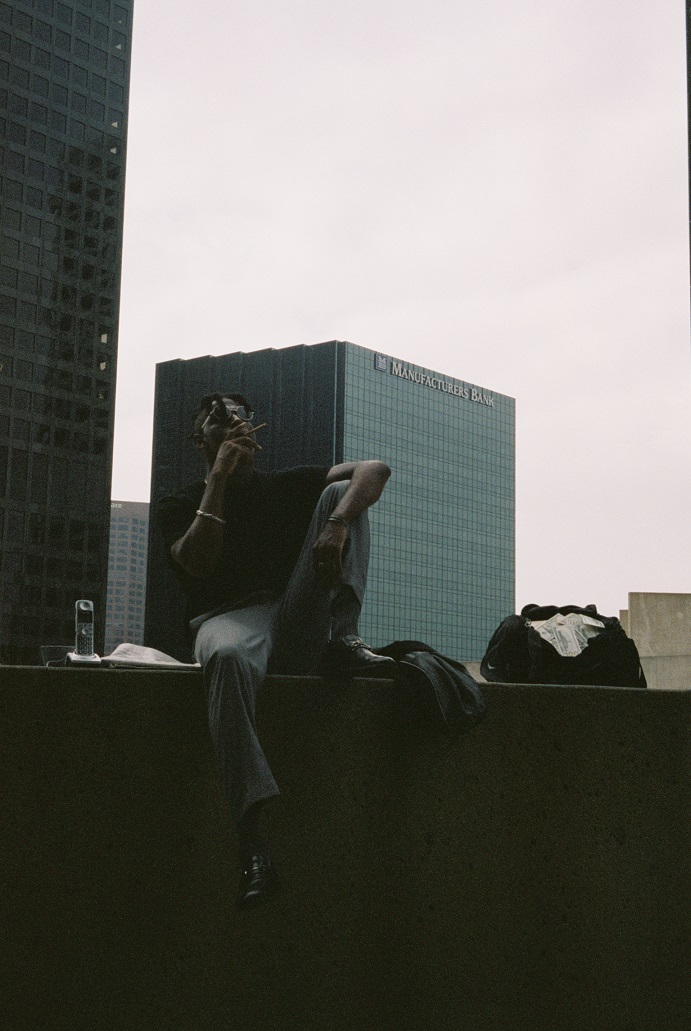