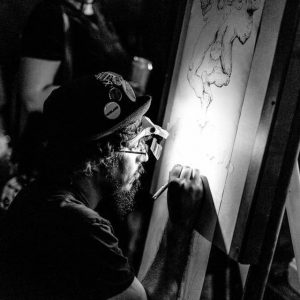 Today we’d like to introduce you to Yanis Zambeis.

Hi Yanis, we’re thrilled to have a chance to learn your story today. So, before we get into specifics, maybe you can briefly walk us through how you got to where you are today?
I moved to LA around 2015. I started off doing live art at pop up shows, like Chocolate & Art, going by the name YaMZ. YaMZ was a name I eventually gave my self due to my own initials Y.M.Z., Yanis Mario Zambeis. Eventually, I was introduced to the Hive Gallery and Studios where I reside as a resident artist to this day.

Would you say it’s been a smooth road, and if not what are some of the biggest challenges you’ve faced along the way?
I wouldn’t go so far as to say smooth, more like a lumpy road. When I started out, I was trying to get into any pop-up show that would come up. Working a regular job in an unstable living condition can make it difficult to manage my time getting into shows. I would mostly be accepting ones that were very last minute and didn’t really pay off in the end. Getting the opportunity to have a residency at the Hive really helped relieve a lot of that stress of seeking out places to hopefully show my work and worry about if I would be able to get the time off from normal job. The biggest challenge for me is being consistent, I have so many ideas and projects I want to do. I’ll come up with new ideas that will take over my interest, leaving my current project unfinished. I can say that I have been improving on finishing what I start before moving on to the next project.

As you know, we’re big fans of you and your work. For our readers who might not be as familiar what can you tell them about what you do?
I am an illustrator. I primarily do surreal pen and ink drawings of varying scales. I generally refer to my art as “Subconscious Surrealism”. I imagine I am mostly remembered for all the live drawing I’ve done at events, that’s how most of my art would first start. I would set up my easel and artboard, start lightly sketching out the first thing that comes to me with a pencil, and then build off of it with my ink pens. A lot of my work is known to be heavy on detail so it would take me a while to finish most of them, especially since early on I would only work on them at the events I was at. I try utilizing a lot of different techniques, primarily cross-hatching and stippling. I started incorporating the use of a headset magnifier lens that is used for jewelry or model building, that way I could add more precise detail. My biggest project that I am still in the process of finishing is a 30 foot long scroll that I started in mid-2016. I was working on it using my regular easel but at some point, it was a pain having to unroll it and roll it back as it got longer.

So I designed and constructed a PVC easel that also could also be used as a display that would either hang on the wall or stand on its own, I designed it so that I could work on it and display it at the same time. I can roll it from beginning to end allowing me to work on different sections when I want to without hassle, and it allows me to show it off easier to people that want to check it out. I have closely recorded my time spent drawing on it which is around 60 hrs over the last few years, this is definitely my proudest achievement. As of more recently, my work has been going a different direction developing more pop-up style 3D art. I began series of parodies based on 80’s to early 90’s film posters and/or images from films of that era with focus on everyone being an anthropomorphic Llama. And also, my “Very Far Off Broadway Cast of Kats” inspired by the recent train wreck theatrical adaptation of “Cats”.

Do you have any advice for those looking to network or find a mentor?
Learn to communicate with others especially the people that take any interest in your work and don’t downplay yourself. Don’t hesitate to ask for advice from those around you with more experience and don’t let the focus on success consume what you enjoyed about doing the art in the first place. Try to expand if you feel stuck where you are, learn new things, grow as an artist, and most of all have fun doing it. Otherwise, what’s the point. 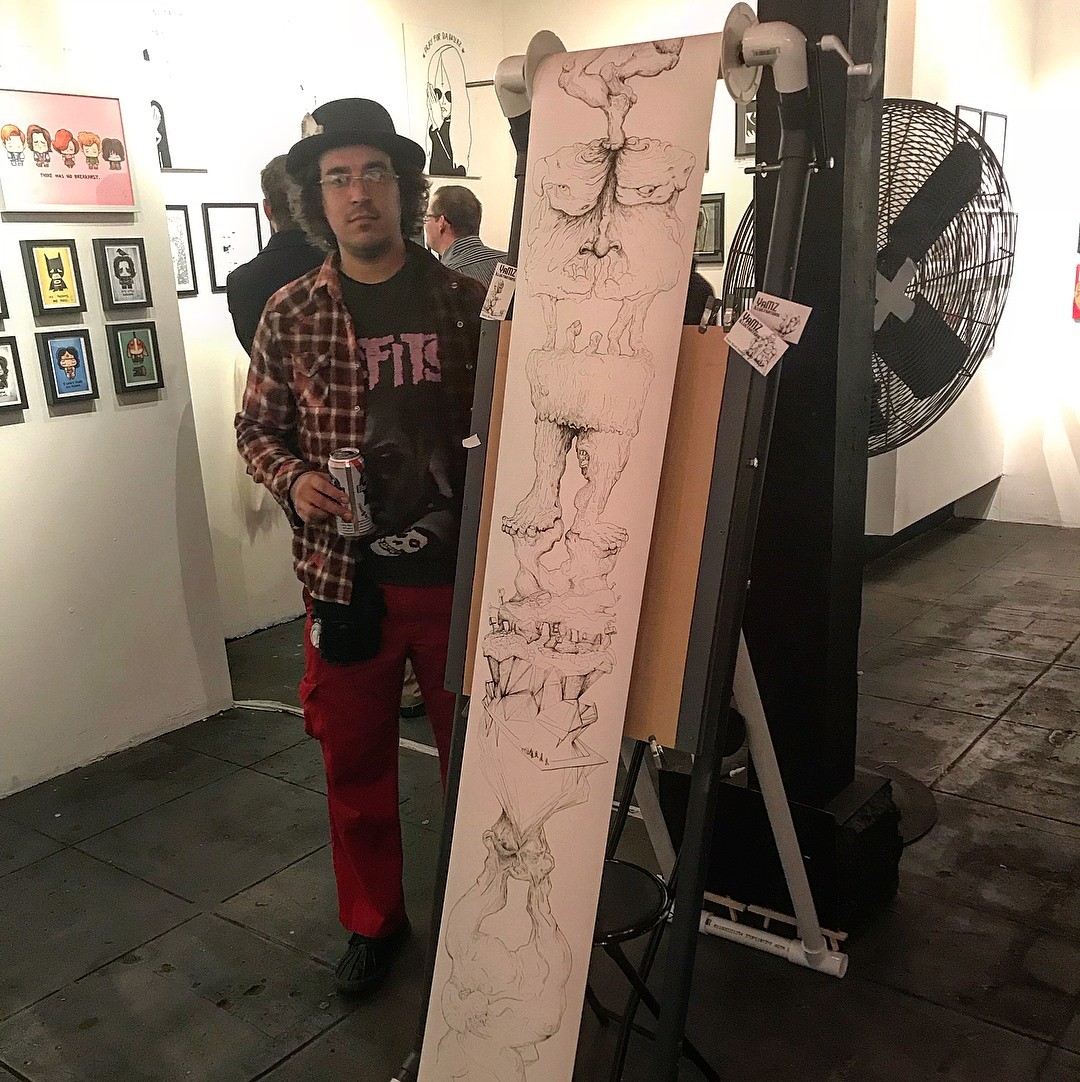 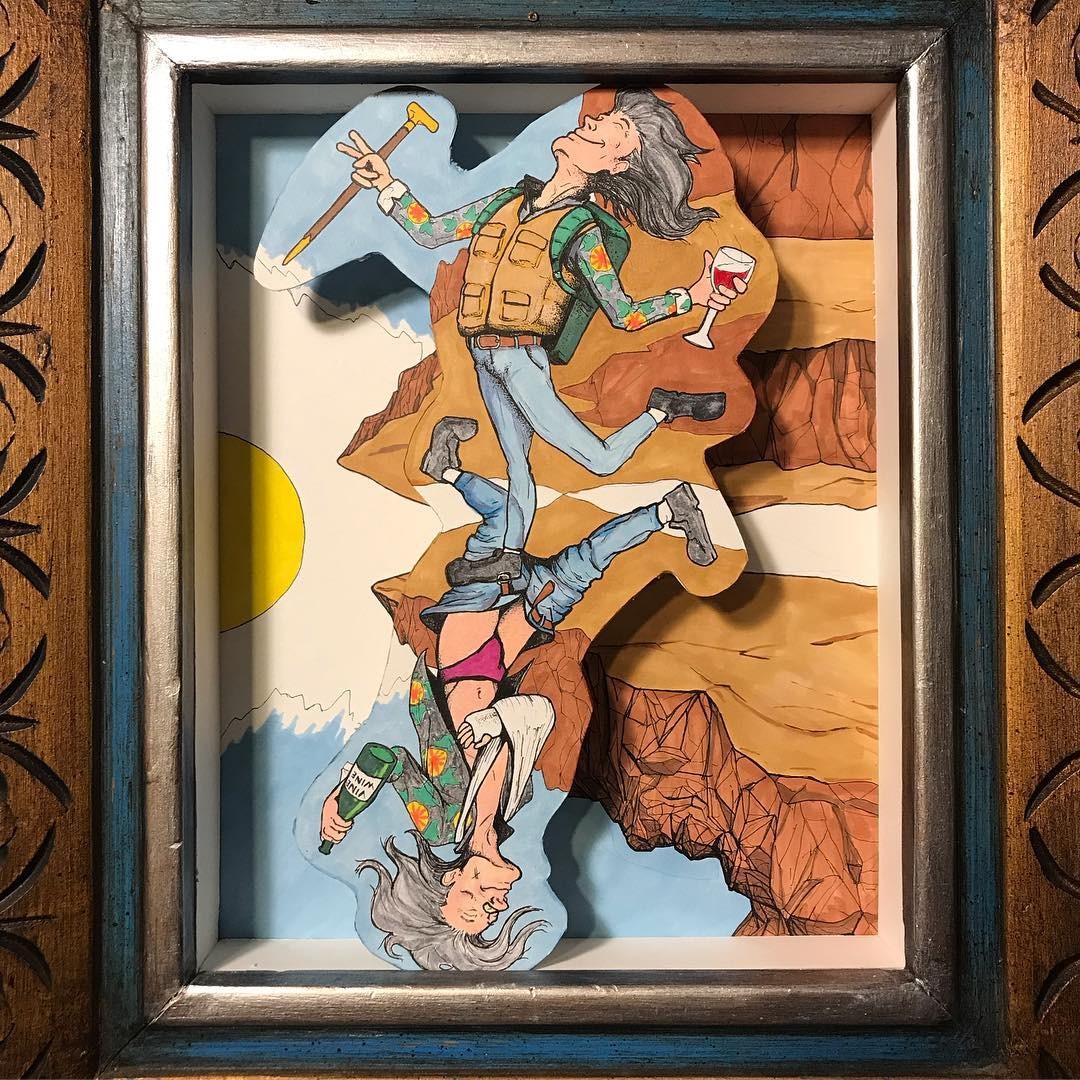 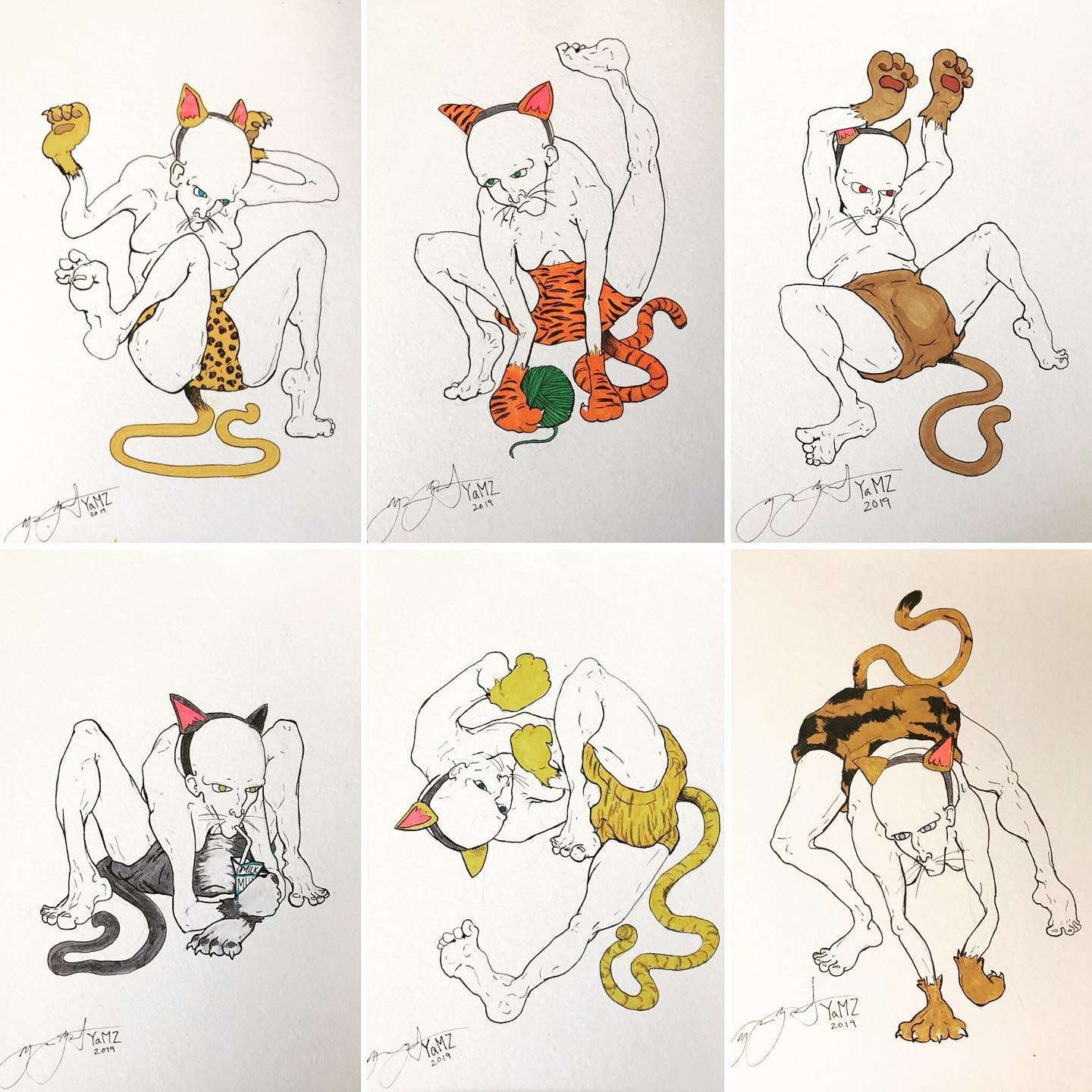 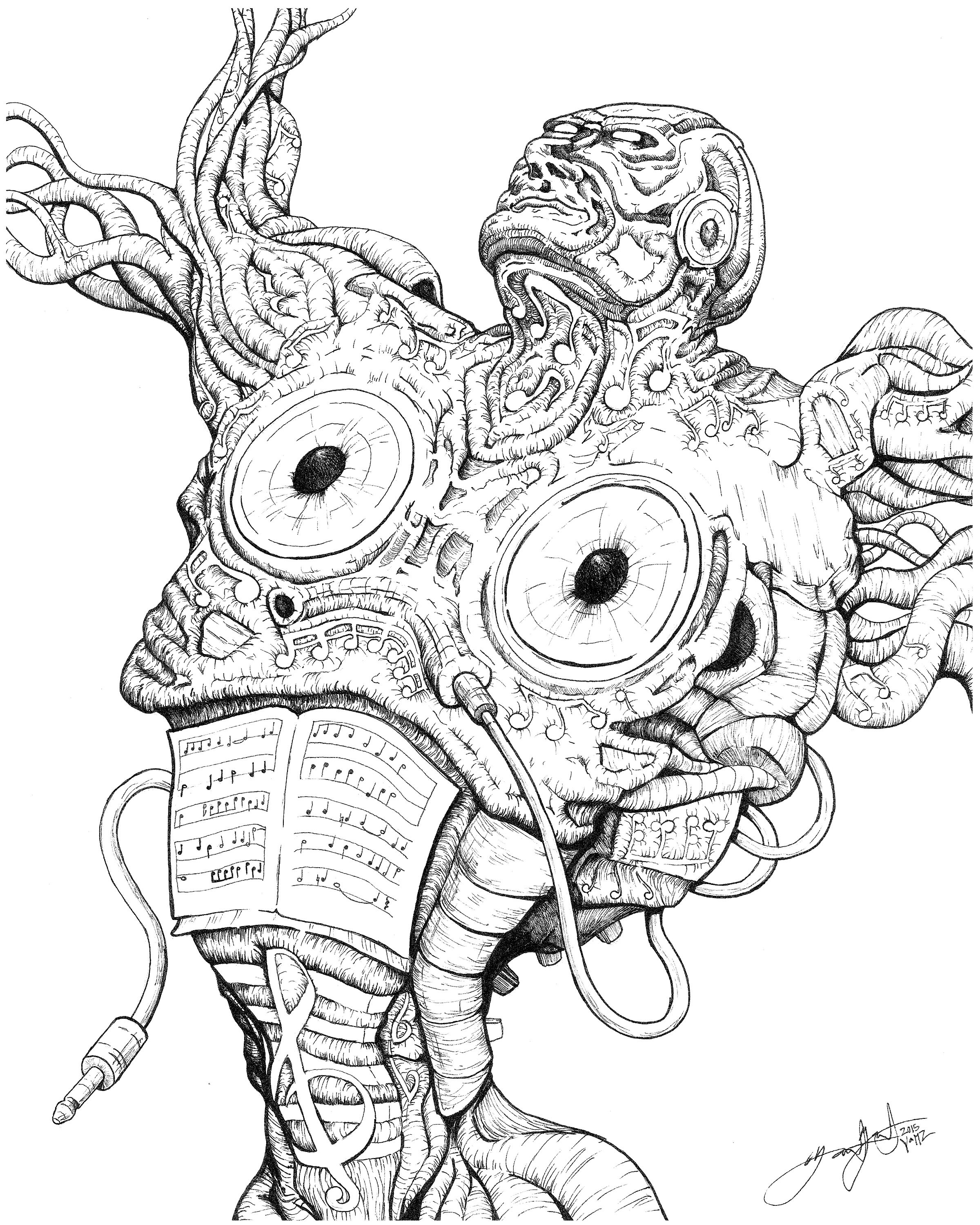 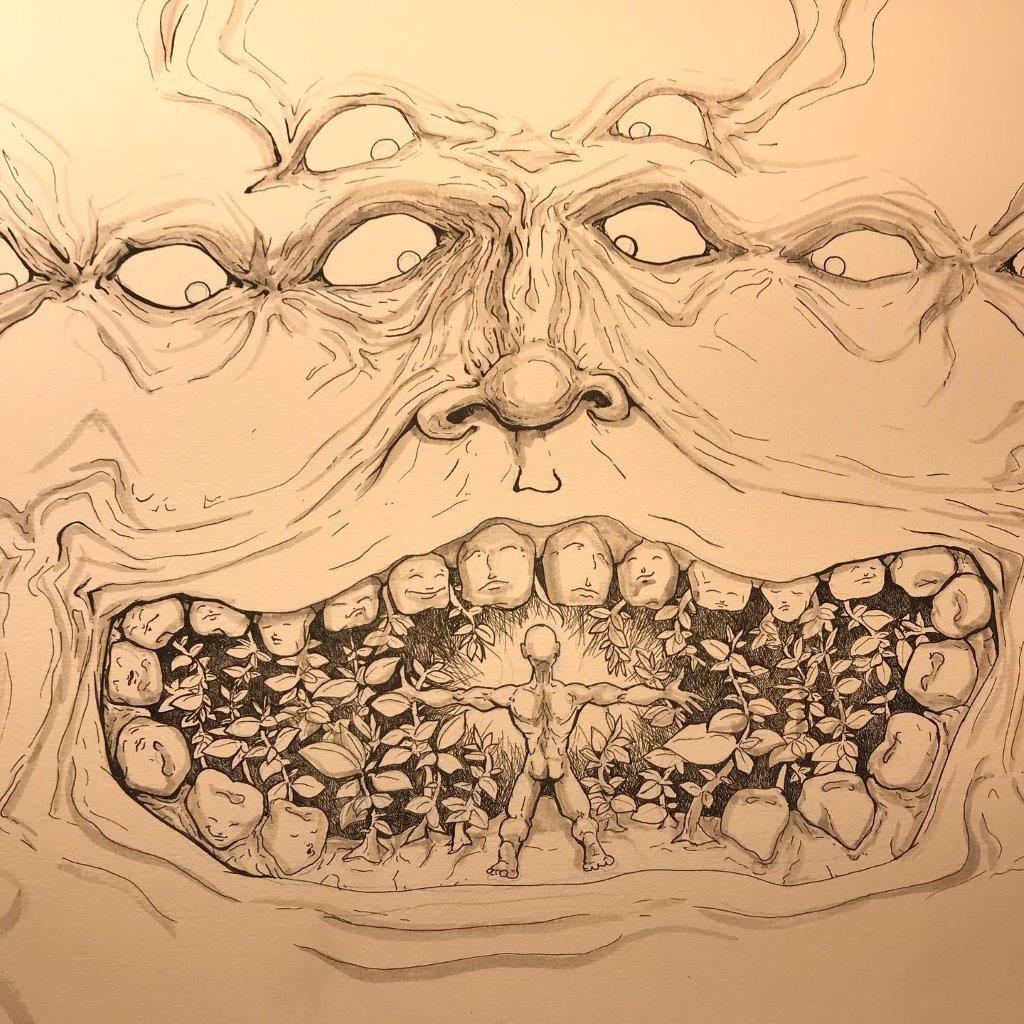 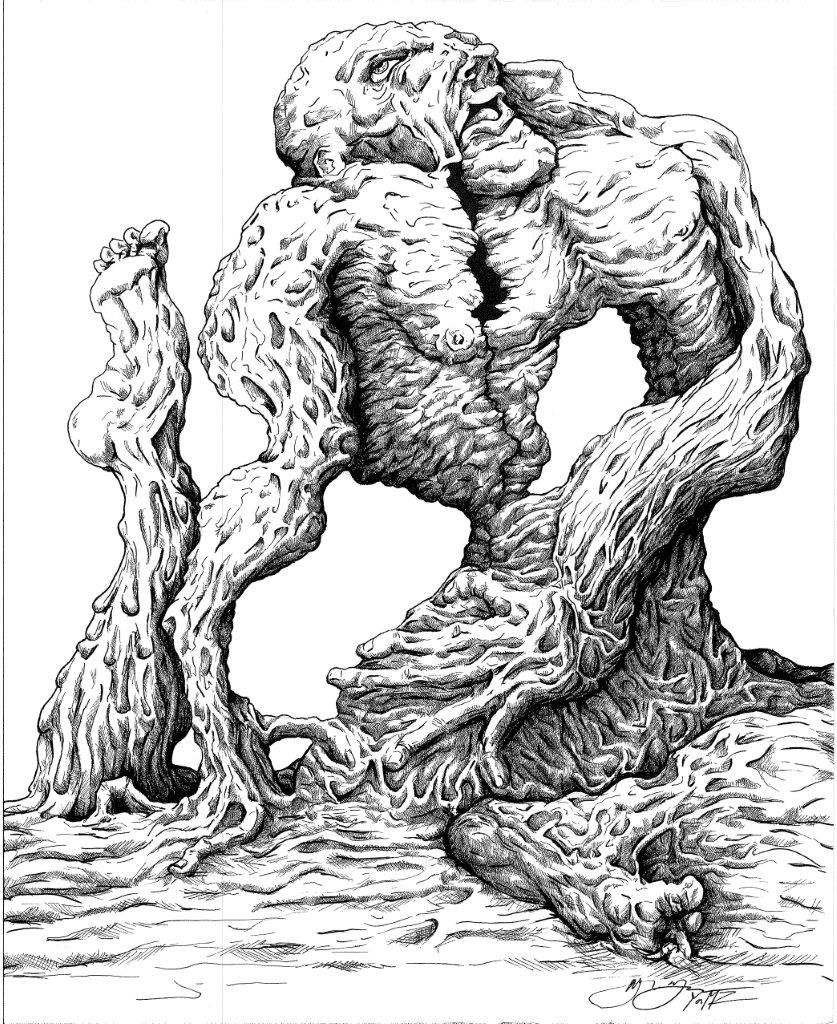 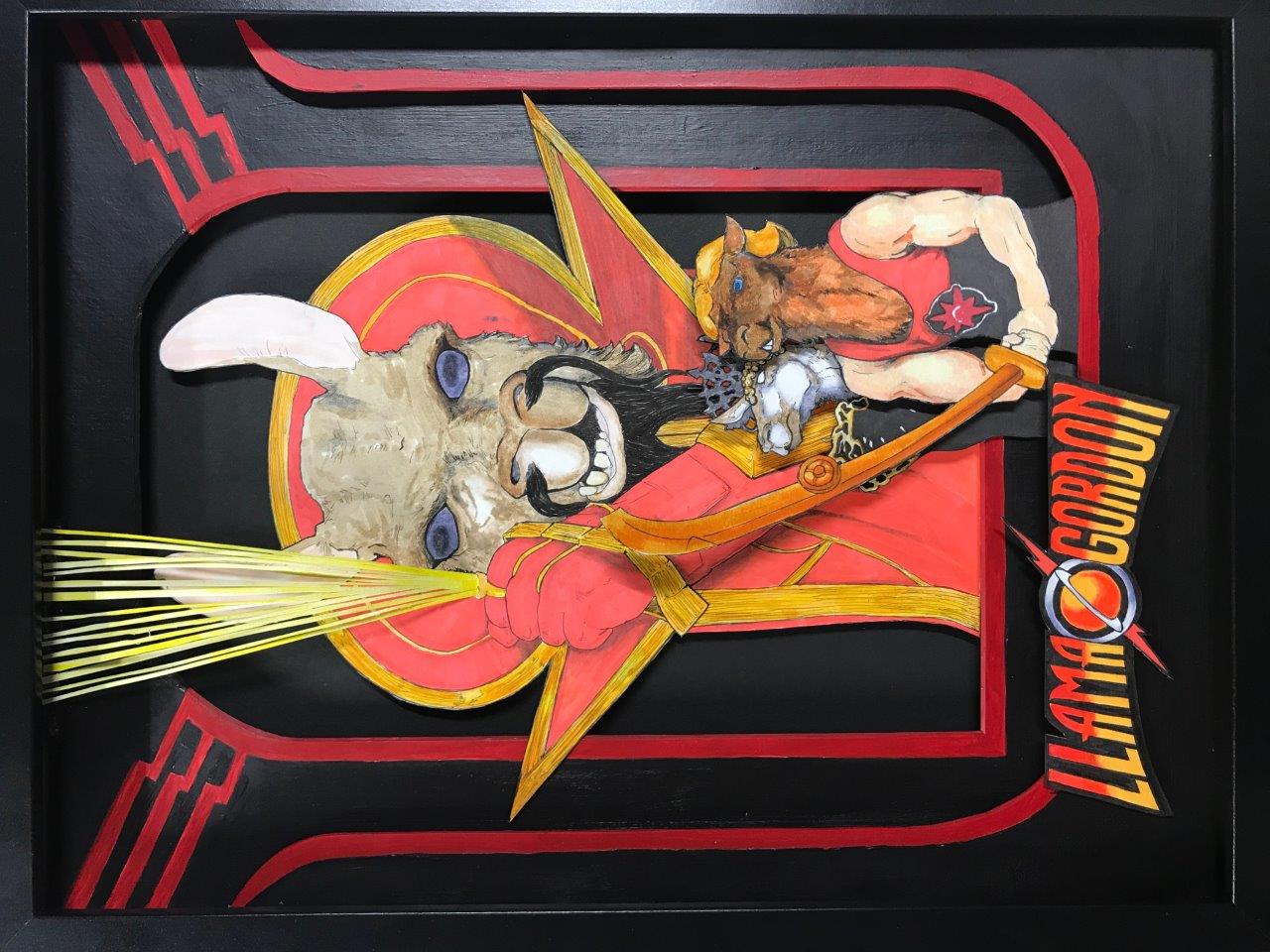