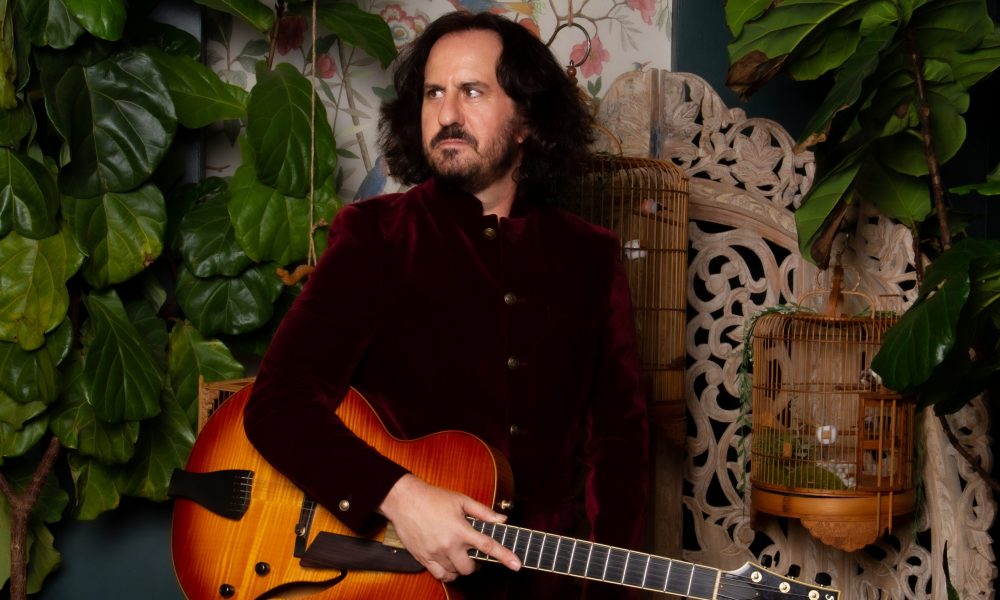 Today we’d like to introduce you to Shea Welsh.

Hi Shea, we’re thrilled to have a chance to learn your story today. So, before we get into specifics, maybe you can briefly walk us through how you got to where you are today?
I’m Baltimore-born, East-coast raised and a Los Angeles Transplant. I first started in music as a trumpet player in my 4th-grade school band. I fell in love with it and practiced a lot. I took lessons at school and played in the band as well as in an extracurricular brass quintet. I had my own records of my favorite trumpet players Al Hirt and Doc Severinsen that I listened to a lot.

I also remember reading Louie Armstrong’s biography which was fascinating for a kid as he led quite the adventurous life growing up in New Orleans! We had very good public school music programs in Bel Air, MD, and a suburb of Baltimore, where I grew up. It was “cool” to be in the bands. There was always music on in the house and on the car radio and coming from a large family with six brothers and sisters; we were always in the car driving to somebody’s sports game or boy scouts etc. So we listened to the radio a lot!

I shared a room with my older brother Chris, and around 8th and 9th grade, we got our own stereo in our room. Our musical tastes started to move towards heavier rock. My first record I bought was Led Zeppelin II. That was a game changer as I remember the feeling of the aggressive guitar playing coursing through my body! At that time, a friend of the family gave us an acoustic guitar that he found at a yard sale. I began my transition from trumpet to guitar and so it went.

Through high school, I jammed with friends, and a highlight was performing Kansas’ “Carry On My Wayward Son” at my high school’s senior variety show. I ultimately ended up majoring in guitar performance which includes jazz as well as classical training at Towson University in Baltimore where I kicked everything into high gear. I auditioned into a “Top 40” band that played all over the Mid-Atlantic. I developed some serious practicing habits and hung out with a few friends who would practice late into the night.

After college, I played all over MD and the surrounding areas with my own progressive jazz band, “The Shea Welsh Group,” in numerous rock and pop bands and in a classical guitar and flute duo with a Peabody Conservatory graduate Nancy Stagnitta. I gained a whole lot of experience and logged in many hours with a guitar in my hands. At this time I also started playing with a local artist “Slim Man” who had a lot of airplay around the country, so we ended up touring around the U.S. quite a bit.

Through connections I made out on the road, I ended up landing a full-ride scholarship to The University of Southern California as a teaching assistant in the Studio/Jazz Guitar Department Master’s program. This facilitated the relocation to LA which I decided I had to move out of my comfort zone and take… School was quite rigorous, but I somehow managed to keep an active performing and teaching schedule going.

I started playing numerous gigs around town with my own band, shows like The Catalina Jazz Fest with Slim Man, sessions such as studio work with Raven-Symone with producer Tricky Stewart. I was also hired at the time to teach jazz bands part-time at The Crossroads School in Santa Monica. I was also hired back by USC to direct their Contemporary Music Divisions recruiting class The USC Summer Guitar Seminar.

I used all of my organizational and musical skills to also move into producing and musical directing working with many different artists including vocalist Michelle Coltrane, daughter of Alice and John Coltrane. I produced my own record, “Arrival” at the same time we worked on her record, “Awakening.” We got them both signed to the Blujazz label out of Chicago. They were released in 2017, and I have been out touring worldwide promoting them ever since. I had a few notable releases shows for my record in Bangalore, India, Panama and Nice, France and Michelle and I have done shows in San Francisco, Wisconsin, Indiana, Miami, and North Carolina.

I also operated my own music school for four years, “The Shea Welsh Institute of Jazz” where 6th-12th graders studied jazz at an elite level. During that time, we won four prestigious Downbeat Student Music Awards, performed all over Los Angeles, and played the John Coltrane Festival in North Carolina as well as the Panama Jazz Festival.

For the past eleven years, I have also manifested a very exhilarating position as Educational Director with the Panamanian environmental non-profit Geoversity which is preserving 12,000 acres of vital rainforest in the jungles of Panama. We perform and use the universal language of music to help spread the word about the importance of saving this ecological paradise. Jane Goodall is one of our associates that I have had the honor of working within these efforts.

During the pandemic, while the world slowed down and touring musicians were stuck at home, I was able to manifest a dream I had of putting a world music group together. So I called some of my favorite musicians from all over the world that now reside in Los Angeles to write and jam together and we ultimately created Renaissance Heart. The global music project merges the artistry of two-time GRAMMY® award-winning vocalist Hila Plitmann, world-renowned tabla master Aditya Kalyanpur, and me. Along with special guests, we create organic, reimagined connections between new age, classical, jazz, folk, rock and world music genres. We recently released our debut album Layers on Art of Conversation Records.

I’m sure you wouldn’t say it’s been obstacle free, but so far would you say the journey have been a fairly smooth road?
The music business is always rough! It is extremely competitive. Sometimes cut-throat. You are always making decisions of art versus commerce. Flying equipment to performances and the crazy hours one must keep to pull off the shows is grueling.

Keeping interpersonal relationships healthy with a predictably unpredictable schedule has proven challenging but these are all definitely first-world problems that fade into the background when you are up on stage and the adrenaline is coursing through your veins, the band is firing on all cylinders and the audience is responding and definitely expressing that they are in your corner! Wouldn’t trade it for anything!

Can you tell our readers more about what you do and what you think sets you apart from others?
I worked very hard to create a reality where I can make a living as a guitarist, composer and producer. It is often a fight to maintain cash flow while also ensuring enough space to allow one’s mind to wonder and be creative. So far so good. My creative process also fluctuates between meeting a deadline being a good motivator and a significant amount of downtime being put aside to allow new ideas to percolate. I try to just go with the flow and allow it to happen as it comes and by the end of a year it tends to work out with a decent amount of output occurring. I also like to make sure that I experience/attend a sufficient amount of art outside of my main writing and performance sphere in order to remain inspired. This has recently included a lot of performances at the LA Opera and trips to museums as well as dance/ballet recitals.. Although I still very much enjoy a great jazz concert, I am much more in awe of a great ballet dancer or soprano that can execute a skill set at an extremely high level in a discipline I can’t even begin to approach at any level.

How do you think about happiness?
I derive a lot of my happiness from performing, composing and producing at a high level. As this can sometimes teeter on being unhealthy, I balance it out by making sure that I stay physically fit by working out at least 6 days a week and also by following and catching as many games as possible of my USC Trojans football team as well as my hometown Baltimore Ravens. I also attend the above mentioned concerts and performances with my significant other who enjoys them as much as me. 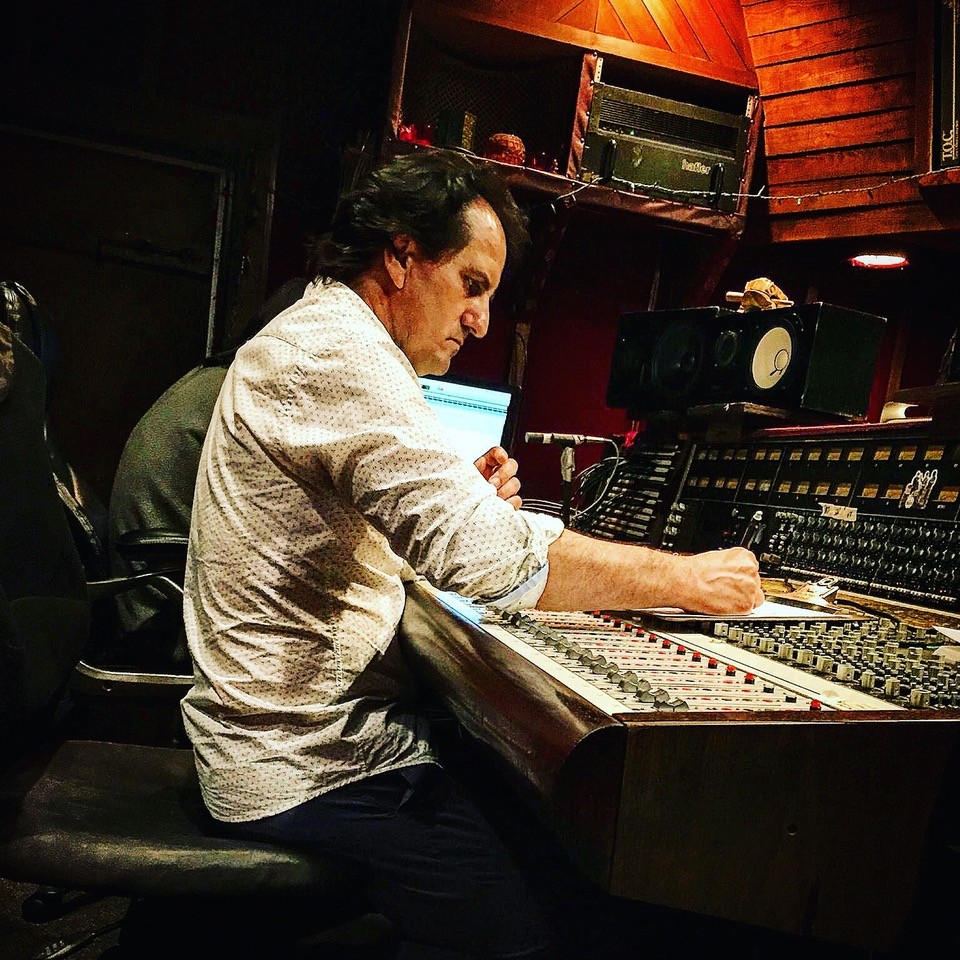 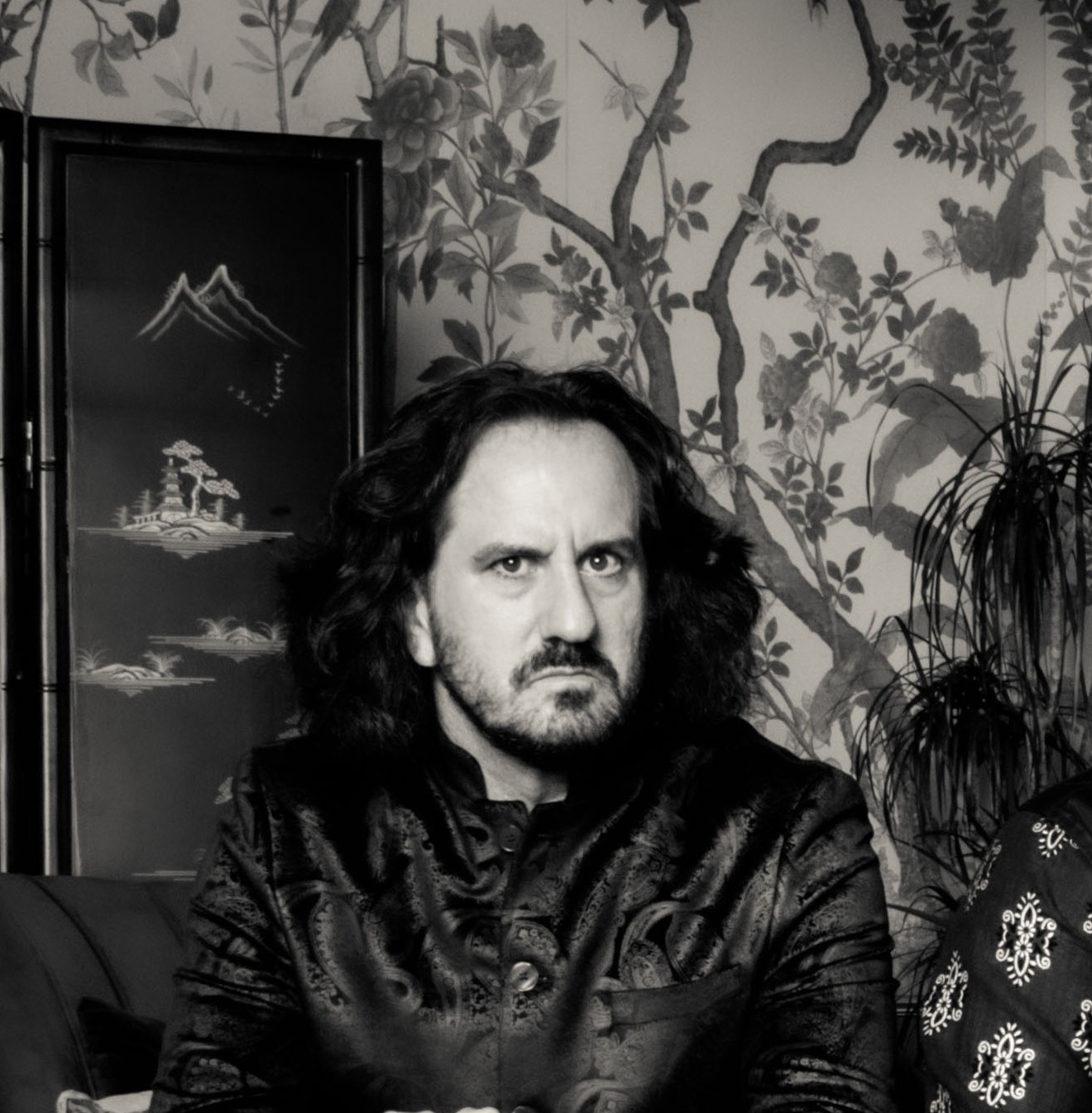 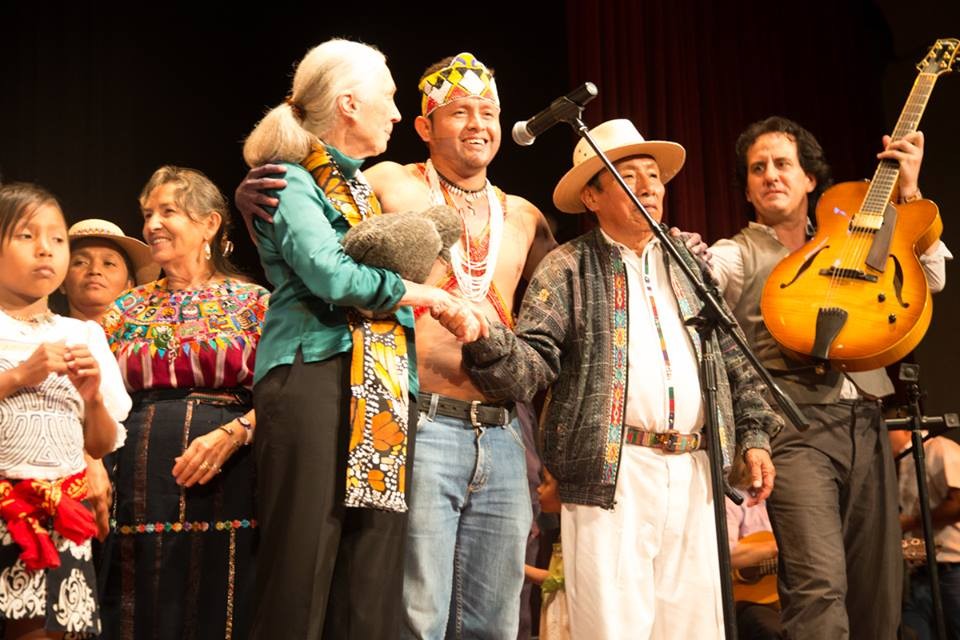 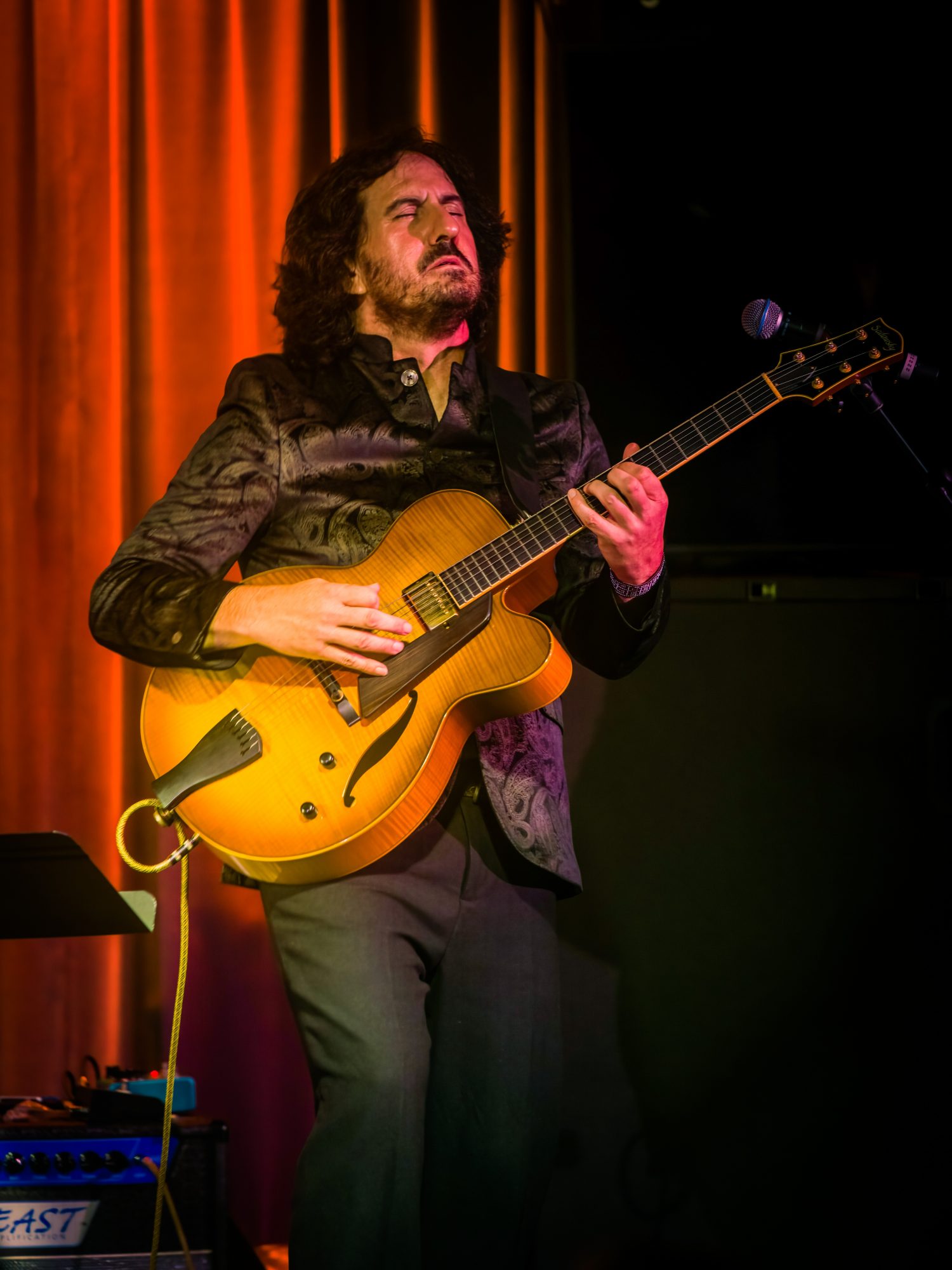 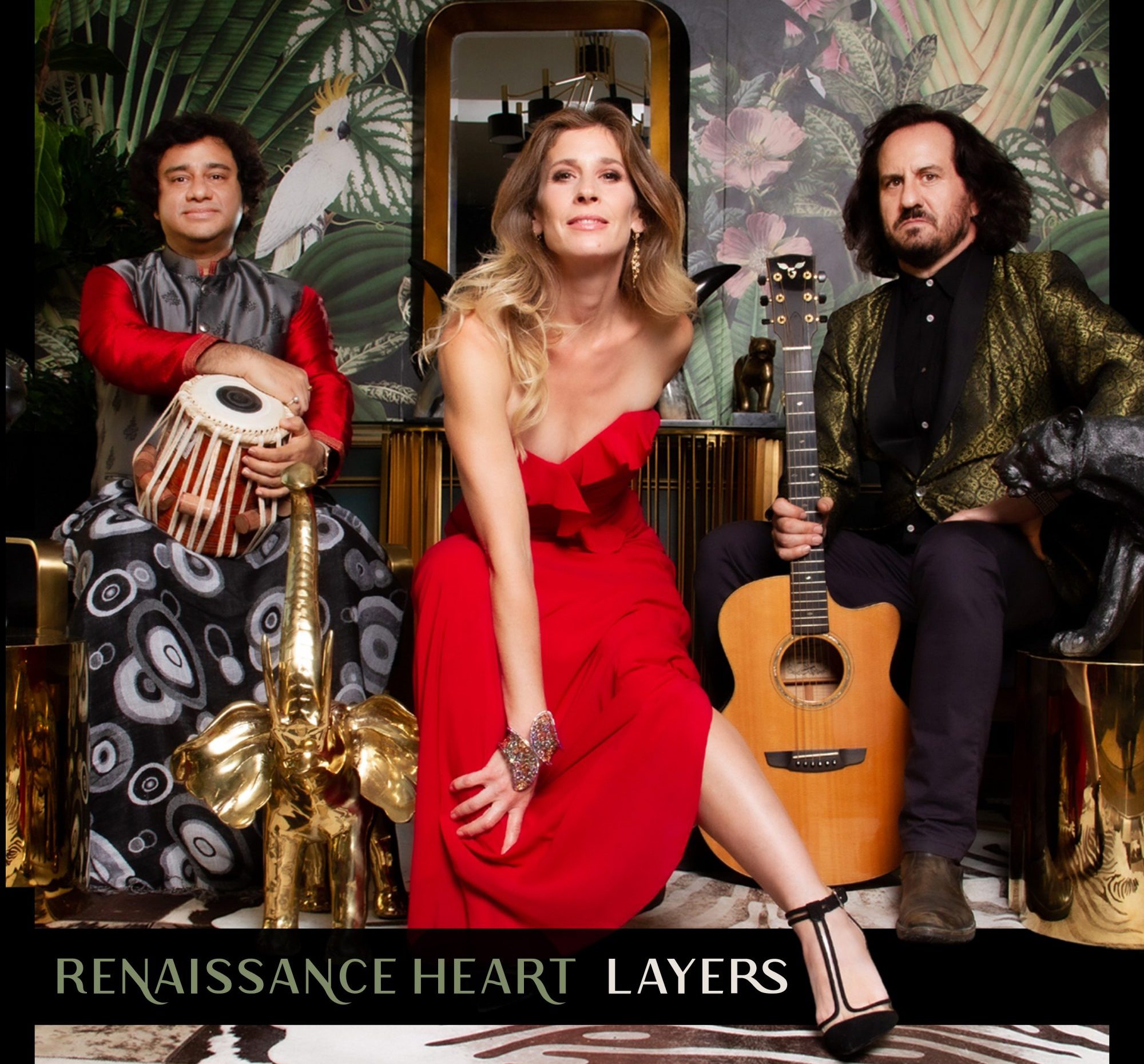 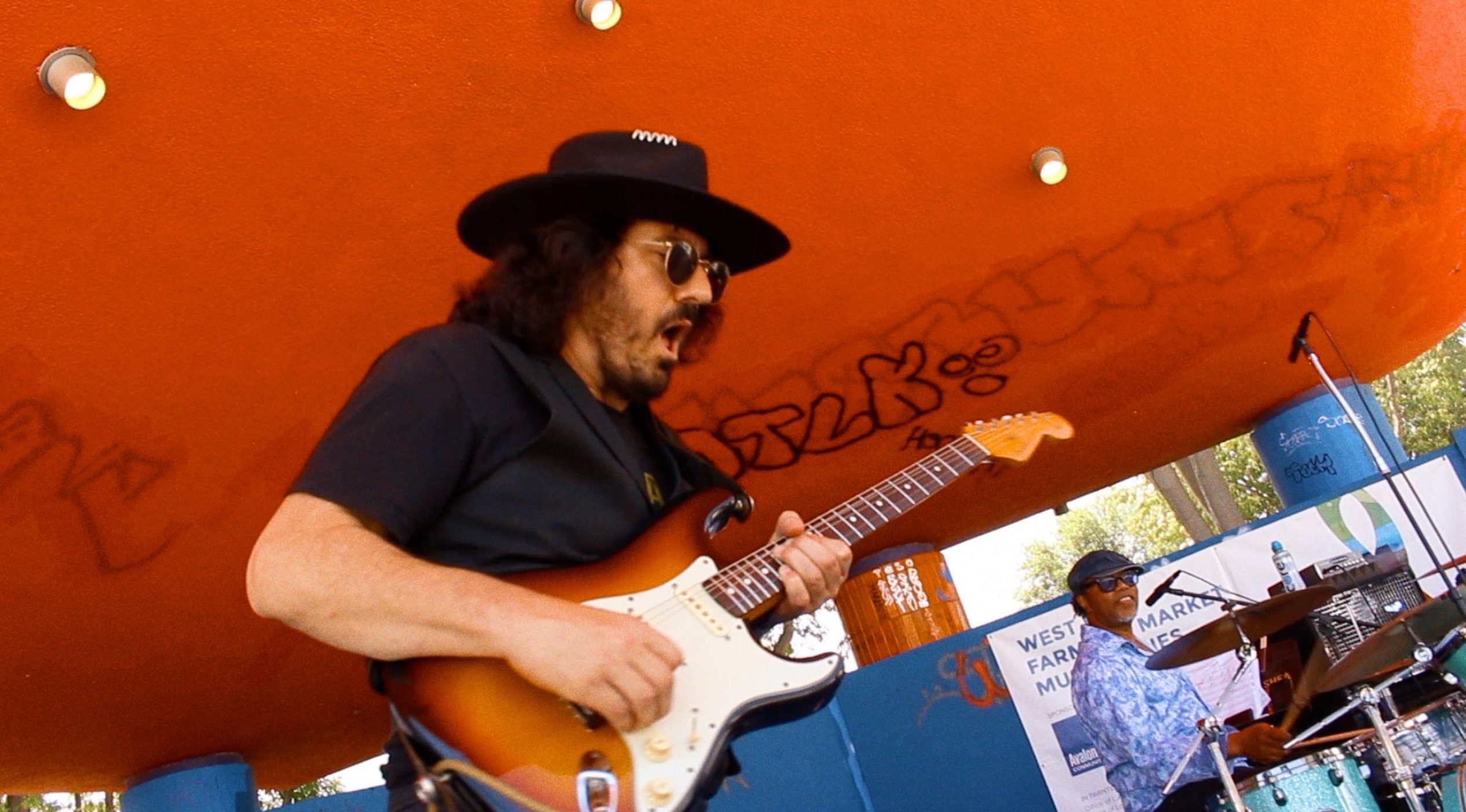