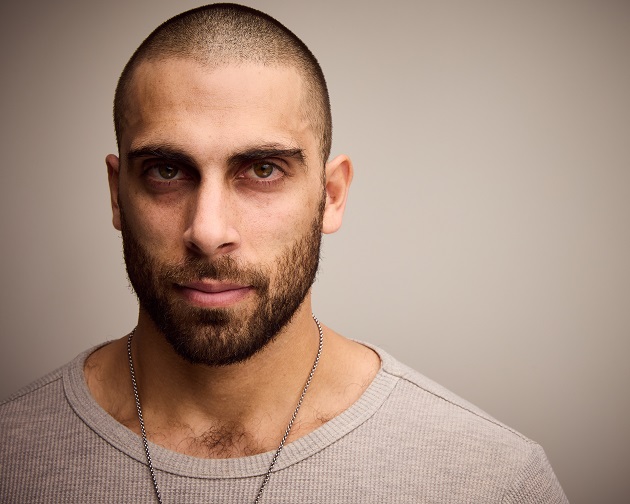 Today we’d like to introduce you to Joshua Rugiano.

Hi Joshua, so excited to have you with us today. What can you tell us about your story?
Well, I was born and raised in a city called Wollongong in the south coast of Australia. My grandparents had immigrated from Italy in 1967. I was around the age of 12 when I figured out I wanted to be an actor. I was in a primary school production of “Joseph and the Amazing Technicolor Dreamcoat.” I was playing a British reporter. I was so enthusiastic about it and told all of my friends how good the play was going to be. Afterwards they didn’t really enjoy it haha but I had so much fun with it, a spark was lit that couldn’t go out.

I kept the passion quiet for a few years, I think because I didn’t really know how to express it or I had a fear of my desires to be an actor being accepted. It wasn’t until I was 17 that my mum encouraged me to audition for the local production of “Grease” that I began to pursue it again. I was extremely lucky and got the role of “Danny Zuko”. I met some incredible and very encouraging people in that production. Some who unfortunately are no longer with us but their life spark in the theatre really touched my soul to continue.

A few years later, I had the opportunity to move to New York with a scholarship to “The New York conservatory for dramatic arts.” I’m incredibly grateful for that school. The friends that I made there are now lifelong friends and have gotten me through some incredibly difficult times in my life. But also, one of the biggest lessons I learnt from studying there was, well I’m an incredibly hard worker, I do a lot of research for each individual role I’m working on, but I had a lot of trouble letting the work go. My teacher Jay Goldenberg really helped go to realize that yes, doing all that work is necessary, but when you have a person sitting or standing across from you, the work is put to the side, and to trust my subconscious and to be present in the given moment. Not only has that helped my process for my artistry, but in life also. We’re all so worried about the future or the past, about work, that we forgot to experience the present. My time in New York was life-changing.

I had the incredible pleasure of working in the theatre in New York as an actor. Off Broadway was an incredible experience. The theatre community is so welcoming and inviting, at least it was for me. We were all in it together to find the truth of the given circumstances and it was all about the work.

After four years of living and working in New York, I traveled to Europe. I was living in Paris for a short period and the south of France for some time also. It was a dream to travel to Paris and live life there. I had the great experience of spending time with Afghan immigrants at an exercise Park down the road from my apartment. They were very warm and welcoming and ran circles around me.

After France, my wife at the time and I both decided it was time to move to LA. We split shortly after the move. It was one of the most difficult experiences of my life, however the lessons from that divorce, about myself, about life, I’m incredibly grateful for. Loneliness was one of my biggest teachers, it taught me about myself and what I need to do to become a better man for not only myself but for people and for my passion of acting.

Through the hard times, I had the incredible luck of finding my current acting coach Catlin Adams. My world was taken to a whole new level, she helped me to be fearless, to take risks even if they scare me, to fight for love, and to allow myself to feel rather than to bury my emotions.

It’s been a very long road from where I started, a road that isn’t able to be fully answered here, but I’ve met some incredible people that have taught me so much about life, about love, about the human experience along the way. Lessons that I carry so close to my heart. My hope is that I can carry all of those lessons, those truths, and instill them into my work, to help people to get through life, knowing that they’re not alone in this world, that we all struggle but the hard times pass. I promise they do. You just have to keep going. Just keep going.

Alright, so let’s dig a little deeper into the story – has it been an easy path overall and if not, what were the challenges you’ve had to overcome?
It has been an incredibly bumpy road! But that’s what life is. Its peaks and valleys. The lessons I learnt through the hard times have allowed me to catapult myself back to the peaks until there’s more life lessons to learn.

Appreciate you sharing that. What else should we know about what you do?
I’m an actor, my passions are both film and theatre. I didn’t think I was going to pursue film when I first started out. But film is such a special medium that is so important for reaching the world on a grand scale. It’s a way to reach people in the furthest parts, to tell stories that can’t necessarily be seen in a stage production. The way film captures the truth of a character or the way it’s able to show the current state of the world is grand.

I think I’m most proud of myself for keeping on going when times got really tough. It’s where I learnt the most about myself.

I think where I differ from others is, I’m not afraid to show the deepest and darkest parts of myself on camera. To bare my flaws, my mistakes, and also my strengths for the world. I mean it’s our duty as actors to give it everything, it’s our duty to hold ourselves accountable, to raise ourselves up to our character and to the story, not to bring it down. Life is so large, and I want to grow with it and if I can, helps others to grow and become bigger and better versions of themselves also.

Do you have any advice for those looking to network or find a mentor?
Well funnily enough, I met a lot of people high up in the film industry on Facebook. I sent a lot of professionals friend requests and took them out for tea or coffee and asked them questions and advice on how to navigate Hollywood when I was just starting out. And I’m still just starting out. But my mind was definitely set at ease when time after time the advice given to me was patience. Send someone a message, and be patient. People are really busy here, which is great, and we all will get there one day. But patience is definitely key. At least it has been for me. 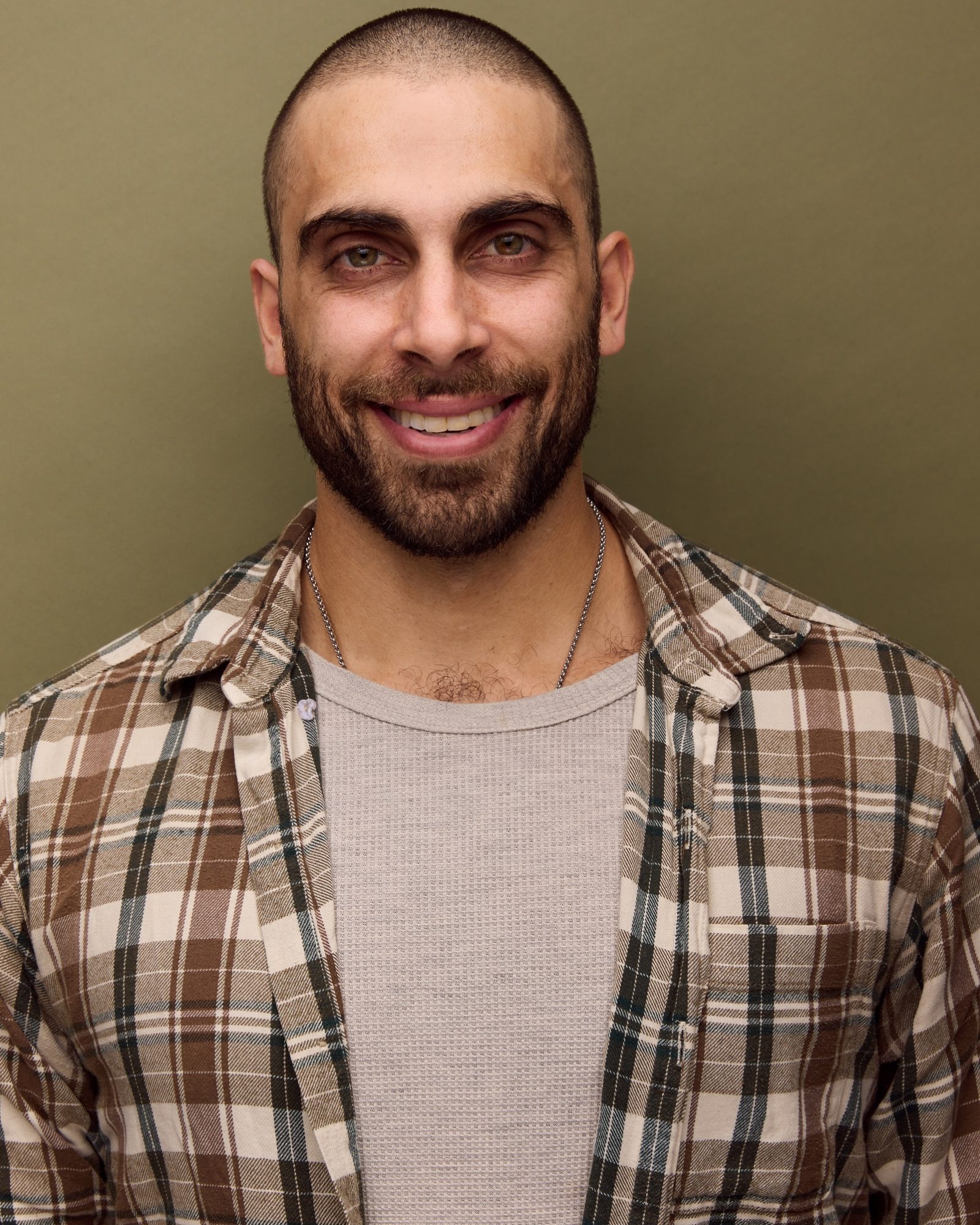 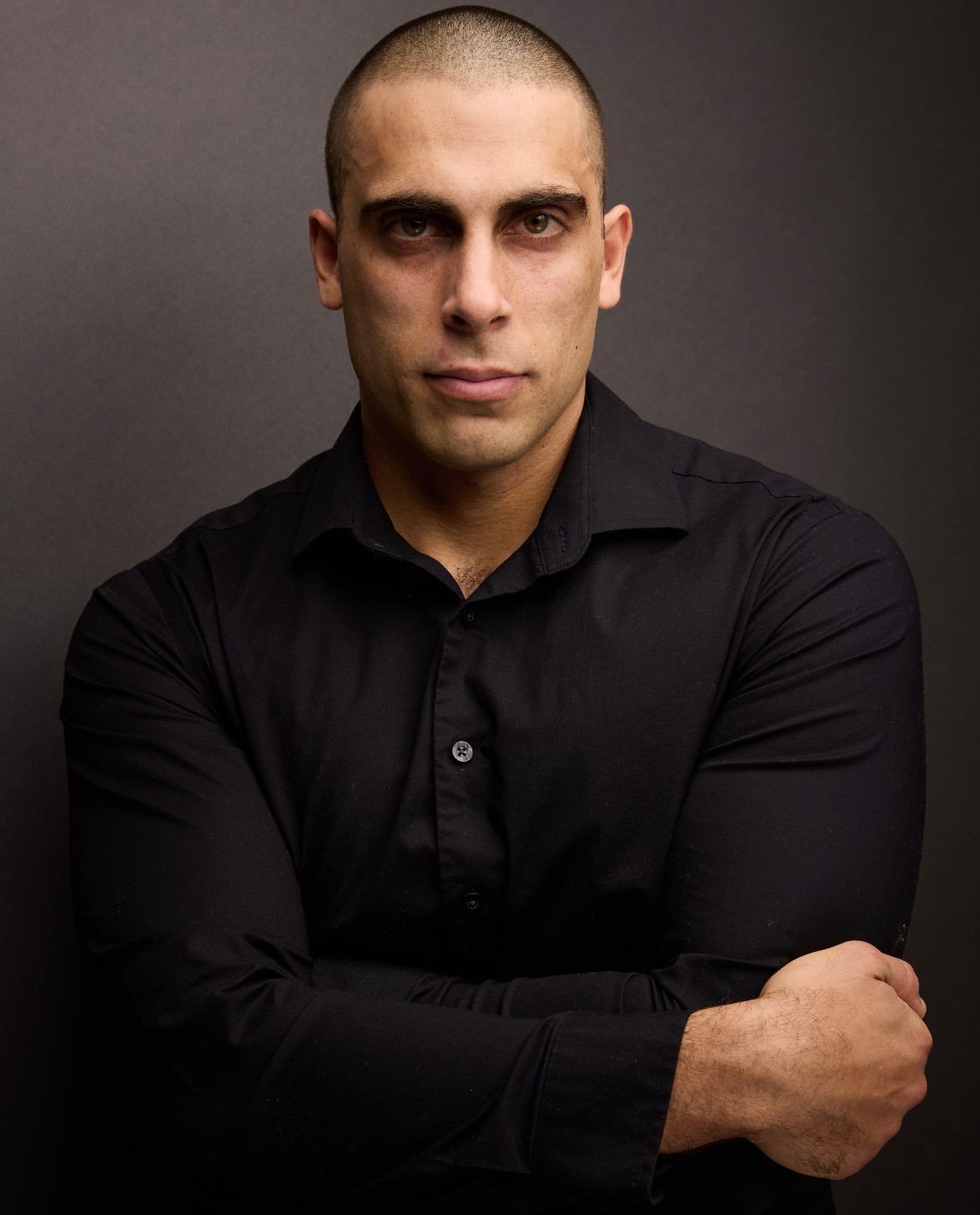 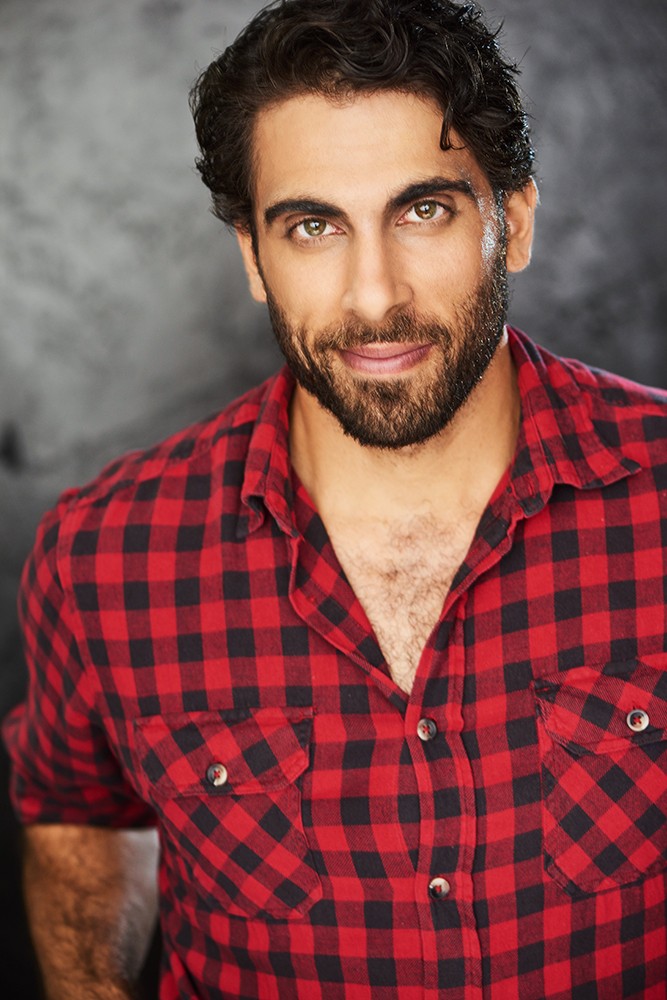 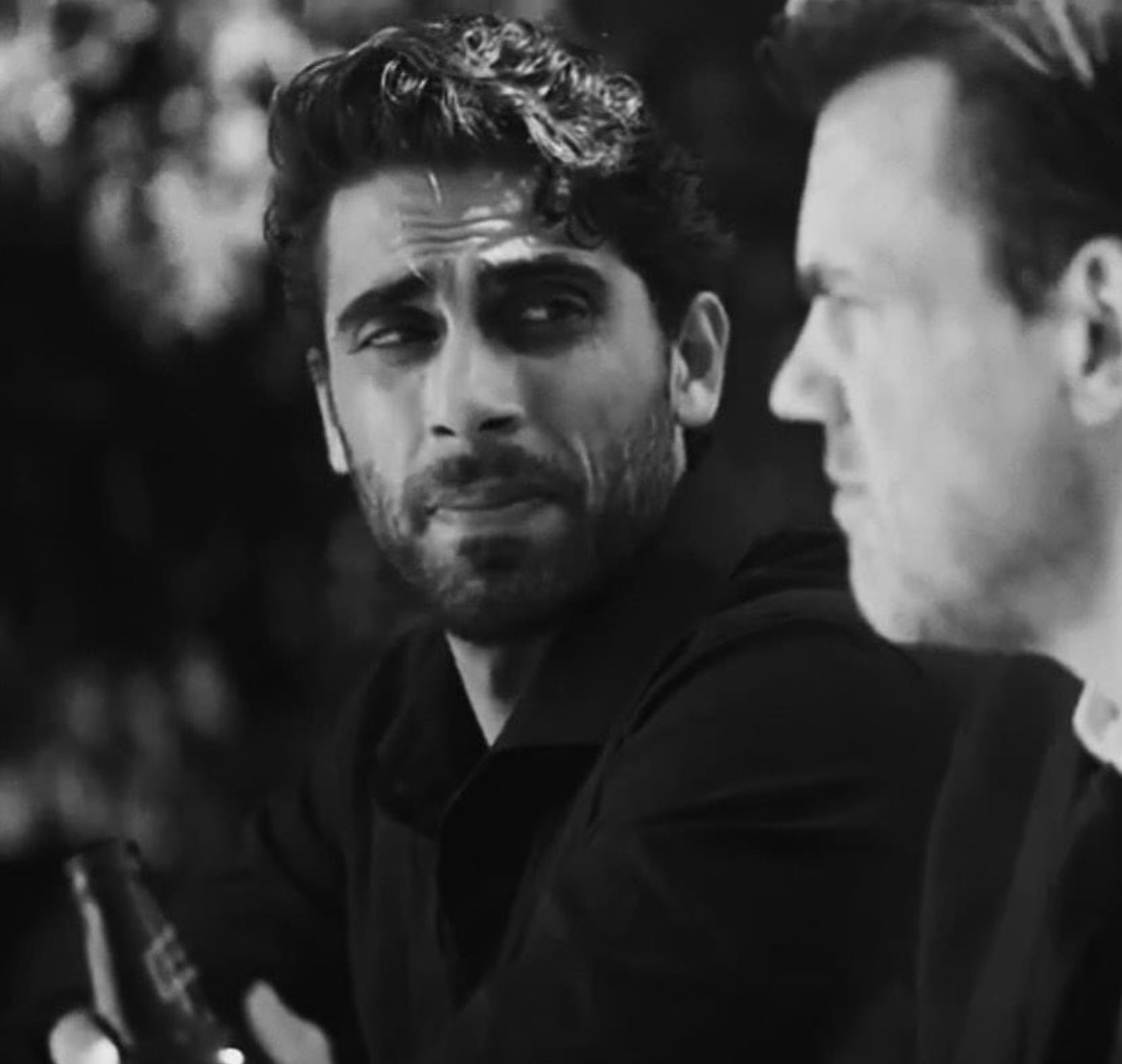 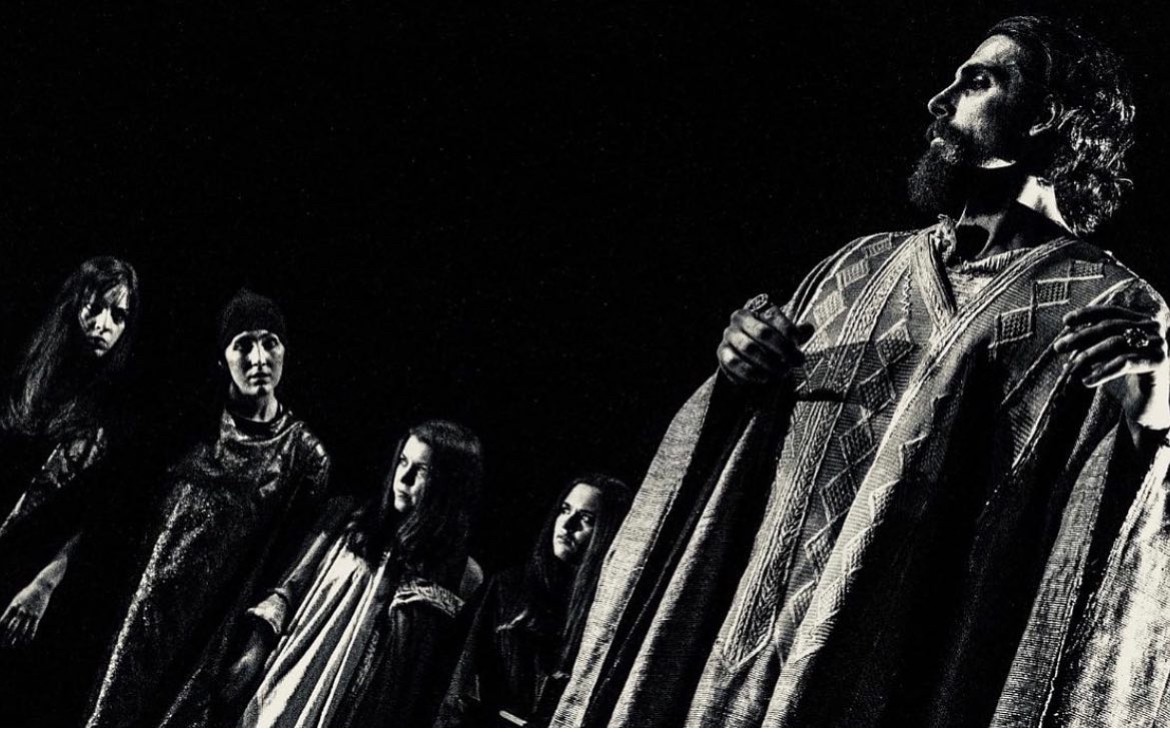