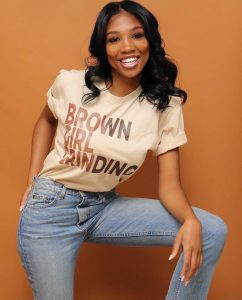 Today we’d like to introduce you to Loren Lorosa.

Hi Loren, thanks for sharing your story with us. To start, maybe you can tell our readers some of your backstory.
I’m from Wilmington, Delaware a super small city with a big story. We have so many creatives and so much potential there but it literally has been a dead end for so many people I know. My mom, not sure if this was intentionally or because she really had just “seen more” in her lifetime, made sure me and my brother always knew… there was more than what we saw outside of our front door. She’d take us to any close city on the weekends or any breaks from school so that we knew this… there was a world outside of the inner city we were growing up in. Not only did this feed my want for adventure but it really made me so curious to where I fit in the bright lights of NYC and other places we’d visit and when I found myself falling in love with these like performance acting hosting and creating… fashion and production I felt like I knew it was my time to find my light within one of these places! From there, I began working on finding that place and doing what came natural to me and a lot of what didn’t. My mother had lived in NYC for many years designing clothing… so fashion has always been something I loved whether in front of the camera as a model or in fashion event production and now as a fashion designer figuring out my voice as a designer. I went to Delaware State University and there, I think I really got my love for hosting within large crowds through homecomings and any event around campus I could get my hands on. The college experience, especially a black college is like no other. I learned so much about myself as a woman and as a brown girl on her grind.

During this time, I got my very first production job as a pa for project runway all stars the 2nd season and that changed my life. I saw through this, during my second year of college, that an industry which many people told me for years was almost impossible to get a foot in was literally located hours away. I continued to intern throughout college working within Cosmo Magazine, Barclaycard US and then graduated and eventually found my way to NYC working under the casting great Vinnie Potestivo. As I was learning all of the bts things needed in production, fashion and business I then found the courage to leave NYC to LA where I told myself working in front of the camera had to be my main focus. A few ups and downs and overdrafts later lol, I’m still in LA 5 years later… and finding my way as a storyteller in the fashion, entertainment and digital space. My story literally began with me just crashing on a friend’s couch and ending up on national television because I was determined to live a life I love.

Alright, so let’s dig a little deeper into the story – has it been an easy path overall and if not, what were the challenges you’ve had to overcome?
Nothing is a smooth road ever. One of the biggest obstacles when I first moved to LA was an obstacle that im sure most people who move to la to pursue anything face… MONEY! I actually moved to LA twice because of this. The first time I moved to LA was in 2014 months after graduating college with some savings and graduation money. The money I had lasted me about six months and I found myself back in Delaware but I wasn’t discouraged, even though I felt like a failure, I knew I was going to do what was needed, get more work experience, save some more money and go right back to LA. The second time I went… I had a better amount of money saved and more work experience under my belt outside of internships. You would think the above setup would make for a perfect second move right? WRONG! Nothing ever goes as planned… within five months, I had quit the job I moved back for after being verbally mistreated on the job and found myself literally with some money and a friend who was willing to let me sleep on her couch until I figured it out. The day I left that job, when the road got super rocky I decided I was going to use that as motivation. I was a college grad with good corporate marketing experience by this time… so I had options, I decided if I was going to not pursue those and really focus on my on camera and fashion dreams, I was going to tough it out no matter how hard it got.

Thanks – so what else should our readers know about your work and what you’re currently focused on?
I am currently a reporter and producer with TMZ. So for the platform, I daily report on national tv about breaking celebrity news. The bulk of my day is spent producing this news, which means utilizing relationships I have, building news ones and just being aware about what is happening in the world to create news focusing heavily on exclusives. I am also a model and a fashion designer. I began with Swimsuits (SoLoRosa Swimwear) after I moved to LA and found myself with no job or money and needed a way to employ myself. This has grown into a full-blown fashion line where we release custom designs based around the life journey and needed inspiration of me and my team.

One of our Best Sellers right now is our Brown Girl Grinding Tee shirt. The saying on this shirt stems from my move to LA and my decision to be relentless in my pursuit of my goals, even though Hollywood hasn’t always been the most accepting of Brown Skin Women in front of the camera. I decided my career would flip that notion on its head for myself and others! Overall I title myself as a storyteller using Digital, Entertainment and Fashion to do so. From my YouTube channel Loren LoRosa Tv… that has been documenting my journey from my friend’s couch to national tv since day 1 to my job with TMZ, I just like to cause conversation and inspire others to dream!

Any big plans?
Overall, I want to have my own production studio. Like what Tyler Perry has done but on a whole new level incorporating fashion and fashion production as well as tv and digital content production. I’m really an entrepreneur — I want to continue to build and invest in things I’m interested in. I just want to continue building an audience and help tell stories from those in the audience who aren’t on camera but need and want them told. My future plan is to keep Brown Girl Grinding but make it worldwide and Forbes listed 🙂 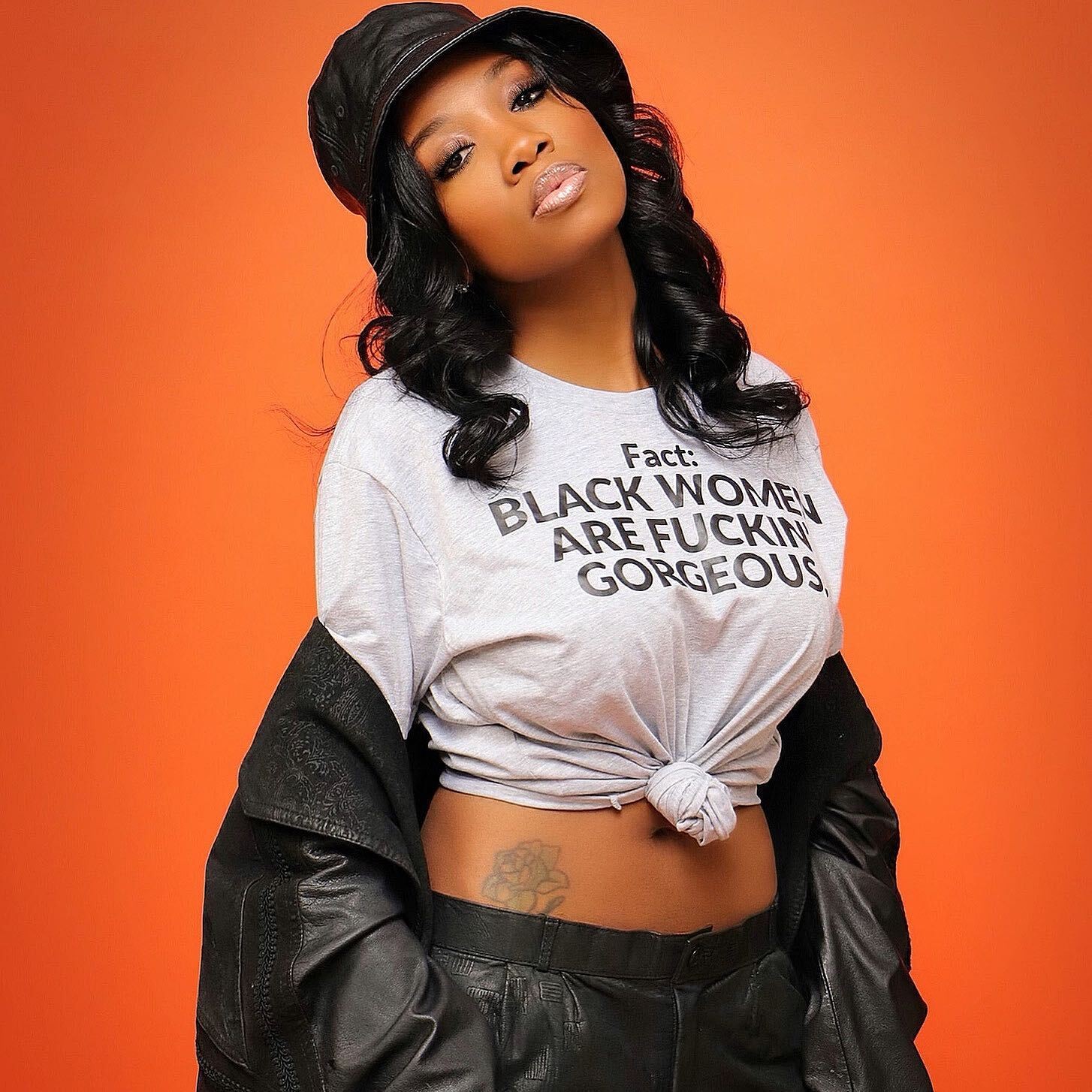 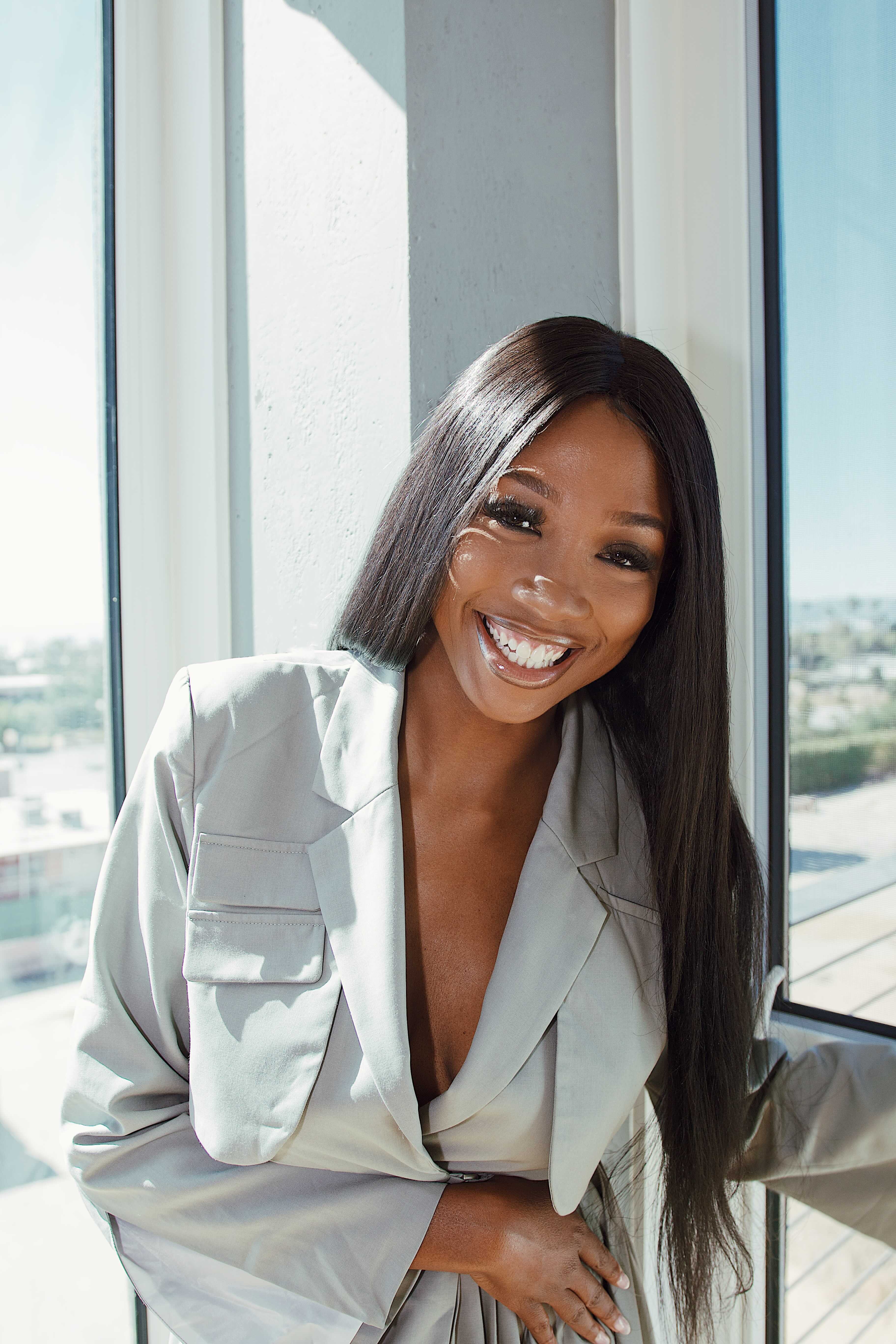 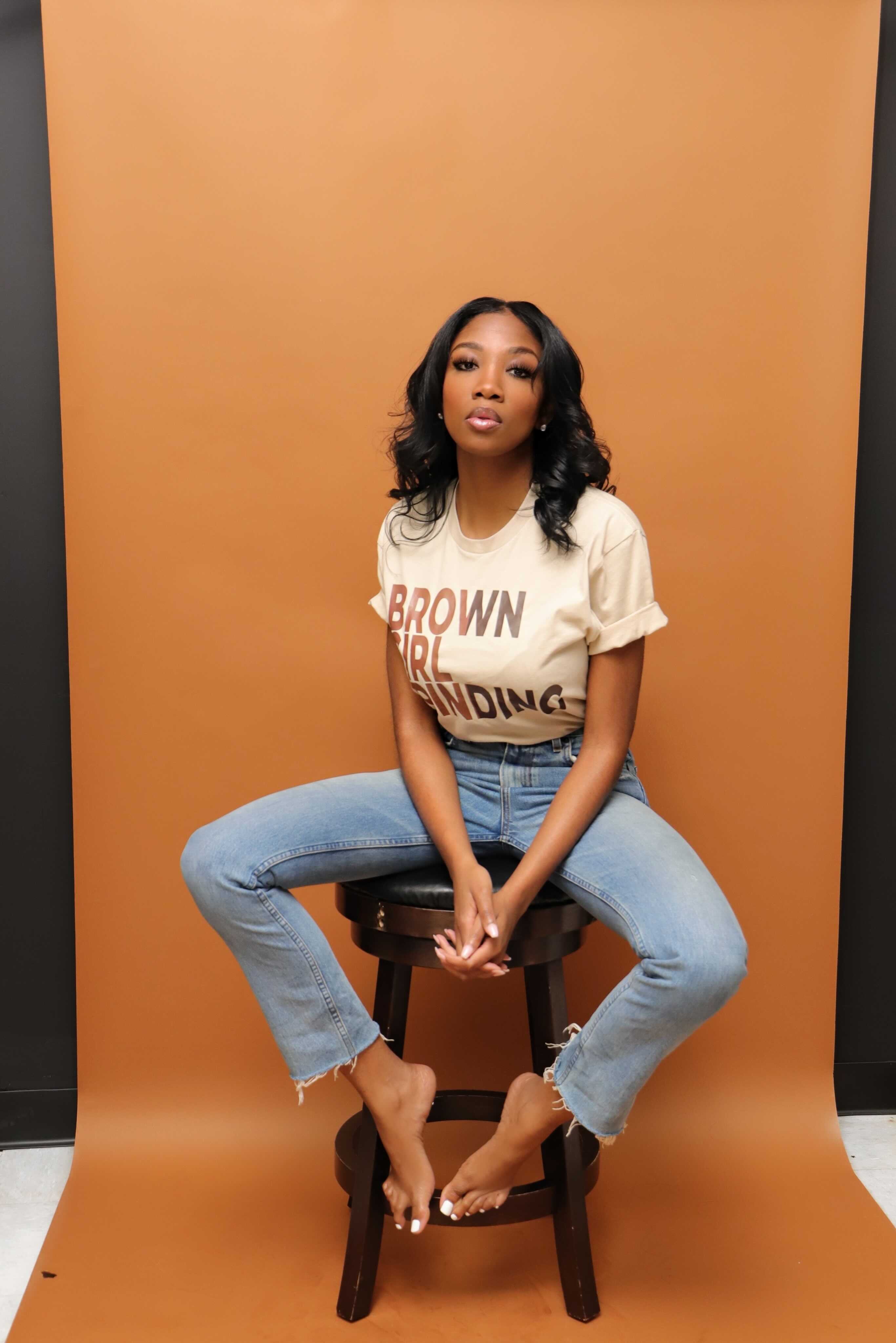 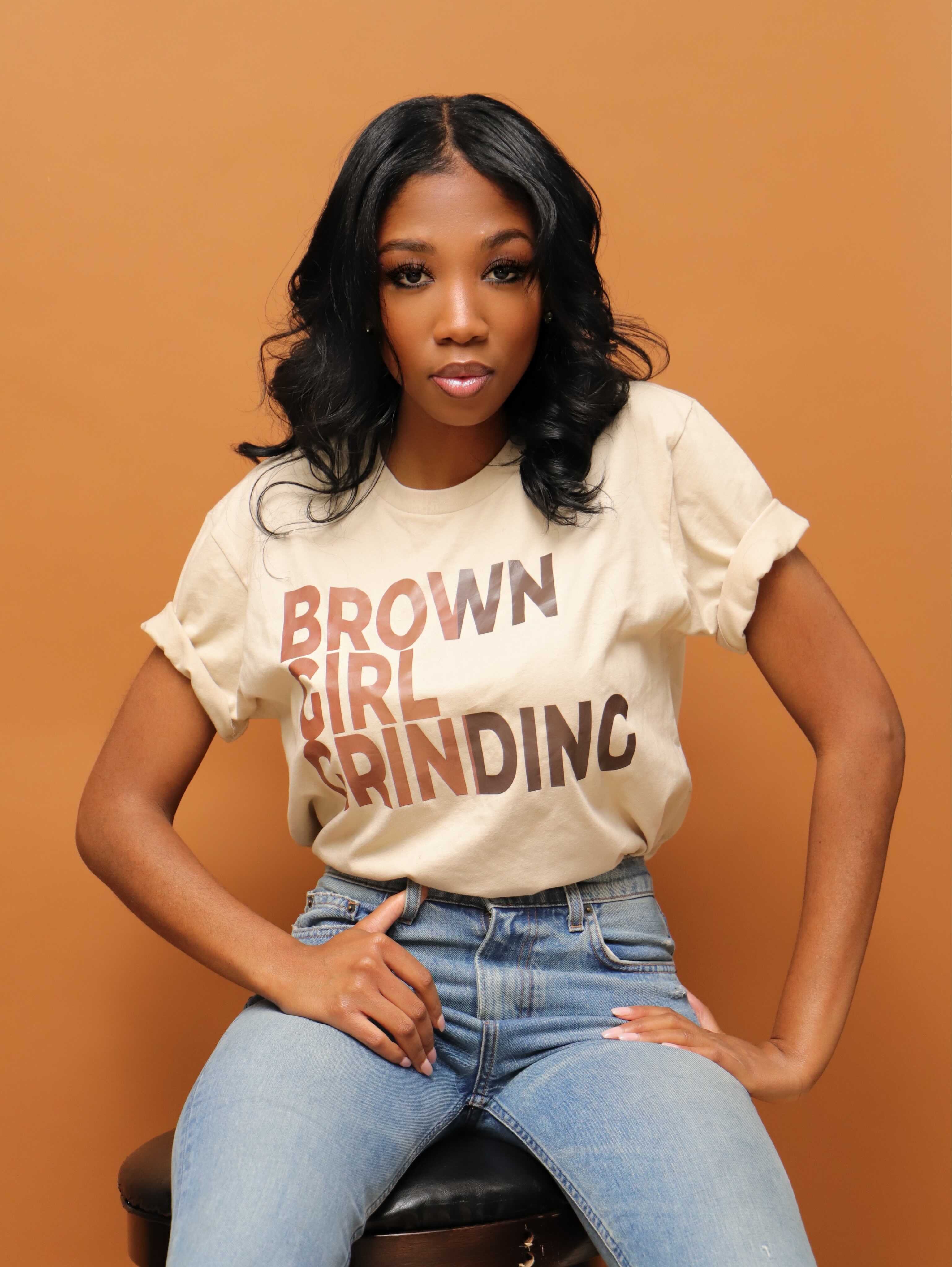 Image Credits
Photos with the orange background credit: @eyeofkie_ other photo in the green: @najwitthecam