Conversations with the Inspiring Gina Ippolito 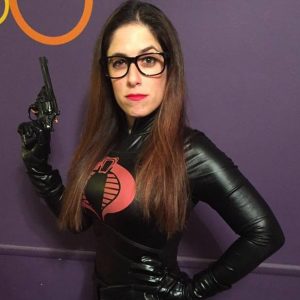 Today we’d like to introduce you to Gina Ippolito.

Gina, let’s start with your story. We’d love to hear how you got started and how the journey has been so far.
I grew up in Boonton Township, New Jersey, which is as awesome and tiny as it sounds. I loved acting and writing from an early age, and acted in tons of plays, and was also the editor of my high school newspaper, I went to Rutgers University for two years, double majoring in Theater and Communications, before transferring to Penn State and graduating with a major in Media Studies in Television and Film and a minor in Theater.

Right after college, I packed up a U-Haul and moved to Los Angeles with no car, no job, no place to live, no cell phone, and knowing no one out here. I had three days to return that U-Haul, so I somehow made it all work. I did a bunch of odd jobs, temped, interned, took acting classes, auditioned, and did some other generally LA-y things until finally, I took an improv class at UCB. I felt like I’d found what I wanted to do finally, even if I didn’t quite know how I would parlay that into a job. I went through the improv and then the sketch program there, and got on a house sketch team as a writer in 2010. That led to a few writing gigs here and there, working for internet stuff like Screenjunkies, NewMediaRockstars, Yahoo, IMDb, AwesomenessTV, and a slew of others. My good friend, Haley Mancini, passed along my writing packet to the folks at Cartoon Network, and I got to write an episode of The Powerpuff Girls before eventually being staffed on Regular Show.

After that, I partnered up with my fellow UCB sketch team writer, Skander Halim, and we wrote a bunch of stuff together, which eventually got us hired to write on Disney’s Bunk’d, and then the revival of Murphy Brown.

We’re always bombarded by how great it is to pursue your passion, etc. – but we’ve spoken with enough people to know that it’s not always easy. Overall, would you say things have been easy for you?
Whoo, man, it has most definitely NOT been a smooth road. Once I got my first, very small writing gig, which lasted for three days and paid $125 a day, I thought it would lead to other things immediately, but it was over a year before I got my next one which was, again, very short lived. I think there are misconceptions out there that success always runs uphill, but you might be a staff writer on a show one day and unemployed the next. There’s never really any “making it” that happens. There’s always just the hustle. I’ve done every side job under the sun just to afford to stay in LA.

There have been MANY times where I’ve been the only woman in a writer’s room, and it’s important to try not to get intimidated by strong personalities. If you have something to say, say it. Don’t worry about how it makes you seem. Women are taught from an early age to be polite and deferential, so it’s something we have to sort of unlearn because if you want to run your own show someday, it’s important to have a strong point of view and to be vocal about it.

It’s also really important to surround yourself with positive, like-minded friends who aren’t constantly competing with you. Also, get yourself into a community. For me, it was comedy. After UCB, I also went to iO, and then The Improv Space, and now I coach and teach at The Pack Theater, which is an awesome place with a ton of talented and supportive folks looking to create awesome stuff. The inherent difficulties of this industry and of LA are made much easier when you share them with others.

Please tell us more about your work, what you are currently focused on and most proud of.
I try to do a little bit of everything, but so far, what I’ve been most successful at is comedy writing. I’ve written for a handful of TV shows, and it’s honestly the most fun someone can ever have at a job. Much of your time is spent sitting in a room with other funny people and doing bits all day. Some days I still can’t believe I get paid for this.

I also act, and was recently in a comedy film titled, “Cop Chronicles: Loose Cannons: The Legend of the Haj-Mirage.” It was written by a group of friends in the comedy community, and I got to improvise my parts a lot, so that was a lot of fun. The film is available to stream right now on Amazon for free.

In addition to that, I just had a graphic novel come out, titled B.A.B.E. Squad that I co-wrote with my friend, Haley Mancini when we were both working at Cartoon Network. It started out as a TV show pitch, that we billed as “Teenage Mutant Ninja Turtles meets Sex and the City,” and adapting it to graphic novel format has been interesting and challenging. The artwork was done by Melissa Ballesteros Parasda and I’m insanely happy with how it all turned out.

Like a lot of other comedians, I also co-host a podcast, titled “Knowing is Half the Podcast” with fellow comedians Robert Clarke-Chan and Ray Stakenas. We talk about old GI Joe cartoons and other weird or terrible or awesome cartoons of the 80s and 90s. Honestly, recording that podcast is some of the most fun I have in my week.

I guess what sets me apart is that I still do a ton of live comedy, and am still heavily involved in the comedy community itself. I direct a once monthly show at UCB called Sketch Cram, which has a rotating roster of writers and actors create and put up a show in just one day. I also still coach and see shows at The Improv Space, in Westwood, which is a great little theater close to a few colleges. And I coach sketch teams and teach sketch level 1 at The Pack Theater, which I think will soon be the hot theater everyone around town is talking about. I also still perform with my long-running, all female improv team, Slave Leia, at a bunch of different theaters around town.

A lot of people see that kind of live comedy stuff as a stepping stone to “making it,” but no matter how busy I get, I love to stay involved and to help shape theaters and newer comedy minds. A few years ago, the comedy community was having a lot of issues with sexual harassment and gender inequality, so I started counseling and generally helping out women in the comedy scene with things like filing restraining orders, going to the police, filing complaints at individual theaters, and things like that. Most theaters now have sexual harassment policies in place, and things have gotten better, although we will obviously always have a long way to go. I also created a diversity committee and diversity scholarship at The Improv Space in the hopes of helping to diversity comedy, in general, which is still largely white and largely male. I created and moderate a few facebook groups designed to help comedians get jobs, and have places to vent about things because I know how hard it can be to live and thrive in a place like LA.

For good reason, society often focuses more on the problems rather than the opportunities that exist, because the problems need to be solved. However, we’d probably also benefit from looking for and recognizing the opportunities that women are better positioned to capitalize on. Have you discovered such opportunities?
Women are uniquely and amazingly well positioned for all the entertainment jobs we’ve been denied for years. Women are directing and writing some of the best movies out there today and showrunning some of the best shows. I also know more and more women getting into editing. Many of the women I know are very organized, very Type A perfectionists who want their work to be great. In writer’s rooms, we’re attuned to storylines and plot lines that are problematic or need tweaking, because, and I’m generalizing here, but I think we’ve dealt with and thought about problematic stuff much more often and much more deeply than men have. That goes double for WOC and LGBTQ+ folks. Audiences want to see more diversity in media, and I think women are at the forefront of making that happen and diversifying projects. The women that I know that are succeeding are turning around and offering a helping hand to those coming up behind them, and paying it forward in many, many ways. There used to be a narrative being pushed that women had to compete with one another, because there was limited room at the table, but more and more people are waking up to the fact that that was a lie designed to keep us stagnant. I’m very excited about all the women directing and showrunning and creating right now. 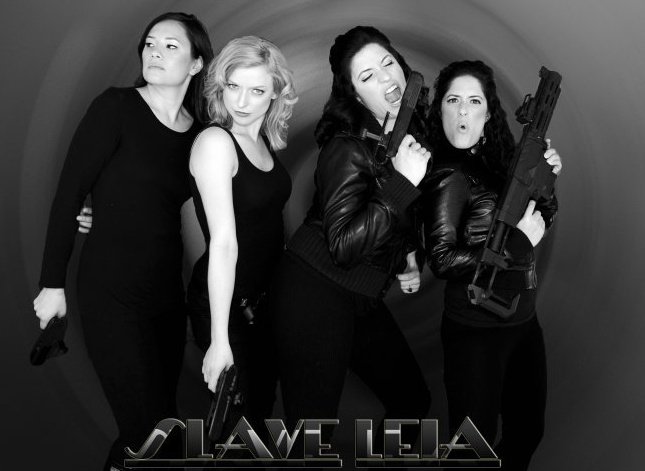 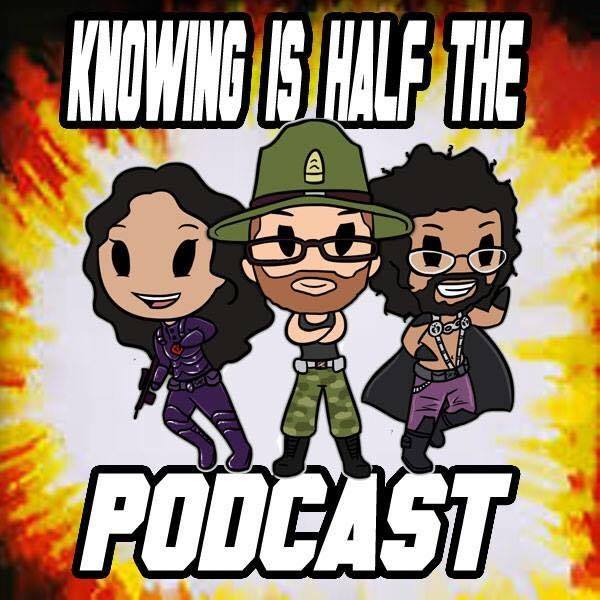 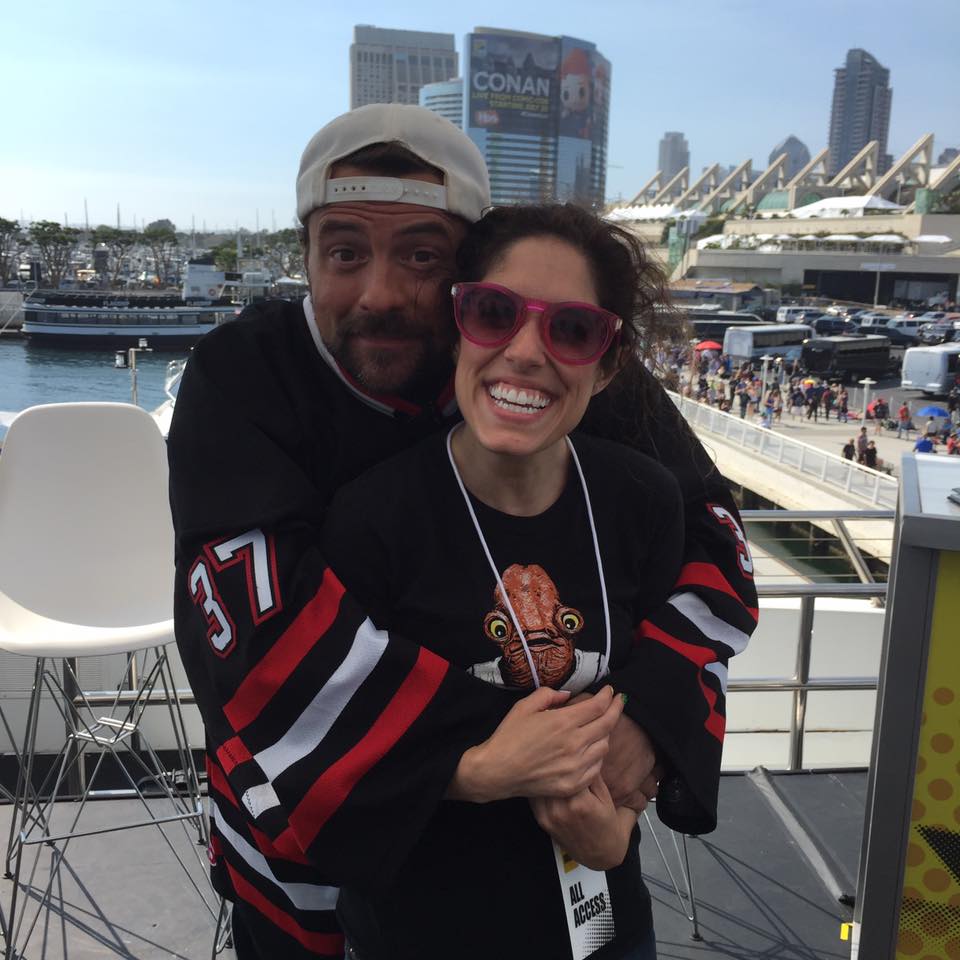 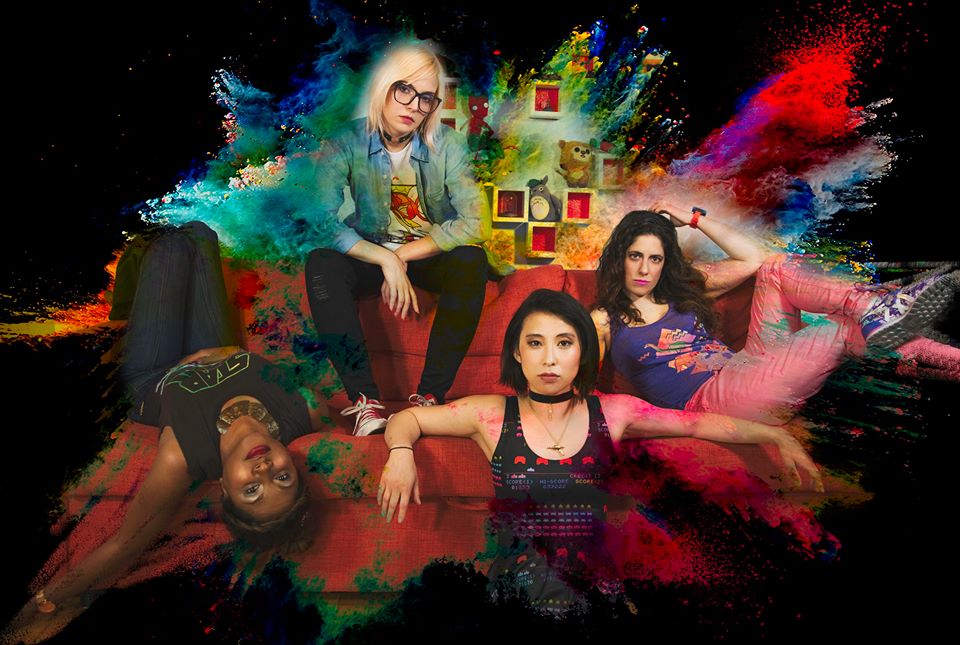 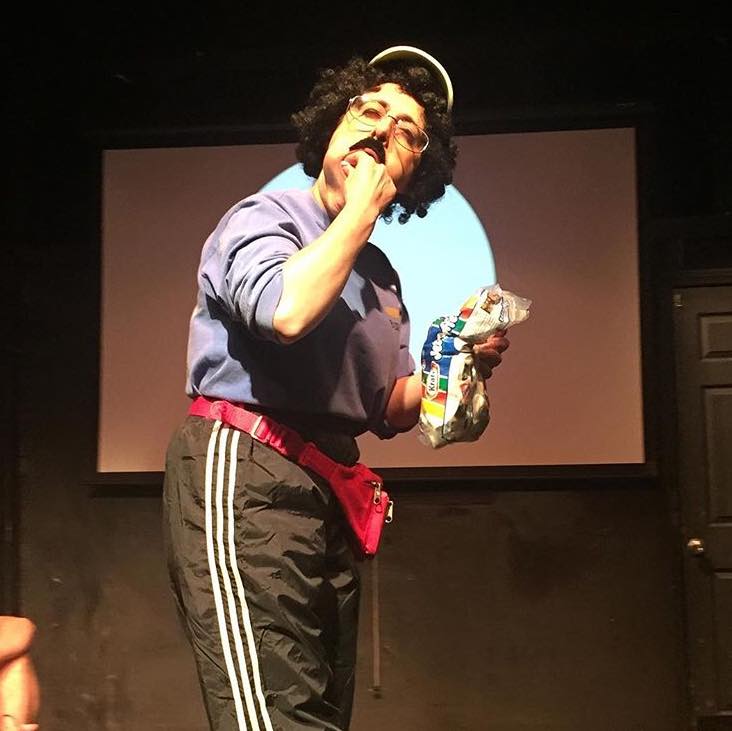 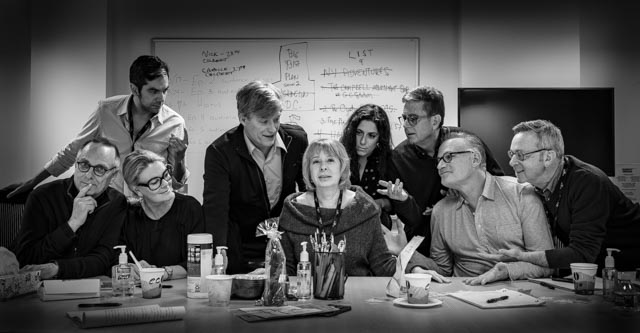 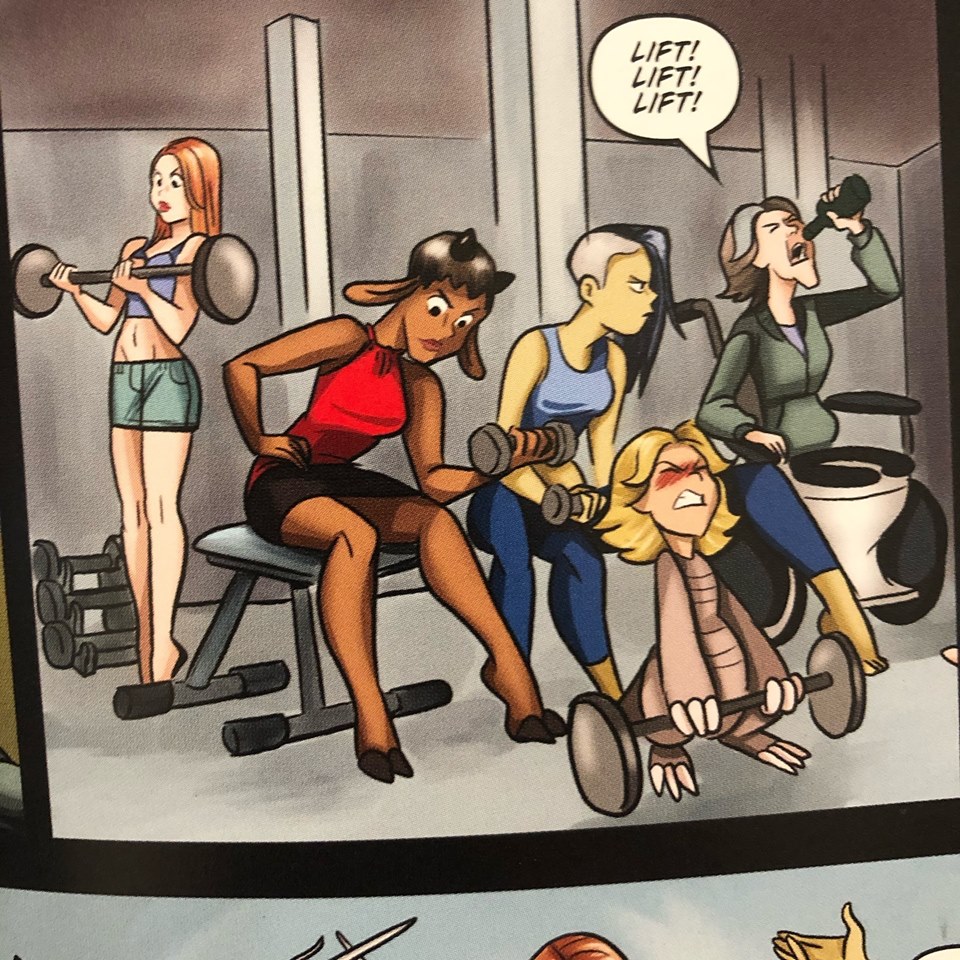 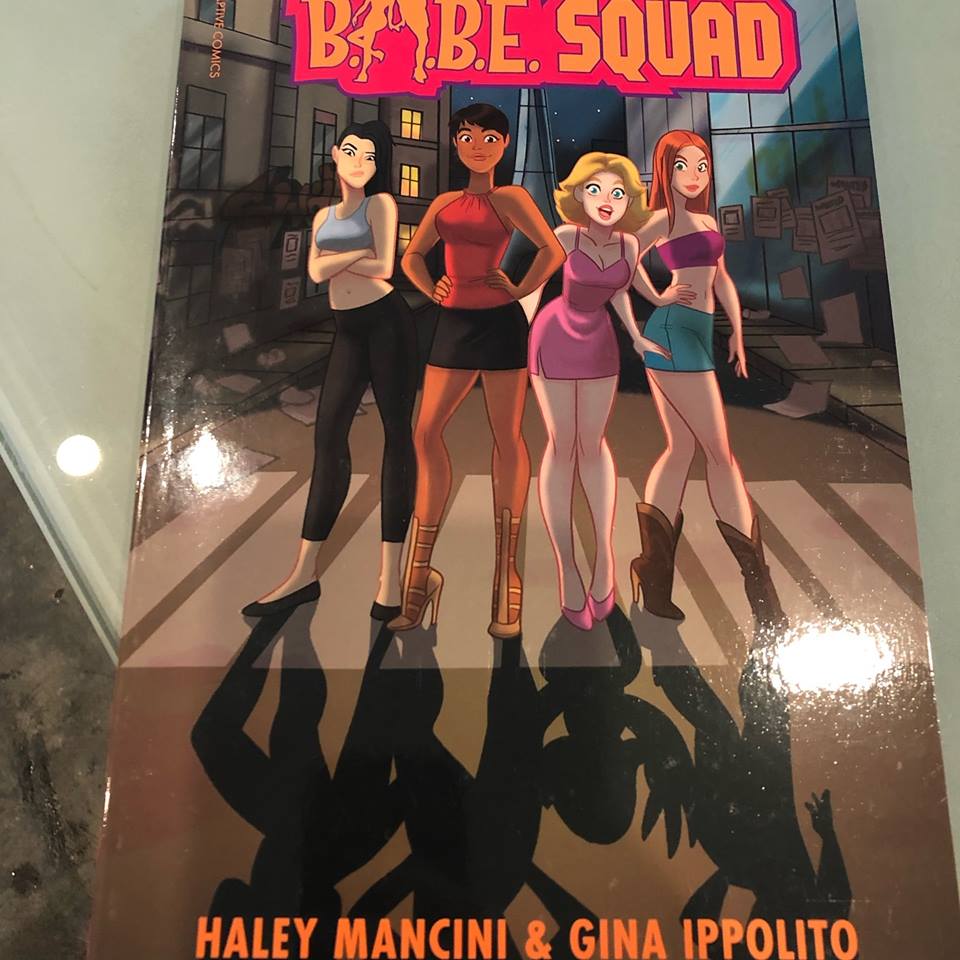