Conversations with the Inspiring Emily Browning 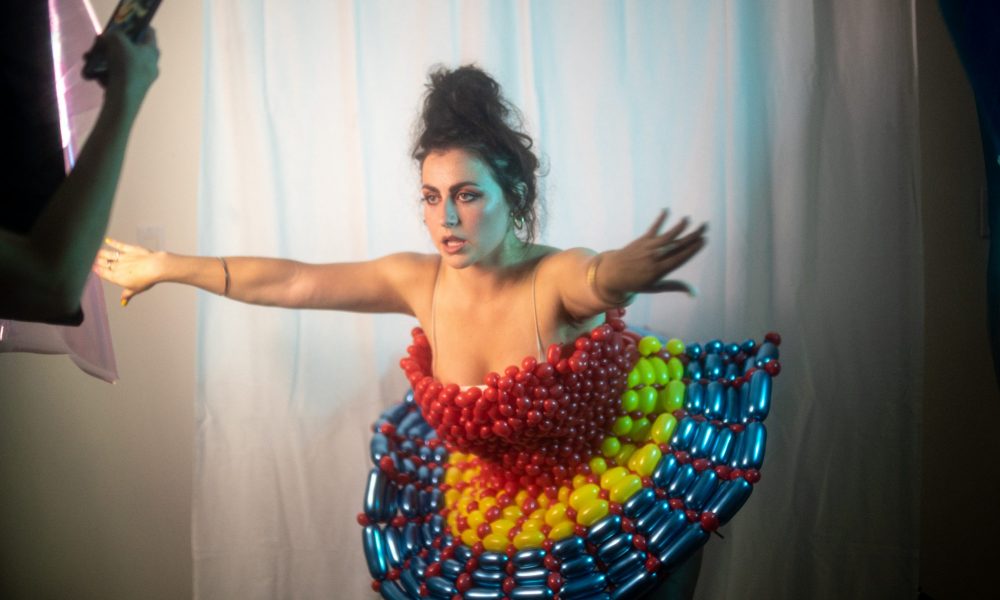 Today we’d like to introduce you to Emily Browning.

So, before we jump into specific questions about what to do, why don’t you give us some details about you and your story.
Should I start with the time I accidentally got engaged at 18 after being baptized or the time I dropped my psych major and switched to screenwriting because the boys were cuter? I don’t know. Even though I am a comedian, I am a pretty serious person. When you guys at Voyage LA reached out to me I spent three hours alone making a balloon dress and got my buddy Jeffrey Prosser to do a photoshoot that same day before the dress popped; all so I could show my “honest self” on the site. Honesty is really what drew me to stand up comedy in the first place. I am a former pastor’s daughter and grew up watching public speakers regularly. If you think about church it’s just a show and the sermon is like a regular spot at The Comedy Store. I always liked the idea of being a pastor but I was a woman and at the time, in my specific denomination of Christianity, that wasn’t allowed. As much as I loved following the rules I equally loved finding the loopholes. I thought, “Oh! I could become a college professor, maybe a worship leader or become the wife of a pastor and then guest speak at women’s retreats!”

As I grew up, I never really knew what I wanted to do with my future. I literally thought Jesus was coming back so why make plans on earth if I’m literally going to ascend any moment? And I am not hating on Christianity as a whole. There’s over 30,000 denominations so odds are some of them will be great and some of them will get carried away. In high school, I got tired of trying to get God to like me so I turned to earning the approval of people and that took on many different shapes. I did theatre, drank bud lights in the back of Chevy trucks, wrote poetry while almost failing marine bio. Then I got tired of drinking and making out with guys with girlfriends (it was only three times!) so I joined a church group that met up every day and was apart of ministries that played bingo at elderly homes and ordered appetizers at Hooters to invite the “lost” waitresses to women’s group. I was 18 years old leading bible studies, mentoring women, engaged to the pastor’s right-hand man and making speeches regularly at church. People were finally seeing me and I was frikn’ great at telling them they were going to hell. All my dreams were coming true. It’s funny when the universe says, “Just kidding.” Now, I’m spiritual, I work in network television, I do stand up comedy at night and co-create a comedic, sex and love education podcast called ‘Making Love and Growing Up.” Sometimes I still feel like that dogmatic 18-year-old but the only difference now is I have less shame and know the difference between oil and water-based lube.

Overall, has it been relatively smooth? If not, what were some of the struggles along the way?
Has stand up comedy been smooth? Dear God, no. What are some of the struggles? Odds are if you hate what you’re doing it is probably because you’re not being challenged. Sure, it’s easy to blame others for not liking your profession. I could blame venues for hating comedy. I’ve blamed the other comics. If I’m struggling after a show I could blame the audience or even my own capabilities but the real blame rests on this fact: I have not put in the proper writing, research and preparation.

Listen, I am fortunate enough to have the stage presence down. My mom put me in ballet classes at 4 years old. I started voice lessons, acting classes and theatre at ten so I’ve been on the stage for over twenty years. But you cannot rely on talent. That’s how you get bitter artists. All the talent, with a lack of discipline to work the long game to become a professional. The struggle of being a stand-up comedian, or a creator, is usually against your own ego. I am my worst enemy. Not the dude who won’t put me up at an open mic because he doesn’t think I’m funny. That’s just one room and one person’s opinion. There are a hundred other rooms and a hundred other opinions. Stand up is a mind game. Are you able to be a strong enough person to care and have a point of view? And then! Are you able to take this point of view and form a strong emotion around it and create commentary that is hopefully funny to someone else? It’s a process and sometimes I am too lazy to write. I want the outcome. I want the laugh more than I want to actually say something that’s good. When I put in the work and slay at a show- yeah, then it’s smooth and all is well in the world… for that moment.

You just have to ask yourself- do you like the process of the job you are in? Is the process worth whatever outcome? Sometimes the answer is scary but any change or challenge is scary. Scary is good. Scary means you’re growing. ‘No fear’ equals no change. Just be batman and wear your fears on your face.

What should we know about your business? What do you guys do best? What sets you apart from the competition?
Have you seen my set? Let me try and paint the picture. I’ll bring a guitar on stage, not even play it and then decide to sing a song I wrote in 7th grade acapella. I’ll pull out balloons and make the front row inflated crowns and then grab the microphone and tell jokes about my parent’s divorce and girls with eyelash extensions getting eye lice (google it-truly a tragedy). So, I think if someone could tell me what I’m known for- that would be really great.

I act, I sing, I knit, I stare at the ceiling sometimes for too long and text boys frequently.

I’m proud I pay my bills. I’m proud of my friends. I’m proud that all the times I felt LA was like- “GET OUT OF HERE!” I stuck around like a committed wife on the phone, “I’M NOT GOING ANYWHERE!” I say. “You and I can be better… Let’s talk when you’ve had less to drink… I know I’m drunk too… stop… I love you too… No, you hang up.”

For good reason, society often focuses more on the problems rather than the opportunities that exist, because the problems need to be solved. However, we’d probably also benefit from looking for and recognizing the opportunities that women are better positioned to capitalize on. Have you discovered such opportunities?
I honestly think it’s a great time for women in comedy. The public is just eating us up. People want quirky girls, chubby girls, skinny girls, bald girls, girls that are now boys girls, you name it and Netflix wants it.

For women, there’s a lot of opportunities to be yourself. You don’t have to wear a low cut shirt to get booked anymore. You can also be really fun and have strong opinions… and still wear low cut shirts if you want to.

Clubs are still filled with all-male line ups but we just gotta keep showing them we’re funny. If you’re a women and frustrated about comedy- start your own show, book your friends, start an all-women open mic (those are my fav!) Shout out to Marissa Ringer who did not sleep until she got an all women’s open mic running at Flapper’s Comedy Club. It’s one of my favorite places to pop in on a Thursday night.

I love male comics but I keep the funny women in my life extra close. To loosely quote Beyoncé and Dave Shepherd from the hit show LOST, “Do stand up together, die alone. Who run the world?” 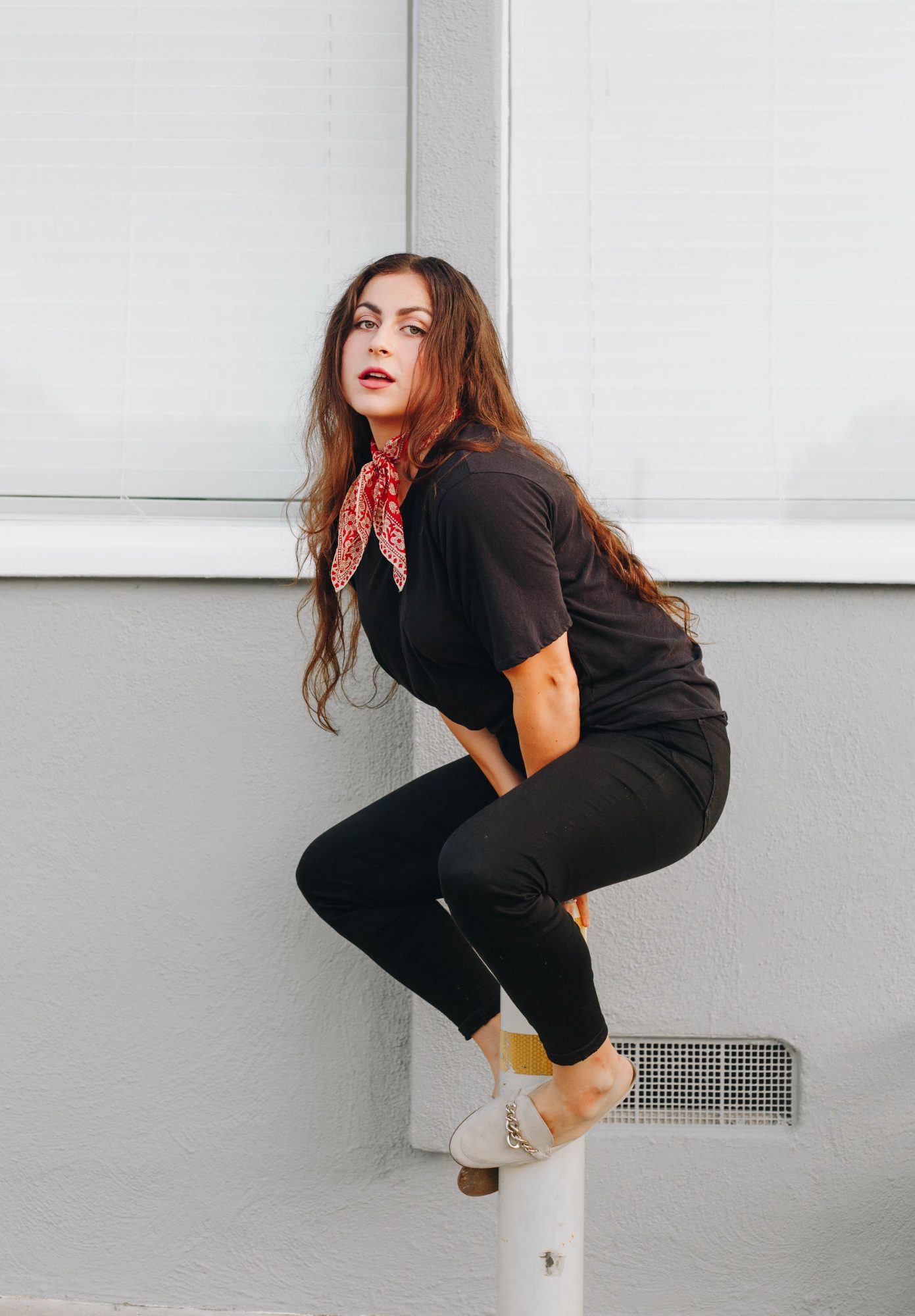 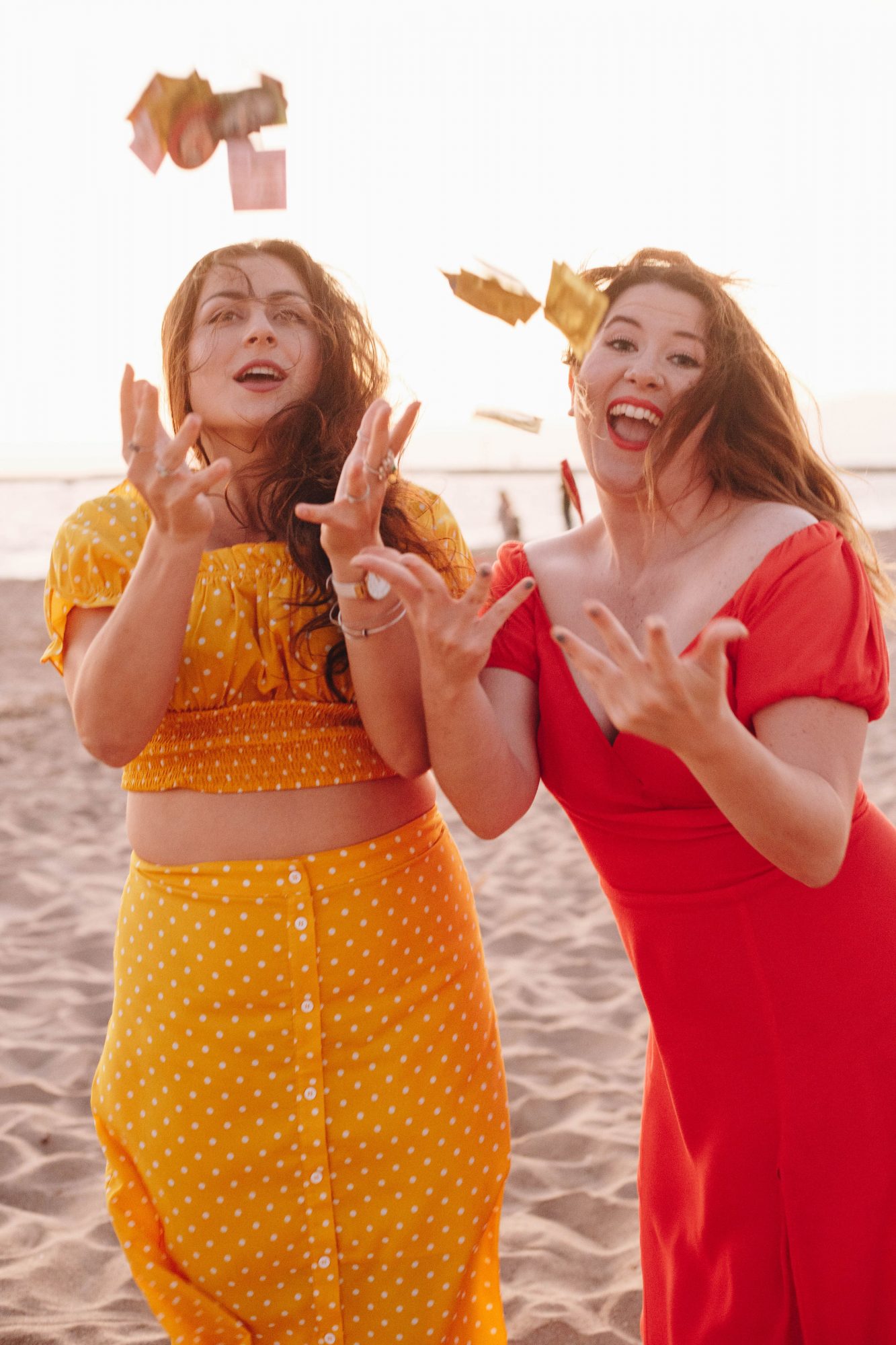 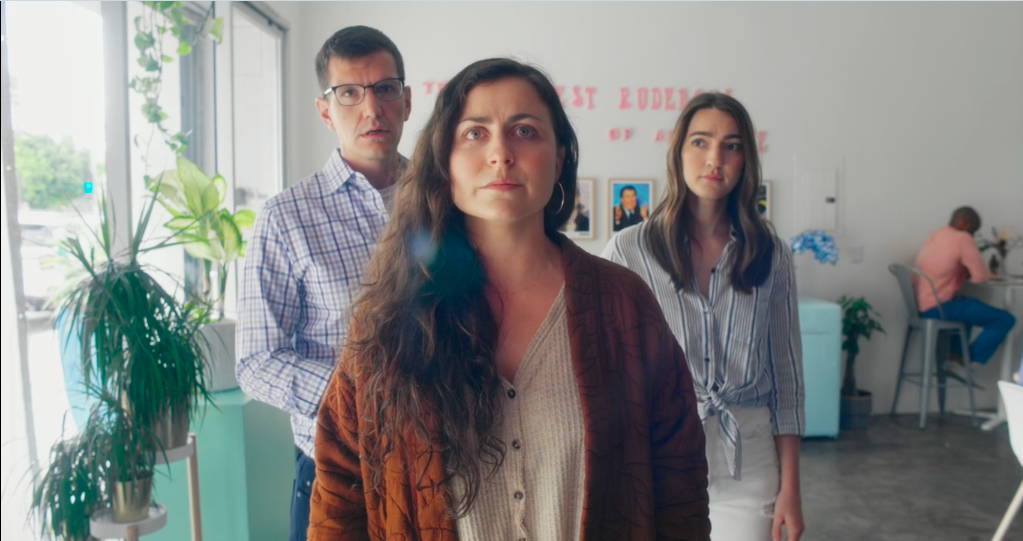 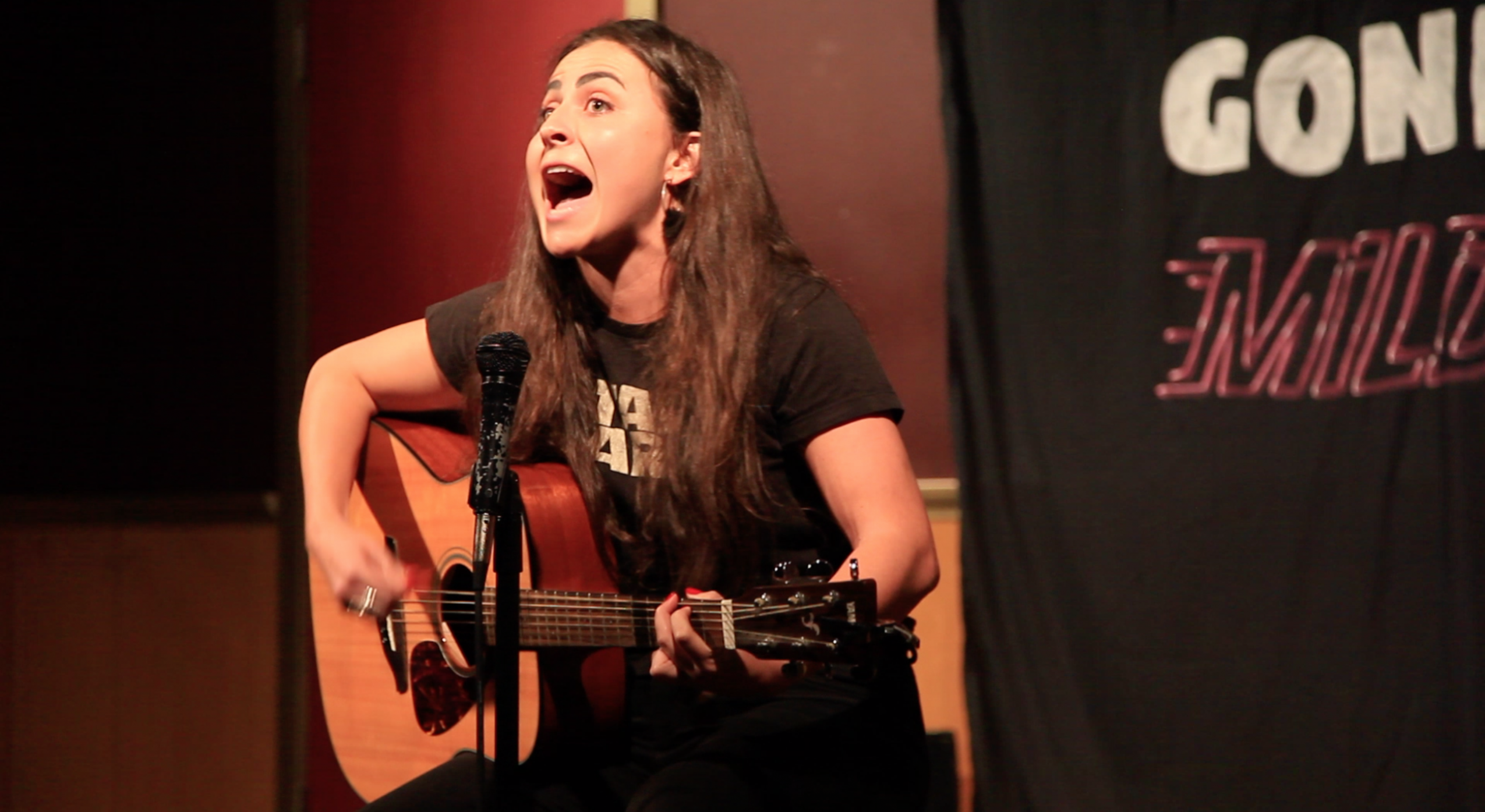 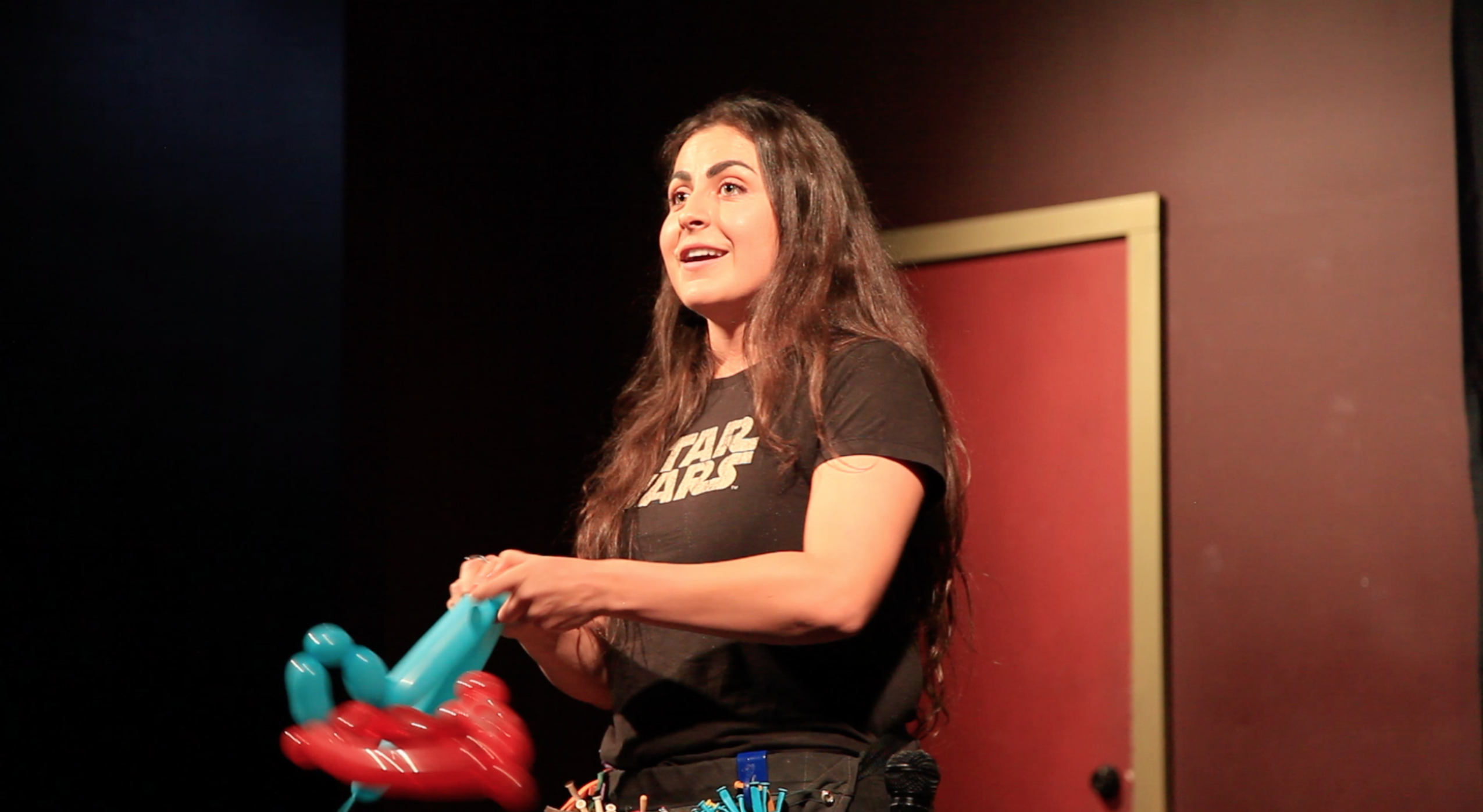