Conversations with the Inspiring British Mendoza 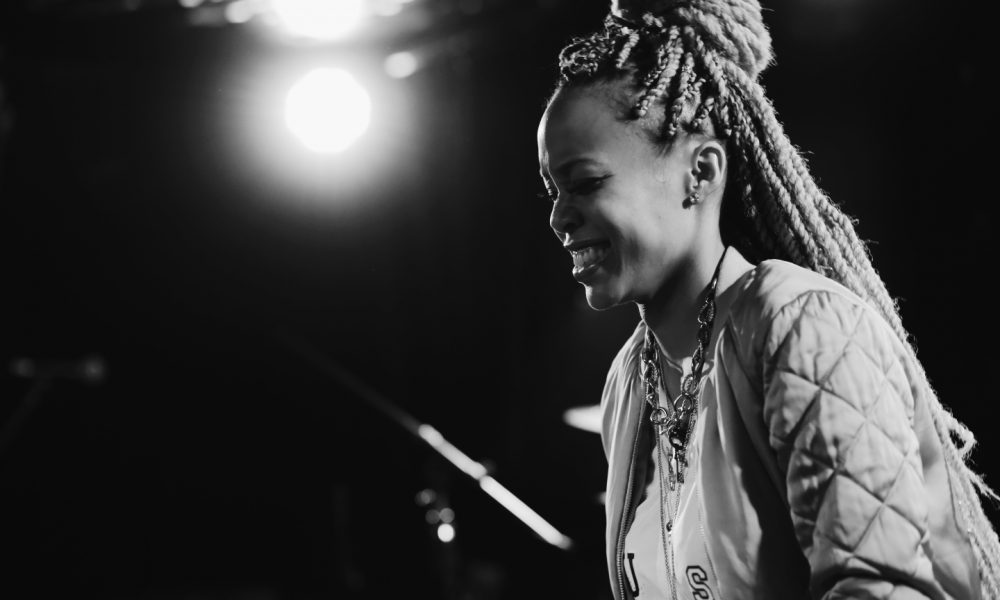 Today we’d like to introduce you to British Mendoza.

So, before we jump into specific questions about the business, why don’t you give us some details about you and your story.
Absolutely, but before I do I just want to thank you all for this opportunity! I’m grateful.

My story: I moved to LA in 2014 after a six-year commitment to the United States Air Force. I visited here for two days in which it was raining and I didn’t do much exploring but it was something about the vibe and atmosphere that quickly led me to move here a month later on April 24th.

After high school, I joined the military in hopes of becoming something I never could imagine for myself. I wasn’t sheltered as a child but being the oldest I had a huge responsibility of fulfilling an already “assumed” role. It was without question that I’d have to be a great example for my siblings and the first of a generation to accomplish a milestone such as joining the military, in which my brother would later go on to join me in those ranks. But joining the military meant, I was doing something for me. For me, to be able to travel, see the world, live in different cities, experience different cultures, and learning who I am. I didn’t really know who I was until I left home.

Once I got out of the military, I knew going home wasn’t an option because it was a place I’d already known and done before, for lack of better terms so I moved here. I was moving by myself and about to embark on something I’d always been afraid of but also trusting that God would see me through. I went to school for Music Production and eventually became a singer. I always envisioned myself doing something with music, it was just always uncomfortable for me to be on the stage so I became a sound engineer instead; I used to hide from singing. However, my fourth year aka my Cali/LAversary, I released an EP titled “I.M.A.G.E.” which means “I Move According to God’s Excellence.”

I released the EP to tithe my talents to God. I’d moved out here to be a singer and the first 3 1/2 years I ran from it. But it was tugging too much for me to ignore the fact that what I moved out here wasn’t what I was doing so I started creating. I put 4 songs on the EP because of the four years and dedicated every song to my sense of style and a special song on how I felt about God through these past few years. I was once disobedient in an area (using my gift of singing) but he still gave me his love and guidance and I’m here today fulfilling a dream many don’t get to because they’re afraid. With that said, I just want to encourage anyone who may fill unworthy, afraid, lacking, incapable, etc., that you if you really just go after that thing without worry about what other’s may think or say, that dream that seems farfetched can and will become your reality. Go after what you believe you’re called to do and what you believe you deserve!

We’re always bombarded by how great it is to pursue your passion, etc. – but we’ve spoken with enough people to know that it’s not always easy. Overall, would you say things have been easy for you?
Is anything in life a smooth ride, haha? Definitely HAS NOT been for me. I’m originally from Atlanta, GA where things seem to be a lot easier in terms of living expenses, friendlier people, and less traffic all of which LA (no disrespect to any of my good friends originally from here) lack. I’ve learned that LA is the type of city that will eat you up and spit you out if you allow it. It’s the type of city that heightens your insecurities, doubts, and fears if you don’t know yourself. This is Hollywood, where it seems like you have to be a certain way, look like somebody, have certain things, to fit in and be recognized as just a human. What is that?? I honestly got caught up in that mentality a little bit and life changed a little bit. There were moments where I just wanted to give up and go back home. In fact, I recently went back home for a few months to just breathe. A lot had happened and I was truly considering rushing back home to protect myself from shame, embarrassment, and fear but then I quickly learned that it was LA I was called to and ATL I had outgrown.

It wasn’t an easy situation because ATL is HOME. My family is there, that’s where I’m familiar, that’s where I’m comfortable but there’s just something about being called to a place that’s unfamiliar, uncomfortable, and a little painful that not only stretches you but stretches those around you, that teaches you life lessons, and that ultimately makes you grow so much that the place you once called home has become your secondary and your new home is where God PURPOSEly placed you, and for me that’s LA. I’m an ATLien forever though. 😉

It’s bigger than me coming out here to be a singer or doing something in the music industry and becoming famous. No, I plan to change the industry. I plan to be of influence for others to walk by faith and completely in their calling, and I plan for lives to be changed through my obedience and faith. I also plan to show others what walking by faith looks like and how it’s a real thing! It’s not just something I say. Nah doc. I say what I mean and do what I say. I’m already further than I ever imagined, why stop now? We all have this one life to live! It’s up to YOU to make the most of it!

So let’s switch gears a bit and go into Just Faith It story. Tell us more about it.

Just Faith It is a fairly new concept for me. Not having faith but actually the practice of faith. I didn’t have this much faith before moving to LA but I decided that I’m going to go all in and have faith and see where that faith takes me. Like previously mentioned, it’s “hard out here for a pimp” and if I don’t have some sort of belief that everything is going to be alright then here comes worry not minding her business! So shortly after walking away from the best job I’ve ever had to walk in my purpose, I realized faith was all I had and honestly all I needed so much so that I put together my own tour. I drove from LA to ATL and stopped in different cities along the way (Phoenix and New Orleans) to perform at a couple of open mic nights. I called it the “Just Faith It” tour because it was literally something I had to put my entire faith in to get across the country alone. If you get a chance to listen to my Just Faith It podcast I do my best to encourage those that are interested in or just have recently taken the leap of faith to completely go after what they believe they’re supposed to do. I try to relate to those at the bottom of the scale because so often, we hear about people’s successes after a few years in the game (which absolutely makes sense), but I’m the kind of person that likes to know what days 1, 55, 136, 634 were like. I want to know the entire journey so I kind of give my perspective on it and I interview others that have started their journey or thinking about starting that journey.

If I’m honest, I’m proud of how much growth I’ve made since I’ve been here. I’m not afraid to make mistakes and learn. I’m also no longer afraid of succeeding. I used to be afraid and cared way too much about what others thought of me but not anymore. I care more about someone saying that the mistakes I made and shared or the successes they’ve witnessed helped them achieve their biggest goals and helped them overcome their greatest fears. I just want people to have a clear understanding that you can be whatever you want to be and do whatever you want to do as long as you have belief in that/those very things.

My faith is something that I will not allow to be stripped or taken away from me. I’ve been through too much and worked too hard to not have the kind of faith that I have now. I know with it all things are possible and I’m going to accomplish every desire and goal I have.

Looking back on your childhood, what experiences do you feel played an important role in shaping the person you grew up to be?
I’m the oldest of six children. That in itself was enough of an experience! I also was raised by a village. At one point, my grandmother raised me, then my parents and their friends, as well as my aunts. Every family relationship that I have plays a significant role in my life today. They all taught me in some form or fashion the importance of faith. I am who I am because I had and still have those people in my life. I’m grateful for that. Family is everything to me and I’ve noticed no matter where I am in the world, God always assigns me a family or families and here in LA, I have an amazing church family and friends and for that I’m grateful. 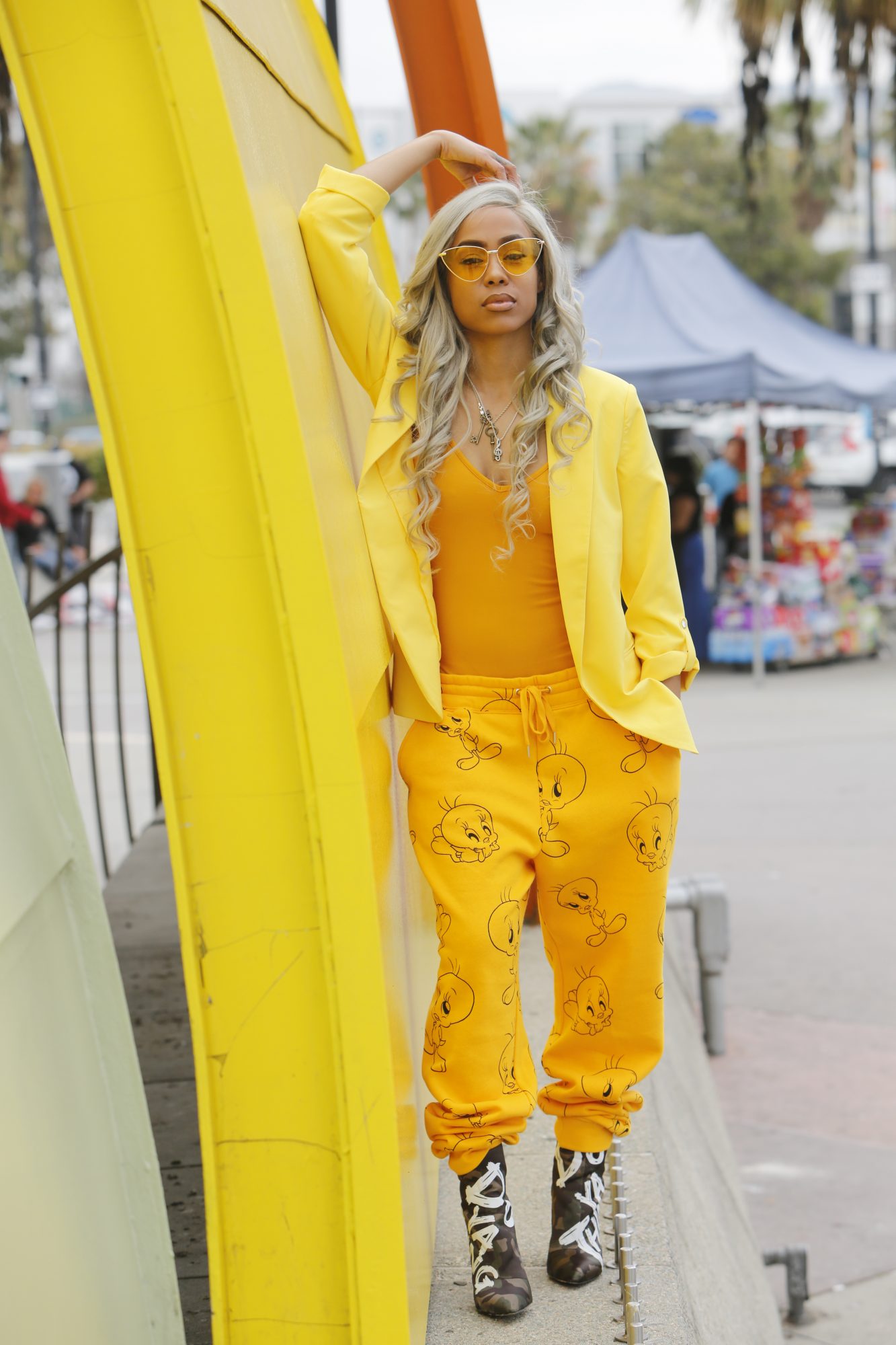 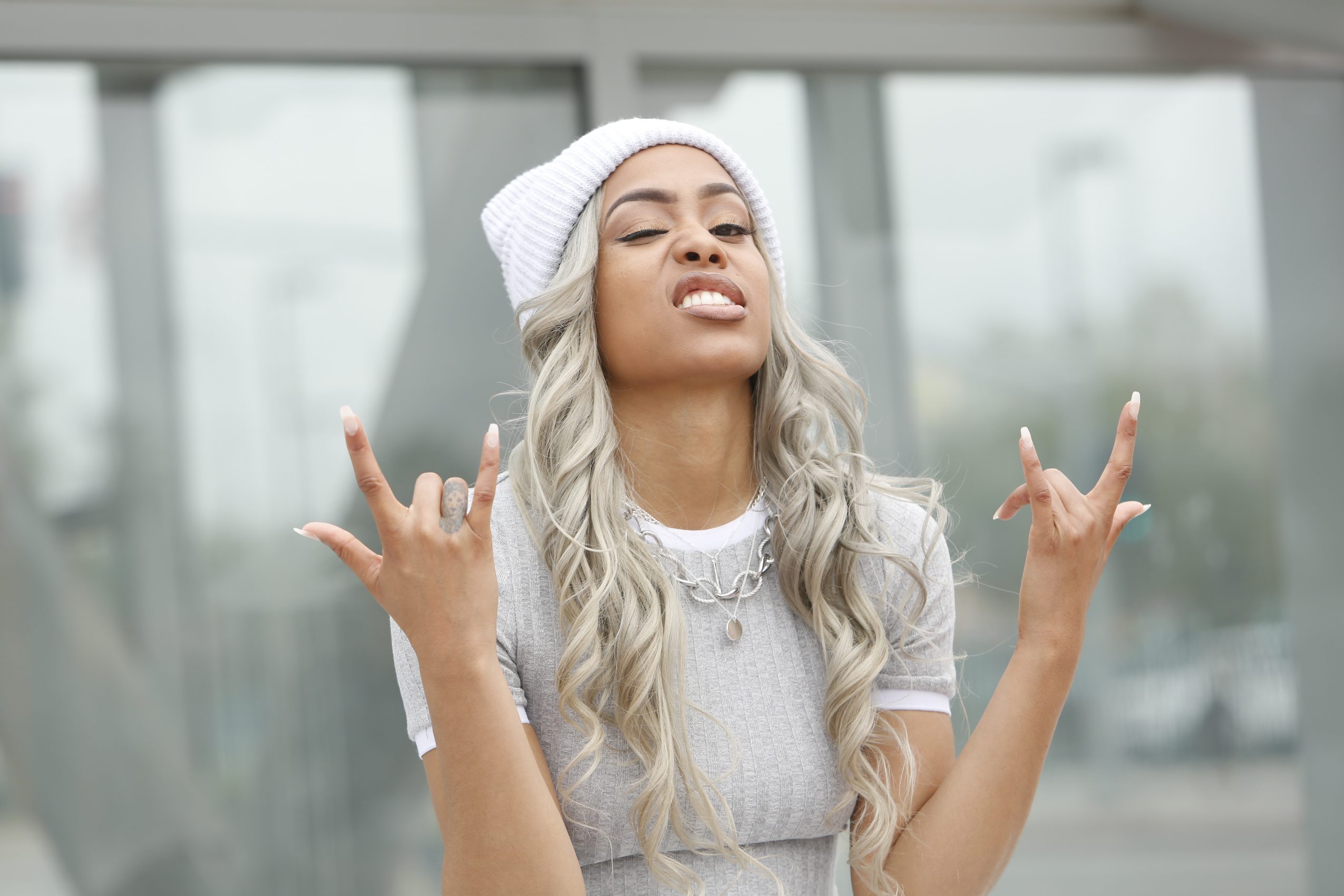 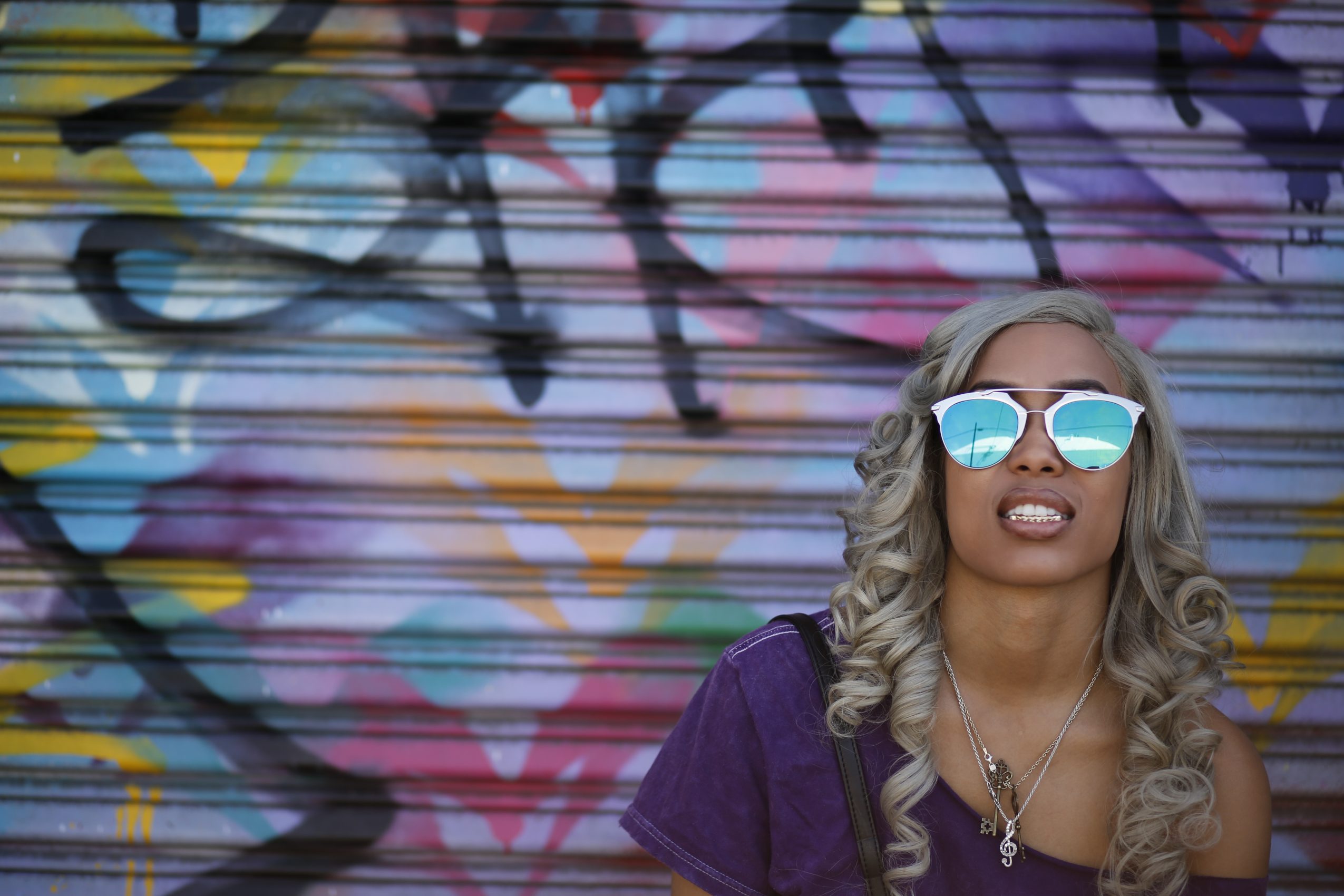 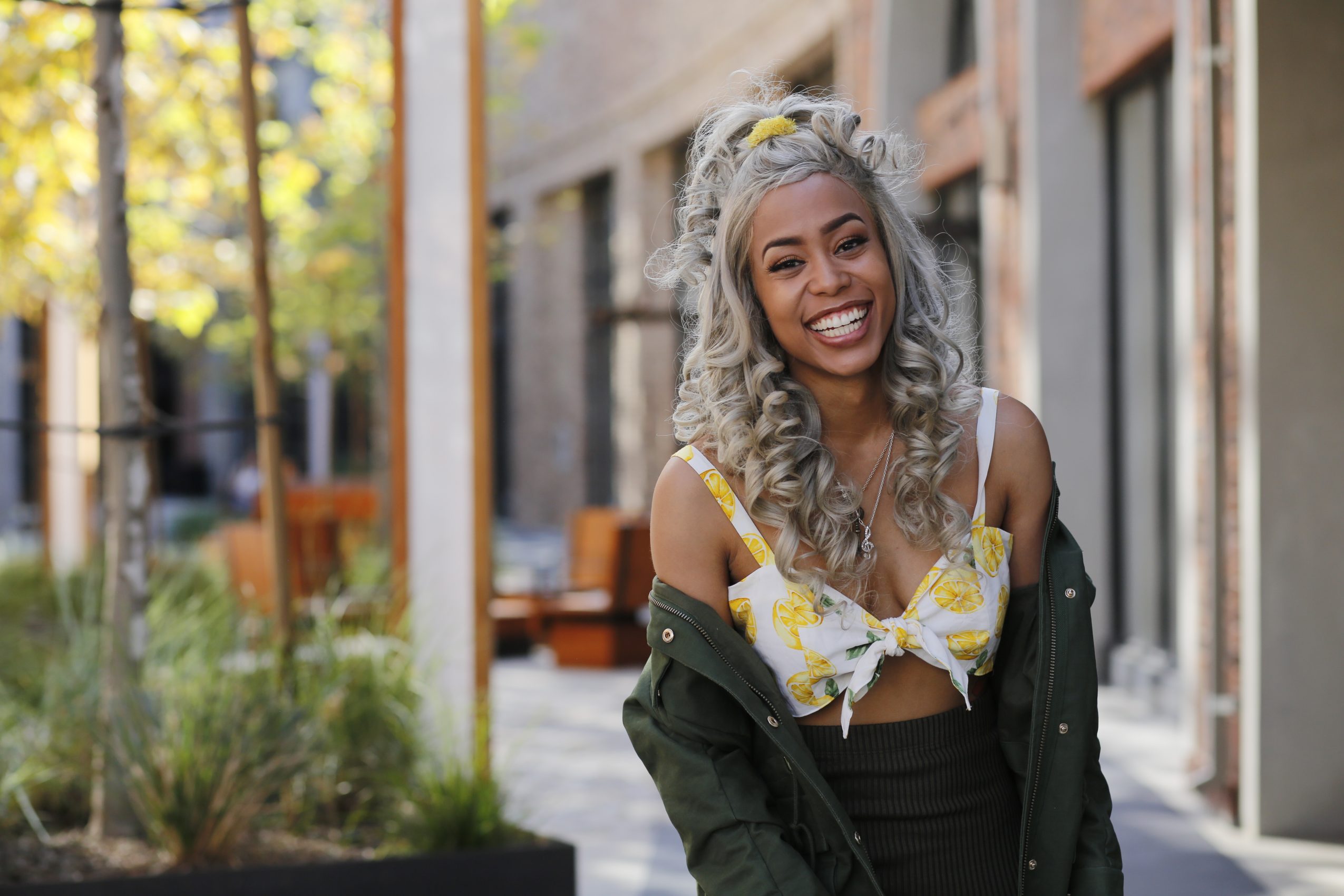 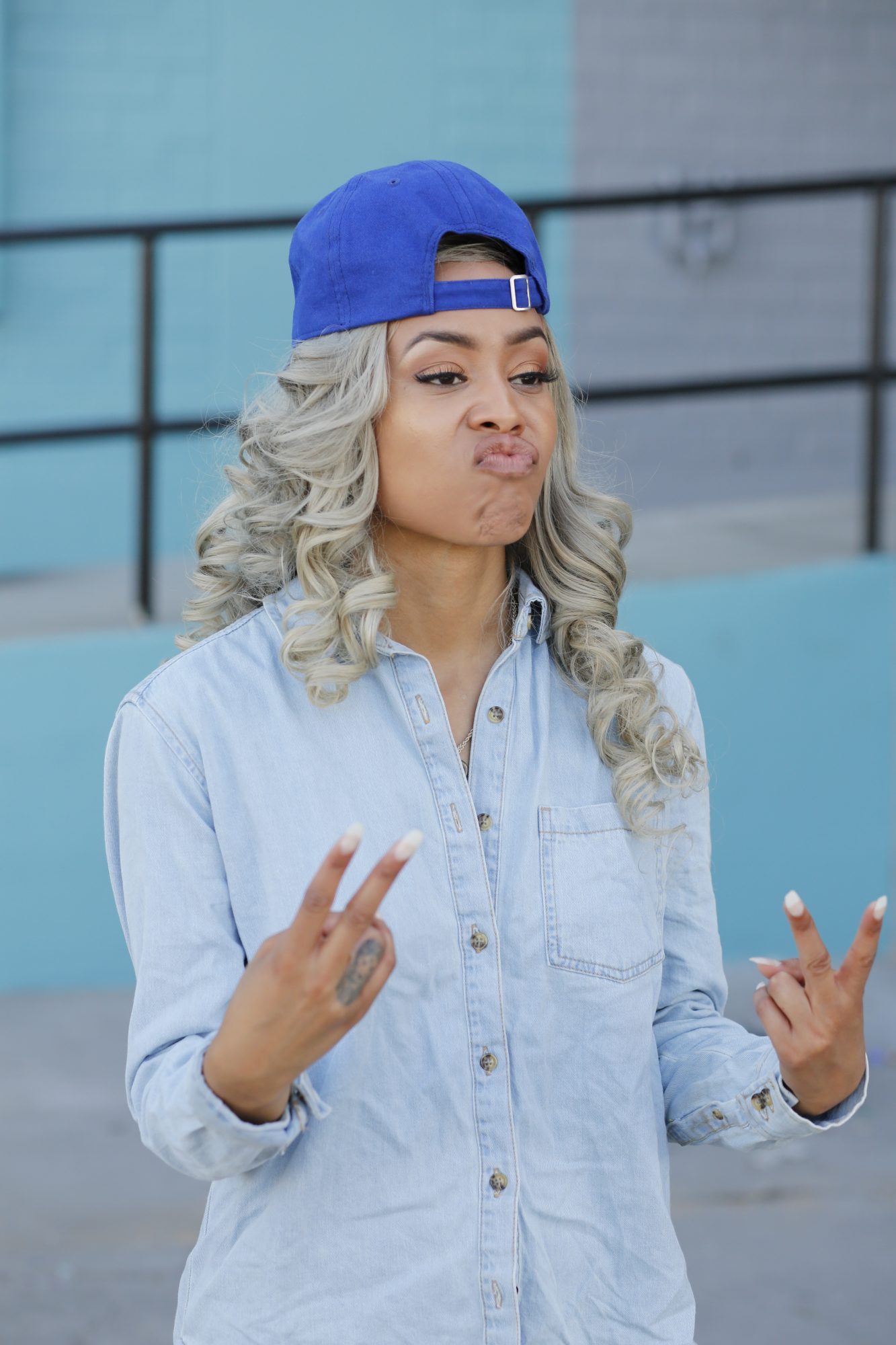 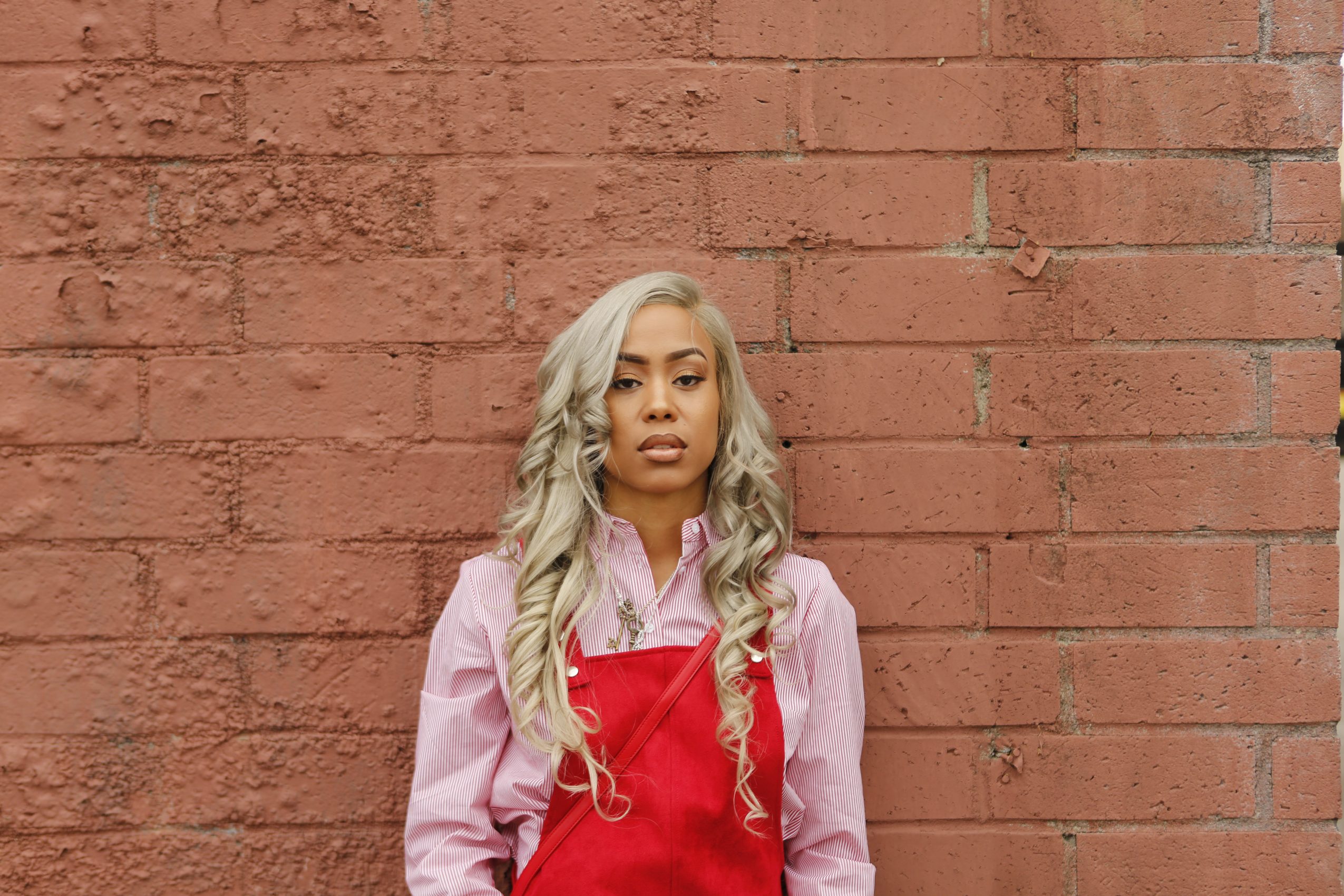 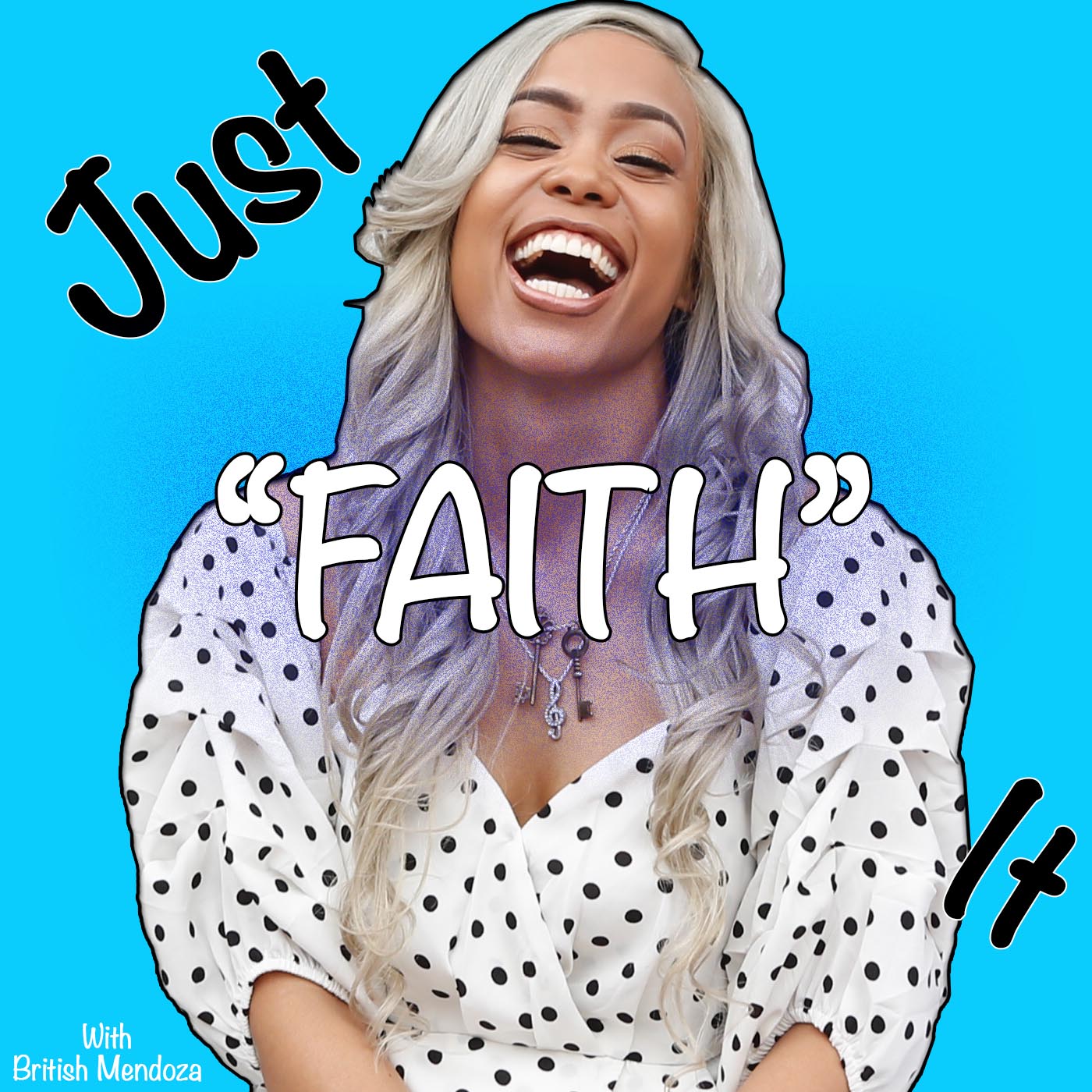