Conversations with the Inspiring Ali Goebel 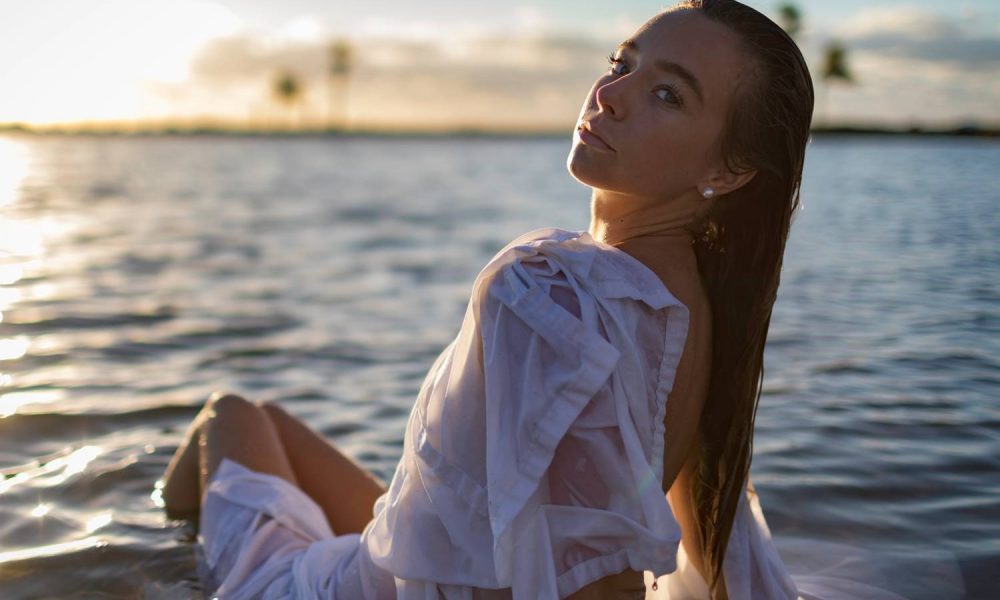 Today we’d like to introduce you to Ali Goebel.

Ali, please share your story with us. How did you get to where you are today?
I’m a Colorado native, Boulder girl at heart that always had a yearning to travel and see the world. Ever since I was in middle school, I had been fascinated by photography. I became obsessed with being able to create images, concept, shoot, and direct whatever project that came to mind. Photography was the gateway to my life as a model and actress today. I won several awards throughout middle school and high school for my photography. At the time, photography was my main focus along with track and field. During undergrad, my freshman year I ran on scholarship at the Metropolitan State University of Denver. That life as a competitive collegiate athlete shortly ended after I got a career-ending hip injury that required surgery. It was during this time that I had to take a step back and kind of re-evaluate my life goals and what I wanted. Photography was so intriguing to me and I knew that I wanted to do something with that, so, that’s when I came up with the idea to be in front of the camera instead of behind it. That is when I decided I wanted to become a model and actress. Shortly after I realized this, I transferred to the University of Miami to continue my education in Creative Advertising as an Art Director. Just this past December, I graduated early from UM, packed my things up, and moved out to LA to pursue acting and modeling full time. During the three years that I was at Miami, I dabbled into modeling and acting and knew that this was my passion and that after college this is what I wanted to focus on and spend all my waking hours doing. Having a degree in advertising gives me a different perspective on modeling and acting and being behind the camera. When doing commercials and photo shoots, I can bring my creative advertising background and offer a different point of view… instead of being told what to do, I can ask the client what their vision is and add what I think would be the best way to get the message across to the consumer. That is what I think makes me unique. And here I am.

Overall, has it been relatively smooth? If not, what were some of the struggles along the way?
Whatever your passion is, it shouldn’t come easy… ever. If it did, then you might want to re-evaluate what you want or what your goals are. It hasn’t been an easy road for me. A lot of things had been extremely unclear and I had to sort out what exactly it was that I wanted and go after it. Even after I had realized that I wanted to be a model and actress, I knew that I had to finish schooling for me and put that side of my life on hold temporarily, which was very hard. I think that one of the most occurring struggles for me is people not believing in me and not supporting me. My advice to anyone with a big dream and a big goal, especially women, is to not let negativity and rejection get to you. The people that don’t believe in you and don’t support you are the ones that are jealous that you’re following your heart and chasing after your dreams. Don’t ever let anyone or anything stop you or get in your way of achieving your dreams.

Please tell us more about your work, what you are currently focused on and most proud of.
Right now, my modeling is the most prominent thing that I’m known for. I’m still working on the acting part! As I said earlier, I think what makes me stand out from everyone else is the fact that I can bring a different perspective to my photo shoots and on sets for commercials because of my advertising background. That aspect definitely makes me unique and I am so proud to have the knowledge and experience in that field that I do because not only does it make me more confident, but it allows me to be able to create something beautiful, which at the end of the day is all I ever want to be doing.

What do you feel are the biggest barriers today to female leadership, in your industry or generally?
I think the biggest barriers today for females in leadership positions comes down to the basic fact that I sometimes feel like we don’t get the same opportunities or roles as men do. I just watched a movie that came out on Netflix that was supposed to be the “girl” version of The Hangover and I didn’t think it was as funny as The Hangover. I started thinking ‘Why now all of a sudden are they making these movies with women that originally were all men?’ I like the fact that they’re doing that, but at the same time, even though this movie was focused on women, why are they basing it off of a movie that originated with all men? This goes into the idea that, yes, there is a space that is being created more for women in the entertainment industry that allows us to be able to become leaders, but the roles, screenplay, and writing are all still lacking in originality in my opinion. I would love to see some original women badass movies like Bad Moms, Bridesmaids, Atomic Blonde, and things of that sort are brought into the light. 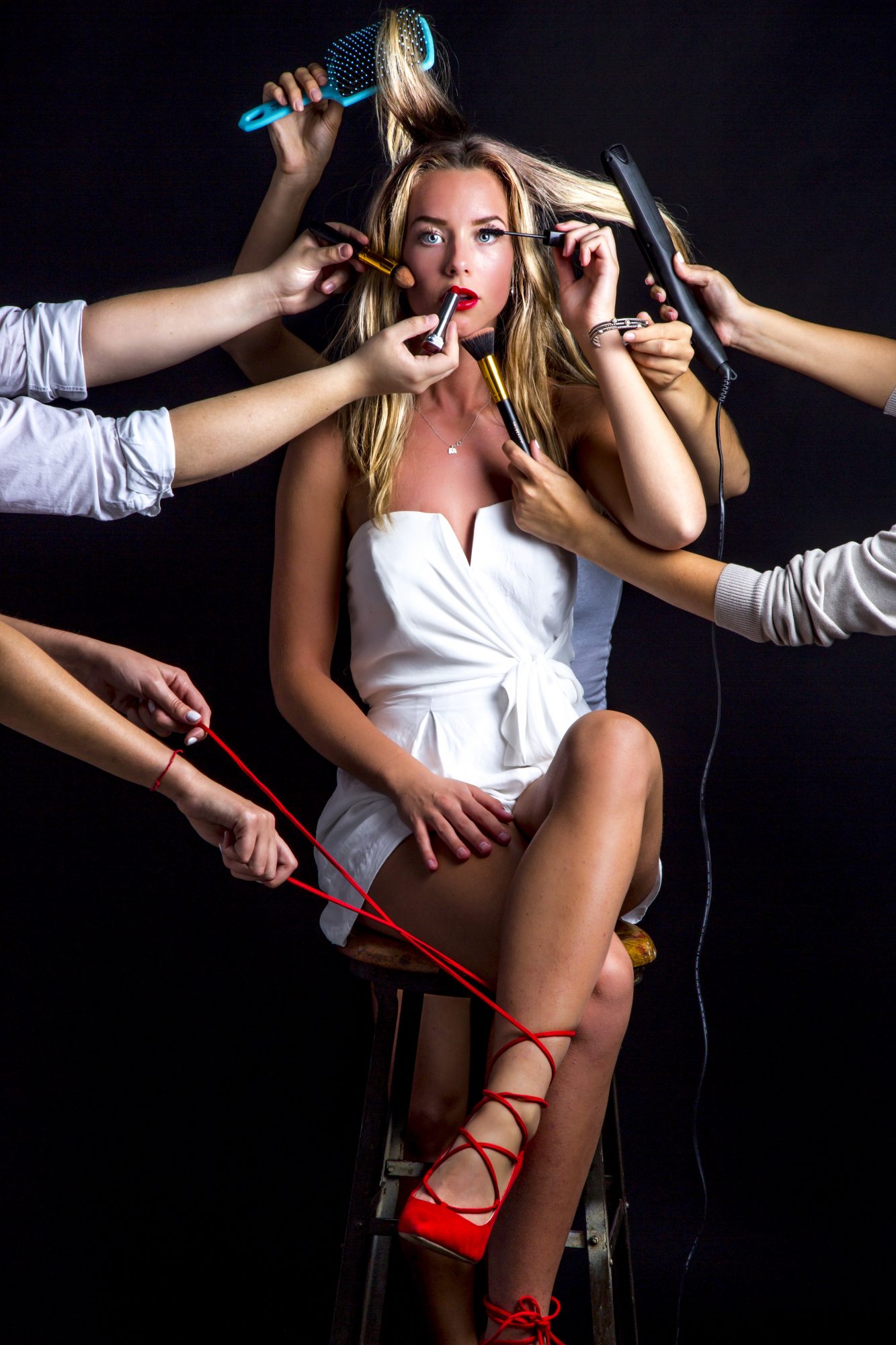 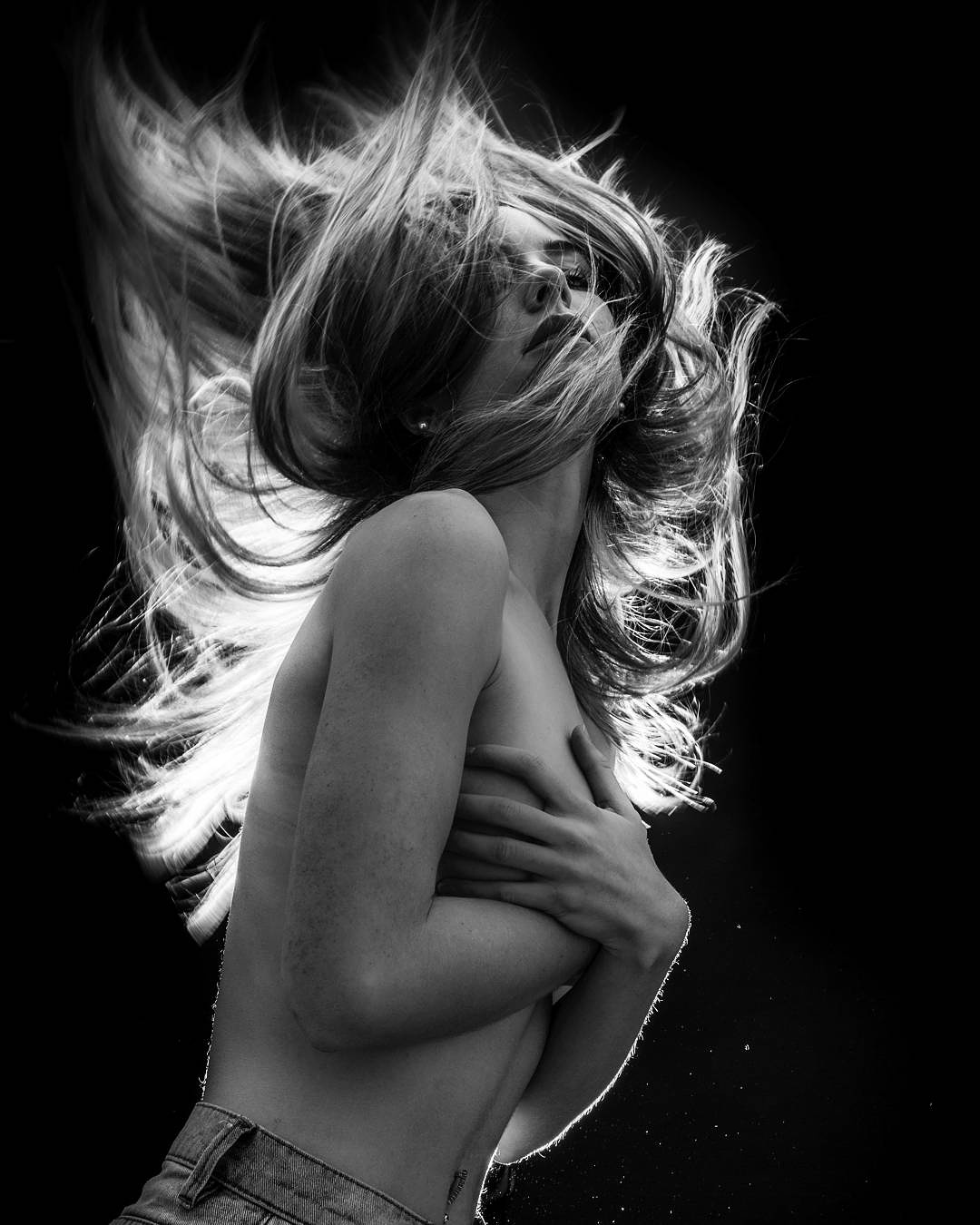 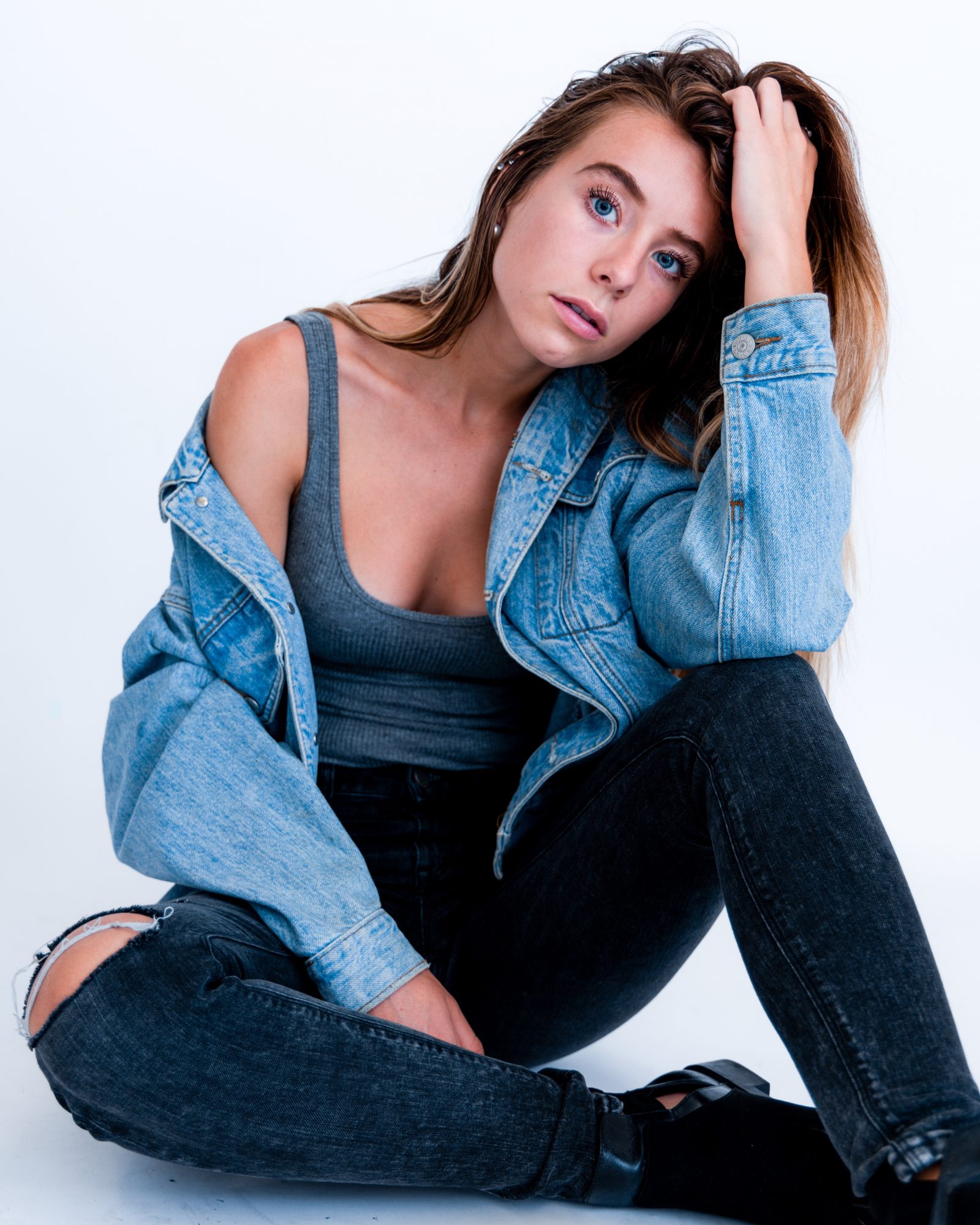 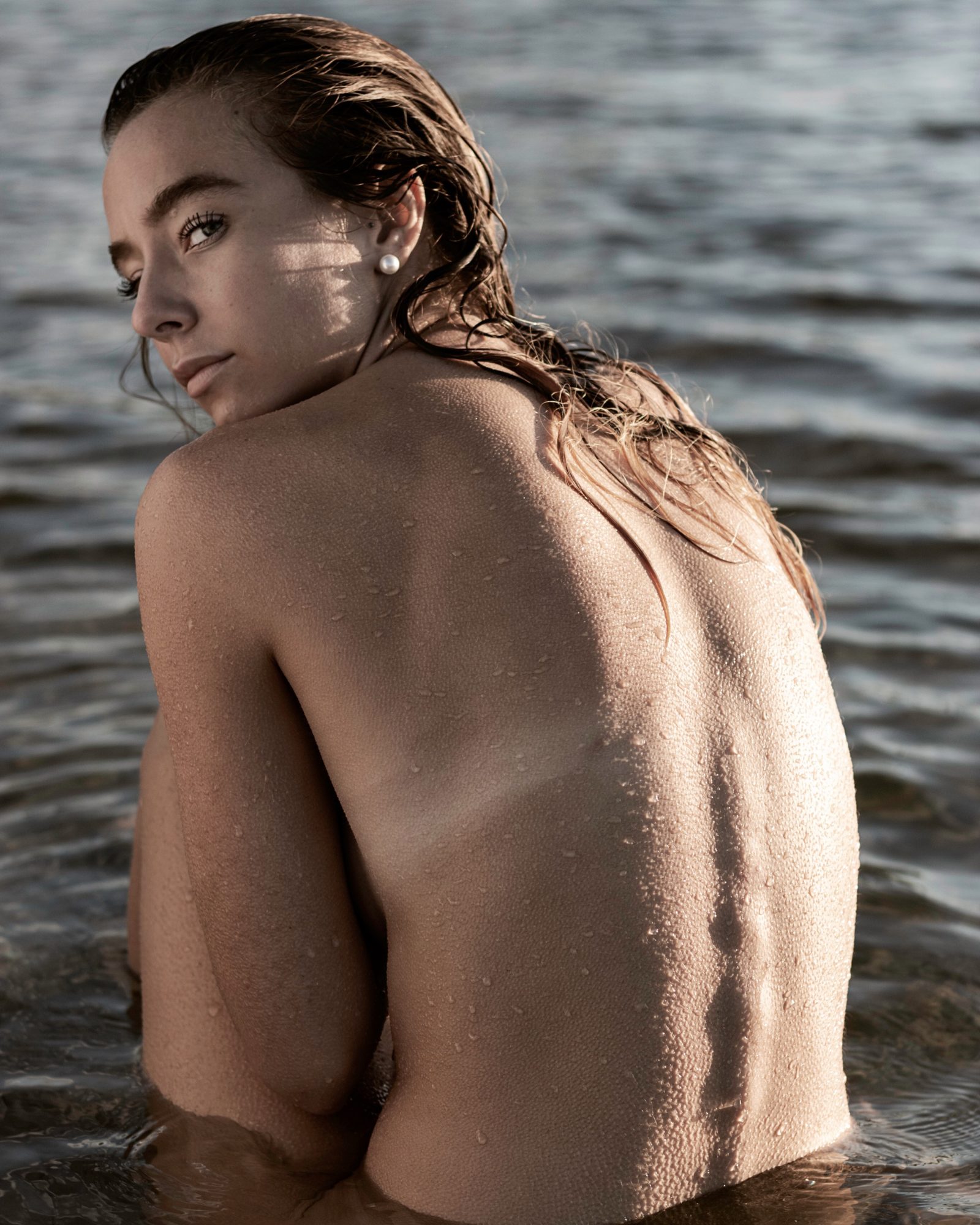