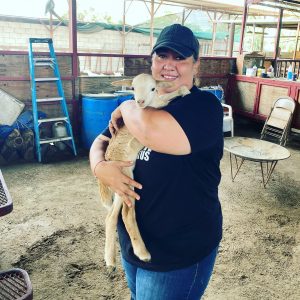 Today we’d like to introduce you to Candace Leos.

Alright, so thank you so much for sharing your story and insight with our readers. To kick things off, can you tell us a bit about how you got started?
I was born and raised in Compton. My grandparents settled in Compton in 1950 and raised their family there. I was born in 1973 and have spent the majority of my life in the city. The 80’s in Compton were pretty wild. The street that we lived on was active with gangs and drugs, so I actually was very sheltered by my parents and grandparents. They decided to place me in Catholic school in 2nd grade. I attended Our Lady of Victory Elementary and Regina Caeli High School, both in Compton. My grandfather was very involved in trying to make our neighborhood safe, he was part of the neighborhood watch. Looking back, he was very brave to stand up the way he did but many on the street respected him. He passed away suddenly in 1987 but his impact in my life was lifelong. After losing my grandfather, I spiraled a little, started hanging with the wrong crowds and not making the best decisions. I got pregnant at 16 and knew that it was up to me to give up or fight I come from a long line of fighters so I knew that I had to roll up my sleeves and move forward. I graduated high school, worked and did well for myself over the years. Failure wasn’t an option for me but I’d be lying if I said it wasn’t a difficult road. I don’t regret it and know that it has shaped me into the person I am today. It was difficult dealing with the labels that come from being from Compton and for many years, I tried to escape it. When you say, you’re from Compton, the dynamic changes just a bit. I would dread the curious questions that I knew were coming. Over the years, I have lived in other places for periods, Los Angeles, Pico Rivera and a ten years stretch in Orange County. One thing I can say is that every time, I missed Compton. The Orange County period was the most difficult for me because I just didn’t fit in. Ultimately, I came back to Compton. There is a sense of community and pride that is unmatched.

In 2019, I started to become curious about the City’s government. I like to say “it started with a pothole” because that’s what got my attention. I began researching, attending city council meetings, getting to know our elected officials and then decided to start community meetings to try to get to know others in the community. I did a deep dive into Compton politics and infrastructure. I began to realize that many of us didn’t know how to get involved and become part of the solution but together, we made it happen. The meetings became regular and we used Patria Coffee as our hub on Saturday mornings to gather and discuss government solutions and get to know one another. I never expected that group to grow and evolve so much, we eventually outgrew the coffee shop and every table was generous enough to let us use their space. Residents were getting empowered! At the time that I started the group, I worked in Valencia so I would rush home to get to council meetings on Tuesdays and tried to do other things in the community on the weekends. After a few months, I knew that I had to get a job closer, preferably within the city boundaries and really roll up my sleeves and get to work. I looked and applied and ultimately a local nonprofit hired me to be a Community Engagement Coordinator. That helped me to get involved in the community in a dual capacity. I was also sworn in as a commissioner for the Women’s Commission in Assembly District 64 and became the Chair of the group. Over time our meetings began to grow and along with my community sister, Yolanda Gomez, we started to see where the gaps were. One of the biggest gaps was with the Hispanic/Latinx community. We knew we had to find ways to get our Spanish speakers engaged in our meetings. Yolanda took the lead on that and we added a mid-week Spanish meeting to our schedule.

In December 2019, I realized that we were dealing with something larger than I had ever envisioned. So I decided to apply to make Compton Advocates a full-fledged nonprofit. Compton Advocates Coalition was formed and we have continued to move the ball forward with our goal to educate, engage and empower our residents. Over time, I was also able to get to know Compton Mayor Aja Brown and I’ll admit, I probably wasn’t the nicest when I first started reaching out to her. What I found was that she was very transparent and responsive with me, even attending my community meetings and answering constituent questions openly and directly. An accessible and transparent representative always reflects well with me because there are many who are not. At the end of January 2020, I was presented with the opportunity to become her Liaison working for the city of Compton. It’s a role that I take very seriously and I know that it gives me an opportunity to continue to serve the community. I believe I am also the first Latina to hold this position so I work hard to make sure that I make the Latino community proud. It’s not easy work but it has given me another perspective that I can use to continue to educate our residents on how they can best get involved and affect change in the community in partnership with their elected officials. It’s been a whirlwind to say the least. In 2020, the advent of COVID really shifted things for us. We had begun hosting Loteria nights in the city monthly and they were going very well.

Unfortunately, we have had to put those on hold and pivot operations. This year, we have hosted several food giveaways in partnership with local churches and organizations like the Wild Horse Foundation and the Dodgers Foundation, PPE distributions with Pull Up Neighbor in Compton and Watts, and several community cleanups in partnership with Foot Locker. We have even adopted a local pocket park that we are planning additional improvements for. We continue virtual community checks in and have been hosting virtual empowerment sessions with ELLA, which cover topics like boundaries, self-love and healthy relationships. For thanksgiving selected fifty local family to receive complete Thanksgiving dinner gift baskets that include all that is needed to make a meal for a family of five. Due to the rise in COVID, we have decided to not do a large giveaway for Christmas, instead we have adopted a family of nine and six foster teen boys, who are typically left behind during the holidays. We are hoping that next year we can get back to our in person meetings because I feel that’s where the greatest impact is. So in conclusion, I found my purpose and my passion in the place that I wanted to escape when I was younger. I discussed my journey in my TEDx Compton Blvd Women talk in November. I love my hometown and I hope that I can continue to be of service to the community. I know that if we continue to work together, we will see a full renewal in our city but it’s going to take everyone working together.

Can you talk to us a bit about the challenges and lessons you’ve learned along the way. Looking back would you say it’s been easy or smooth in retrospect?
Not at all. This is probably one of the most difficult things that I have ever done. Even though I grew up here, I had never been involved on this level so I was a bit of an outsider. I had to build trust with people and get to know elected officials and that wasn’t always easy. I have also had people try to get me fired because I’ve brought truth to light and spoken out but sometimes you have to face fear and keep going. It is good now but in the beginning, it was a wild ride. I also had to take a significant pay cut to work in the city but I honestly feel like when you’re working in purpose, God will take care of the rest. It’s bigger than me.

For our readers who might not be as familiar what you have done during your career, can you give them some of your background?
Prior to working as Liaison for Mayor Brown and founding Compton Advocates, I had worked in the entertainment industry as a project manager. I had a large studio as a client and I would have to handle their conventions worldwide and general fulfillment needs. It was a big job but it taught me how to organize, strategize and multitask. When you’re facing a huge Comic Con convention and have to get a 6,500 square foot both set up and decorated, you learn to start problem-solving and planning…quickly. My favorite job and the one that shifted my thinking about life and purpose was The Midnight Mission in skid row. When I left Orange County in 2012, I took a job at The Midnight. It seriously changed my life. I think in this life, we get wrapped up in what we should have or do to prove that we are successful but when you’re working to help people get back on their feet, you realize that the money and material things don’t matter. Humanity matters. Serving others matters. I worked there for six years and it’s still a place that I hold so close to my heart. There is nothing like service.

What was your favorite childhood memory?
Oh, there are so many. Playing dress up with my friend Tonashawn in my yard. Listening to my Grandfather practice his accordion in the house. The smell of my grandma making tortillas, grabbing a freshly made one, adding butter and being in heaven. My birthday party where my family rented a carousel to come to our house. Honestly, I miss my grandparents the most and my times with them are my greatest childhood memory. 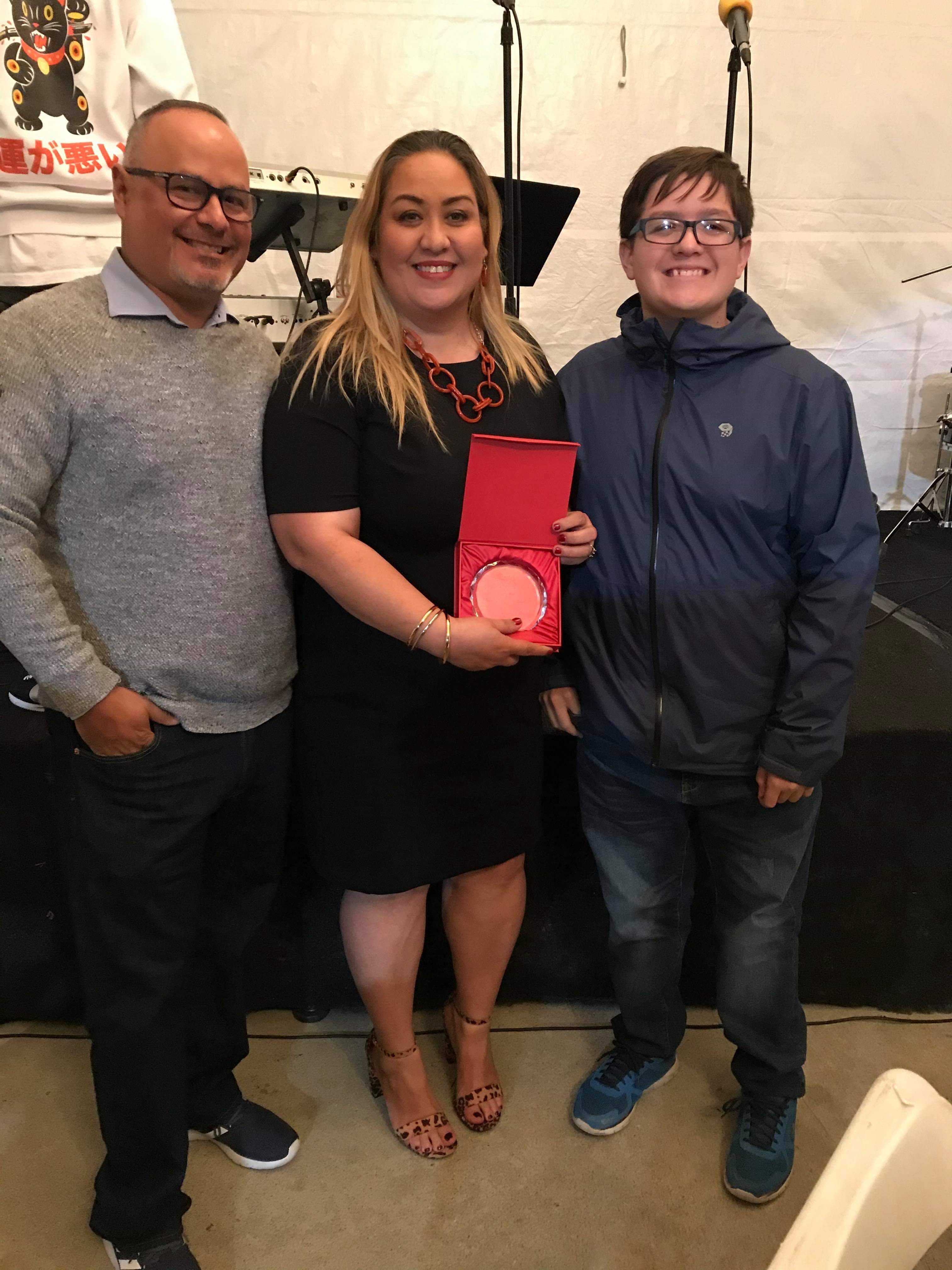 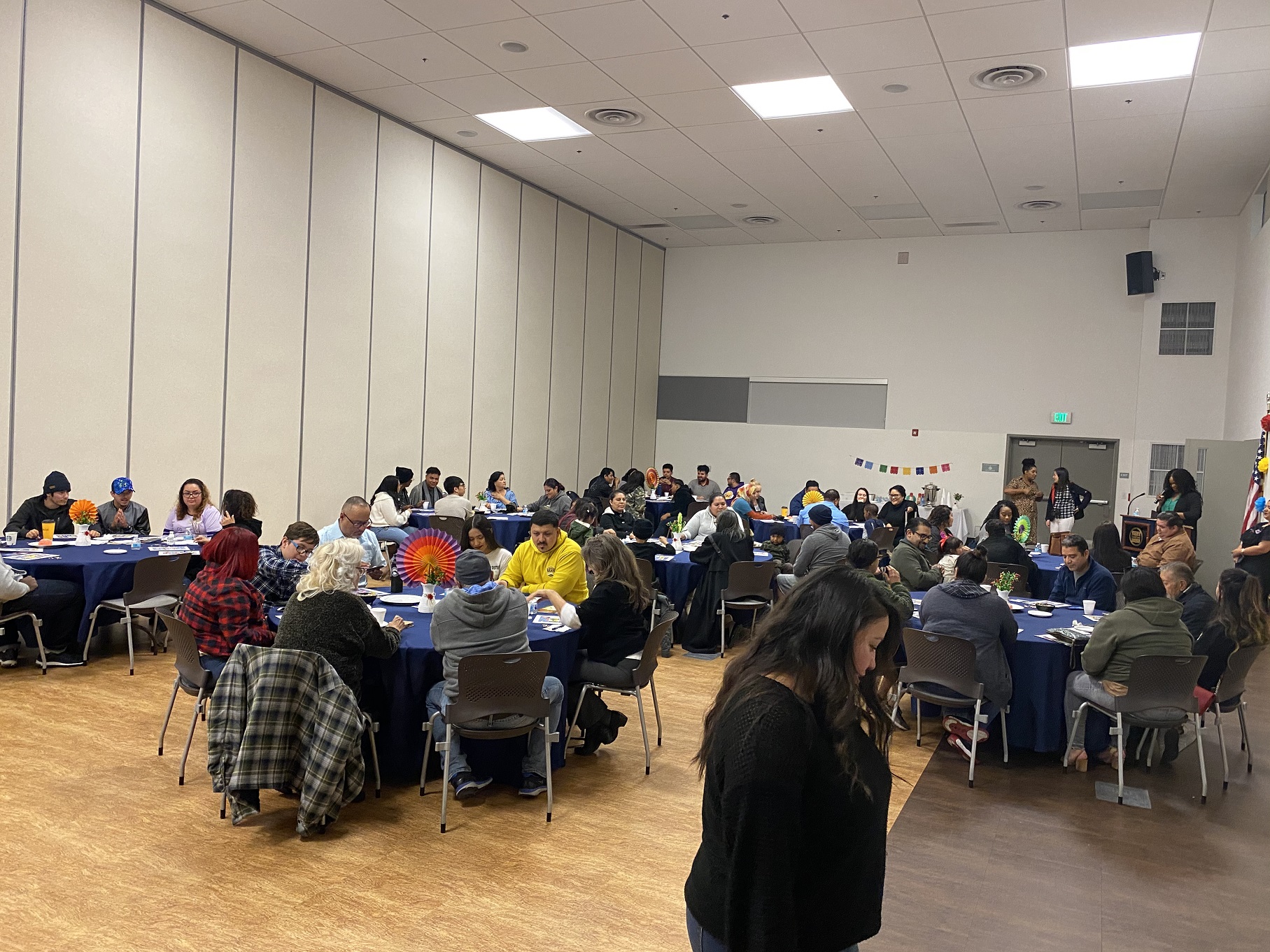 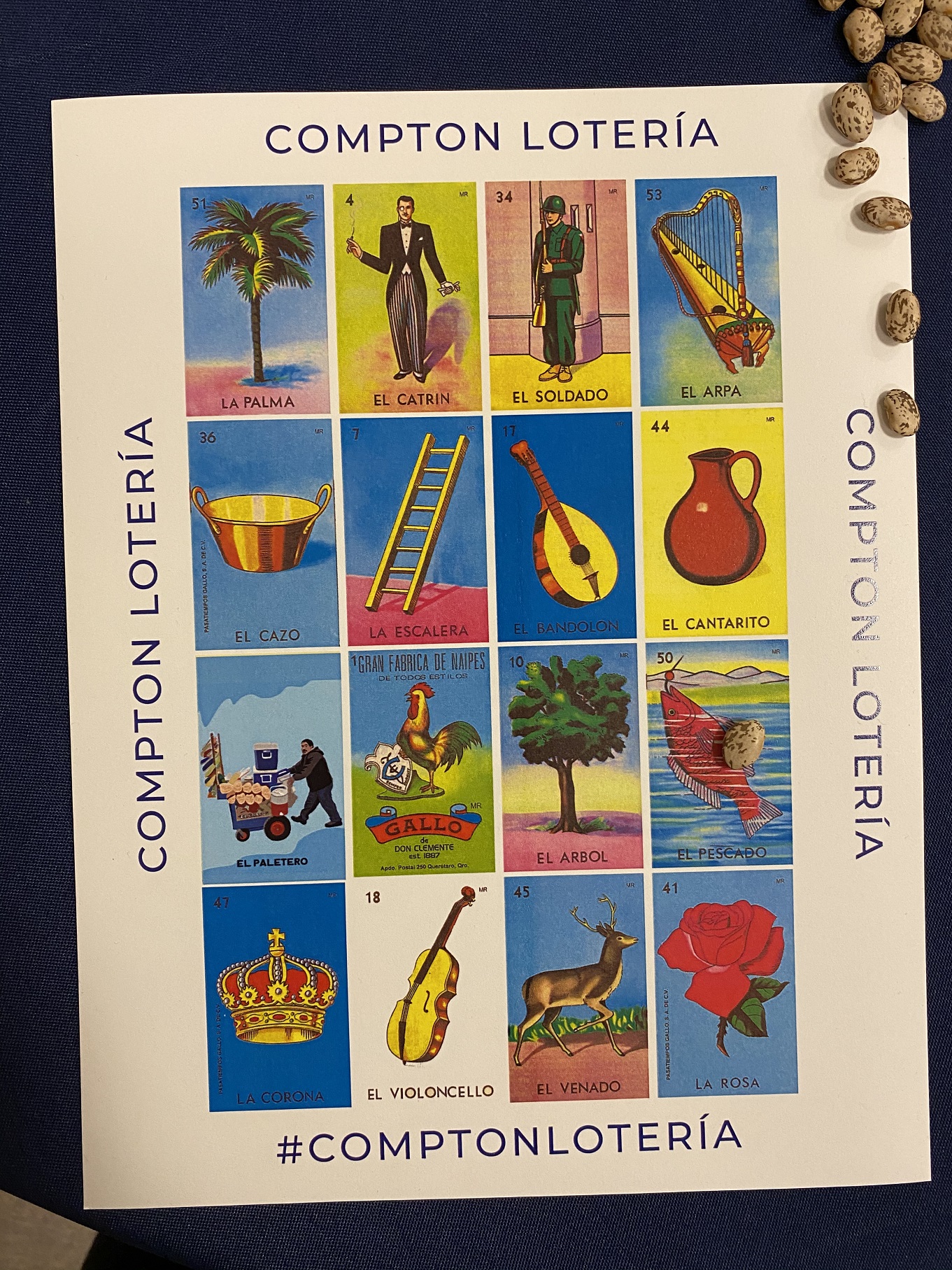 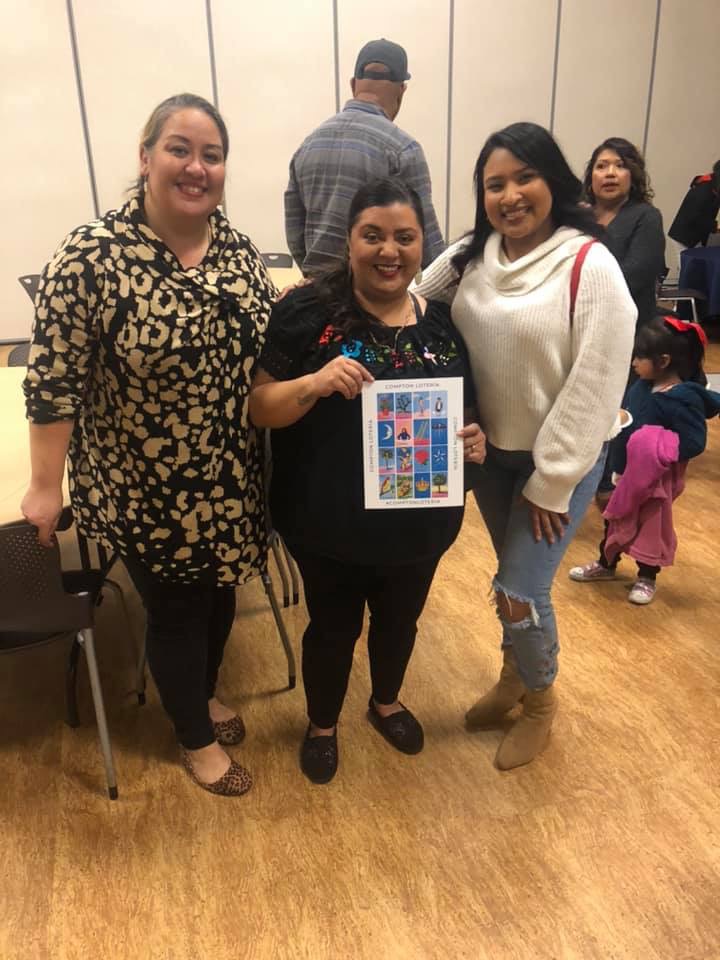 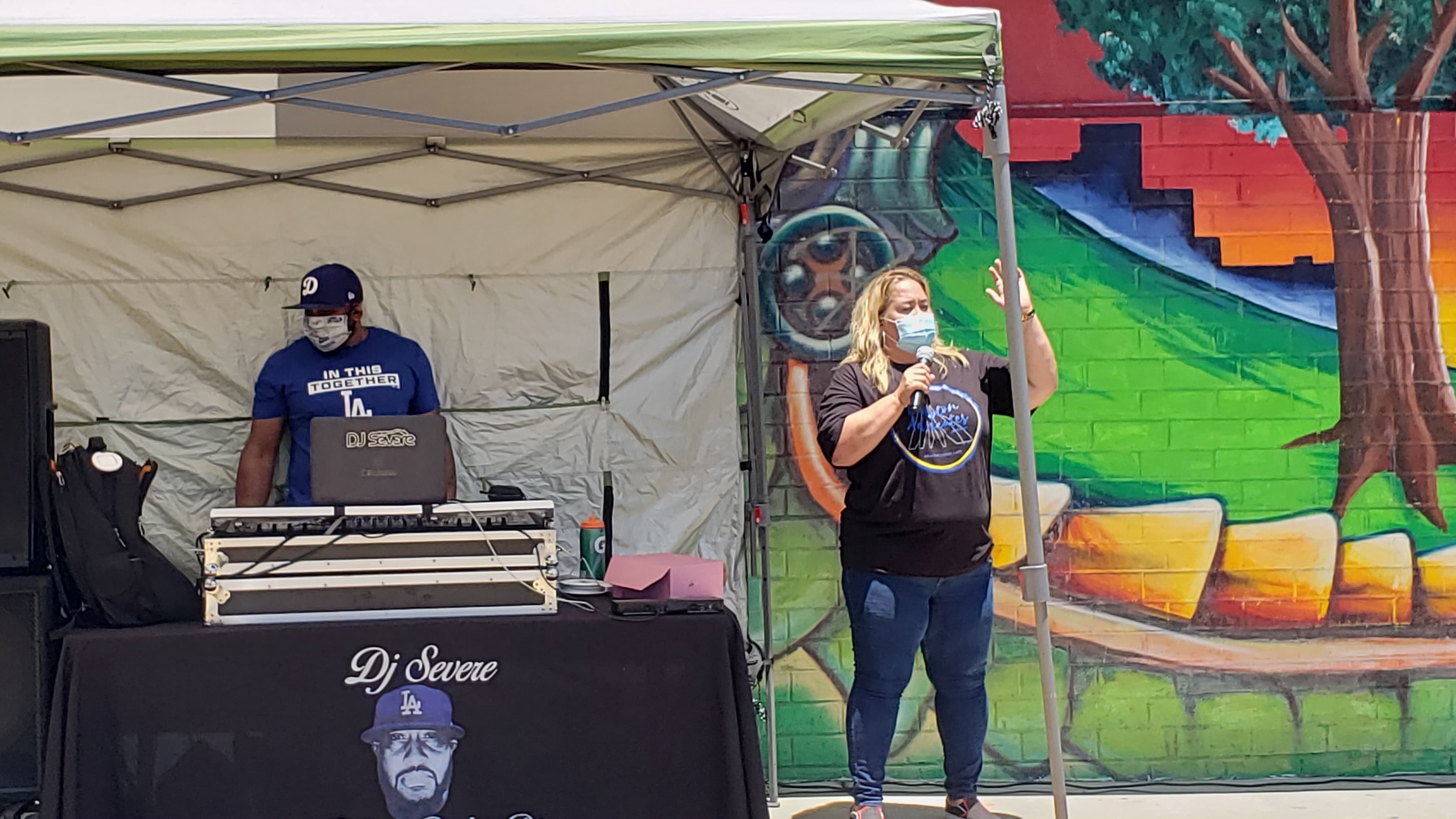 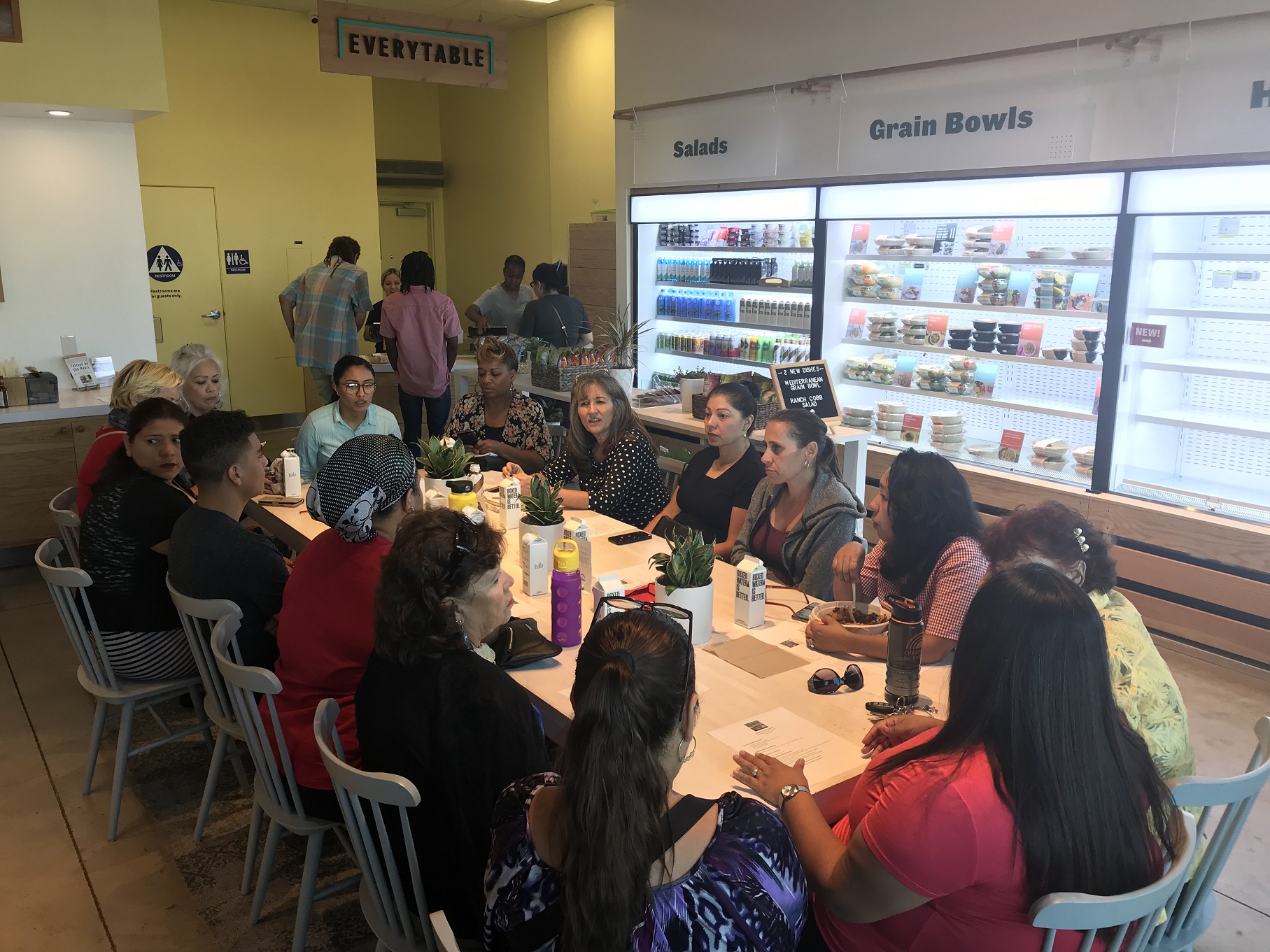 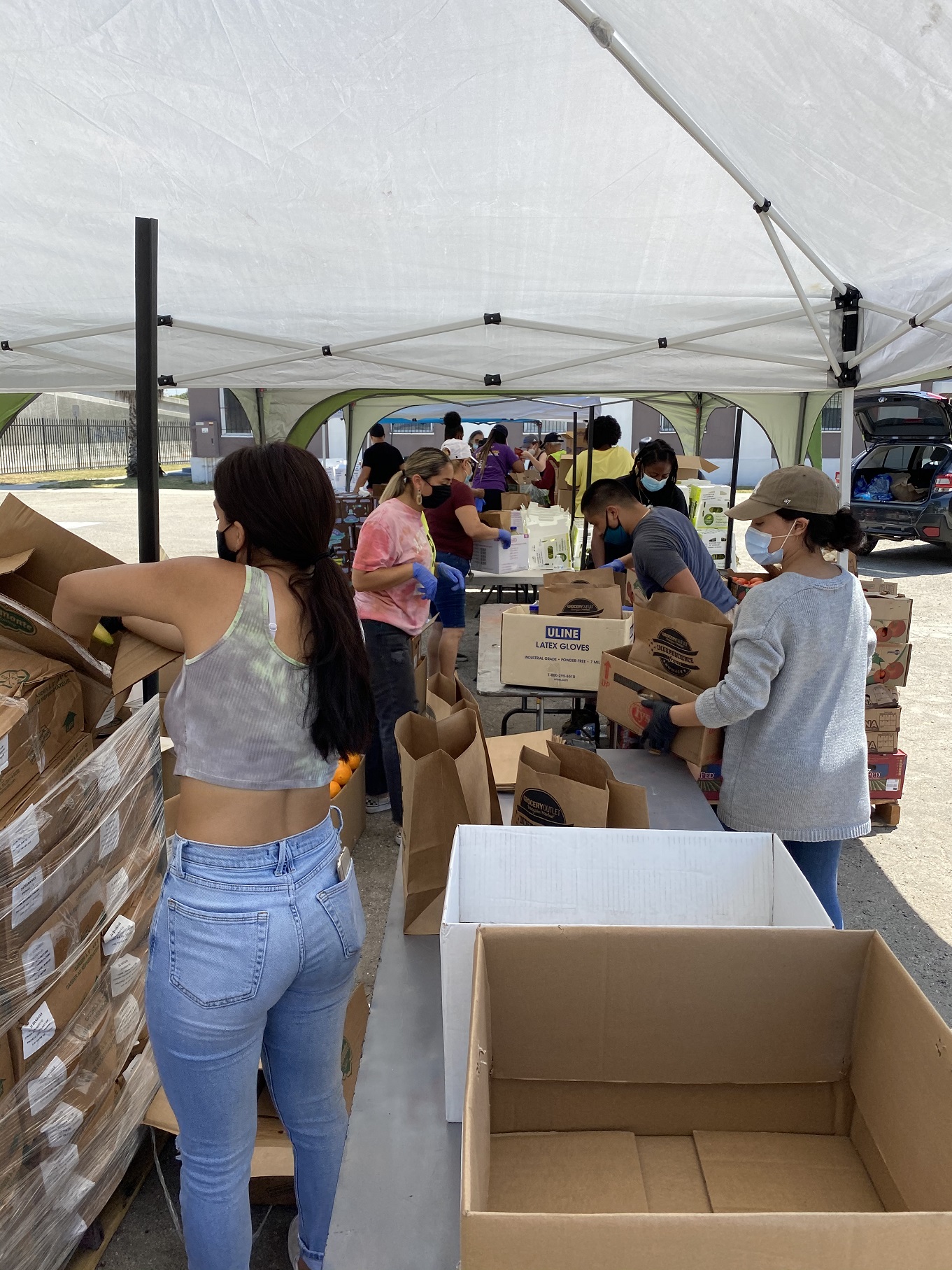 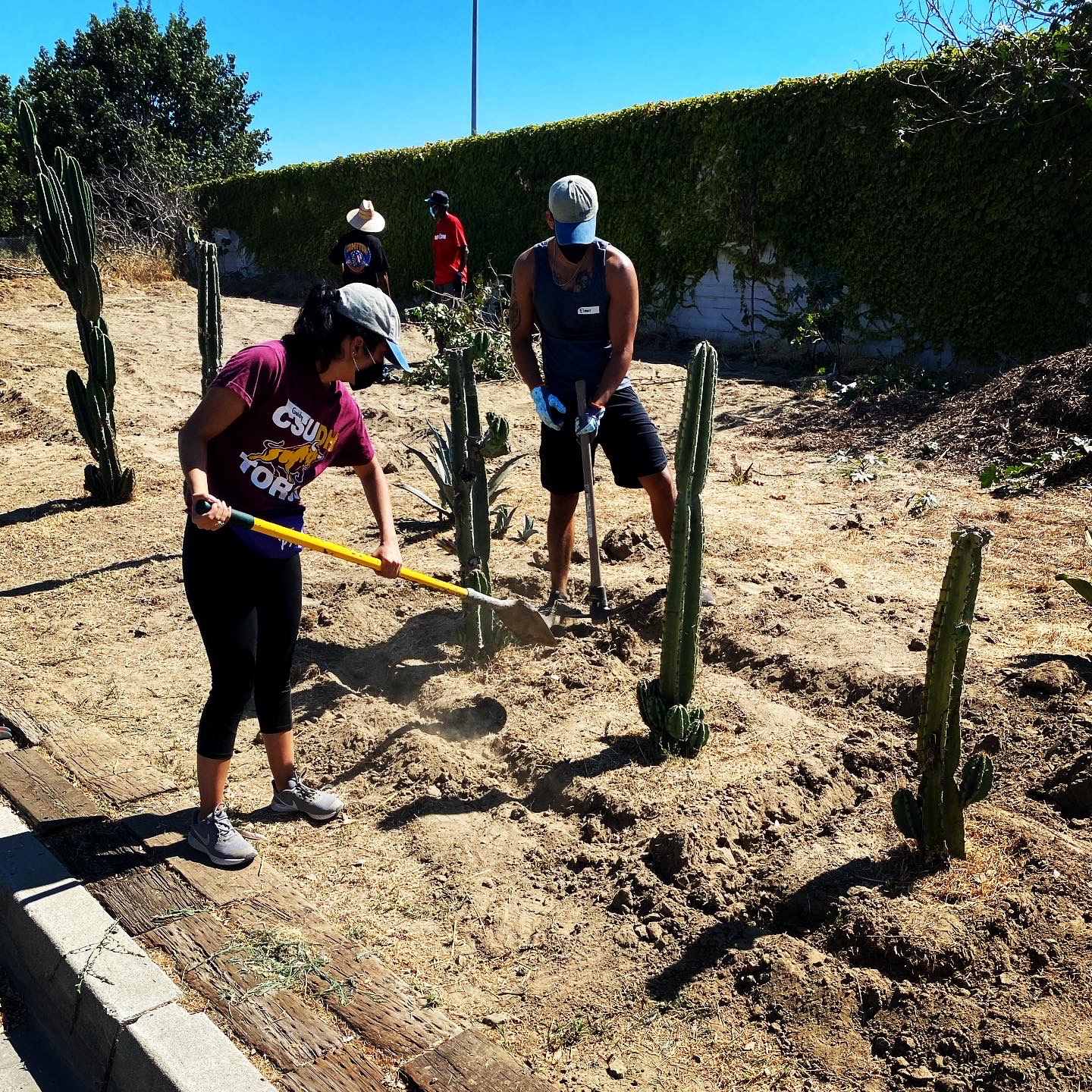 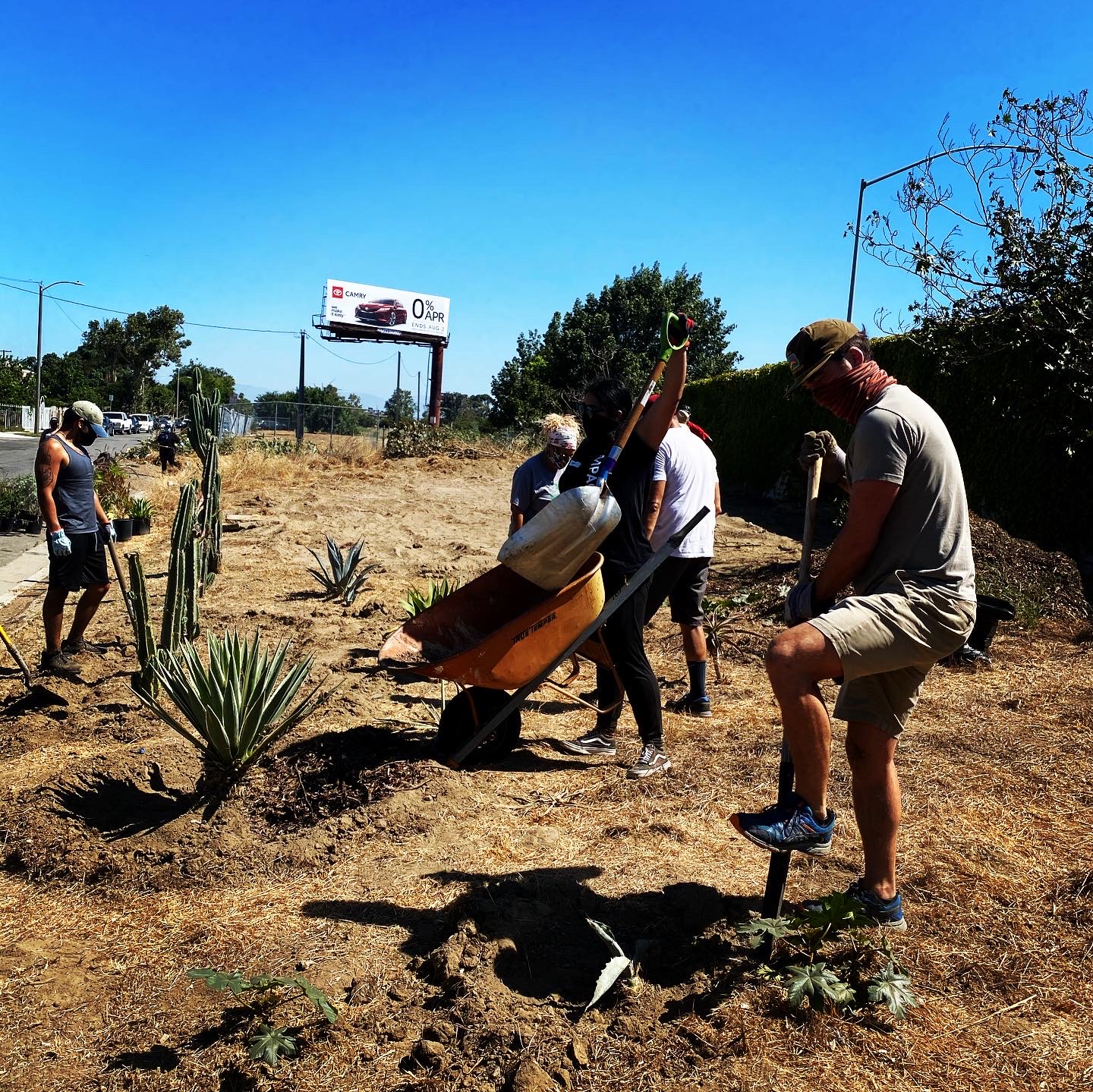 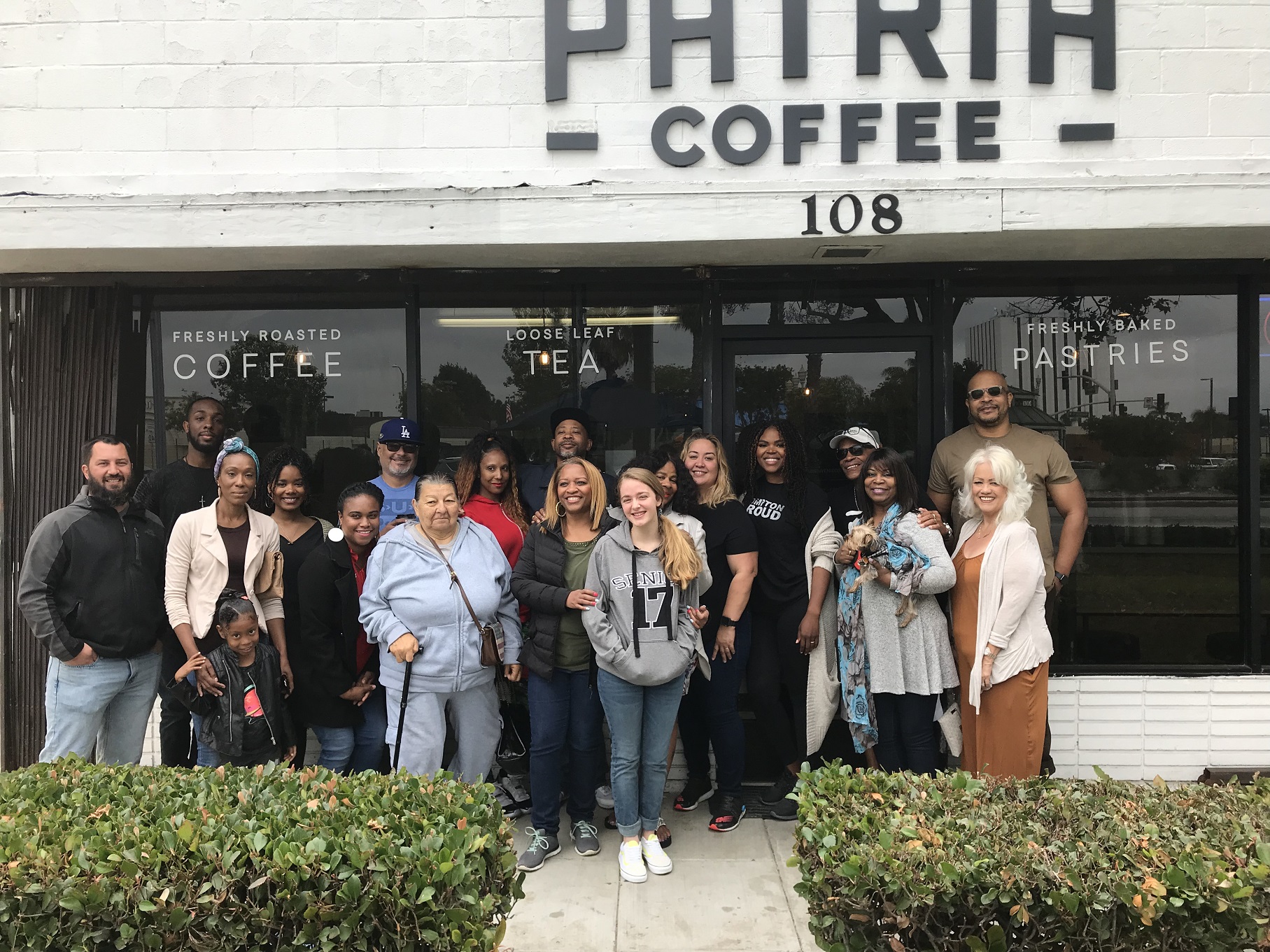 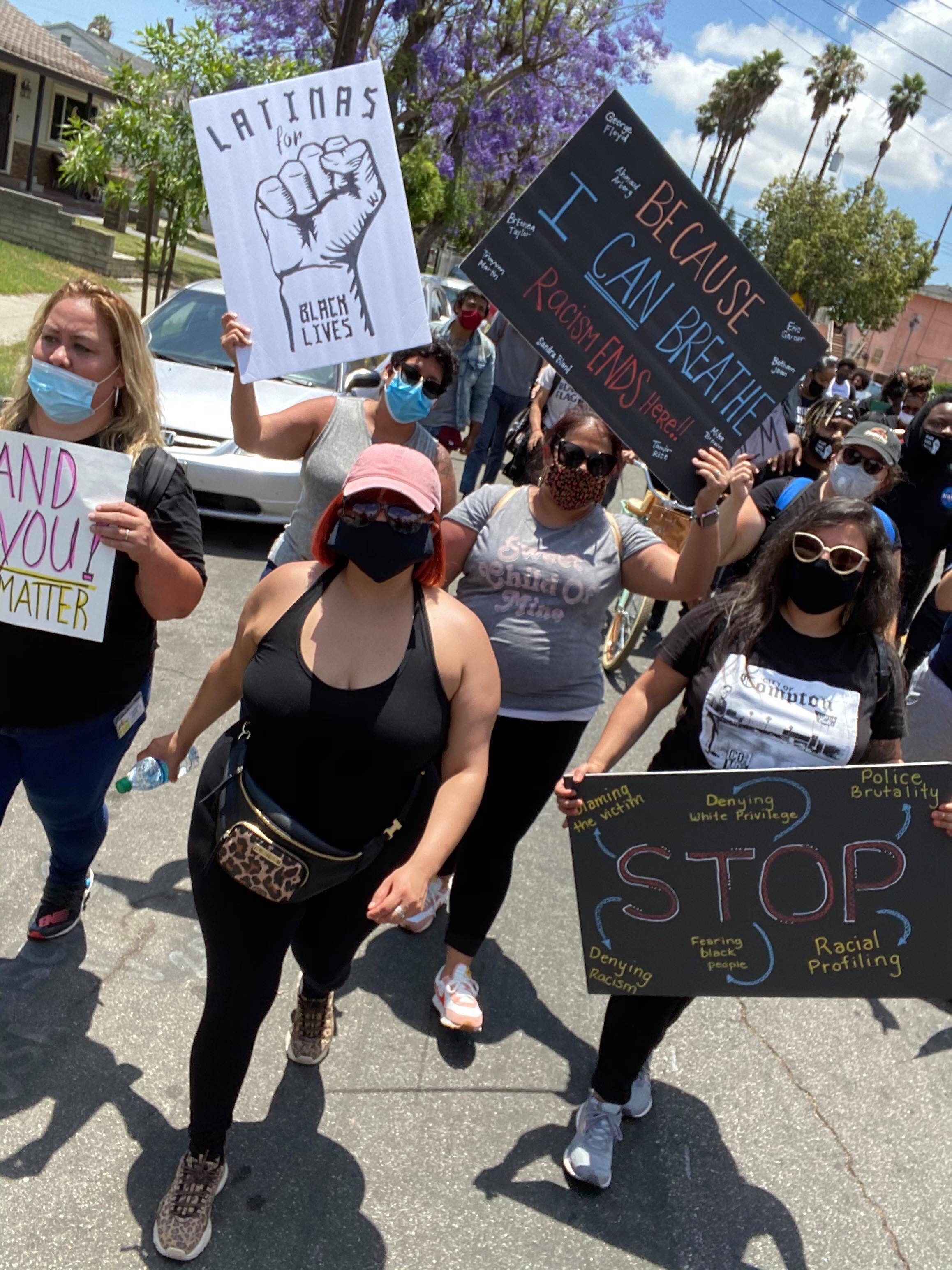 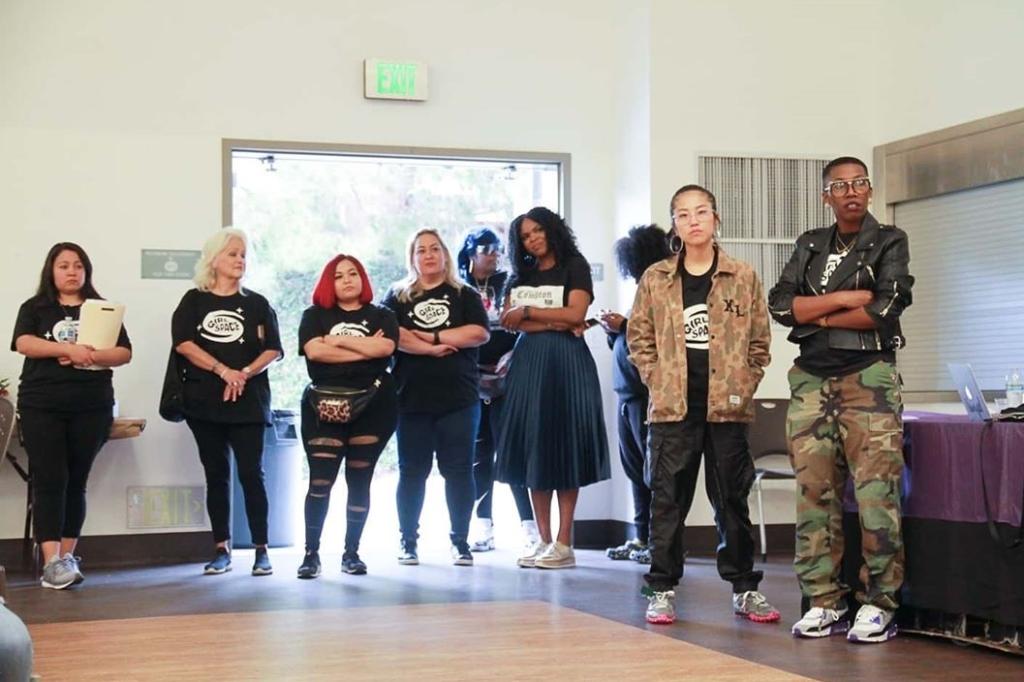 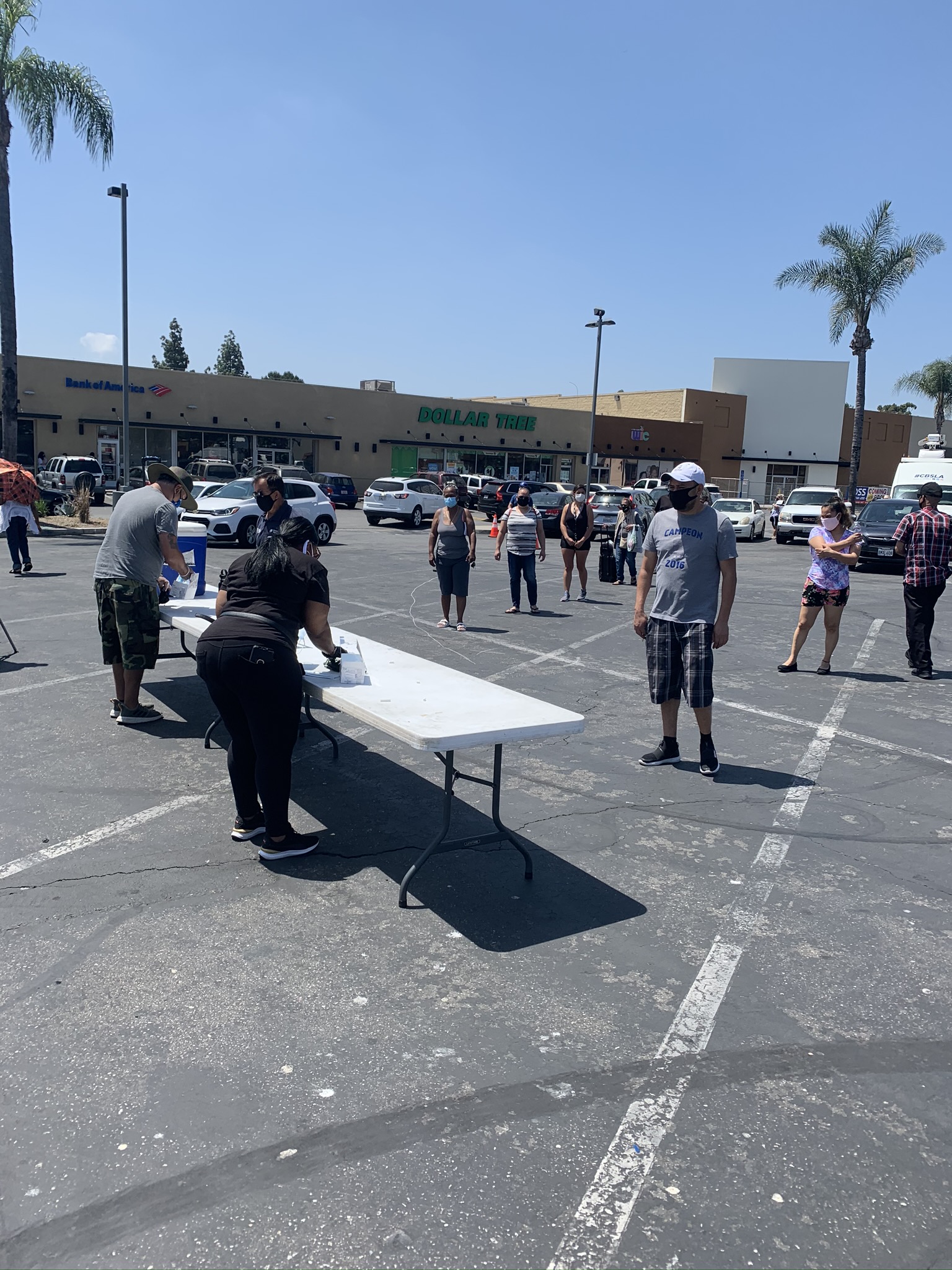 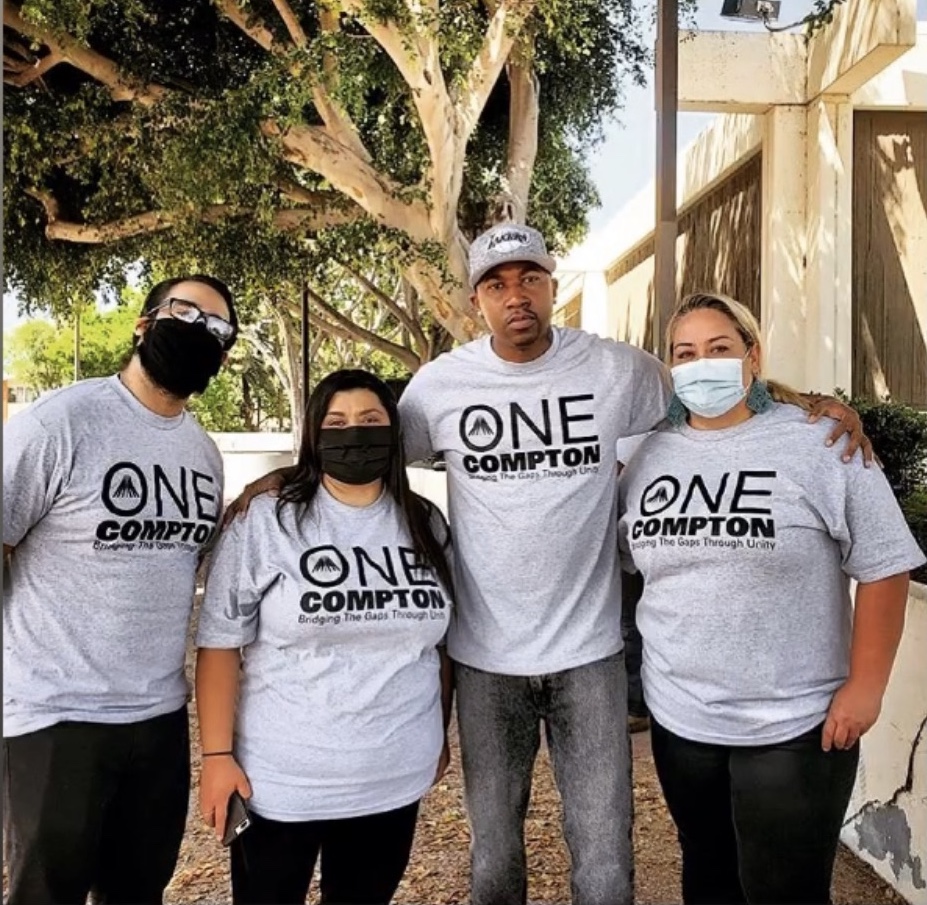 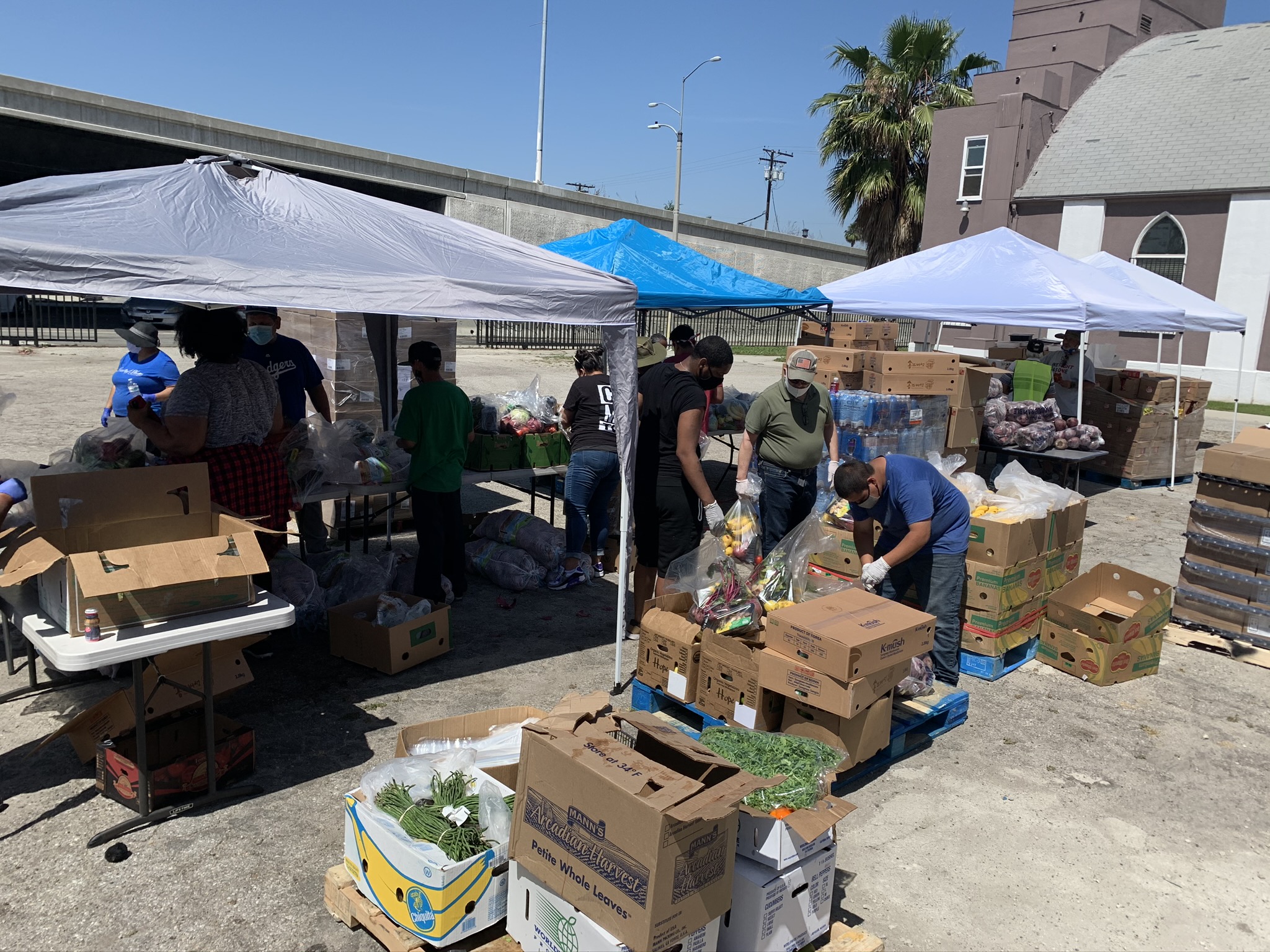 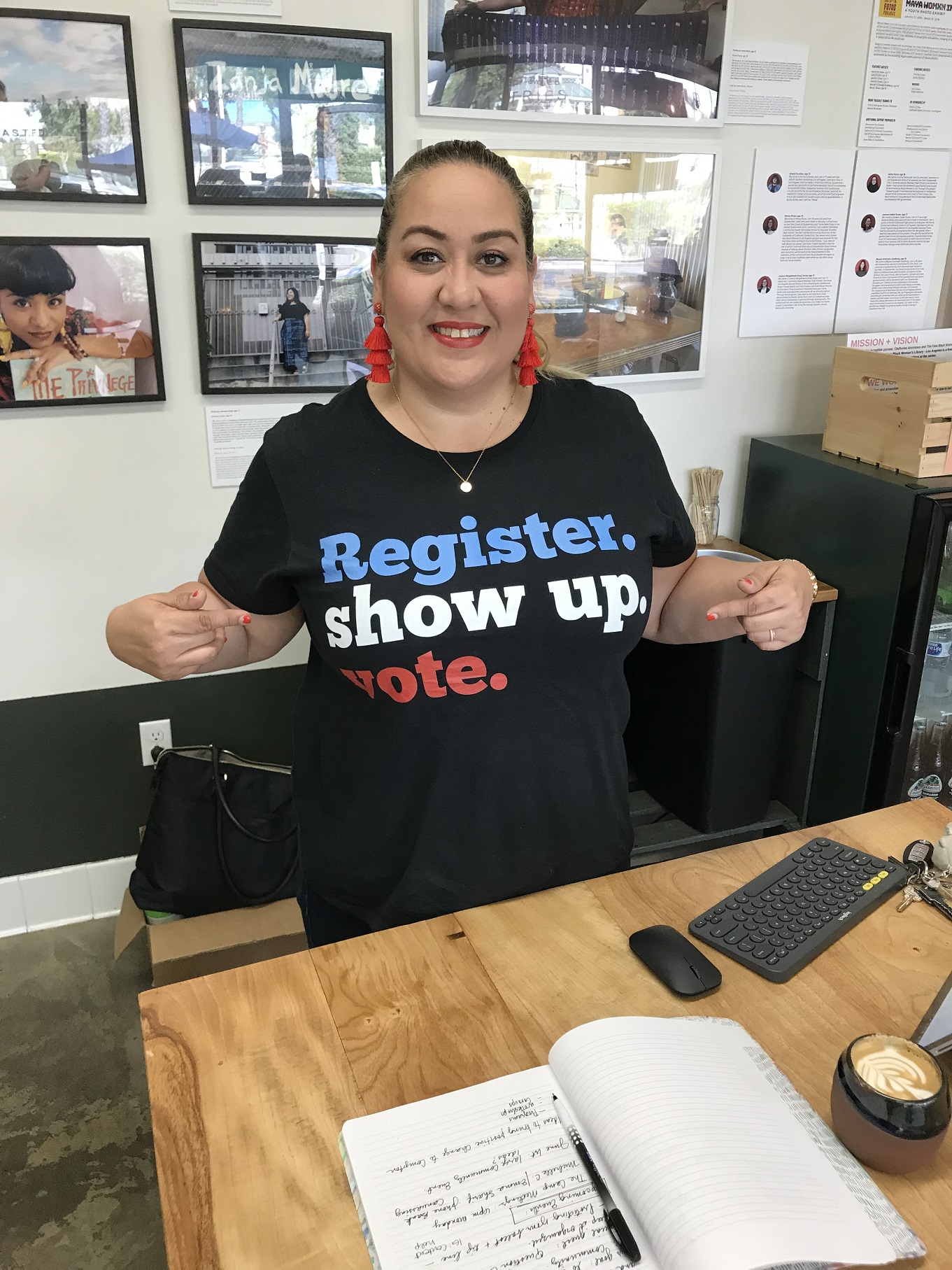 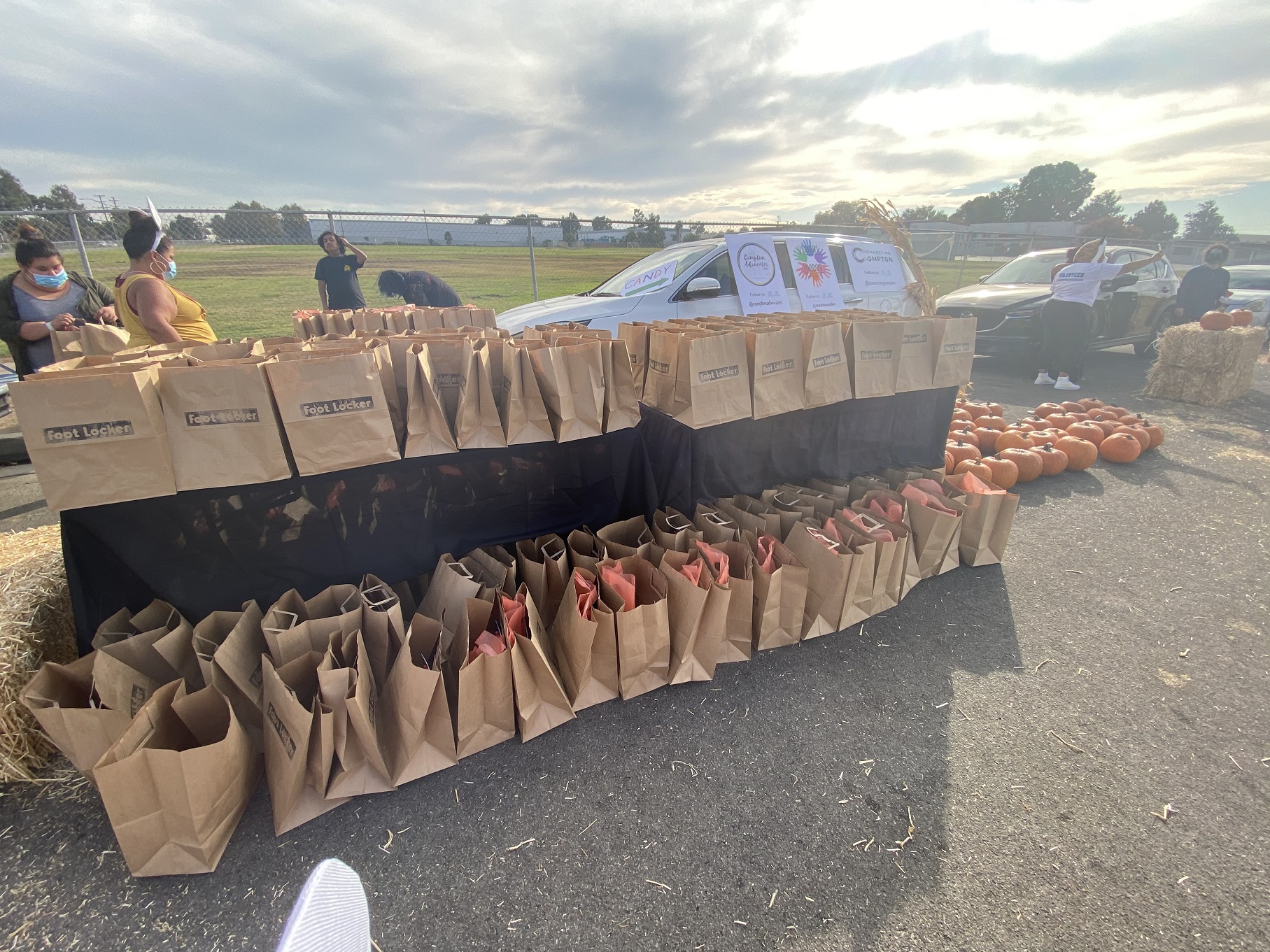 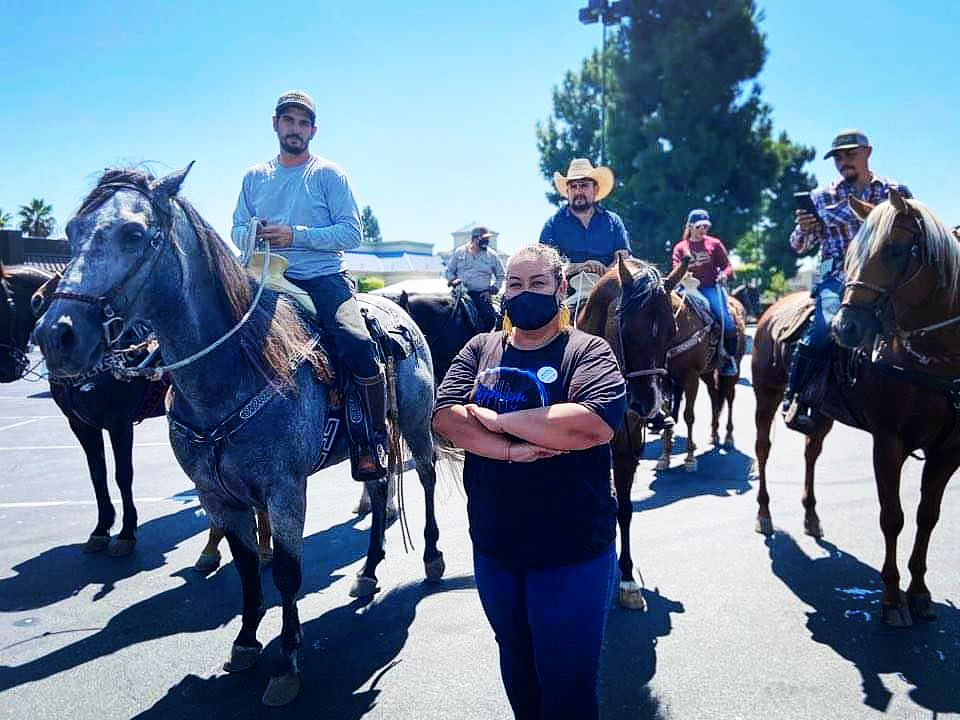 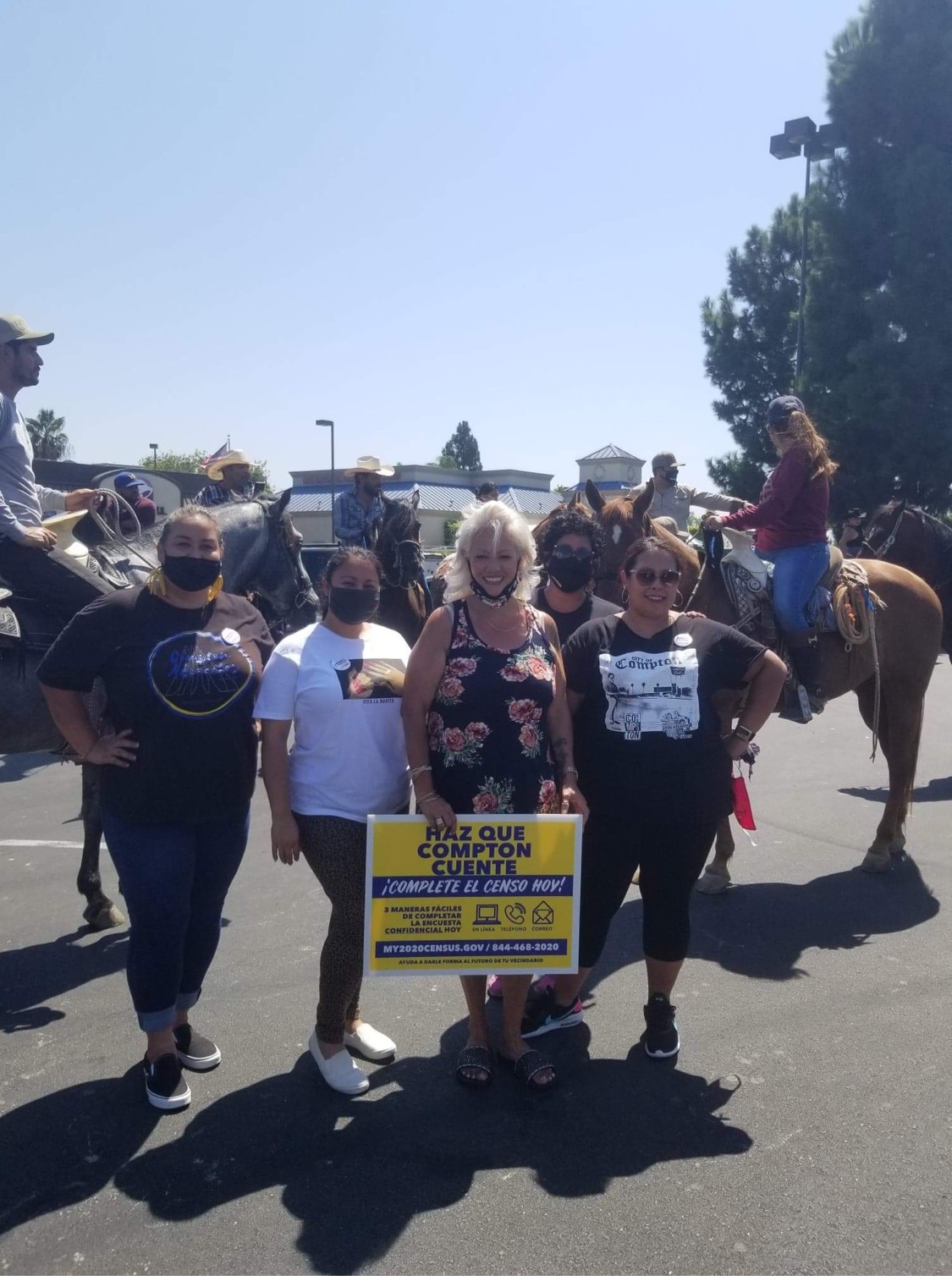 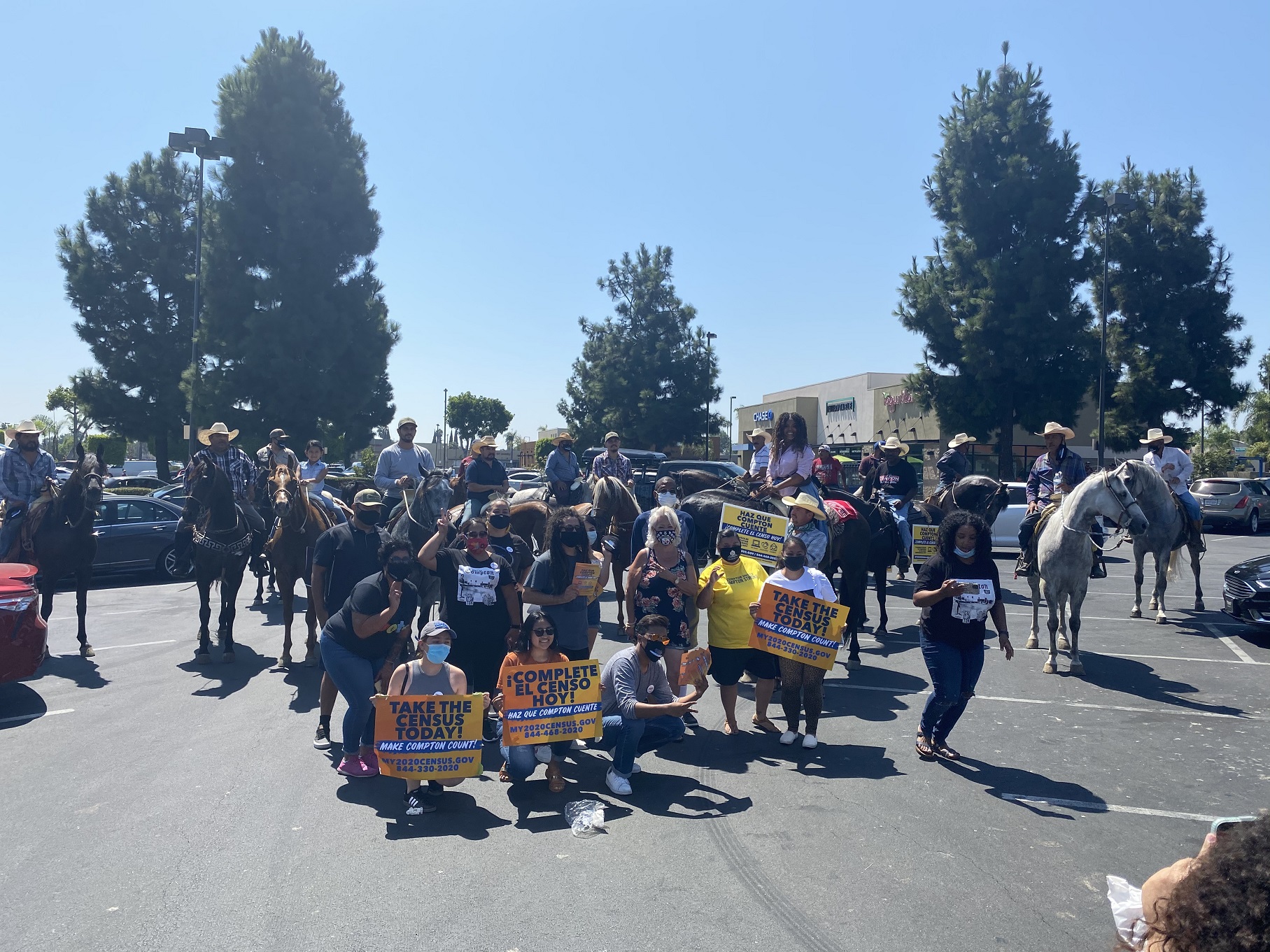 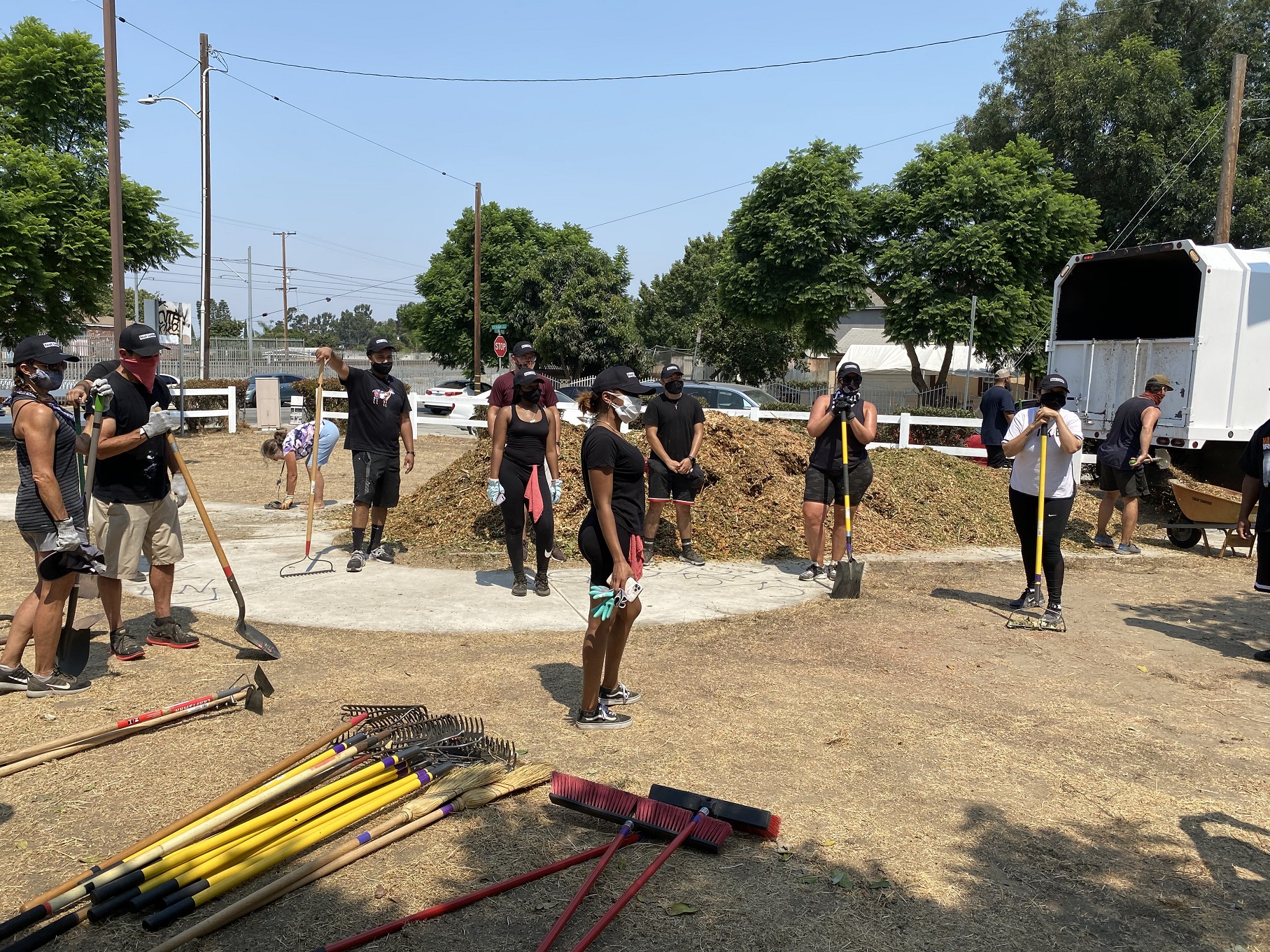 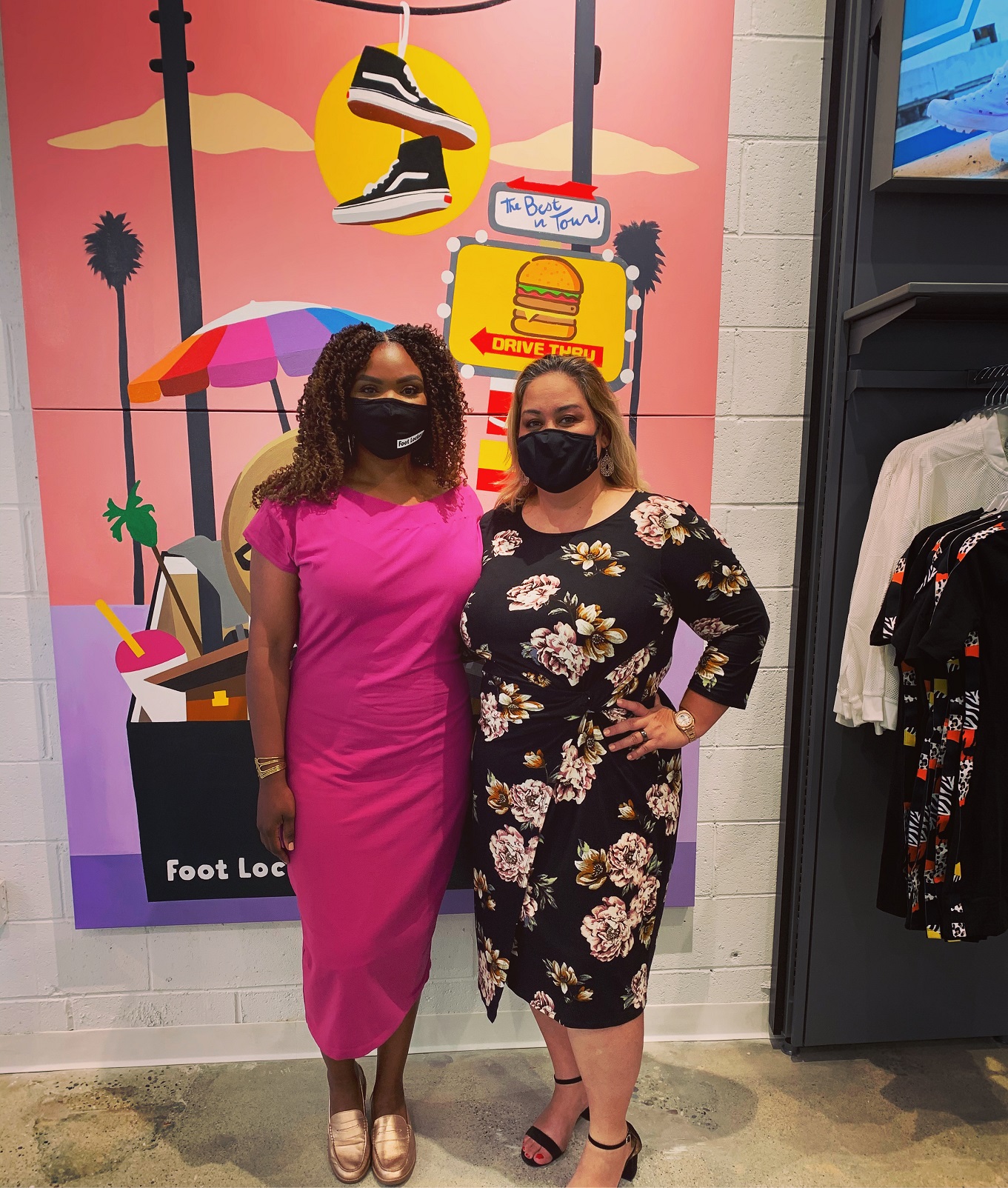