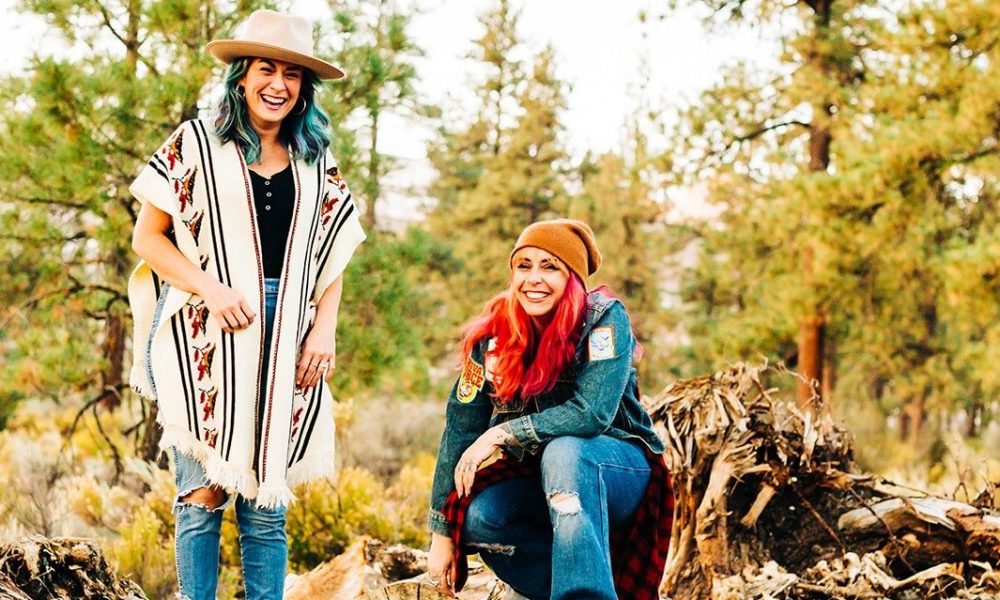 Today we’d like to introduce you to Amy Hawley.

Hi Amy, can you start by introducing yourself? We’d love to learn more about how you got to where you are today?
Five years ago, I was in job site management for a general contractor and ended up working in a mountain town where I spent my summers going to camp as a little girl. The job was long enough to bring my family along for a few months and when it was time to move on, none of us wanted to leave. Idyllwild has a way of slowing down a person’s pace and helping them appreciate life through nature. Conveniences like fast-food and well-stocked markets are left behind in favor of learning to navigate power outages, icy roads, and learning to light fires like a badass. My husband and I quickly decided that there was no other place for us and that we’d figure out a permanent place for ourselves among the mountain folk. I convinced my best friend—Jayne, who was going through her own major life changes—to abandon city life in favor of a life of inconvenience and magic in the mountains. We put our creative energies together and opened @shop.wild.idy a gift shop highlighting American-made goods, independent artists and artisans, and female-owned business whenever possible. Because being self-funded was important, we worked multiple jobs, paying in to keep our doors open. When we were forced to close our doors in May of 2020, we asked ourselves what separated ourselves from our big business counterparts—who were deemed “essential” and left to operate more or less as normal.

We sought out what our local government considers “essential” and then through all of our energy into sourcing those items from ethical, independent makers so that we could re-open our doors without abandoning our values. A month after we re-opened the building next door (an incredibly cool historic building) became available and we knew it needed to be the home of Wild Idy. We also knew that it was way more real estate than we could handle with our current business model and that our previous goal of opening a communal office space was unrealistic, given that nobody seems to want a communal anything thanks to Covid. Instead, we turned our previous shop into an apartment and curated a space that is the embodiment of psychedelic nostalgia for anyone wishing to experience a truly unique side of Idyllwild. Our second vacation cottage is slated to open in the next week and we have found a deep passion for providing guests with a glimpse of Idyllwild’s magic. We no longer have other jobs, we no longer pay-in each month. Our startup finally started and it’s been as terrifying and exhilarating as one would expect.

Would you say it’s been a smooth road, and if not what are some of the biggest challenges you’ve faced along the way?
No road worth traveling is a smooth one… or so we are constantly reminding ourselves. In the few years Wild Idy has been open, Idyllwild has suffered the Cranston Fire which burned thousands of acres of forest, took out a handful of homes, and evacuated the whole mountain, as well as a massive flood on valentine’s day of 2019 which washed out the two of the three highways leading into Idyllwild, crippling tourism for the next nine months. Once we finally got our rhythm, we were shut down due to Covid! Add to that associates and partners lost along the way… start-ups require an inhuman amount of tenacity and grit in order to actually get off the ground and we feel these obstacles largely define who we are—badass bitches able to overcome any odds stacked against us!

We’ve been impressed with Wild Idy, but for folks who might not be as familiar, what can you share with them about what you do and what sets you apart from others?
Idyllwild is a magical forest village about 90 minutes outside of Los Angeles. It has been a summer vacation destination for hundreds of years–first for the native Cahuilla tribes and later for loggers and early California settlers. The entire (unincorporated) town is made of small, mom-and-pop businesses and much of the magic derives from the changing seasons, something abundantly lacking in most of Southern California. Idyllwild was the home of Timothy Leary, who made giant batches of the infamous Orange Sunshine acid strain right on the mountain, giving birth to a counterculture in the community that would go on to help define the Idyllwild experience. Elvis filmed Kid Gallahad in Idyllwild, which looks largely unchanged from the way it did in the film. The opening sequences of Bonanza were filmed at beloved, historic Garner Ranch.

We started Wild Idy as a way to tap into the history and culture of our beloved community. We wanted to keep the psychedelic counterculture alive and trippin’ on the mountain and we wanted to celebrate that culture through the support of independent artists and makers. When we opened our shop, we had full-time jobs and paid in monthly to keep the place open. We were determined to be a self-funded start-up and we stuck with it when everyone else thought our side-hustle was some sort of hobby. We built a brand that celebrates embracing the intangible by supporting strong women, diversity, artists, and dreamers. Through our alternative gift shop and vacation cottages, we’ve carved out a piece of the Idyllwild experience and have found passion in sharing it with others–both visitors and locals alike.

What were you like growing up?
Jayne and I met on the school playground as ten years old. While we come from drastically different familial backgrounds, we’ve both always been outspoken, “I’m not for everyone” type of women. It wasn’t until adulthood that either one of us embraced that not being for everyone is a good thing and that trying to please everyone will get us nowhere. 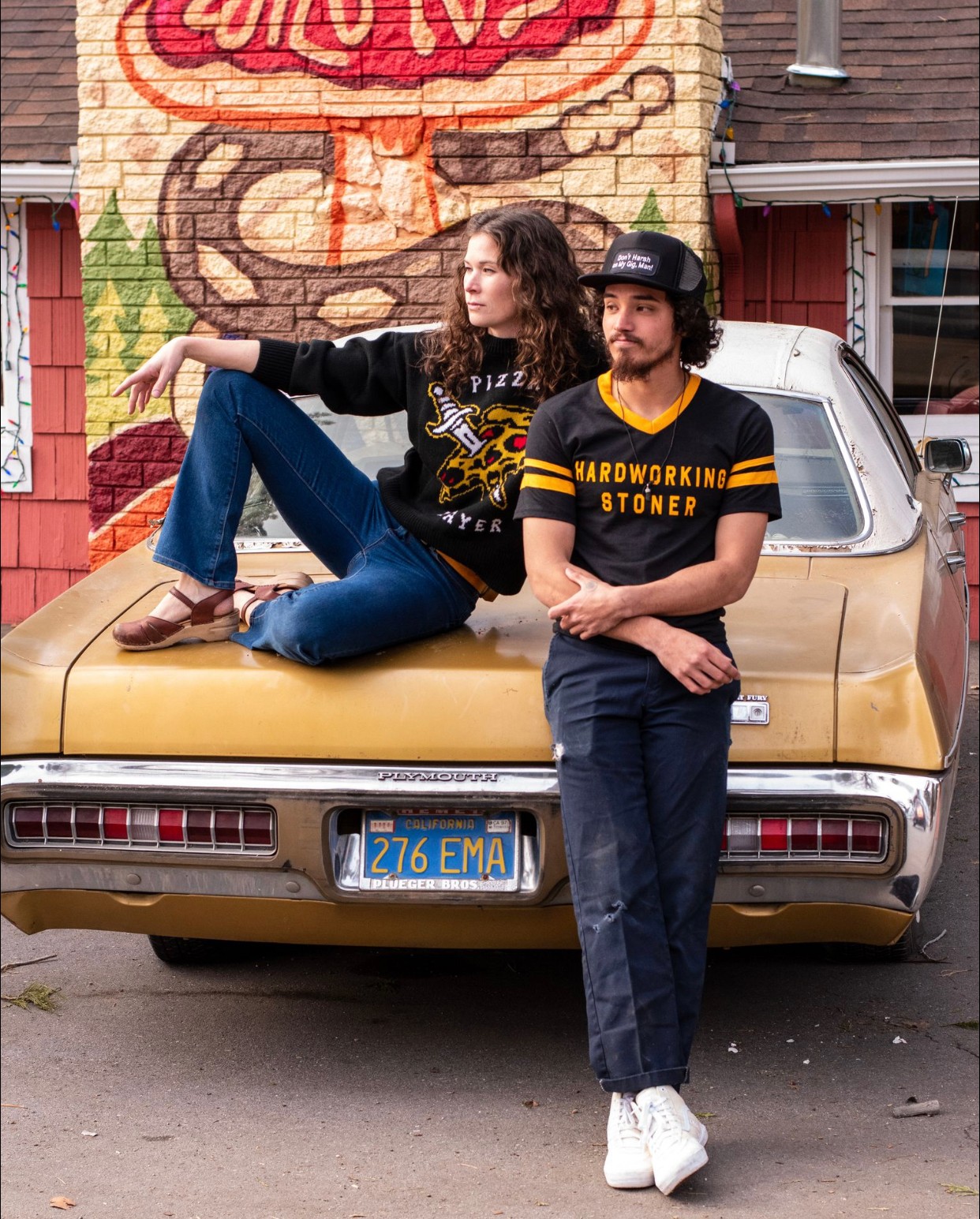 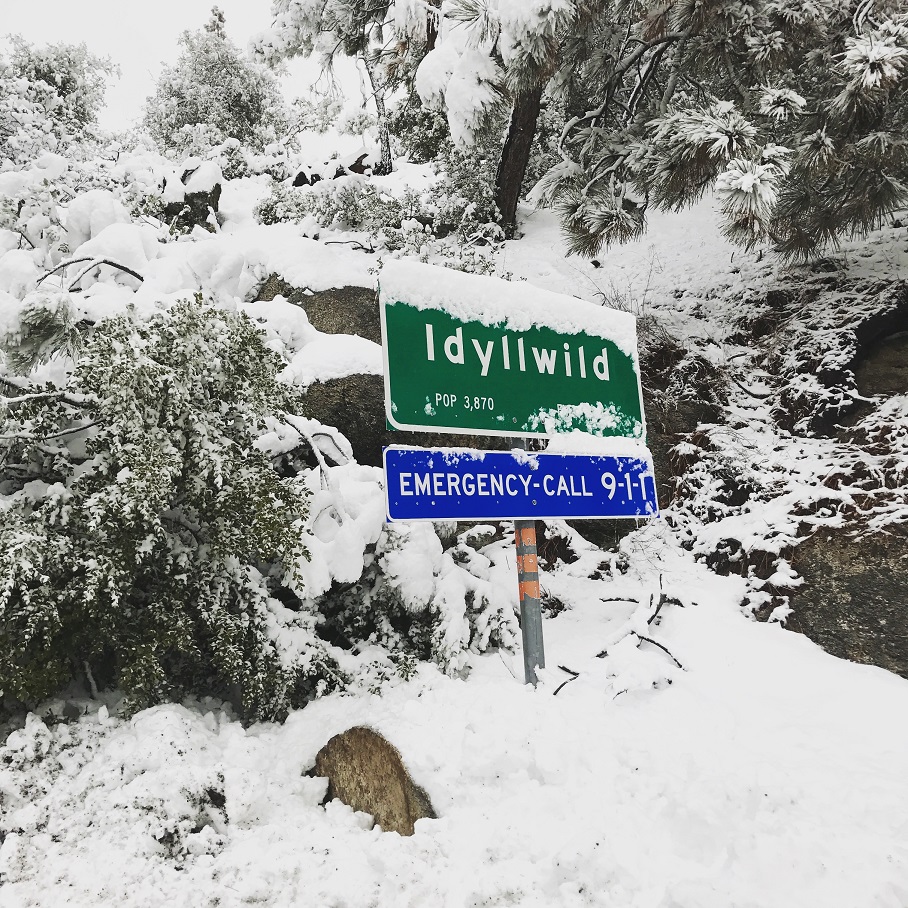 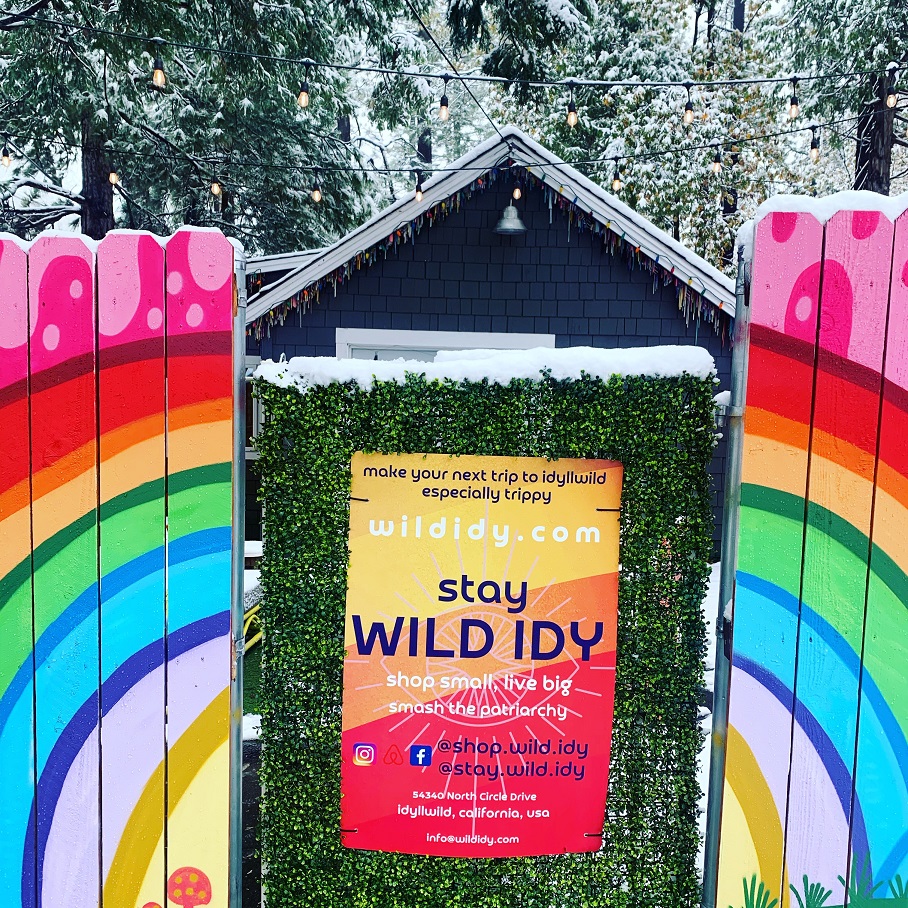 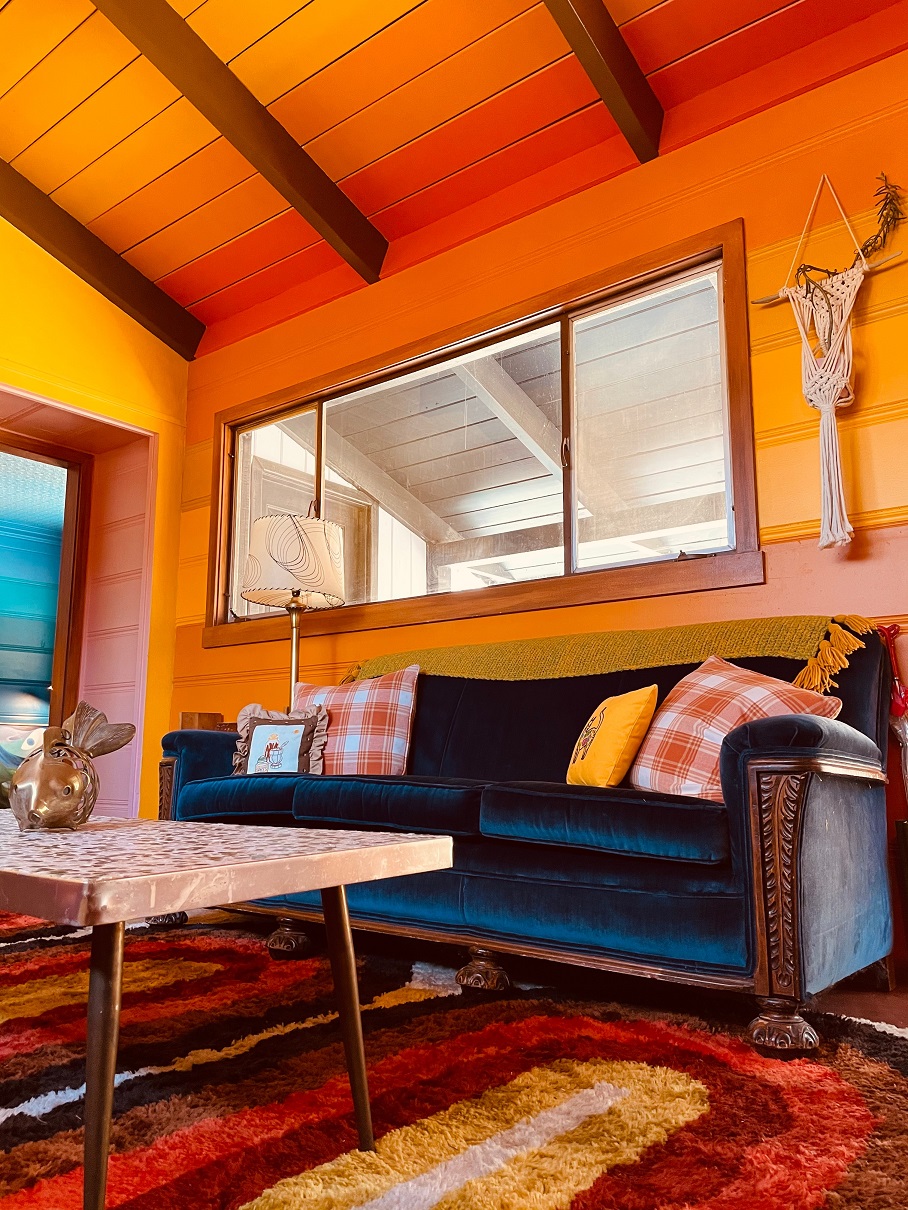 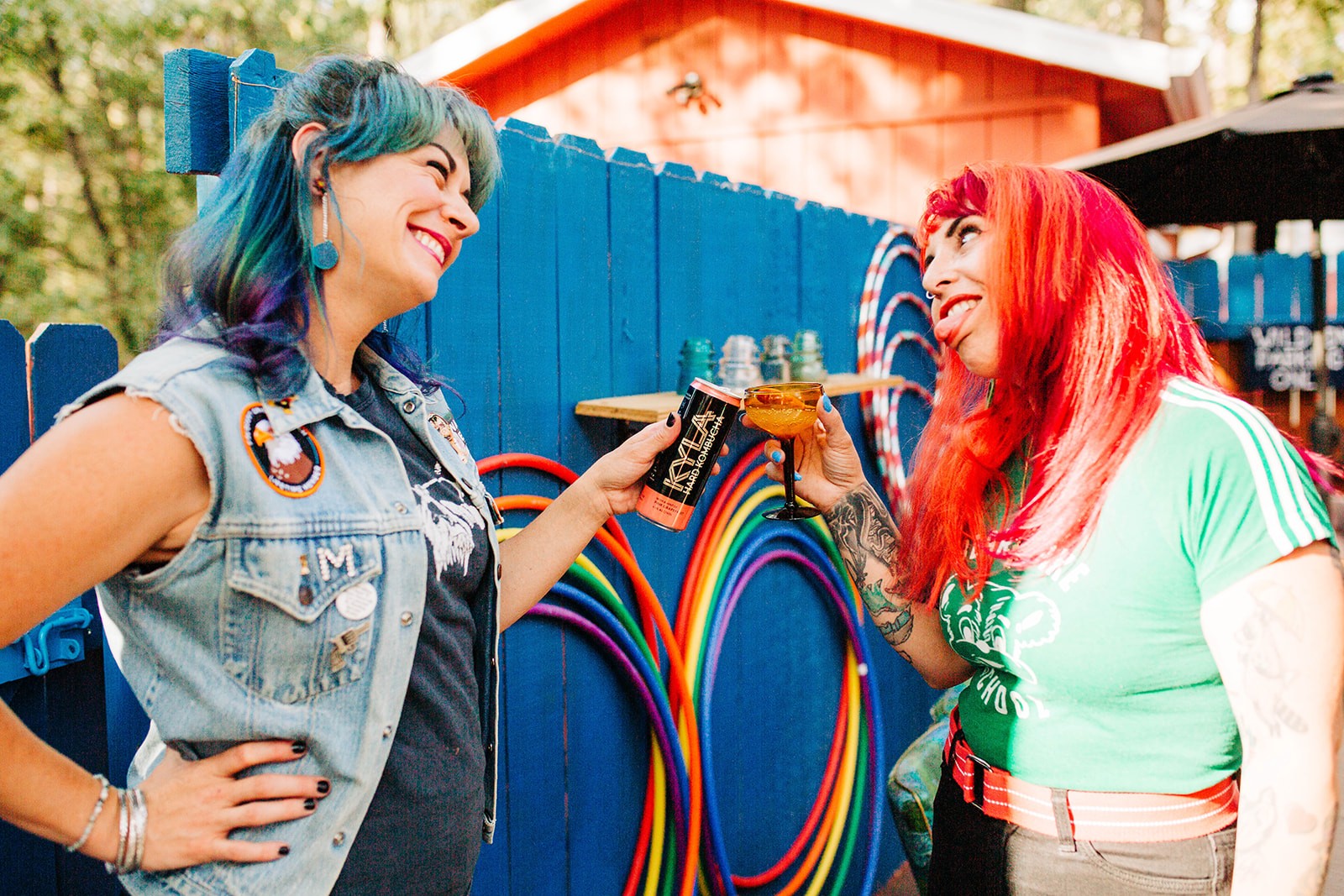 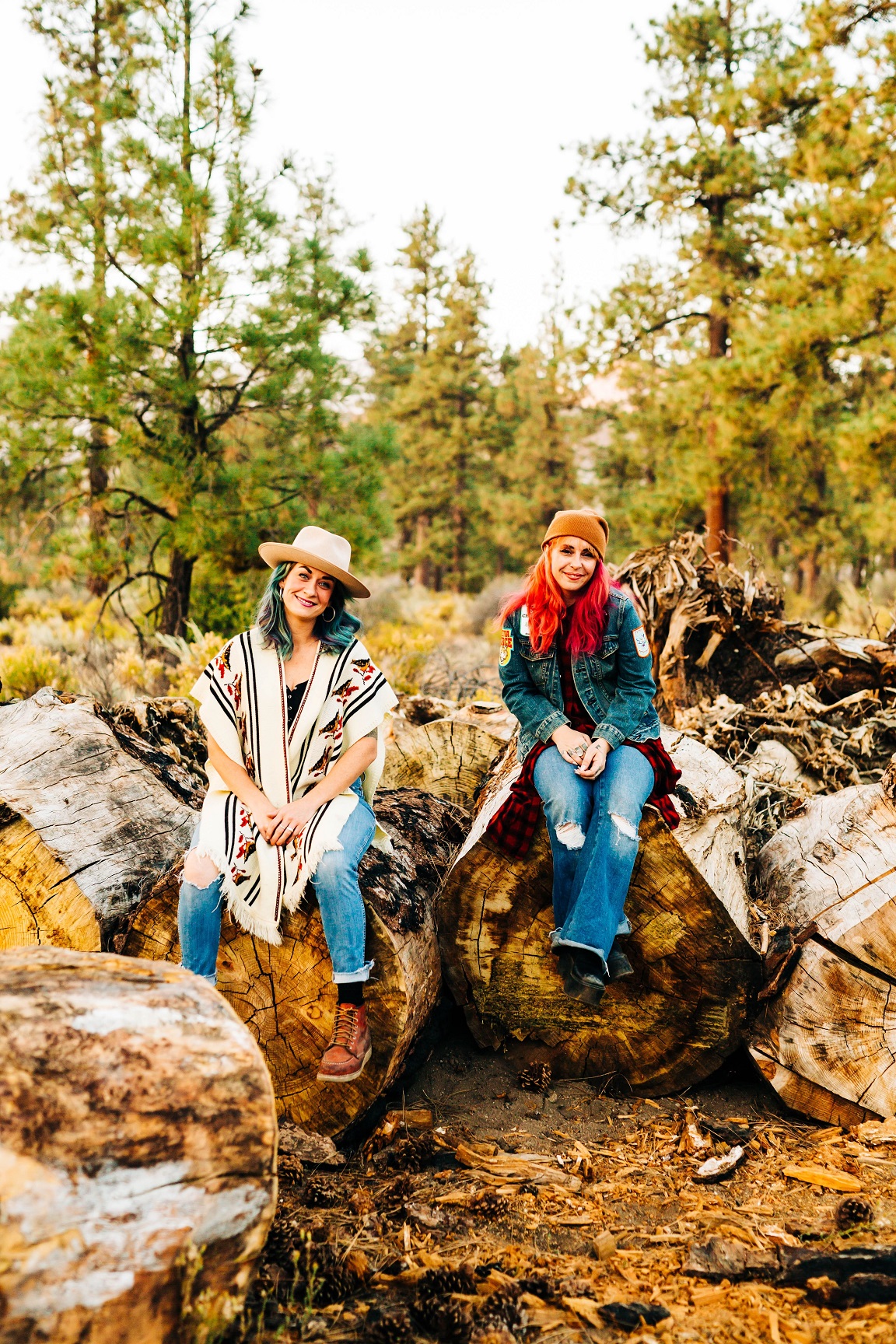 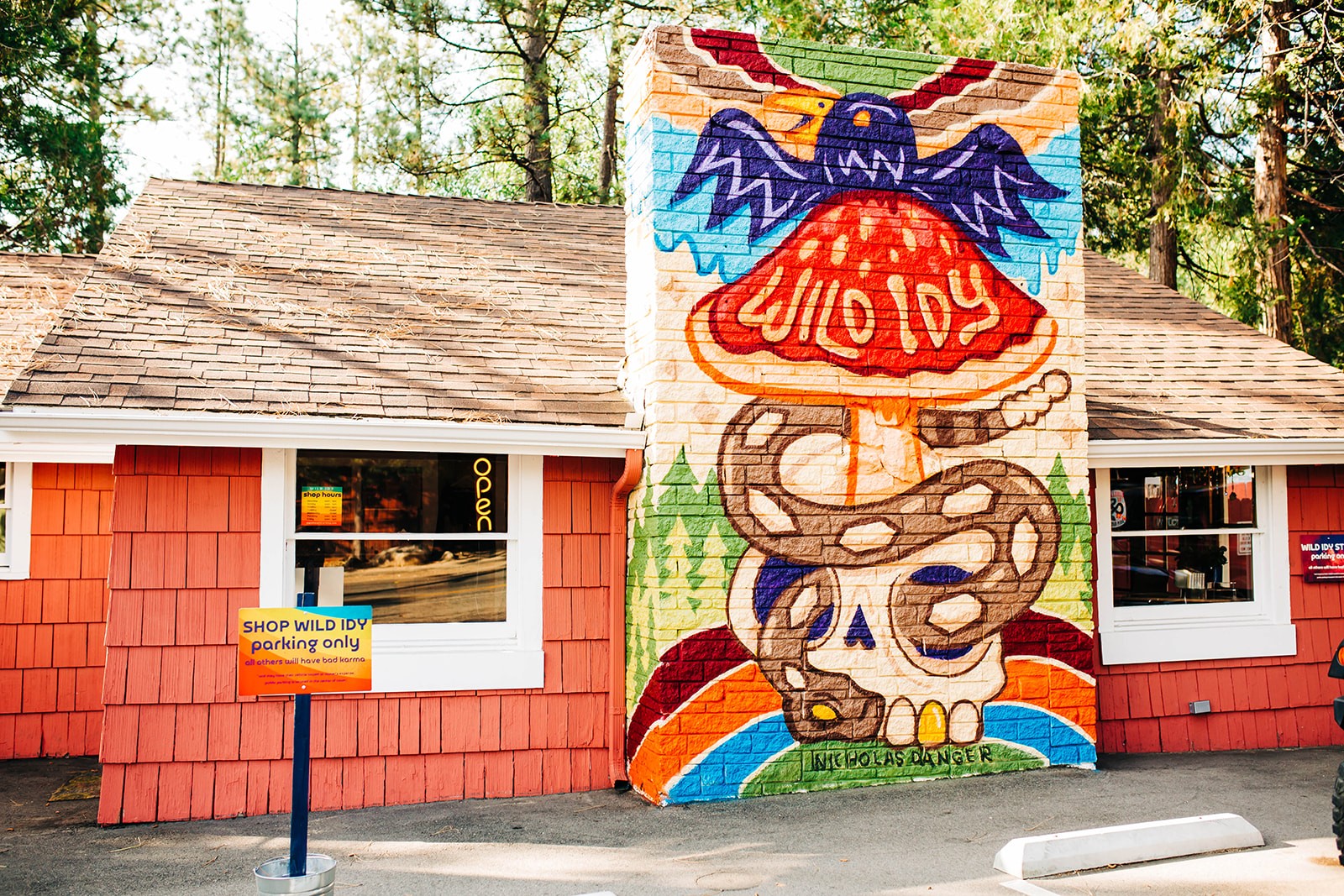 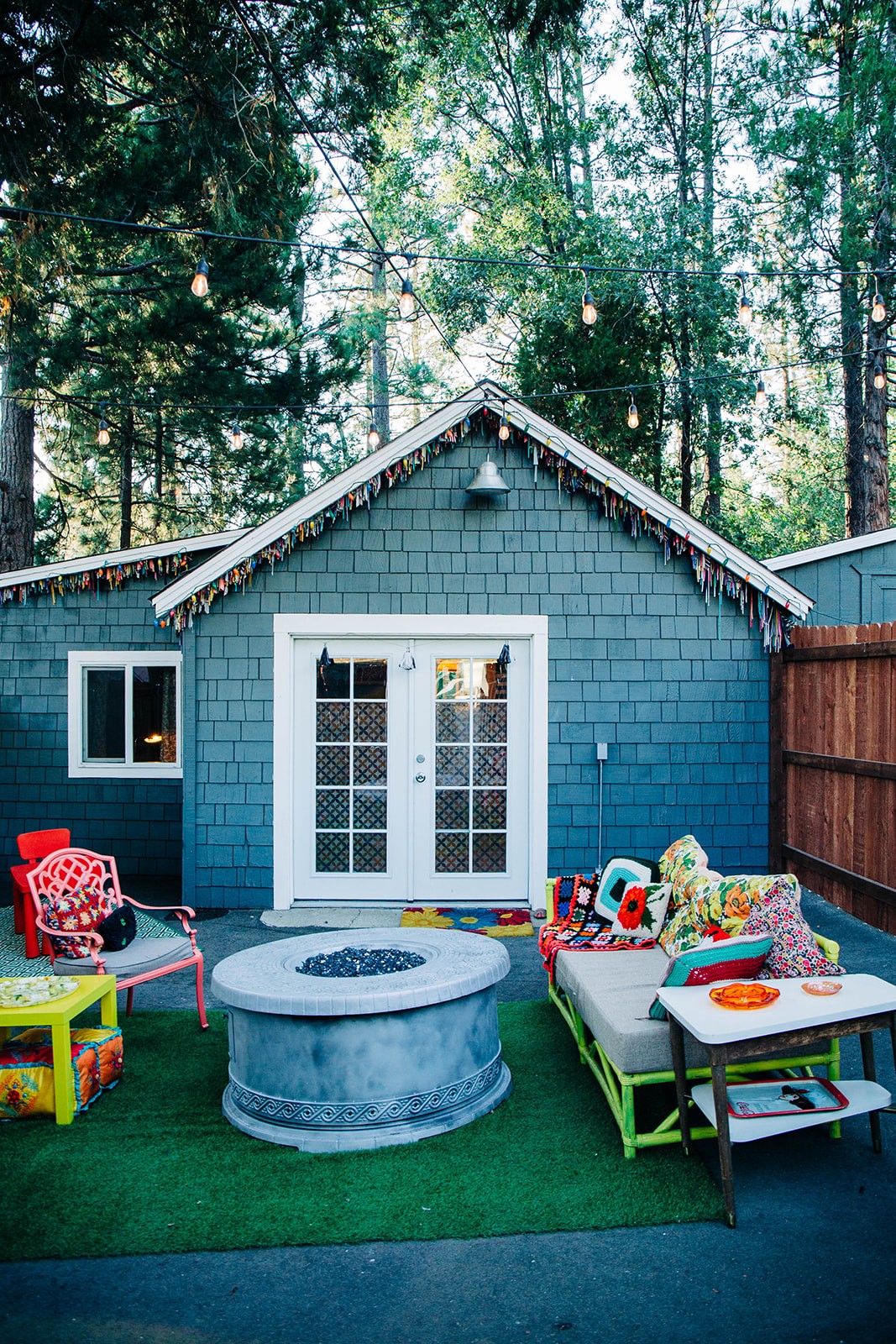 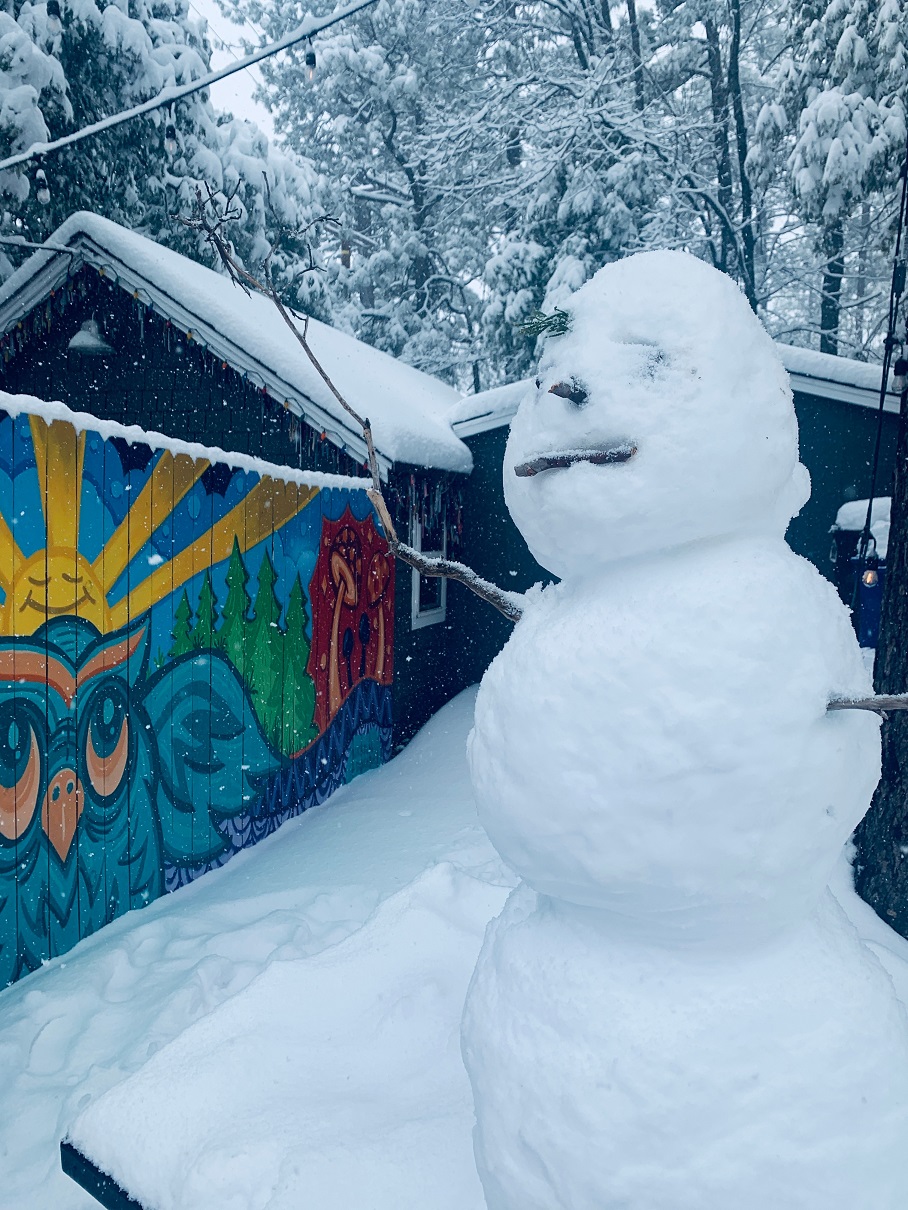 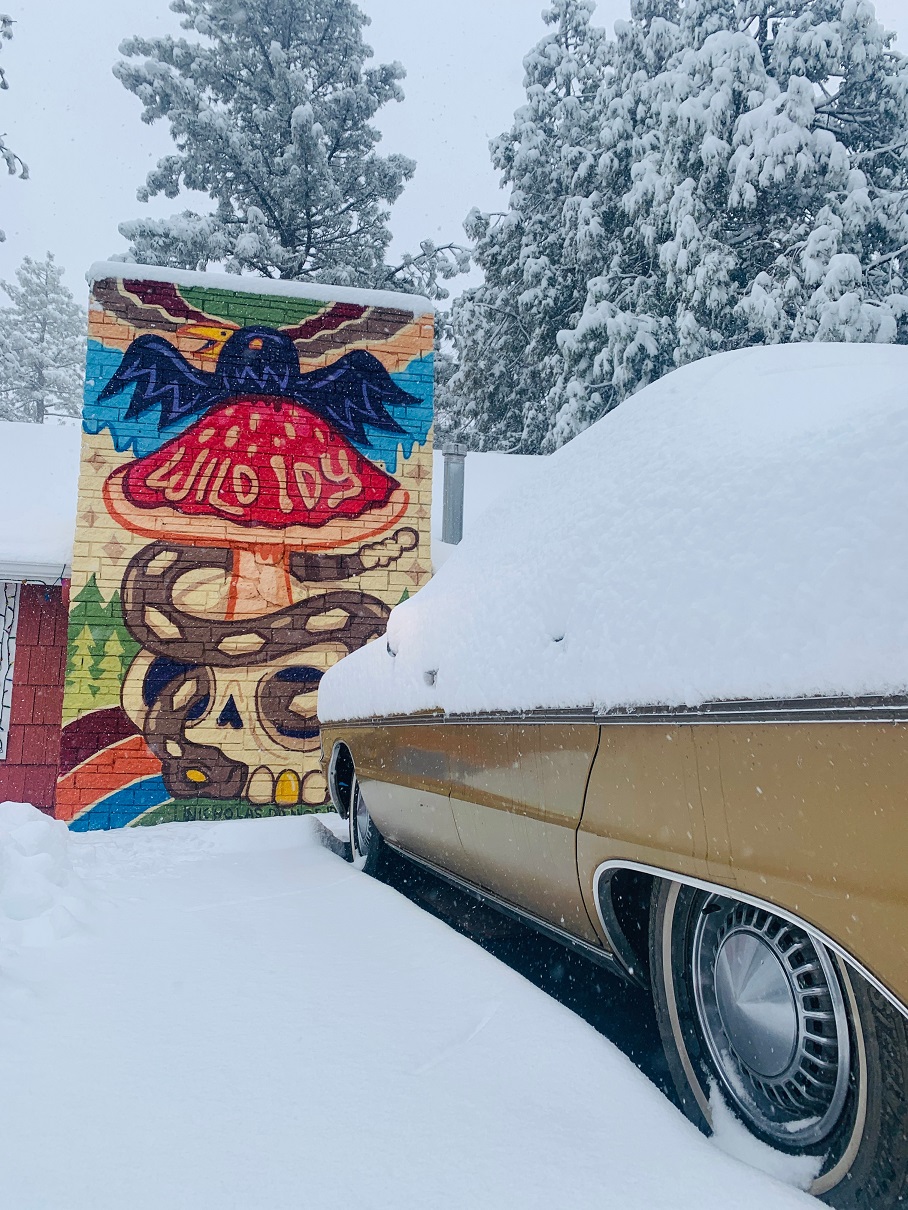