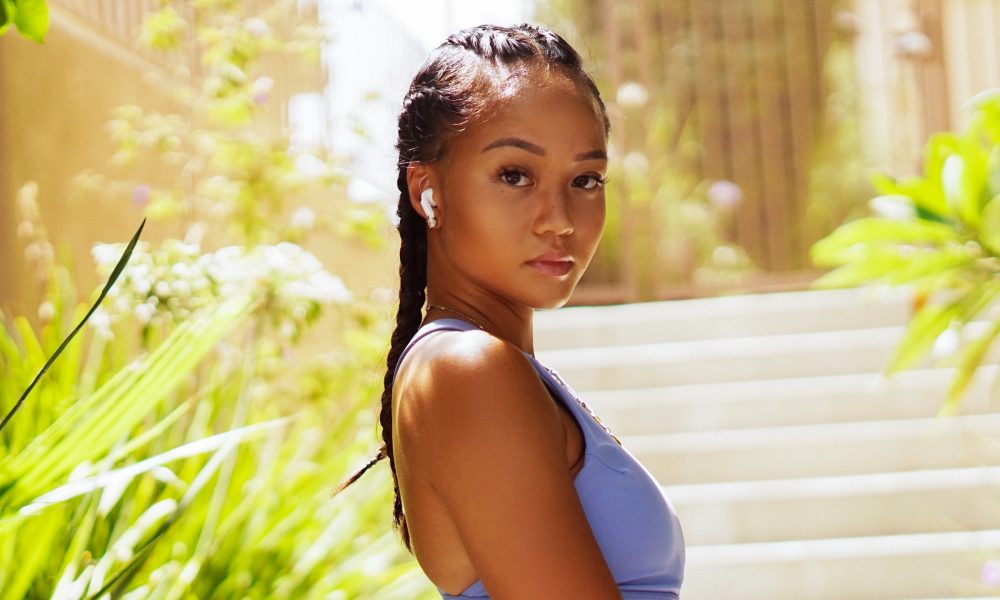 Today we’d like to introduce you to Thu Nguyen.

Hi Thu, we’d love for you to start by introducing yourself.
In 2012, my dad had his left leg amputated due to a blood clot near his knee. The doctor told us that it was mainly due to his long-time degenerative diseases that were also able to be reversed or treated by change of lifestyle habits and diet. Thats when I knew I wanted to declare my major for my Bachelors to be Dietetics. I was able to learn the science behind how food functions in the body, the different uses for specific foods, the different nutrients and vitamins that the body needs to upkeep, etc. As I was learning, I was helping my dad incorporate and changing his diet slowly, but it is hard to change a Vietnamese diet and also an old Vietnamese man that is stuck in his ways…

I initially started training my 2nd year of college after a breakup (cliche, I know). I wanted change for my body image, and as I was getting the knowledge behind what to eat to get there, I decided to also weight lift to get there even quicker and stronger. After a year or so, my peers and friends noticed the change and started asking for help and I started to train them as well for fun on the side.

I moved out to Los Angeles two weeks after graduating from Indiana University in 2017 and not getting accepted into the Master’s program that I wanted at the time. I was unsure of what my next step in life would be, I just knew I needed to get out of Indiana, and my best friend suggested me to take the leap. Leaving my family and moving out alone across the country was hard, but I knew I could be bigger and evolve more elsewhere. I decided to take a year off from school and figure out what I wanted next. When I first moved to LA, I was a travel temp for apartment leasing offices around the city (that was the job I had throughout college). After a few months, I decided to get back into training. I started to train a few friends for free and they started to promote me to be able to build my business. I started to get inquires from people interested in training with me, but because I was not at a gym location, I traveled to all of them or trained at the parks nearby. My rate at the time was $30/hr which is ridiculously low for trainers in LA, but because I was still building, I was not worried about that aspect yet; so in order to survive in LA, I needed another job on top of my leasing job and my training, so I started to do food deliveries every evening for about six months. Long story short on that end, I put at least 20,000 miles on my car that year.

The year 2018 arrives, and things were starting to pick up. I got a full-time position at a high-end corporate gym as a trainer and quit my leasing job and doing food deliveries. I was at this gym for roughly eight months, got a promotion and quit within two days because I hated working under somebody. Within those eight months there though, I built a few lifetime connections with some amazing people who were also clients and they followed me out the gym as well and I still work with them to this day. I started being an independent contractor at a sports performance gym near my house and this is when my career honestly begins.

Being in a sports performance gym, you’re constantly surrounded by people who are there to get better and peers that have greater knowledge to get them there. I was a sponge in that facility and started to fall in love with movement. I then decided to reapply for a Master’s, but this time for Kinesiology with a focus in sports performance and orthopedic rehabilitation.

The following year, my dad passed from what was initially thought to be a heart attack to then find out what was yet another blood clot in his chest that was caused by the same thing when he got his leg amputation. I sort of took a fault at this for moving so far away and not being able to monitor his health and eating habits as well as I was when I lived near. I beat myself up for the next few weeks after the funeral but knew I couldn’t live in fault for long; so I turned that energy into wanting to help out the rest of my family and as many people as I come across by the use of my knowledge and integrity. HE is what put the flame under me. HE is my light that has always guided me. MY DAD and my family are the reason I do what I do today.

Fast forward to 2020, I got approached by an assistant coach in the NBA saying that he has watched my work for a long time now on Instagram, and him knowing my background gave me the opportunity to work with a few NBA players. Initially going into the opportunity, I knew that I did not know much about basketball besides the basics but I was ready. It is now 2021, and I have fallen in love with the game of basketball by being around the atmosphere, watching hours upon hours of film, learning the movement, watching the players practice, practicing and playing around myself to get familiar, etc. I tell this last part of the story to say that building genuine connections can open doors that you would never have known to open. Currently being in a very male dominant industry, it makes my job as a woman THAT much harder to be recognized. Still being so young in this industry, I have time to declare and will declare myself as a recognized woman in the industry.

Thanks – so what else should our readers know about your work and what you’re currently focused on?
Specialty: sports performance, injury prevention and nutrition

Known for: mobility and sports performance

What does success mean to you?
I define success by the amount of people I inspire and leave a mark on. 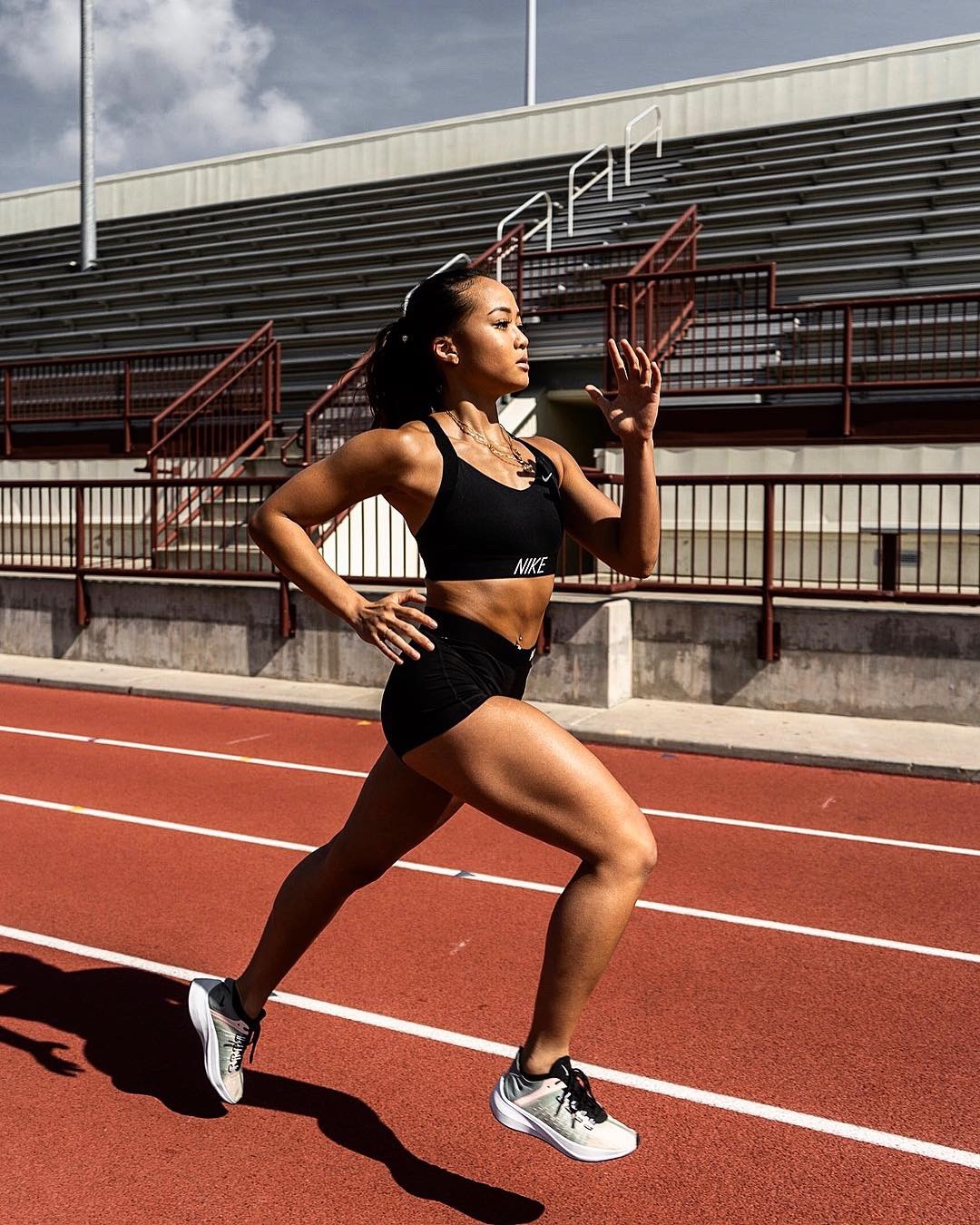 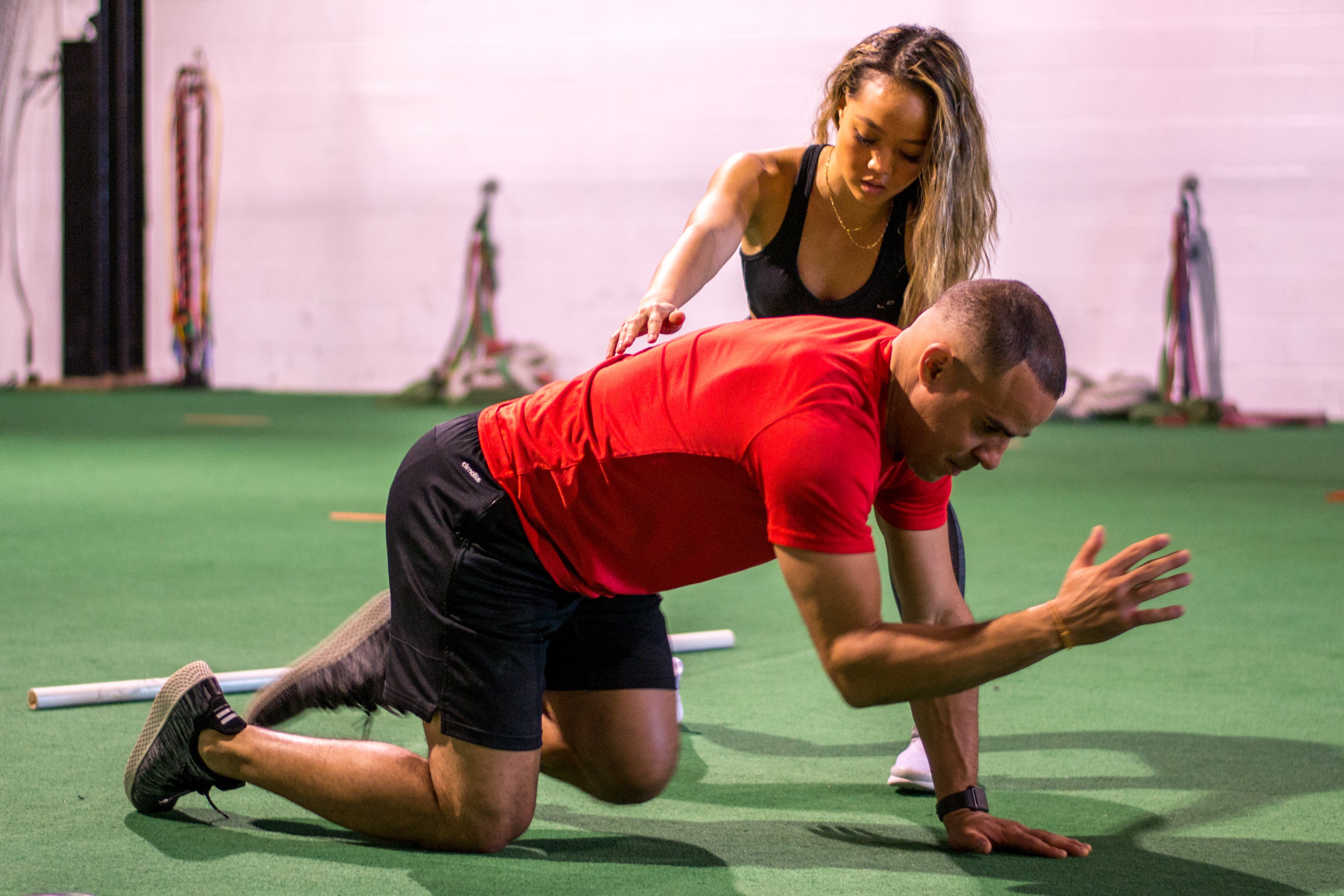