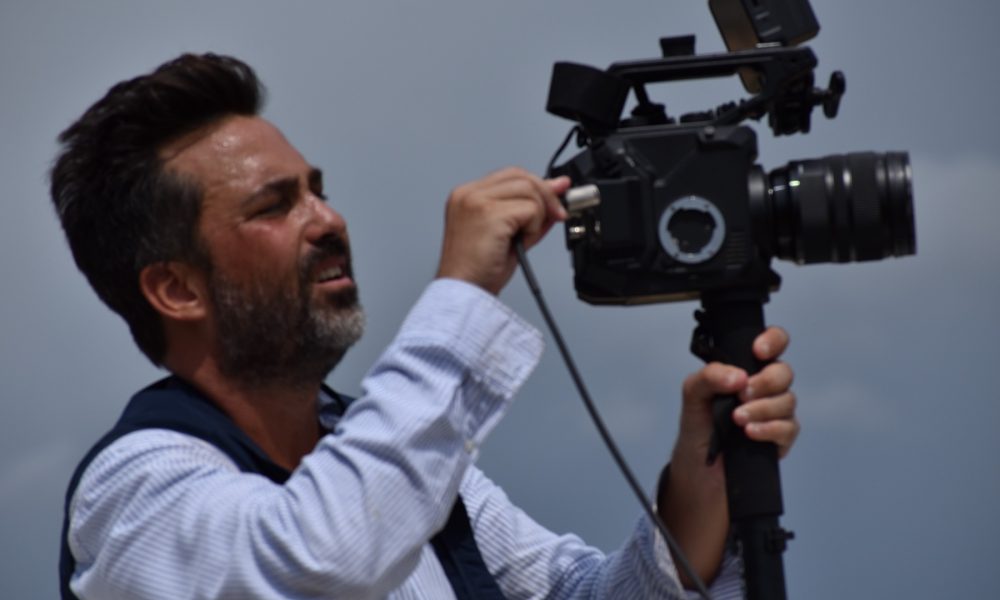 Today we’d like to introduce you to Manuel Umo.

Hi Manuel, we’re thrilled to have a chance to learn your story today. So, before we get into specifics, maybe you can briefly walk us through how you got to where you are today?
I’m a young immigrant from Spain who came to the US with a scholarship from my country to study film in New York at the SPS Department of NYU. I enjoyed my time on the East Coast, but I really missed the sun and warmer weather during the winter months, so I moved to Los Angeles where I now live. My first years in LA were very difficult as I didn’t know anybody and everything seems so distant from one area of the city to the other. But as soon as I started connecting with the various communities, I began to feel better and better. Today everything feels closer and along with that a wonderful sense of a home. I founded my first company, New Logic Cine, a small production company, which gave me the opportunity to tell stories as a filmmaker about local entrepreneurs and different businesses. It was a great platform to travel, meet new people, buy new equipment and generate opportunities for my film career.

I was my own boss with my own schedule and it gave me the sense of discipline and an understanding of the culture of different communities here in Los Angeles. Once I felt I was ready for the next step, I decided to move forward with bigger projects. I just shot my first feature film, called “Todos”, in Mexico, during these unprecedented times of a world pandemic, and now we are in post-production here in Los Angeles. I have no words to describe how proud I feel about this small, independent film, and I hope it will give me the opportunity to grow as a director. I look back to the time when I was a young kid, growing up in the Canary Islands, watching classic American films on TV, with the idea of one day coming to America and it seemed almost impossible. I didn’t speak the language, not even to mention I didn’t have the necessary paperwork. But the truth is that if you put your mind to what you want in life, everything is possible. Today, I consider the moment that I was granted an O1 Visa to develop my first projects is the US as one of the highlights of this journey.

Alright, so let’s dig a little deeper into the story – has it been an easy path overall and if not, what were the challenges you’ve had to overcome?
The main obstacle for me was a sense of “disconnectedness” in the beginning, I had a sense of feeling a bit lonely during my first moments in the city of Los Angeles. Especially because I came here by myself and didn’t really know where to start. Everything seemed so far and away and you start missing the affinity and affection of the people who were with you at the beginning, I think this happens to everyone, no matter from where you come from. But if you are patient and you keep doing what you are doing, that sense of community will start building around you. One of the first things I did was join a co-working space called Cross Campus, that really gave me the platform to meet other entrepreneurs and launch my first business in the city. Then you start meeting clients, building a your team, you join a running group, make new friends, and all these new experience provide of variety of ways to connect with people that eventually give you the sense of what the city of Los Angeles is all about and you find your new home here.

As you know, we’re big fans of you and your work. For our readers who might not be as familiar what can you tell them about what you do?
I’m in post-production of my first feature film as a director, a project called “Todos” I’d like to think that from here on, I can commit to directing stories that I feel passionate about. Making a movie is extremely difficult, as you are always struggling with the script, the funding, and making the right choices… but I love what I do and I hope one day when someone asks me “what do you do?” I will confidently be able to say I’m a film director. Until then… I need to continue learning everyday. I have a background in journalism, so I developed a style based on using real locations, with a hand-held camera, paying attention to the details and having a sense of realism. I love films like “The Battle of Algiers”, also Costa Gavras “Z” and “Bloody Sunday”, where directors like Paul Greengrass have created an impact through their work in the world we live in today. It has inspired my journey as a filmmaker. The project that I feel the most proud of in my career was my first assignment ever when I was a freelance cameraman in the conflict in Kosovo, and I was able to collaborate with BBC World, providing them with exclusive footage. I didn’t have an interpreter, a driver or any security, but I was able to be embedded with a group of local soldiers and got to tell their story. When you do something that has a deep meaning, something personal, and you find an audience, it’s an extremely gratifying experience.

What makes you happy?
I love to spend time with my wife Angela and learn new things everyday. We always try to find time to explore new areas of California and also travel as much as we can. Listening to an old vinyl on the record player, watching a classic film at the Aero theater in Santa Monica, spontaneously stepping into a book store or just being together, it gives me a sense of peace and happiness that everyone truly deserves. 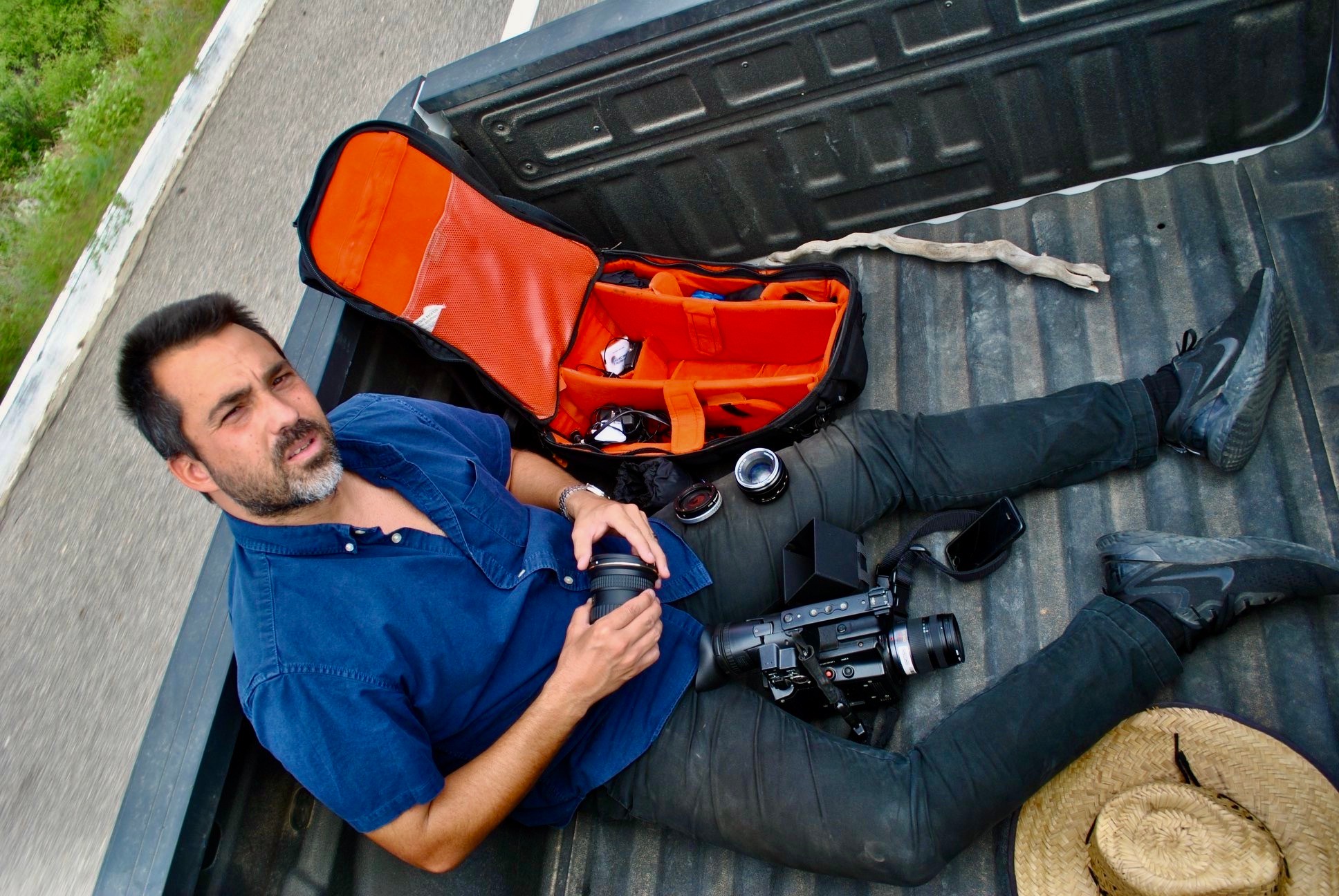 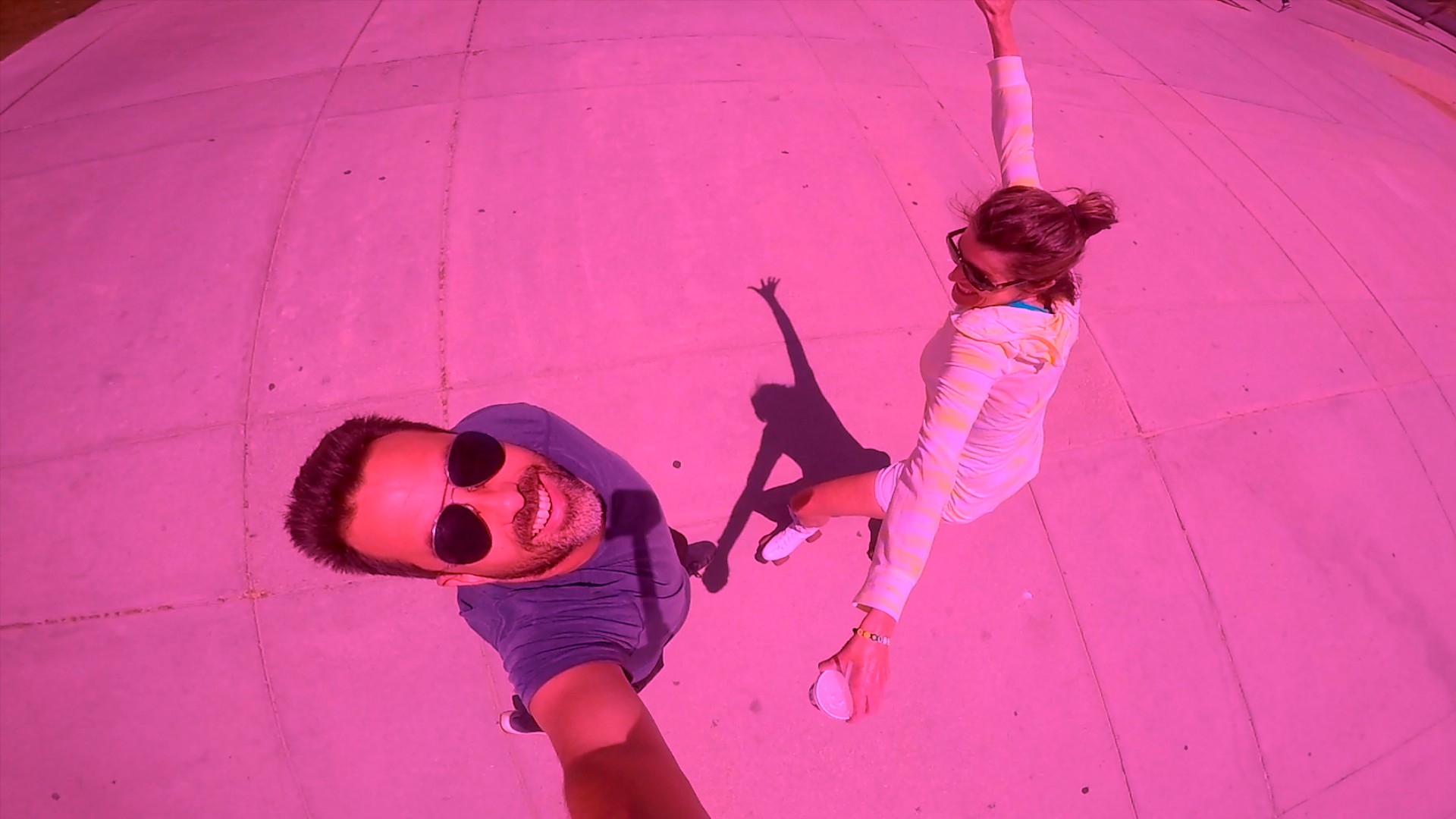 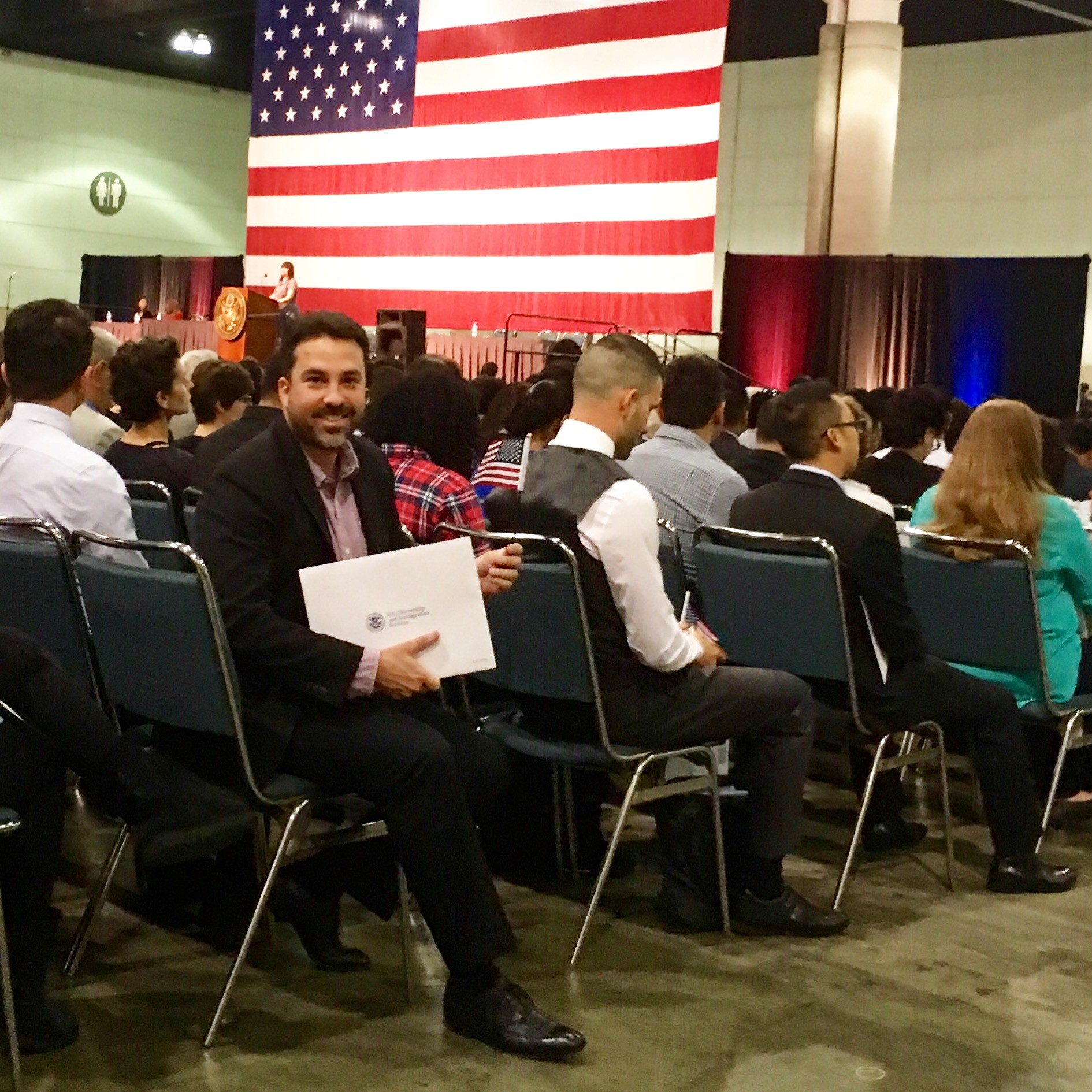 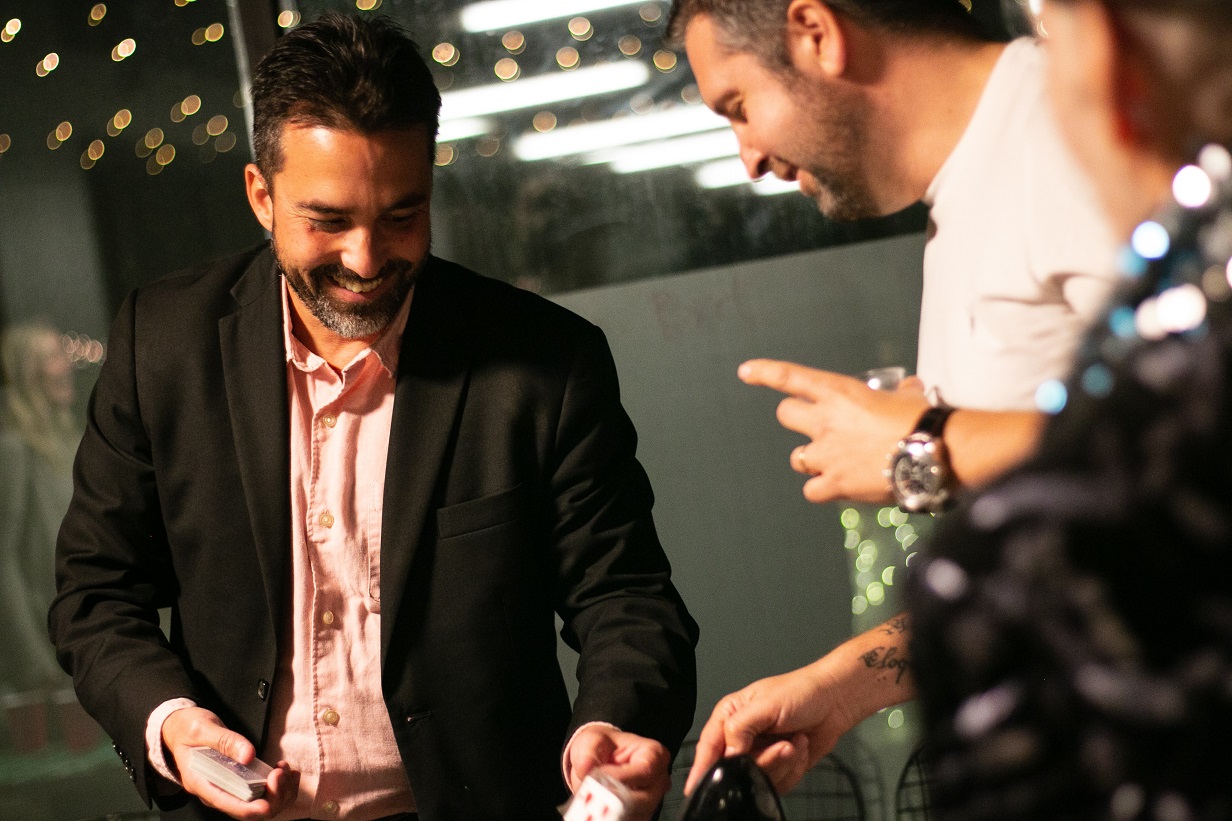 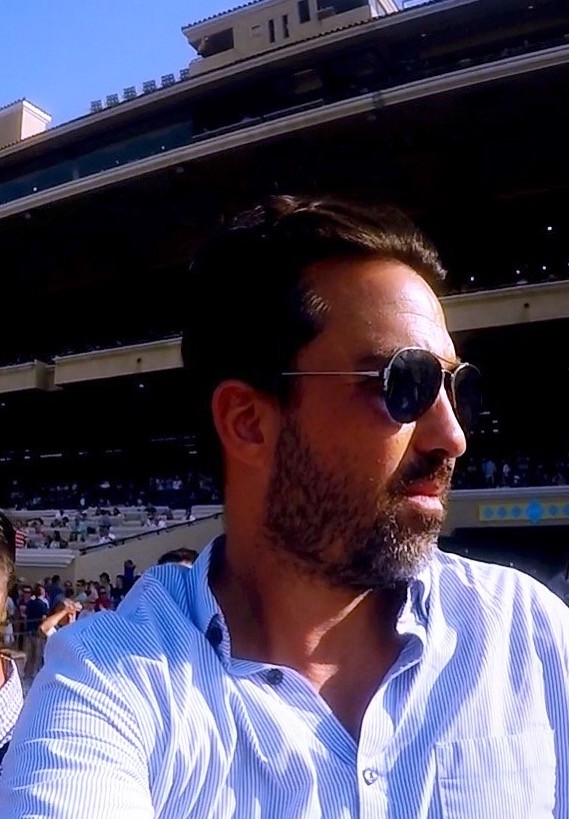 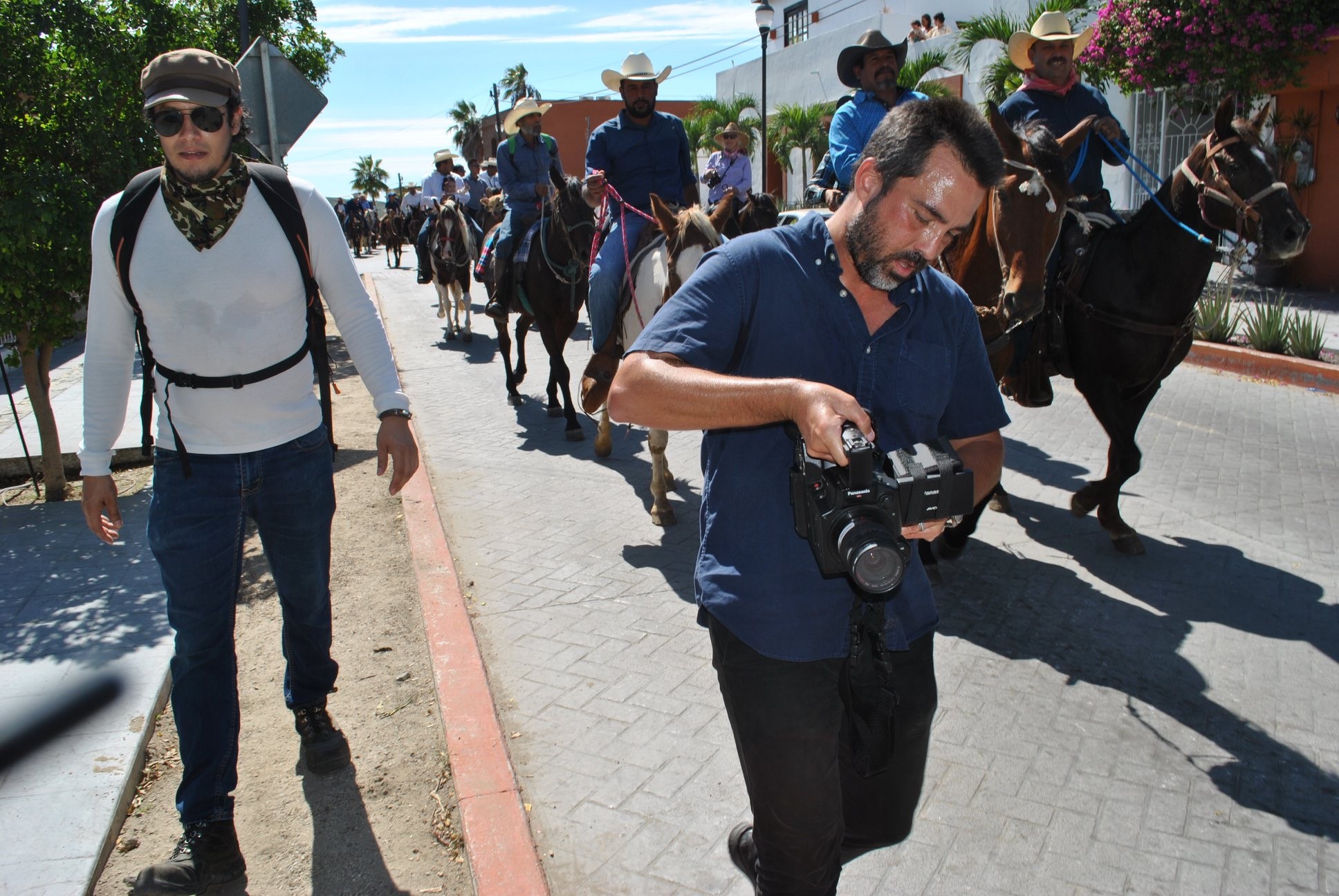 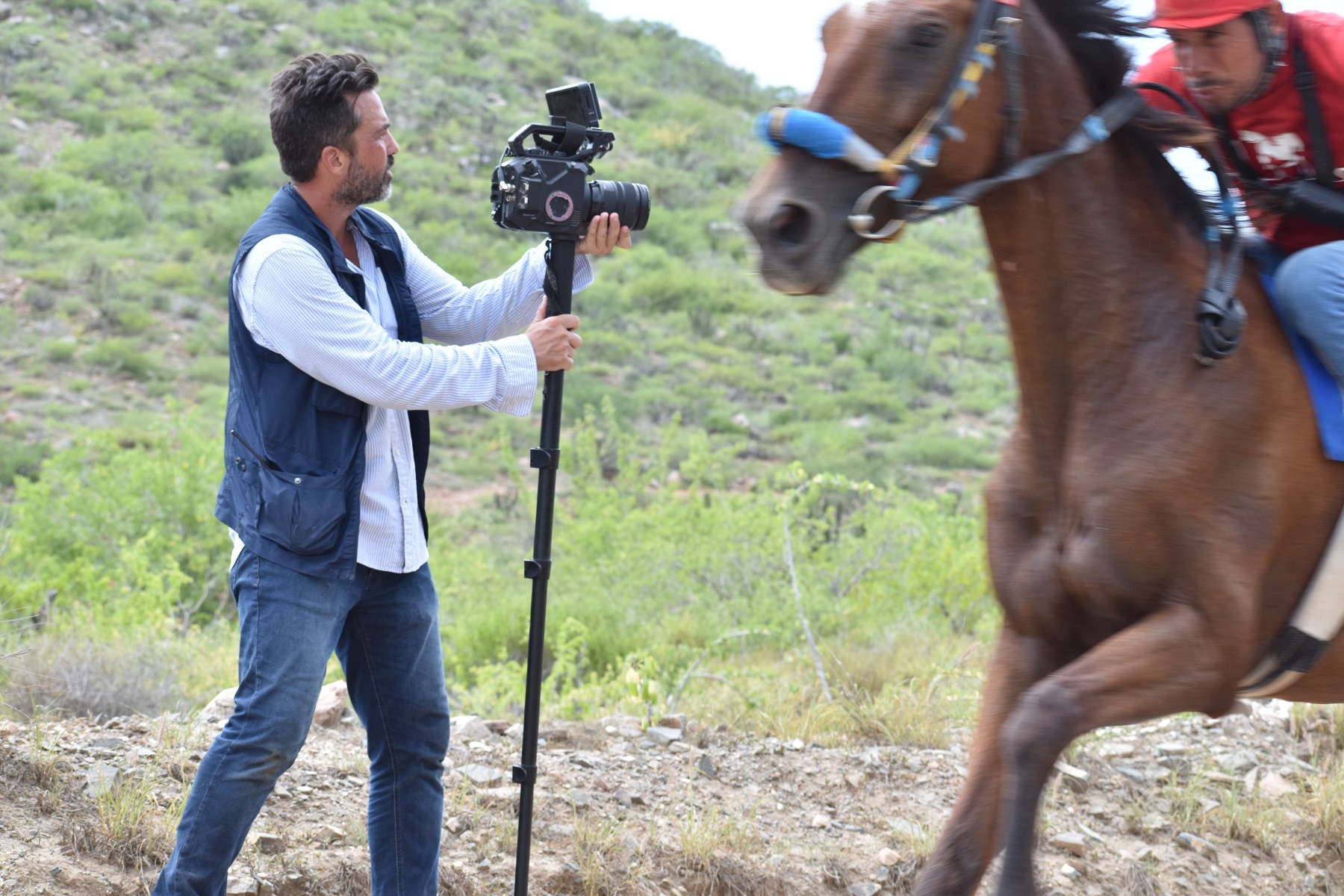 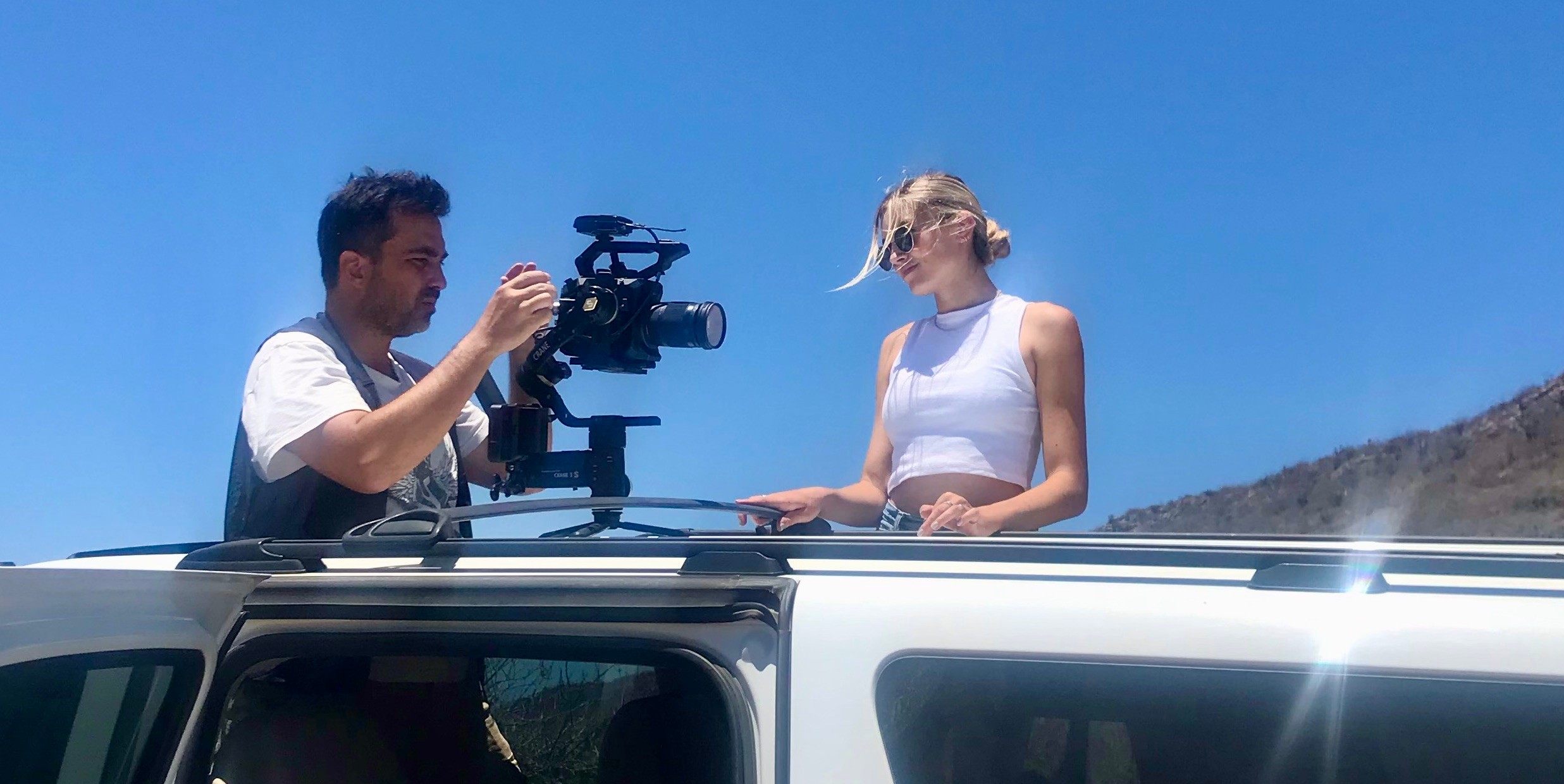 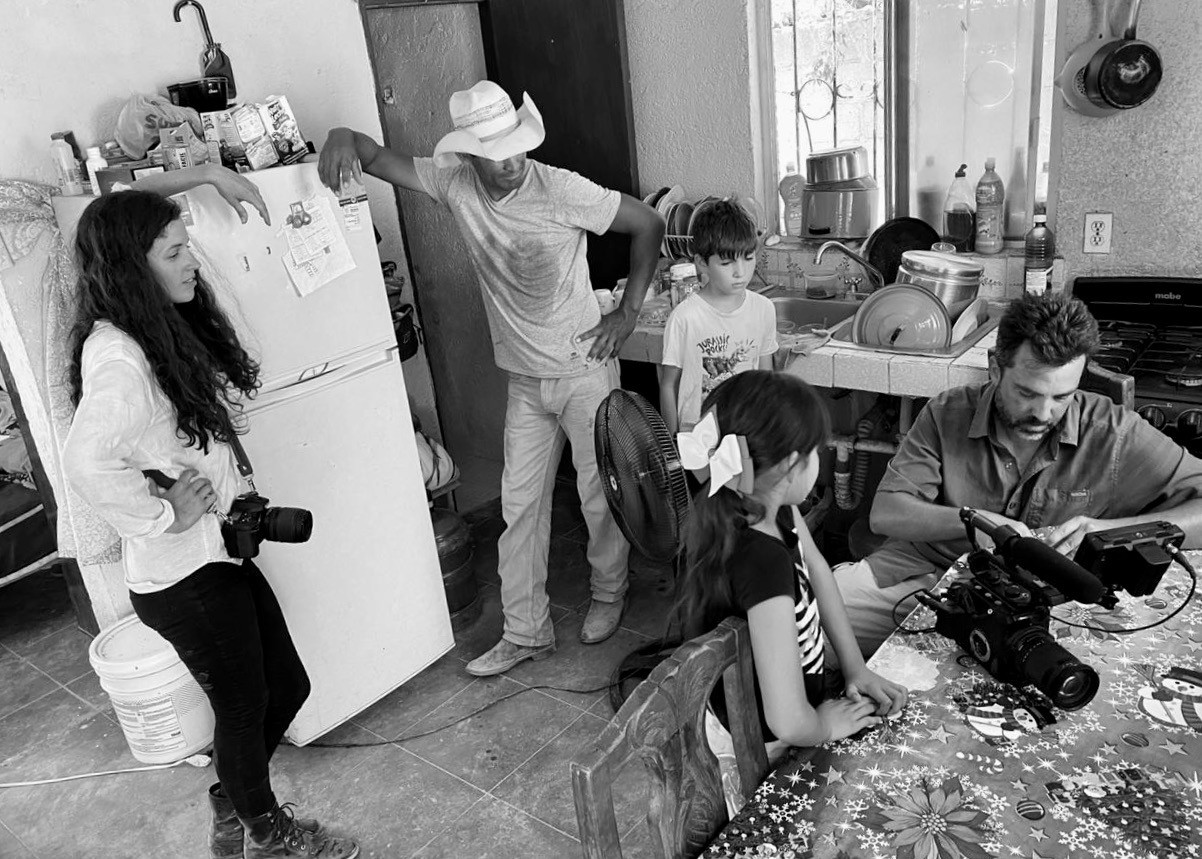 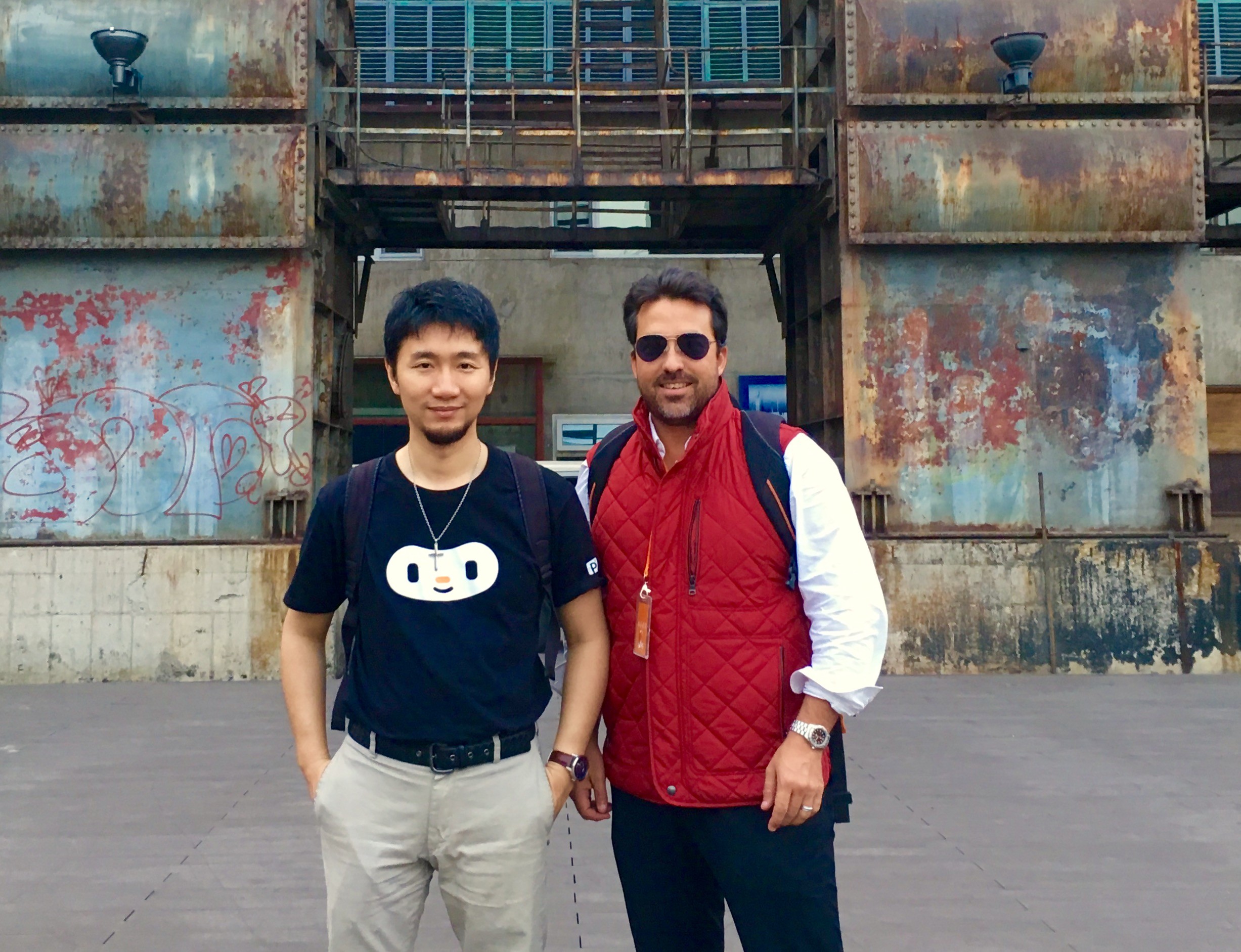 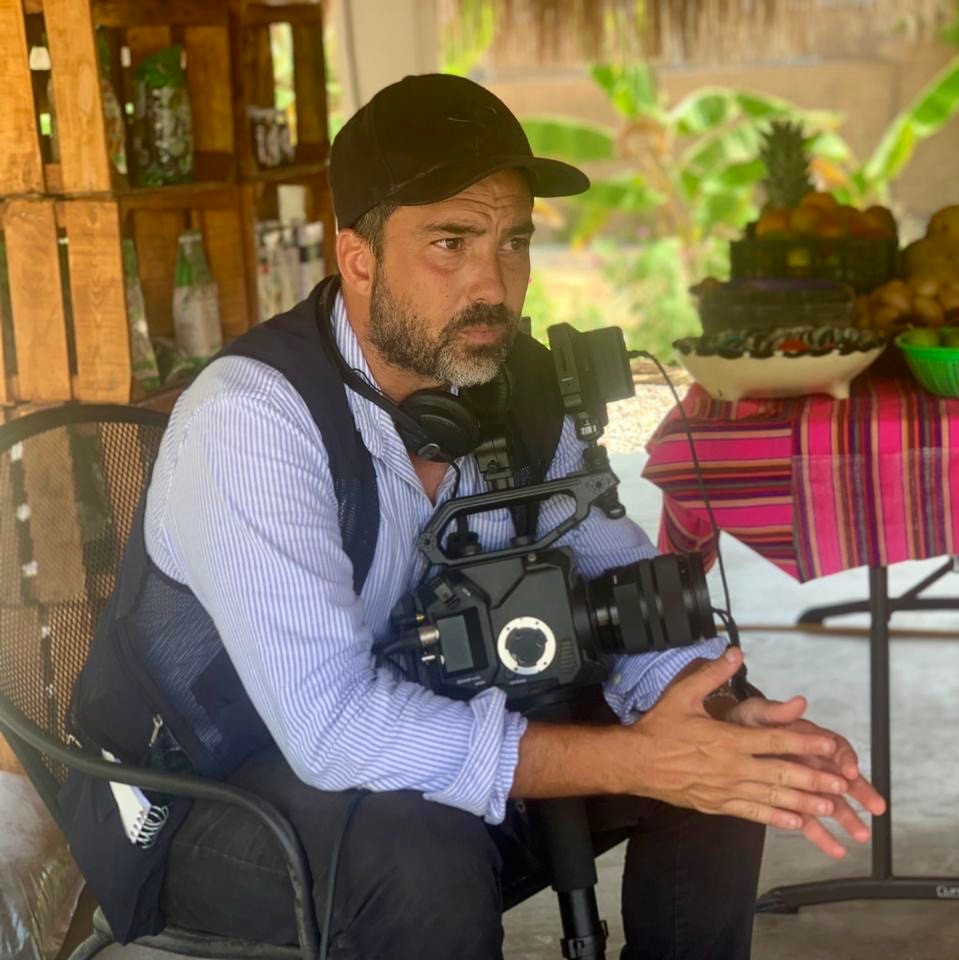 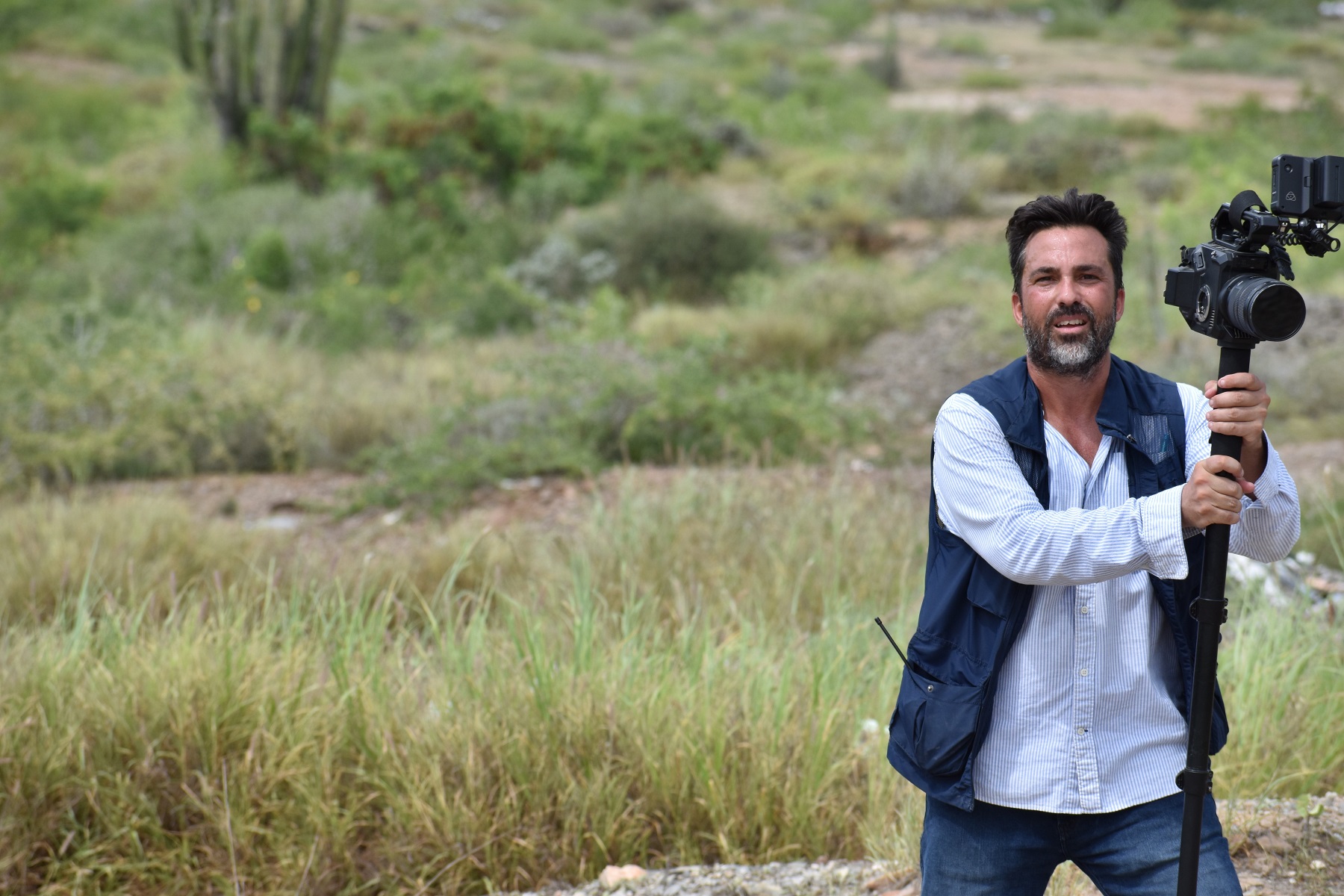