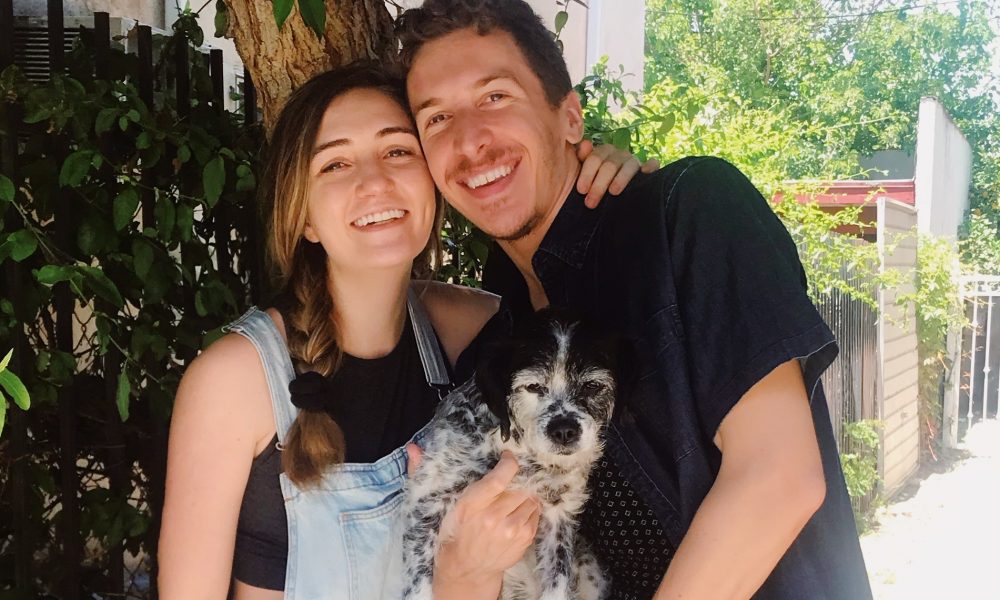 Today we’d like to introduce you to Kelsey Sante and Jacob Toarmina.

Kelsey and Jake, thanks for joining us today. We’d love for you to start by introducing yourself.
Hi! I’m Kelsey. I’m originally from Chicago but I’ve been in LA for 5 years now as a filmmaker, writer, and editor. As of about a year ago, I’m also a co-creator of a D&D podcast called Roll For It. As a lover of stories, I was hooked on the unique medium of storytelling as soon as I overheard Jake editing on Season 1. This was a completely unexpected path for me, but I’m loving every moment of it. Getting to know the community who loves what we do has been the greatest part by far.

I’m Jake! I’ve been in LA just over two years. I actually met Kelsey at film school in Chicago, and when our paths crossed again in LA we became close. Now we’re in business together! I’ve been playing D&D for 10 years, and I’m very excited that it’s made its way from hobby to… pretty much the main thing that I do in life.

As for the pod, Roll For It is a fast-paced, bite-sized Dungeons and Dragons podcast that highlights the best parts of the game in easily digestible 30-40 minute episodes. Each episode, the cast rolls a d100 to determine which of the 100 monsters on our list the party will encounter. The randomized selection adds an element of improv that keeps even DM Jake on his toes. The characters level up every episode to give listeners a taste of each tier of gameplay. Roll For It focuses on storytelling and goofy, endearing characters, which makes it a great intro for those new to role-playing games and expert players alike. The consistent humor and full character arcs make it accessible even beyond the D&D niche.

Alright, so let’s dig a little deeper into the story – has it been an easy path overall and if not, what were the challenges you’ve had to overcome?
The two of us started dating in January, and Roll For It was not a topic of our earliest conversations. I first mentioned it to Kelsey expecting the usual confused reaction that we’re used to getting with D&D podcasts. Instead, she listened to what I had, thought it was entertaining and intriguing, and joined me on a quest to get the podcast in front of people who would love to hear it. The content is fantastic, it’s the consistency and the marketing that we needed to focus on. During the height of the lockdown, we focused all of our efforts on the show. We found a community that was very welcoming and a lot of fun, and so far they’ve really enjoyed what we’ve been producing.

Running a podcast is a full-time job! But without a full-time salary. When we are in mid-season, we each spend about 30-40 hours a week recording, editing, and marketing the podcast. During the day, we work full-time jobs in the film industry. There have been a lot of sleepless nights, but it has been totally worth it.

One challenge is standing out in the surprisingly vast sea of D&D podcasts. Especially during the pandemic, podcasts in general have multiplied like crazy. Jake has been working on the concept of Roll For It for years, and we think we’ve come up with the formula for a tight, and wildly entertaining series. And our listeners have noticed!

D&D podcasts are often rewarding to a niche community, but are HUGE commitments to anyone who isn’t quite sure what they’re getting into. Weekly episodes are 3-5 hours long, so falling a couple of weeks behind can be daunting. We want to make the feel-good, inclusive D&D community accessible to everyone who could use a little magic in their life by letting the story and characters be the focus rather than the minutiae of gameplay. We erase the side chatter, and rule debates from the final cut, so listeners on a schedule only get the best parts of our game. We also somehow managed to cast the funniest people in both Los Angeles and Chicago, so things are never dull.

Alright, so let’s talk business. What should we know about your work?
The podcast is written, produced, and edited by both of us. Jake has been a Dungeons and Dragons “Dungeon Master” since high school. In our show, the DM leads 3 players through an interactive story with danger around every corner. As he tells the story, the players, who are all in character as anything from human warriors to elvish warlocks, make decisions about how they’d like to proceed and which direction the story will take next. It is hours of improv. acting and creative problem-solving, all while we’re literally just playing a game.

We recently finished one of our BIGGEST projects yet, a Drunk D&D episode now on YouTube. To meet all of us and get an idea of just how serious we take things… check out the full video.

We’re also extremely proud to have just wrapped our THIRD season. Each season features 3 brand new player-characters played by 3 brand new actors/gamers/fellow nerds. If you want to check us out, start with episode one of whichever season you’d like! Bear with us, we’re about to use some D&D words…

In Season 1, Elvish Princess Vaelette flees her own wedding just minutes before her castle vanishes in a magical explosion. After learning that the castle has been transported away, she teams up with her Dragonborn bodyguard and a naive halfling bard to find home… wherever it landed. They journey through the mystical Feywild and beyond, encountering bizarre and dangerous creatures along the way. Starring: Mary-Kate Arnold, Amy E Powell, Kyle Quinlivan

Season 2 is set in a bustling, magical, coastal hub called Yurid City. Zula, an ambitious half-orc fighter, githzerai monk Heirak, and a kindhearted old tortle cleric named Gram Gram join the “Guild of Guardians” to protect the innocents of the city. But things get shady when every other Guardian in the city disappears except for them. Starring: Colleen Kelly, Kendelle Lyn, Andrew Orozco

Season 3 is set at sea, matey! Tabaxi rogue Mo, Tiefling artificer Euphoria, and wanderlusting moon elf Kanar all sail across the world with a magic lamp hoping it will grant their 3 wishes. Of course, they’re also being pursued by the bad guys… who are the good guys? Or are they! Starring: Kelsey Sante, Lexi Ginn, Kelsey Sante, LeRoyal Tutt

Let’s talk about our city – what do you love? What do you not love?
Los Angeles is full of people who are excited to create cool things. It is never hard to find someone to collaborate with (or to play d&d with.) Everyone is excited to jump onto new projects and everyone has unique skills to bring to the table. We’ve been so lucky to find an all star cast three seasons in a row, two of which being our new LA friends. Whenever it comes time to cast a new season, we scour the community for interesting people and reach out to pretty much total strangers on a hunch that we’ll be compatible. So far (*knocks on wood*) we’ve been right!

Also, you can bring your dog pretty much anywhere you want, which is good for Roll For It because one of our producers is a jack russell terrier. 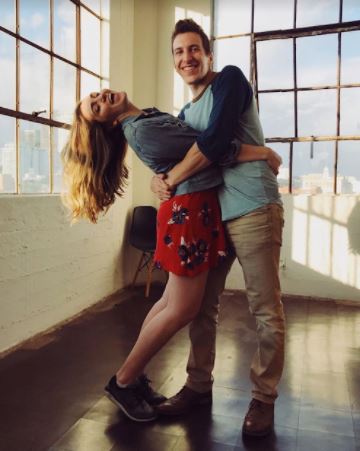 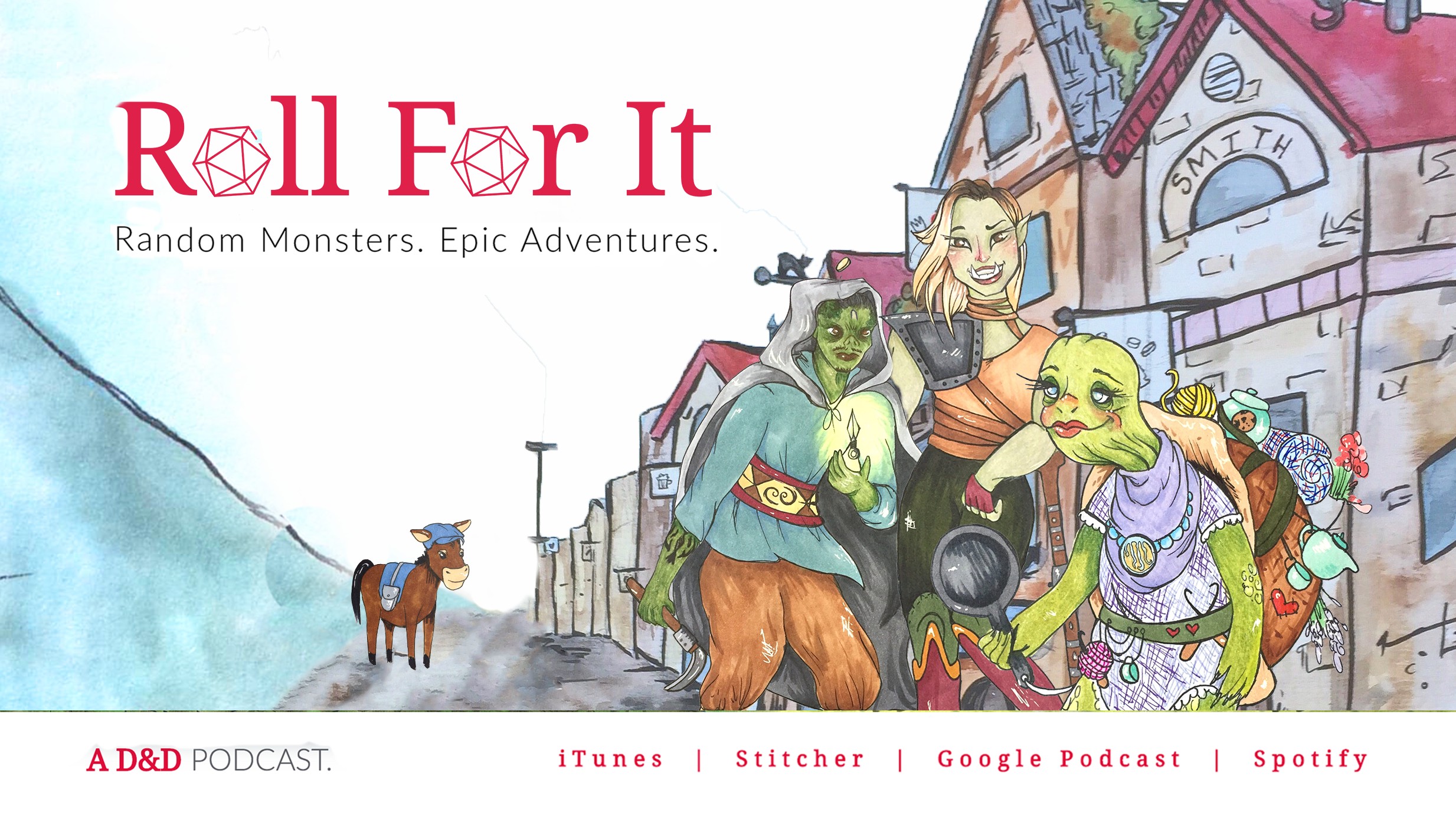 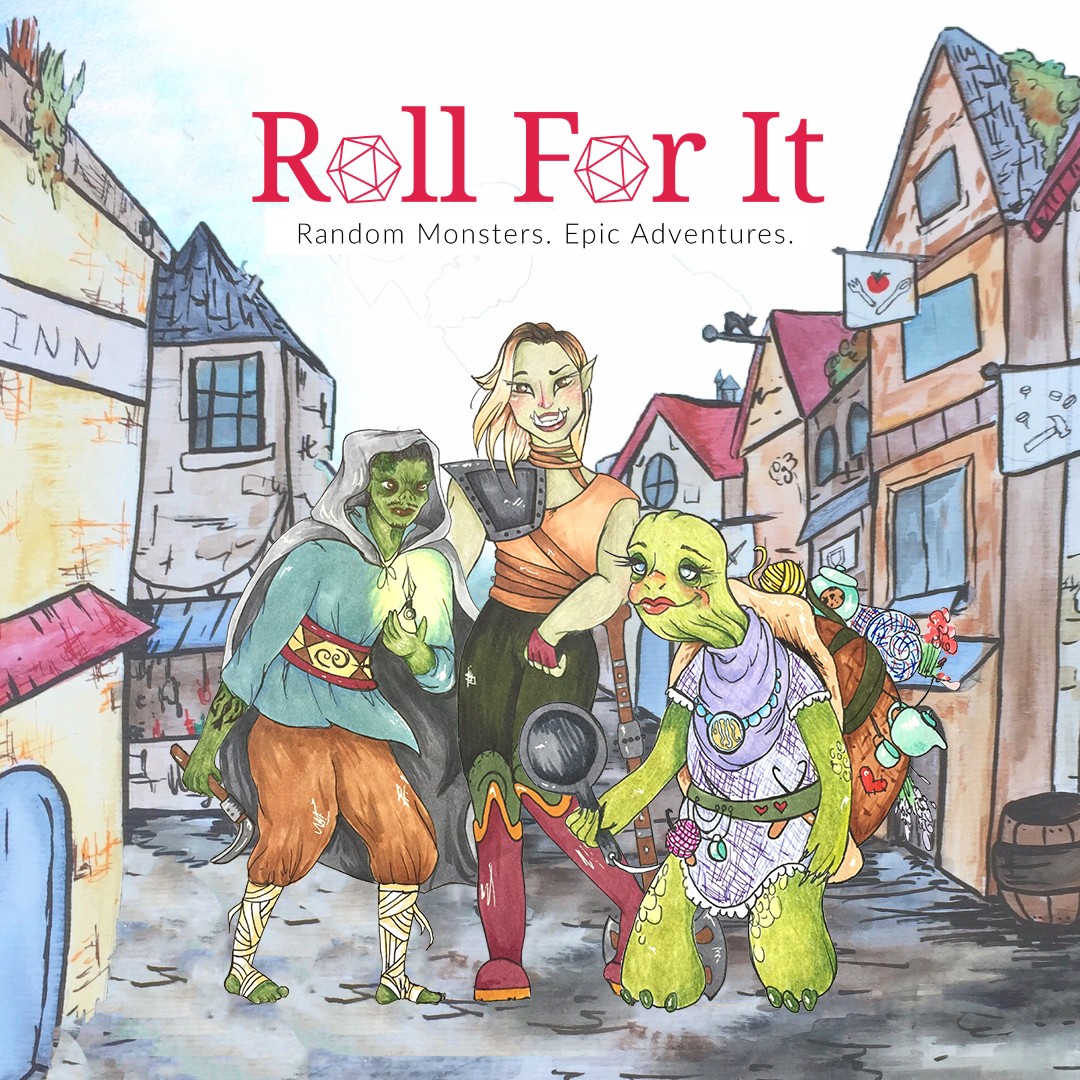 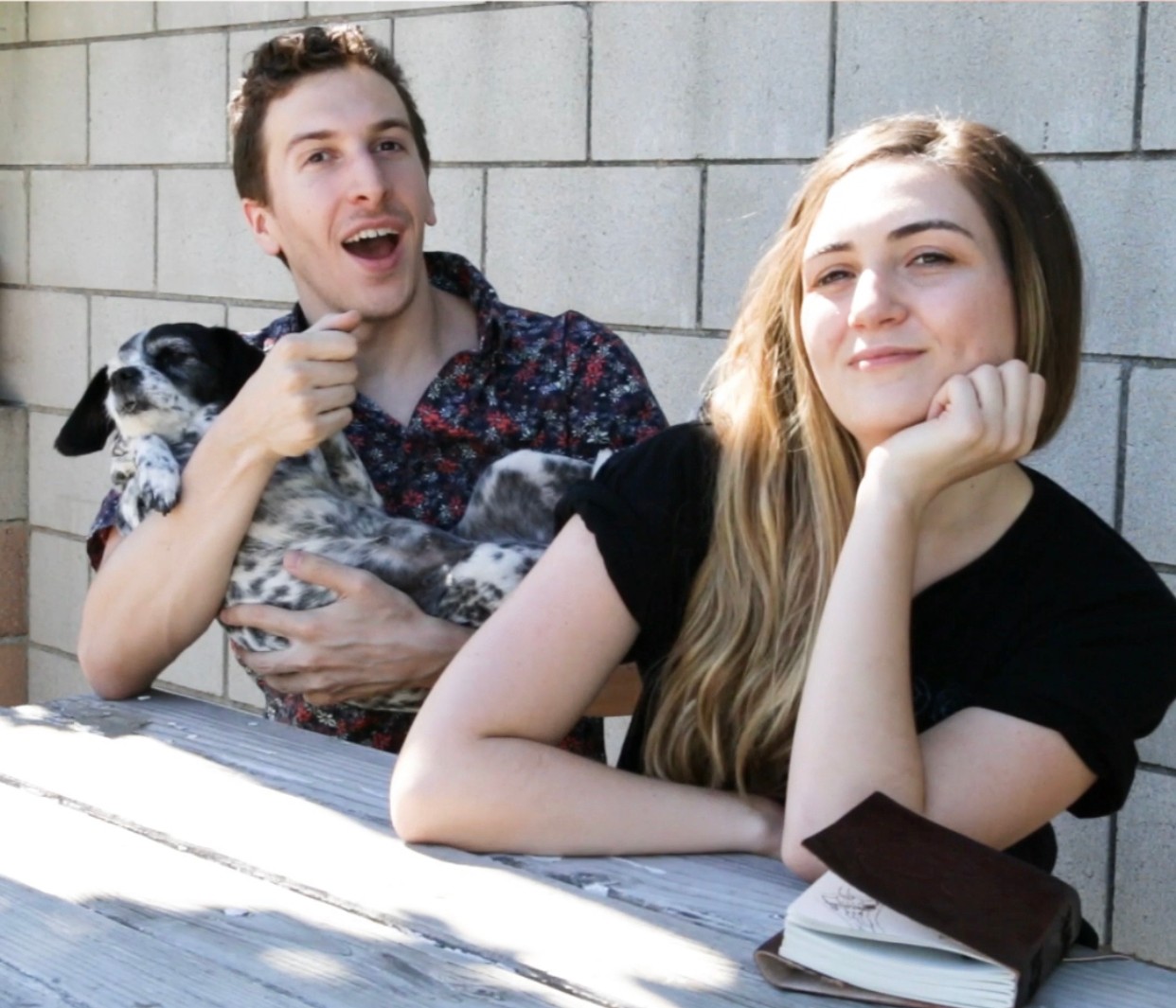 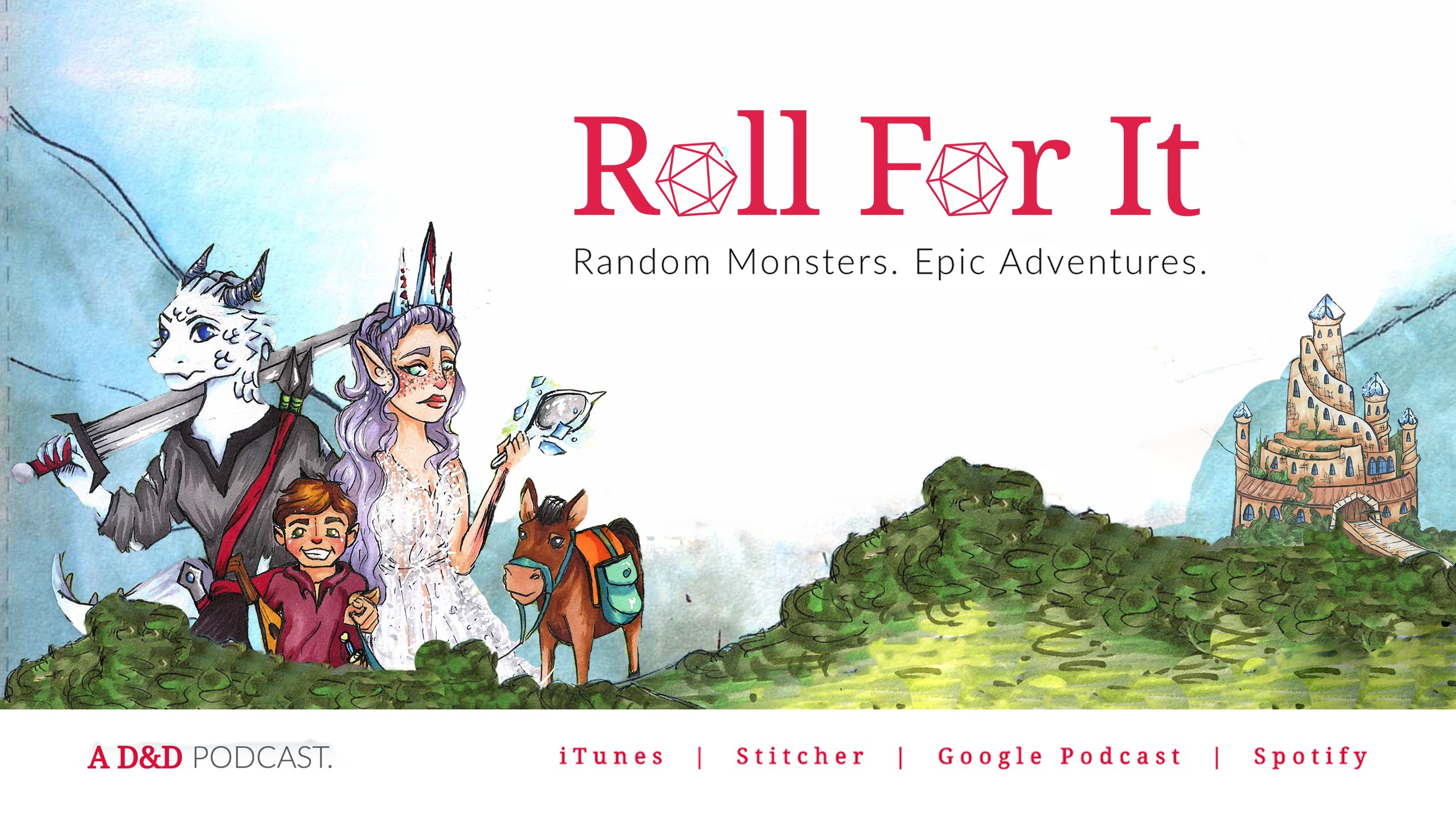 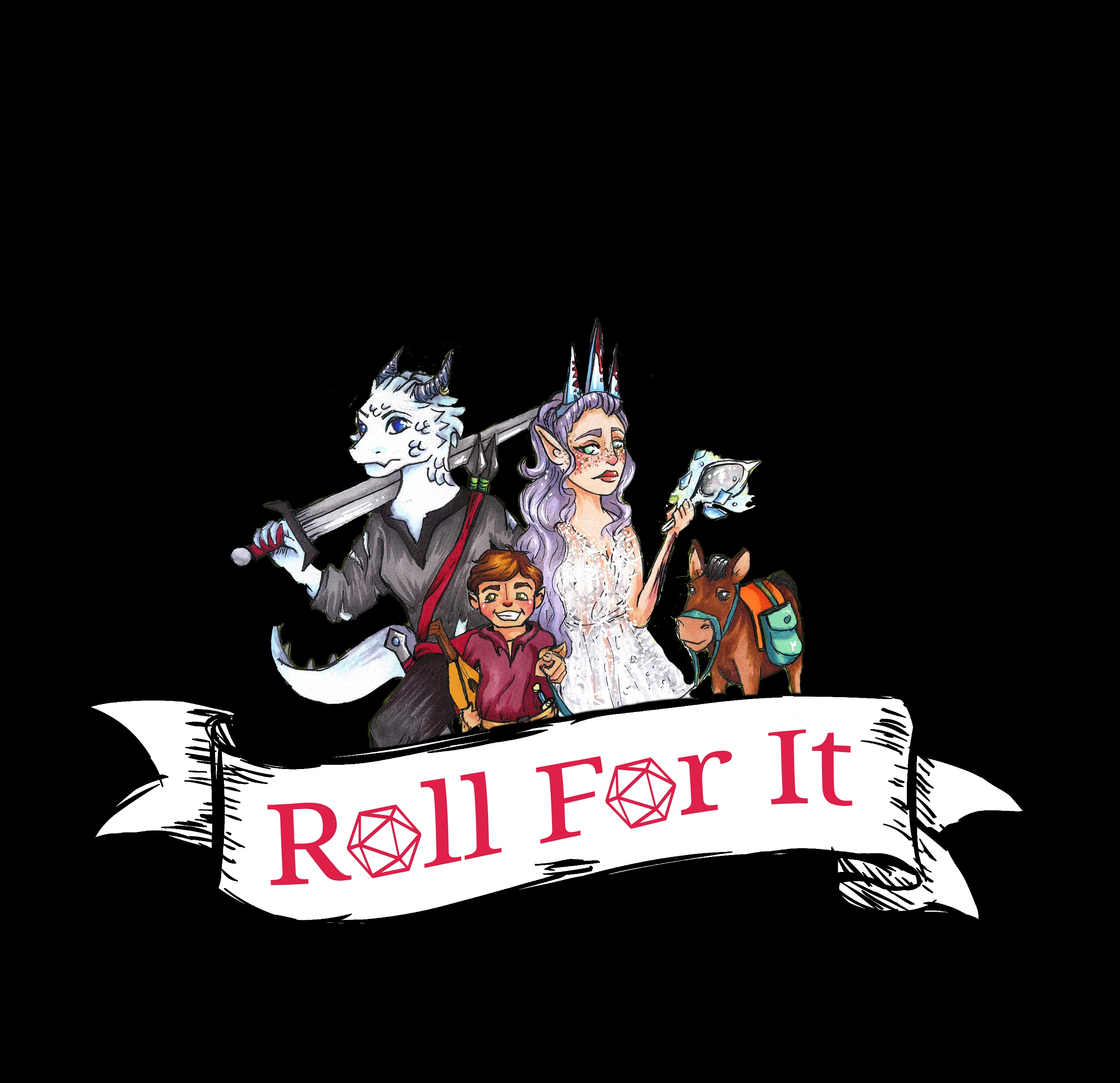 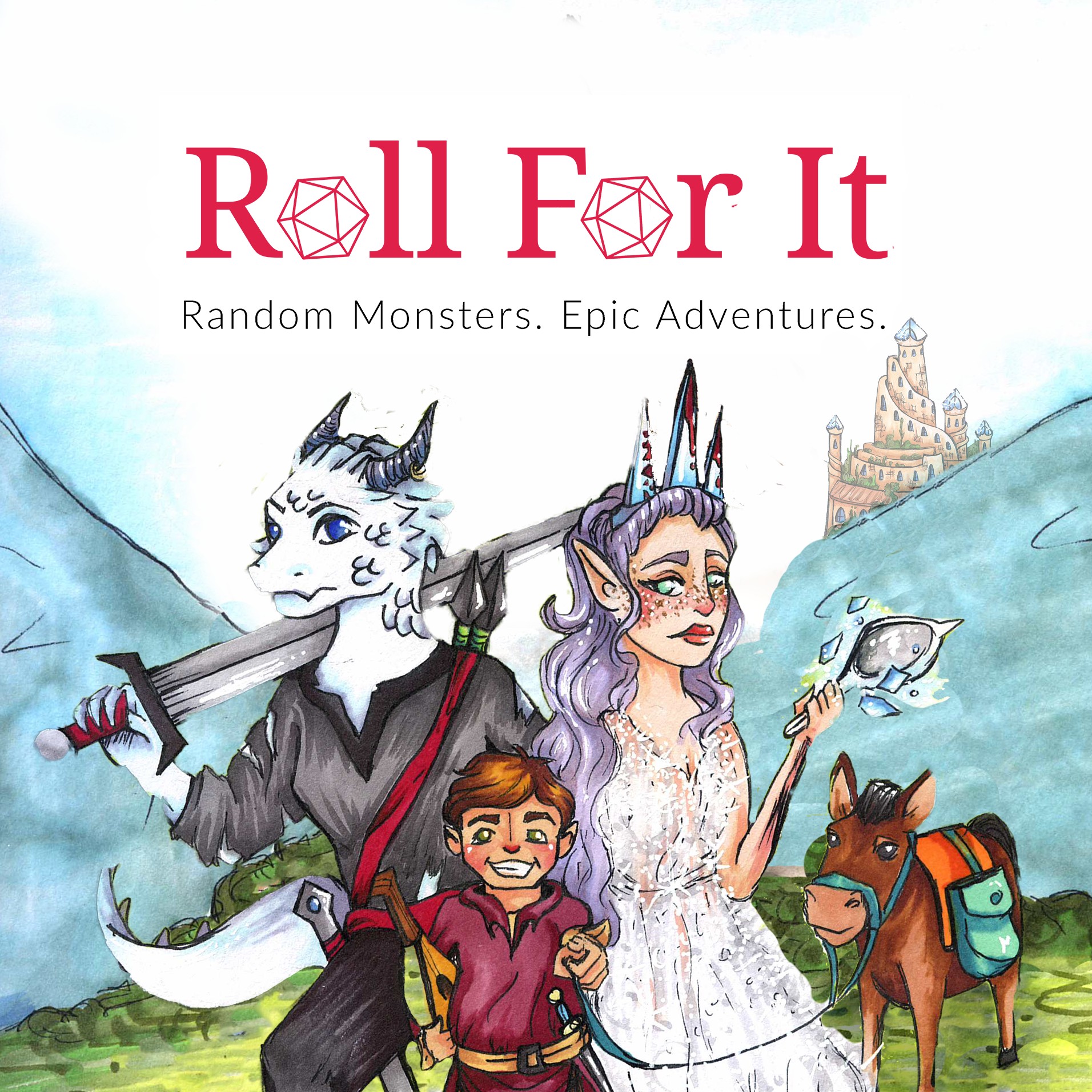