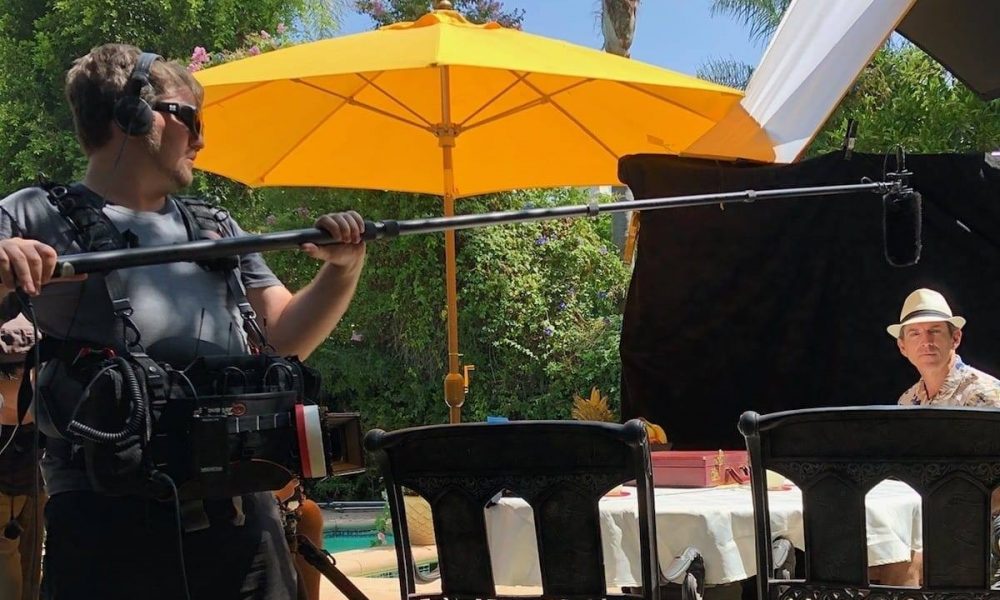 Today we’d like to introduce you to Keith Morrow.

Hi Keith, thanks for sharing your story with us. To start, maybe you can tell our readers some of your backstory.
I first realized I wanted to work in audio when I was on deployment. I served in the Marines from 2010-2015, and I was watching the Lord of the Rings documentary during some downtime. The segment for how they sound designed the movie came on, and seeing David Farmer and the rest of them go through the process of creating the soundtrack for the scene where the Riders of Rohan ambush the Uruks at night just really triggered something in me, and I knew that’s what I had to do with my life.

My enlistment ended shortly after that deployment, and I returned back home to California and used my GI Bill to attend the Los Angeles Film School. I initially attended the Recording Arts annex school, where I got my associates and learned a lot of great things there from some very talented instructors. However, the curriculum at the time was very music-centric; I was still hungry to learn even more about film sound. I ultimately decided to enroll again, but this time in the school’s Film program. With all I learned from the recording arts program, I had a decent headstart on my classmates, but I still had a lot to learn. I learned great stuff from the instructors there, a few of whom I still keep in regular contact with to this day.

Would you say it’s been a smooth road, and if not what are some of the biggest challenges you’ve faced along the way?
Despite the benefits I had thanks to the GI Bill, it hasn’t been easy even getting to where I am today. I struggled a lot with imposter syndrome and having respect for myself as a creative as well labor and skills. I got a lot of support from my fiancee Jin, as well as the man I’d call my mentor, Trey Lacroix, about how to break out of that and value myself more as a creative, not to mention getting potential clients to do the same. It’s something that all creatives struggle with at some point, and I’m still probably not fully there yet, but I’ve come a long way and have been doing my best work recently thanks to the support of my friends and family.

Thanks – so what else should our readers know about your work and what you’re currently focused on?
Thanks to the GI Bill, I had the incredible fortune of being able to focus on developing myself as an audio engineer while not really having to worry about income. This allowed me to take on a lot of work and internships that helped me get to where I am today. My first big position that I landed was an internship at an audio post house on Sunset called Stand Sound Post which was run by Jonathan Sheldon; I believe they have since been merged with Bufffalo 8. Here I was able to jump headfirst into a lot of content: features, shorts, commercials, etc. I was able to get my hands on all of it and eventually went from intern to a contract-based sound editor position. My highlight there was running an ADR session with David Alan Grier for fellow alum Storm Saulter’s feature film “Sprinter” (2018). So incredibly fun and cool.

I’ve since moved on to freelance work and have been able to make a living doing what I love. I do both production and post-production sound now and get various contracted work with some studios around town. You can hear some of my work on streaming services like Netflix, Hulu, and Shudder. Some of my more recent higher-profile projects have been the “Dragula” reality competition series on Netflix/Shudder, “Only Mine” on Netflix, and the soon-to-be-released documentary currently titled “Immediate Family”, which follows and details the lives of the titular band composed of rock music legends Danny Kortchmar, Waddy Wachtel, Leland Sklar, and Russ Kunkel.

I’m doing more production than post lately, but my long-term career goal is to work in a studio (or have my own) where I do post sound for film/tv and video games. I’m also currently in the process of joining the Local 700 industry experience roster as a Sound Effects Editor.

You can find my website and work at: www.KeithMorrow.us

The crisis has affected us all in different ways. How has it affected you and any important lessons or epiphanies you can share with us?
The pandemic hit something like a little over a year after I graduated from film school, so it was a pretty severe blow to have my career basically be forced to a halt just as I was gaining good momentum on my own. But I’ve been back in the saddle for a bit and it’s actually been much much better than ever before. Funny as it sounds, it was almost a boon to have so much downtime because I was able to watch a lot of content and play a lot of games which honestly really did help me become better at my job. I’m able to pick them apart and hear how things were done and have been able to apply that to my own work in my own way. It’s also honestly nice to hear all the things that you can get away with. I hear audio issues in even the biggest AAA blockbusters and I know that if it were me, I’d have needlessly beaten myself up over not being able to get it perfect… But there it is in a multimillion-dollar award-winning film. I’ll ask my fiancee if she notices it and she’ll have no clue what I’m even talking about. So while it sucked, it was helpful in its own weird way. 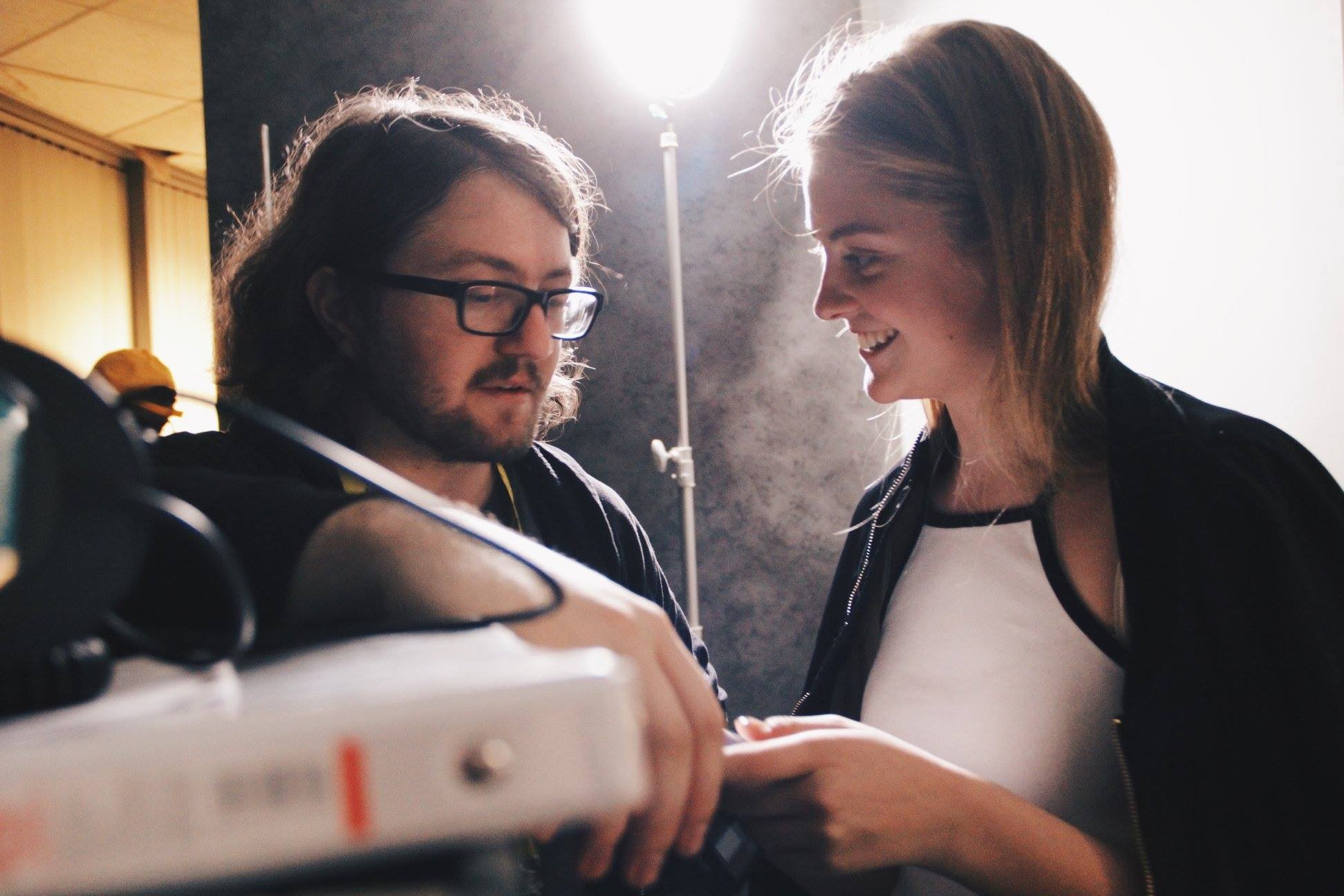 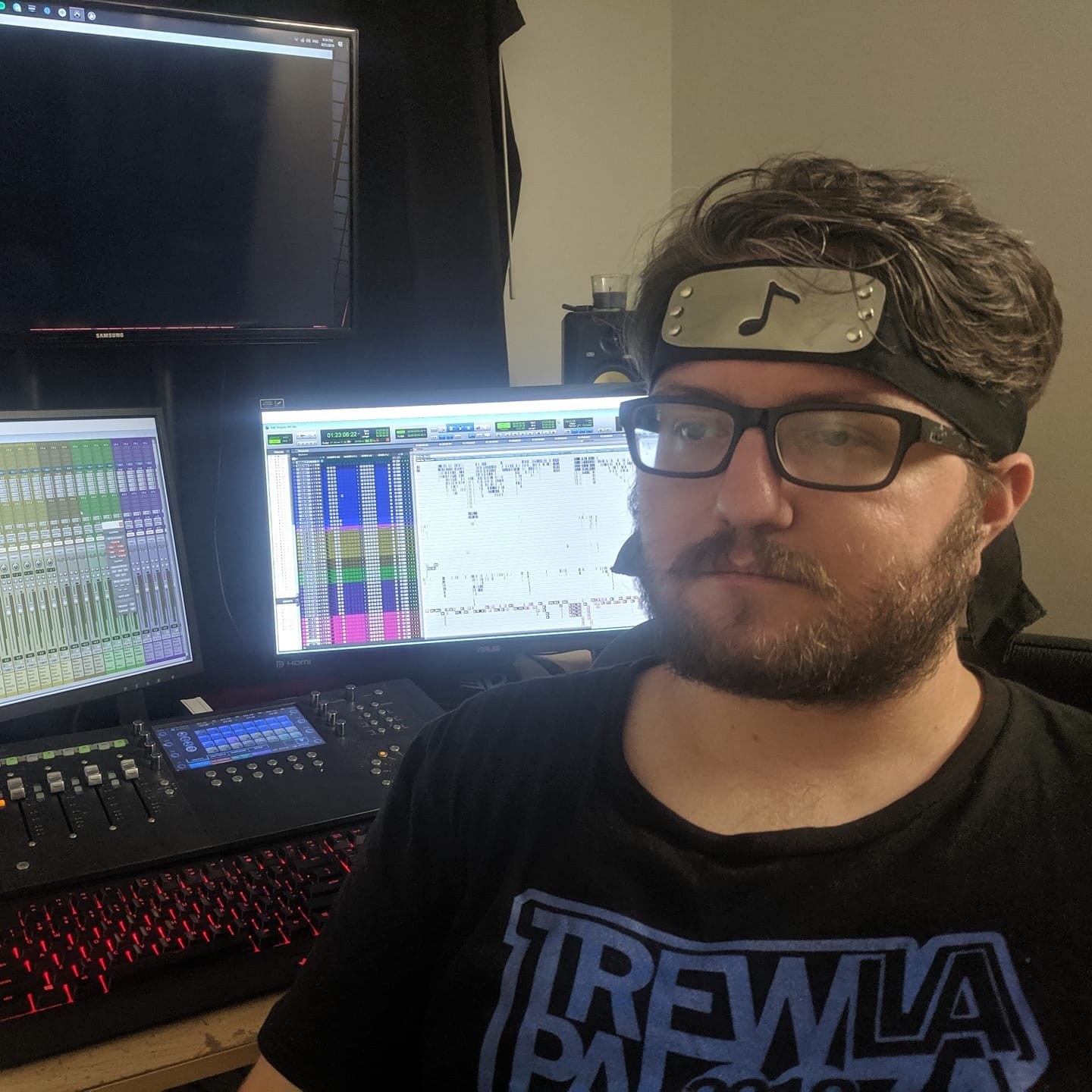 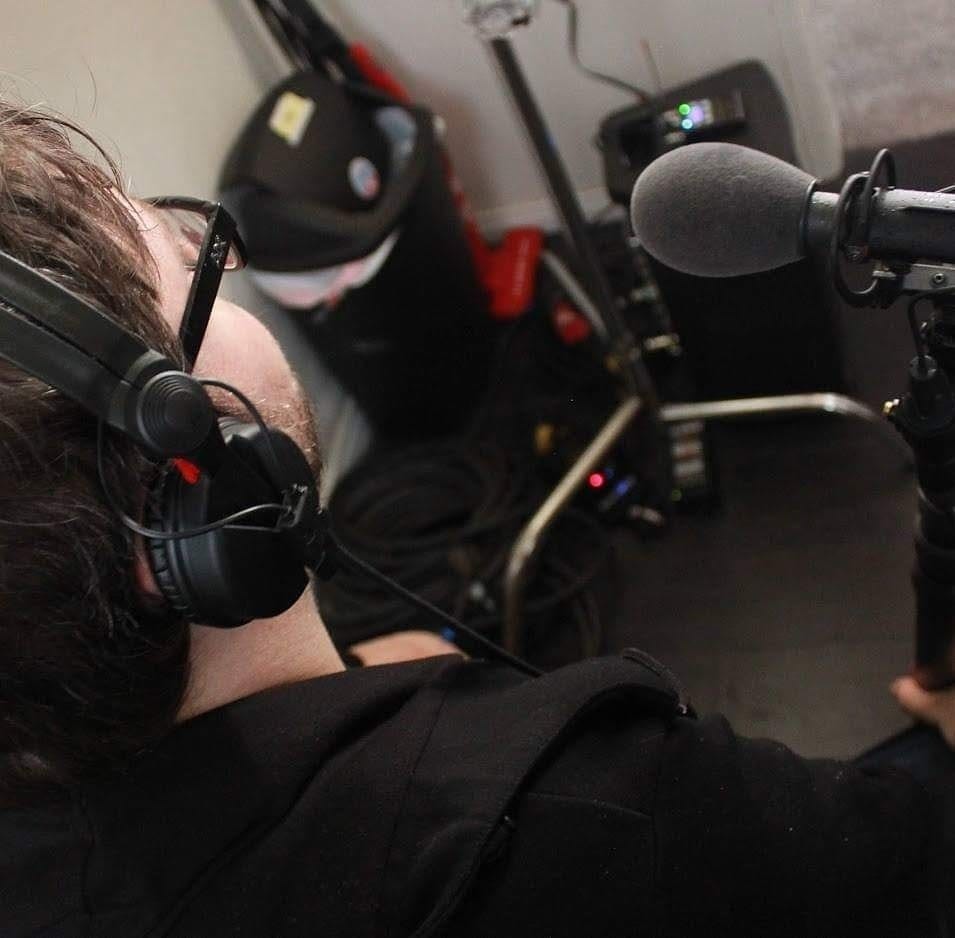 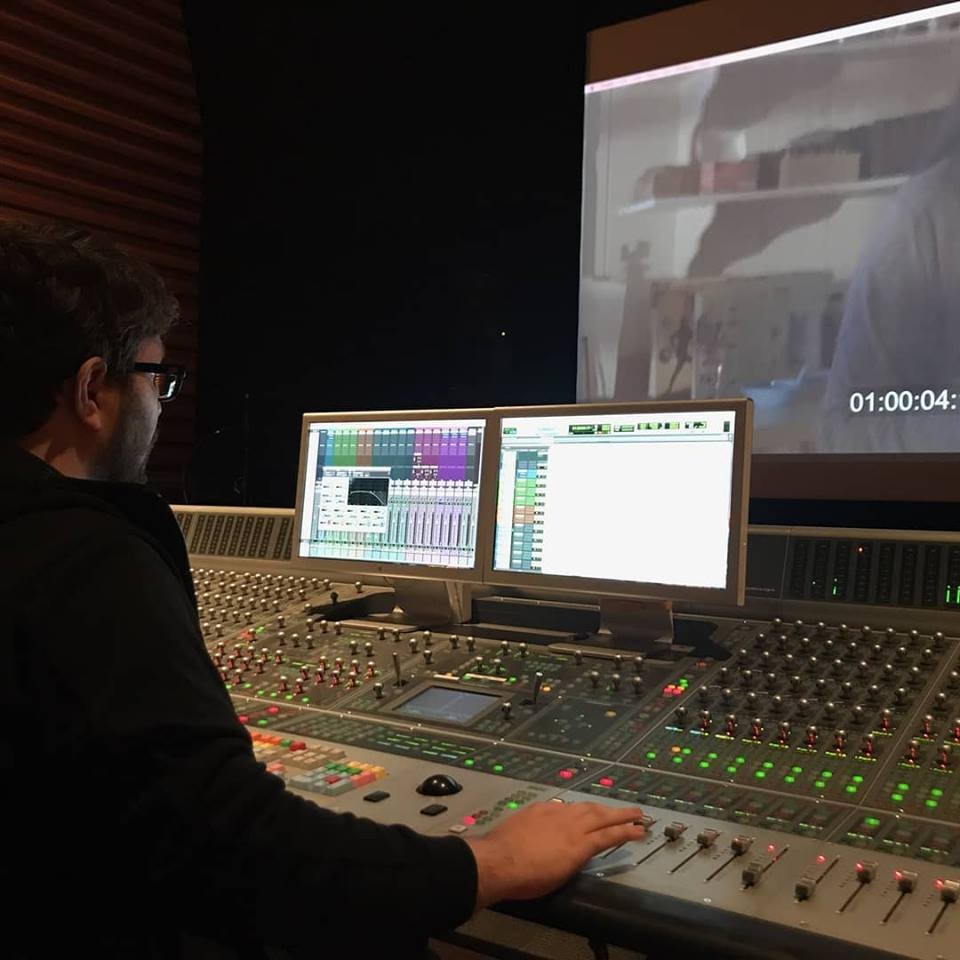 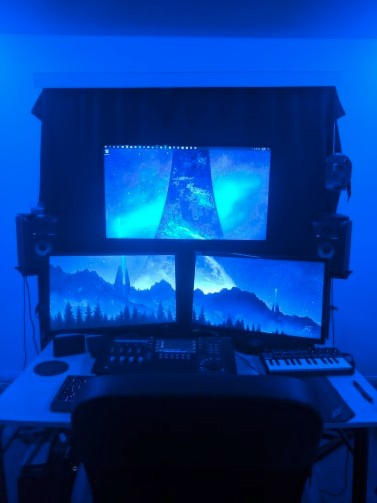