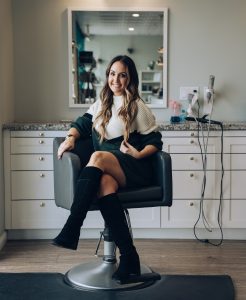 Today we’d like to introduce you to Jessica Sibiglia.

Hi Jessica, please kick things off for us with an introduction to yourself and your story.
The beauty industry was always something that intrigued me. Growing up, I was a competitive dancer and one of the parts I loved most was getting ready for competitions by doing my own makeup and hair. In high school, I wanted to go to hair school and eventually own my own salon. However, when I was in Jr. high I developed a tremor in my hands. I went to several doctors and they said it was called “essential tremors” and would probably never go away but would most likely not get worse. This made me decide to take a different direction.

I went to Cal State Fullerton and originally declared as a business major. I changed it to kinesiology because business seemed boring and at least I could play sports as a kinesiology major. I lost my way in college and all I knew was that I wanted to work with people and that I didn’t want a job where I sat at a desk. I ended up graduating with a bachelors of science in Kinesiology with a focus on teaching. I tried to make my degree work for me, but truthfully wasn’t passionate about it. So after working random jobs for a couple of years, I finally decided to go to cosmetology school.

I went to Toni and Guy in Costa Mesa and I instantly knew I made the right choice. My first month in school, I went to the Long Beach hair show and came across an extension company called Dreamcatchers. It was an individual beaded method and being that I loved wearing extensions, I knew I wanted to do them. I got certified the next month and knew this was something I wanted to specialize in. I graduated in 2012, got my license a month later and immediately started working at a salon.

In 2016, I got a job with Dreamcatchers/Hairlocs as a traveling extension artist at hair shows around the country. I did that for two years and had a blast. Met so many amazing and talented people. Then in 2018, I left Dreamcatchers to work with Bellami. Before 2018, Bellami was only doing clip in extensions, but I knew they had amazing hair quality and were about to launch a professional line of four different methods. I just had to be a part of that.

Soon after, I became a Bellami educator. It was such a great experience and really made my extension career take off. I realized that being behind the chair, actually changing women’s lives with color and extension transformations was where I wanted to be. It is what my true passion is. I have been working at the same salon, Hair Theory, for the last three years. It’s a beautiful space and perfect for me and my clientele. My next steps are to get an assistant so I can streamline my days and give a better client experience. I no longer want to own my own salon because I am perfectly happy growing right where I’m at.

Would you say it’s been a smooth road, and if not what are some of the biggest challenges you’ve faced along the way?
Going to hair school in my mid-20s was hard. Most of the students were much younger than me and living at home still. I had to work nights bartending and then wake up early for school five days a week. I barely slept, but it was only for ten months so I was motivated to get it done.

I also thought that because I was starting my career later than most that I didn’t want to “waste my time” assisting, but looking back I should have just assisted because I probably would have got to the point I am now much faster. Instead of making a bunch of mistakes along the way, I could have had a senior stylist to inform me of how to avoid them.

My job is very physical. I’ve had body breakdowns along the way and have to take more time out of work to take care of my body. Like massages, chiropractor, acupuncture….that way, my body doesn’t fail me later on.

Can you tell our readers more about what you do and what you think sets you apart from others?
I specialize in five methods of hair extensions and color transformations. I also recently became certified in a new revolutionary method of extensions, particularly for people with thinning hair on top of their heads. It’s pretty amazing and really great for anyone considering an alternative to hair replacement surgery. I am a perfectionist when it comes to extensions and my most important goal is to always keep the integrity of every client’s hair intact.

What’s next?
My current future plan is to get an assistant so that I can get clients in and out faster and to streamline my business. I don’t plan to own my own salon, but maybe one day I will decide to share a salon suite with someone so I can have more say in how things are ran. However, that is far into the future because I love where I am at now. 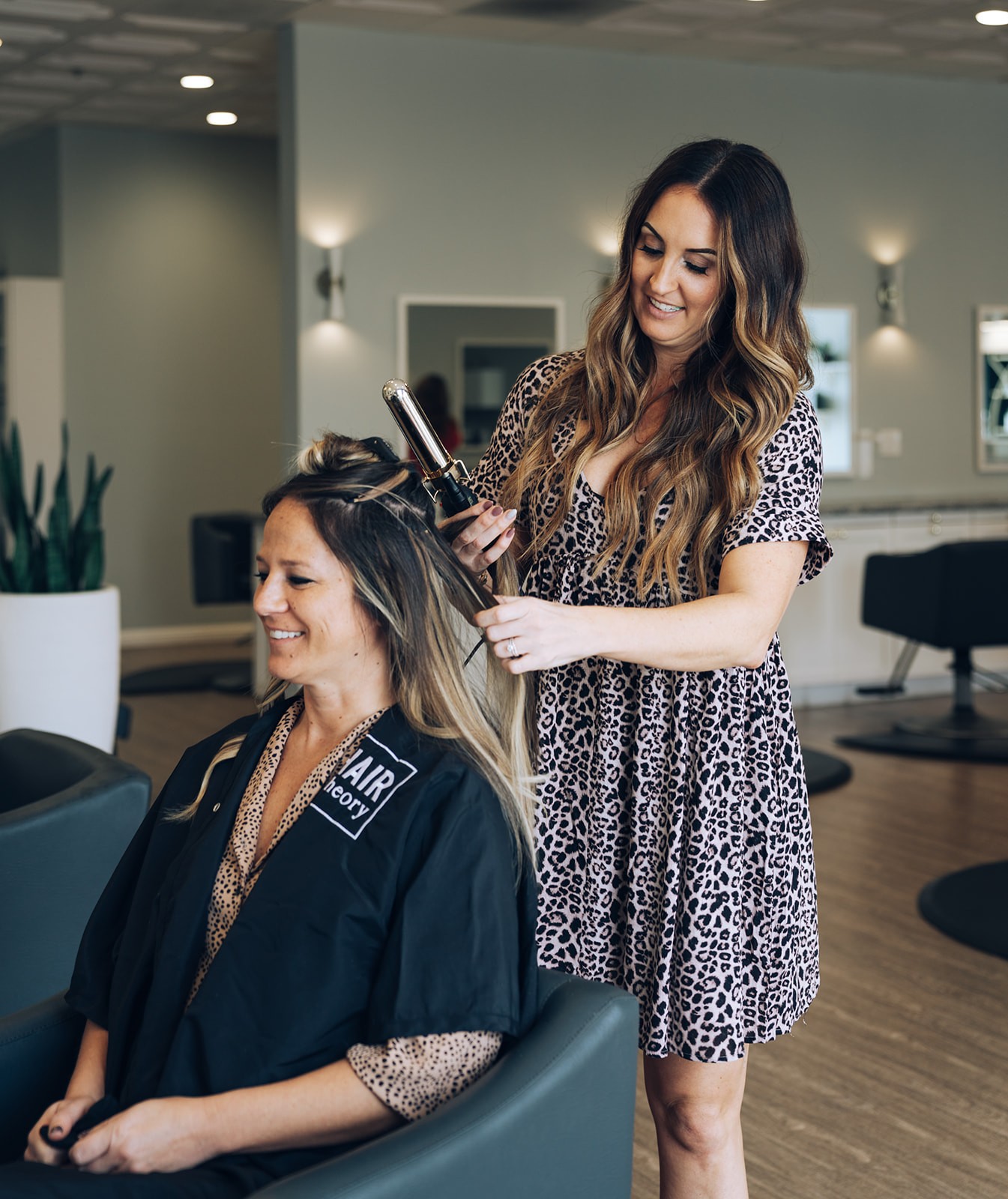 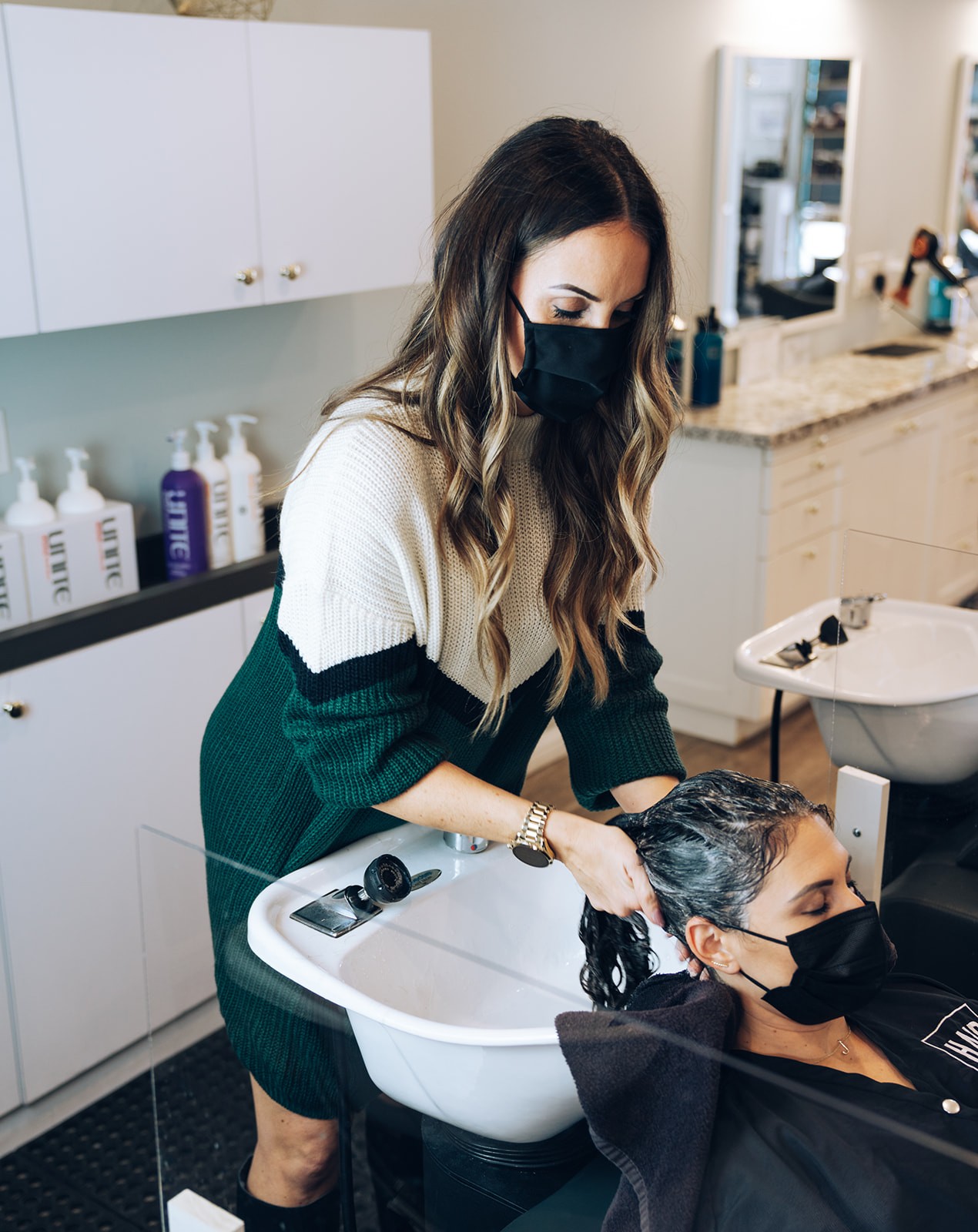 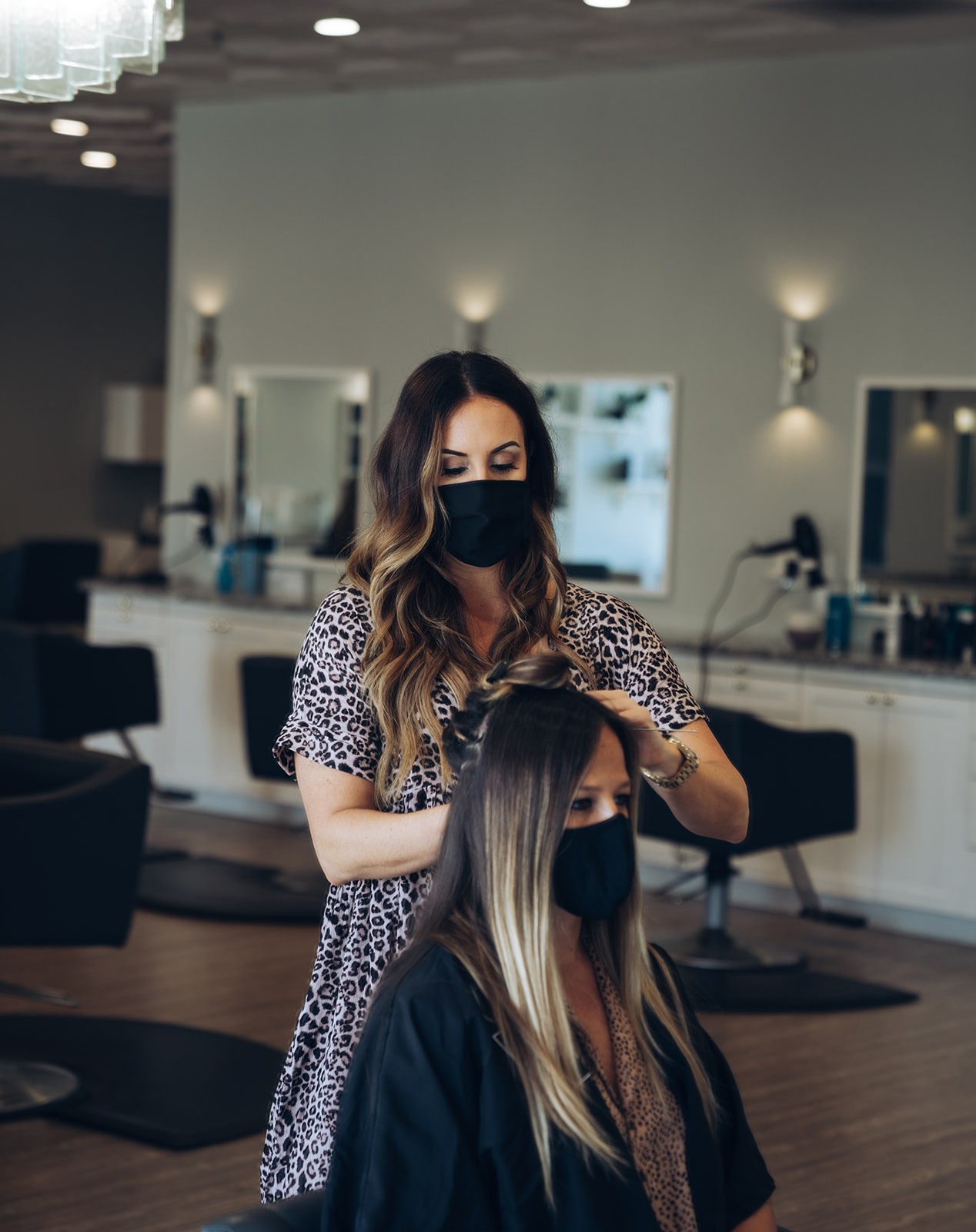 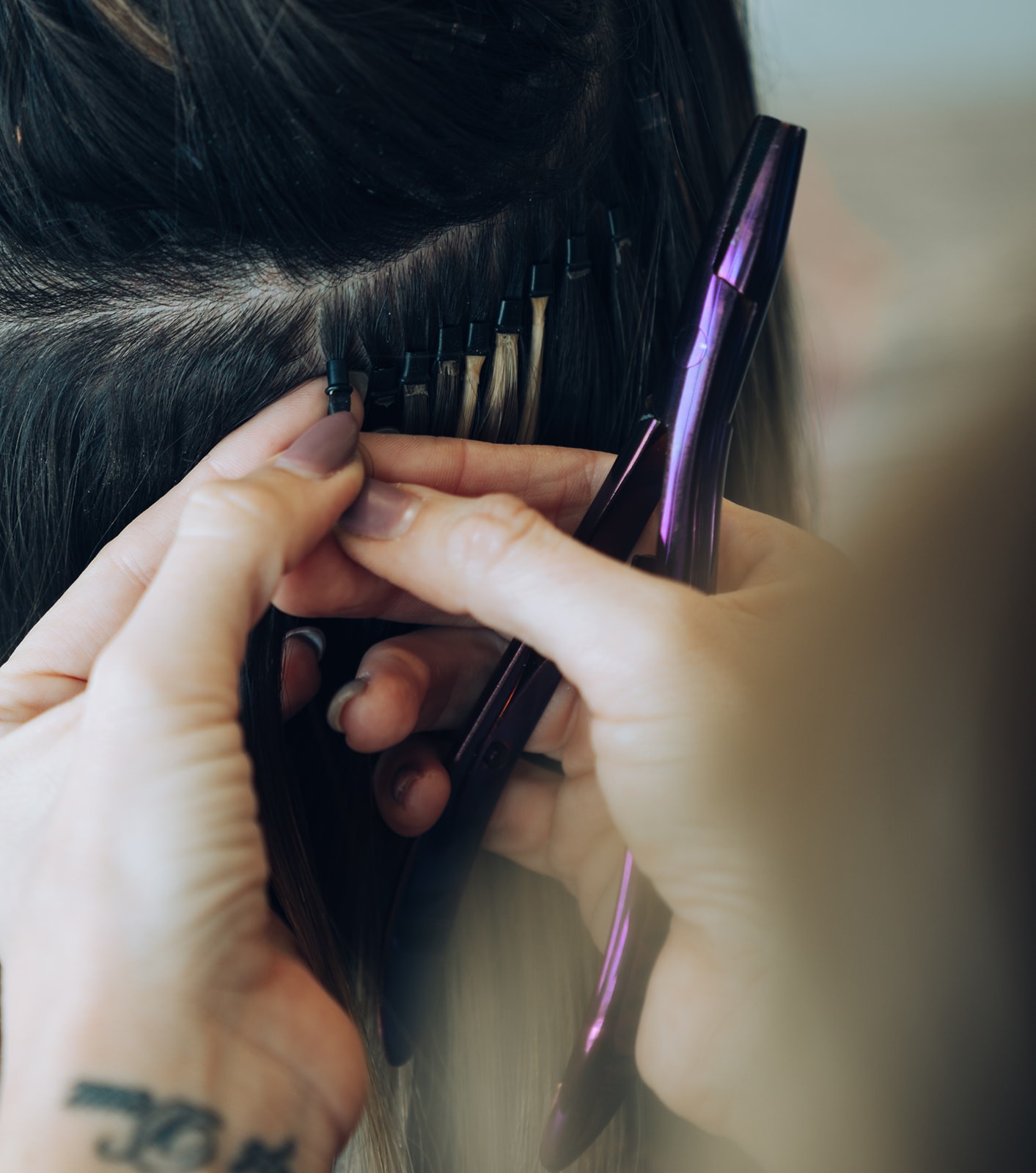