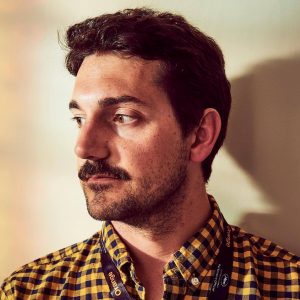 Today we’d like to introduce you to Andrew Merrill.

Alright, so thank you so much for sharing your story and insight with our readers. To kick things off, can you tell us a bit about how you got started?
In the seventh grade a teacher at my catholic elementary school started a film club. I did not join. I was too shy to participate, but I watched from the sidelines or peeked over my friends’ shoulders as they played around with one of the early versions of Final Cut on the colorful bubble mac computers in the science lab. I remember one of the defining moments was watching the teacher reverse footage of a kid jumping off a play structure so that it looked like he flew up. The mundane was transformed into magic, and the course of my life changed forever. By the time I was a freshman in high school, I knew my life’s goal was to direct movies. I saved up money and bought a friend’s second hand Canon XL1s. I loved this camera and it was one of my prized possessions. I filmed short segments for my church, live concerts, weddings and even harassed my friends into helping me make a feature film. We only ended up making 45 minutes of the feature, but we still held a little premiere in my room for everyone who worked on it. All of my filming in high school was learning the steps of mounting a successful production, from just getting the nerve to get the train rolling to figuring out logistics, getting crew and actors, and keeping people’s attention and energy focused while cameras rolled. By the time I got to Chapman University, the equipment might have been more advanced, but all the steps to making a film were the same. I loved my time at college, where almost every weekend was working on some senior’s thesis, or late night editing in the lab, or passionately re-writing scripts that would never see the light of day. I went from a shy kid, too afraid to step out of my comfort zone, to mounting and leading massive productions where dozens of people worked to make my vision come to life.

We all face challenges, but looking back would you describe it as a relatively smooth road?
When I graduated college, I honestly thought I would be getting directing gigs within months. It took a long time to realize no one was going to hand me a career, I’d have to do it myself. I made numerous short films, I experimented with genre, and with each project I tried to stretch myself creatively. In 2015 I started voicing my plans to make a feature film. My plan, like with all of the short films I had made up to that point, was to film on weekends so I could keep my day job. I started writing a script that could be easily shot in segments, something that took place in apartments and other locations I thought I could get, but with a couple of big moments that would add production value and create a challenge for myself. Looking back, overcoming the obstacle of financing was minor compared to the way more monumental task of actually getting the production up and running. They say if you love what you do, you never work a day in your life. I love directing, but making a film is a lot of work. The first draft I sent to people was deemed barely a script, and over the next year and a half I would re-write and hone the pages and then get people to tear it apart, and then I’d start the next draft.

One of the biggest things I’ve learned about filmmaking over the years is you have to have armor-like skin, and throughout the entire process of making the film, I was completely open to people cutting it down, no matter how much that hurt. The issue of not having money meant I had to ask a lot of favors and do a lot of things myself. If there isn’t a studio paying people, it takes a lot to motivate people. I brought on a producer (Beth Crudele) and we spent six months looking at actors’ headshots, holding auditions, callbacks, finding crew, locations, and planning out the schedule. While I realized my initial idea of what the budget would look like was laughably low, sometimes you have to lie to yourself in order to just get out of bed in the morning. By the time we started filming Rot, I had spent two years working on the script. We were using my apartment for the first three weekends of production, we had half of my stuff shoved into closets to make way for set dressing, there were too many people in my tiny kitchen, and with the equipment we had we weren’t getting the shots I saw in my head. I was frustrated, terrified of how much money I was spending, and unhappy with everything we were capturing. It took two days for me to remember that filming required going in with a plan and then immediately throwing out the plan and utilizing what you have in front of you. It became my mantra on set: how do I make this scene work with this location and these actors and this equipment to best serve this story? Suddenly any obstacle that arose was a creative challenge and not something to fight against.

Instead of doing ten takes of the master on day one and brooding by the monitor wondering why it couldn’t look like it did in my head, I opened myself up to change and my filmmaking improved and we started capturing footage that was better than I originally envisioned. That’s been my biggest lesson in film: adaptability. When I cut the film together and showed the first audience, people HATED the film. Hell, *I* hated the film. But by then, I could say, “Okay, this is what I have to work with, now how do we fix what people don’t like and keep the integrity of what I was going for originally?” Much like the script, I spent a year letting people tear into the film. “Here, take this thing I’ve poured my passions into for the last few years and just….do your worst.” I cut the film down, I rearranged scenes, I filmed new insert shots, I even created the entire opening credits to help clarify story and set the mood. I continued to edit until one night we screened the film and people…liked it? The real tragedy of filmmaking is that as soon as a film is “done” it suddenly becomes clear exactly what should have changed from the very beginning to make it even better. But now that Rot is out on Amazon VOD, I can look back fondly at what was one of the most difficult challenges of my life, and I can’t wait to do it all again.

Thanks for sharing that. So, maybe next you can tell us a bit more about your work?
I specialize in directing, but when making short films, I tend to also be the writer, cinematographer, editor, colorist, and sound designer. Over the last ten years, I’ve made independent television pilots, numerous short films, and just recently I released my first feature film Rot, which is out on Amazon VOD. Check it out. My work tends to be darker in nature, but I enjoy many different types of projects. I started out directing comedic light-hearted stories, but over the years it’s shifted to the cynical. Maybe that is a result of becoming more aware of the world around me, the only way to handle the insanity of the last few years is to turn to the grotesque. I think what sets me apart from other filmmakers is my willingness for people to criticize my projects in order to get feedback. I create a welcoming atmosphere for this feedback, which allows people to be more honest when they are telling me what they think of my work. I know that’s a weird aspect to highlight, but in my opinion, filmmaking is both art and entertainment, and satisfying both requirements can be difficult. I enter projects with intentions, with a vision of what I want it to look and feel like, but having the ability to shift gears, to excise parts I love in favor of clarity, to adjust my vision to balance it out with the needs of the audience, is a skill that took many years for me to hone. I’m proud of how I’ve evolved over the years. I love looking back on who I was, and I am continually excited to evolve and improve in the future.

What are your plans for the future?
I’m so used to self-financing projects that I typically write with that monetary limitation in mind. But recently I’ve been working on ideas where I ignore the budgetary concerns and write as if a big studio was funding me – and let me tell you, it is super fun. I’ve been having a blast painting on a much larger canvas and dreaming big. On the flip side, I am also a practical filmmaker and have a smaller scope project that will be more financially achievable, which I hope to film next, possibly as soon as next year. My next goal for this upcoming year is to write two more feature scripts to have for future development. 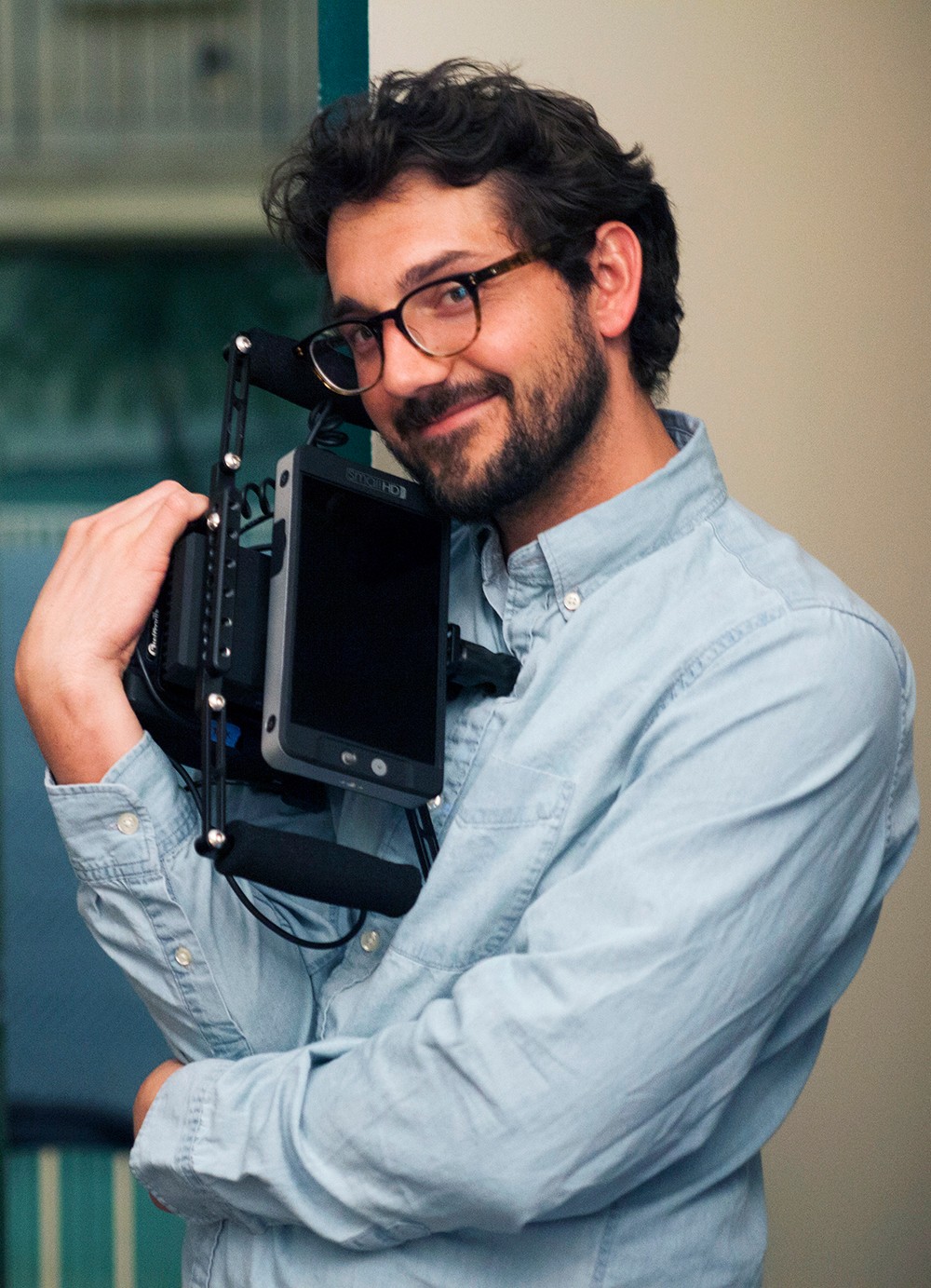 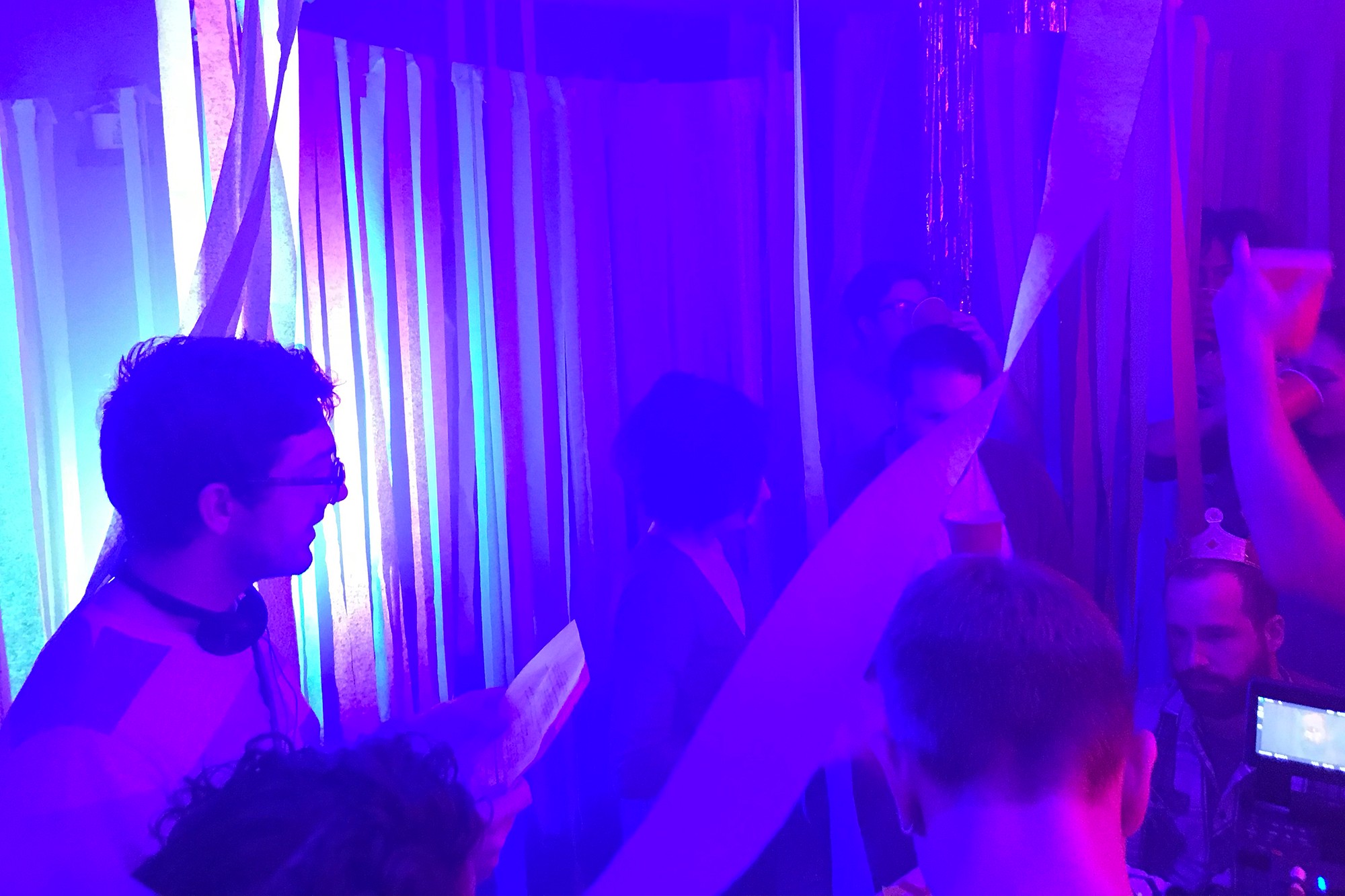 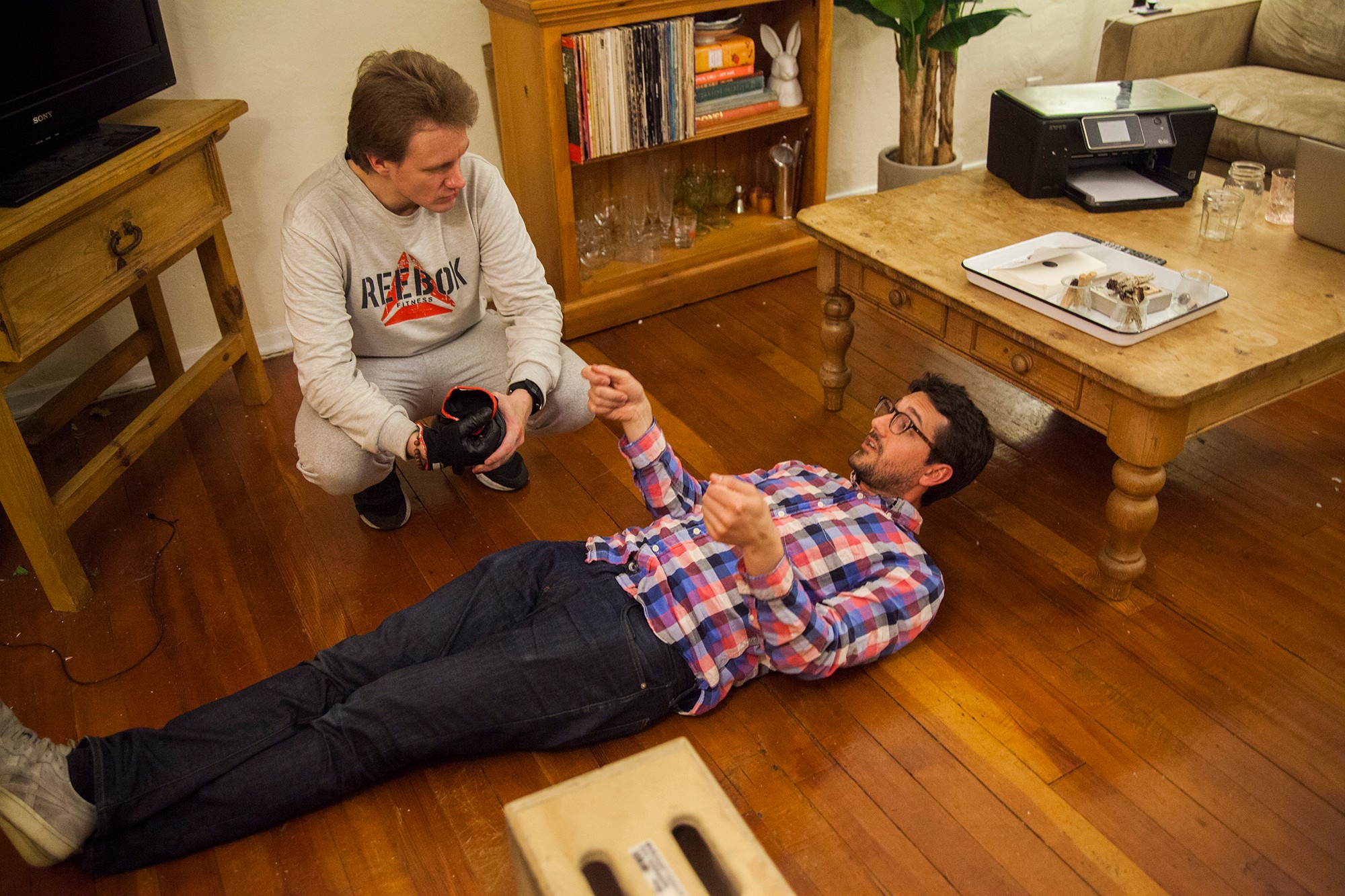 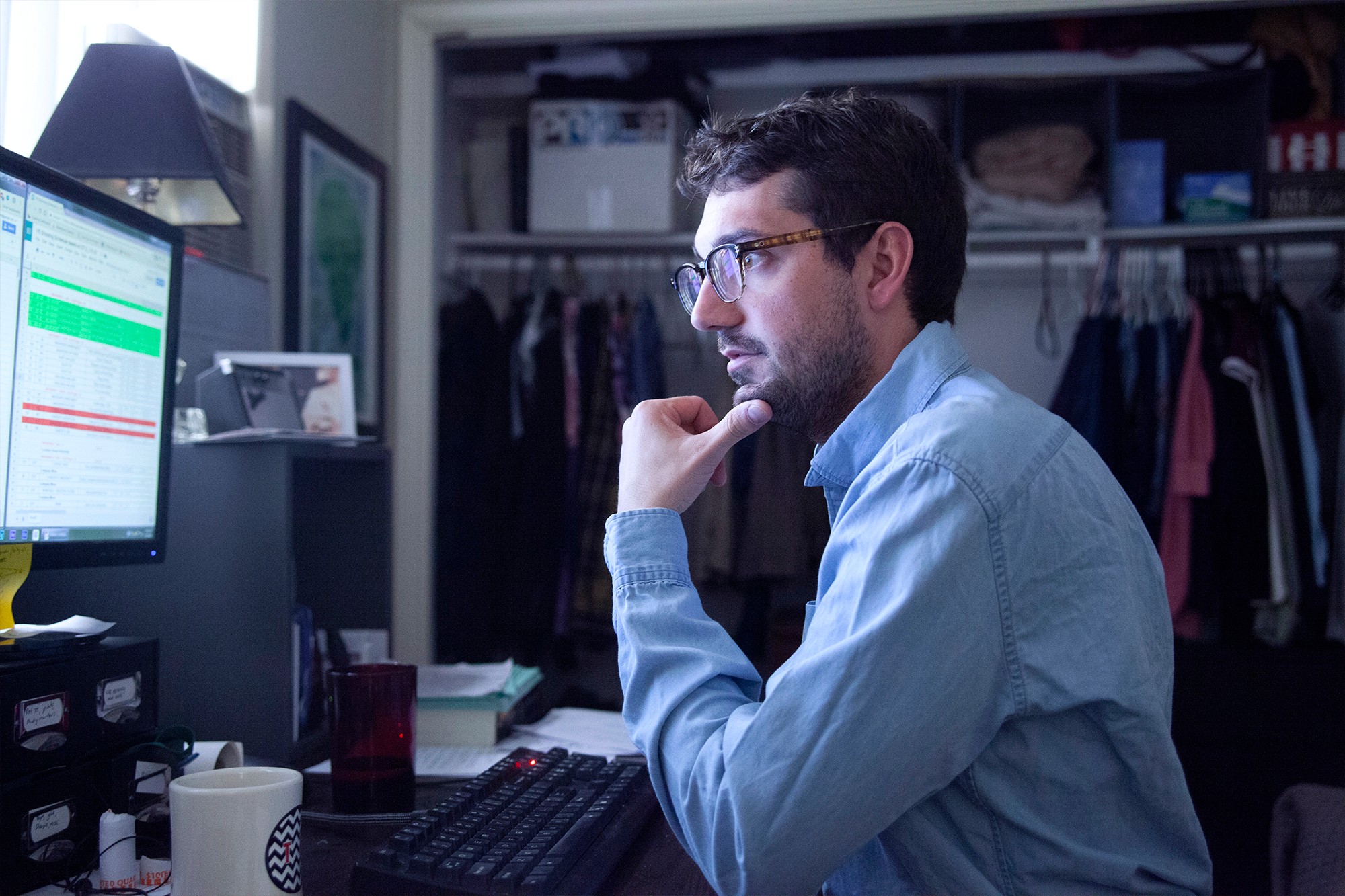 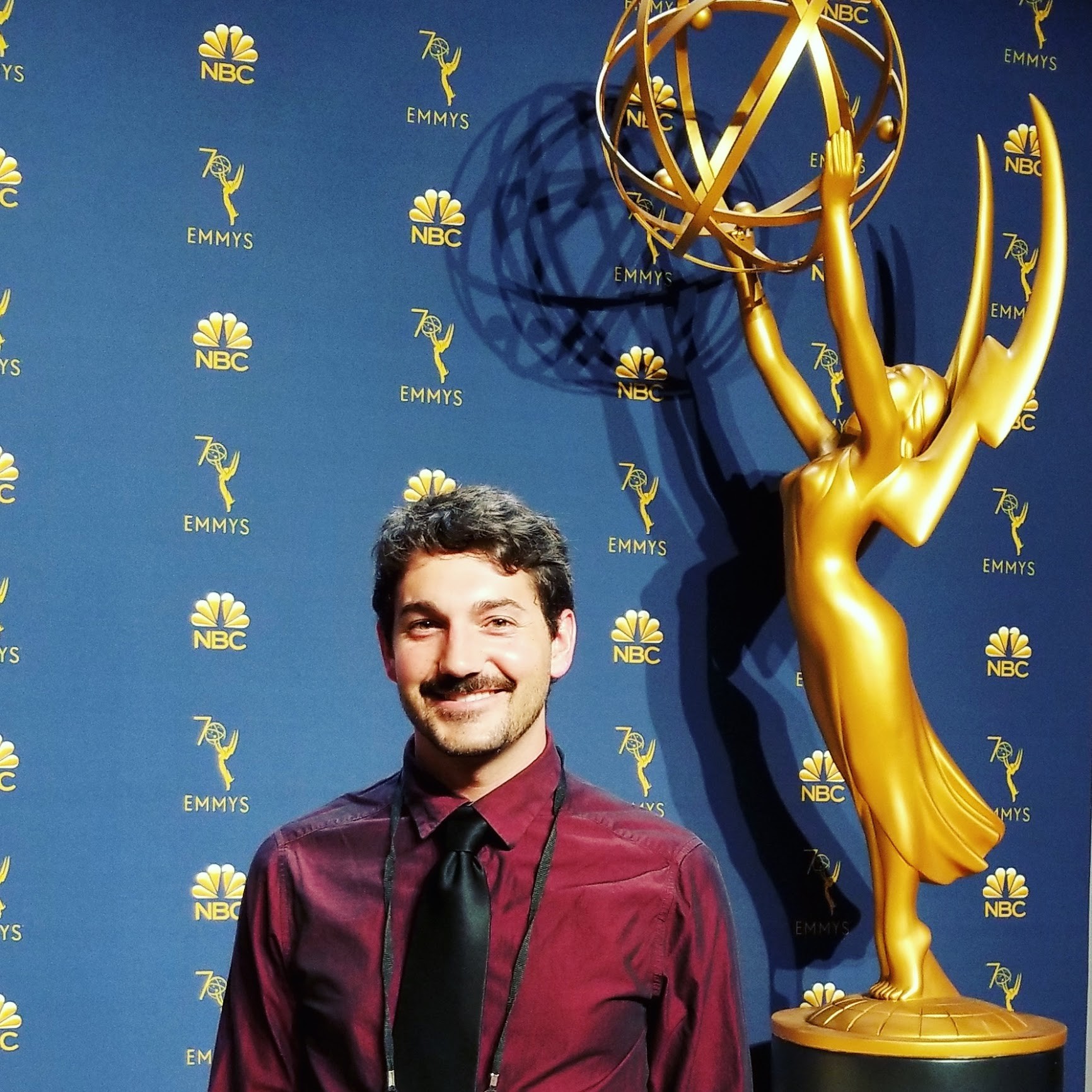 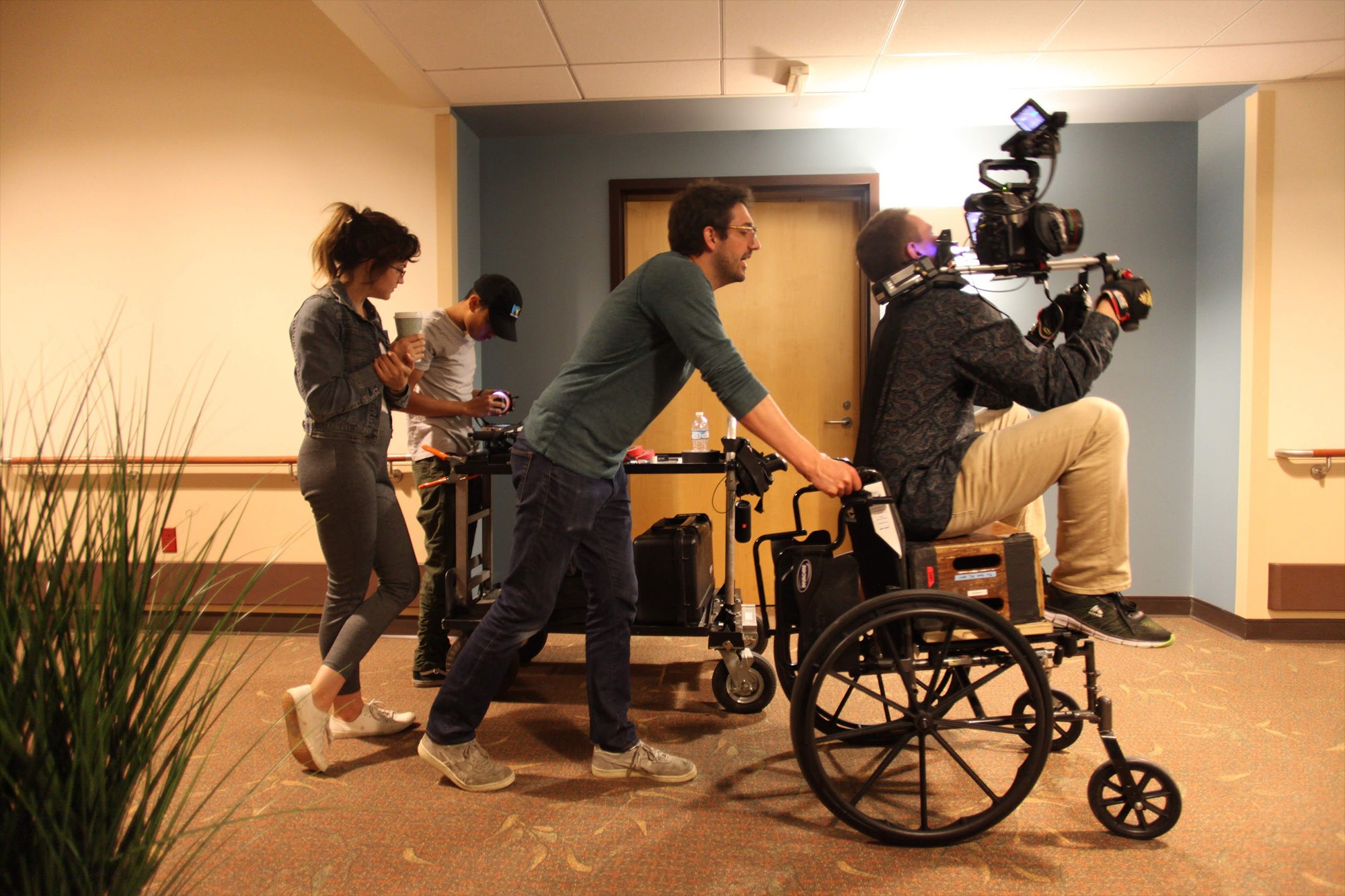 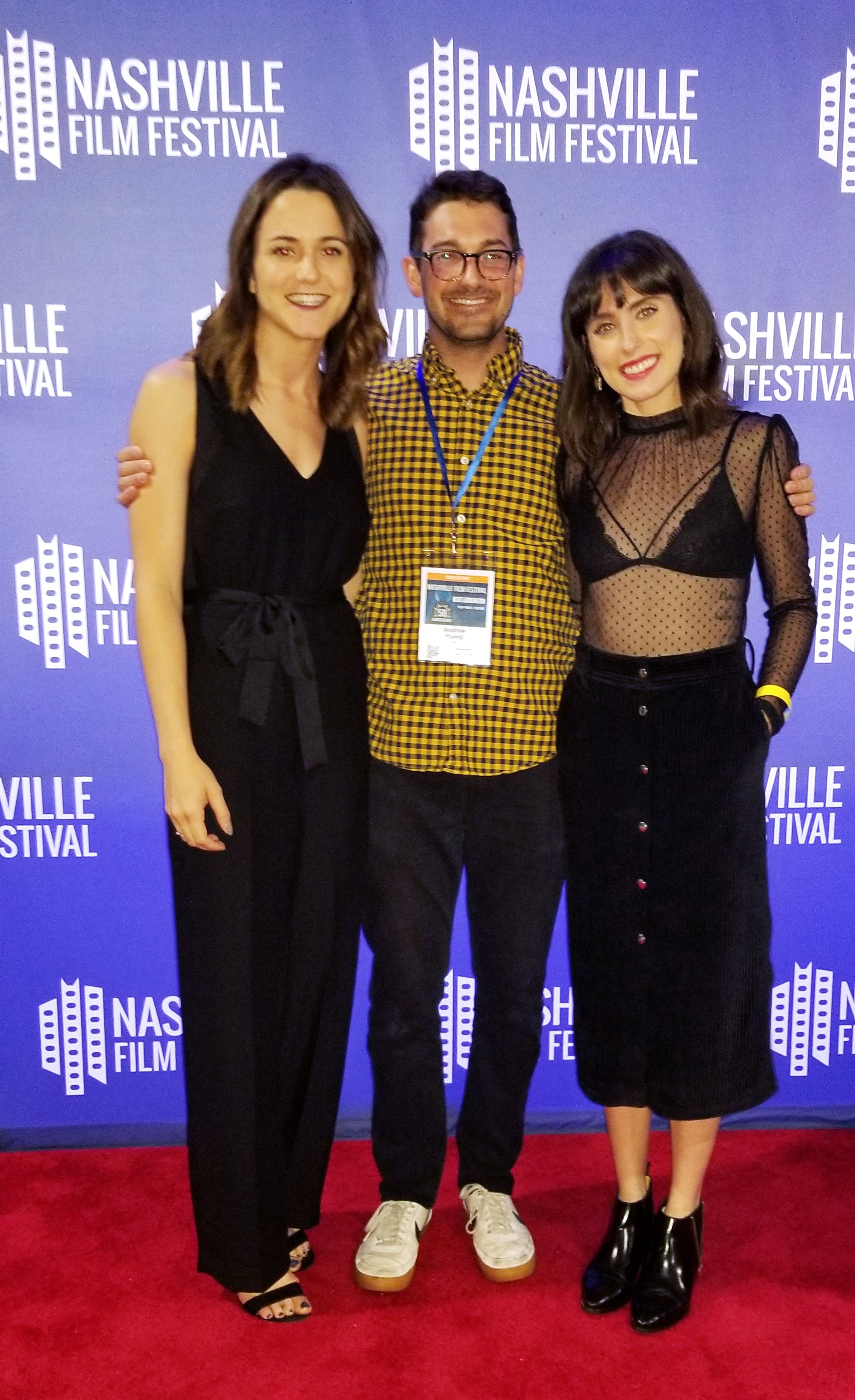