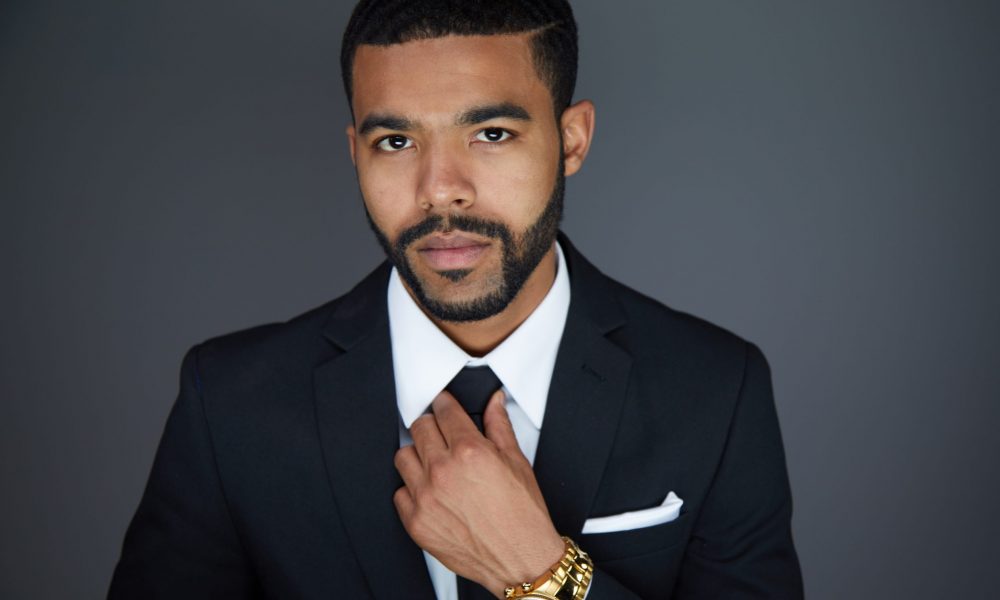 Today we’d like to introduce you to Ruben Thomas.

Ruben, please kick things off for us by telling us about yourself and your journey so far.
Born in Atlanta, GA, I relocated to Athens, GA when I was 2-3 years old. I was living in a small section 8 apartment on the eastside in the hood where the crime rate was high and drugs dominated the environment. I discovered at a very young age that music and sports came naturally to me. I loved instruments, and I loved competing. I had a lot of built up internal aggression from being raised in poverty. I got addicted to how the music made me feel and the recognition I received from being a talented athlete, so I leveraged those two things for a long time. I avoided tons of trouble from being in the studio and being involved with sports. By ten years old, I was making my own beats, writing my own music and recording all the kids in my neighborhood. Before the Age of 11, I already had several mixtapes recorded that were uploaded on myspace and printed on cassette tapes. My dad use to have me in the bootlegger with him when he played pool and gambled, so that’s where I sold my songs that were on cassette tapes. I joined my school band and played the trombone from elementary school to high school. Once I became a first chair trombonist, I moved on to become a drummer, playing in the marching band and at local churches in the area. By 15, I was performing all over the city and collaborating with other artists. During this time, I would go stay with my aunt on my mom’s side, so I could be closer with the family that I had never met before. During this time I learned a lot about my mom and a lot about my childhood. My aunt had revealed to me also that my father in which I grew up with wasn’t my biological dad. I was shocked at this news and began to grow into this rebellious kid who was mad at the world. I displayed most of the anger in my earlier mix tapes.

I didn’t grow up having a relationship with my mom. I was 1 of 4 kids, and my mom gave us all up for adoption. My mom was married to the guy who I knew as my dad, so I grew up with him and his family. Unfortunately, my younger brother and two older sisters went to different families and we didn’t meet each other for the first time until we each turned 18 years old. I wasn’t on track to graduate from the public high school I attended, after dropping out a couple times and being involved with the streets. My best friend who was one of the top athletes at the time was recruited by a private Christian school to play sports, so he put in a good word for me and I got recruited as well. This enabled me to catch up and graduate on time, all within my last year of high school. This is also where I began to learn about Jesus and spirituality. My eldest sister and I became really close my senior year, making up for years of lost time. My sister ended up dating a guy who had been fired from a cable company, who no one really approved of due to how he carried himself, and things he would involve himself in. He committed mass murders around the city and had my sister unknowingly helping him. He disguised the crimes he committed as opportunities to install people’s cable and internet in the hood. He ended up being caught, along with my sister as an accessory to murder. He received life in prison and my sister received 25 years in prison. After this happened, I decided to enlist in the United States Air Force.

I didn’t know anything about the military nor did I ever want to join the military. My main reason for joining the service was because I was very lost and didn’t know what I wanted to do with my life. I needed money to survive the conditions I was living in, so I sacrificed being an athlete and volunteered. A year later at 19, I met a girl in the military and married her. A year later she got pregnant with twins. They were born a month before I turned 20 years old. We had a rocky marriage, due to us being young and living in an isolated located due to my career in the military. I found out later, after getting a tip from our babysitter, that she had been having an affair with multiple people, while I was away from home. After finding out the information was true, I filed for divorce. My children were almost three years old at the time. In the process of getting a divorce, I had to take a paternity test for the courts. The DNA results came back 0%, proving that I was not the biological father of the twins. This was devastating news to me and my family but was also a pivotal moment for me. I decided since the family I thought to have had gone down the drain, that it would serve me better to have a completely fresh start with everything. My personal life was now public and that didn’t give me peace, so I decided to walk away from everything including discharging out of the military. After all the divorce and out processing of the military dust had settled, I was left with roughly around $8K in the bank. I took all of it out of the bank and purchased all of the music equipment necessary for me to create at a high level. A couple weeks later I drove from North Dakota to LA.

When I got to LA, I had about $1,000 dollars to my name, and a car filled with my clothes and musical equipment. I used my military benefits to enroll in the Los Angeles Recording School. Unfortunately, the school didn’t offer housing and my benefits didn’t process for nearly six months. I had to survive in the meantime by sleeping in the front seat of my car and at shelters from time to time. The following month, my car got towed during Grammy weekend and I wasn’t able to afford to get it back, so I became homeless for a while. So I gathered my belongings, put them in storage, and abandoned the car. For about eight months, while going to school full time, I couch surfed, slept on the beach, in alleys and parks, etc. until I saved enough money up to plot on my next move. The money I received from my military benefits wasn’t nearly enough to survive in LA, so I invested it in my music by building a small studio. I slept in my studio for over a year, until I had enough money saved up to buy a cheap, used car. Once I bought a car, I did post mates, Uber, cleaning gigs, etc. until I figured out the next move and had a little more money saved.

Through networking, and building a strong client based with the resources I had, I started a company “Ubook Studios” where I would go to my clients and record them in their home. The idea for my company derived from having my studio in my car and not having a place to set up and create. So, I would volunteer to create for other artists for free if they would allow me to set up my equipment and work on songs for myself also. This picked up and allowed me to have more financial freedom to take my music to the next level. I began attending seminars, watching countless youtube videos, reading and listening to audio books to learn more about business and entrepreneurship. Once school was all said and done, I finished with 3 degrees; a recording/ engineering Associates, music production Associates, and a Bachelors in Entertainment Business. After school and up to this day, I apply everything that I’ve learned from school, the streets, the military, and other experiences to cultivate opportunities and to build better relationships. I also decided that it was also time to put all that had happened to me into my music, so I began producing and working on my debut album.

In the process of producing my album, I was heavily involved with my church (One Church) and my pastor (Toure Roberts). During this time I learned more about GOD than ever before and a lot about myself. I decided to name my project “Anointed” after I realized how much God has had his hand on my life through all of my shortcomings, setbacks, and weaknesses. I put my story into words and collaborated with a dope female Painter that had just moved to LA from Miami. I related a lot to her situation, as she was homeless trying to prove herself as an artist and dealing with similar struggles as I once did. We produced a dope piece of art that visually tells my story, which will be my album cover for the project that I’m currently working on. This project is very personal to me, so I decided it would be a great idea to find my biological family and include that experience into my project as well. So a few months after my 28th Birthday, I decided to look for my biological father on the internet, and I actually found him. Since I’ve met him and my biological family, I’ve learned so much about myself and where I come from, which has elevated my music and art in so many different ways. I’m excited to be able to share most of these experiences with you in my debut project “Anointed”.

Can you give our readers some background on your art?
I create various different types of art that’s relatable to people with similar stories and with the use of transmedia, I am able to make additional projects from my original art.

I decided to name my project “Anointed” after I realized how much God had his hand on my life through all of my shortcomings, setbacks, and weaknesses. I put my story into words and collaborated with a dope female Painter that had just moved to LA from Miami.

How do you think about success, as an artist, and what do quality do you feel is most helpful?
I define success as when opportunity meets preparation. A few qualities and characteristics that have helped me would be my drive and determination to keep pursuing my craft, my motivation to stay innovative, and my faith in knowing that the desires of my heart will manifest.

What’s the best way for someone to check out your work and provide support?
My work can be seen and heard by visiting www.listen2ru.com, and all social media platforms @listen2ru. 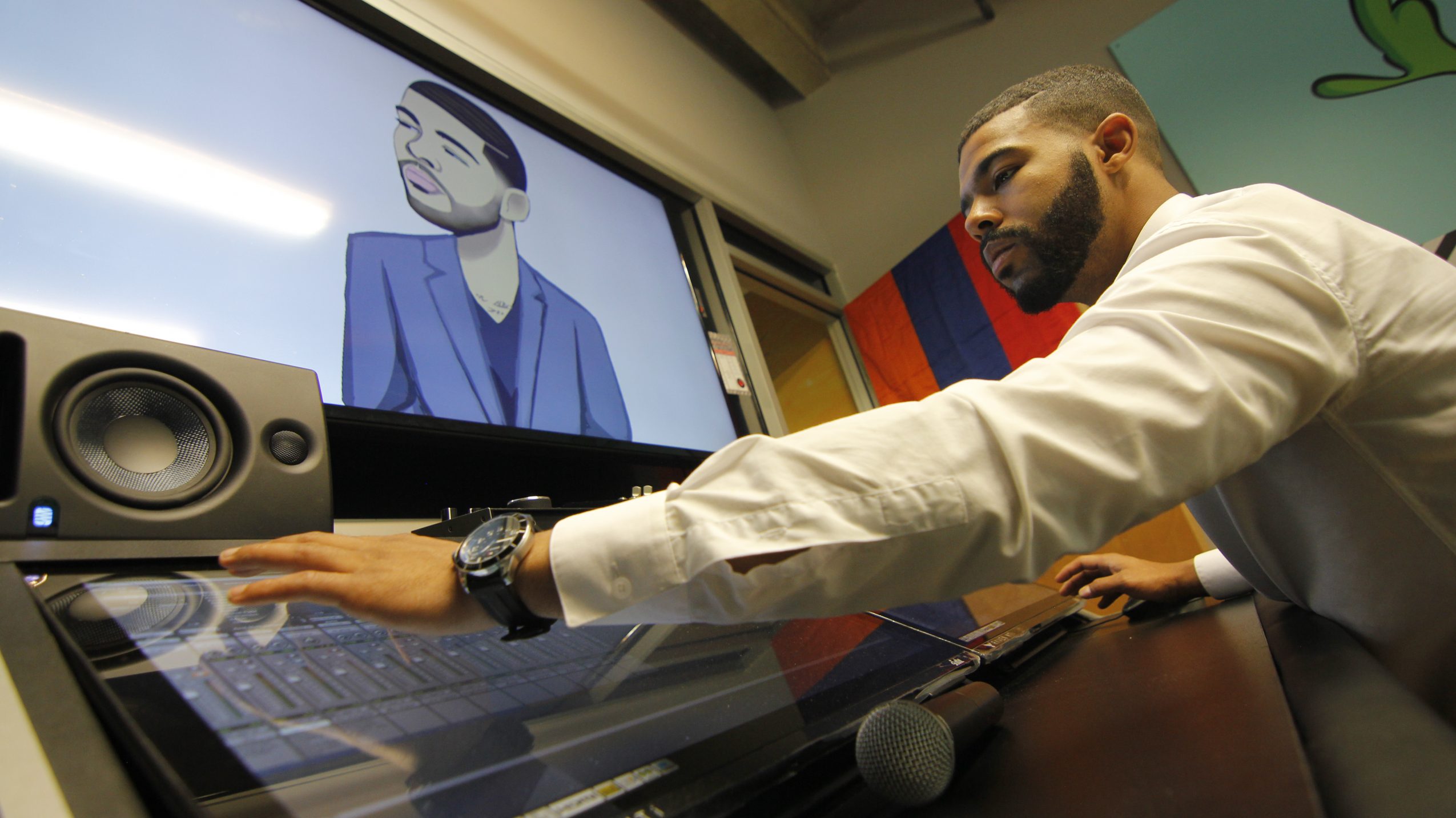 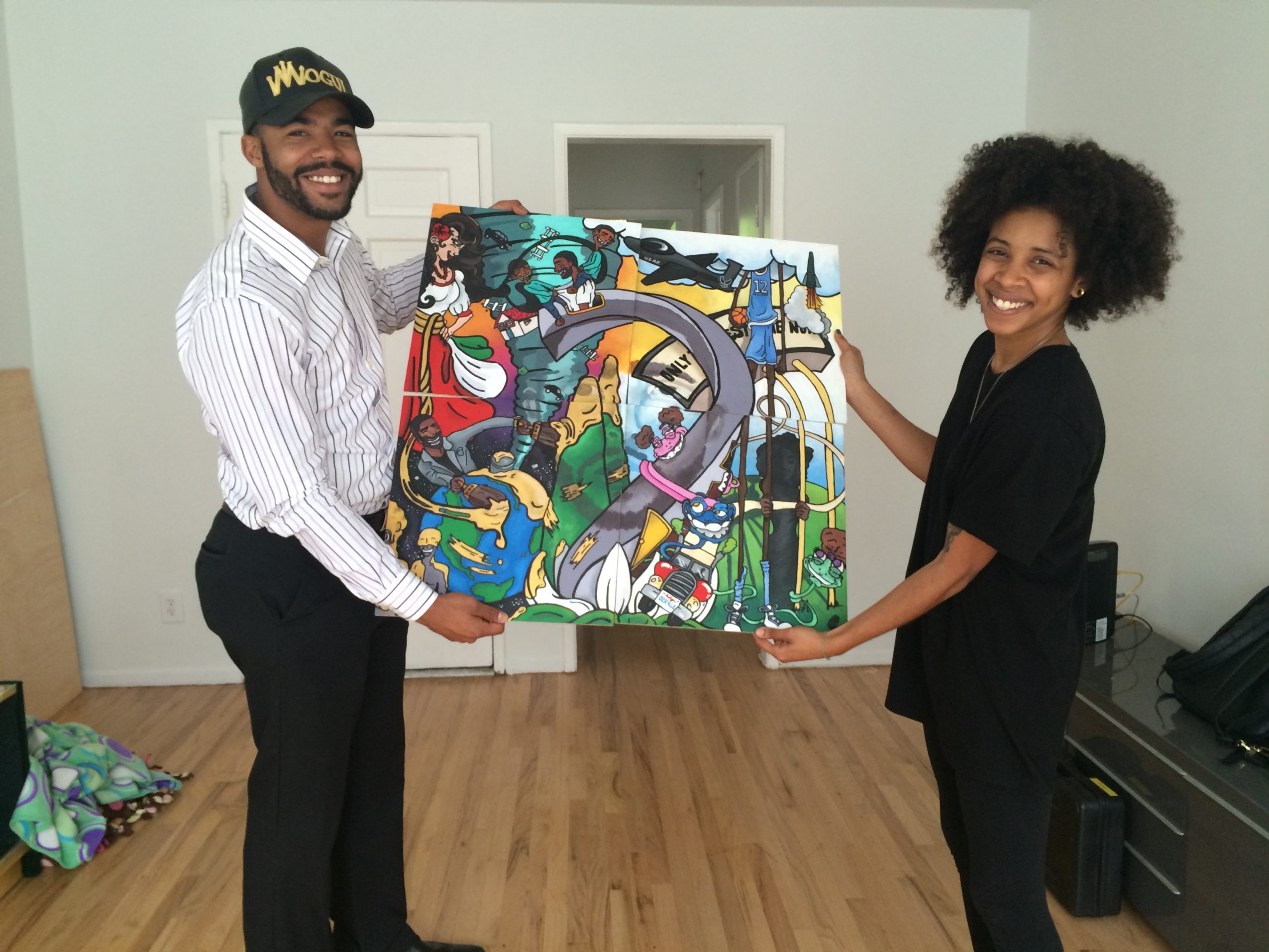 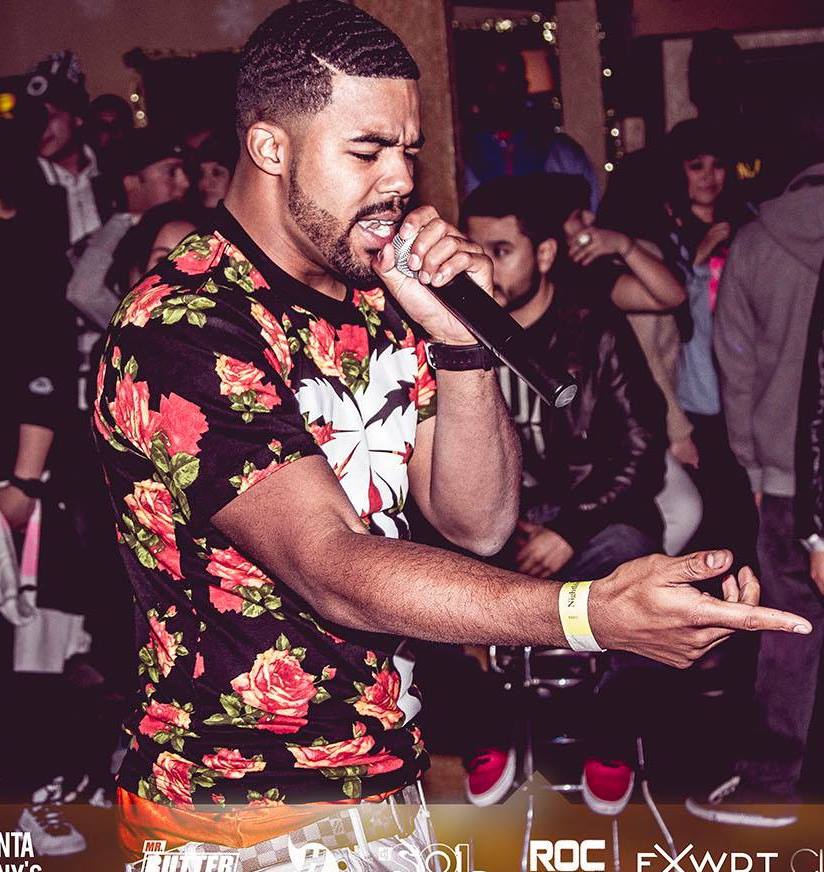 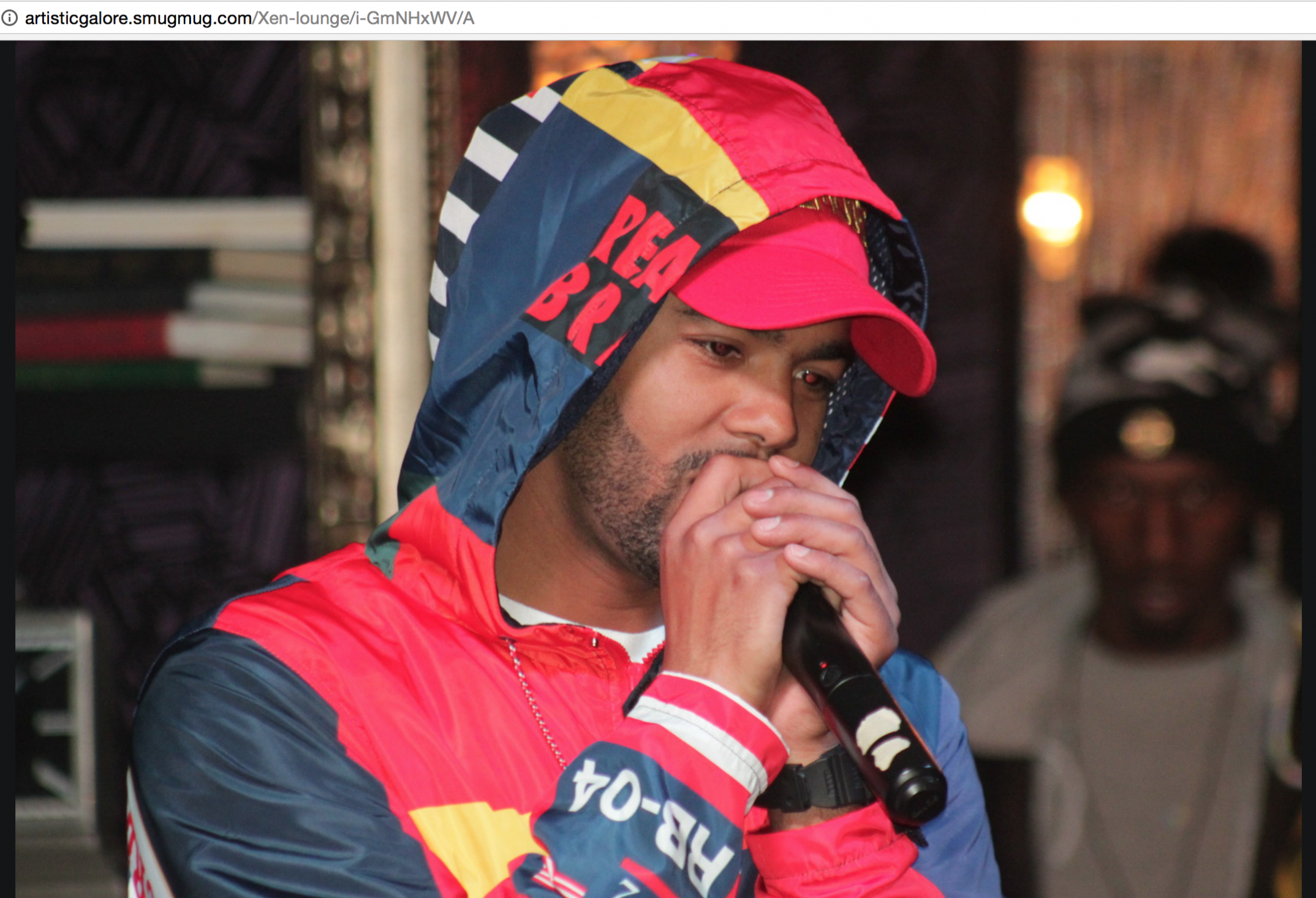 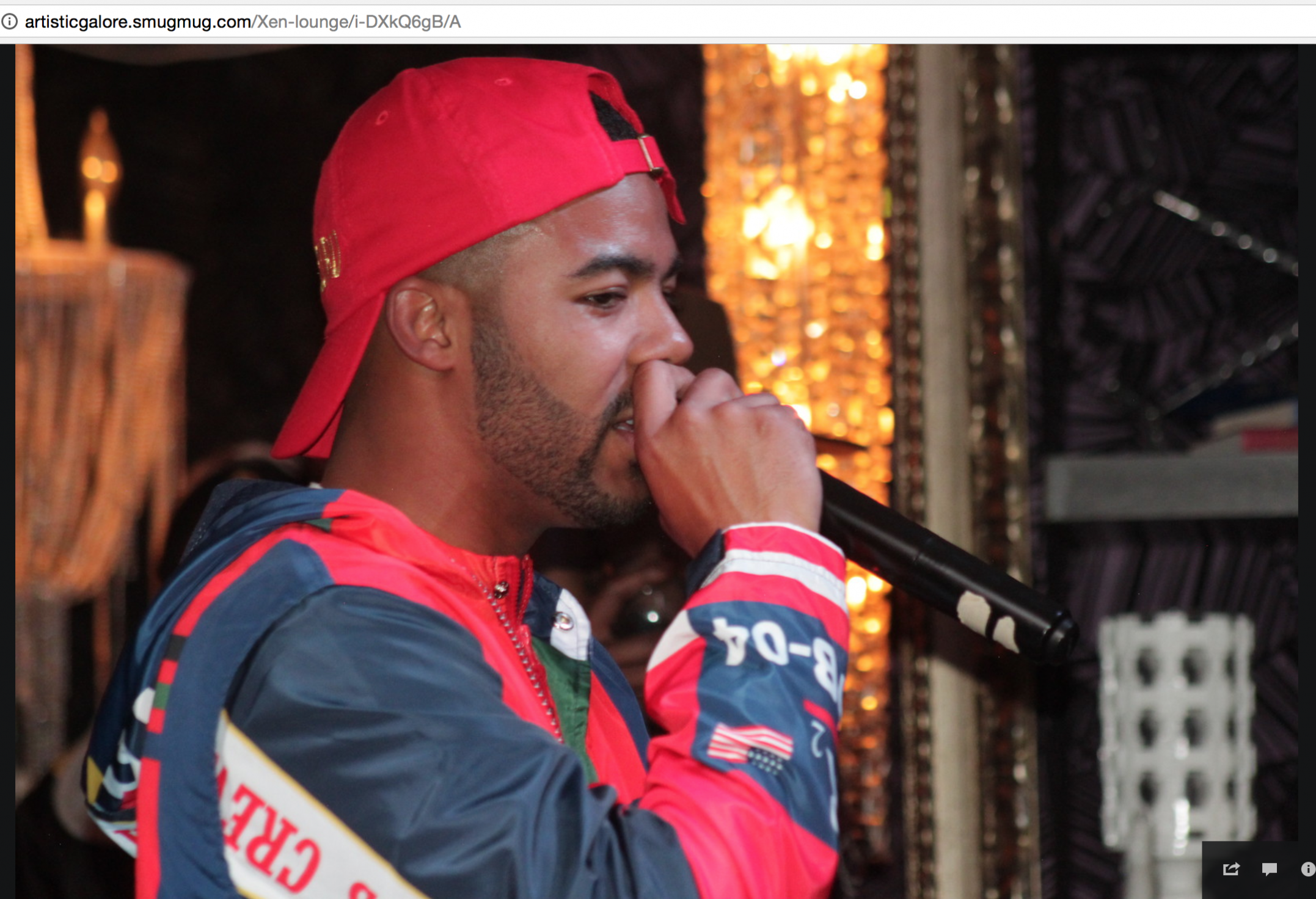