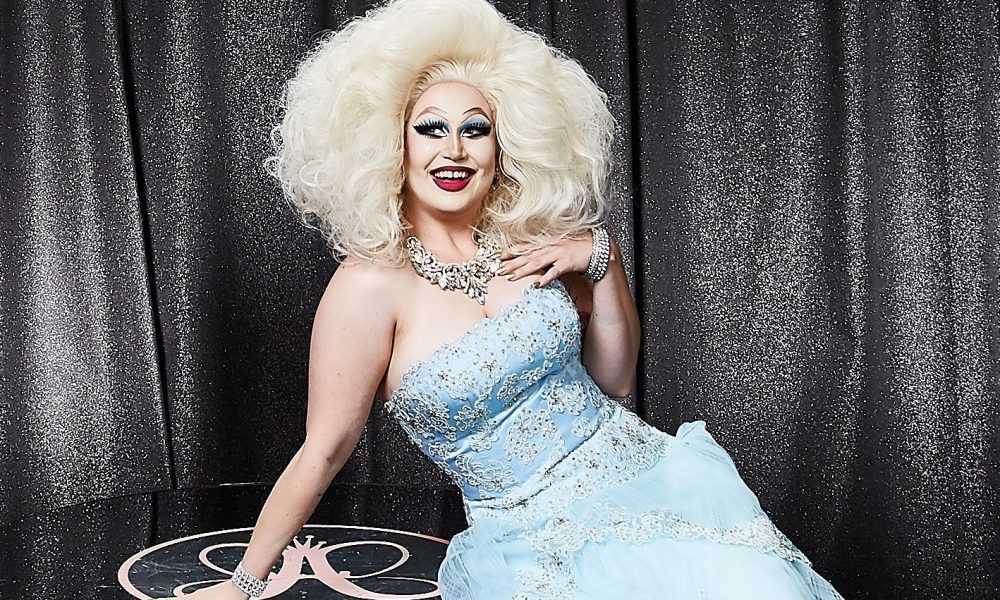 Today we’d like to introduce you to Crystal Palace.

Crystal, please kick things off for us by telling us about yourself and your journey so far.
I’ve been a performer my entire life but always struggled to find the best medium for my art. I dedicated hours to voice lessons, and theatrical training starting as young as 11 and kept it up even past college, but I could never get cast in leading roles (or even at all most of the time). It wasn’t for lack of talent or trying; it was just politics so after a while I gave up on singing and acting because it didn’t seem like a practical way to make a living. I decided to go to graduate school, retreating into the safe and insular world of academia in the hopes of finding something to be as passionate about as I was with performing. The toll it took on my mental health was nearly insurmountable, and I realized that I needed to be on stage or I would die. I dropped out and started doing stand up comedy (another passion of mine) and thought I had finally found the right avenue. I moved back to Chicago to work on my comedy chops before making the move out to LA six months later. It was a tough transition. I ended up in a psychiatric hospital while I was still in Chicago and performing is what helped get me out of the hole. I have a myriad of mental health issues, so I’m no stranger to psych wards and outpatient facilities. Artistic expression and creating have been my life support when I’m in those dark and manic head spaces, so I relished my journey to Los Angeles because I knew I was going to start a new chapter in my life full of possibilities. I remember breaking out into tears when I saw the first sign that said Los Angeles on the drive over because I knew I was finally leaving so much darkness behind. However, once I started doing stand up out here, I realized that particular hustle wasn’t for me. I wasn’t connecting with the scene, and I mostly ended up tagging along to my best friend’s shows instead of performing myself so I decided maybe stand up wasn’t the thing for me after all. It was kind of devastating because I’d pinned so many of my dreams on comedy, but I realized it still never felt that right because as much as people love dark humor, it’s really hard to explore the darkness and the light without turning audiences off or making them think too long about uncomfortable subjects, and I enjoy talking about those things. I don’t mind making audiences uncomfortable with my art because hell, the discomfort I’ve had to live with all my life surrounding subjects like mental health, gender, and sexuality, and trauma is always present. I like to make audiences think and feel and withstand up; I just wasn’t hitting that mark. Once I was out in LA, I started following local queens on Instagram because I’ve always been a huge fan of drag. I remember seeing RuPaul as a child and being absolutely mesmerized or watching Rocky Horror and Too Wong Foo and wishing I could do that too. But drag was for gay men, not me, a person assigned female at birth. For years I was under the belief that my genitals disqualified me from an art form I was passionate about, so I just lived vicariously through the performers I saw on Drag Race and Dragula. It wasn’t until I started going to local shows and seeing performers like Baby and Puzzi Niggrr that I realized women and AFAB drag artists exist, and I could do it too. As soon as I decided I wanted to do drag, I hit the ground running. I practiced my makeup, went to shows, and got booked at Baby’s show Queer As Punk in June of 2017 and from that moment on, from the moment I hit that first word, I knew drag was what I’ve always wanted and needed to do.

Can you give our readers some background on your art?
I love being a multifaceted performer. Whether I’m doing Britney Spears at a bar show or doing a conceptual piece in a theater, I put my whole body and soul into what I’m doing. I don’t want to be boxed in as one type of drag; I want to do it all. Yes, I can twirl and do stunts when I want to please an audience and get those dollars, but I find so much more fulfillment in executing a vision and telling a story. My career started off mostly with typical bar shows and crowd-pleasing songs, but luckily I’ve been able to find shows that are more well-suited to the weird, dark, scary, and thought-provoking kind of stuff I enjoyed exploring during my theater days. My good friend One Million Moths produced a show called Pure Moods at Precinct, and that was the first show that truly terrified me. I was doing a 10-minute piece about domestic violence that I worked very hard on, and I wanted it to be received well by the audience. At first, they didn’t get it, there was some laughing and confusion, but once the gravity of the narrative settled in, you could hear a pin drop. The piece ended with me literally beating myself up, and at that point, some audience members were crying or even shouting at me to stop hurting myself, but it didn’t phase me. That was the exact reaction I wanted with that piece. I wanted people to sit in the discomfort because domestic abuse is an uncomfortable reality that I wanted to shed light on, especially in a space dominated by cis gay men who may not have the kind of insight I do as someone who was born and socialized female (that’s not to say gay men don’t experience domestic violence, it’s just different). Gender informs my art a lot, especially as a non-binary person. I debuted my drag king persona Crys P. Tender in October last year, and since then my world has expanded even more. I found my gender identity through drag, and now I like to blend and defy the binary as much as possible. I’ve had so many people tell me that my art isn’t valid because I was born female and I want my drag to be less of a “fuck you” to them and more of an eye-opening experience. I recently had someone say to my face, “I hate bioqueens” but then they praised my performance, so I just thought “well, which is it, you either respect me as an artist and hate women or you don’t respect me, my art, or my gender identity at all. And you also hate women.” As someone who doesn’t even identify as a woman, it was frustrating to hear, so I take that frustration and try to make the audience feel my passion to the point where gender doesn’t even matter. For me, gender is completely over.

Do you think conditions are generally improving for artists? What more can cities and communities do to improve conditions for artists?
Honestly, the biggest thing is money. As a producer, I make sure to pay every one of my performers, even if it’s only $10 because I sleep better at night knowing everyone got paid for their time and energy and that I didn’t profit off of them. A lot of the shows I do don’t pay, and it’s hard to rely on audiences to tip you well, especially when you’re not a cis gay man. I get tipped and paid less just because I have a vagina and it’s even worse when I’m performing as a king. I personally think every producer should be paying their cast and if that means charging a cover at the door or making less money for yourself, then so be it. It’s easy to get taken advantage of out here. If you get offered a spot that someone else will do for free (or for exposure as they say), then it just makes it easier for producers to keep pocketing money off other artists. Obviously, producers put in a lot of time and effort and also deserve to make a profit, but not at the expense of the performers. And the drag scene is so oversaturated that there are always people willing to work for free. It’s very hard to make a living out here as a drag performer, so to ensure that our community is thriving, we really need to be paying everyone.

What’s the best way for someone to check out your work and provide support?
My Instagram @crystalpalacedrag and my Facebook page Crystal Palace are the best places to get updates as to where I perform. I’m in shows all over LA, so social media is the best way to find where I’ll be next. I regularly co-produce a show called IM//Power at The Virgil, so always keep an eye open for that, especially because it’s powered and produced by trans and AFAB performers, It’s a little space we’ve carved out for ourselves as artists who are regularly maligned for our gender identities and I’m very proud of it. 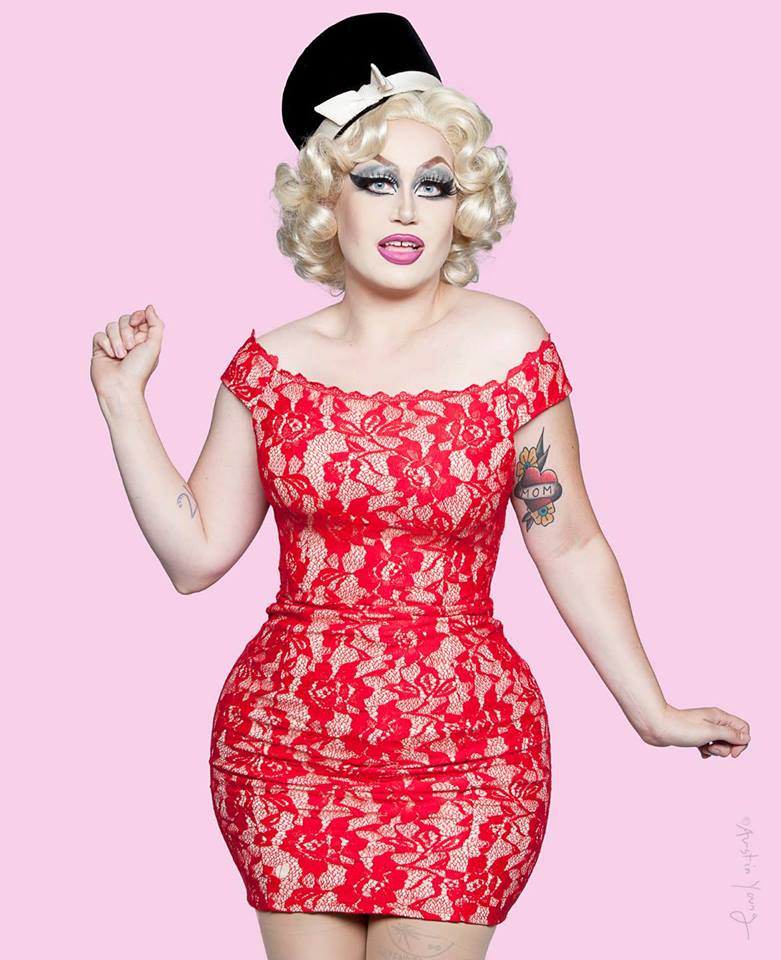 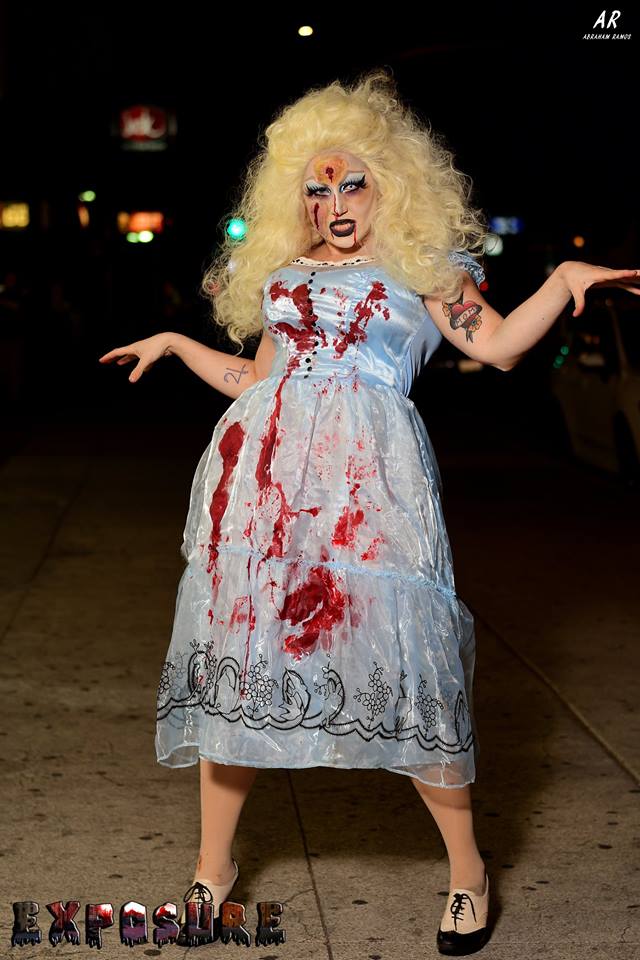 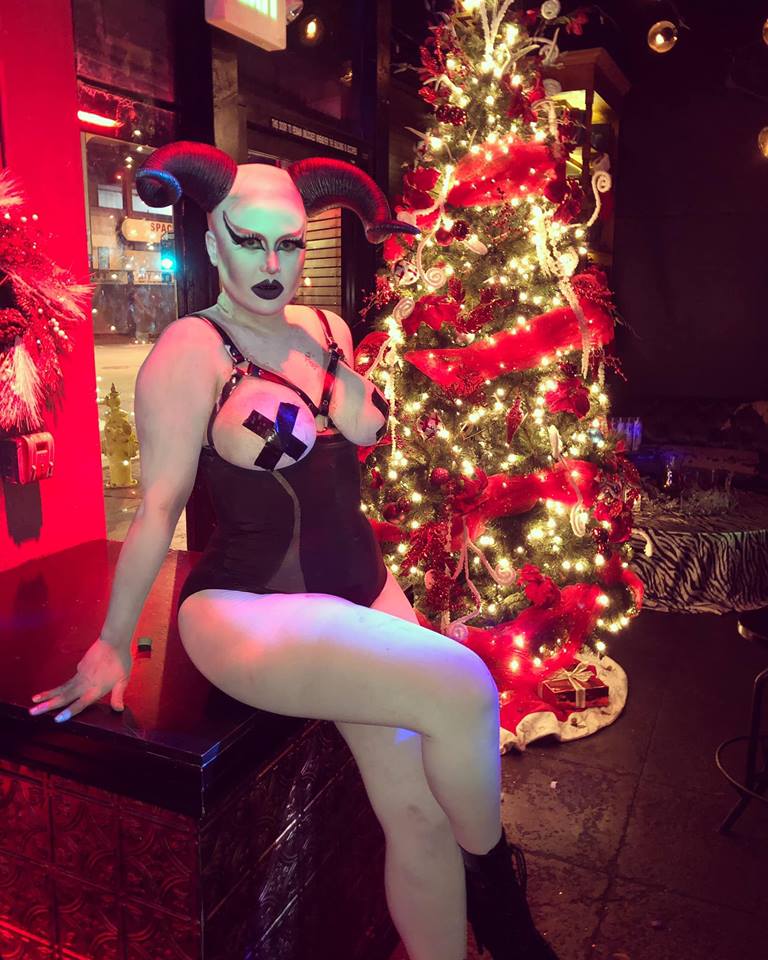 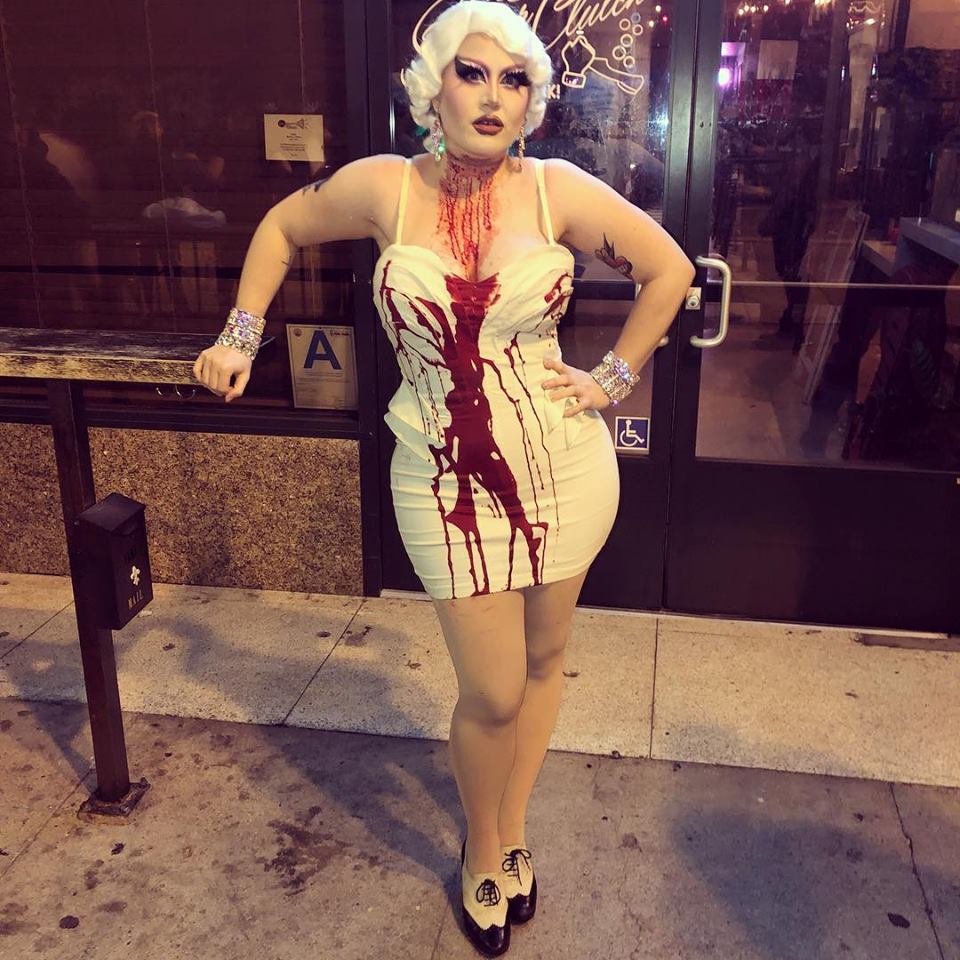 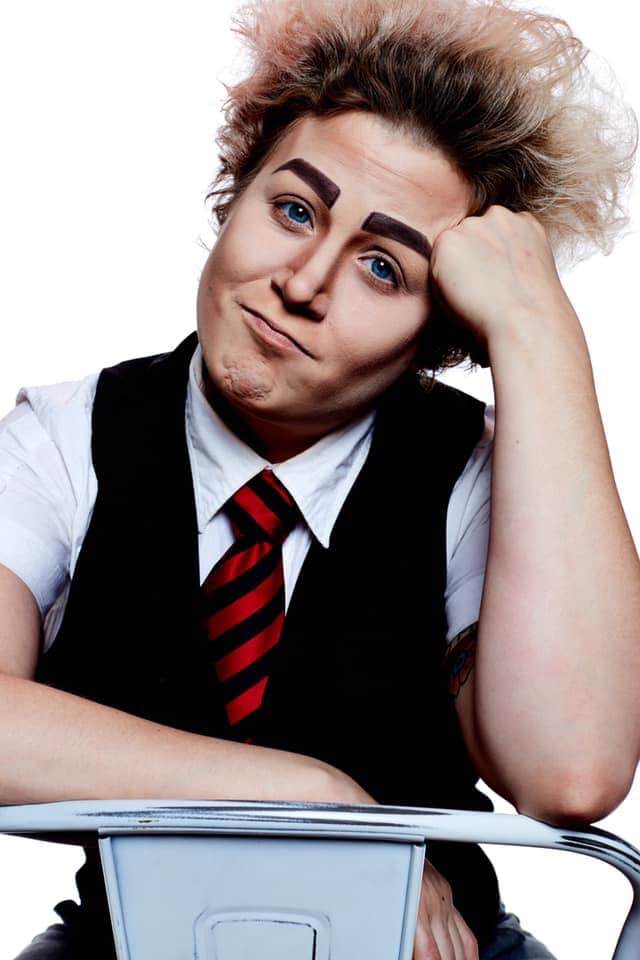 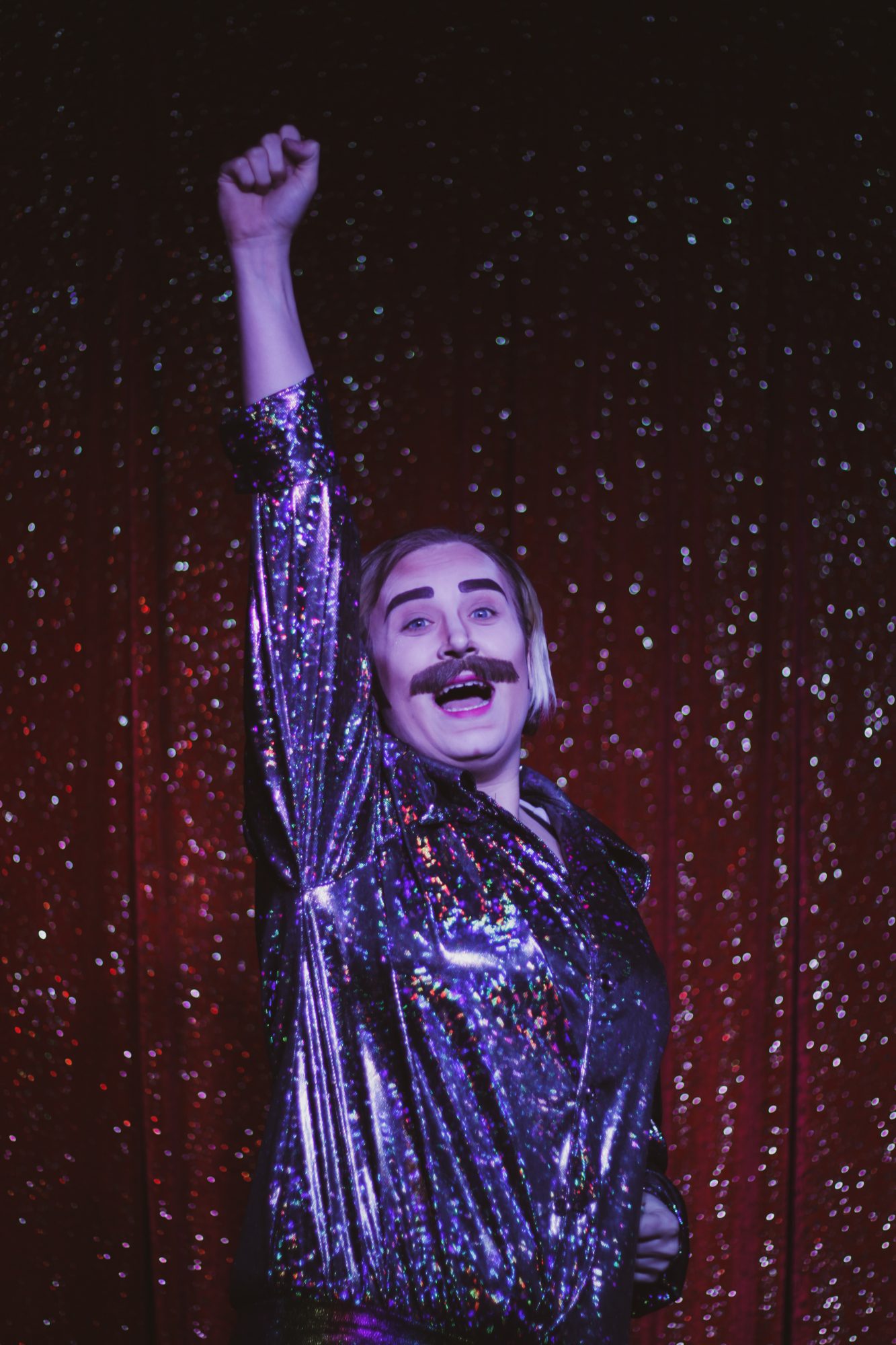