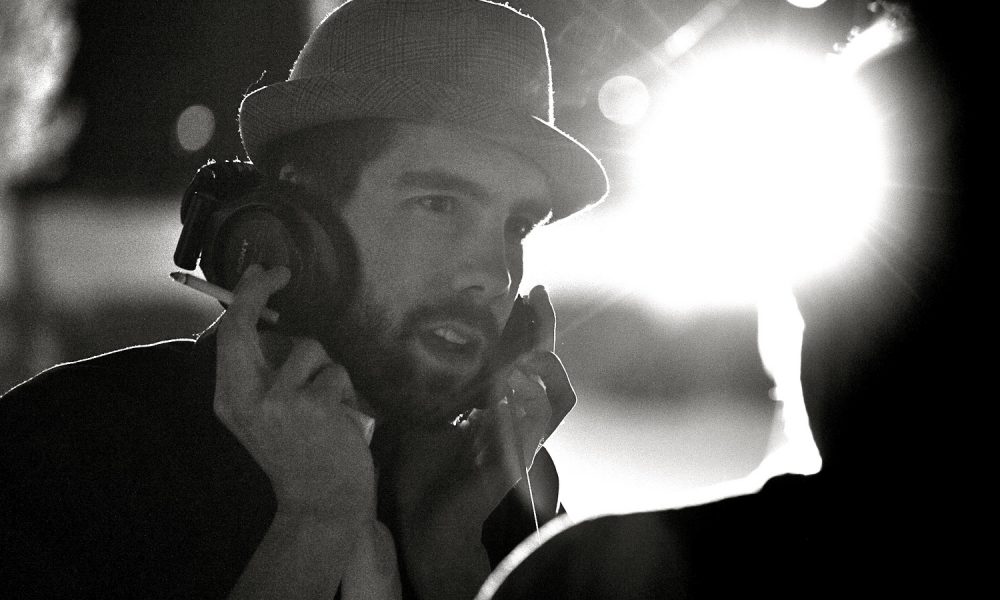 Today we’d like to introduce you to Kurt Kubicek.

So, before we jump into specific questions, why don’t you give us some details about you and your story.
I had always love movies and books for as long as I can remember, but when I was 13 I put on my first production in the forest preserve that I lived off of. I had the idea to get some friends together and all dress up as different characters for Halloween and I built a trail that brought customers on a short journey of scares, with creepy scenes and famous characters and all for only $1. Each group were led by a guide and I called it, “The Haunted Forrest.” I thought nothing of it even though the only honours classes I took in school were for English and writing. A few years later, I played golf in college and then became a PGA teaching professional. I did that for two years in the Chicagoland area and then having my winters off I became interested in the entertainment world but stories in particular.

During my second year as a golf pro, I read as many books as I could, studied films and watched the making of on every film I enjoyed or thought was interesting…and then I went out to make a film with some friends with cameras that I knew, who could edit as well. I wrote a script (not really knowing how or using proper formatting) and asked my friends to produce a movie with me. I then went to malls and coffee shops and would walk up to strangers who looked like the parts I wanted to cast and asked them to audition for the movie I was making. I asked friends and family and everyone now involved to see about locations and everything else we needed and everyone was willing to help and loved my passion. I went on to make an hour-long drama/comedy that had some rough sound and lighting… but I had made a movie. With no kids and no debt, after I had a screening party at a bar/restaurant and showed the film to a couple of hundred people, that night a lot of the people told me to go after, “The Dream” in Los Angeles. I put all the stuff I owned in my “Knight Rider” Firebird and drove out to California with $1000 and a ton of gumption.

After many odd jobs to pay the rent, I had produced and directed a couple of music videos that aired on MTV and had also acted a bit in some short films and then got the starring role of a low budget horror film that got distribution. Then my aunt married a man who was a Harvard grad and in entertainment his whole life, and told me that I should get some technical training if I wanted to truly make it in the industry. So I went to New York Film Academy in Burbank and then after graduating I was directing more short films, music videos and anything I could do to make money, including occasionally acting in commercials. I eventually got the opportunity to produce and direct my first feature film in 2015 and since then the work has kept coming along in one facet or another, including producing and directing more films and most recently, a comedy special with Jaimie Kennedy.

Has it been a smooth road?
No, it’s not been the smoothest road, but I always found a way to enjoy the ride. My first obstacle was having my family and friends thinking I was crazy for even tossing around the idea of going to Los Angeles and pursuing entertainment as a career. They didn’t understand why. I already had a career, a stable paycheck and growing up in a quiet suburb with not much money, most of the people around me from my family and the people who made up their extended families believed that was it, you got the job and you kept doing, but most of them didn’t take big risks and not many got any big rewards.

It was hard at the start, especially not knowing anyone in the Industry, plus, I had to have a part-time and sometimes a full-time job, so juggling the little money I had between my projects and surviving was tough but made me hungry and driven to work harder and harder every day. I was lucky enough that because of my genuine love and passion for films, books, stories, comedy and everything in between that it led me to find people who shared a respect for the craft and the industry, and they worked or act for a low price because they believed in me and the stories I was trying to tell and the projects I was hoping to bring to life.

As time went on there’s been highs and lows, but I have always been grateful for every day to have the opportunity to go after my dream and most of all to be able to work in the best industry in the world in my opinion. Every morning that I wake up now I’m so happy that God gave me the strength to persevere and believe in myself because I have met so many incredibly talented people that have and still inspire me to this day to keep working. I feel that I’m just getting warmed up and the best of my work is yet to come.

We’d love to hear more about your work and what you are currently focused on. What else should we know?
I specialize in directing, producing and writing; feature films, documentaries, commercials, and music videos. As a director, I started like a lot of others directing music videos. I did a couple that aired on MTV2 and this only fueled the fire. I directed my first feature film, “1/10 of a Second” which you can find on iTunes, TubiTV and Amazon Prime, along with two other short films that did well in some festivals which are available on the platform as well. I’m excited to have two projects that will be released by the end of the year, including a feature film I produced in Central America, a Spanish drama titled, “Un Regalo Esencial (An Essential Gift)” and my most recent project,
“Can I Say That” a hilarious comedy special I produced and directed for Jamie Kennedy.

But I started off as an Actor and have been the principal in low budget horror films, was the principal in several regional commercials and even was in a couple of nationals as well. Last year I starred in a short film that premiered on Entertainment Weekly.com called, “Midnight Clear” where I played a psychotic father on Christmas Eve, and the film was distributed by Gun Powder and Sky. I just got back a couple of weeks ago from New Mexico acting in a film, called the “Au Pair” which should be available by 2020.

As a creator, I am constantly trying to improve myself both artistically and as a person. I live my life by the mantra, “Be kind and try your best” in everything you do. I feel that my experience in life, in my career and my art reflects this and sets me apart from others because I love stories with my whole being…and people…and what we all have to go through in this life. The good and the bad, and the whole complex human experience. The best part about this business is that we constantly get to work with new individuals of all ages, and if we’re open to it, we get to learn something from each and every one of them. I can’t say this enough, you won’t find anyone who will work harder than me on a project because I’m so stoked to be able to be a part of this amazing group of imperfect but brilliant individuals that make up the Entertainment Industry, it’s the greatest.

Let’s touch on your thoughts about our city – what do you like the most and least?
I love that it’s challenging, it’s exciting, the weather of course, and on any given day you don’t know who you might meet and where and with who your next opportunity might come from. There’s energy in this city that you can just feel everywhere you go because it’s filled with hope and ambition and dreams…and I dig people who have those things in common with me. Plus, there’s something fun to do every night of the week and the city is so diverse that there is an array of culture and what comes with that, is excellent food.

The downsides are that this place has a lot of hollow people who have lost a lot of hope in humanity and life itself and I don’t blame them. This is a dark place at times even though there’s sunshine almost every day. There’s a lot of people in the city and the entertainment business who make up some of the worst kind of human beings that I have ever met in the world and seeing how terrible, selfish and corrupt people end up being on the inside is disheartening…yet still, if you want to make it in this city you have to keep the light that is shining within you burn brightly and eventually the right person will see it. 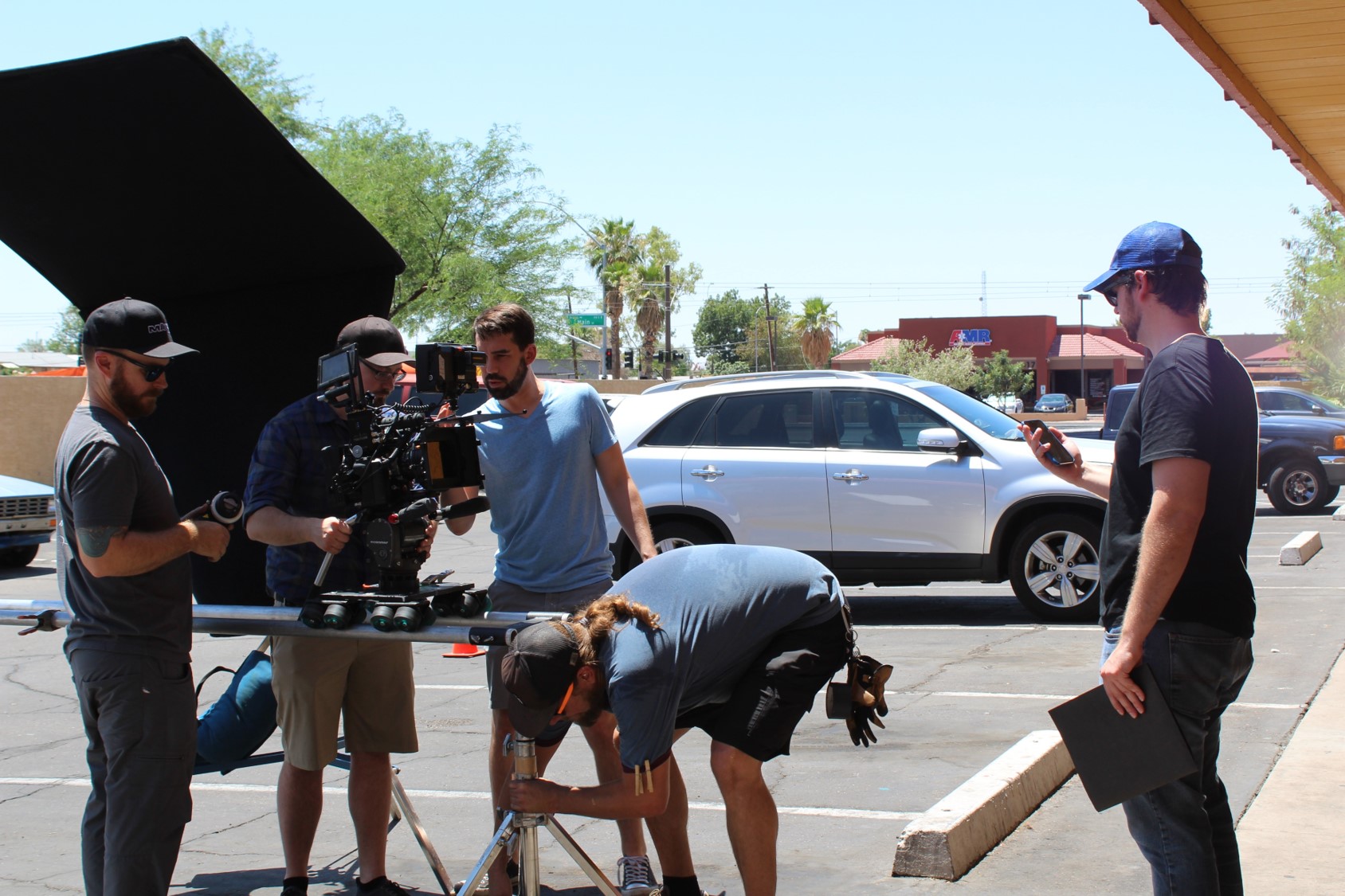 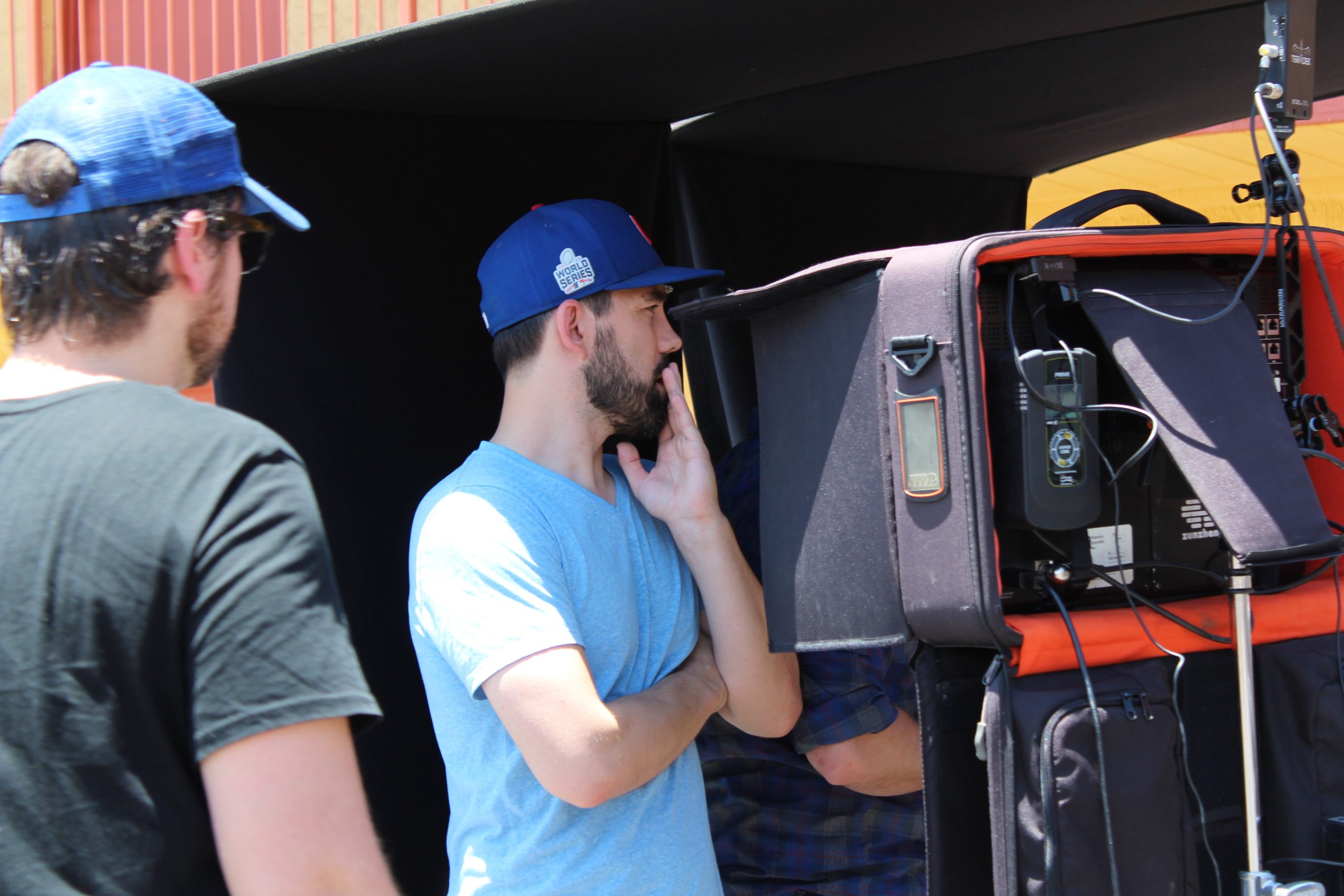 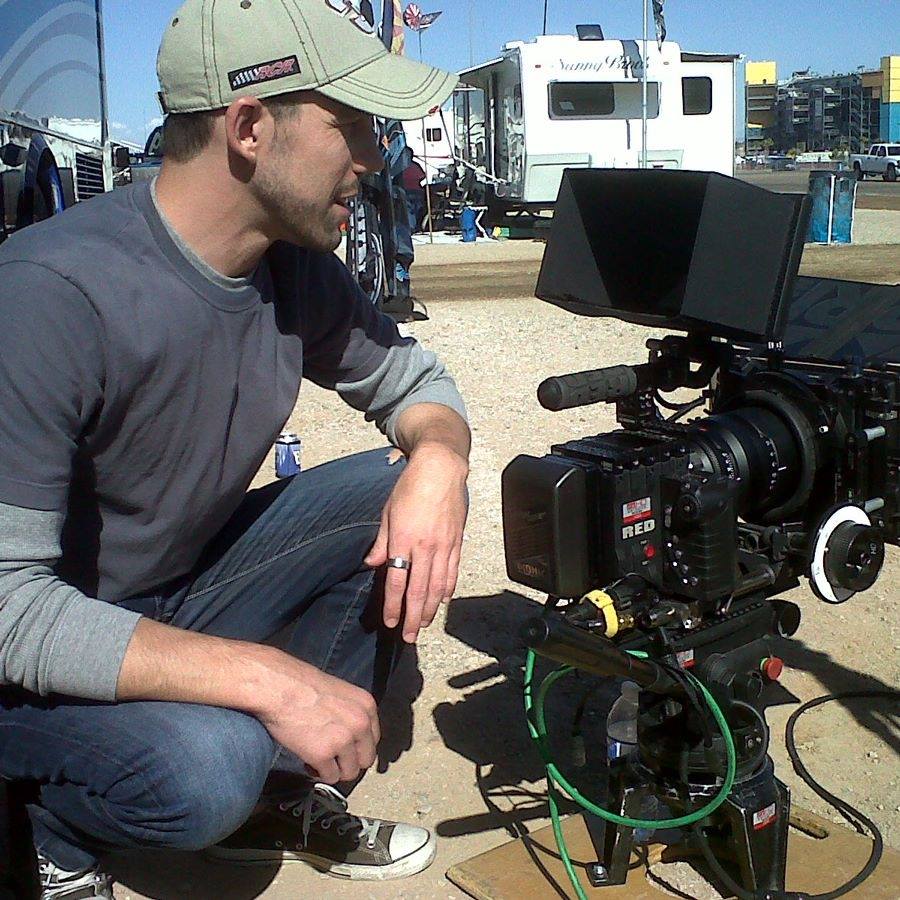 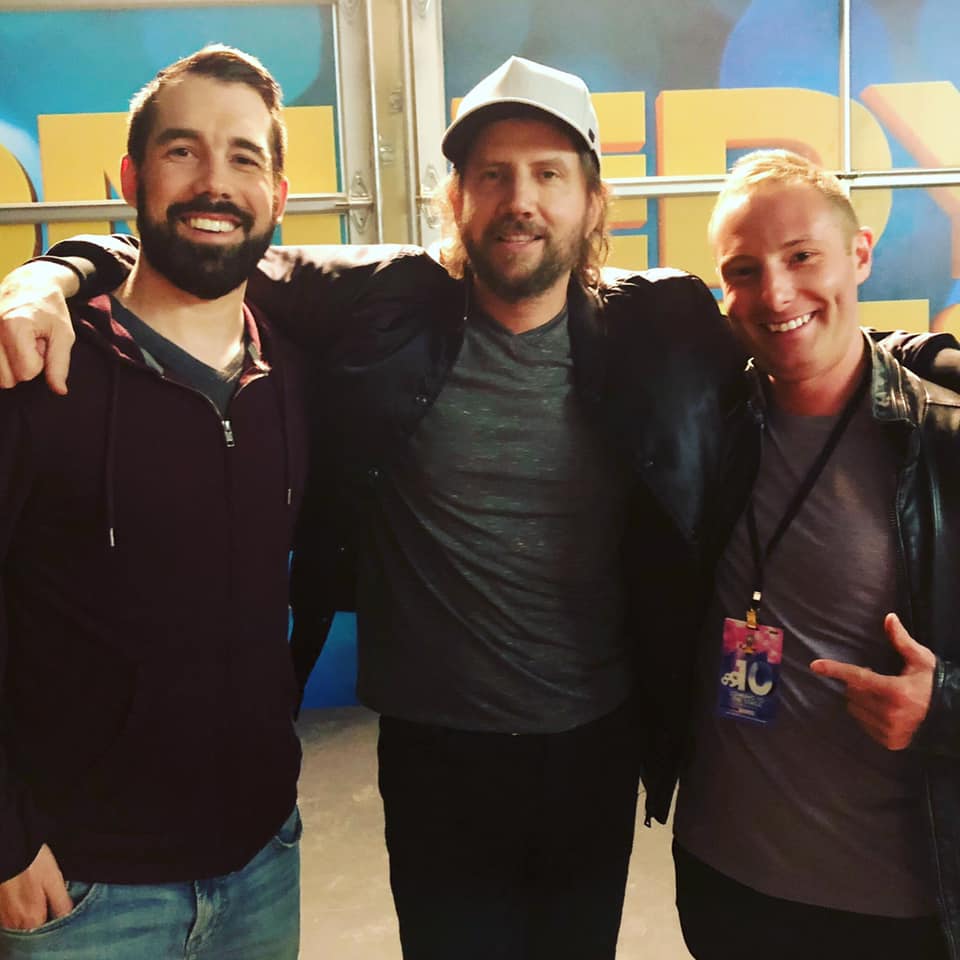 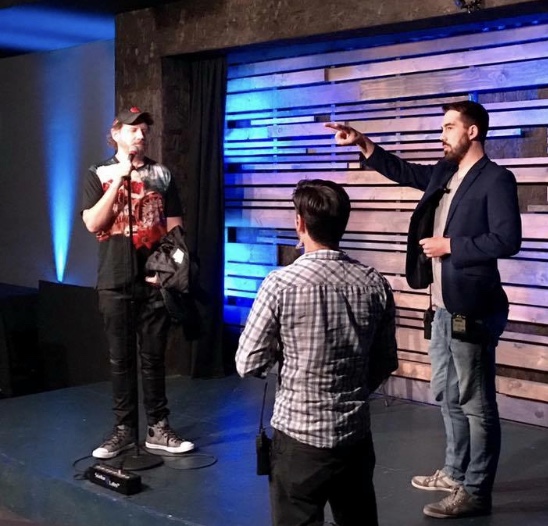 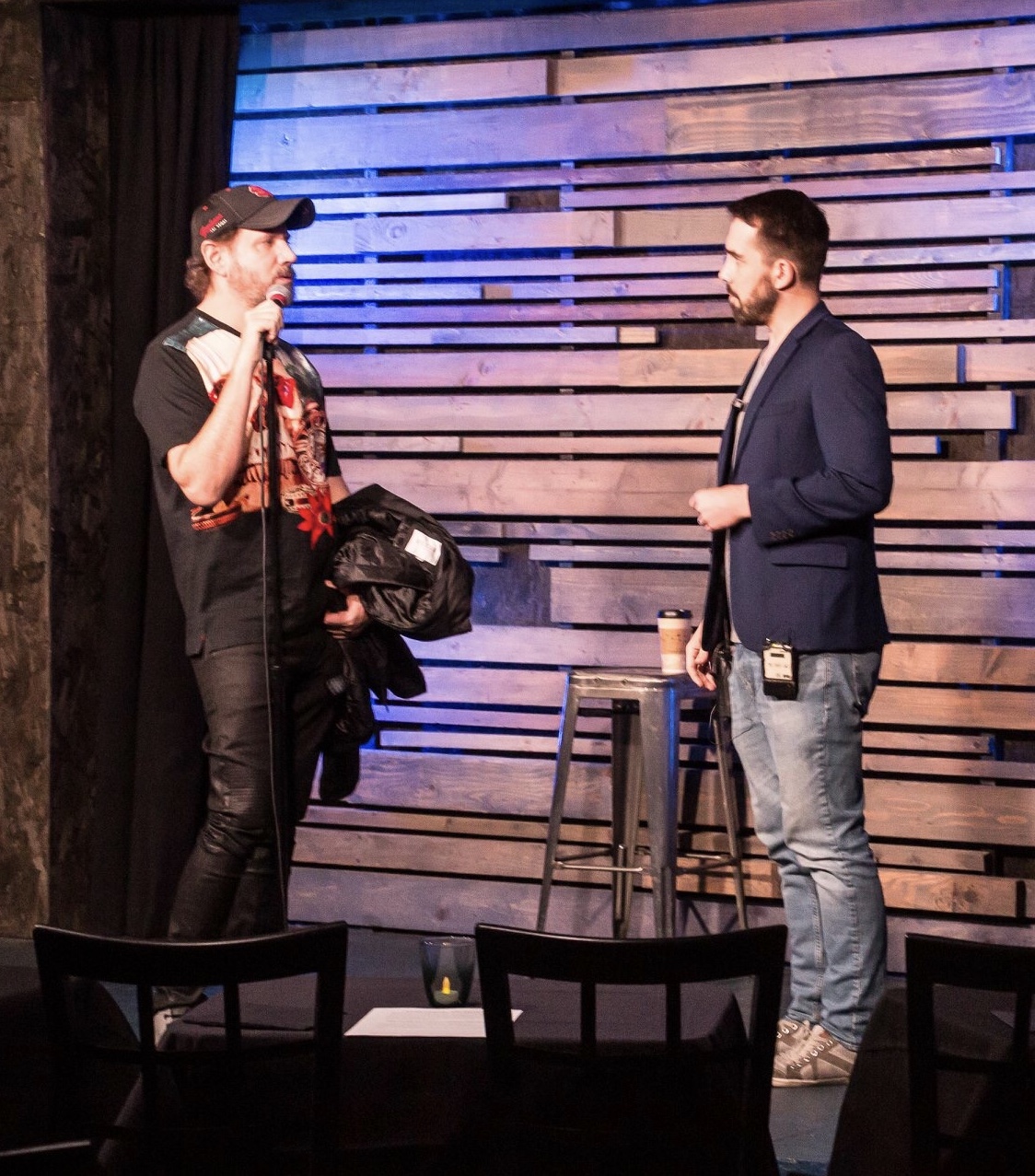 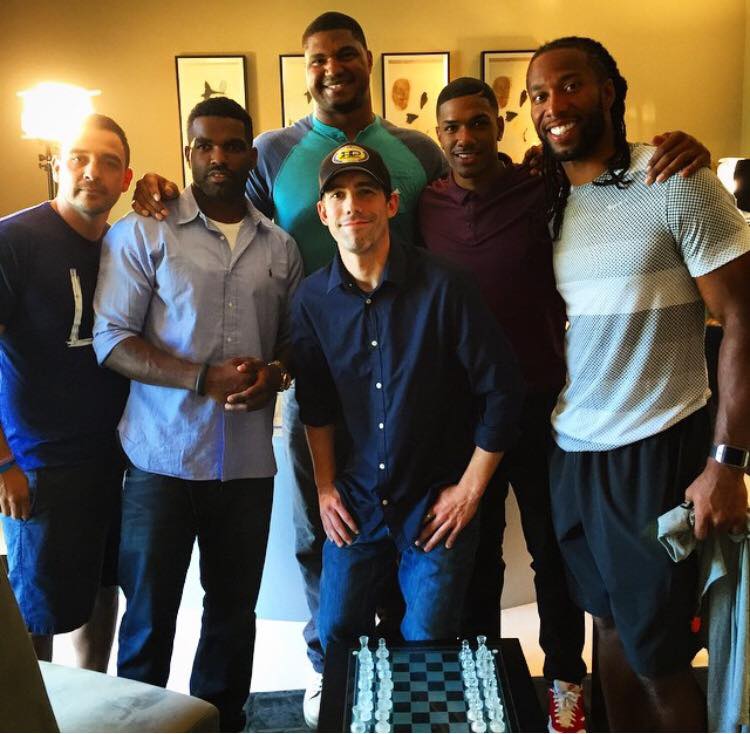