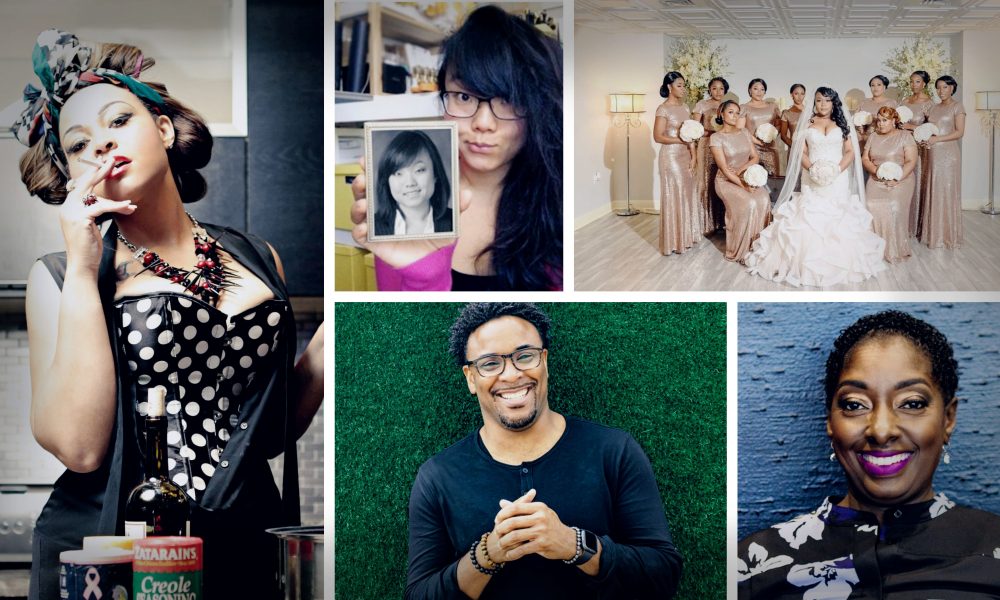 The heart of our mission at VoyageLA is to find the amazing souls that breathe life into our city. In the recent weeks we’ve had the privilege to connect with some of South LA’s finest artists, creatives, entrepreneurs and rebel rousers and we can’t begin to express how impressed we are with our city’s incredibly deep talent pool.  Check out South LA’s rising stars below. 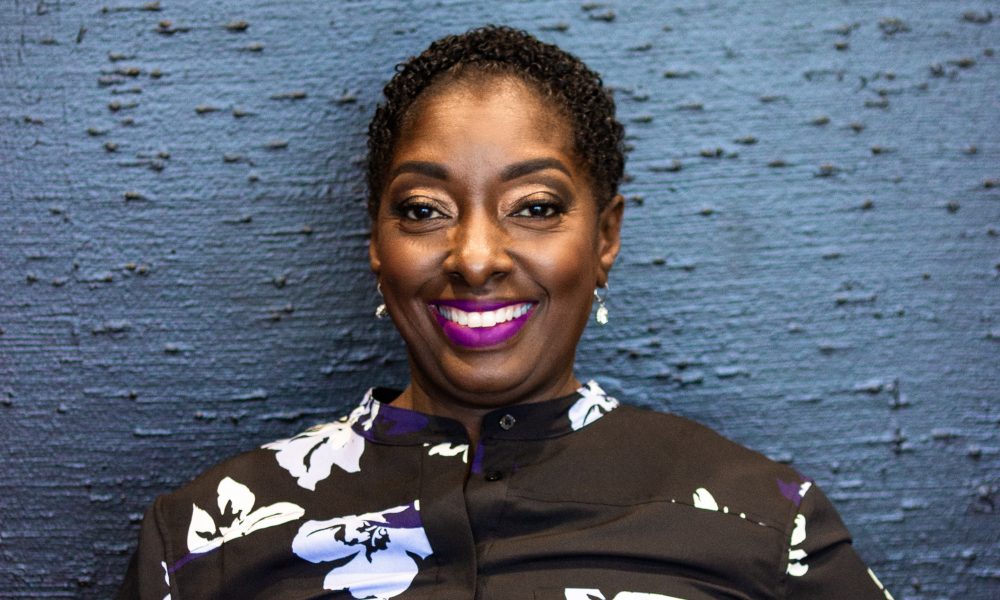 I have been an entrepreneur for over 25 years in numerous industries. Beginning my career in nonprofits leading the fight in prison reform and transporting children to prisons to visit their incarcerated parents. After many years of helping in the nonprofit sector, I realized that what I was doing was not enough. My favorite saying “If you know better, you do better.” In the mid-2000’s I became a financial advisor and began teaching financial education within my community along with my husband Dimitri. While very successful, something was missing for me. I realized financial advising was helping my clients individually but it was a very small subset of my community. I understood that the financial instruments I was selling were only for a select few. Coincidentally, I was introduced to blockchain and cryptocurrency and immediately realized the potential of the industry and the opportunity for financial freedom. I went all-in on cryptocurrency & blockchain leaving my financial advising business and creating Crypto Blockchain Plug. Read more>> 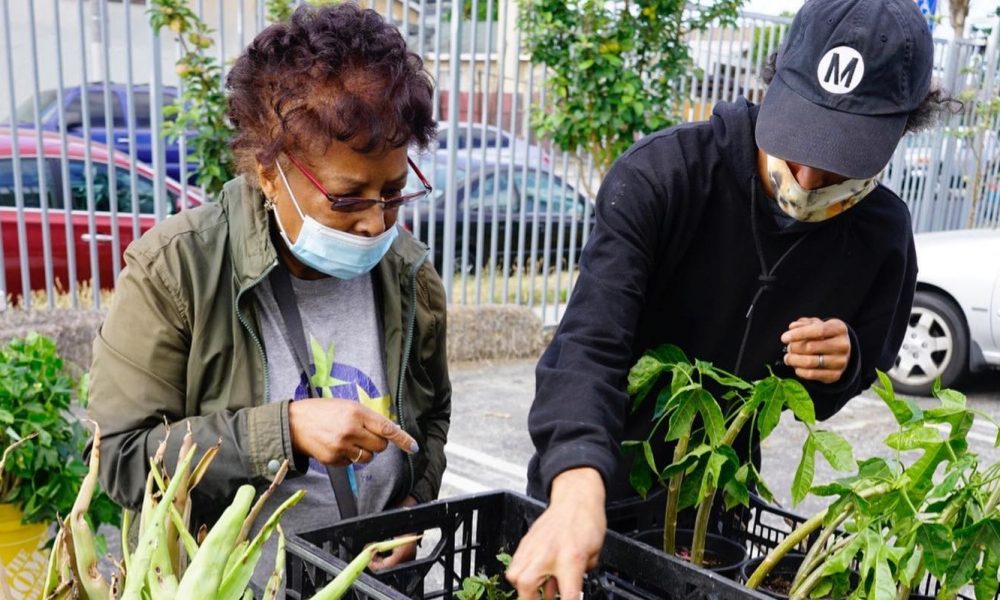 Community Services Unlimited has its roots in the New Black Panther Vanguard. When the NBPP dissolved, a few members decided to continue their work of building a sustainable, equitable and community-driven food system in South Central Los Angeles. In 1977, CSU was created to continue this work starting from pop-up produce stands and small gardening workshops to now having a brick and mortar space called the Paul Robeson Community Wellness Center, previously owned by Paul Robeson’s family, owning a small grocery social enterprise called the Village Market Place as well it’s own mini urban farm called the CSU Mini Expo Farm which is located not that farm from USC. Today, CSU services the community by working with the community to maintain the CSU Mini Expo Farm, working with local farmers and makers to bring quality foods and products to South Central, as well as hosting gardening, wellness and youth program aimed to promote the wellbeing of the community. Read more>> 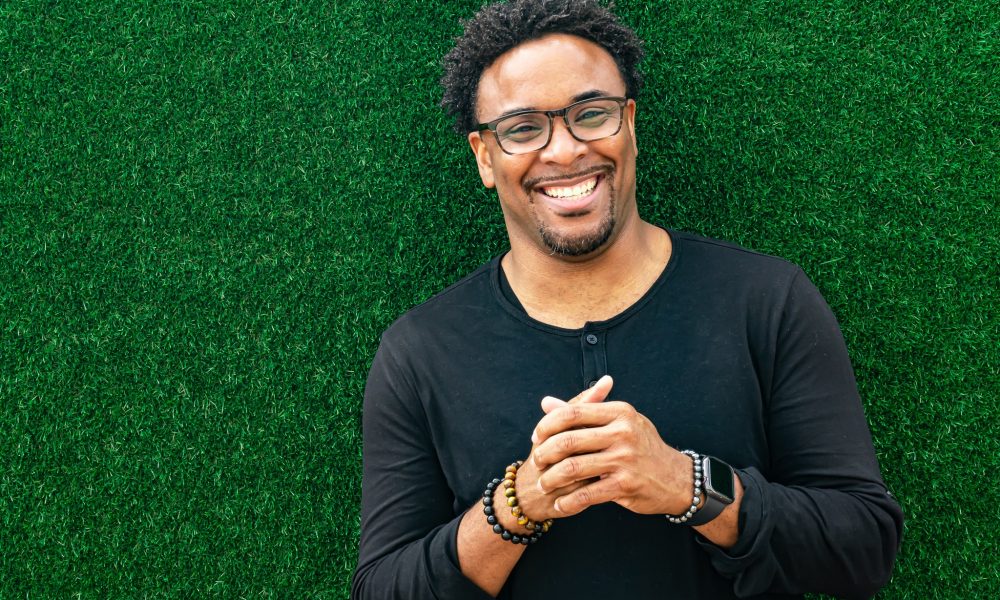 As a kid, my mom would have me to get up late at night Or early in the morning to massage your hands and feet. Growing up doing this, my mother told me that I should become a massage therapist, at the time I didn’t know what that was. As I became a senior in high school, I was asked to map out my career plan so I wanted to become a massage therapist. I did an intern at Long Beach Memorial Hospital and was racially profiled, encouraged by staff not to become one because it would be hard for me to gain the trust of the people due to me being African-American. After hearing that, I became discouraged so I didn’t go to school for years, then my mother encouraged me to go to school. Went to Bryman college for massage therapy. Graduated in 2005, my first job is working at a spa in Hollywood California stayed for 11 years and then I worked at a chiropractic office in the city of Long Beach, California for over 15 years. Developed and mastered my skills as a massage therapist. Read more>> 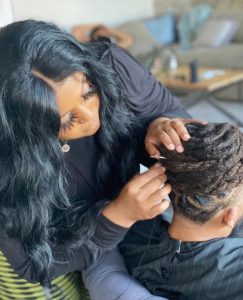 Growing up as a kid, I’ll say about 9 or 10 years old, dolls and baby dolls were always on my Christmas list! I remember taking down the original styles from my doll’s hair and transforming them out to some kind of chopped hair cut, a nice sleek mold down or whatever cool look popped up in mind! I was 12 years old when I discovered this is really who I am and my talent of being a potential hairstylist. It all started from me taking down a ponytail and while sliding the rubber band down, I started shaping, forming and tucking my hair until it was tucked into a bun. I yelled out to my mom about this creative do I had just designed without being trained! I was super excited and from that day, I knew I was destined to be a hairstylist. At this point in my eyesight, I was a “Beautician”. No one could tell me that I wasn’t! I would do my school friend’s hair, at school, my mom, sister, women in the neighborhood and I would gain new clients just about every week. I was amazed at how they believed in me at such a young age. Read more>> 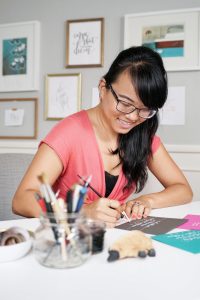 My creative business story started in 2013. I had just quit my prestigious job as a corporate attorney at a top international law firm. I was burnt out, and I KNEW I had creativity inside of me. So, I started exploring all sorts of creative fields, hoping to find a more fulfilling life. In 2015, after trying woodworking, knitting, baking, blogging, figure drawing, you name it… I discovered CALLIGRAPHY. Something about it just clicked, and I started practicing every single day. After two months, I got good enough that I thought maybe I could make some money with my new skill. So I started Crooked Calligraphy in January 2016. At first, I sold greeting cards that I designed, printed, folded & packaged in my bedroom. I went out to pop-up markets and networking events and started to get clients for custom calligraphy projects and design work. Read more>> 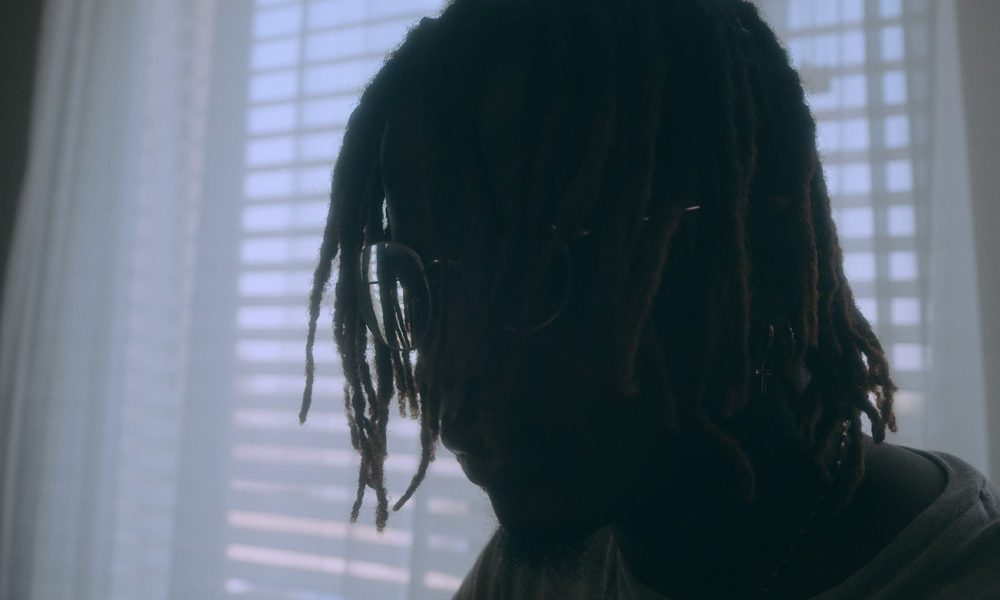 I started my journey after graduating college with a bachelor’s from Morgan State University and master’s from UArts in music. After exploring different avenues in the entertainment business, I have discovered a desire to become a film composer. Moving to Los Angeles was a huge decision for me in 2016 but it made sense because it’s one of the top cities for entertainment, and it is an opportunistic place to connect with musicians and filmmakers. Of course, everything came to a pause during the pandemic and I had to figure out how I can continue to grow in the film industry; that’s when filming my own content came into fruition. I began to write simple scripts and asked actors around the city if they’d like to act in these short films. Also, I would do test shots with friends and family which allowed me to compose to my movies. As I continued to create content, I started to love the process of filming images. Read more>>