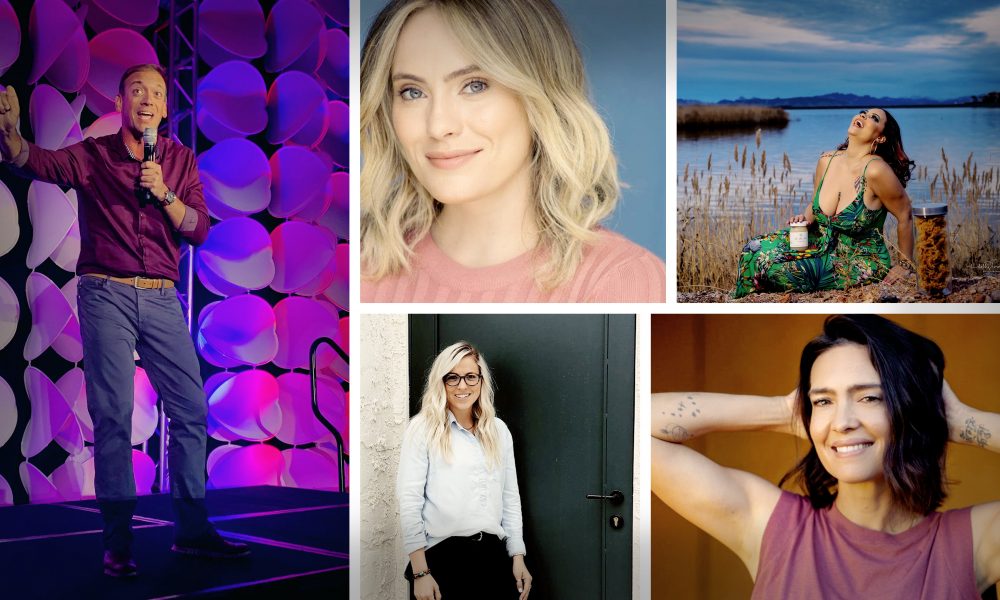 Every day we have a choice. We can support an up and coming podcaster, try a new family-run restaurant, join a boutique gym started by a local fitness champ or we could keep giving away our money to the handful of giants who already control so much of our commerce. Our daily decisions impact the kind world we live in; if we want a world where small businesses are growing and artists and creatives are thriving then we should support them with our time, money and attention. We’re proud to highlight inspiring creatives and entrepreneurs each week in Hidden Gems series.  Check out some of West LA’s gems below. 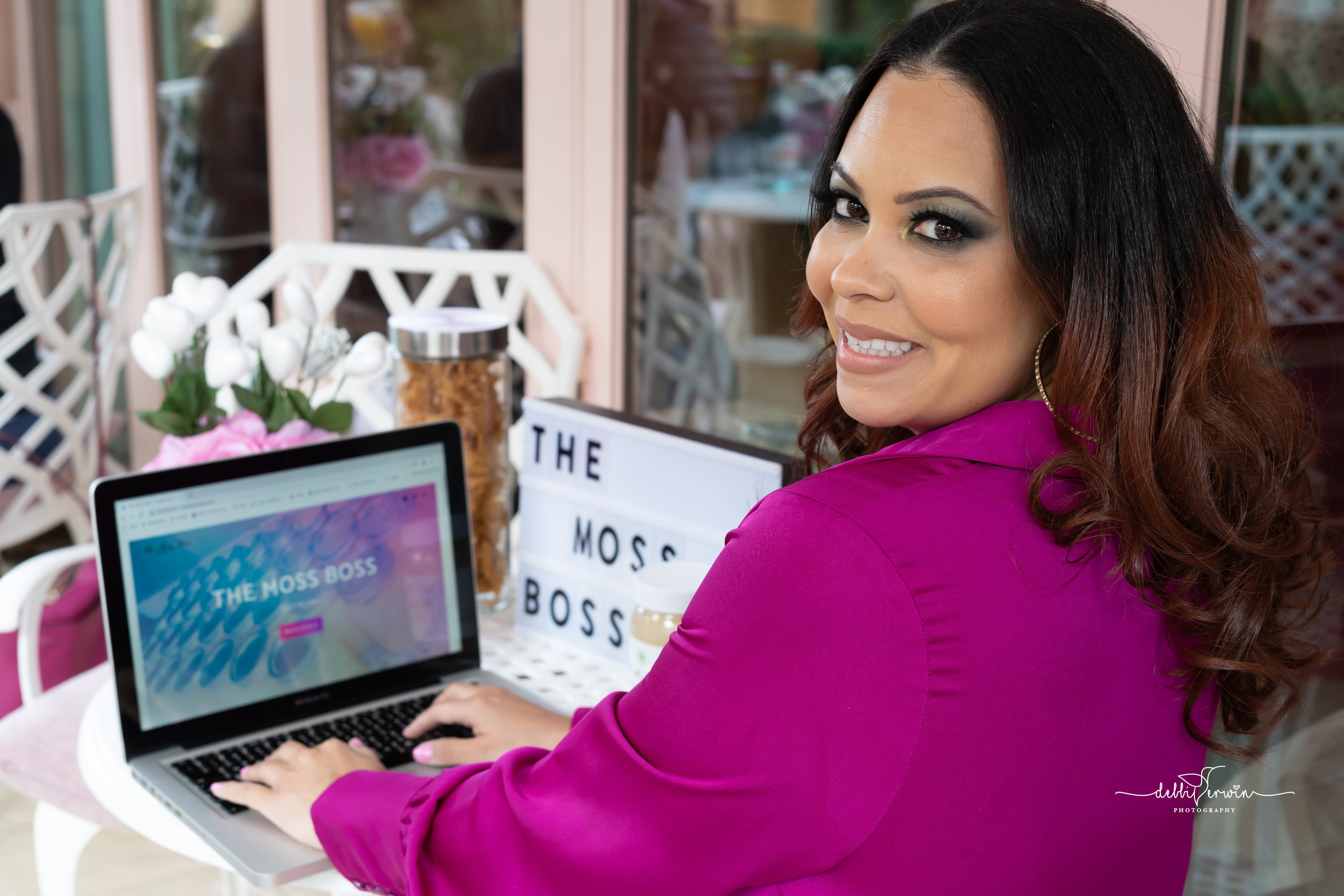 Money isn’t the only thing green that can change your life Summer 2003, my life would never be the same. When you are 17 years old, you think that you are invincible and will live forever. I was living at the speed of light, partying with friends who introduced me too ecstasy. Spiraling out of control, I ended up in the hospital due to having an adverse reaction to using ecstasy. It was during this hospital visit that they would discover I had Ovarian Cancer. It was this very moment I knew I wanted to make positive changes in my life, especially with my health. I gave up using ecstasy and prayed for guidance as I went through the process of chemo and radiation. I was told I would not be able to have children. After going through this process for three months, I felt there had to be a better way; and one day a family friend shared the natural healing effects of consuming sea moss. Read more>> 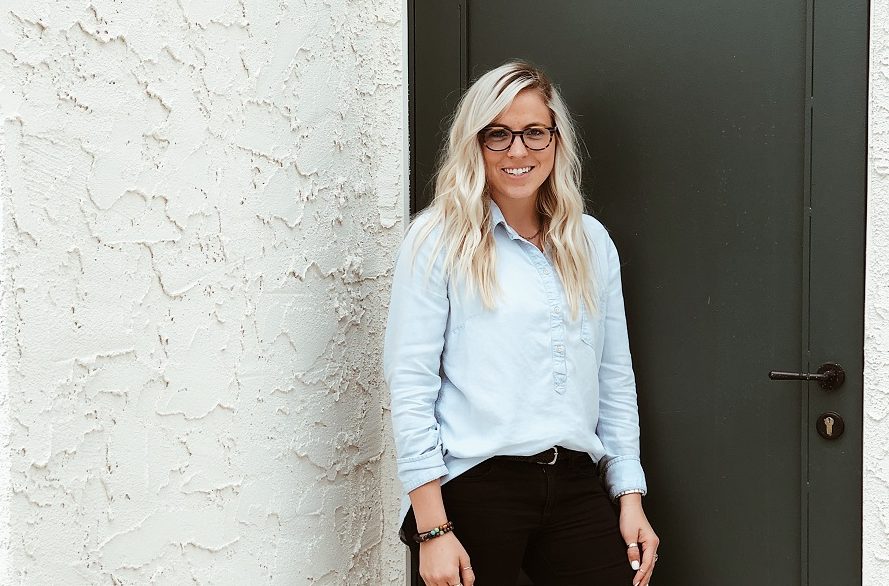 I’m founder and Principal Designer of DS2 Studios a boutique commercial and residential interior design firm in Los Angeles. My design and business journey hasn’t always been the easiest nor the most conventional. I found my passion for interiors when I was around ten or eleven years old and the SIMS computer game became my obsession. I would get so wrapped up in the designing of the homes and spaces that I’d find myself up until 3 o’clock in the morning on a school night. During high school, my mom recommended I look into to the field of interior design. I had no idea that people actually made money designing homes and spaces. One night, while frustrated with my local community college classes, I came across one of the infamous ads for The Art Institute of Los Angeles. As a career college, it offered a four-year degree program for Interior Design. Until then, I had only ever seen Associates programs and my pride wouldn’t let me settle for an AA (I am the first in my family to earn a bachelor’s degree.) Like so many people, I thought interior design was just about choosing furniture, decorations, and paint colors but design school was nothing like that. Read more>> 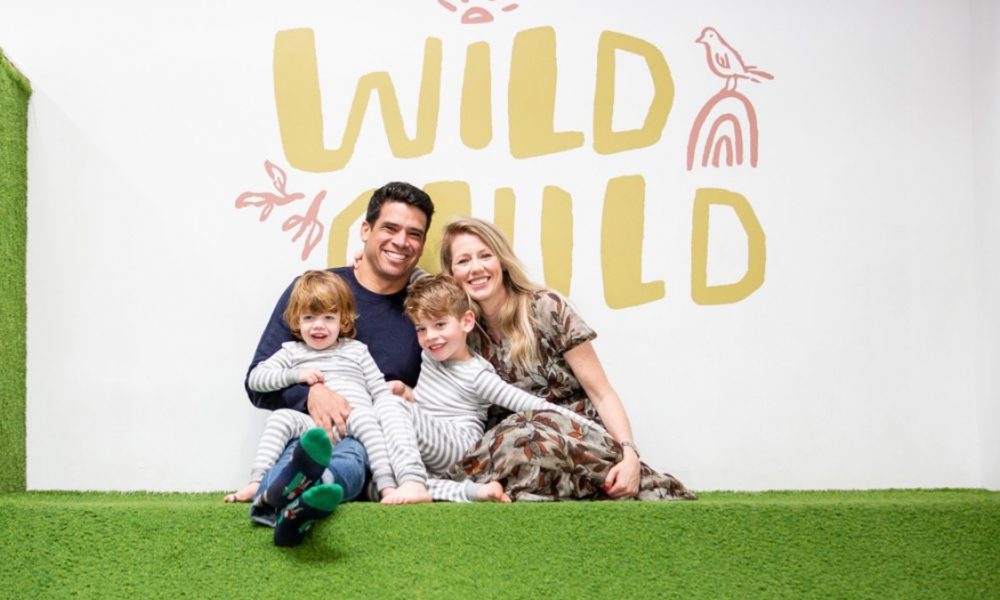 Once upon a time, I was the co-owner of a small chain of franchised children’s gyms. My Wild Child co-founder (and lovely wife), Allison, was a veteran fashion executive. Once we became parents, we quickly discovered a white space in the market for a boutique children’s gym like this. We dreamt of building a space that parents and kids would equally enjoy. A space that offers a premium level of product, service and experience. A carefully curated one stop shop to support families through all spectrums of early family life. Our goal is to spark a child’s imagination, wonder + strength through play and preserve the magic of childhood. Ultimately, we realized we could merge our two skillsets in a meaningful way and connect us to what brings us the most joy and reward in life…Family and Wild Child Gym was born. Having the right aesthetic and an inclusive atmosphere was really important to us. We were equally inspired by our backgrounds. I’m from Honolulu, Hawaii and Alli is from Sedona, Az. Read more>> 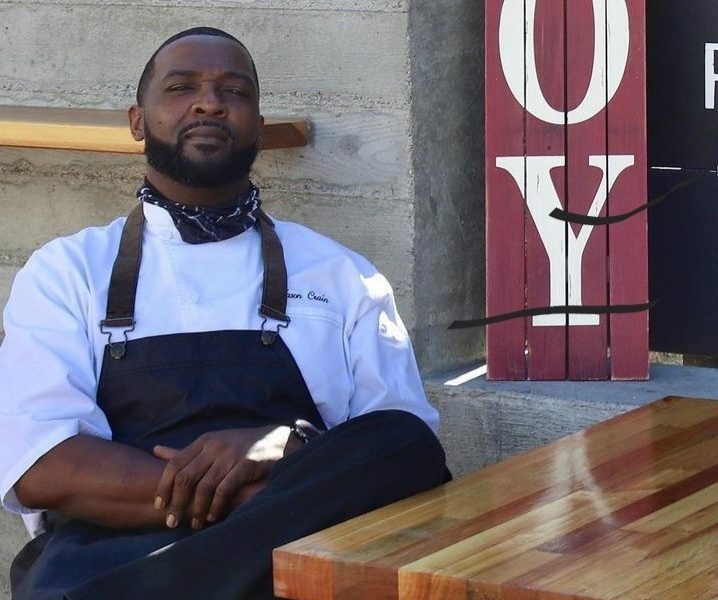 I started out in the kitchen at 15 years old as a dishwasher at Red Lobster washing dishes and baking. From there, I worked many cook’s lines until I earned my first chef position under Emeril Lagasse over ten years ago. I’ve went on to operating casino kitchens, private dining clubs. Since relocating from Atlanta, GA I have gain experience in kitchen consulting and new restaurant openings. After 25 years in the industry, I am now starting a new journey into the Private Chef sector. I refer to my style of cooking as Southern Creole cooking, where it’s much more than cooking…it’s about the overall experience. Read more>> 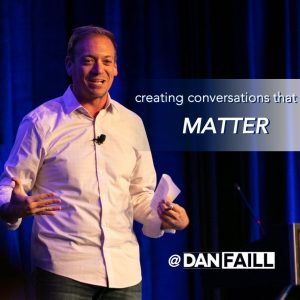 For over 15 years, I worked in higher education, specifically doing student organization leadership development. Then a friend of mine asked if I would be interested in speaking to his students, and the rest has been a journey of a lifetime. For around seven years, I developed some keynotes and workshops as a side hustle, engaging college students all over the country. Then in the fall of 2018, I realized I truly disliked my cubicle and needed a change. I realized I had been speaking to students about failure and authenticity and vulnerability and leadership but stayed in my own comfort zone. So I took the leap and quit my full-time job to dive into speaking and consulting full time, creating environments that allow for conversations that matter for audiences around the world. Read more>> 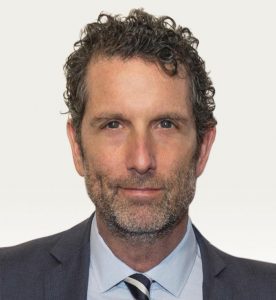 For the last 20 years, I’ve been working with consumer-facing startups. I thrive on introducing new ideas to consumers and doing things that just haven’t been done before. Before the internet, I had a company called Touch Tunes, where you could listen to music on the telephone. It seemed like a great idea at the time, though it was about 20 years too early. In the early days of blogging, I helped launch Endgadget, Autoblog, Joystick, and many other blogs that we sold to AOL. We were one of the first to create blog brands where we had multiple bloggers writing content 24/7 for a single blog brand. Read more>>

Cooking has been exciting for me since age five. Growing up food was a major part of childhood. Both sides had their own family traditions that included signature dishes and drinks. My mom’s dad took pride in his vegetable garden on Detroit’s westside. After harvesting mixed peppers he often later used to make a hot sauce he called his “concoction”. Read more>> 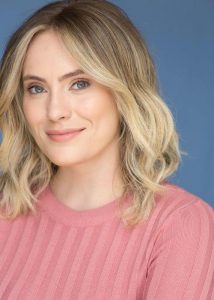 I started my journey in the entertainment industry at 11 as a child actor. I worked for many years as an actress as well as a casting assistant, and eventually I got a job at an acting studio for kids. That’s when I realized my passion for guiding young actors and their parents through the often difficult and confusing process of starting a career as a professional actor. I decided to make the leap and start my own coaching business, where I now currently work with over 30 young actors. Read more>> 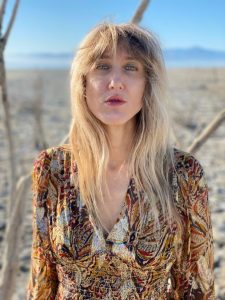 I am an artist and ancient soul – ancient fire (Sagittarius) and the oceans before Atlantis. Native New Yorker. Obsessed with poetry talk song moving image and the plane that runs through everything since birth. I saw the numbers 11:11 on the digital clock everyday at least once when I was a child the 80s and it called me on. I love infinity, William Blake, the cosmos, and contemplating infinity. Read more>>

I started out in the kitchen at 15 years old as a dishwasher at Red Lobster washing dishes and baking. From there, I worked many cook’s lines until I earned my first chef position under Emeril Lagasse over ten years ago. I’ve went on to operating casino kitchens, private dining clubs. Since relocating from Atlanta, GA I have gain experience in kitchen consulting and new restaurant openings. After 25 years in the industry, I am now starting a new journey into the Private Chef sector. I refer to my style of cooking as Southern Creole cooking, where it’s much more than cooking…it’s about the overall experience. Read more>> 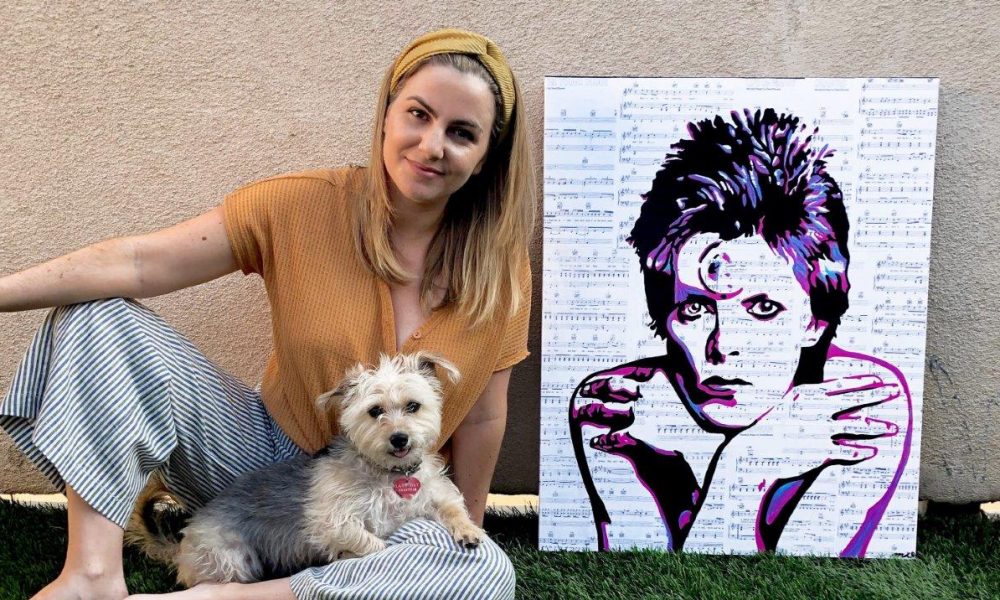 My work is rooted in a love of pop culture nostalgia and a passion for women’s empowerment. I began creating fan art and unique gifts for my friends and eventually, those ideas blossomed into my Etsy shop in 2013. Humor and upcycling old materials are big themes throughout my work as well, whether it’s a character portrait printed on retired library book pages or a resin piece made from vintage mid-century magazines, I love the unexpected and the deeply personal joy fandoms create. I was invited to join the Ten Women Gallery cooperative in Santa Monica in 2018 and I have loved having a local brick and mortar location for my art in addition to my online shop. Read more>> 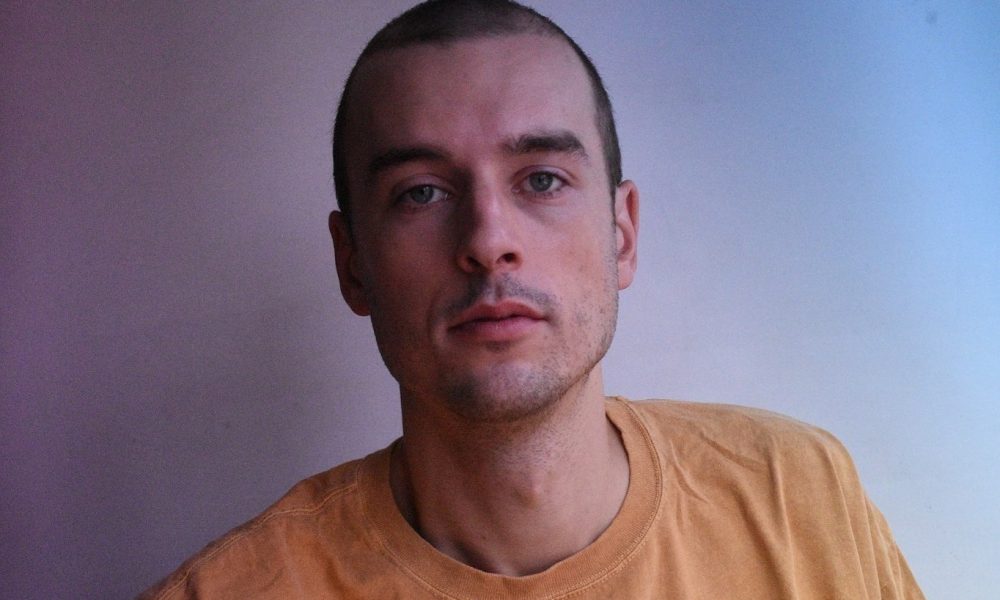 My story begins in small town Minnesota. It’s where my love of music began. It started in small churches and bars. When I turned 19, I left to study music in Seattle, where I lived and worked for a number of years. Seattle is where I learned to be a musician. In school, I played with the Gospel choir and Pit band. Outside of school, I was playing bass terribly in folk bands. Singing songs at coffee houses. I played in so many bands. Eventually, I got into producing and djing and thats where the name “Luna God” comes from, which is my current project. I am a producer, dj and engineer. That brought me to LA, where I’ve learned so much in this musical city. Where currently, I’m trying to piece it all together and be one whole musician. I’ve taken up singing and writing songs again. Putting all my hats on at once, I’m releasing an EP of songs that I wrote, produced, and mixed. I’ve been looking back a lot lately at my personal history as a musician and am going to be exploring that via my songs and through a new series I’m doing on YouTube. Read more>>