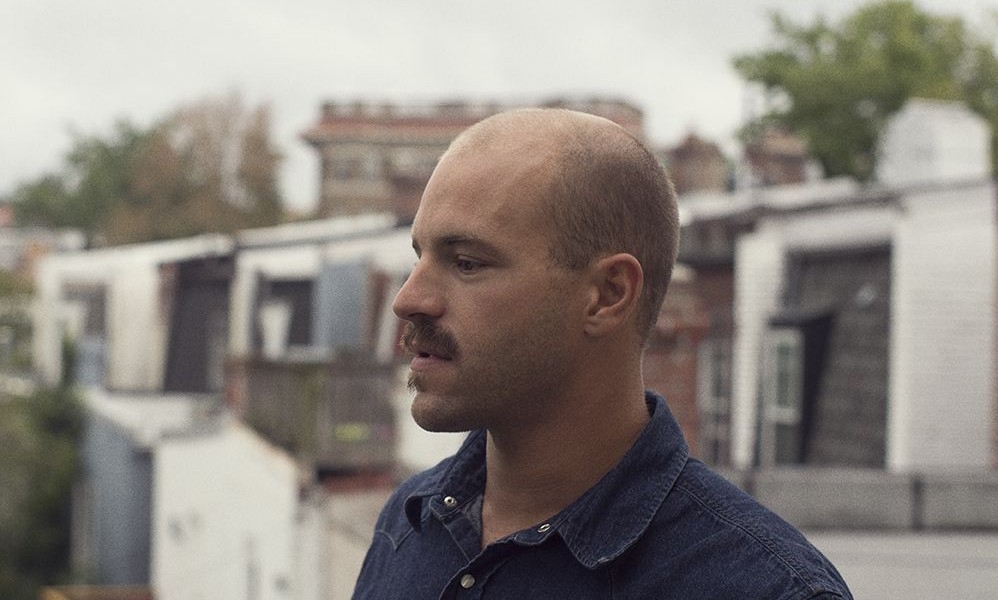 Well, I grew up a middle child in Mount Vernon, Virginia and was raised under Southern values. From the time I could walk – I immediately marched to the beat of my own drum. Naive in youth, I lived everyday as a new adventure and opened my world to just about anything. Naturally being a nonconformist, I would find myself in the wrong situations and learned quickly that I could go down the wrong path if I didn’t keep myself in check. For me, art became a way to escape and was a positive outlet for my misfit tendencies. It was a very natural process. Read More>> 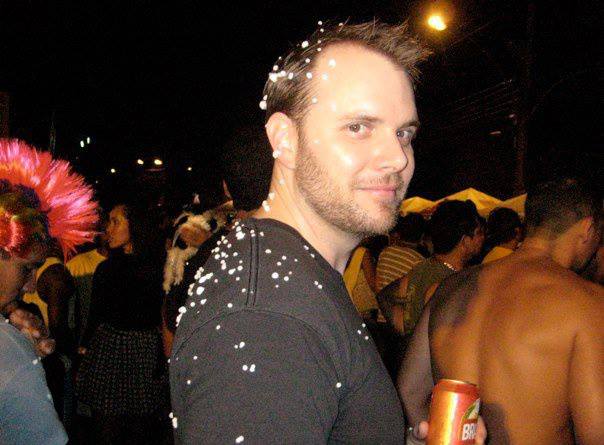 In undergrad, as a film major, I took all the photography classes offered to learn more about cinematography and story telling through images. Even though photography was never what I wanted to do as a career, it’s been an integral part of my life and has been a source of income for me where ever I’ve lived in the US. Read More>> 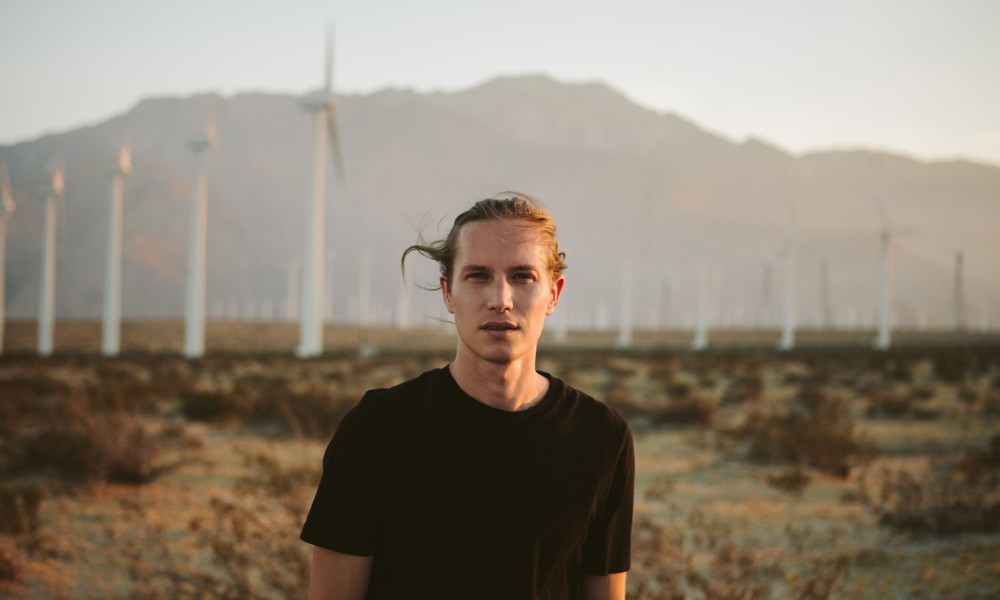 I grew up in Kent – England, just south of London. My main passion was surfing and as many of you will be saying, there’s surf in London!? Well no, there’s no surf in London. I remember being twelve years old, wanting to surf but the nearest surf spots were six hours away on the other side of the country. I spent any spare time making the pilgrimage down to Cornwall (the West coast of England) in search of waves (thanks for driving mom!) This feeling of departure, search, adventure and return became a way of life for me and as soon as I was old enough, I began travelling the world. Read More>> 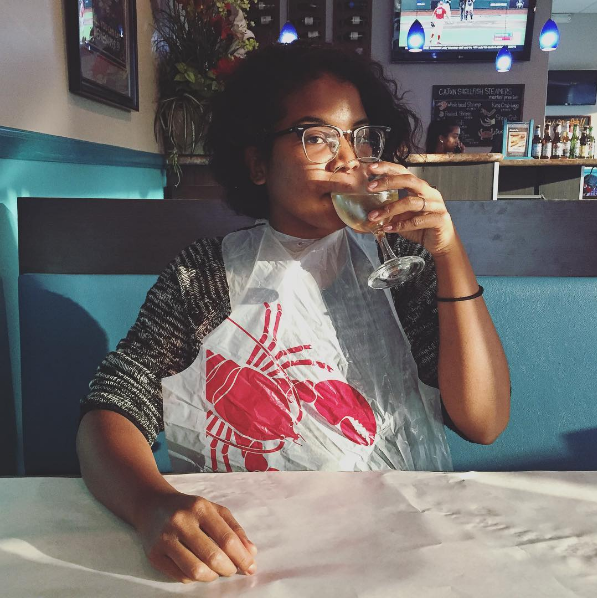 I wanted to become a photographer but felt the obligation to gain a degree in some form of an institution because my family had a very specific view of how to “make it” in America. My family was so thrilled that I was accepted into a university, that they could care less about what I studied. I chose Media and Cultural Studies at UC Riverside, knowing my two possible job options were an educator and debt-ridden philosopher. While internships were not mandatory, they served as a more hands-on way to learn outside of a classroom. I have had several internships in my grande search of self, all of them in a high-fashion photography environment. Despite 3 years of experience as a studio manager and a BAh from UCR, my first full-time job was as a dispensary manager in Koreatown. Read More>> 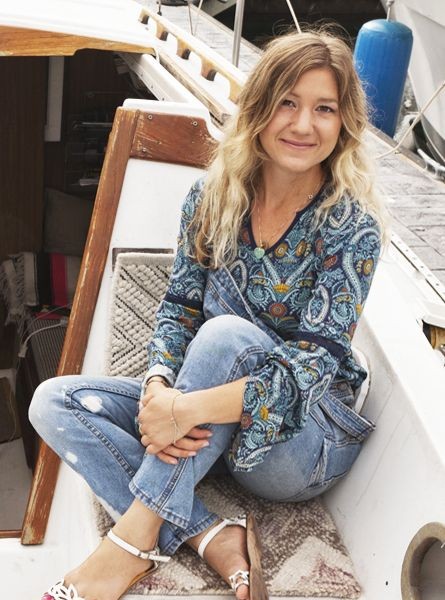 I moved out to Los Angeles in 2011 from Chicago to work as an intern for a renowned documentary photographer in Venice Beach. After three months working as an intern, I was hired as her production manager organizing photo shoots for different editorials and managing the photo archive. In 2014 I left my position at the photographer’s studio to begin my own photo business and started freelancing and producing my own photo shoots and heavily shooting my own documentary work. Read More>> 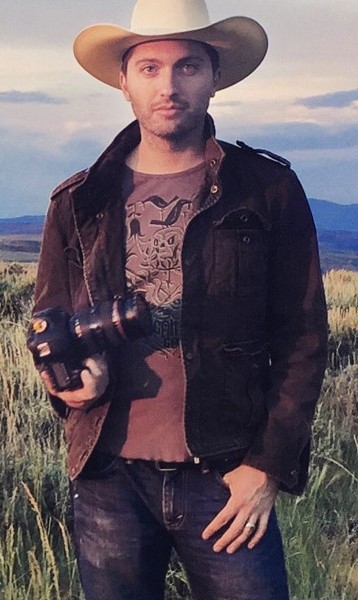 I grew up on a sheep ranch in Wyoming. I went to college in Denver CO studying photography. After I graduated I was doing well doing small photo jobs and assisting. But the market in Denver is pretty limited and it can be hard to make a living. But as it turned out I wasn’t going to stay in Denver for long. Read More>>

I’ve been around cameras for as long as I can remember. Yes I know, we all have pictures of us as a baby, but did you also have a father who owned a commercial media production company? Likely not. There was barely a moment in my youth without a camera in front of or behind my face. Family trips, eating dinner, picking my nose – you name it. This constant immersion into the world of photography and videography gave me an inescapable love for a medium that told stories through images. So when I went to college I decided to study screenwriting – something that connected me to my media desires but also developed it by teaching me how to script stories. Read More>> 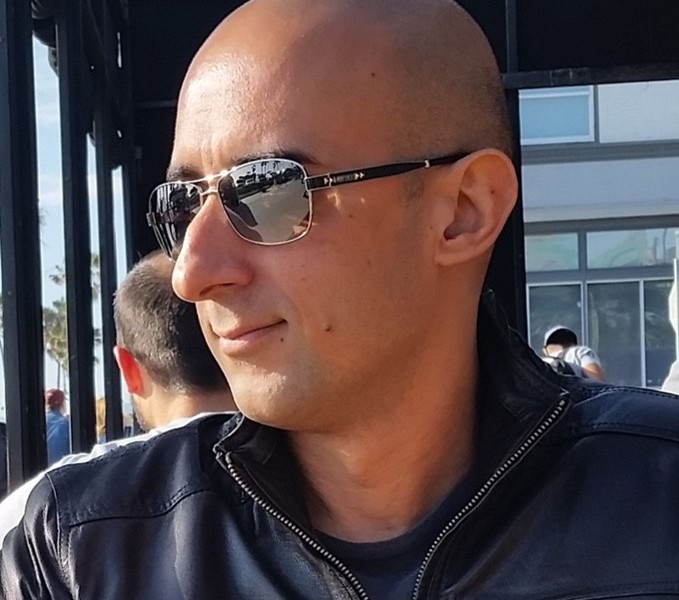 A self-taught artist Vikas Sharma comes from the school of thought of beauty in simplicity. “When you shred things down to the bare minimum, removed of any thread of pretention, what remains is an essence and it is beautiful in itself. The simpler the picture, the more it is remembered,” believes Vikas. Read More>> 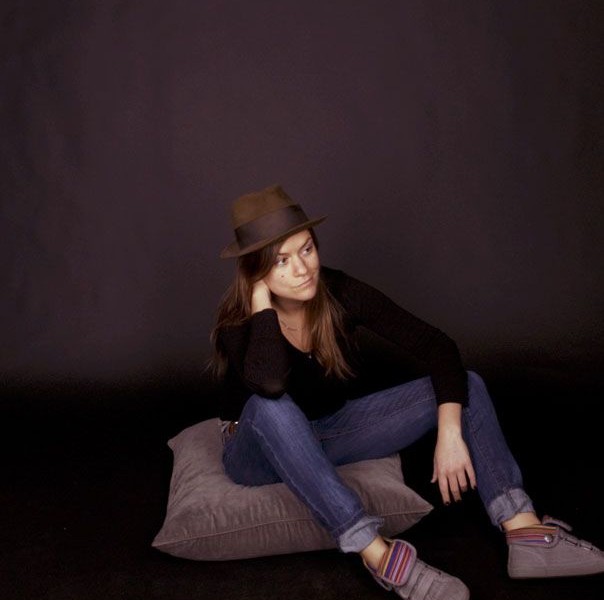 My love for photography came when I received my first camera as a child. I used to dress up our family dog, Cookie, hang quilts for a backdrop & shoot what I deemed the most beautiful photos. From then on I always had some sort of camera, disposable or not, with me at almost all times shooting my friends & any photo opp possible. Read More>> 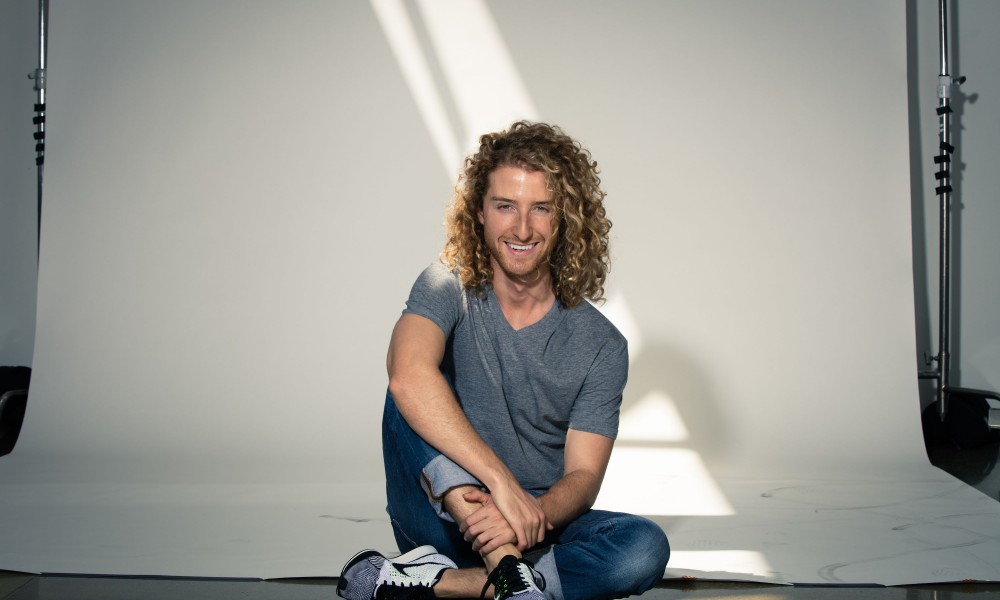 I was born in LA and grew up in Malibu. I’ve been taking pictures ever since my dad bought his first digital camera, which was a Canon 20D. I started by photographing nature…mostly flowers. He had a 100mm macro lens and I was obsessed with the microscopic detail it was able to capture. I still use it to this day. Read More>>

I fell in love with photography when I was 15 and spent the better half of high school either in the darkroom or exploring my hometown of Chicago taking photographs. It’d be winter in Chicago and my dad and I would go into the city so I could take photos at night; I loved how the city came alive with lights after dark. The second time I visited New York City, I took 25 rolls of film in a single day; thank goodness with digital you don’t have to pay to develop film anymore! My love of creating didn’t stop there – over the years I’ve worked in fashion design, styling, and developing wine brands from the ground up. I love being able to visually convey a mood or emotion. Read More>> 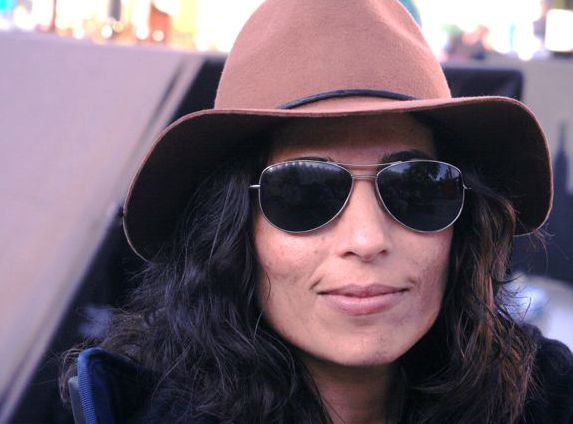 My passion for photography started when I was very young. When I was 12 yrs old I asked my parents to give me a photo camera (with film roll). From then on, I was always taking photos, making my little brother pose for me. In high school, I learned to develop film and even though that was only during a short 6-month class, I had the most fun exploring with the photos in the darkroom. In spite of my passion for this art, I did not pursue it professionally until many years later. Read More>> 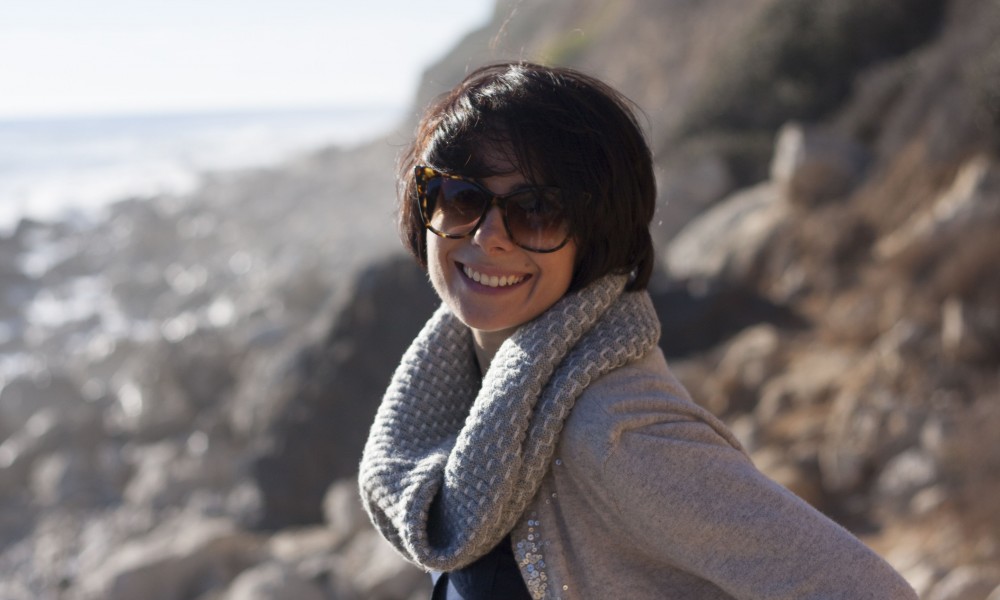 I was always into art, perhaps because I grew up in Saint-Petersburg, Russia and was always surrounded by beautiful sights and architecture, and went to plays and ballet, and visited museums and galleries with incredible paintings and photography. Read More>> 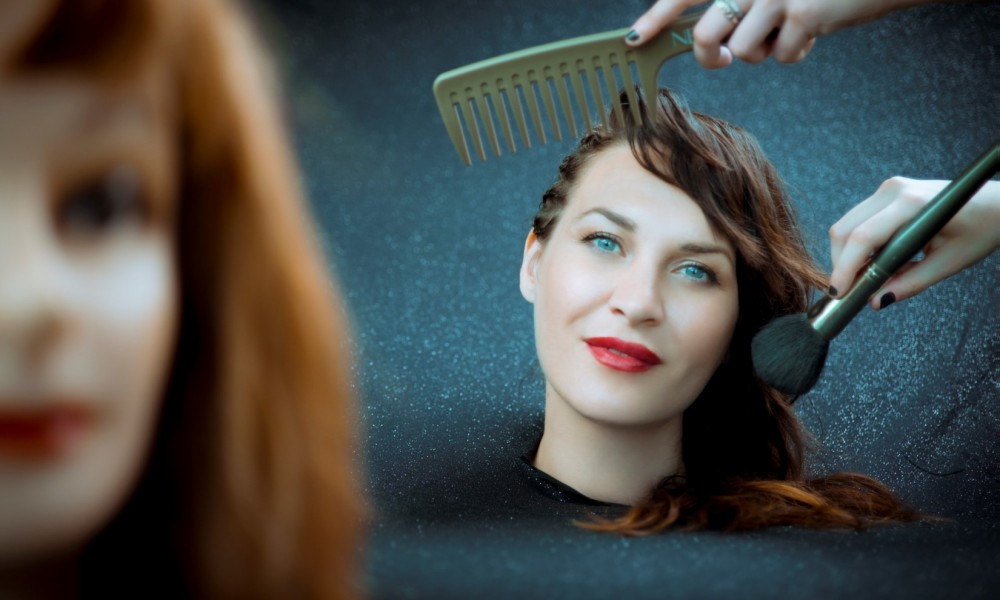 What began as a little girls obsession with beauty and a desperate attempt to be liked, turned into a career. Hair and makeup was my way out of small town Georgia, and I always had the California dream. After many years with Click in Atlanta doing videos, commercials and photo shoots, MUD offered me a teaching job in Burbank. 2 years being a teacher taught me more than I’d expected and I turned my sites toward the beach and became a west sider. My would be husband helped outfit our loft with a small salon set up and it was back to being my old one woman show. We bought our first home last year and the salon has grown up a lot. Read More>>