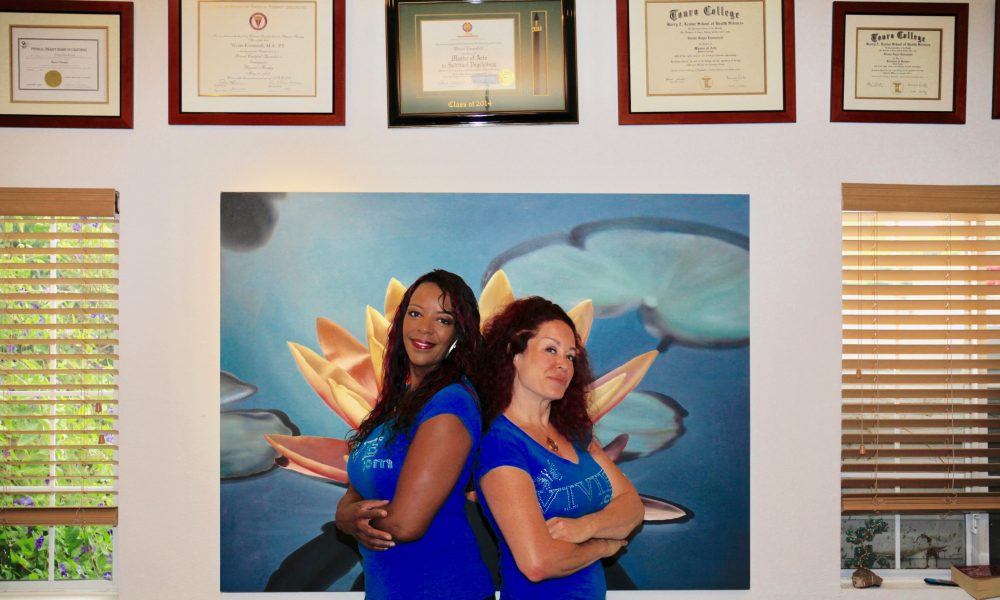 I grew up as an athlete in Brooklyn, NY in the 70’s, playing basketball at the local park and just about any sport you could imagine. I was commonly known as the “tomboy” or the “superjock” of the group. Once I hit college, I didn’t know what to major in so I became a phys. ed major to continue my passion of sports. Read more>> 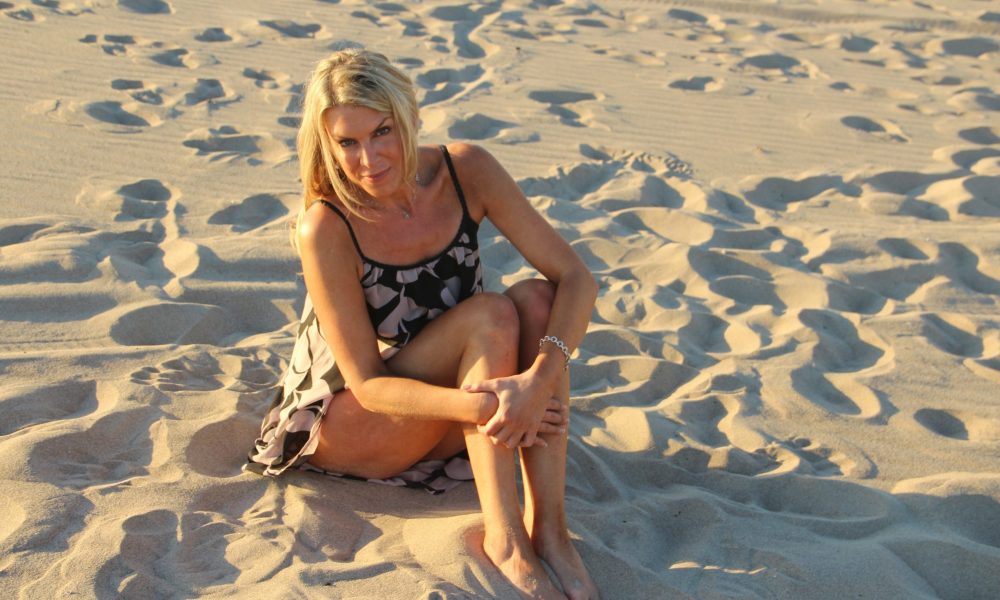 I always have been interested in health and fitness for as long as I can remember, so after graduating from Michigan State University with a degree in Dietetics, I moved to Southern California to begin my career in nutrition. I was initially trained with an eating disorder specialist and eventually went into private practice, specializing in those with disordered eating and body image dysmorphia, for about the first 10 years of my career. Read more>> 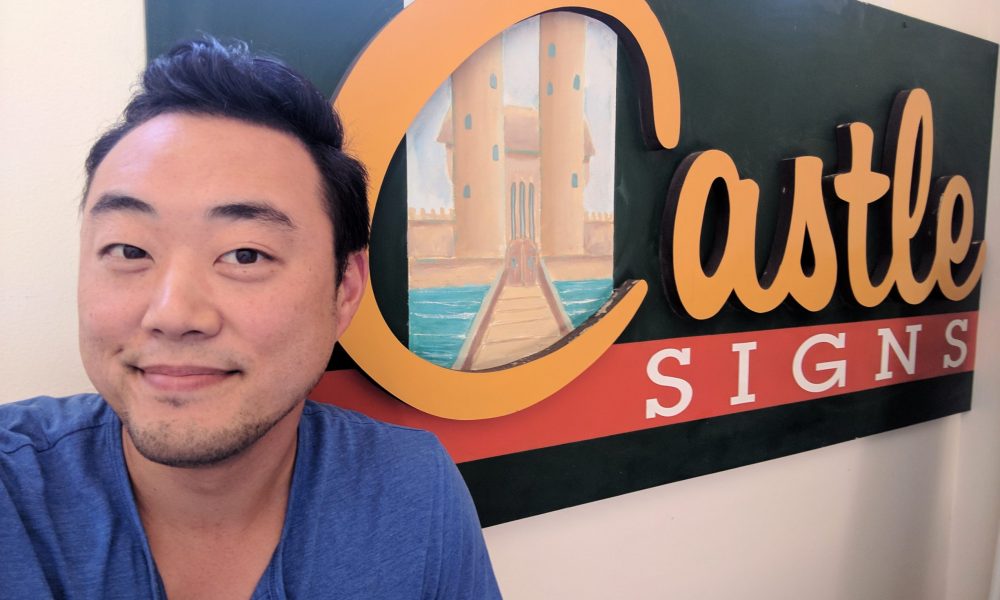 It used to bother me when people asked me in social settings surrounded by finance gurus and lawyers: “So what do you do?” My answer would be “I make signs for a living” or “I’m a sign maker” A common response to my non-glorious answer is “I guess someone’s gotta make signs.” Read more>> 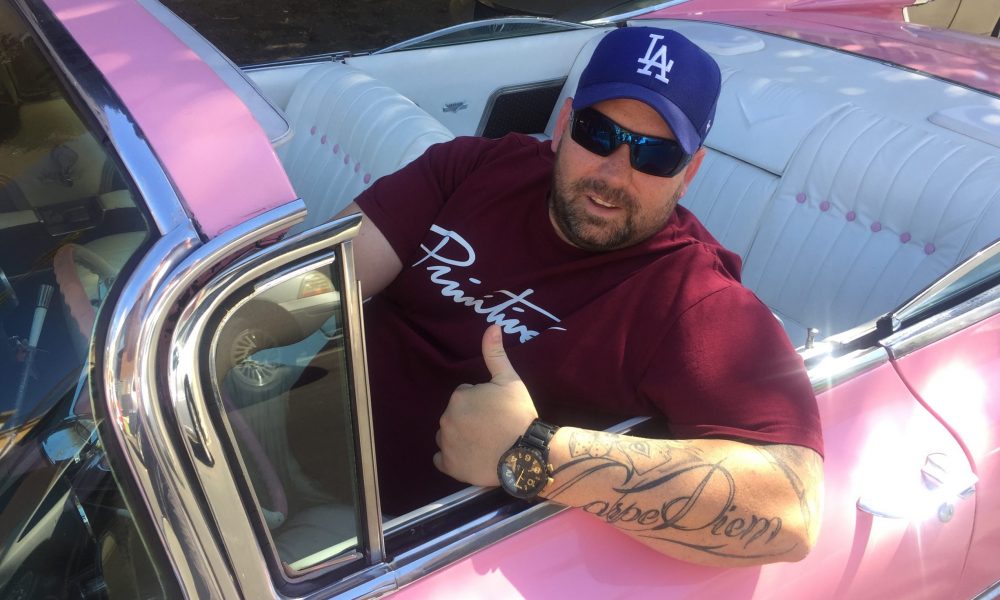 It all started in the sound studio back in 1997, I got really interested in doing radio commercials. I worked as an apprentice in a sound studio in Johannesburg in South Africa and slowly worked my way in to the TV and film industry. I eventually owned my own Post production house with 3 sound studios doing TV commercials and post audio for movies. Read more>> 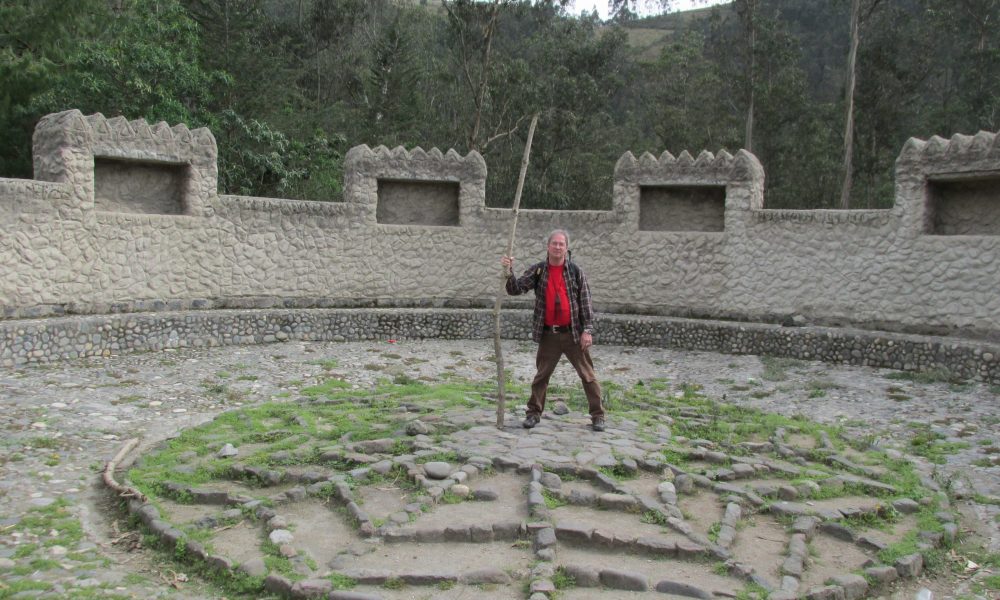 Rebeca Salvador and myself partnered on the Boardwalk in Venice where she was displaying her Inca Arts & Crafts from Peru, South America. We opened a shop on the Venice Boardwalk and mixed her Inca culture Native Crafts with Native American culture, I am of Cherokee heritage. Read more>> 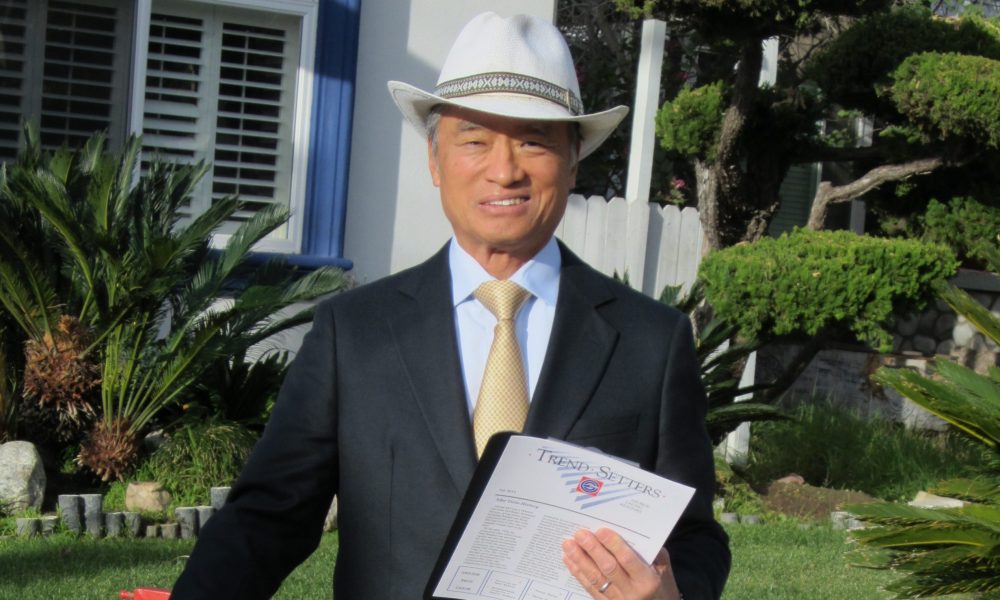 George Chung is the founder and CEO of George Chung Realtors based in the heart of Mar Vista. In 1978, George opened his real estate brokerage firm, George Chung Realtors, and focused on the Mar Vista neighborhood – the “90066” zip code. It has always been his center of attention and that enables him to forecast trends and help his sellers receive above average sales prices on their homes. Read more>> 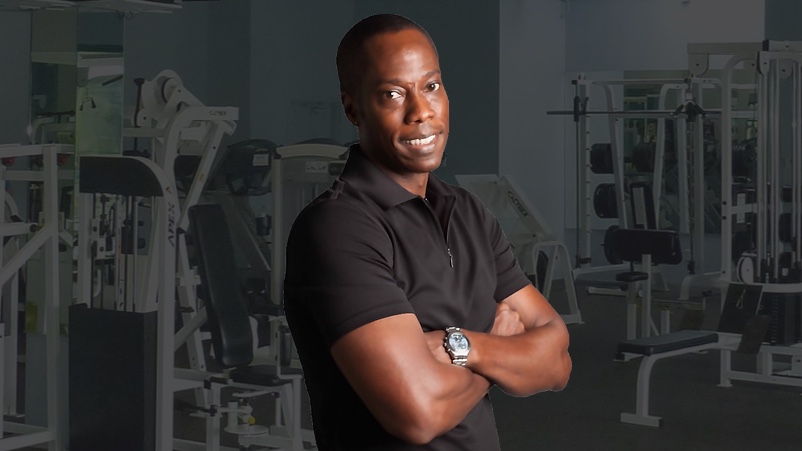 For the last 4 Seasons, I’ve had the pleasure of been employed by the STARZ network as the Personal Fitness Trainer, Nutritionist and Consultant to Jessie Usher for his lead role as Pro Basketball star Cam Calloway, on STARZ hit series “SurMedical Exercise Specialistvivor’s Remorse” by executive producers LeBron James (NBA All-Star) and Tom Warner (Owner of The Boston Red Sox). Read more>> 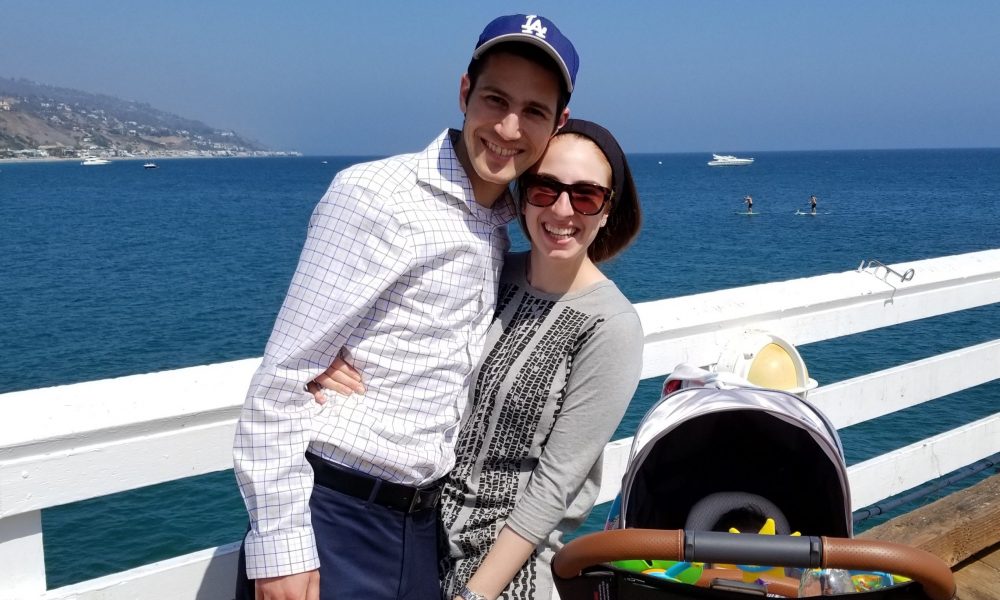 I started this little operation when I was an 11th grade high school student–in 2008. The way that I got the idea to start the business was that I saw a deal for a piece of equipment that I would need to transfer VHS to DVD, and I thought, “This could be a good investment––spend a little bit on this piece of equipment and I could transfer the tapes of my family and friends.” Read more>> 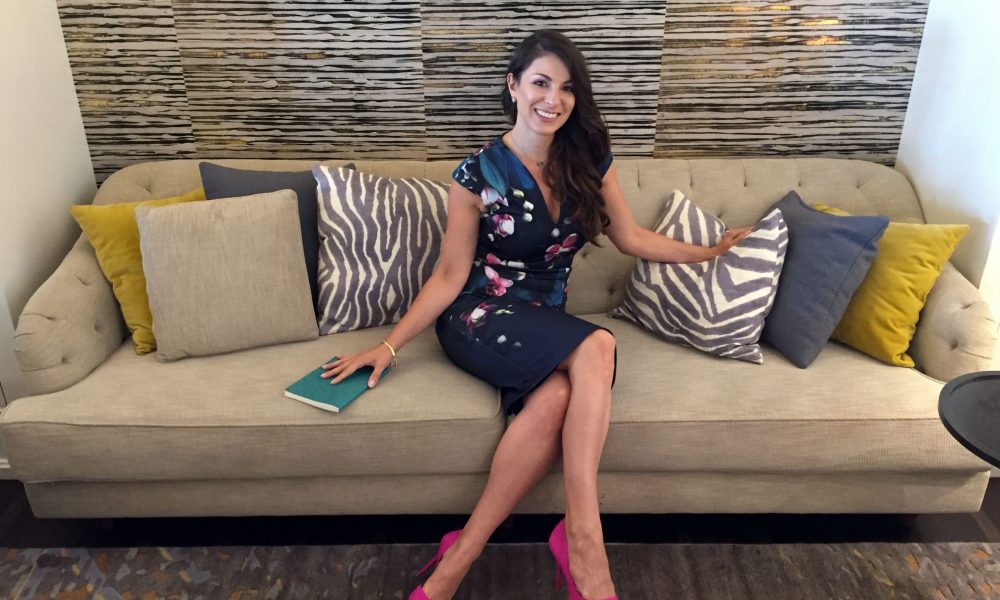 After graduating from New York University in 2006, I returned to Los Angeles where I began my career as a fine art advisor. My first introduction to the fine art scene was managing a contemporary art gallery in WEHO called Ambrogi Castanier, where I first began working with international street artists like Speedy Graphito and Banksy. Read more>> 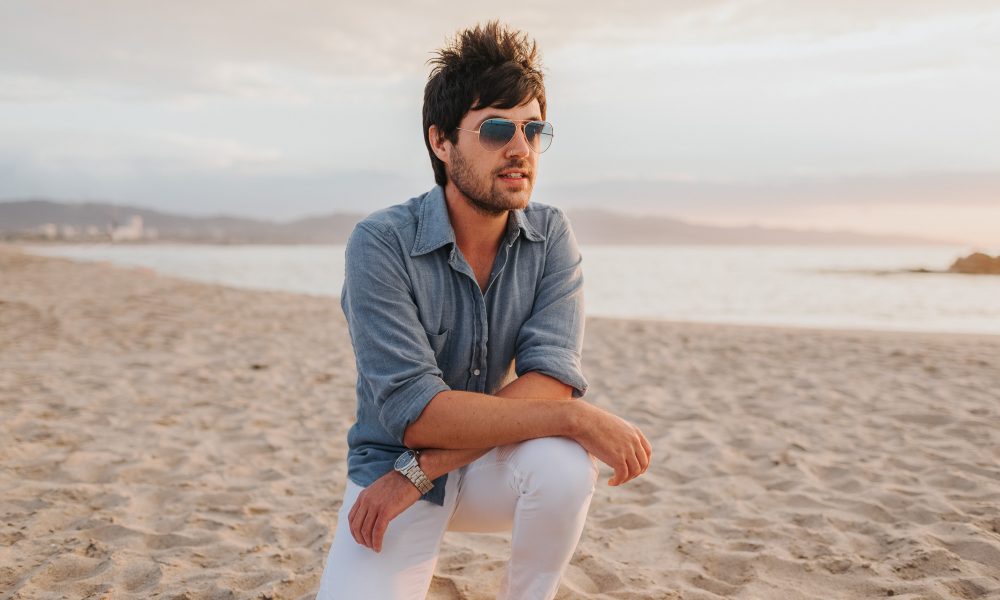 I grew up in Colorado and began doing portraits at 18. Loving it so much, I dropped out of college and I went full time two years later. That turned into a very successful, 6-figure a year boutique studio for years. After a few trips to LA visiting various friends, I decided one day that I was going to pack up and leave Denver. Read more>> 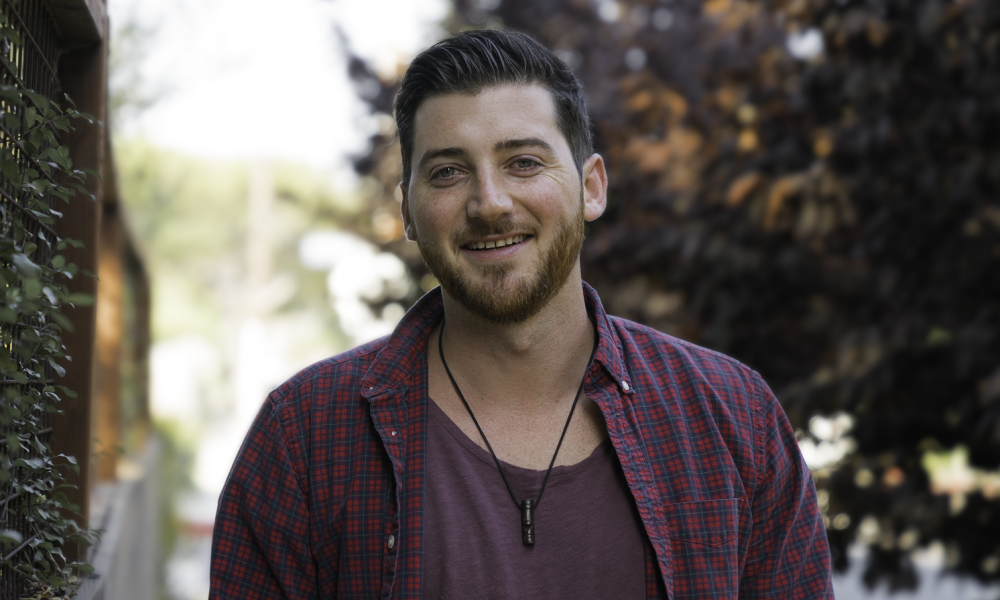 It all started in 2012 during my last year of school at the University of Toronto. I was running a blog with a couple of friends, experimenting with creating content and sharing it on social media. Then, we saw an advertisement for season’s tickets to Florida Panthers, a hockey team in South Florida, for $180. Read more>> 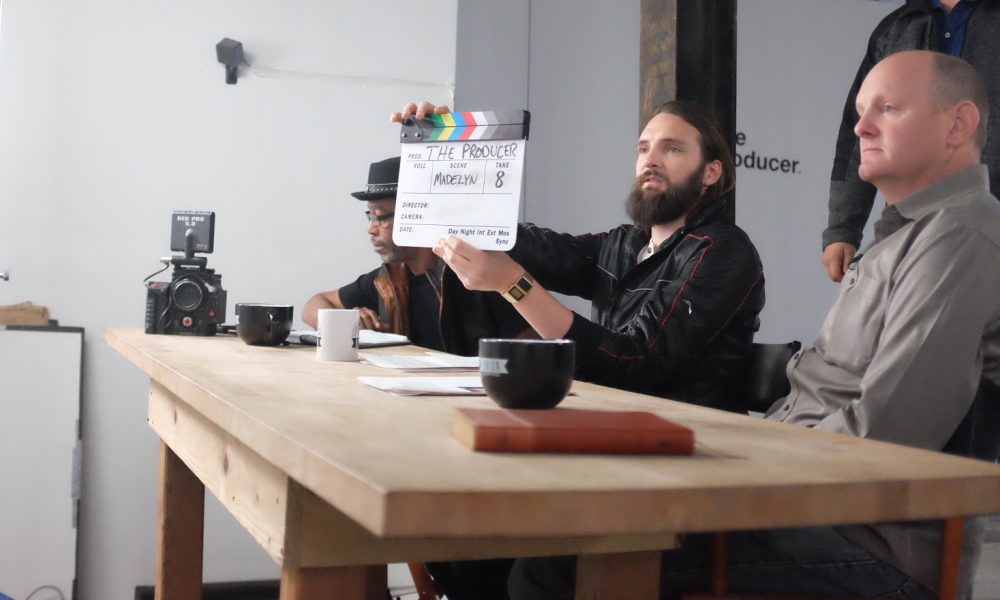 I grew up in Chicago, with a passion for film making, and about 10 years ago I finally moved to LA for some business prospects and to be closer to my aspirations of becoming a film maker, which I am finally financially poised to do at the level I’ve dreamt about. Read more>> 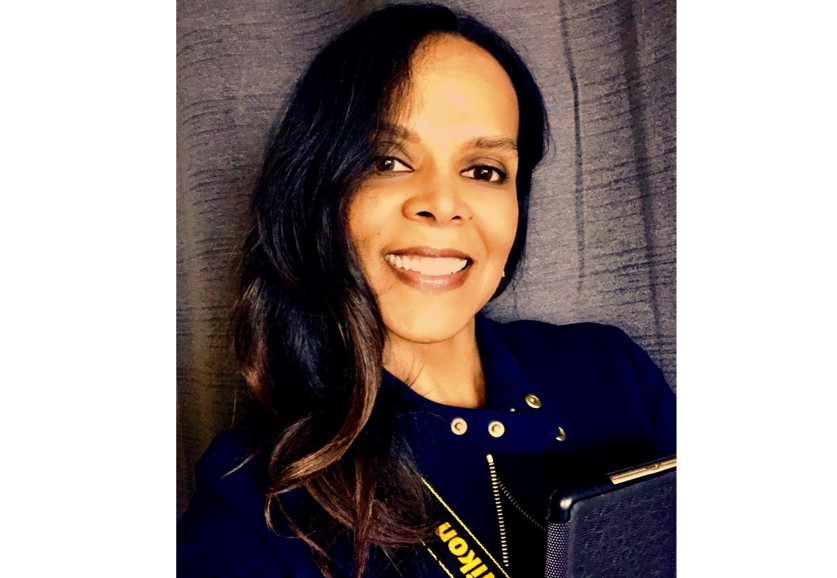 My love for travel started in elementary school, at the age of five years old. I grew up in a diverse neighborhood in NYC and we had families of different descents, Italian, Irish, Jewish, African American, Dominican, Puerto Rican & Cuban all living on the same block. Read more>> 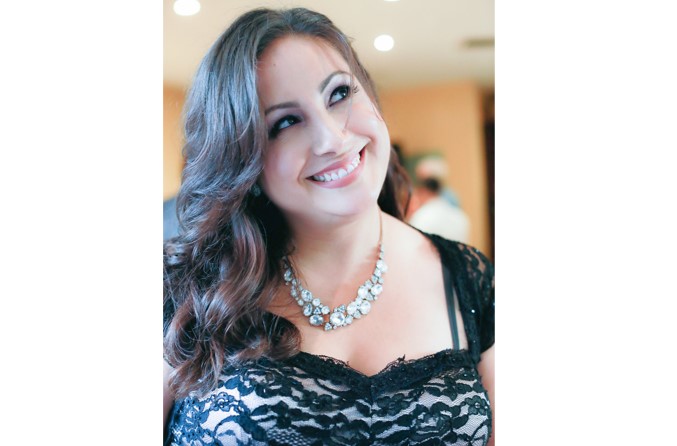 I started as a psychotherapist intern for children, and eventually got a job as a Social Worker. However, my path dramatically changed when I read the book, “Why Your Life Sucks” by Alan Cohen. I decided right then and there that I wanted to take the principles I had learned in that book and teach them to the world by whatever means. Read more>> 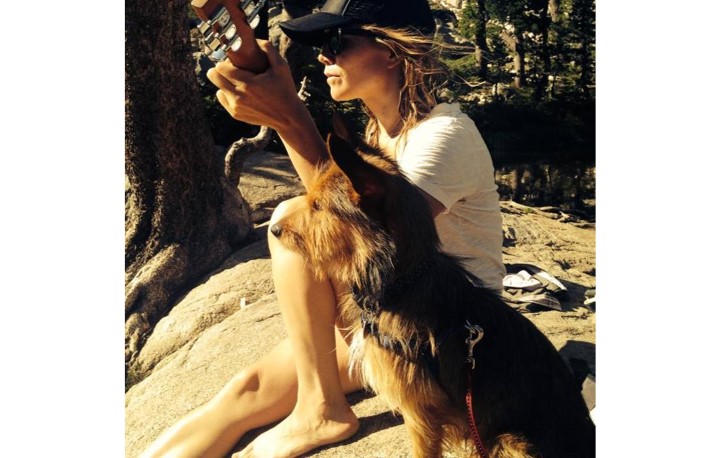 Holistic approaches to maintaining and treating the body as has been a passion and even a way of life since I was a teen. I grew up a tomboy – younger sister to two athlete brothers – there was no such thing as an off-season. During high school, I bounced from competing in field hockey in the fall, snowboarding in the winter, then to softball all while maintaining my hobbies of working out, running, wakeboarding, rollerblading, skateboarding- pretty much I was really into pushing my body hard. Read more>> 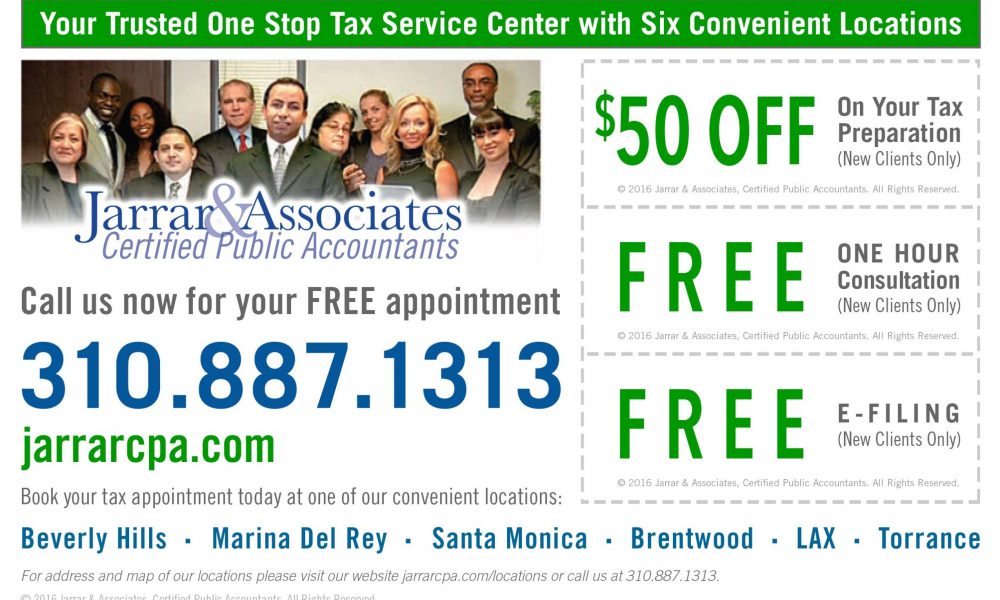 I established Jarrar & Associates CPAs Inc in 2004 as a result of feeling of a need for a firm that better catered to the needs for small business & entrepreneurs. I love being able to watch and be part of the journey as entrepreneurs grew their business as fulfill their goals. As someone who is living his own American dream, I can tell you nothing is quite as fulfilling as achieving long sought-after success while making your dreams a reality. Read more>> 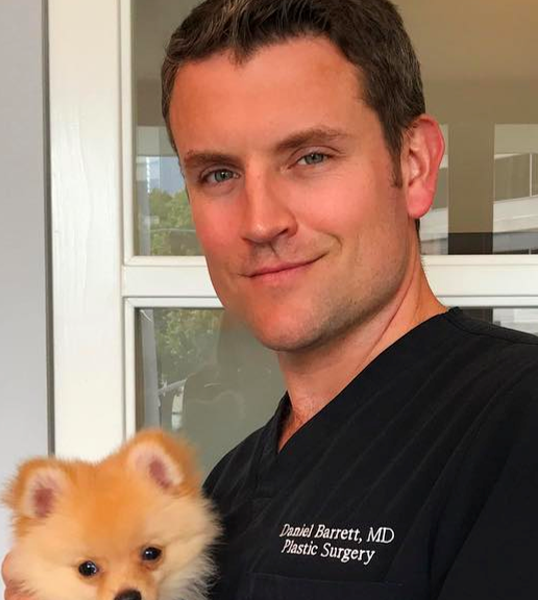 Dr. Daniel Barrett is a Board Certified Plastic surgeon. He is originally from Virginia and made his way to Los Angeles through his training in plastic and reconstructive surgery at USC. arly on in his life, Daniel Barrett loved to build things. Read more>> 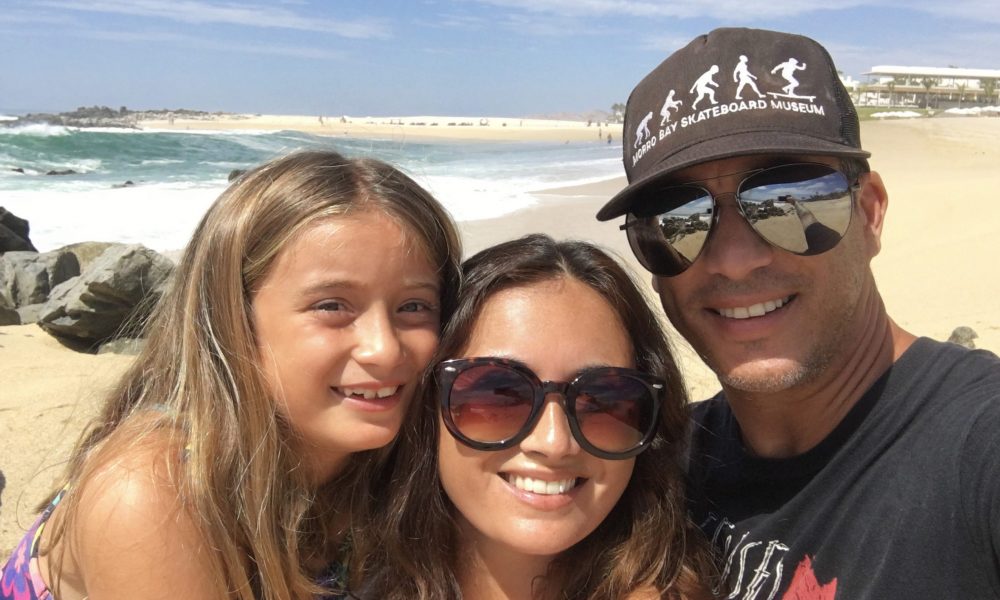 My photography career began in Riverside, CA. I worked a desk job in the medical field for 8 years while attending Riverside Community College majoring in photography and doing side projects. I landed a position at Inland Empire magazine as their staff photographer and photographed food, portraits, boutiques anything they needed really. Read more>> 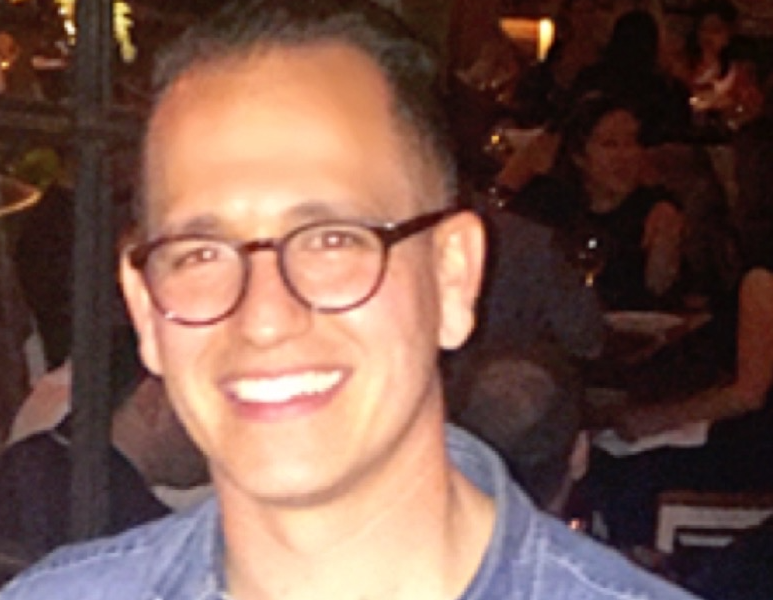 Ever since I was young, I had a passion for real estate. It is this passion that has driven me to build a property management company. When I first started back in 2010/2011, my first client was a four unit apartment building in Hollywood. I didn’t have a clue what I was doing but was determined to work through any issue that come up. Read more>> 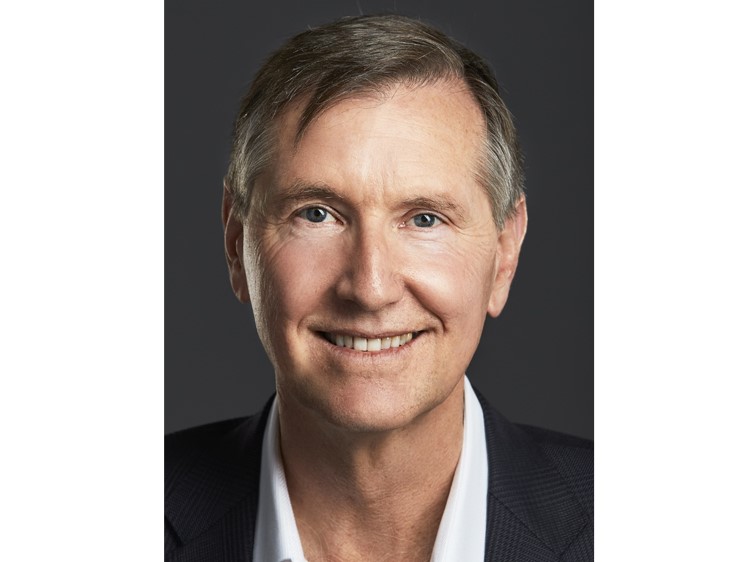 Prostate cancer was a natural choice for an oncologist wanting to be successful in the hypercompetitive Los Angeles marketplace. Medical oncologist are generalists that are charged to care for over 100 different types of cancer. But how can you promote yourself as the best at everything? Since no other oncologists are solely specializing in prostate cancer, and since it is the most common type of cancer in men, it seemed like a natural specialty to pursue. Read more>> 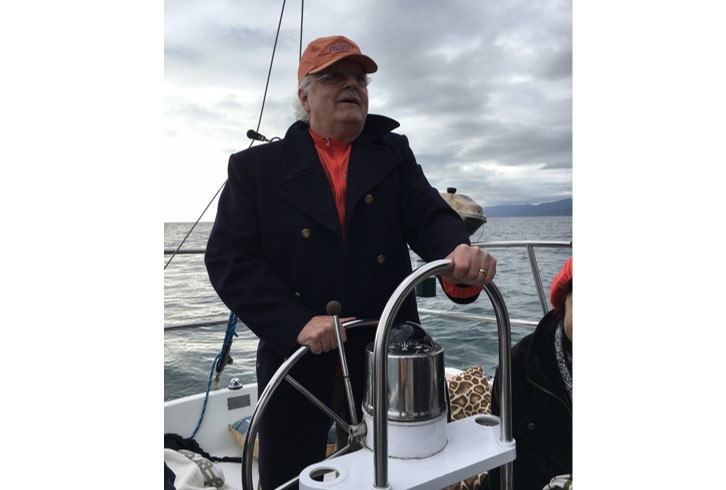 With no family members to give me direction, I graduated from high school with no idea about going on to college until a buddy of mine at the last minute said we should go to Navy Pier. It was the temporary home U of Illinois at Chicago at the time. Read more>> 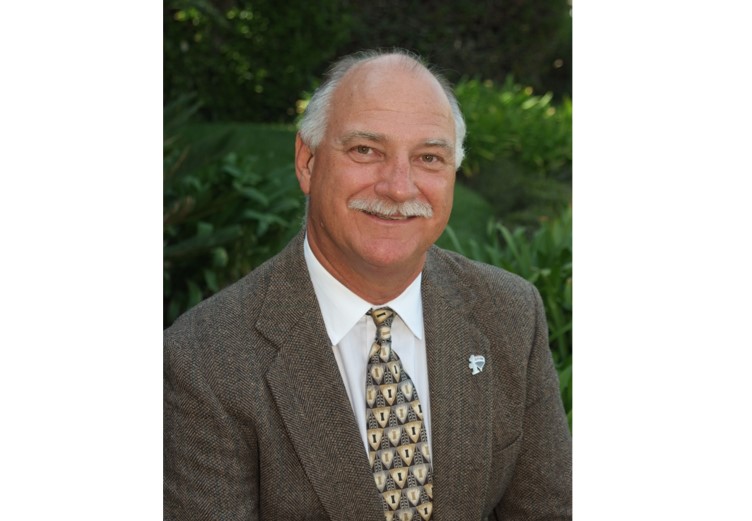 I started in real estate sales in 1976 and obtained my Broker’s License in 1978. I have been full time realtor on the Westside for 41 years. I was born in Venice, CA and have sold properties for families that I grew up with, sometimes 2 or 3 times. I have sold properties from Malibu to Palos Verdes. Read more>> 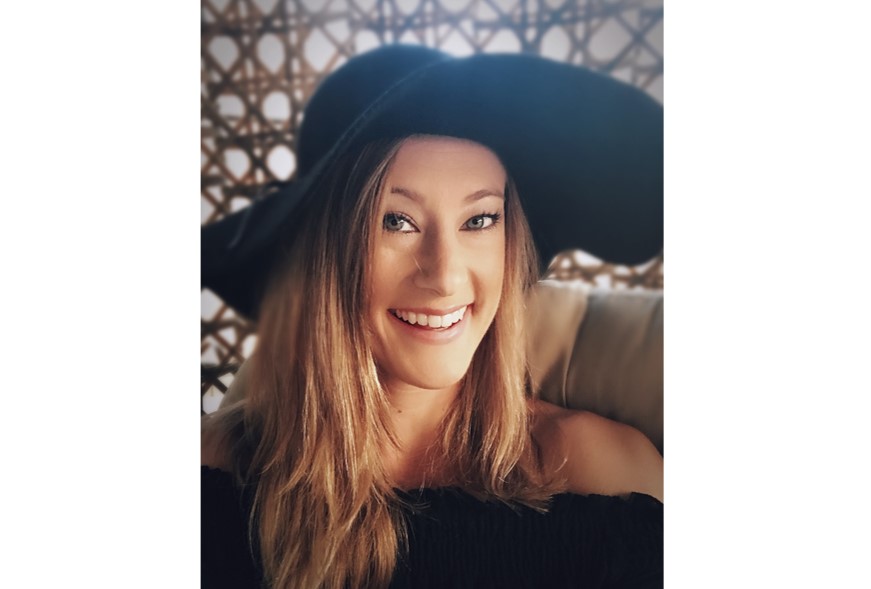 I was always a lover of art, color, and texture ever since I was a little kid. After graduating from college with a degree in Business Marketing, I knew there was an artistic even I wanted to take. So I went back to school to learn graphic design and my whole world opened up. Read more>> 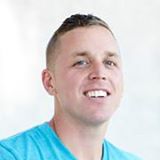 I began as a rental agent for a different location, as I saw the growth and excitement in the Studio Division, as branch that caters to the Film, TV & Commercial production world in LA, I quickly jumped on the opportunity to help with the operation when a job opening became available. Read more>>