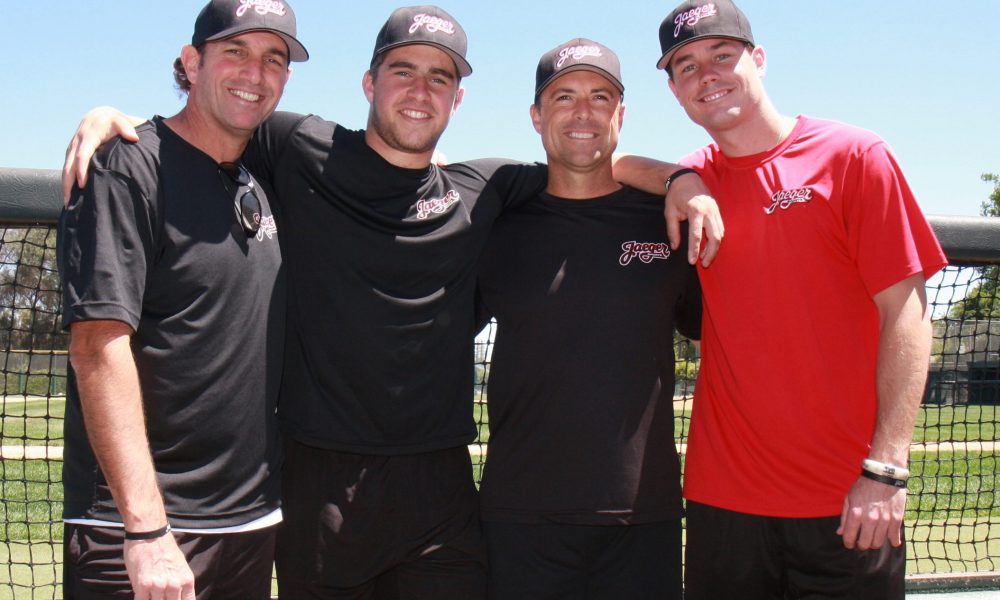 I grew up in the San Fernando Valley. I went to Granada Hills HS, Pierce JC, SDSU and graduated from CSUN. I played baseball through my Jr year of College, and got very interested in the Far East, specifically, Zen, Taoism and Yoga. Read more>> 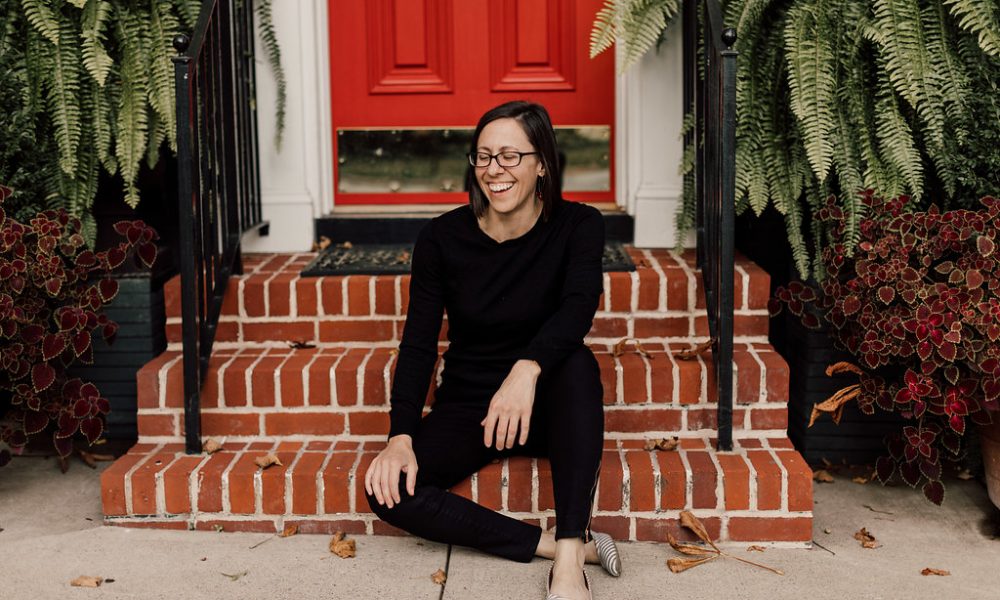 You know, my story is a non-linear one. I think in each stage of my life, I kept following what felt like the next best step, the right thing for ME. I’ve considered med school, worked at Johns Hopkins in obesity research, worked as a personal trainer in a gym and in people’s homes, I’ve done part-time gigs, I’ve learned about digital marketing and written product launches and had fun with other marketing projects. Read more>> 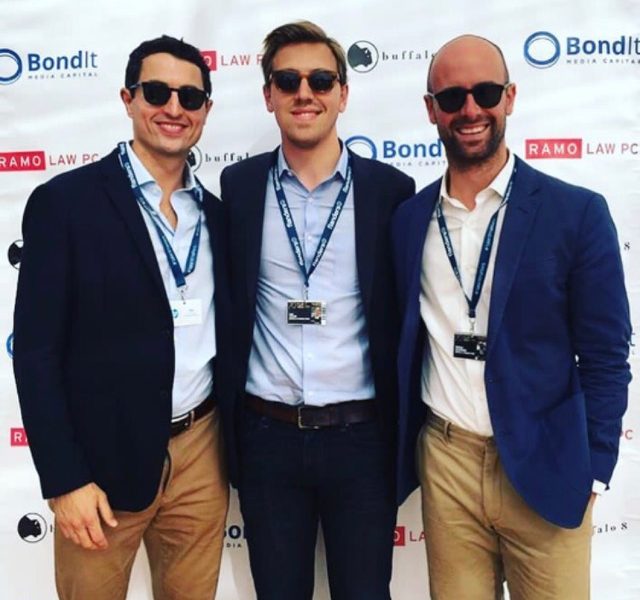 Prior to founding BondIt Media Capital and Buffalo 8 Productions with my business partner, I was working in physical production for film and television. I had previously been focused on the music industry – when I was in high school I ran my own recording studio out of my family’s basement and then attended the University of Southern California studying music business with the intention of going that route. Read more>> 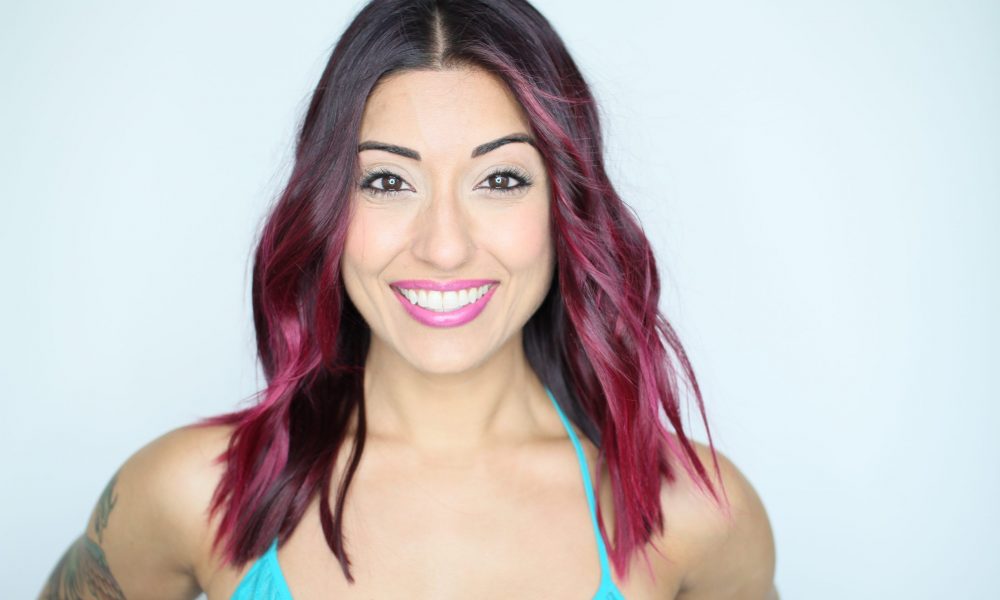 It all started in April 2012 when I found myself at rock-bottom. I was no stranger to rock-bottom, but this was different. On the outside, I looked like I had it all. I looked like I lived a very glamorous life as a marketing director for a nightlife company, working with some of the world’s top artists and DJ’s. Read more>> 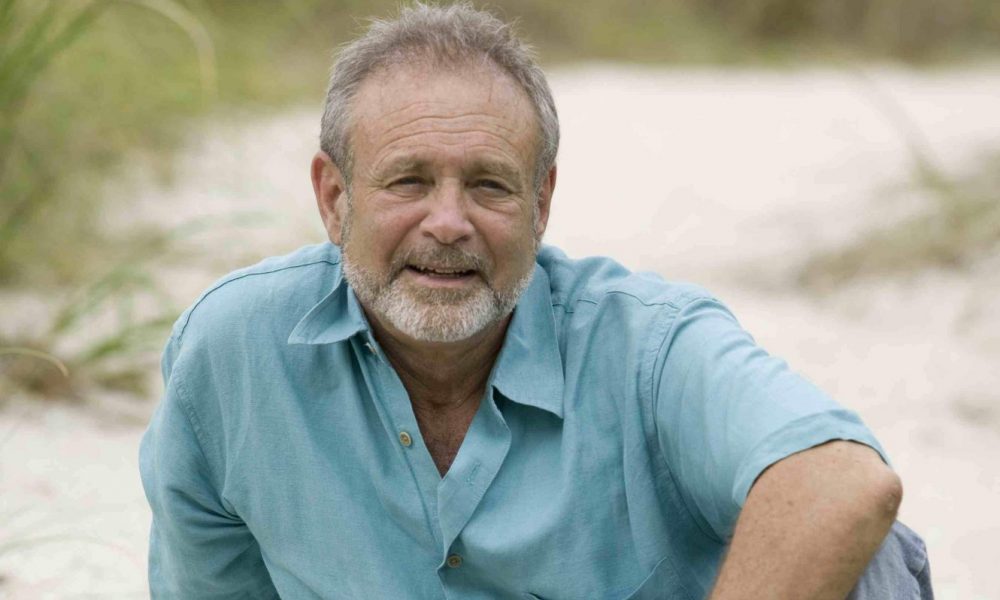 I’ve been on a personal path of shamanic exploration for 40 years. Two pivotal things happened to me as a young man. A year in Spain, delving into the work of Carlos Castanedas, while studying Flamenco guitar with Gypisies, and a back injury. Read more>> 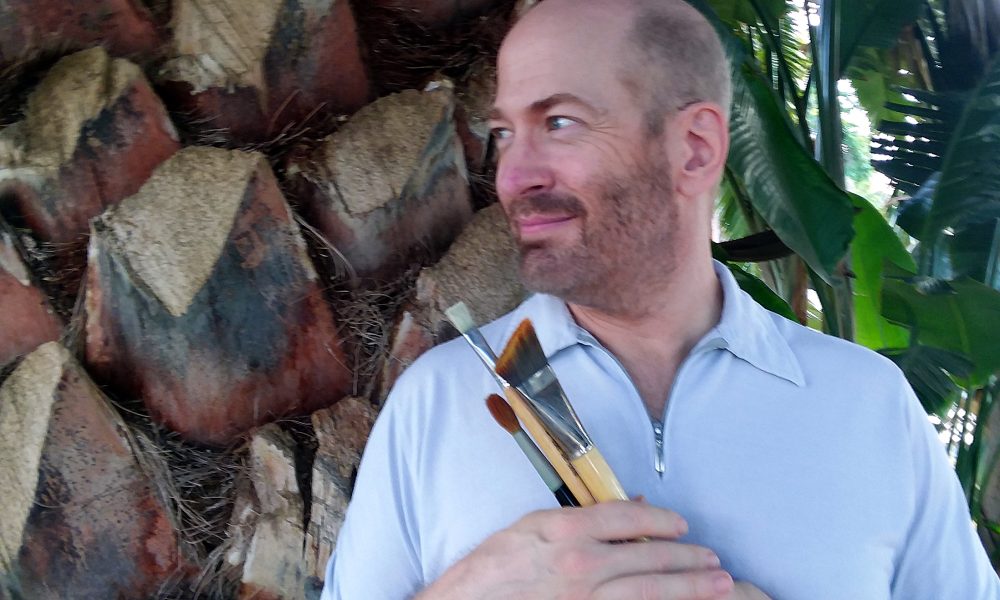 My parents met as students at the Art Institute of Pittsburgh. So, art was always going to be my thing. I grew up with cartoons and comic books. I most enjoyed the eye-popping characters of Tex Avery’s work, the comic gesture of Jack Davis and MAD Magazine. Read more>> 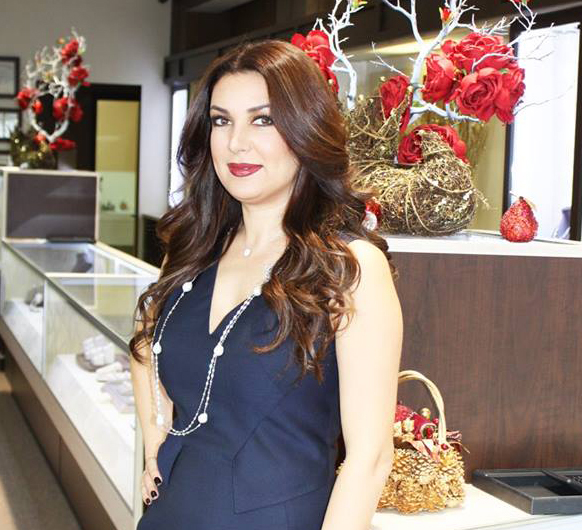 I began my business in 2005 after I received my degree from GIA (Gemological Institute of America). My main focus was to provide customers with an extraordinary experience. I had a passion for art, design and fashion that motivated me to go into the jewelry business. Read more>> 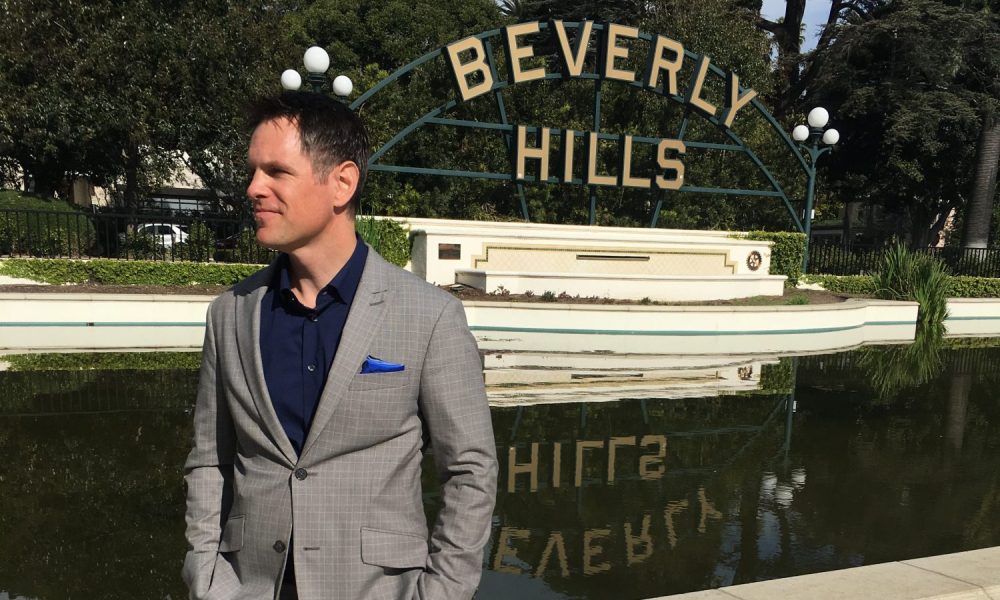 I never dreamed of working in real estate. I had watched The Money Pit, a 1980s flick about a dilapidated house and its unsuspecting buyers, but that was the extent of my property interests. From my earliest years, I was going to be an astronaut, fireman, artist, lawyer, and finally, a professional basketball player. Read more>> 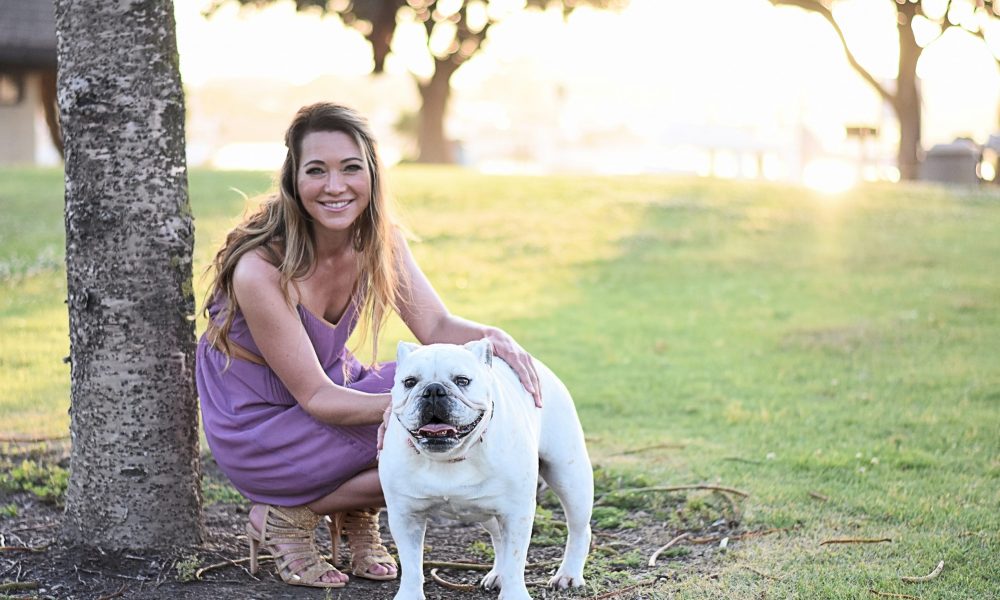 Crystal Sunshine Psychic Services was founded by myself. I had been a flight attendant for several years working on private jets; flying the world’s most elite people around the globe…However, the wonderful experience fell flat and I realized that ‘elite’ had an entirely new definition. Read more>> 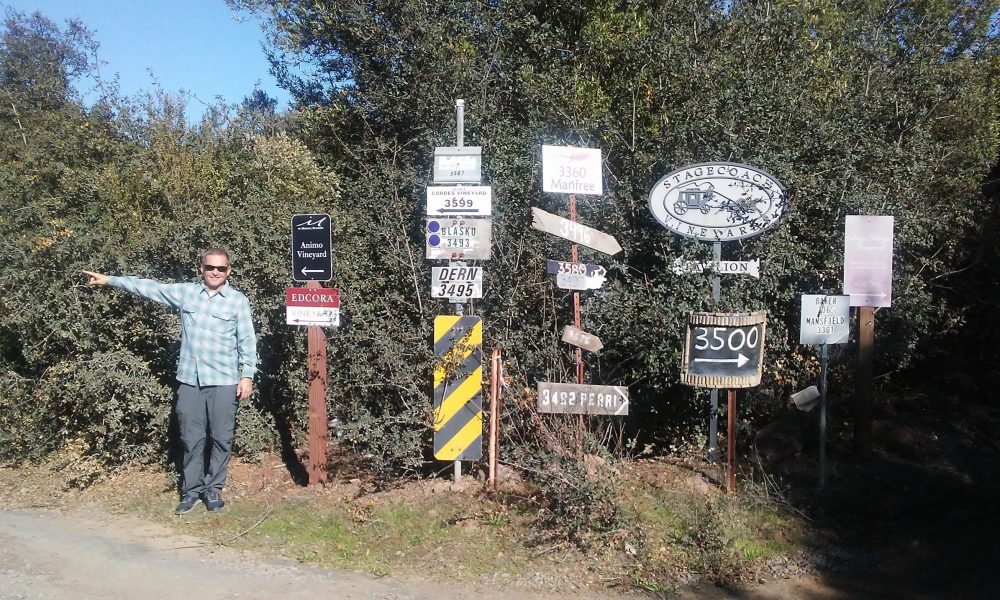 I was born in Santa Monica and grew up in Culver City, Ca. as part of a family that migrated from Oklahoma. Our food was typical homestyle Midwest dishes (cabbage rolls, roast beef, chili, hamburgers, fried chicken, etc.) and my only recollection of wine was when Uncle Lee would break out a bottle of Blue Nun during the holidays. Read more>> 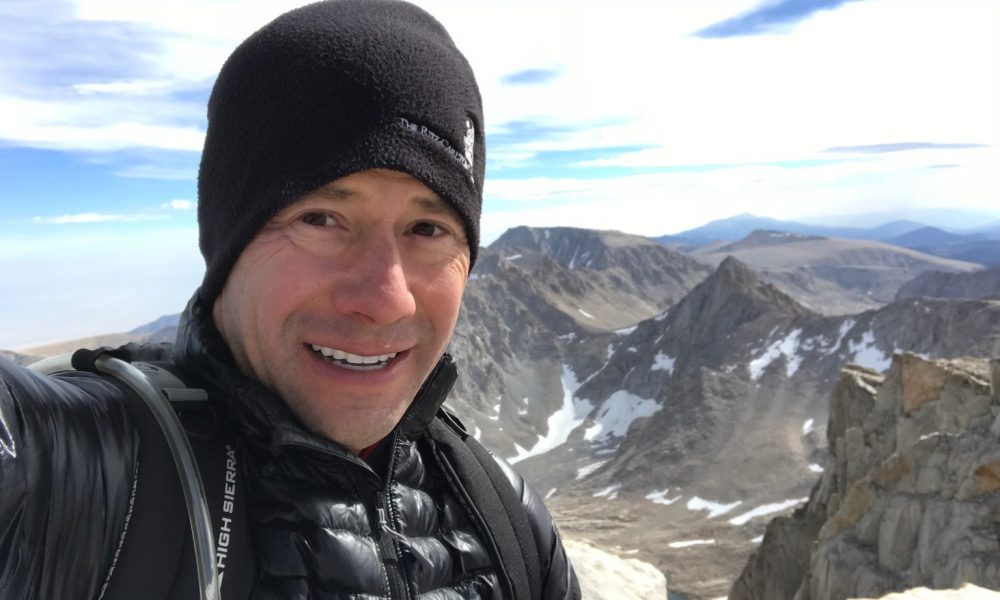 After earning my Master’s Degree at the University of Missouri, I moved to Los Angeles. It was January the 3rd of 2001; my first day entering the workplace. Keep in mind, both the US economy and stock market had been battered and investor psyche was at a low following the dot-com bubble bust. Read more>> 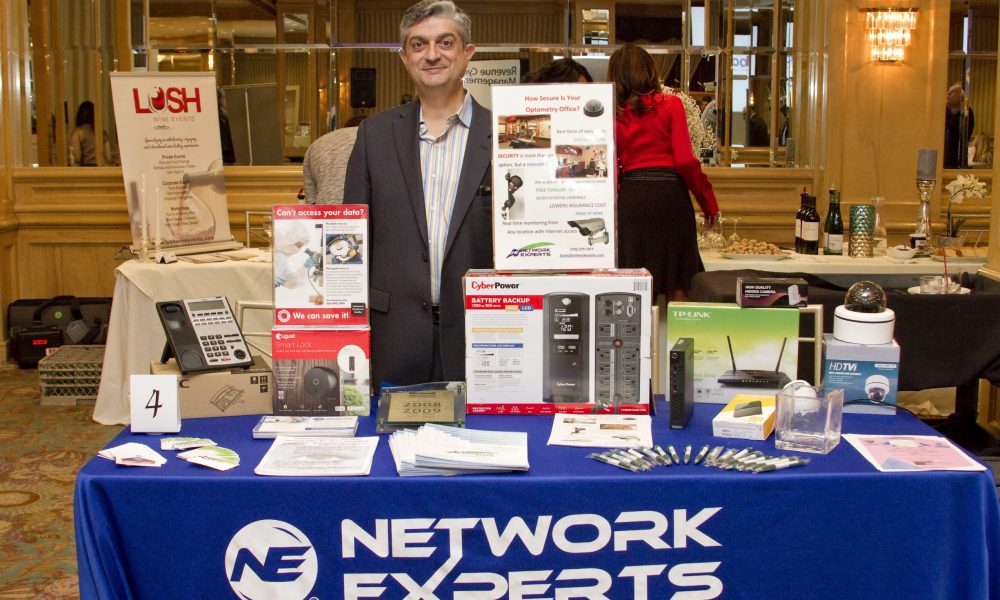 I graduated From CSUN in 1986 in computer engineering and started working at Jet Propulsion Labs (NASA) as a system engineer. My fascination with technology led me to start my own business building personal computers for small businesses and home users. In early 2000, I reinvented myself by going towards automation, mobile devices, and security cameras. Read more>> 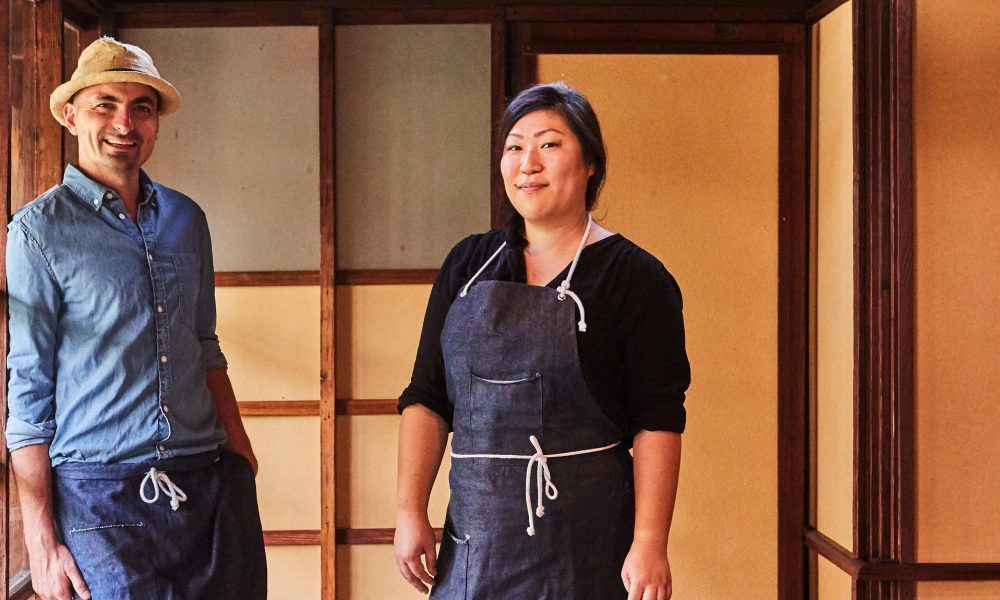 Foodshop is an underground supper club and communal dining experience started in 2010 in Venice, CA. The co-founders Itay and Hyejin met in Architecture grad school and quickly became friends through a shared interest in Architecture and design. But their real friendship was forged while traveling to different parts of the world and discovering their shared love for food and community. Read more>> 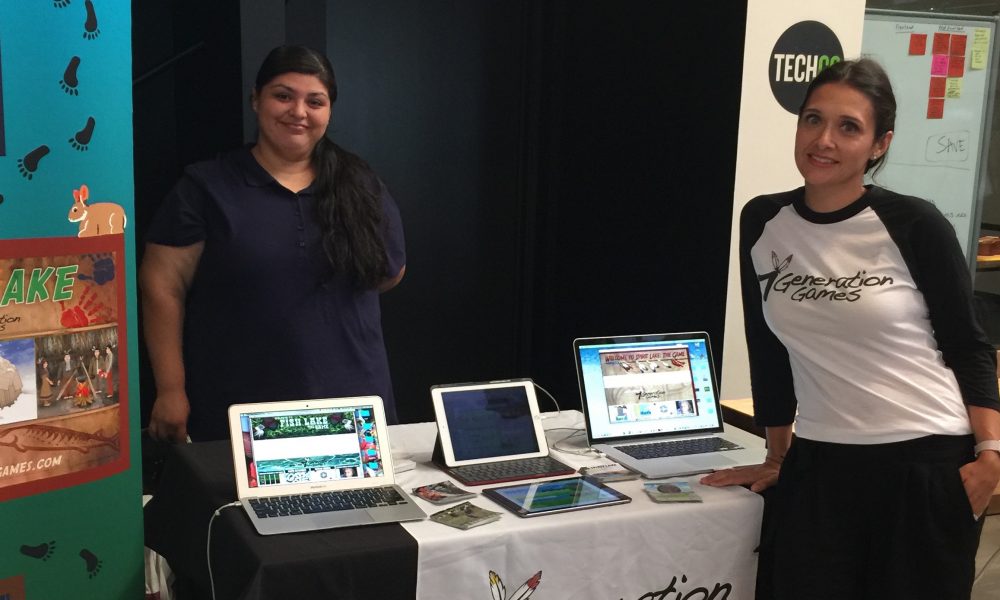 After a decade working in sports media – including writing a regular column for ESPN.com – I found myself looking for something different. 7 Generation Games ended up being that something different. My co-founder Ann Maria De Mars is a programmer and math educator who had wanted to create a game to teach math for nearly 20 years, but the technology hadn’t existed. Now it did. Read more>> 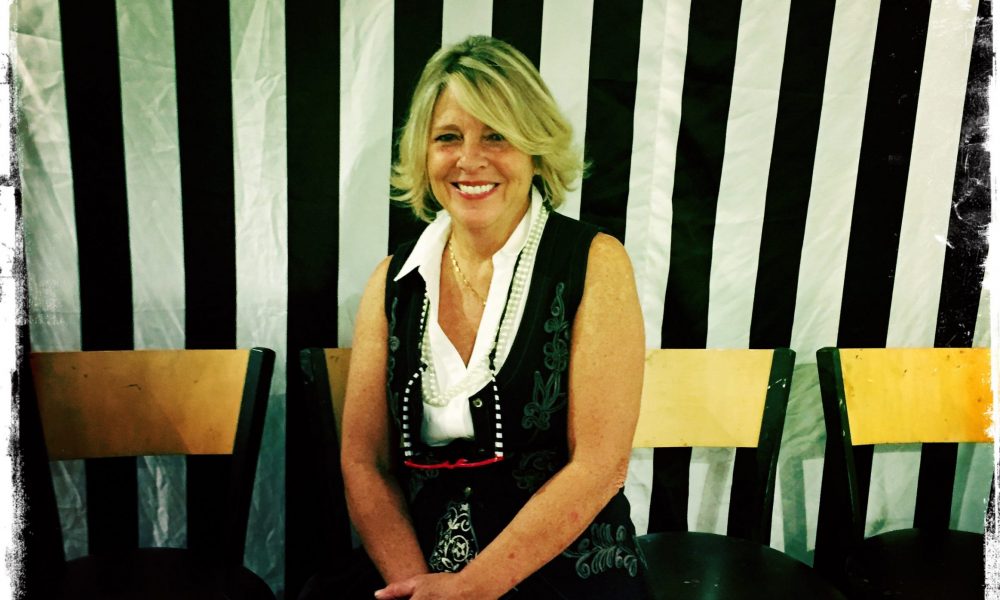 The struggle for most artists is whether to starve or not to starve, and I did not want to starve! I knew from the time I was 5 years old that I wanted to be an artist. In college, it was clear that I was going to need another way to earn a living besides fine art. Read more>> 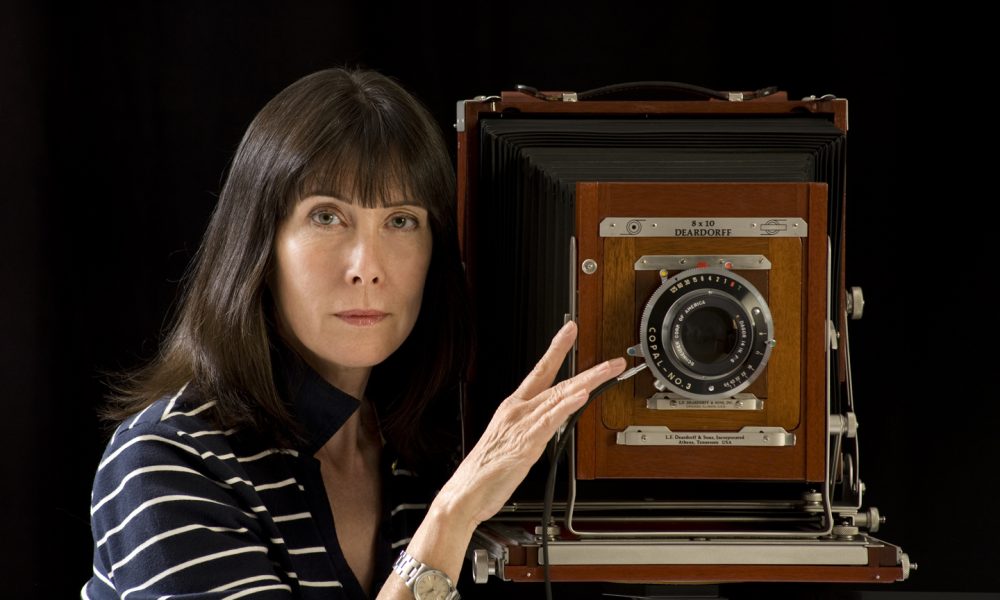 In Paris, France in the 1970’s I began my own film production company, Luc & Lisa, Inc., and produced a feature-length film called “Dream Center.” I then moved to Los Angeles and worked as an associate producer for Ed Pressman Productions on the film “Teen Angel.” Read more>> 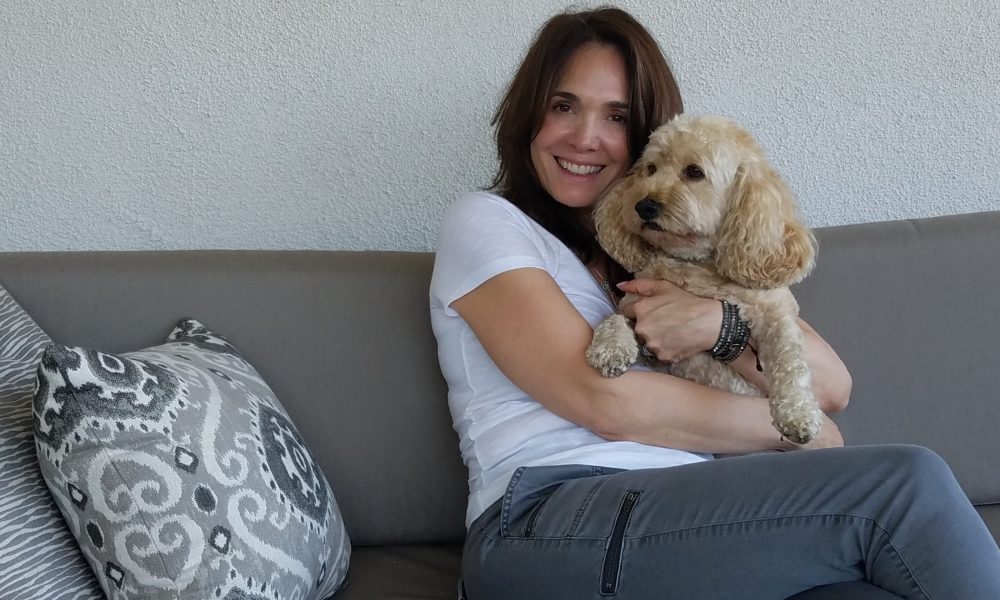 My dad is a very accomplished, award-winning Architect in Los Angeles, so the arts was something I was always interested in. Architecture was not something I wanted to pursue, but my graphic design is and was very influenced by his design philosophy, “Less is More”. Read more>> 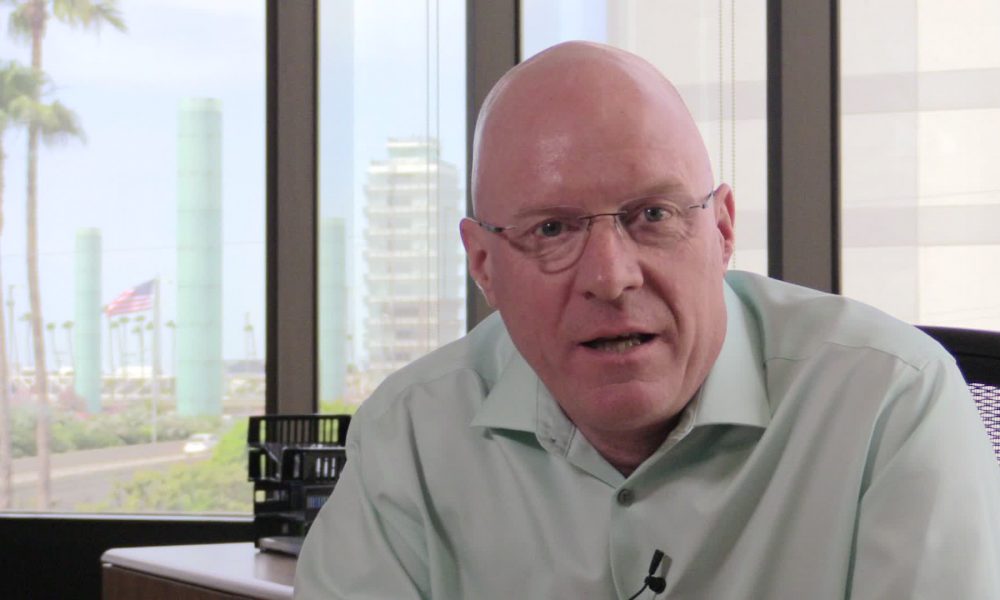 I have believed throughout my career that artificial intelligence can help people learn, by giving each person engaging learning experiences tailored to their individual needs. At USC I started developing “pedagogical agents”, computer characters that interact with users in a human-like way to promote learning. Read more>> 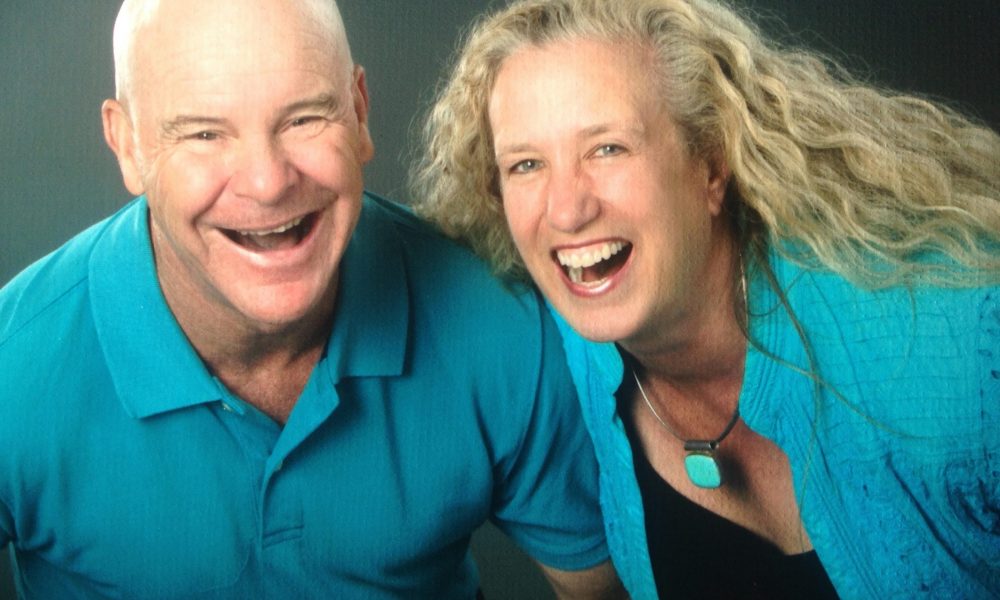 I have had the good fortune to have experienced several successful careers, from being a military and commercial pilot, to a several years stint in film and television–various positions–and then on to working as a senior executive for a multimedia development company serving a Fortune 100 clientele. Read more>> 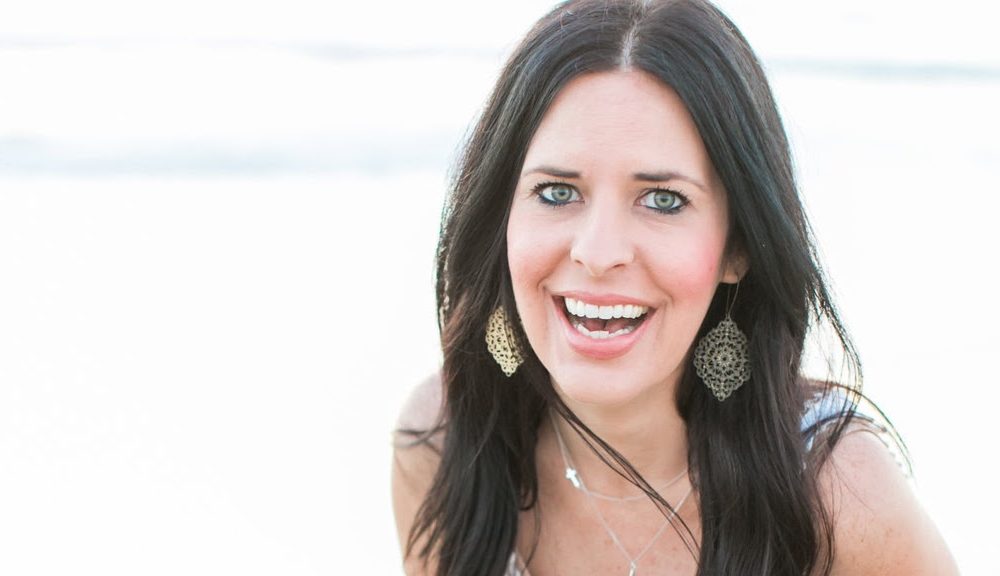 I started writing a blog about 8 years ago at the request of a friend who said: “Lindsay you have a lot of knowledge that people could benefit from you should start a blog.” I hadn’t thought of it before, I had that self-doubt thing going on. Read more>> 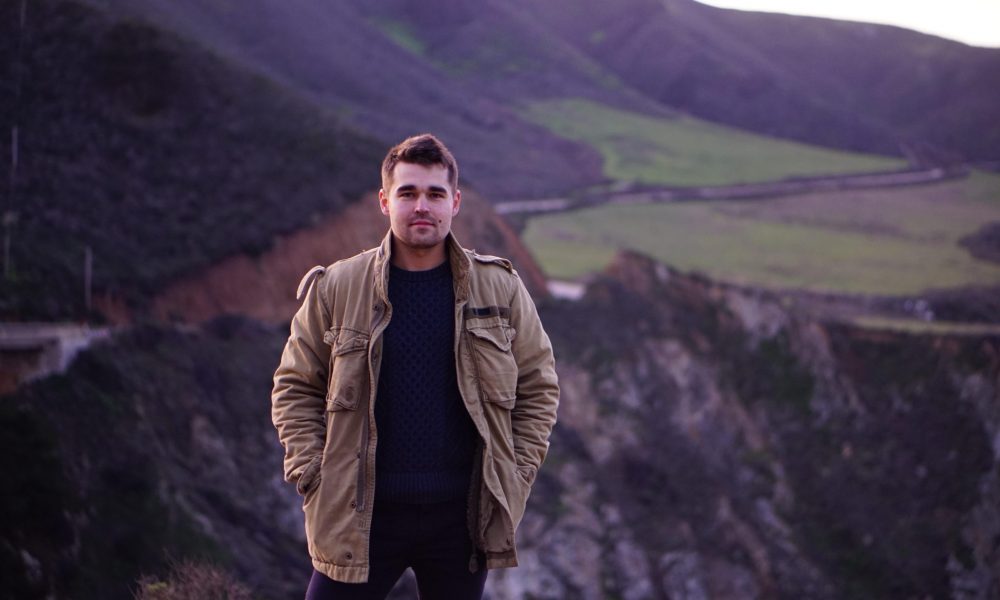 LionTechLA is a locally owned company in Los Angeles County that delivers a unique and valuable customer experience by combining top technologies with a high level of technical competency throughout all states. It was founded with a simple goal. Read more>> 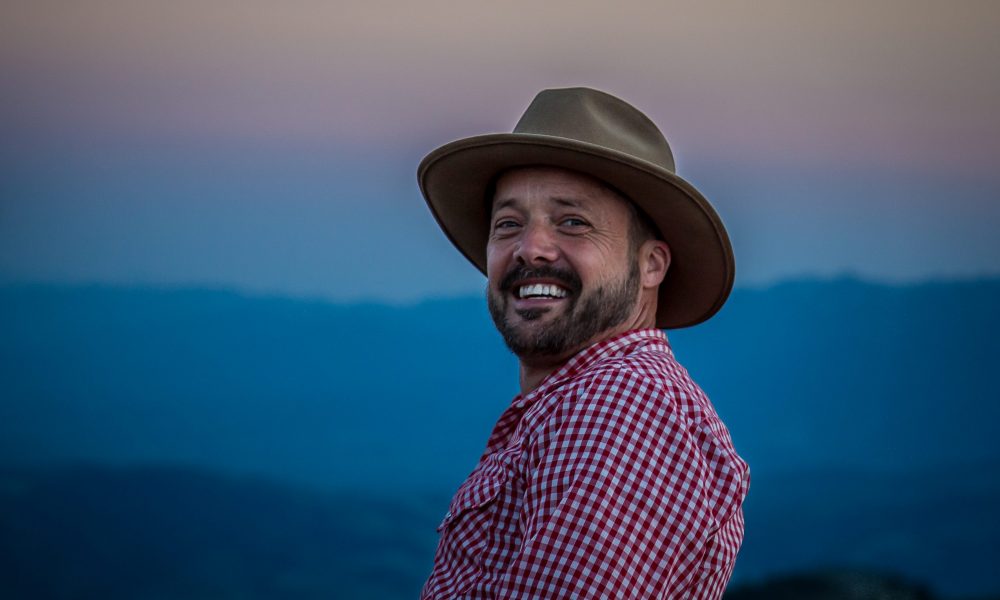 My story started in Minnesota, where I was born and raised. I attended Carleton College as an art history major, and it was through my studies that I learned to not only appreciate the talents, vision, and bravery of incredible artists, but that I should be confident in my own ideas and opinions about the works I was studying. Read more>> 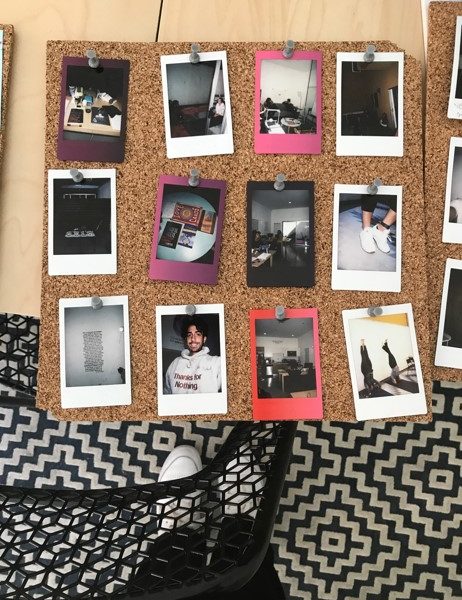 Definitely not a smooth road – and I likely have a lot more coming, but I’m ready for it. A lot of the struggles of the past were tied to my personal self-confidence and doubt. At 23 – almost 24 when I began, I knew myself well – I knew my strengths and weaknesses, but I wasn’t strong yet. Still building the muscles if you will. Read more>> 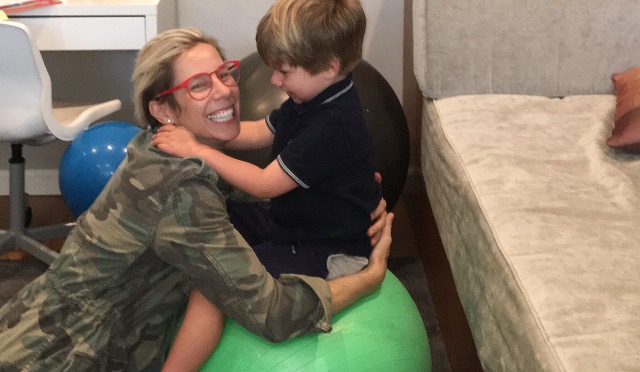 I knew from a young age, I wanted to work directly with people, but wasn’t sure how until my sophomore year in college, when I took my first speech and language class. As I listened to the professor present his lecture that first day, I knew I found my calling. Read more>> 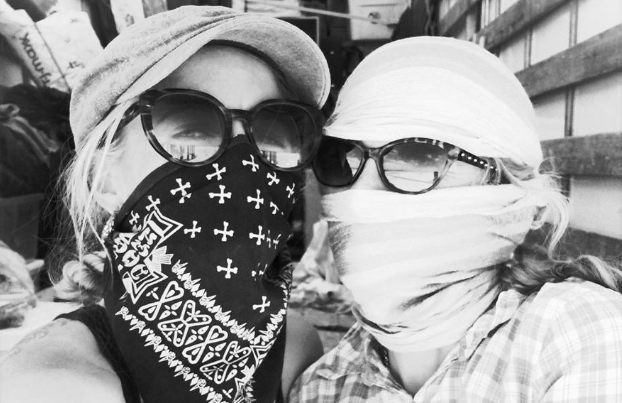 After many years of potent collaboration, Jill and Anne hatched the idea of a photo-series based on the Major Arcana of the Tarot. Their shared understanding of the archetypal power of the cards led them to collaborate with a Tarot expert and a cast of extraordinary women. Read more>> 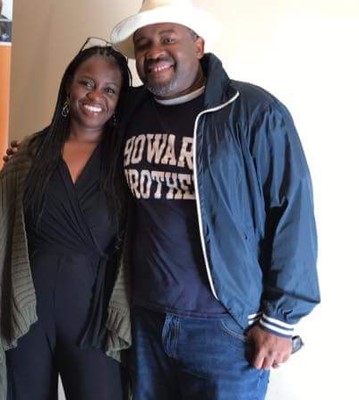 As Inglewood residents and parents ourselves, my husband and I established Urban Scholar Academy (Formerly Urban Scholar Athletes) in 2012 in direct response to the challenges we saw in our Inglewood community. We were surrounded by a low performing school district and we struggled to find academic resources (tutoring, after-school programs), for our sons and other children in their community. Read more>>