The Weekly Bite: The Albright in Santa Monica 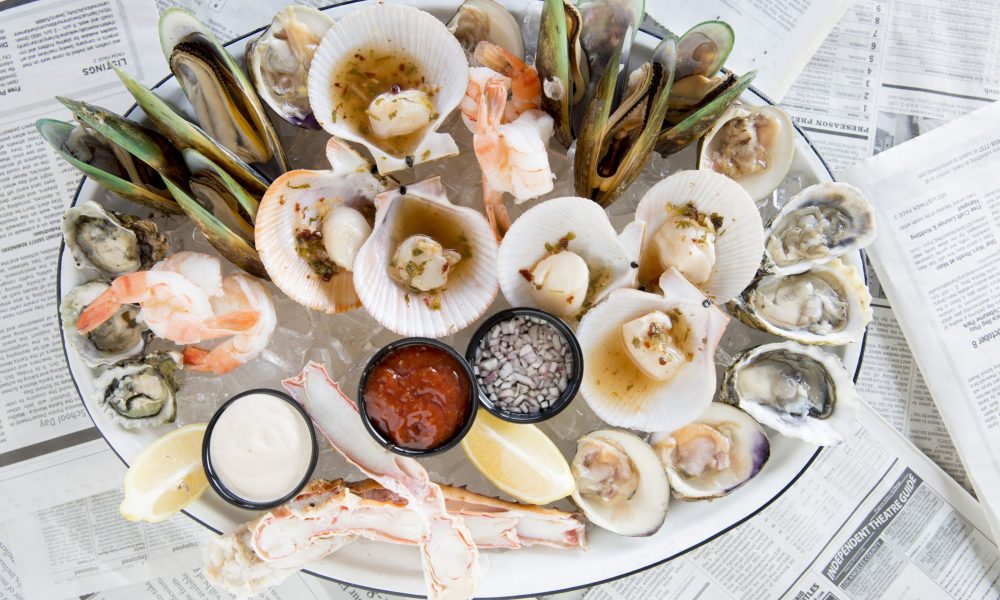 Today we’d like to introduce you to Santa Monica ’s The Albright .

So let’s start at the beginning – how’d you get into the restaurant business?
Yunnie and I grew up next door to each other in Santa Monica. Yunnie’s parents emigrated to the US from Korea in 1972 because of the political pressures and instability of the Korean war. Her parents opened SM Pier Seafood on the Santa Monica Pier in 1977 when the Pier was a very different place compared to what it is today. Never the less, their hard work and great food endured for 40 years and the restaurant is now a part Santa Monica’s biggest tourist attraction.

Yunnie spent her childhood at her family’s restaurant on the Pier, where she would hang out with all types of interesting and eclectic people. Despite her ties to the food industry, Yunnie did not jump right into the restaurant business, pursuing her love for fashion first by running her own stores at Fred Segal Couture. Along with my wife, I spent about 15 years in fashion, on the operations side.

In 2013, we took the helm of the restaurant and renamed it “The Albright”, a nautical knot which ties together two cords and symbolizes tying together two generations of our family business. We modernized the design with help from our friends in the fashion industry, while preserving the restaurant’s original character (the restaurant is featured in the opening credits of Three’s Company so we had great bones to work with). We created a menu with a commitment to sustainably caught seafood and locally sourced ingredients. We geared our operations towards green practices and are working to encourage other businesses on the Pier towards more sustainable procedures as well. Despite these changes, The Albright is honored to be the longest-running restaurant remaining on the Santa Monica Pier today, celebrating its 40th anniversary in 2017.

What have been the biggest challenges you’ve faced over the years?
Despite the change in our career path from the fashion industry to the restaurant industry, this journey has brought Yunnie and I full circle. We now live in my wife’s family house, next to the house I grew up in. My brother and his family live in my old family house next door and Yunnie and I have the privilege of working and living in the city in which we both grew up.

Taking over the family restaurant, that had remained the same since its inception in 1977, required a bit of work. Thankfully, we have a wonderful network of family and friends that helped us during our re-launch. The first year of operations was tough as we experimented with different chefs and managers, finally settling on today’s A-team, which has made all the difference.

Life always presents challenges, especially when you’re raising a family and running a business. Adjusting to life with kids is tough but my wife and I grew up as best friends; how I got through it all is simple: her.

What stands out about The Albright ?

One of our greatest defining features is that we the longest-running, family-owned and operated restaurant on the Santa Monica Pier. The relaxed seaside setting of our restaurant is a perfect complement to the savory seafood menu. Our commitment to green practices, sustainable seafood, locally-sourced ingredients, as well as an extensive craft beer and California wine program make us part of the California dream. The Albright also features a massive salt-water tank of live lobsters and crabs, one of the few places in LA where your seafood comes literally from the ocean.

As Santa Monica locals, we care deeply for our environment and community. We are the first and only green-certified restaurant on the Santa Monica Pier and recipients of the 2017 SQA Grand Prize Award and the 2016 SQA Award for Stewardship of the Natural Environment.

As legend has it, The Santa Monica Pier is the birthplace of the beloved American icon, Popeye the Sailor Man. Popeye was created in 1929 by cartoonist, Elzie C. Segar, and was inspired by a retired Navy sailor named Olaf Olsen who worked on the Pier. Leaning on our backgrounds in fashion, we licensed the sailor-man and are honored to pay homage to this American icon within our restaurant, where we feature life-size cut outs of Popeye, Olive Oyl and their baby, Swee’Pea. We are also opening a restaurant in San Pedro’s historic downtown waterfront in the famed Papadakis Taverna. The restaurant is named Pappy’s Seafood, which is a nod to both Popeye’s father, Pappy, and to San Pedro’s iconic Papdadakis family.

Our Lobster Roll was voted one of the “21 Fancy Lobster Rolls to try in LA” by Eater LA” 2017. It’s filled with fresh lobster and chives and served on a lightly buttered and toasted bun.
Spicy Seafood Soup

The Seafood Soup was originally the Korean Spicy Seafood Soup (mey-whoa-tong). Each bowl was made to order by Yunnie’s mother, Ms. Kim. The dish soon became a staple on the menu and was a favorite by people from all over the world. When Yunnie’s mother retired, we knew we could never make the soup the same as she did, so we created our own recipe. It is an homage to her famous Korean soup. It still embodies all of the rich seafood flavor and spiciness of her recipe, with an updated mixture of Latin flavors. After 4 years of serving the new Seafood Soup, it too has built up a loyal following.

Our hand-battered fish n’ chips are made with locally sourced beer, Icelandic cod and served with a side of crispy “old bay” fries, and homemade coleslaw. They were voted one of the best in LA by Eater LA (2017).

Our build-your-own taco plate comes with black beans, pico de gallo, fresh guacamole, seasonal veggies and warm flour tortillas. We love our veggies and vegetarians, after all, we’re in Santa Monica….
Dietary: vegetarianParking Advice:
The Metro Expo Line is an affordable and sustainable way to get to the Pier. If you’re driving, your best bet is the pay-per-hour parking lot on the Pier deck, directly behind the restaurant. There is also plenty of beach parking below the Pier deck. If these lots are full, we suggest parking in the 3rd Street Promenade parking garage on 2nd and Colorado.