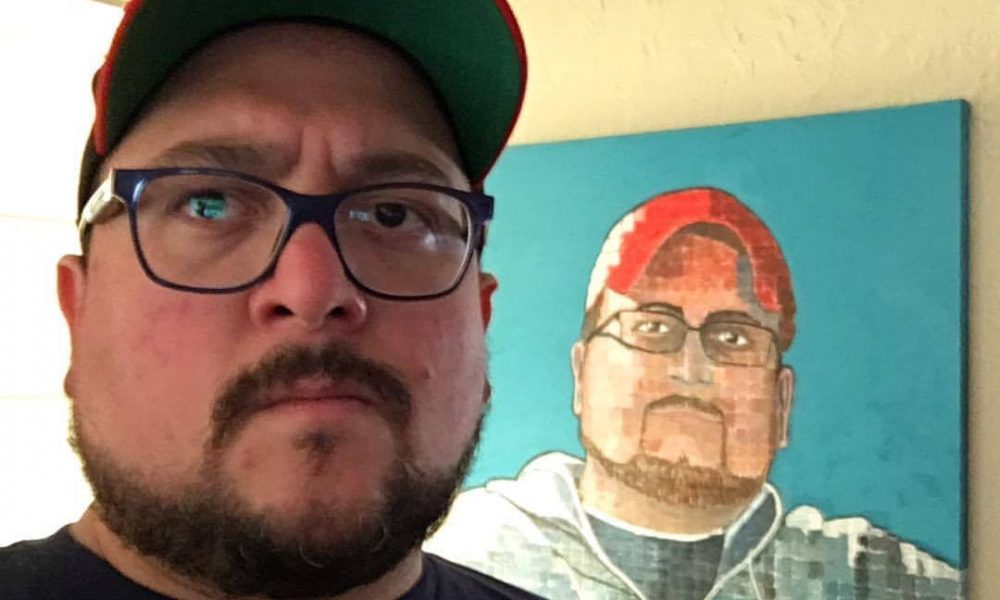 I worked in video games for a long time as an art director/ concept artist. Six years ago I self-published my first graphic novel, Buffalo Speedway, about pizza delivery drivers on the busiest pizza day ever. It is based on a screenplay I wrote that won the 2nd place in the Final Draft Big Break contest. After that, I worked at Disney Interactive as an Art Director while working on comics and graphic novels by night. I co-wrote and art directed the Guardians of the Galaxy mobile game. Read More>> 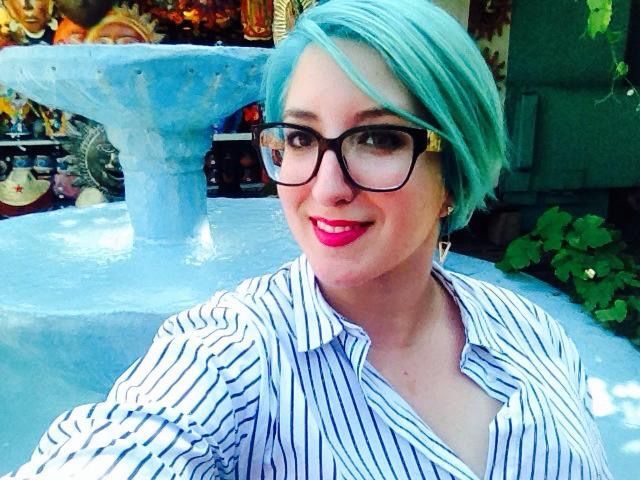 Creation in many forms has been as natural as breathing to me since the day I put crayon to paper and played in my mother’s closet styling outfits with accessories as a tiny tot. Read More>> 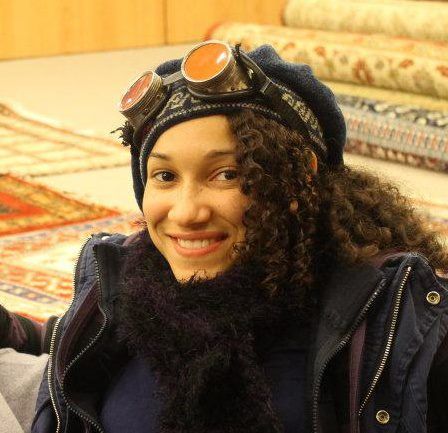 I’ve been drawing for as long as I can remember, and have wanted to be a cartoonist since I was a little kid. I started learning how to oil paint when I was 11 and sold my first painting a couple months after starting for $320. I continued painting for a couple years and moved on to charcoal portraiture, continuing all the way to studying Illustration and Painting as an Art major at Pepperdine University, focusing mainly on realism. Read More>> 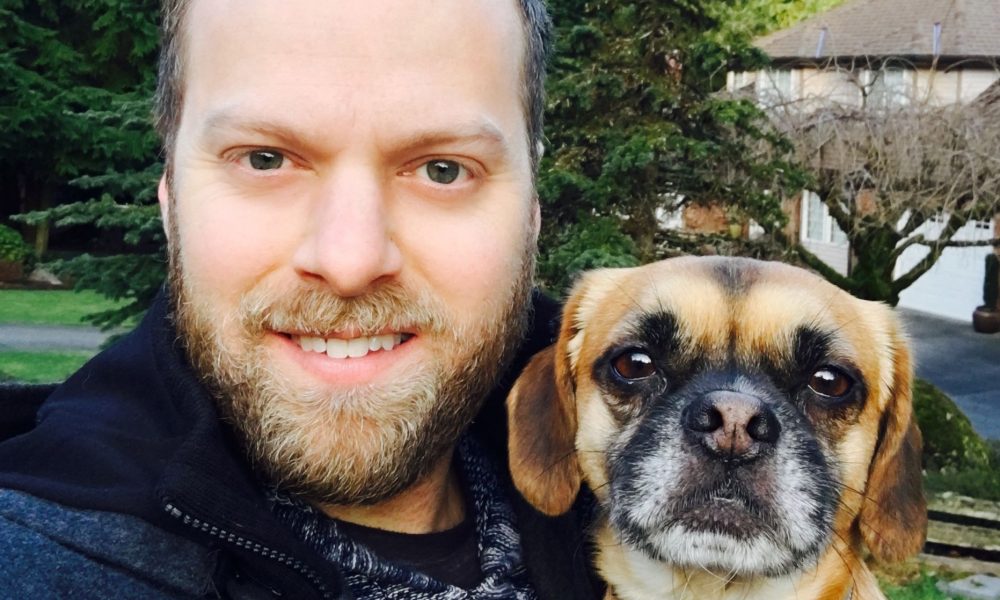 I started out in photography as a retoucher. I used to mess around with photoshop while editing my former band’s pictures. I somehow landed a job working as a retoucher for a large photography studio even though I didn’t really know what I was doing at the time, I guess they liked me enough though to train me. I didn’t even pick up a camera until a couple of years later but was really good at photoshop already so I figured I may as well learn photography too. Read More>>

I started in makeup right after I graduated high school and graduated from the Makeup Designory (MUD) in Burbank, I went from doing freelance beauty and special fx makeup on feature films, fashion shows and in print and complained that I would never get images of my makeup work from photographers- to having my mom hand me a camera and telling me to do my own photography of my makeup artistry. I still have a love for makeup just as much as photography, but photography has become my main focus. Read More>> 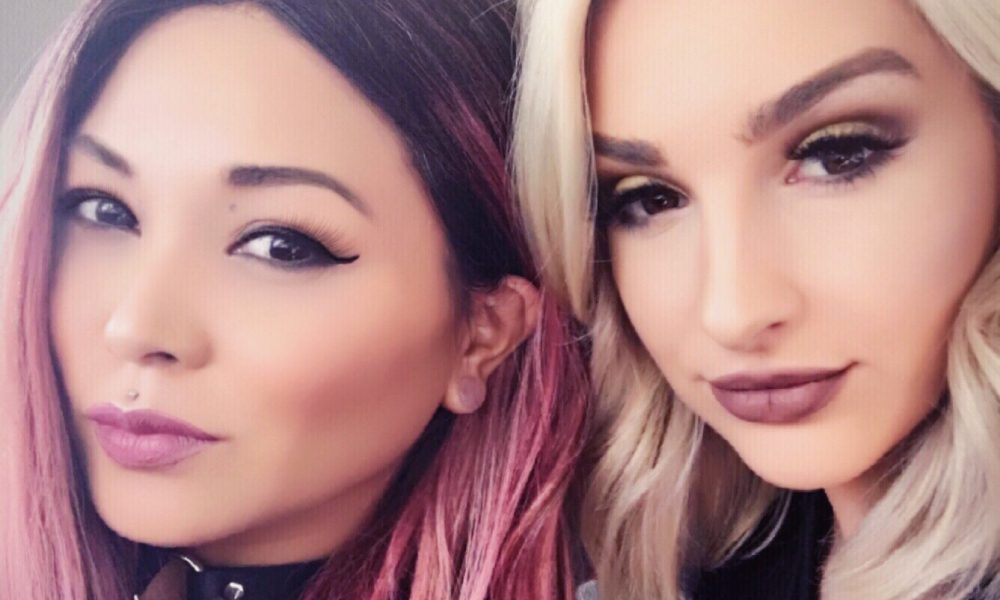 Gilian is a hair and makeup artist from San Jose, CA with education from Los Angeles, CA. Her training includes Pravana, Wella, Schwartzkopf and Redken, while specializing in balayage and blondes. She has a strong makeup background which includes NYX, Giorgio Armani, and MAC. She has worked on photoshoots and special events for both hair and makeup in both the Los Angeles and Bay area. Read More>> 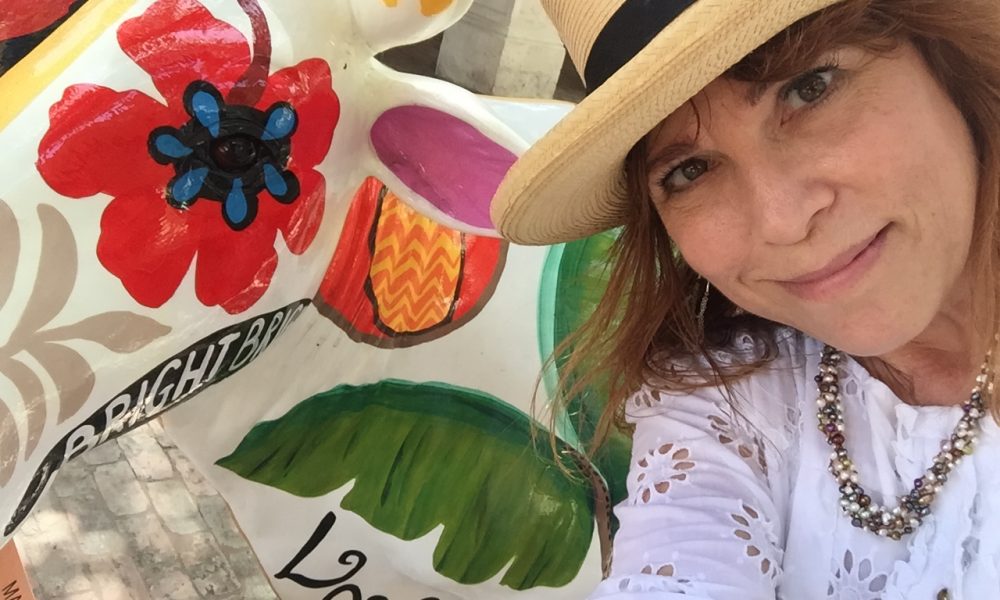 The daughter of professional fine artists, I started doing makeup in my high school theatre dept. While attending college in NYC, I progressed to styling and making up glam bands in the mid 70’s on NYC’s lower east side. Read More>> 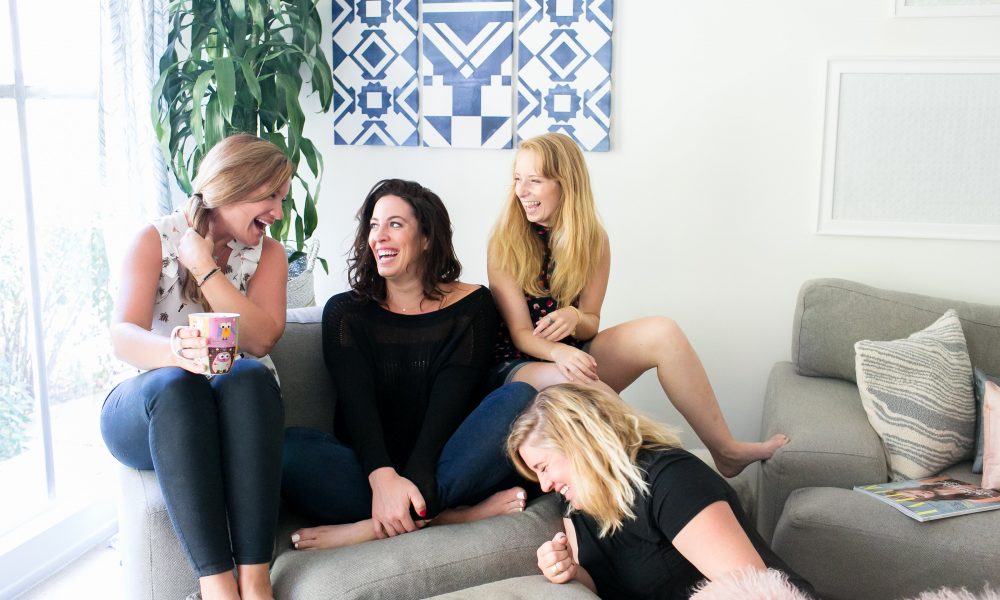 I struggled for years with skin issues and after countless visits to dermatologists and tons of money thrown into skincare products, I was left with minimal positive results. I realized I was just like millions of other women who had nowhere to turn. There were a lot of salespeople telling me, “This will REALLY work,” and selling me a lot of products that, in the end, did nothing to help my severe acne and eczema. What was it going to take? Read More>> 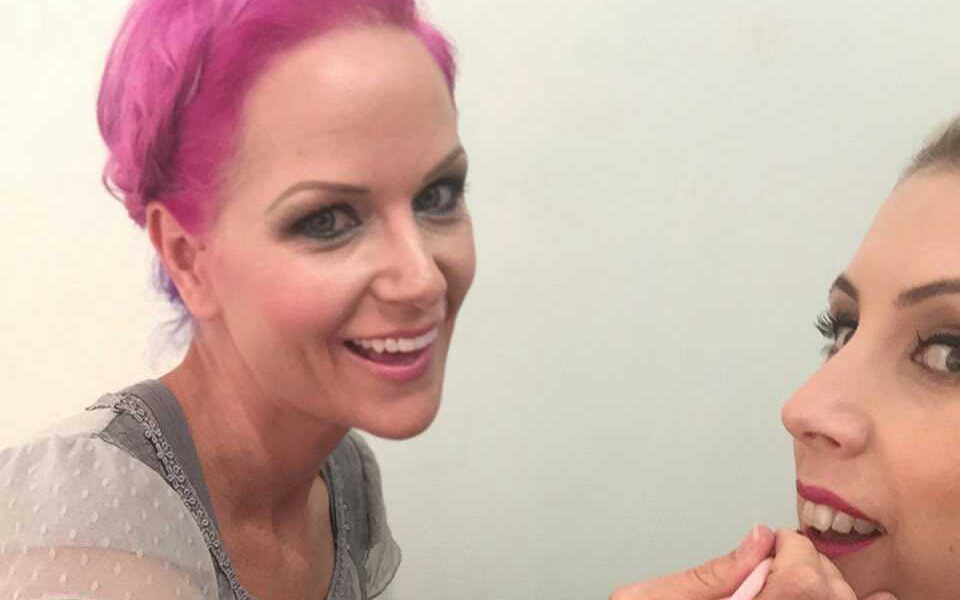 School wasn’t my thing. Early on I knew I needed to have a job that was creative. After receiving my cosmetology license, I started working in a salon in OC as a hairstylist. About a year in I realized hair wasn’t my thing, so I moved up to LA and trained with a top makeup artist where I learned all about eyebrow shaping and makeup. I eventually found my way to my own station at D. Miller Hair Lounge. Where I’ve been for the last 16 years. Read More>> 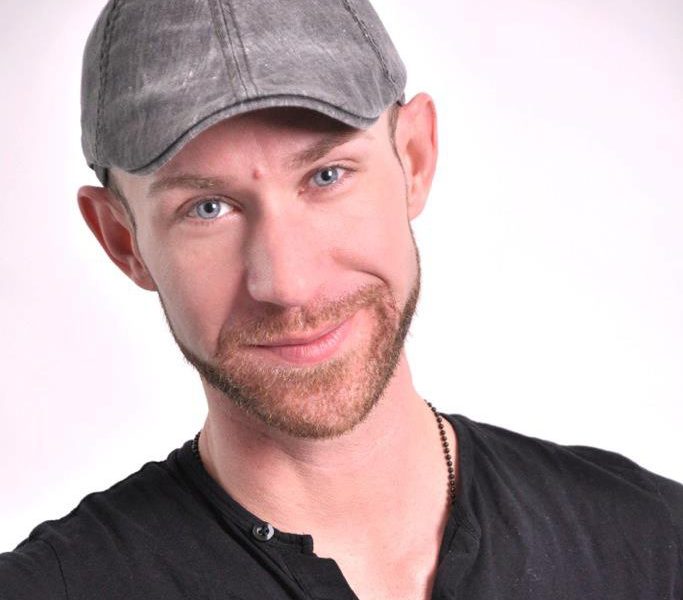 I started Hair and Makeup at very young age of 14. I have always loved Art and I have always felt that this industry embodies my passion for Art. I went to Cosmetology school and I have been licensed for Hair and Makeup for over 15 years. I started my Journey in Arkansas- where I was born and raised and I wouldn’t change that for anything. I worked in a few different high-profile salons till I found my groove. I worked tons of fashion shows and with local television and radio. My T.V. work and Portfolio got me recognized by an International Haircare Company. Read More>> 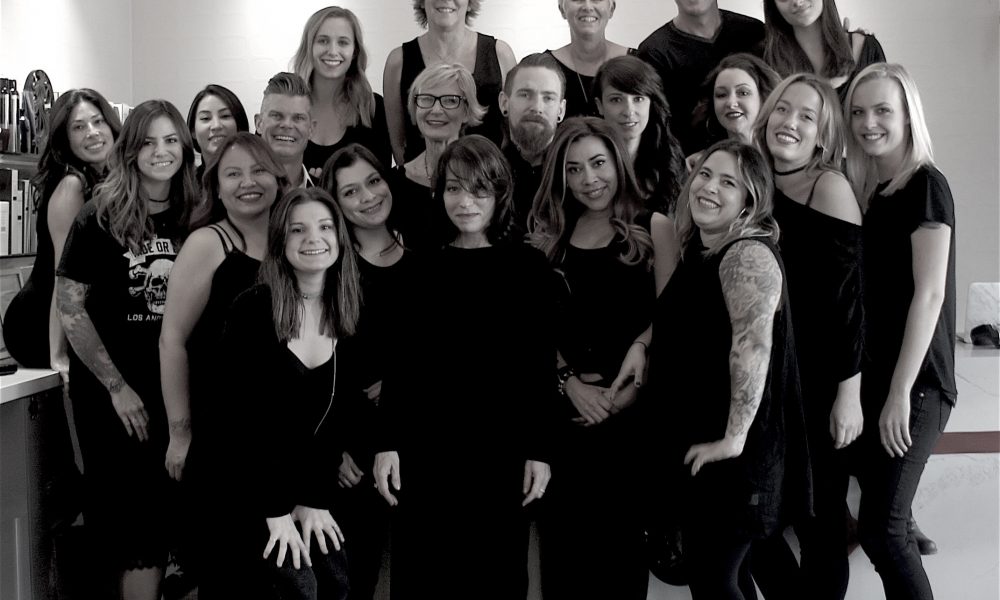 Suburbia Salon & Spa has been a part of Studio City for almost two decades. Over time the salon has perfected many trends and techniques to give our customers their most desired looks. We have many talented stylists that specialize in color, haircuts, extensions, and so much more! Read More>> 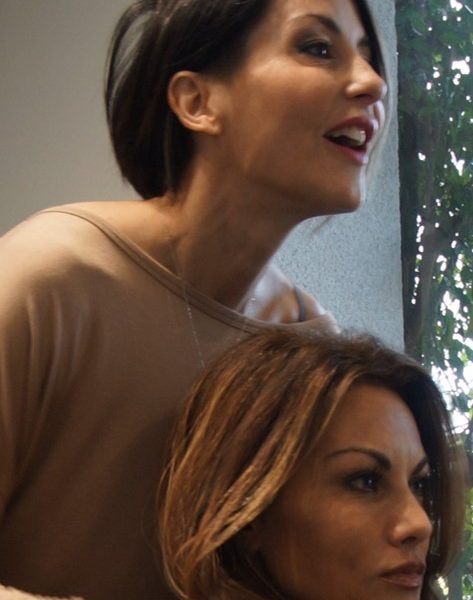 When I was a much younger woman, the question was…what career path would mix my practical and creative sides. I have always been practical minded. The need for organization, good sound business sense and “press on” attitude is in my blood. However, I have always had such a great love for all the beauty in this world. I love any type of live performance in a theater. I also enjoy people and collaboration. Read More>> 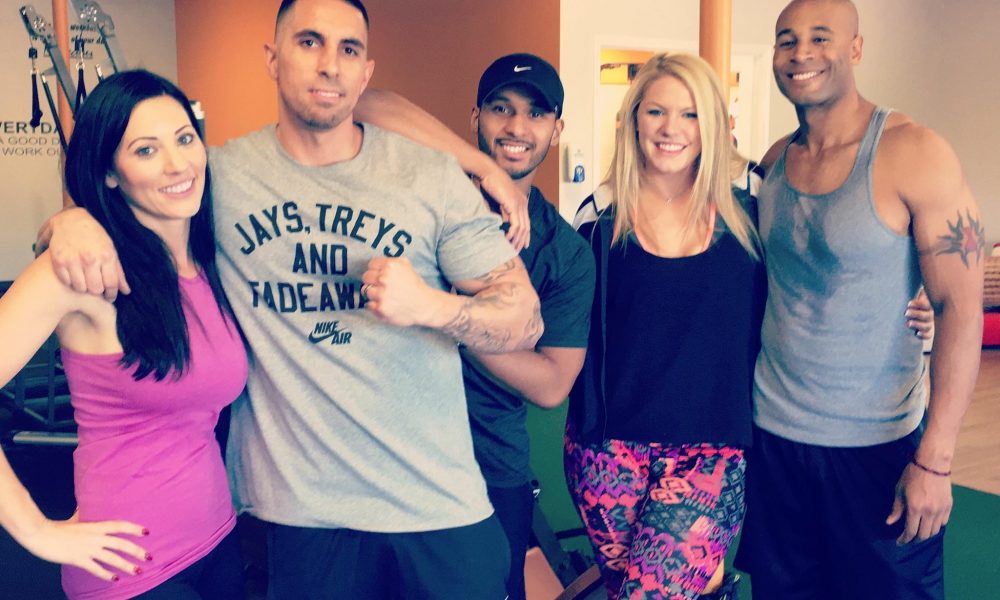 My husband and I sort of fell into fitness as part-time gigs to supplement our income while we pursued other things. We thought it would be a fun thing to do and it ended up becoming a huge passion and something we were both very good at. We excelled very quickly to having full schedules as private trainers. Read More>> 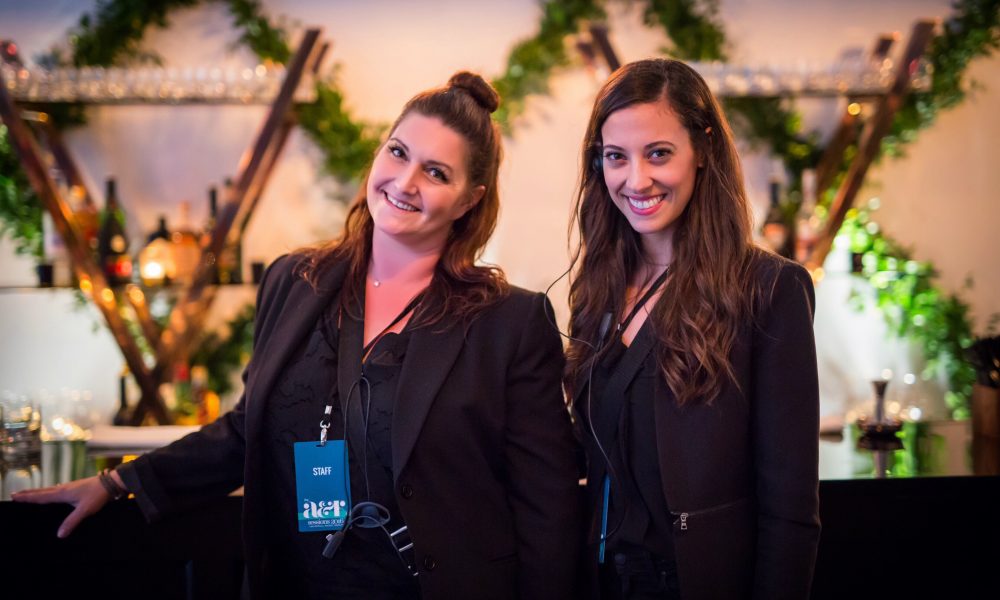 It all began with a true appetite for the art of cuisine, where Liberty embarked on a culinary journey that landed her at Le Cordon Bleu in London. Following her graduation, she headed to Paris where she trained at the well-known, Hotel Luticia, working closely with the chefs both in the savory and pastry kitchens. Read More>> 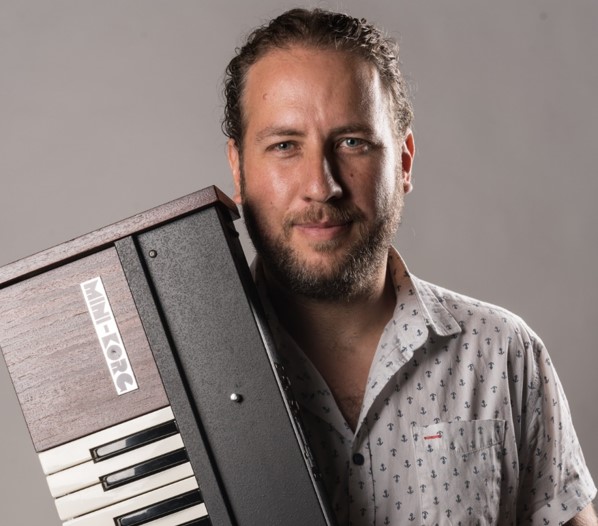 I have been working on gear for a long time. Long before I came to the states from Australia. When I first started CV Keyboards, I was working from my dining room table. When I finally got my first shop it was small and hot but it worked for us. I have gone through a few locations and our spot now has 2 different units and is jammed packed with gear. Read More>> 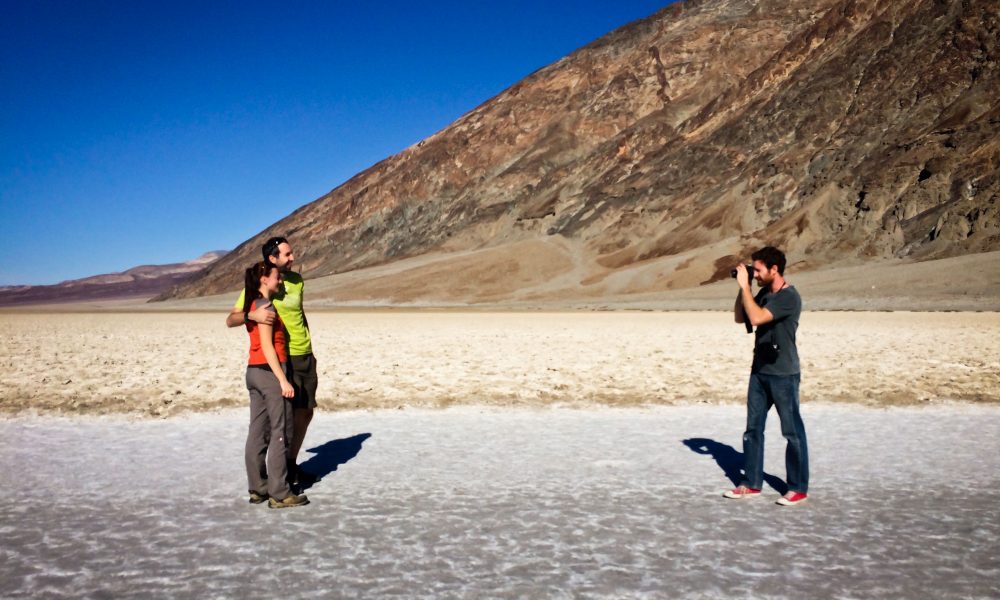 I moved to LA from Texas for acting, then eventually bought a DSLR camera to start making my own shorts and writing my own material. I then decided to also experiment taking Headshots for actors. I did a lot of research online regarding lighting and equipment and also drew from my experience in front of the camera, having worked with many talented photographers and cinematographers. Read More>> 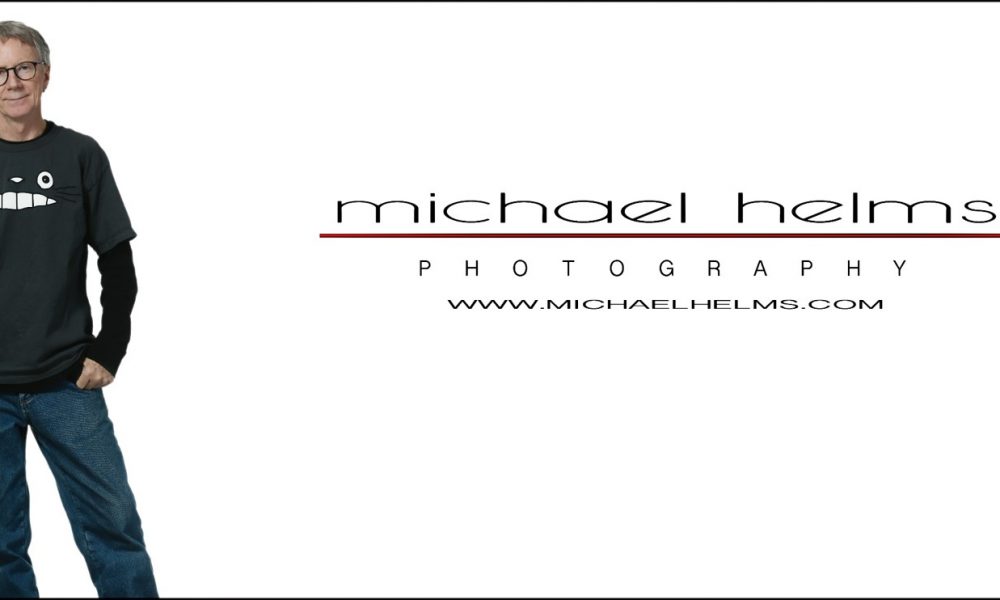 I fell in love with photography when I was 15 years old and have been shooting ever since. I moved to LA in the early 80’s and was working in different professional photo labs around the city and shooting a bit on the side. I got interested in shooting fashion and put together a portfolio of my work. I shopped it around to the Agencies in town and got enough interest that it started off my career. Read More>>

I grew up in a loving family just outside Portland, Oregon. I learned a lot from my adventurous parents who took me to live in Israel for my 8th-grade year. I learned a lot from that experience, especially how different the gymnastics training was. Overall I did pretty well in gymnastics, trained till elite absorbing as much as I could from my intense Russian Olympic-gold-medalist coaches. Read More>> 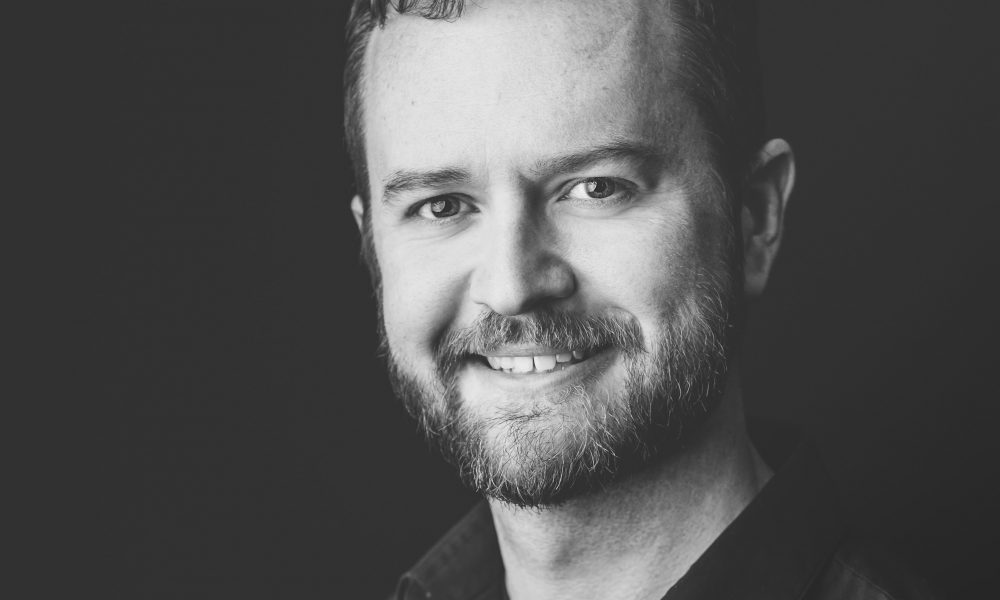 I was always going to be a creative. I started out as an oil painter and a writer in Michigan. I sold some paintings and published some poetry. I also worked as a bartender, a restaurant manager and became a certified sommelier. There were only five of us in the state at the time. I got into wine sales and started writing screenplays. I met an agent online and moved to Los Angeles on her advice. Read More>> 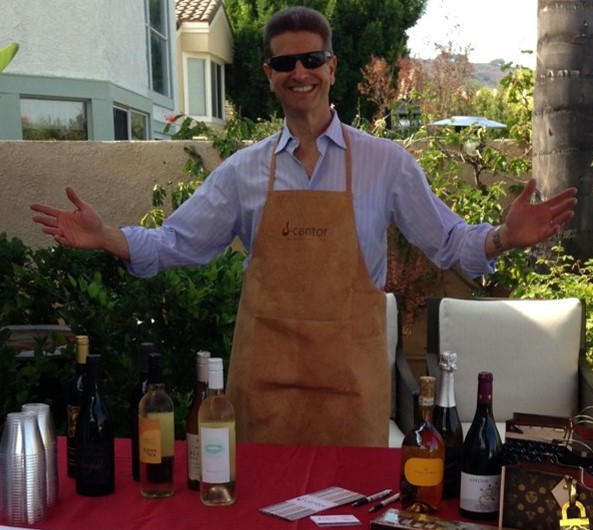 After college, I pursued my studies professionally as a Cantor-Minister in the Jewish faith, and after 5 years of training, testing and examinations received my Cantors Commission from the Cantors Assembly (the largest professional body of Cantors in the world.) I worked in the pulpit for close to 25 years, teaching, officiating at religious services and lifecycle events. Read More>> 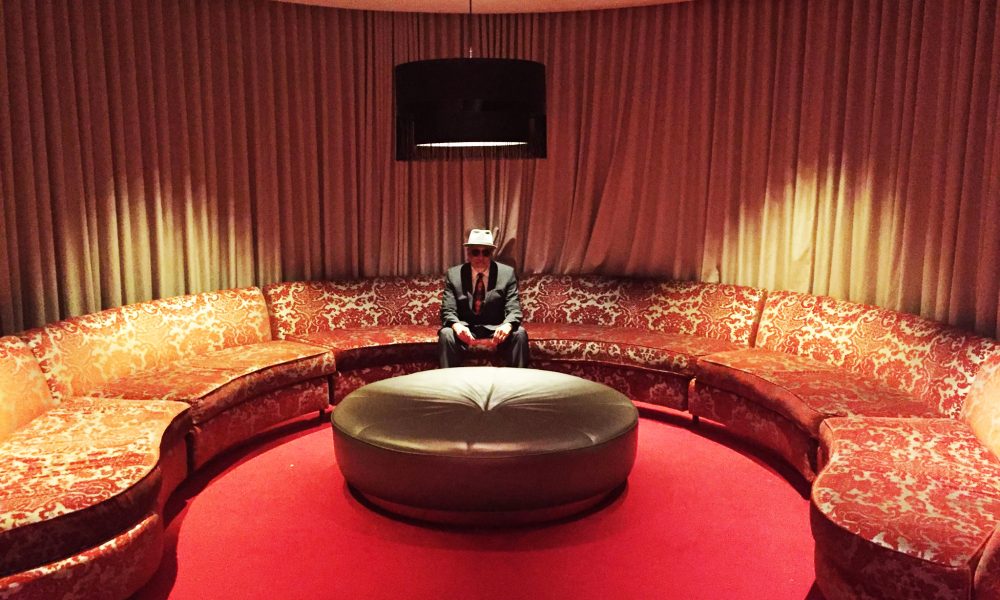 after moving from Philadelphia in 1980 my brother frank and myself (tony) formed the martini kings in 1982 as a deep appreciation for cool jazz. Philly had been rich in jazz and we saw a lot of the greats growing up. I got sidetracked in the early 80’s as a touring and session musician working with everyone from bob Dylan, Neil young, Roger Daltrey, Marianne faithful and many more but every time I returned home the martini kings booked a date. Read More>> 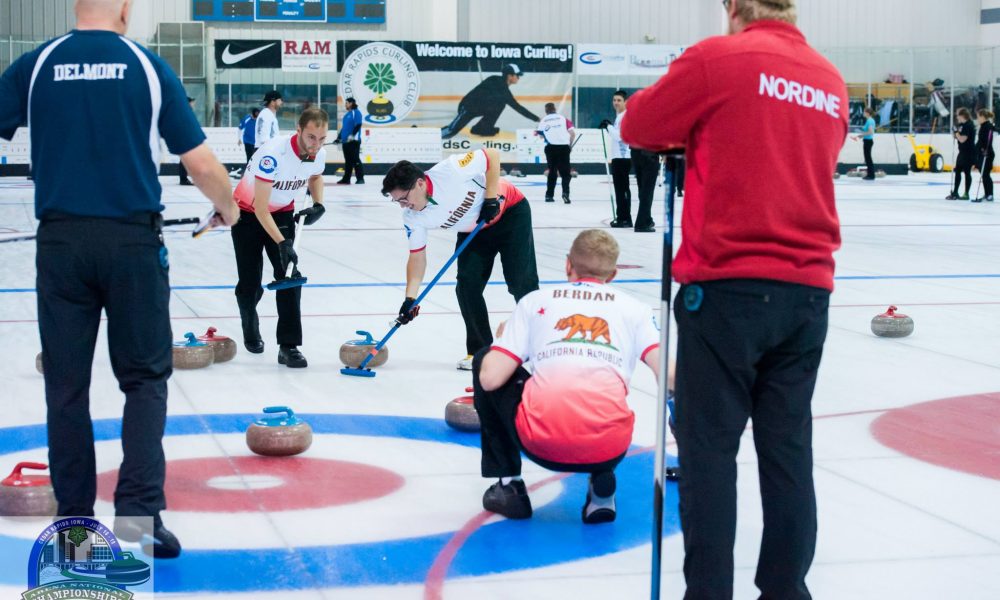 Hollywood Curling was started at the end of 2007 to bring the sport of curling to Los Angeles. It was incorporated as a non-profit and is run by a board of volunteer directors. The organization started with a couple dozen curlers running a league on Sunday nights in Panorama City. Through two Olympic cycles and expansion to a second ice rink, we have built the membership to close to 100 and host an annual tournament every summer. Read More>> 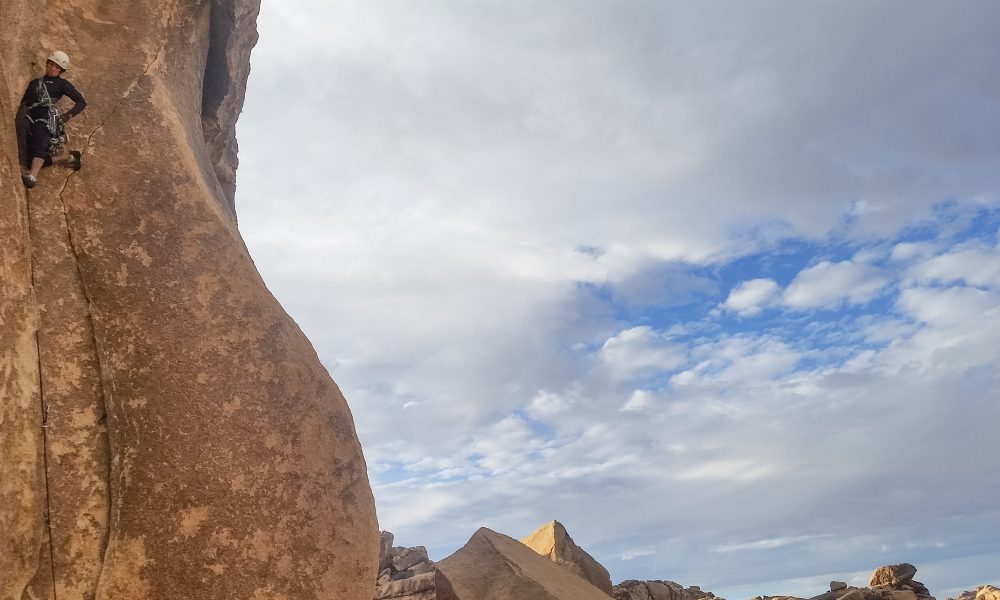 Growing up in Puerto Rico, it is in our nature to love the outdoors. I grew up being a swimming team member and competitor, training daily and eventually became a swimming instructor. Back in those days, I wasn’t aware that rock climbing existed, so swimming was my everyday’s favorite hobby. Read More>> 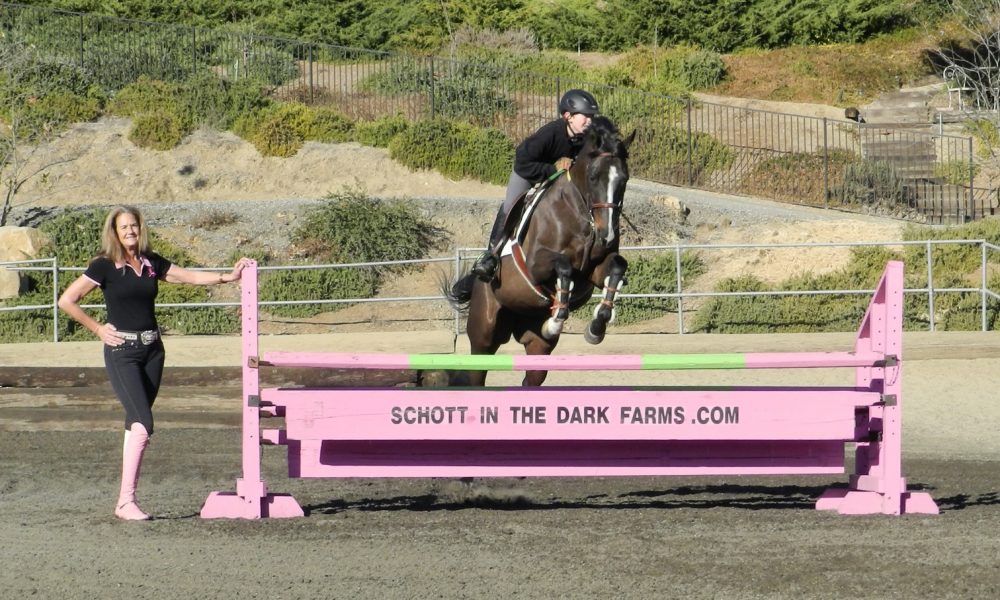 Diane started riding in 1969. Walking 2 miles a day to the house in Hidden Hills where a school friend had horses she rarely rode. Her parents realized she was serious about horses. For her Birthday she got her First pony and lessons with Cory Walker. Still keeping her pony in Hidden Hills and walking daily rain or shine. Read More>> 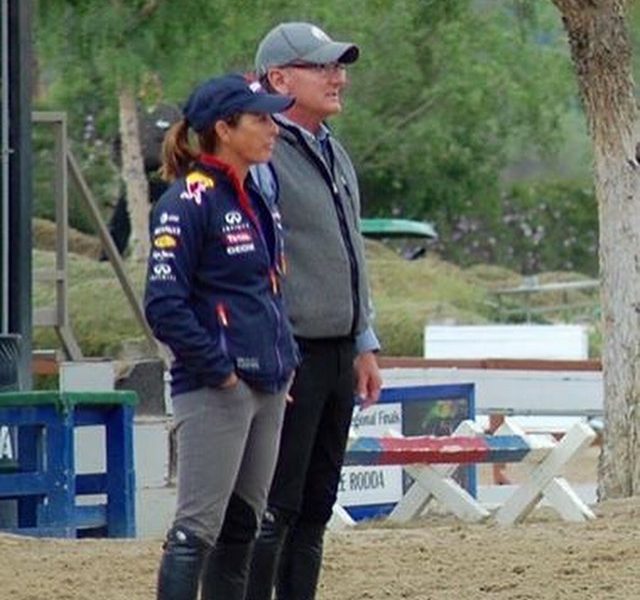 I started my riding career at the age of 13 in the Midwest. I became best friends with Chris Land, another rider at the stables, we rode together for a couple of years. I moved to the East coast to become a professional equestrian and lost touch with my friend who stayed in the Midwest and became a professional as well. Our paths never crossed again for over 30 years. I stopped riding to pursue other work but was never truly happy. Read More>> 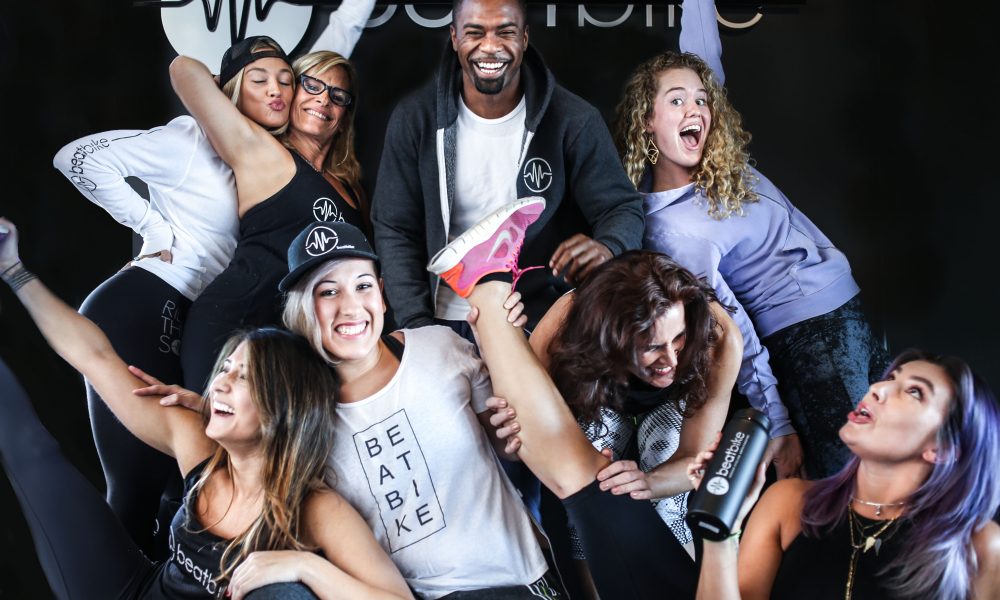 Upon receiving my undergrad degree from Washington State University in 2011, I began working at a venture capital firm in Settle, Madrona Venture Group. I spent 2 years soaking up all the knowledge that floats around in a high-powered firm like Madrona and not long after decided that I might actually be able to pull off starting a new business myself. I am an avid fan of exercise and wanted to use my skills in that area! Read More>> 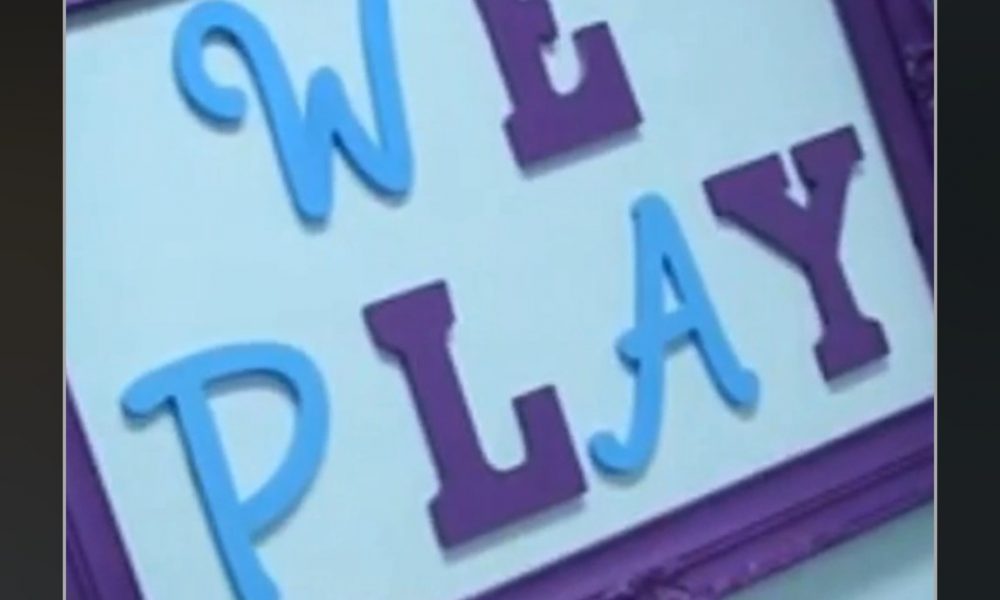 Family owned business, specializing in kids Birthday. Open daily for open play, events and much more. We Play is the place where the fun begins Read More>>