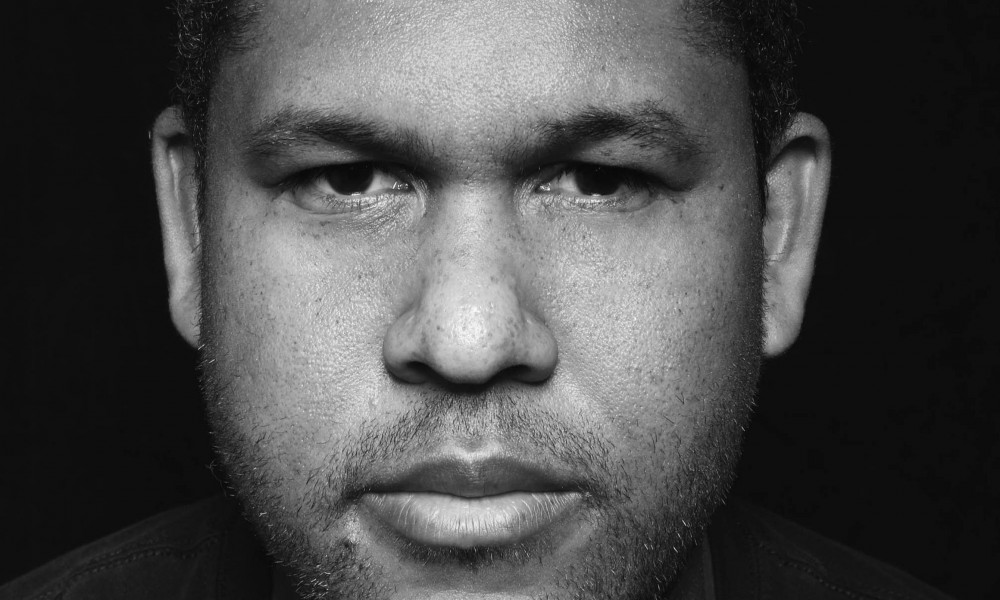 I started my professional photography in college at Stanford. I then got an internship with the Associated Press which launched my photojournalism career. I was a freelancer for several years before coming to a national entertainment photographer with AP. In 2012, I became a founding member of photo agency called Invision where I began to expand my business and shift my career towards my current direction. I am currently a freelance celebrity portrait and documentary photographer. Read More>> 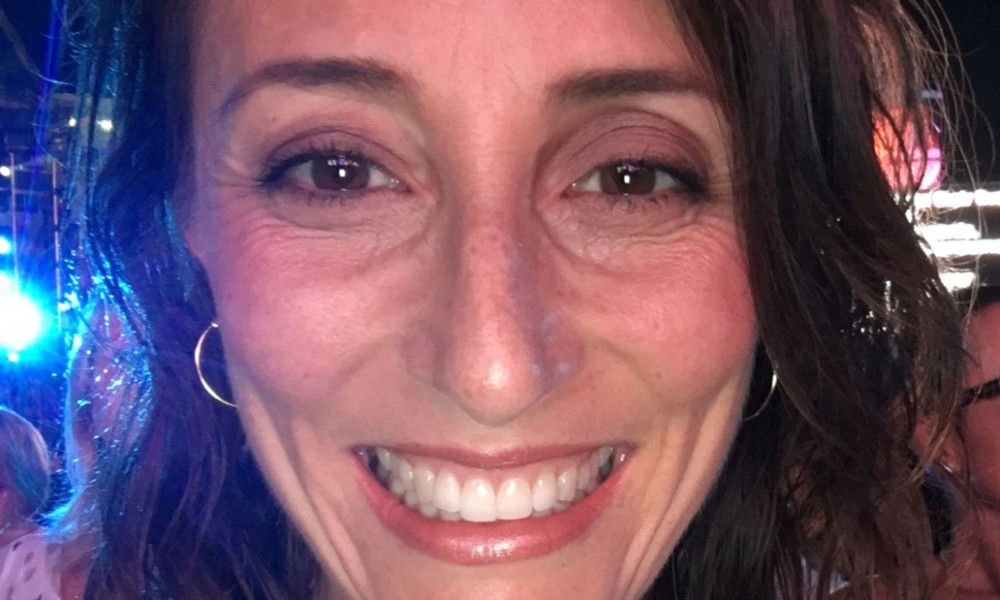 My father passed his love of photography down to me and it really blossomed in high school! We were able to choose elective art courses and I signed up for photography and that was where I really fell in love. I’d spend hours in the darkroom watching the images come to life before my eyes and everything felt so magical! There was something about having a camera in my hand and paying attention to my surroundings, the colors, shadows, and lines that brought me a sense of peace and stillness. Read More>> 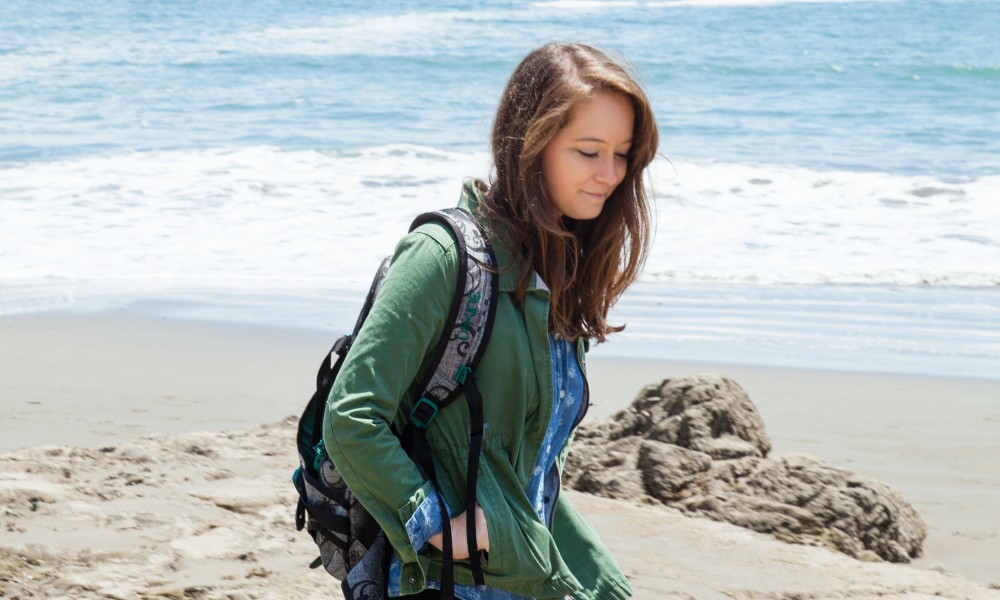 I started with photography during my first trip to Europe followed by my first breakup. My mom had bought me my first camera, a really crappy point, and shoot, for the trip to London. At 15, I came back to Dallas, Georgia completely enthralled with photography and newly single. After getting fed up with seeing me mope around the house over a boy I’d only been for a few months, my Mom, who had always loved to snap photos of me and my twin brother, suggested we get out of the house and explore this new found love. Read More>> 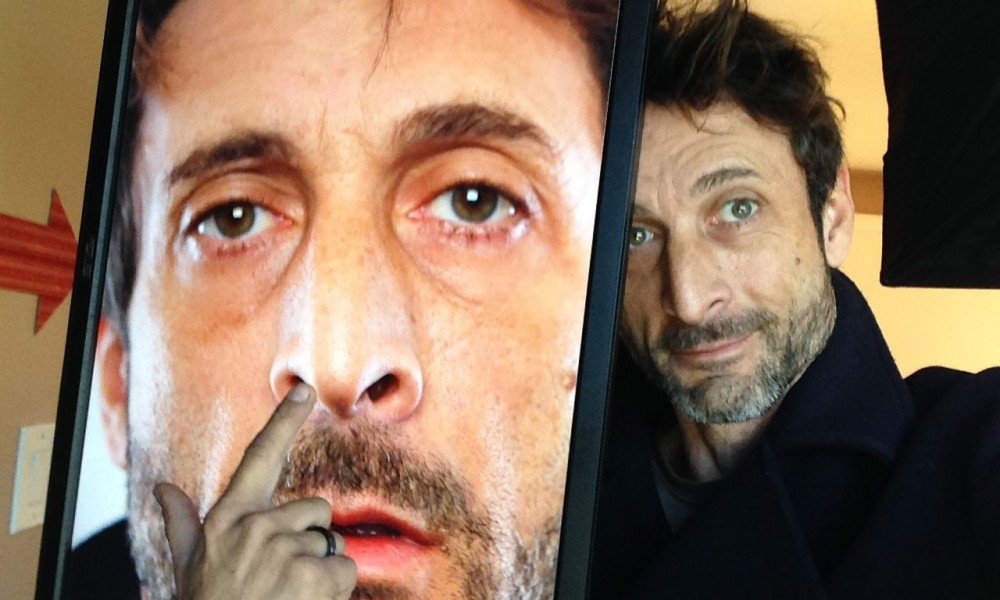 I graduated from Emerson College in Boston with a degree in Mass Communication Film then moved to Hollywood to pursue directing music videos. I assisted for Photographers such as Matthew Roloston, Herb Ritts, David LaChapelle, Ellen Von Unwerth. All the big names in fashion photography. I was getting them coffee LOL Read More>> 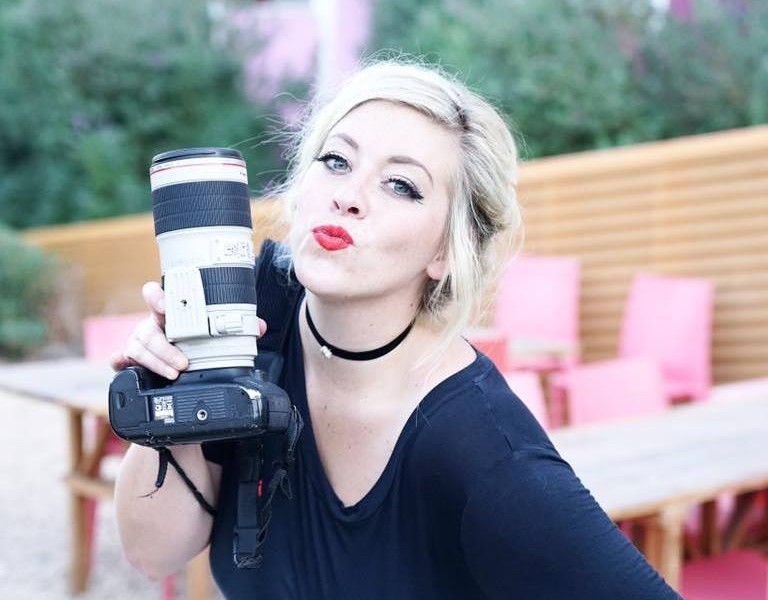 Hope Kauffman is a US-born photographer, content creator, product stylist, and fine artist. She grew up outside of Philadelphia and graduated from Emerson college in Boston, MA, in 2012 earning a degree in marketing and communications. She shot her first published editorial at age 14. Read More>>

I was born and raised in France. As a child, I was constantly creating art through paintings and drawings. Often times I would find myself daydreaming about shapes, colors, and far away places. One day I picked up a camera and essentially fell in love. My friends and family joke that I can always be found behind the lens of a camera. I grew to love photography. I was able to convey my vision by the aid of a camera. I felt empowered. Read More>> 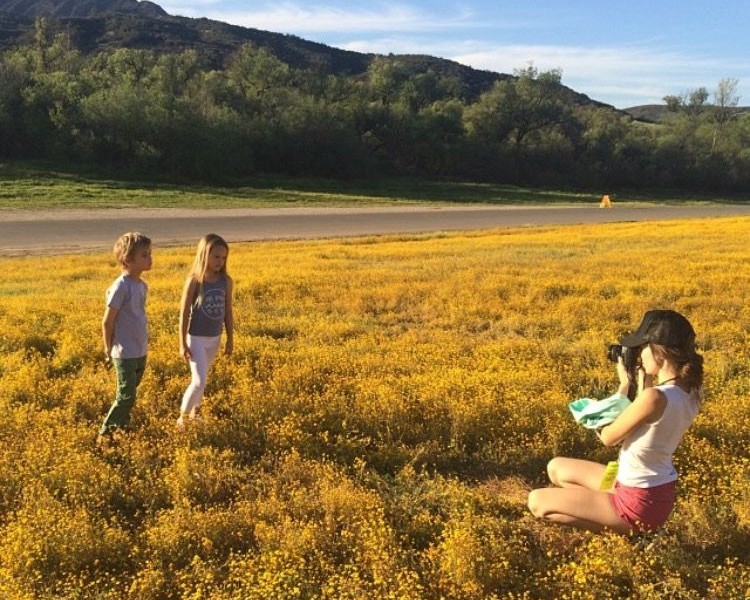 My mom is a documentarian and while I was in high school she made a doc about Pulitzer prize winning photographer, Eddie Adams. I was drawn to the intimacy of his portraits and would study his images of the Vietnam war every day in the editing room. His work moved me and I discovered the power of an image. I had the same desire to move people with my work so I decided then I wanted to be a photographer. I ended up going to Art Center College of Design and haven’t put the camera down since. Read More>> 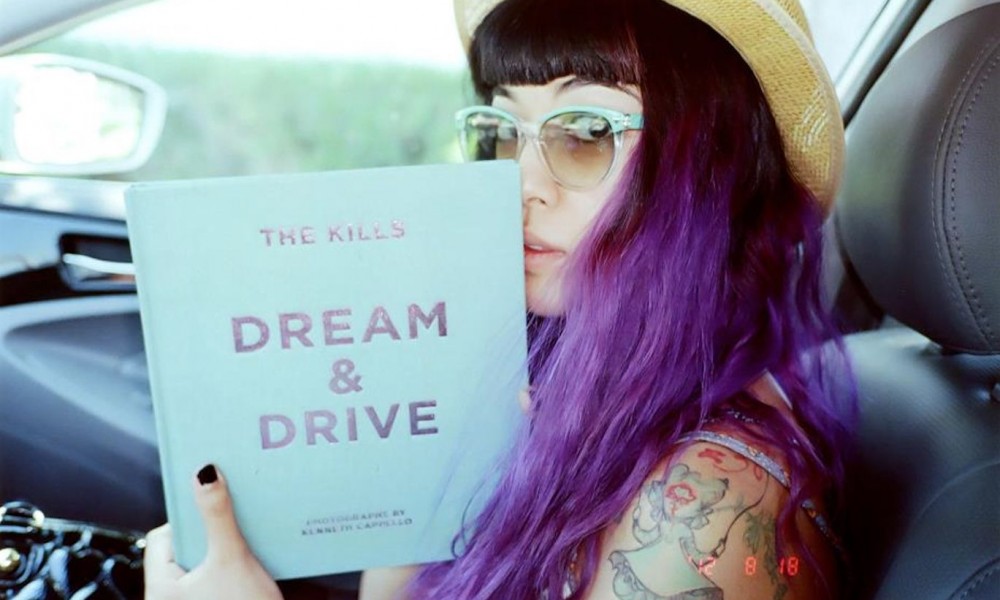 I was studying illustration at Art Center College of Design (Pasadena, CA) and grew incredibly lonesome and isolated from the world from working in the studio all day. I had to shoot my own work to paint most of my pieces. The more I was behind the camera and having deep conversations with my models, the more I felt this is what I wanted to do. I put down the paint brushes and picked up a Canon. I figured that makeup and painting portraits were in the same ballpark which led me to do makeup for my own shoots. It’s been a fun journey discovering how things go hand in hand and lead to you endless possibilities. The best part of my job is getting to meet awesome creative people that want to make cool work with you. Read More>> 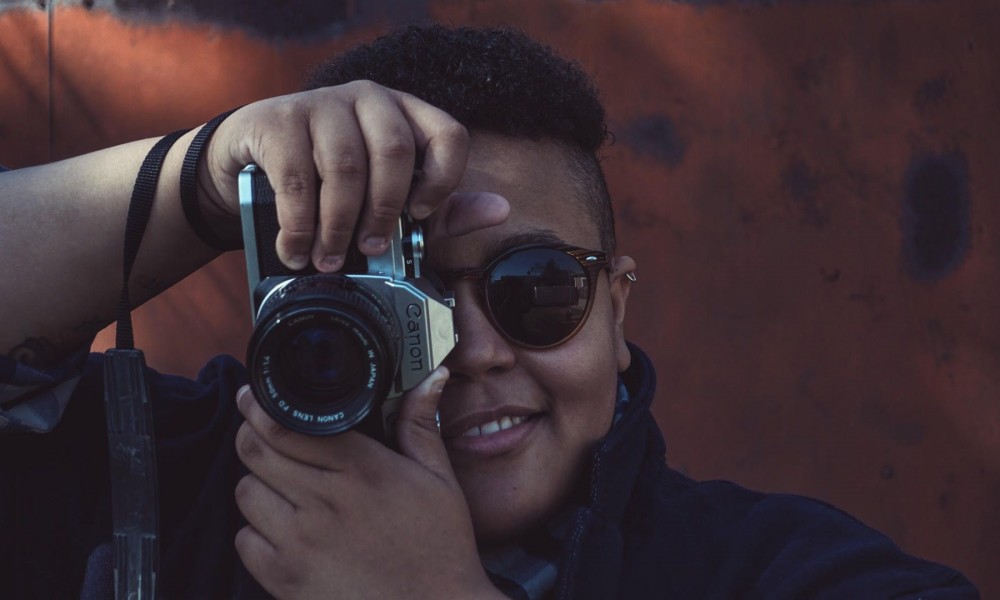 One could almost say I was born with a camera. My father had a Canon FTb with a wide array of lenses to take family pictures for as long as I can remember. I always showed interest in it and eventually around the age of 5 I got my own film camera. I’ve never put it down since. Telling stories through images has always been my passion. Read More>> 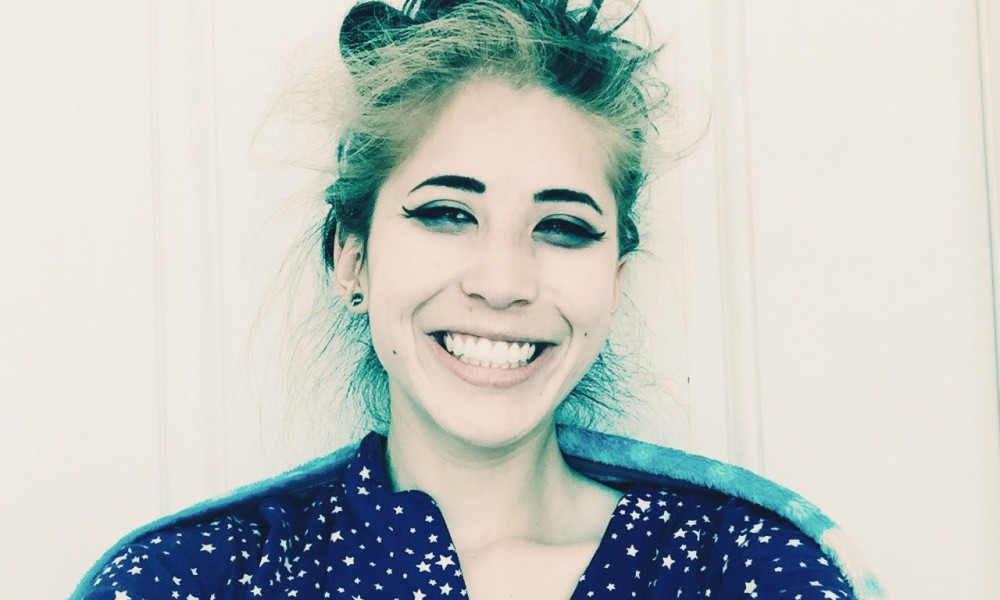 I started photography when I was 13 or 14. I took film photography classes in high school then went on to get a BA in Fine Art Photography from Academy of Art in San Francisco. I got where I am today with a lot of practice, passion, and dedication. I really love photography, something about the power you have to capture this brief moment in time that will never exist. It’s beautiful, magical. I think that I like to photograph people because every person has something unique to offer and it’s wonderful to catch these lovely intimate moments that should be saved. Read More>> 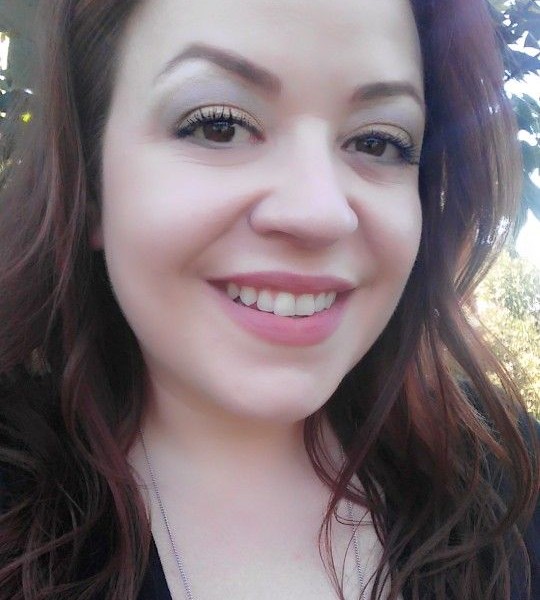 I took my first photography class in high school and the teacher had us enter a competition and my photograph won second place and was hung up on a museum wall. From that day on I was hooked and I knew this was something I wanted to do for the rest of my life. I worked as a waitress as I put myself through Santa Monica Colleges photography program, it took me 6 years to get my associates degree because I was going to school part time and working full time. Read More>> 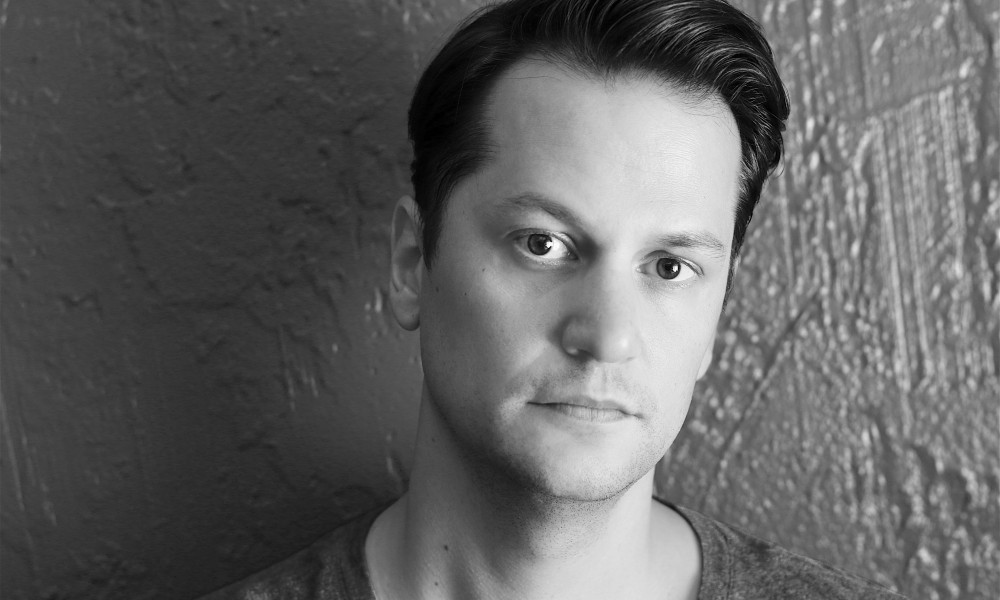 I’m originally from Philadelphia. I went to college at The University of Arizona and kept heading West after I graduated. I’ve always enjoyed taking beautiful pictures and decided to start working with models and actors while living in Los Angeles. Read More>> 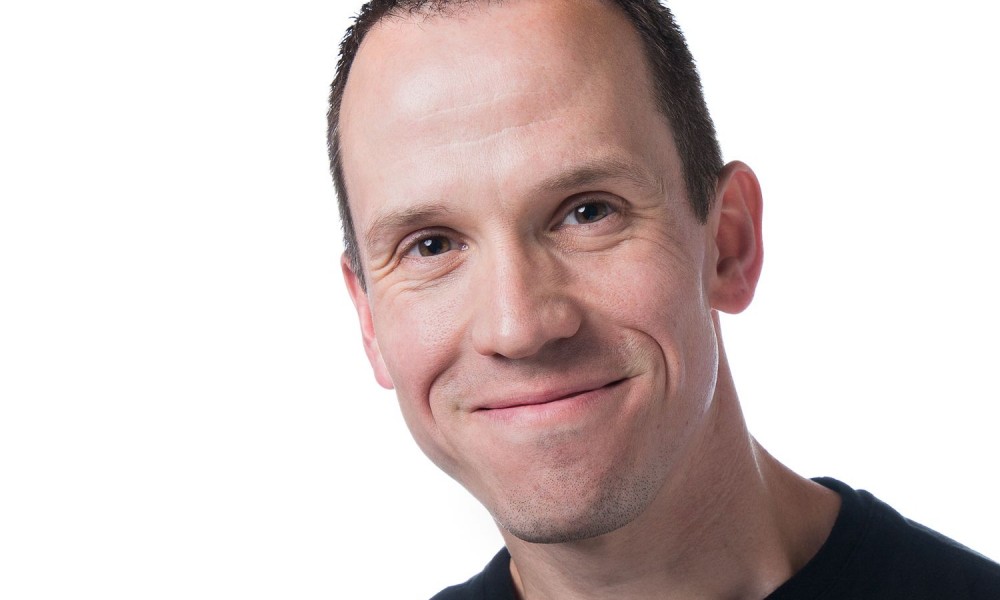 I’ve always thought photography was super cool ever since the first time I used a Polaroid camera. I started shooting muscle cars and some landscapes about 10 years ago and then moved out to California from Illinois. It was only about 3 or 4 years ago that I started shooting some fashion with local models and swimwear too. I love shooting on the beach! So much fun. I’m hoping to set up a small studio soon for personal projects and to help hone my skills with artificial lighting. My dream job? Shooting swimwear for Victoria’s Secret! Read More>> 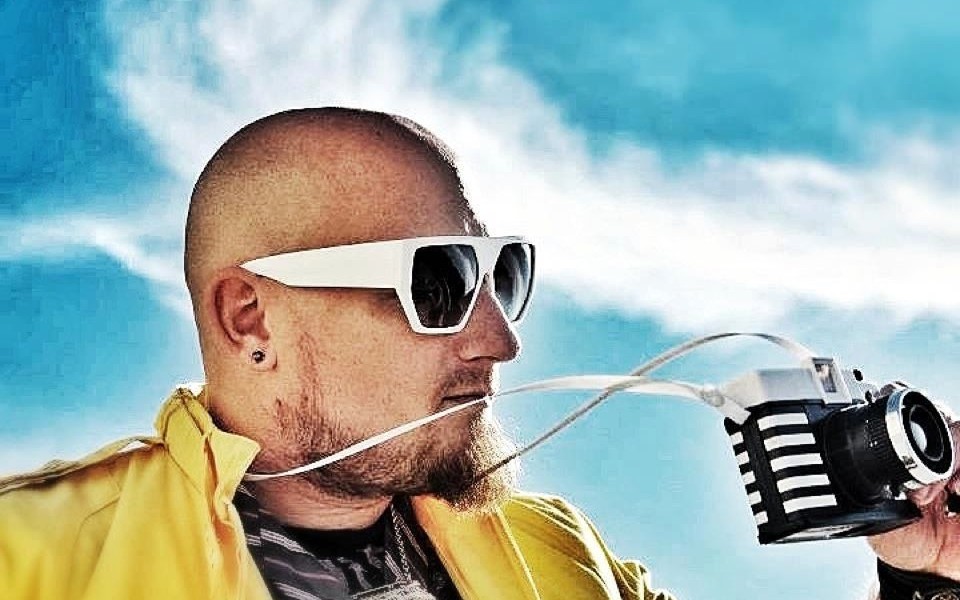 I got started working with cameras when I discovered an old 8mm camera when I was in middle school. It still had film in it and I found an 8mm viewer in an antique shop and was blown away by the look of it. I saved up my money and got a digital camera from a local Walmart and filmed little movies with my friends. Growing up in a small town, in the middle of Florida, before the internet, there weren’t many resources to learn from. I taught myself how to use cameras and how to make films. Since there weren’t many photographers or filmmakers where I grew up, I faced a lot of scrutinies choosing a path that seemed out of reach for many of those around me. I had to break out of there in order to find my way. Read More>> 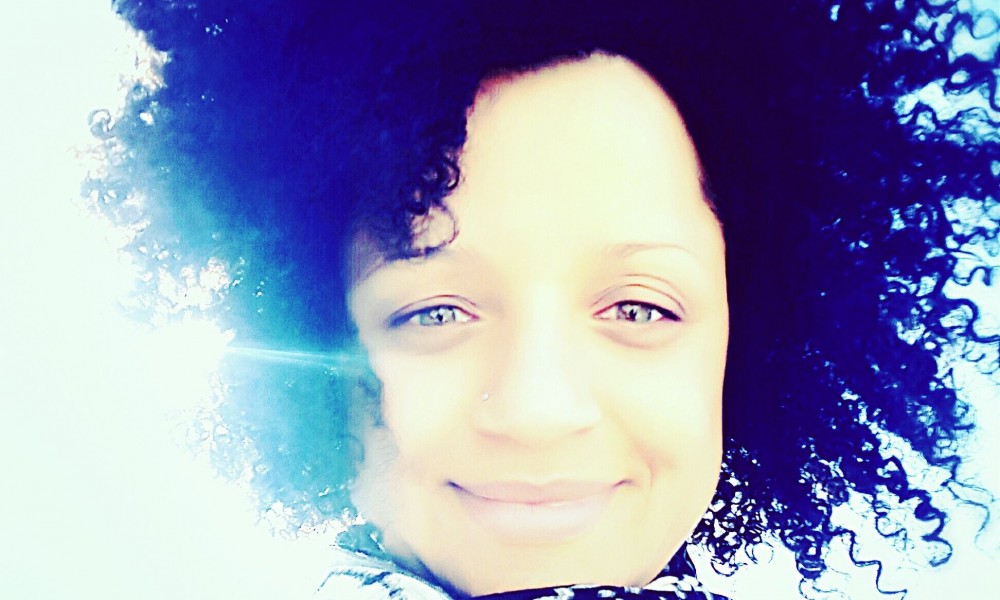 I started photographing myself after seeing the need to challenge standards of beauty. I was my own guinea pig in the hopes of being able to later photograph others and take part in sharing new visions of what’s considered sensual, sexy or attractive. I see gorgeousness all around me. Every age, gender, race, and shape are examples of divine creation. If we were all meant to look exactly the same we would. If we weren’t meant to age, we wouldn’t. I love capturing real in a world of fake, posed, prompted and scripted. Vulnerability is sexy. Read More>> 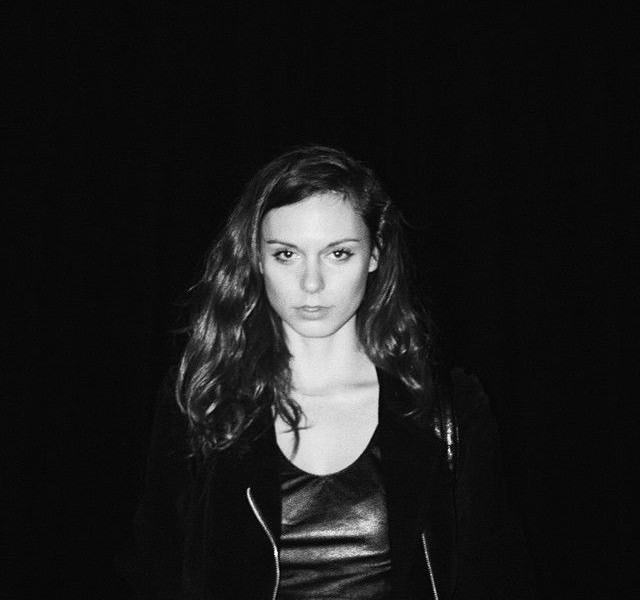 Back in 2009, right at the time, I quit writing professionally, I was floundering around for a purpose, and then inspiration struck. My best friend was dating a new boy, who was a photography student, and he was encouraging her to pose nude for him. She was asking for advice and mine was that she could do the shoot, but on film and she would keep the negatives. I warned that digital photos could be shared quite easily and she had only known the boy for a couple weeks. Read More>> 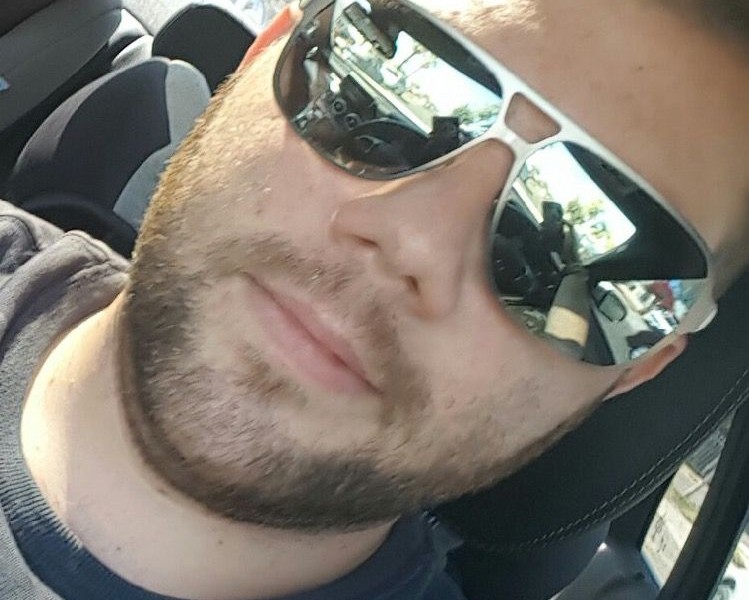 I’m a father to 2 beautiful children. I started off taking candid & yearly photos of my children & realized I had a very big passion for it. After dabbling in photography which started off as a hobby, I decided to commit myself 100% to create one of a kind photos. Read More>> 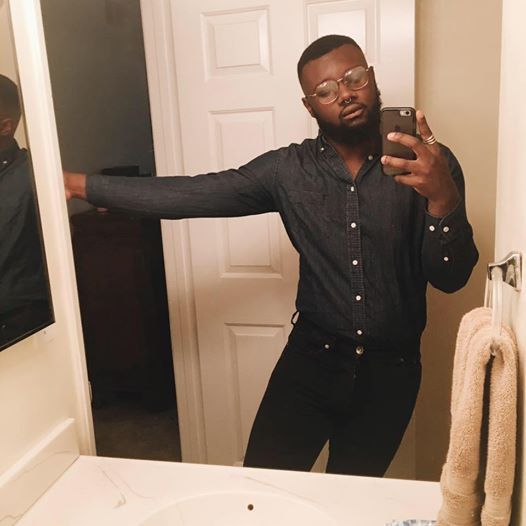 My introduction to photography came when I was 16 in high school. I didn’t have friends so on the weekends, I would pick up my camera and a cardboard box for a tripod and walk to this park a block away from my house. After I started posting photos online on Flickr and Facebook, people started to take notice. When I turned 19 and was a sophomore in college, I decided that if I wanted to take photography seriously, I was going to need to work with agency models. Read More>> 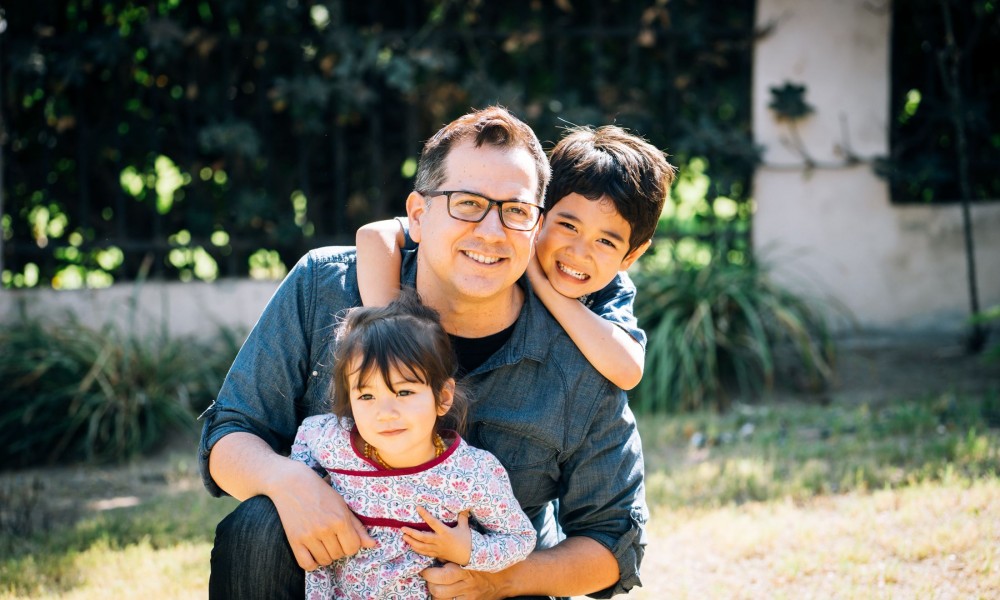 Since fine art was my career I needed a hobby and I bought a digital DSLR. Because of my background, I had a good understanding of composition and color theory and just needed to get a handle on the technical aspects of photography. I was experienced in using photoshop since the early 90’s so everything started to fall into place quickly. I also had worked in marketing and sales so I used that to start booking weddings. Weddings cover every aspect of Photography in one day and the importance of the photos pushed me to be my best. Read More>> 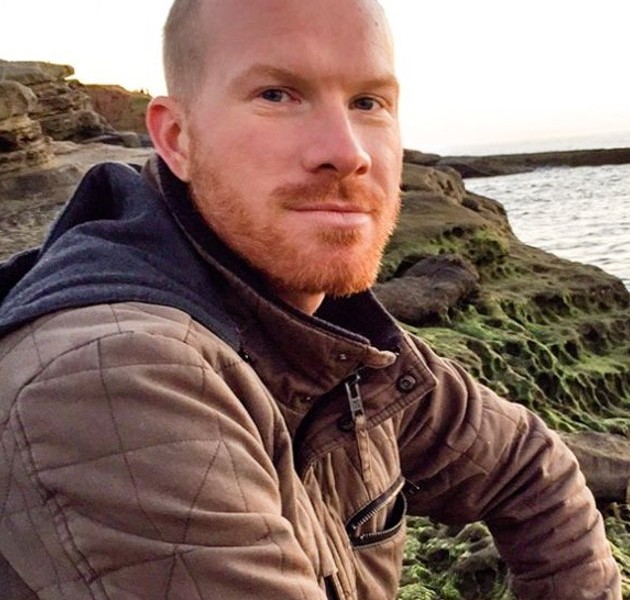 I grew up in Pasadena. My background is economics, languages, and biology. During my 20s I lived in Europe and the Midwest but returned to Los Angeles in 2014. I have been a photographer literally my entire life – my family has a picture of me using a camera at 3 years old. Read More>> 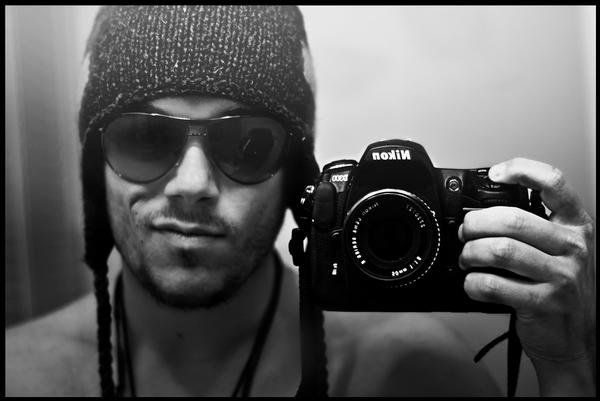 I have been a Photographer & Cinematographer professionally for over a decade. Originally from San Francisco, I now live in Los Angeles where I primarily produce a variety of content as well as run two small production companies, Inner Image Media and Rapid Reelz. Read More>> 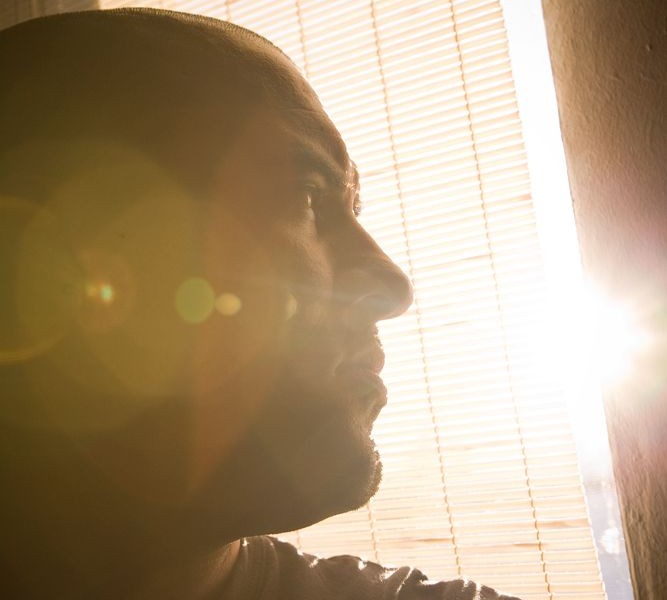 I started doing photography while at Cal State Northridge studying Journalism. During that time I found my calling. A documentary series of a needle exchange program opened my eyes to what I believe will be a labor of love for the rest of days. Read More>> 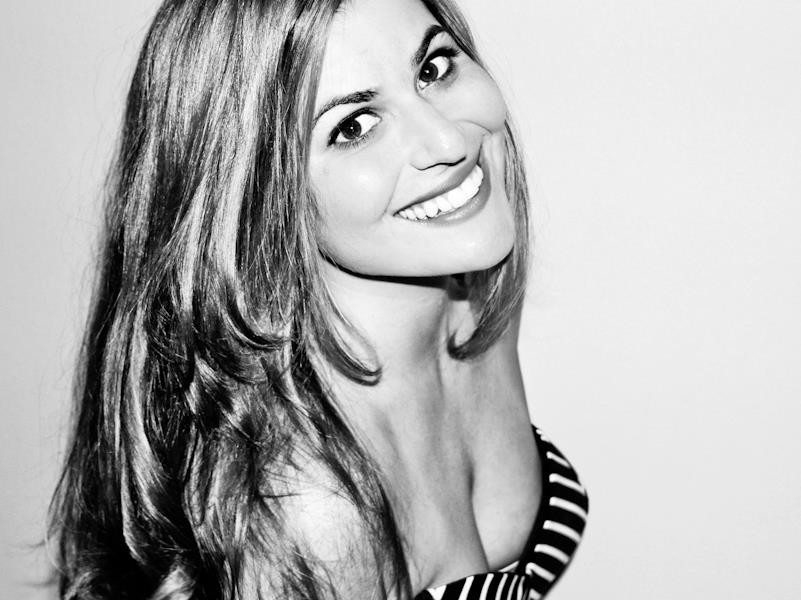 I guess it would have to start in high school where I took my first photography class. To this day it’s the only class I ever failed. I couldn’t develop prints in the dark room to save my life. I was almost embarrassed to bring any of my work home being my father was a photographer. I had ideas but wasn’t smart mixing chemicals. Read More>. 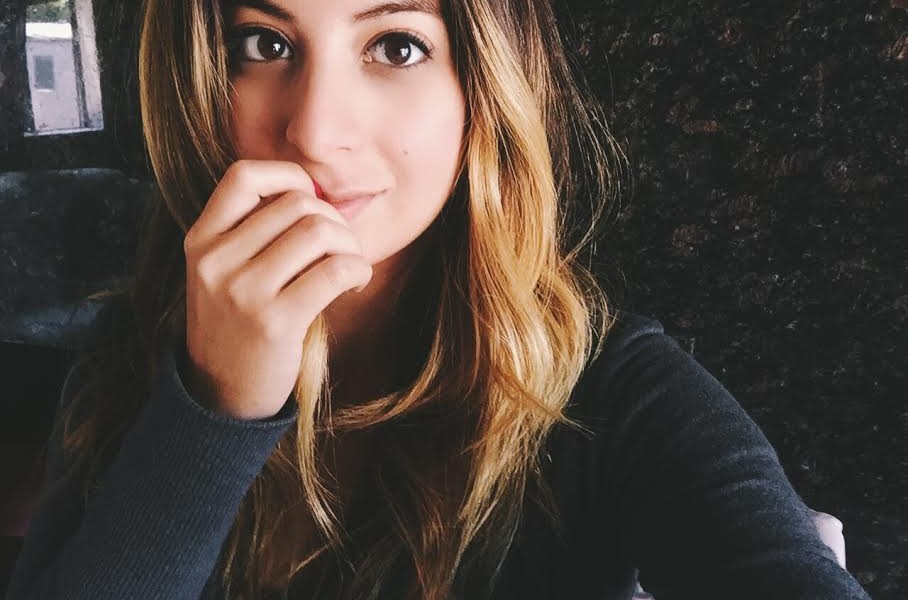 I started taking pictures since I was 10 years old when my dad handed me his Canon AE-1. I couldn’t stop since then. I took pictures of family, school events, even joined the yearbook in high school. I started taking classes in photography, being the designated photographer at family events. I started turning my attention towards models and lifestyles, and that’s where my focus has been the most recent years. I enjoy every second of creating images that I’ve made in my head into reality. Collaborating with people is an amazing inspiration as well. Read More>>