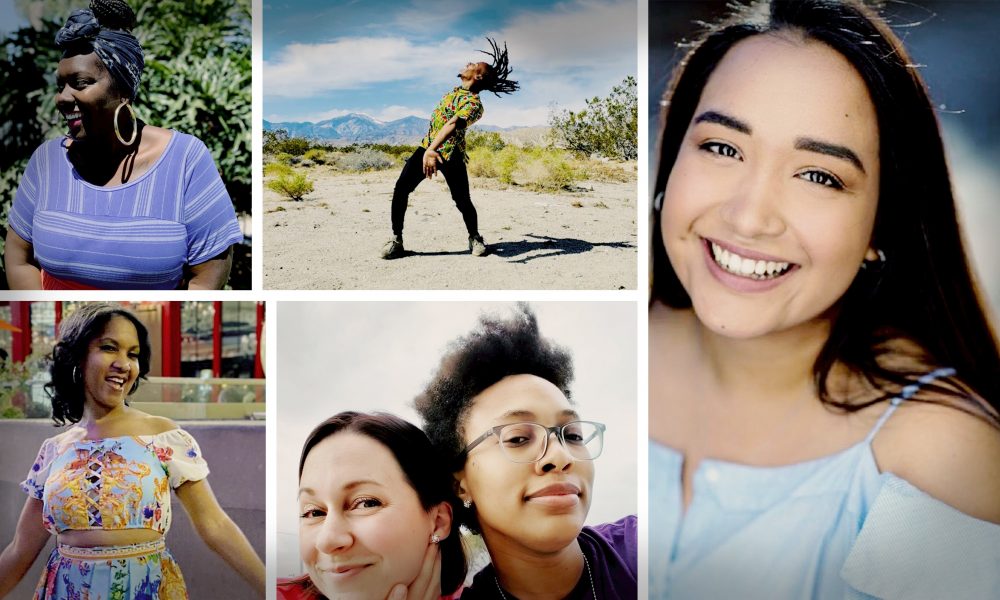 Every day we have a choice. We can support an up and coming podcaster, try a new family-run restaurant, join a boutique gym started by a local fitness champ or we could keep giving away our money to the handful of giants who already control so much of our commerce. Our daily decisions impact the kind world we live in; if we want a world where small businesses are growing and artists and creatives are thriving then we should support them with our time, money and attention. We’re proud to highlight inspiring creatives and entrepreneurs each week in Hidden Gems series.  Check out some of South LA’s gems below. 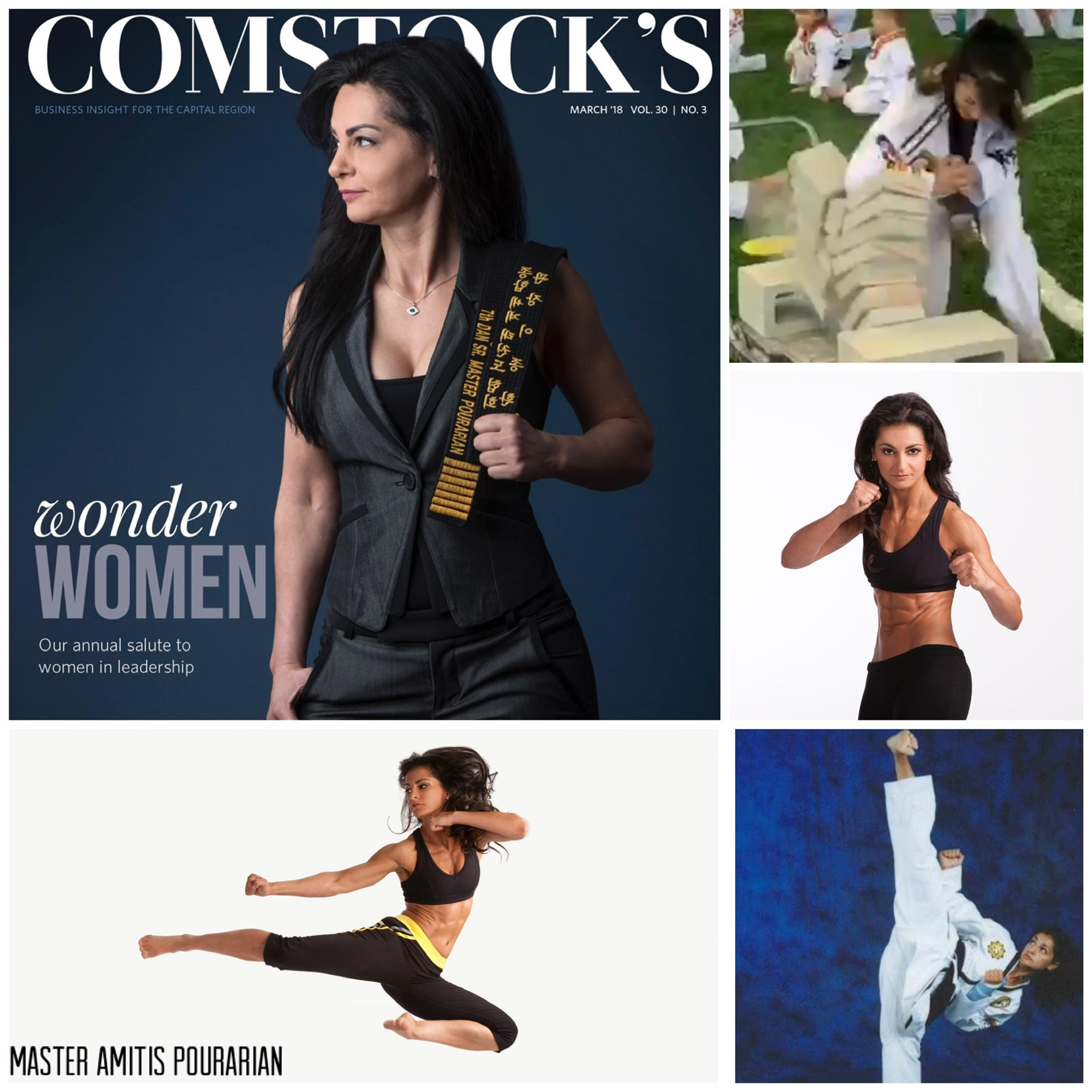 My family moved to the United States from Iran in 1983 when I was five years old. My parents started from scratch and rebuilt. I didn’t speak English, so when the bullying started luckily, I didn’t understand the insults. One day a family friend took me to a martial arts class. I fell in love with it as it was not a team sport and I was in control of how good I could become. I have never since stopped training. I became an assistant instructor at the earliest opportunity and never stopped that either. This was my one constant Jr high, high school, college and even grad school until now. It gave me confidence and made me athletic. Leading me to win multiple National Championships and ultimately a spot on the United States Taekwondo Team. While I loved martial arts, I pursued a career in Business, Real Estate and Construction. Read more>> 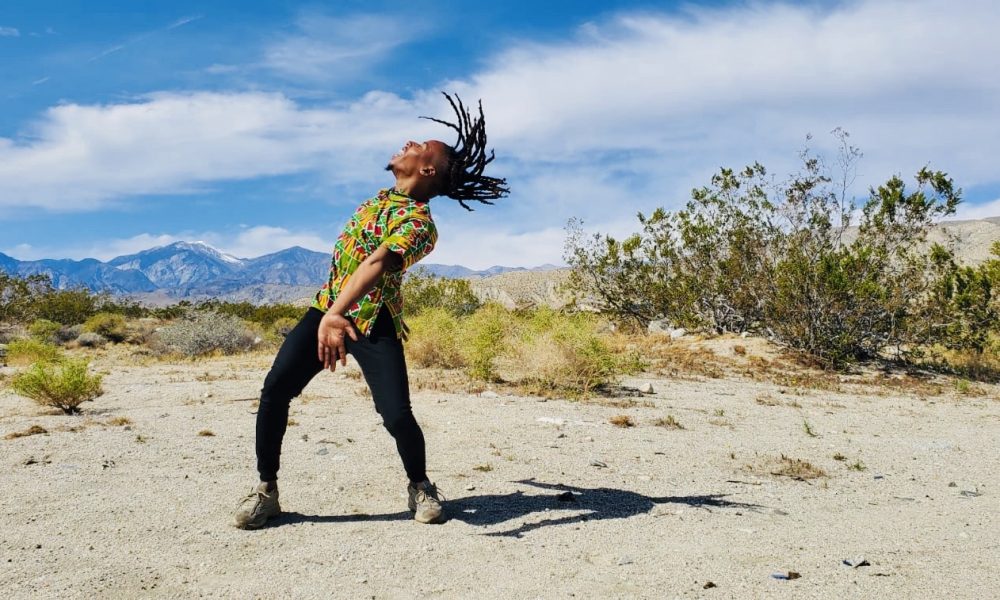 I’m an Army brat born in Frankfurt, Germany and raised in a single-parent household in SE, Washington, DC. with drugs, violence, and the prospect of being another Black male “statistic” in the community. Thankfully at that time, my Mother was truly focused on protecting me from the unfortunate circumstances of this environment. Mother made sure that I developed strong desires for divine spiritual connection, education, art and humanistic love regardless of the environment that I would find myself in. I was the kid that attended local Bible discussion meetings, took occasional piano lessons at a low-cost Saturday community “college” course offered by Howard University. Read more>> 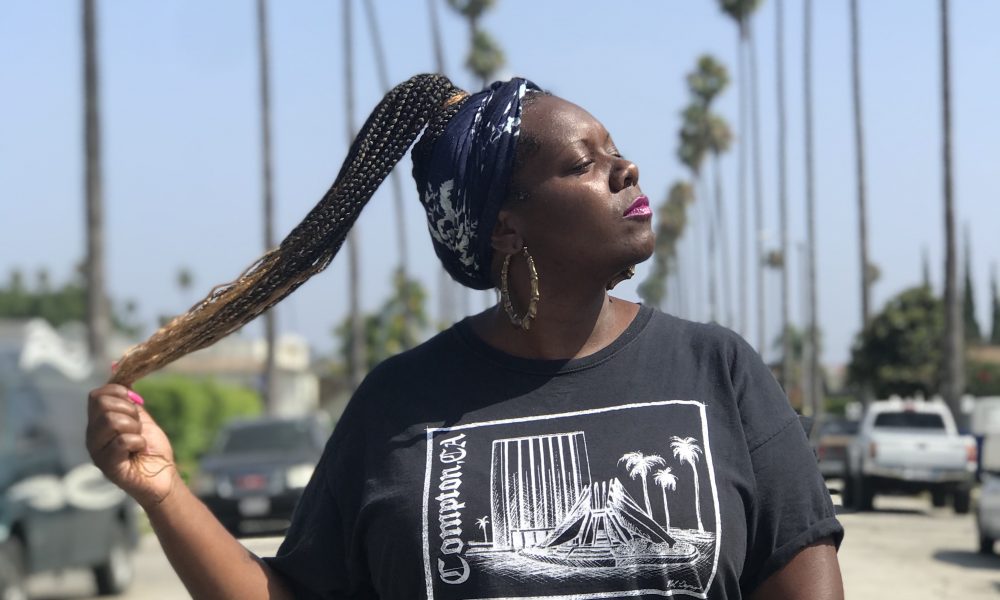 I was the only child of a single mom, so you can imagine the time that I had on my hands. Born and raised in Compton, affectionally known as Hub City, I grew up in a neighborhood where I was either playing sports with my friends on the block or inside cutting up an old pair of jeans to make a denim purse. Being the only child was not the ideal childhood; however, it allowed me the opportunity to have uninterrupted time to practice my braiding technique on my grandmother’s beautiful head of hair. When I wasn’t playing beauty shop, I would plunder through my mom’s nail supplies to paint my nails because I was too young to go to the nail shop. I think I was around 13 years old when I designed my first set of press-on nails – you couldn’t tell me nothing! Read more>> 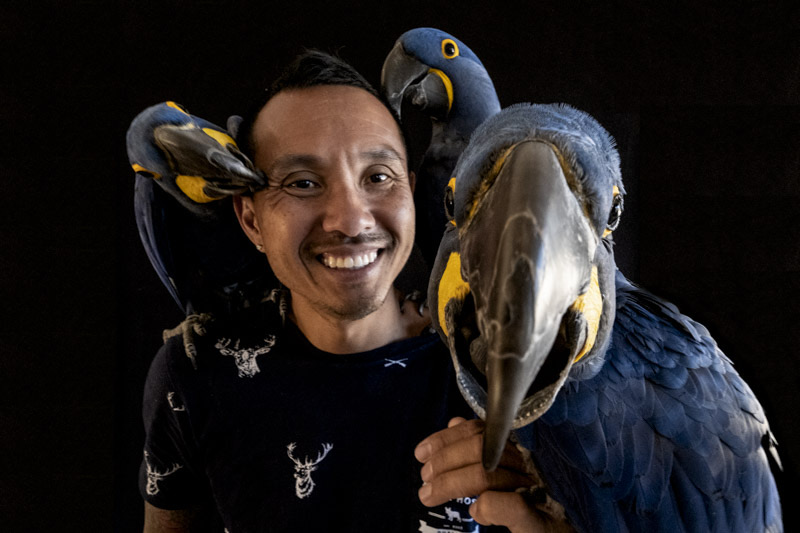 In some ways, it’s been a lifelong journey to where I am today. I consider myself to be equal parts educator, biologist, and behaviorist, but ultimately I identify as a naturalist. My appreciation for nature was formed as a kid living on a farm in Minnesota where I played among lakes and marshes, exploring the elements and balances that enable life. When I was in the third grade, I began exploring the woods and running freely among the local farmer fields, coal mines, and most memorable of all, into the upper end of the Mississippi River. I recount these memories vividly, especially the thrill of discovering the various insects, amphibians, pheasants and wild turkeys that lived on the land and finding fascination with their exoskeletons, wings, fur, feathers, and scales. Nature, for me, is a profound teacher of life. Read more>> 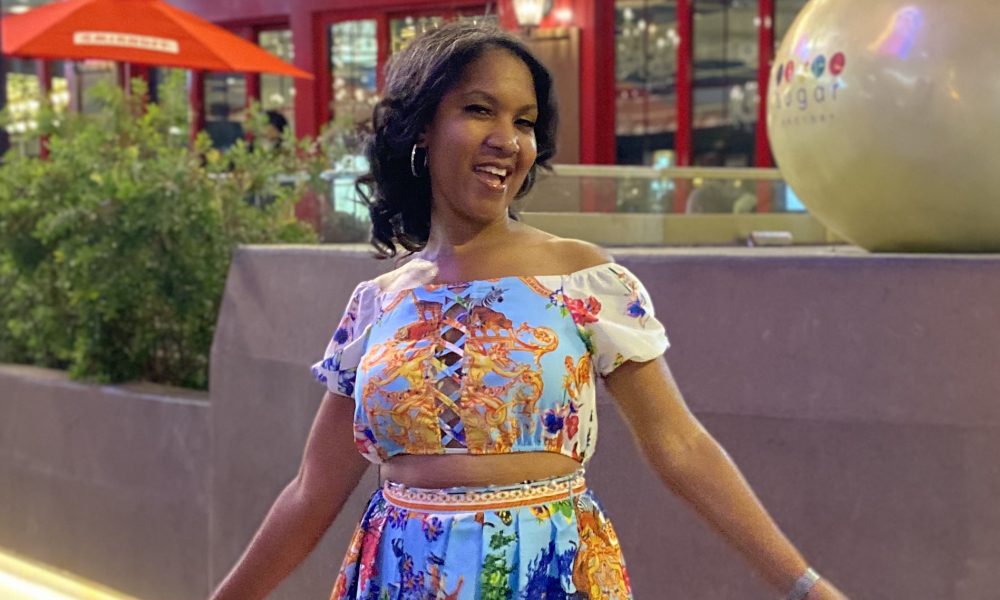 It all started in my kitchen nearly 18 years ago. As a mother of a toddler, I liked the idea of having his sibling and cousins over on the weekends. Thinking about what I could make them for breakfast, something inexpensive, quick and easy to make and fulfilling, final answer, WAFFLES. I’m a huge “Waffle Lover”. But, I could never get my syrup pour perfect. It was either too much syrup or not enough. Either my waffle was thick and dry or soggy and wet. Plus, the syrup would make me sleepy afterwards. That was not good having a house full of small children. I then questioned, “what if I could make waffle batter that did not require any syrup.” So the experimenting and creating began. Read more>> 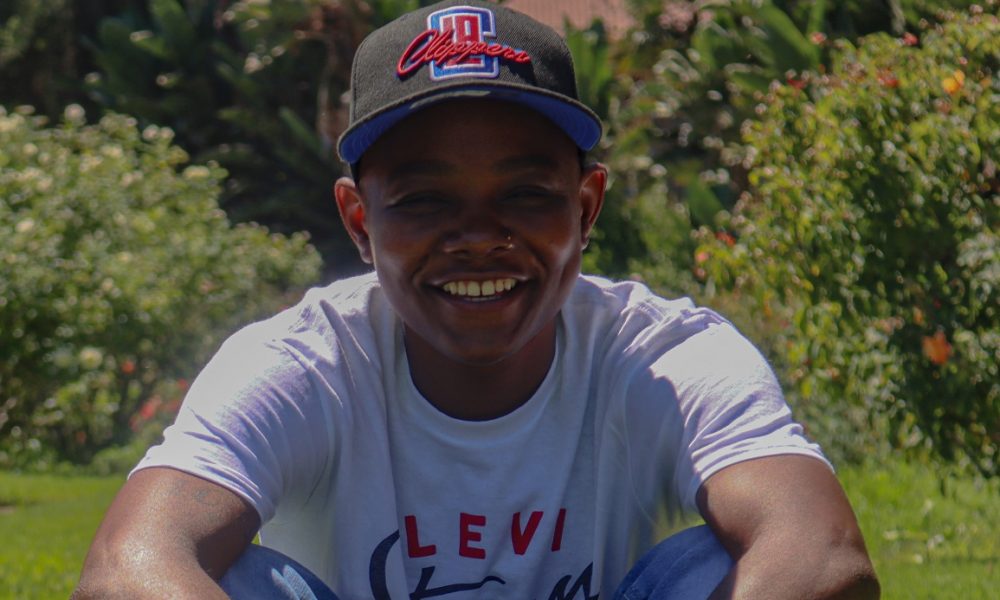 I’ve always wanted to make a magazine that was focused around the music and not on the gossip and drama in the industry. Its a lot of magazines out that claims they are about music yet when you open the pages its slander, rumors, drama, gossip and so much more with an ending of oh yea they also have new music coming out, or they focus on a small group of popular musicians and forget about the rest not caring if they are musically better with a why behind the song which most don’t have now in music. I felt something was missing so I came up with so many different ideas and decided to start with a music magazine that focus on music and the people that cater to this life of music that we explore as listeners because you have people who just listen for the moment and you have people who feel as they listen. Read more>> 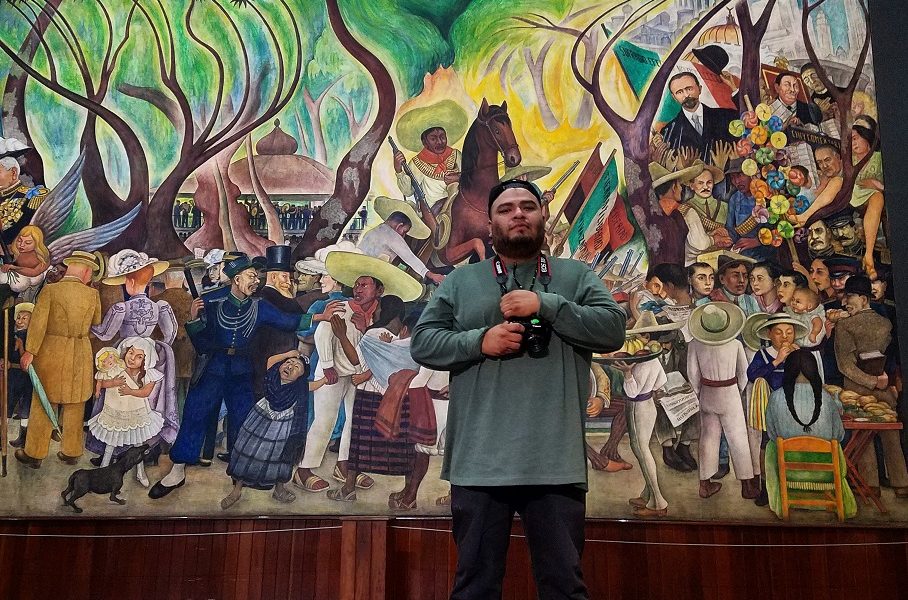 Growing up in the dying days of the analog era, we couldn’t afford internet. Most of my things were second hand, my dad collected scrap metal for a living and I found out early that one man’s trash is another man’s treasure. I grew up taking apart old radios and cameras and putting them back together, I was always intrigued with the hands on approach. My first film DSLR was a second-hand camera my dad found or bought from someone, and it just took me back to going on trips with friends and family and grabbing disposable cameras to have keepsakes of those memories. Photography is a way for me to capture a split second of time; the essence of a moment. Besides photography, I enjoyed drawing and just being creative in general. I even learned to sew from my mom when I decided I wanted to make clothes for my stuffed cat “Noodles” lol. As long as I stay creative and am able to produce quality products, I’ll keep creating. #marathonsnotsprints. Read more>> 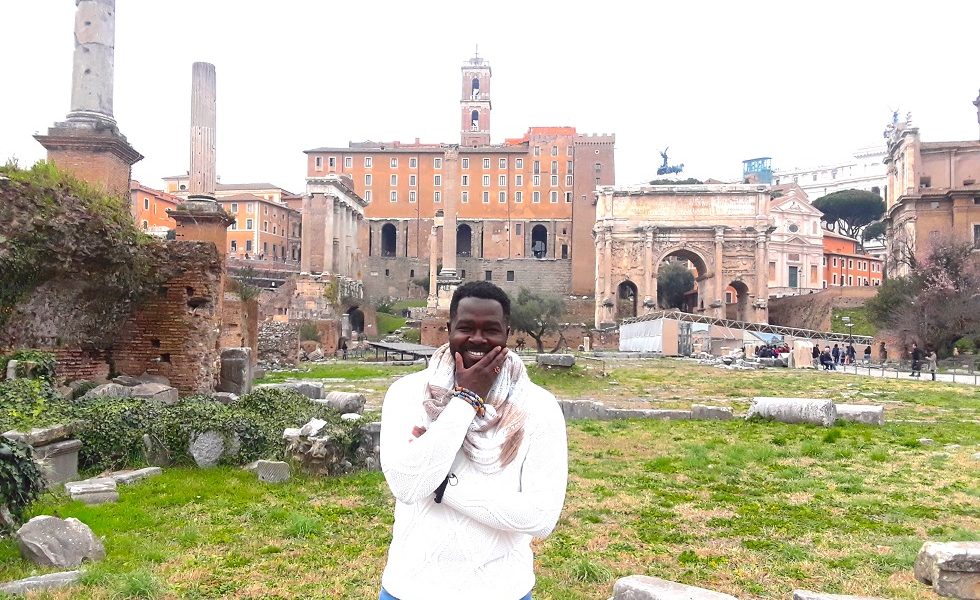 From the age of thirteen, I always knew that I wanted to work in the entertainment industry, live in Los Angeles, and be an entrepreneur. The careers of Diddy, Jay-Z, Oprah Winfrey, Spike Lee, and John Singleton inspired me immensely to go after my dreams. I started my career in 2005 as a film student at Temple University and an intern at the Philadelphia Film Office. Early on, I recognized how important it was to be strategic in working in major markets so I got internships at Teen Nick and Mtv News & Docs in New York City. After graduating college, I worked as a Production Assistant at Vh1. At that time, I didn’t have enough money to live in NYC so I commuted daily from Philly to NYC and would be on the train six hours a day going back and forth for two years. Read more>> 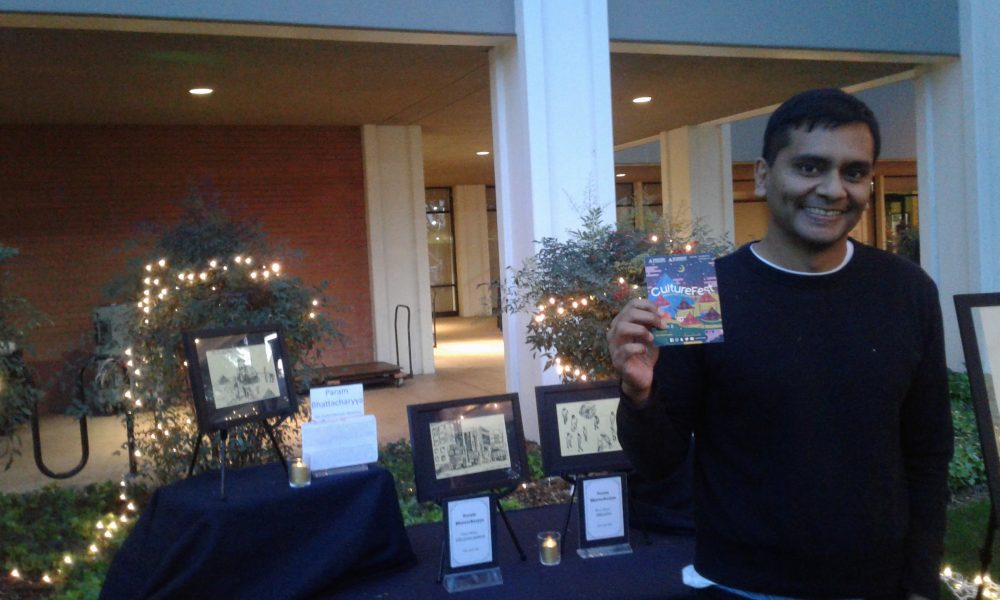 I grew up in a Bengali Indian family in New York. I was eventually accepted into and attended Mcgill University which is known primarily as a science school. The expectations were the usual; science or law school. However, deep down, I knew that art was my passion. Initially, my parents were totally against it. Eventually, I had a long tough discussion, my parents relented and I went to art school in New York. I then graduated, worked as a web designer, and then moved to Vancouver where I did a one year course in 3D animation. Read more>> 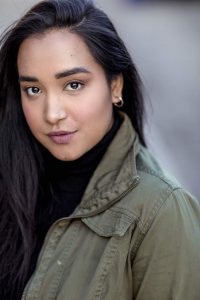 Since a young age acting and film has always called my name. I grew up in a really smart town in Arizona and there was not a lot of opportunities to gain experience and knowledge in my craft. In high school, I was part of small really small and low production plays but being on stage for the first time felt breathtaking, the essence that I felt on stage was like no other. It was in that moment where I knew I wouldn’t just be able to shake off this “hobby” because in fact, it was more like a passion. After high school, I got accepted into the American Musical and Dramatic Academy and I attended their Los Angles Campus and New York Campus. There I really got the opportunity to come into my own and let my talents shine. Read more>> 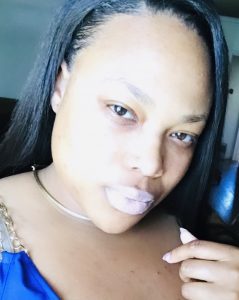 I remember like it was yesterday it was the month of August of the year 2018 I was sitting in my car at my job at the time waiting to go in and clock in for my scheduled shift. I called my father on the phone and had a long conversation with him about how I was going to quit my job because I feel like I’m not growing here there is no opportunity for me to grow and this is just not what I want to do with my life. Read more>> 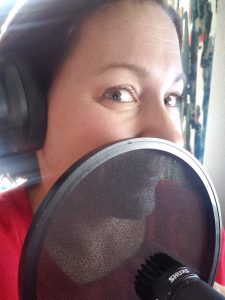 My co-host Shani was over at my house working on other creative endeavors and having lunch, and we got to talking about books. Shani super casually threw out that the book she was reading was a romance novel. A three-hour conversation about our favorite authors, books, and genres of romance followed after I revealed with no shame or hesitation that I was an avid romance novel reader. A few hours later, Shani called me with a big speech prepared. She began, “Hey, so I was thinking, we should do a romance novel podcast together.” Upon her inhale to launch into the aforementioned, practiced speech, I replied, “That sounds awesome! Let’s do it.” Read more>> 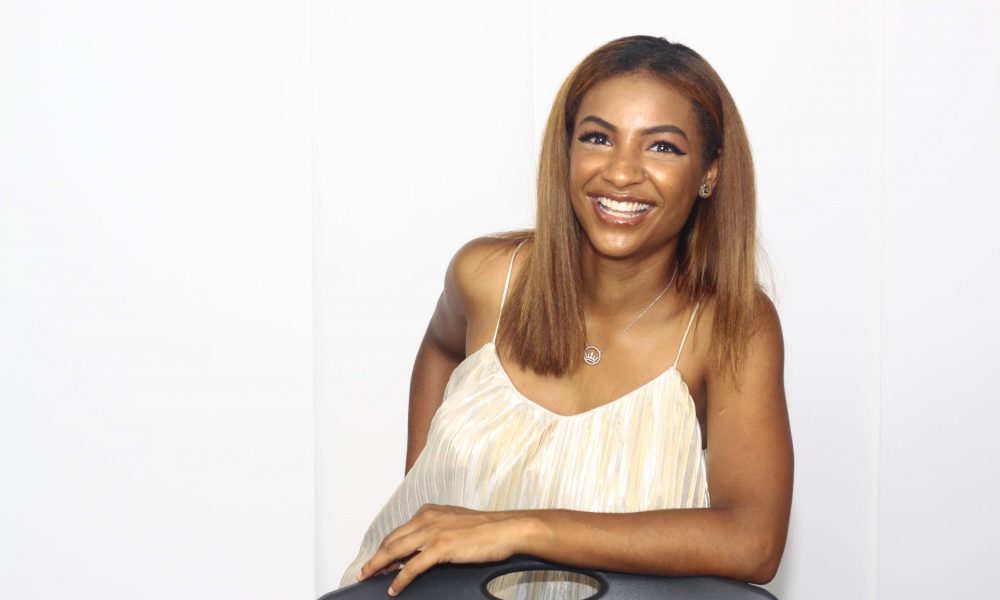 I came to LA for my spring internship with MACRO production company in January of this year. Before coming, I was preparing for the final semester of my mass communications graduate degree program with the University of Florida. I applied for the internship with MACRO in December after seeing a social media post about it on Instagram. Two weeks later, thanks to LA-based friends who supported my journey like Tracy (Twinkie) Byrd, Nate Parker and Maria Rice, I arrived in LA, wide-eyed and ready to apply my media talents. Read more>> 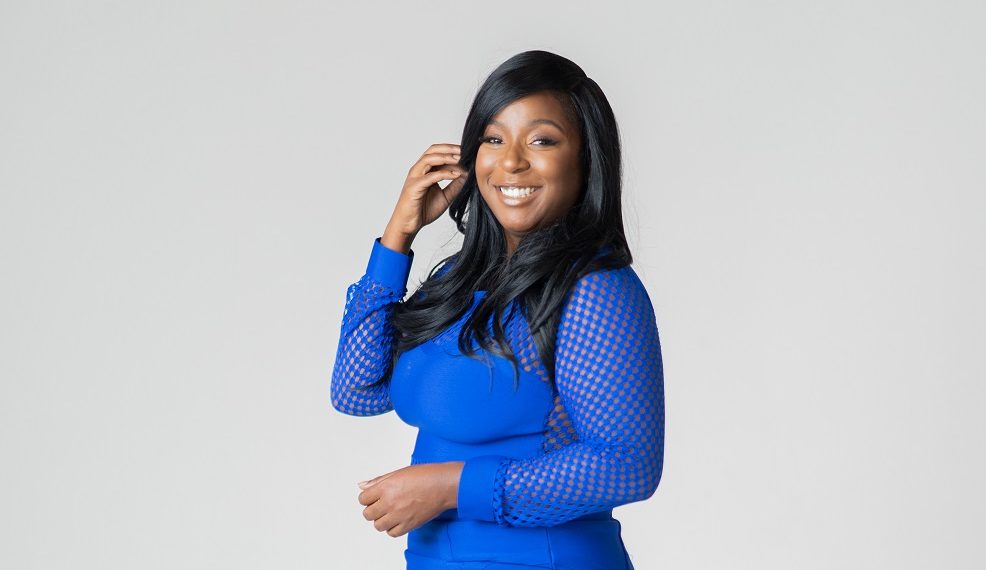 Drip Swimwear was created out of my desire to find one swimsuit that did my three favorite things: make me look good, make me feel good, and gave me options. My desire from the very beginning with this design was to capture the confidence that a woman feels when she’s wearing an outfit that she feels good in, and I think I’ve done just that. In 2021, I will be celebrating eight years in business and I think one of the key reasons my business has survived this long is because I dedicated myself to revolutionizing the perception of the “perfect body”, taking the term from self-limiting to all-inclusive by embracing as many different body types as I can. And I have never given up on the idea that my product creates the look and feel of confidence for any woman that chooses to wear it. Read more>>