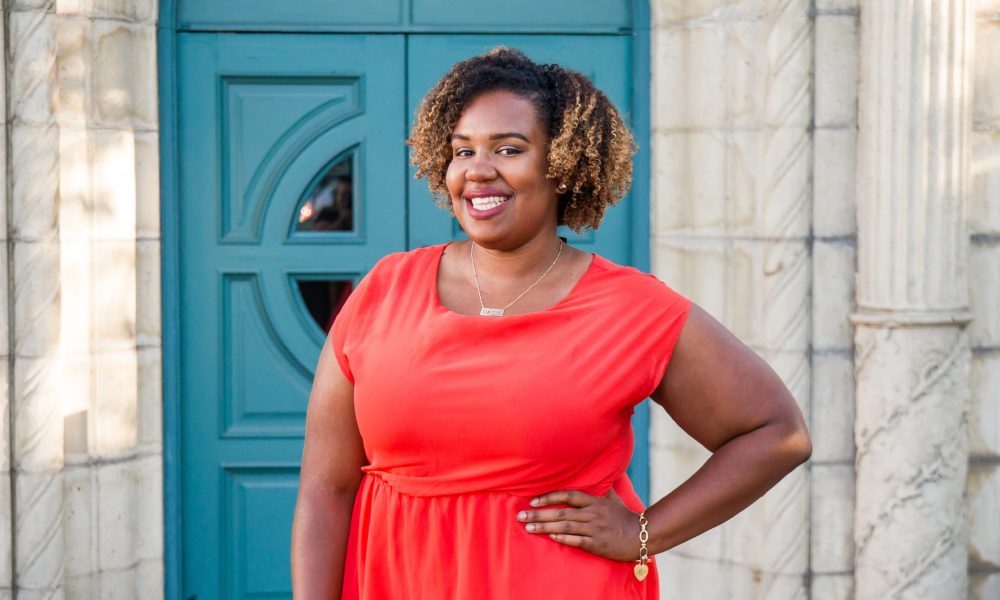 When I was 11, I went to my first wedding. An older cousin of mine wanted an outdoor wedding in Wisconsin…in the Spring-April. Everyone told her multiple times that she needed to have a rain plan, but she insisted on having it outside because that was what she wanted. Of course, it rained and with no plan, the family was forced to move everything inside the church basement. Watching them transform the space was magical to me and I knew then, that I wanted to do that, transforms spaces and make dreams happen, for the rest of my life. I began asking my parents to buy me wedding magazines and found every reason to plan a dinner party for my parent’s friends. Read more>> 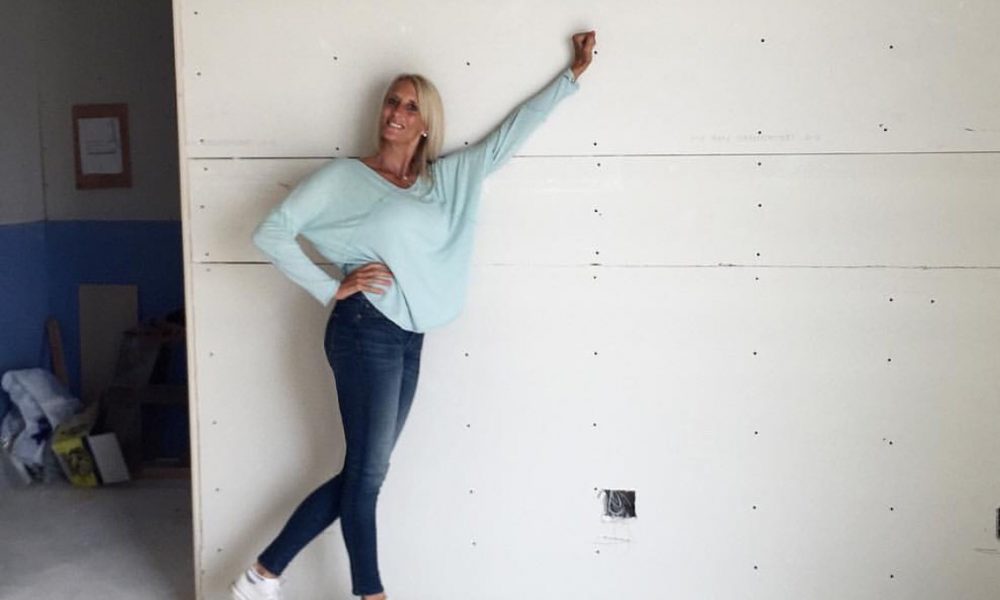 My path to becoming a Residential and Commercial Interior Designer was an unusual one. After spending over 15 yrs. working in the advertising & marketing industry, I began to feel burnt out with the daily grind of working in Corporate America. Exhausted from giving so much of my time and energy towards building someone else’s dream I knew there had to be more to life. In a nutshell, I wanted a change, a big change. That’s where my fun, exhilarating and crazy journey began! I desired to earn a living doing what I loved which was being expressive and creative. Read more>> 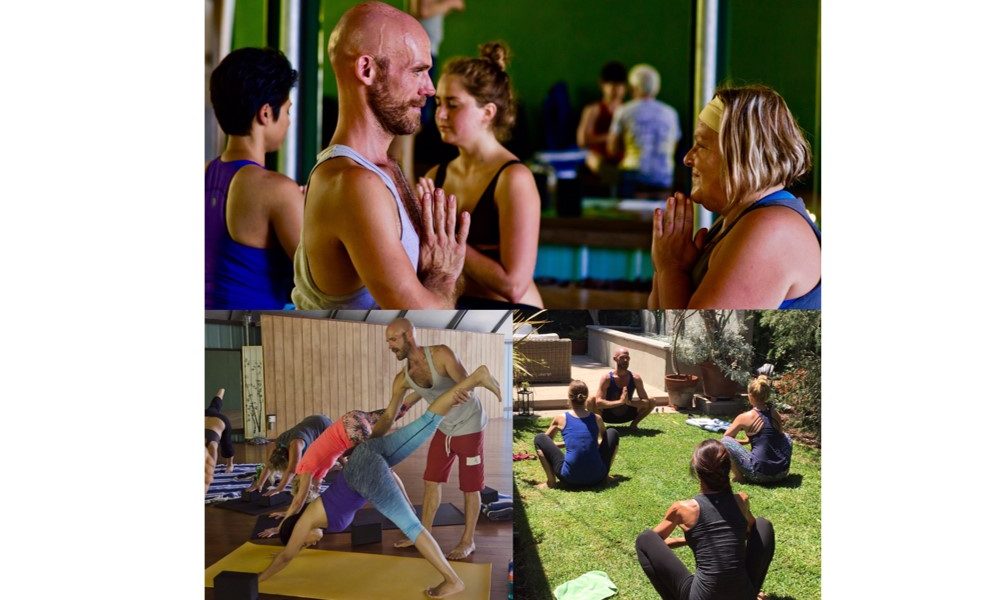 I have always been a deeply spiritual person. As a child, my spirituality was expressed in a religious setting, since my parents had me in church at 8 days old. I always felt a deep spiritual connection to something much greater than my physical existence. Even in the religious context it wasn’t the rules and ritual but the connection to divine energy that captivated me. I continued on the religious path well into my mid-twenties. I even attended a Christian college and graduate school. In my early twenties, I started to become aware that I was receiving specific, intuitive messages to share with others. This frightened me at first. I didn’t want to look foolish by telling strangers things that made no sense. Yet, my drive to share these messages was so strong. Read more>> 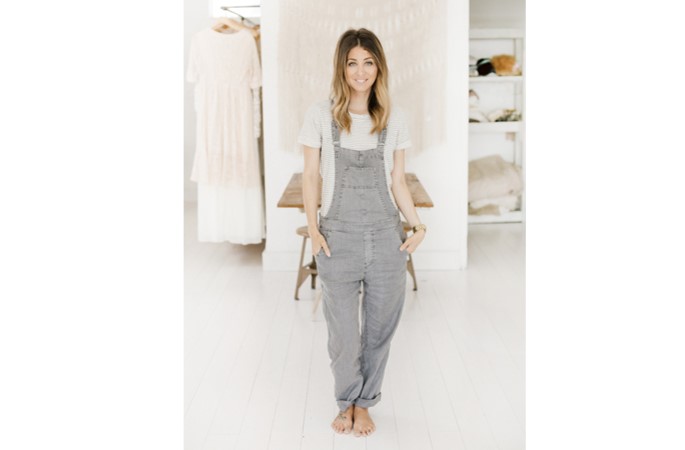 Like most high-schoolers, I took a photography class that sort of sparked interest, but truly it was not until I was 21 that I really pursued photography. I actually attended art school for a while for photography, but realized that the best lessons I was going to learn, was actually working in the field. I feel like often in school they have this ” vision” they put of success in commercial/fashion photography, so truthfully, I was not even thinking about family or baby photography when I was getting started. Read more>> 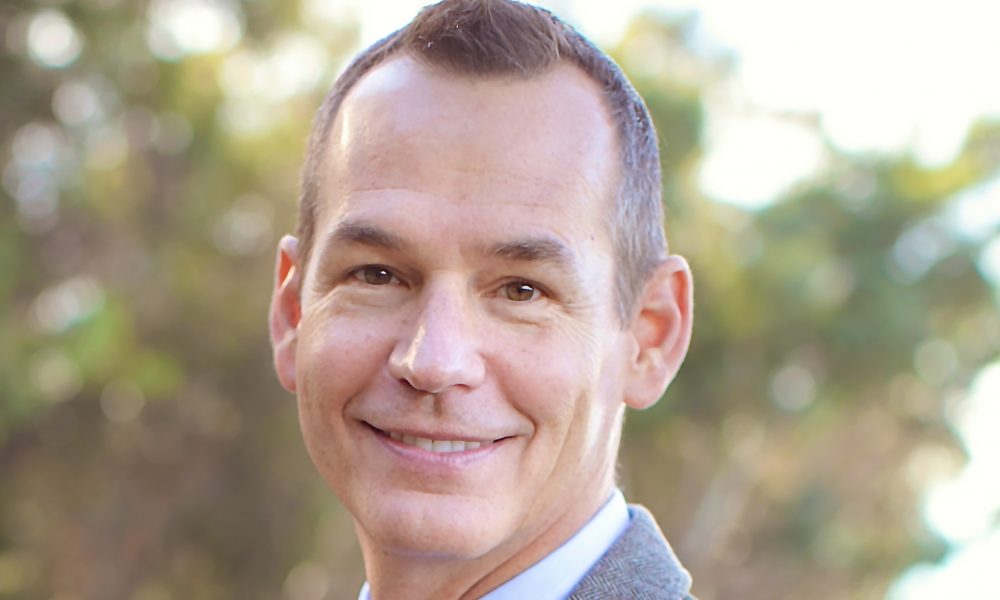 Originally, I started out as a fabric and men’s clothing designer. Even while in the industry I had my eye on the Home Design field and always seem to find myself in furniture and home accessory stores. After 20 years in the clothing business, I found myself burnt out by the uncreative and cut throat culture that is so pervasive, so I started to explore new possibilities. I found myself joining an existing furniture boutique that specialized in teak furniture from Indonesia, what was so wonderful at that time was that it was so much more than just another ‘Pacific Rim’ inspired boutique. Read more>> 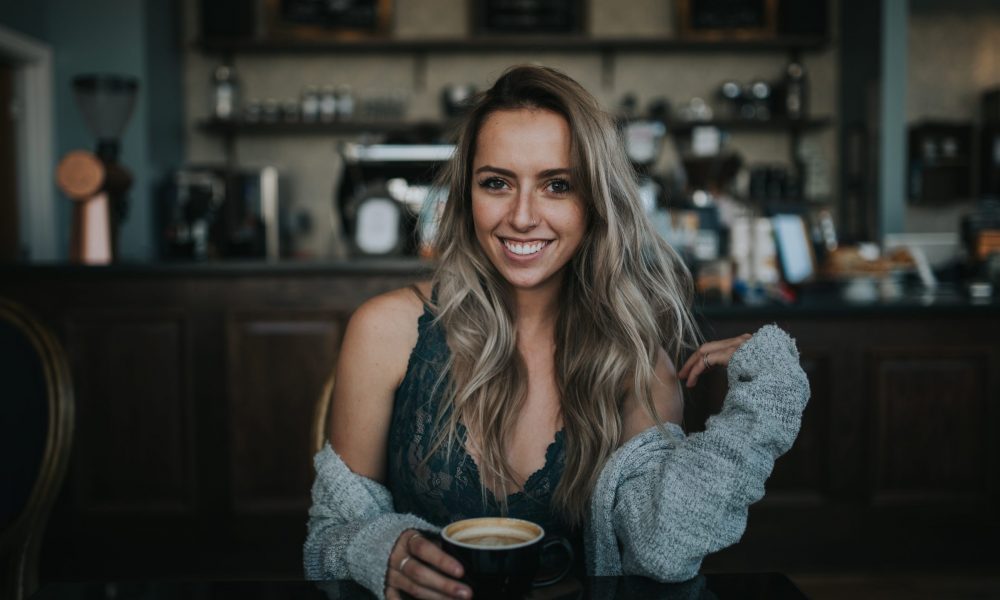 As a kid, I found myself fascinated with my sister’s Polaroid camera, and had a little IZOD camera too. I took pictures of EVERYTHING. I remember setting up “family portraits” with my Barbies HAHA. Like what? But I guess that makes sense. Then throughout high school, me and some of my friends would do “fashion shoots” of each other just for fun and honestly it took off from there! (I should do a blog post of all of my first “photoshoots.” So adorable and also hilarious.) I shot and shot and learned as I went. Before I knew it, people were asking me if I would take their senior photos, their family photos, etc. Read more>> 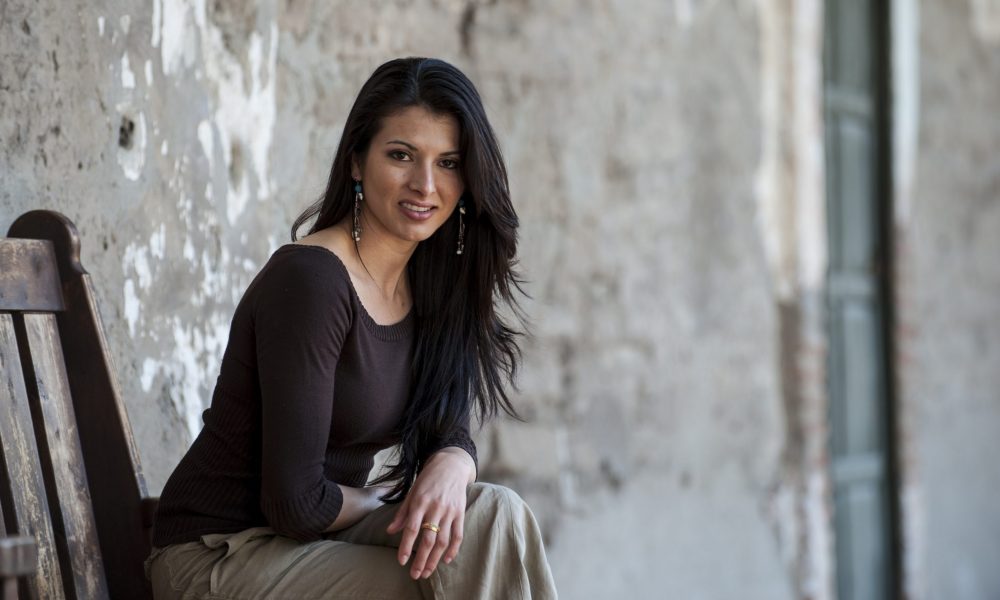 As a photographer, I am fascinated by the fact that I can stop time at any due moment that I like. The camera is my best friend, my accomplice and my best companionship. For years I have been trying very hard to find the missing link of myself. Now I have found it. That link is photography. Now that I have found my truth self I can explore new feelings. Feelings and emotions that I did not know how to interpret portray or control. I am my own masterpiece. The people that surround me are my mentors. I learn from them. For years I have been lost trying to find myself. I have explored other territories such as acting and modeling and in the middle of my journey my true self came out. Read more>> 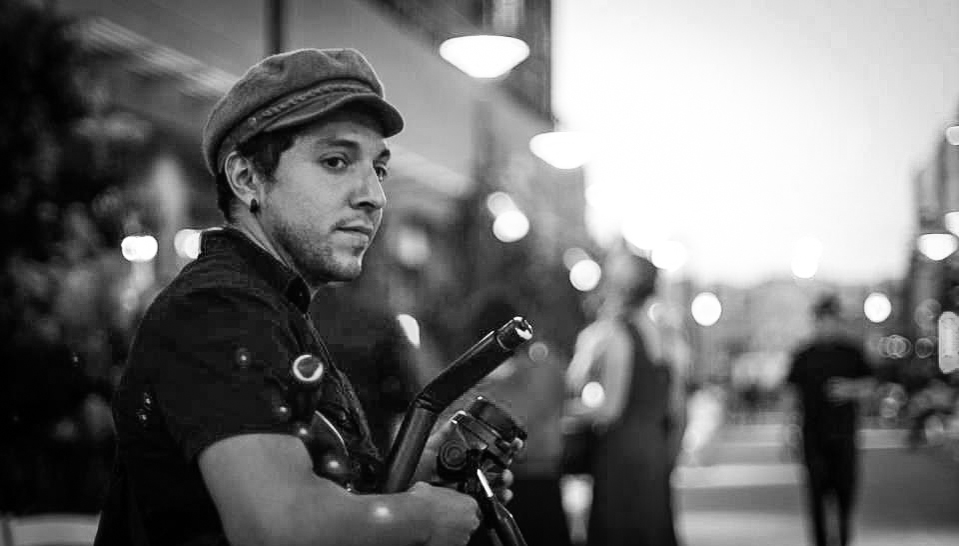 Hailing from the mountains of Western North Carolina, I discovered my fascination with film through my early obsession with video games, music videos, films, and ultimately, filmmaking as an undergraduate student at The University of North Carolina at Asheville. Now based in Long Beach, California, I have kindled my creative passion as Director of 4th Street Productions. My motivation for film was always rooted in existentialism, with a focus on coming of age stories, technology and its preventable perils, the importance of parenting, and current social issues. Read more>> 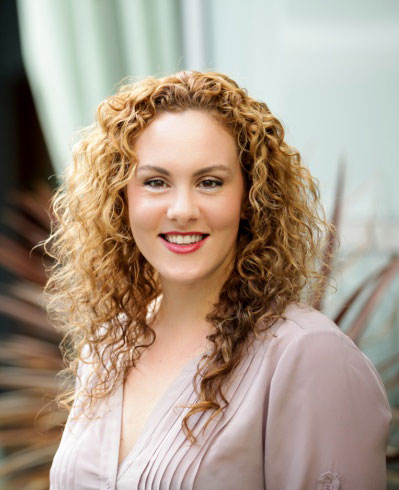 I joined the team in 2006 at Shade Hotel in Manhattan Beach. I was hired in the events department and worked my way up the ranks from Food & Beverage Director to General Manager to Senior Vice President of Operations for Zislis Group which we created in 2011. I am a fantastic example of our company’s philosophy to always promote from within and to nurture and grow our team so that we can provide both experience and opportunities to those that choose to join the Zislis Group family of restaurants and hotels. I truly love my team and feel appreciation everyday for the people that I work with- we are inspirational people who strive everyday to be the best! Read more>> 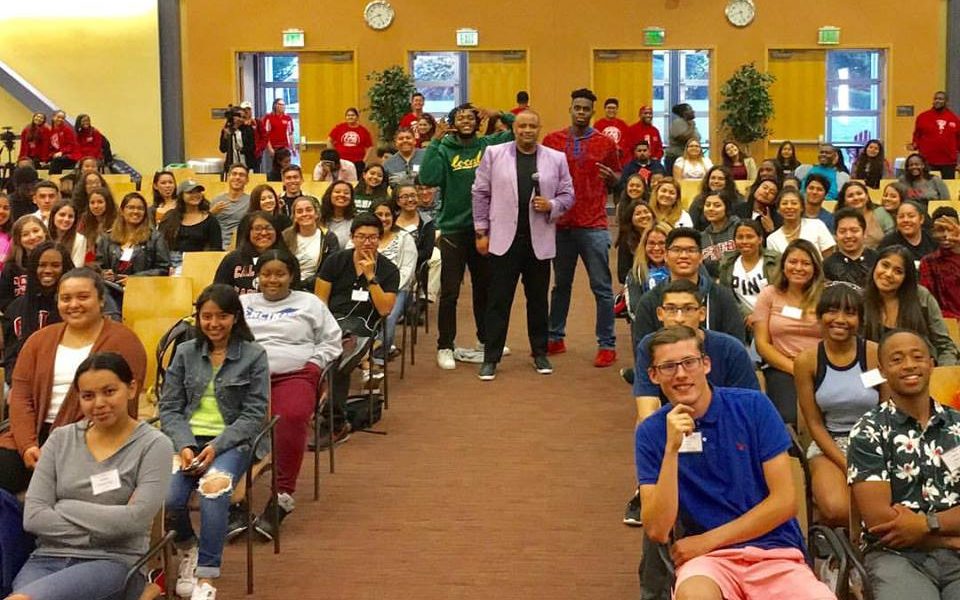 Approximately eight years ago, I was traveling the country as a national speaker on college campuses and noticed that many college students were not being given the proper skills necessary to attain career leadership success after graduation. So, instead of complaining about the problem, I decided to create the Circle of Change Leadership Conference, which is a three-day national leadership conference that helps emerging and seasoned leaders in college discover the leader from within, develop the leadership and professional skills necessary to attain career leadership success, and inspire them to make a positive impact in their community, nation, and world! Read more>> 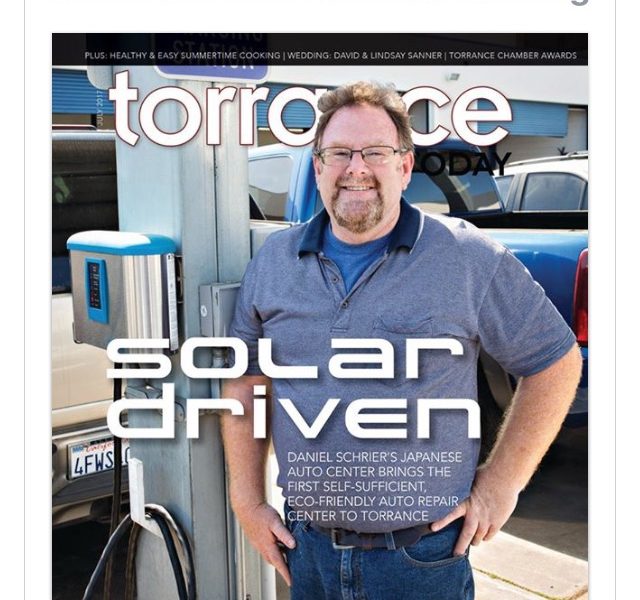 We started our business in 1986, built from ground up with a full parts house, 12 bay repair shop and a full body shop. The company was named Japanese Auto because few companies did Japanese cars so we started with them, but over the years customer need their second car fixed and it was not a Japanese make so we expanded. We now stand at 28 bays 22 lifts and full machine shop/parts. Before starting the business with my father, I was a bartender, banker, waiter etc. My father asked what was I doing for the rest of my life and offer to partner with me in this new adventure. Read more>> 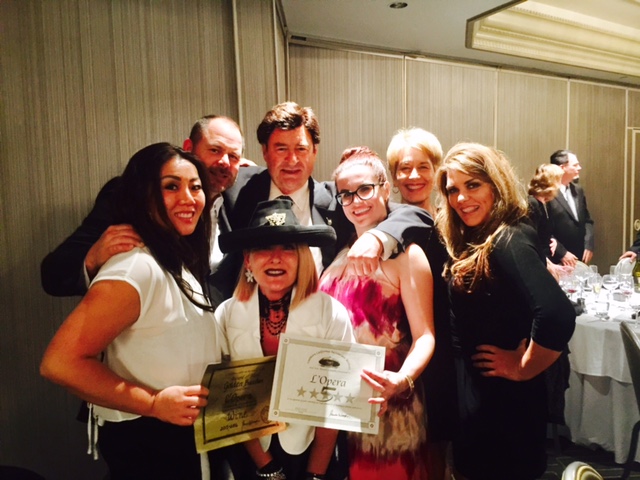 My personal story begins in 2001. Terry Antonelli (with a couple of partners) owned L’Opera, The Madison and Alegria. I began working at the Madison as a host, bartender and server, all throughout attending CSULB. Once I graduated with my BA in Communication Studies I became a manager and restaurant event planner for Trump’s golf course in Palos Verdes. About six months later I stopped by L’Opera for a drink and was offered an interview for an open management position. I loved working for the company throughout college so I thought, why not? L’Opera was close to home, felt like family, had incredible food and an impressive wine list. The fit was and still is, perfect. Read more>>