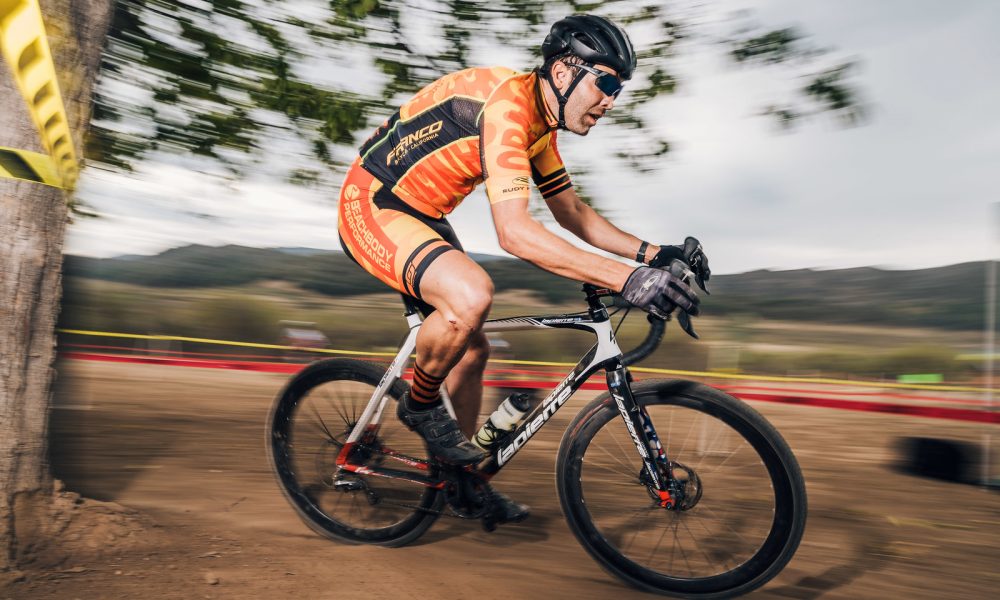 Bikes have been a passion for me since a very young age. By the age of 12 I was road bike racing and working on bikes, and even spending some time apprenticing at a local shop. I grew up in the South Bay, and this has always been an amazing place to ride. Read More>> 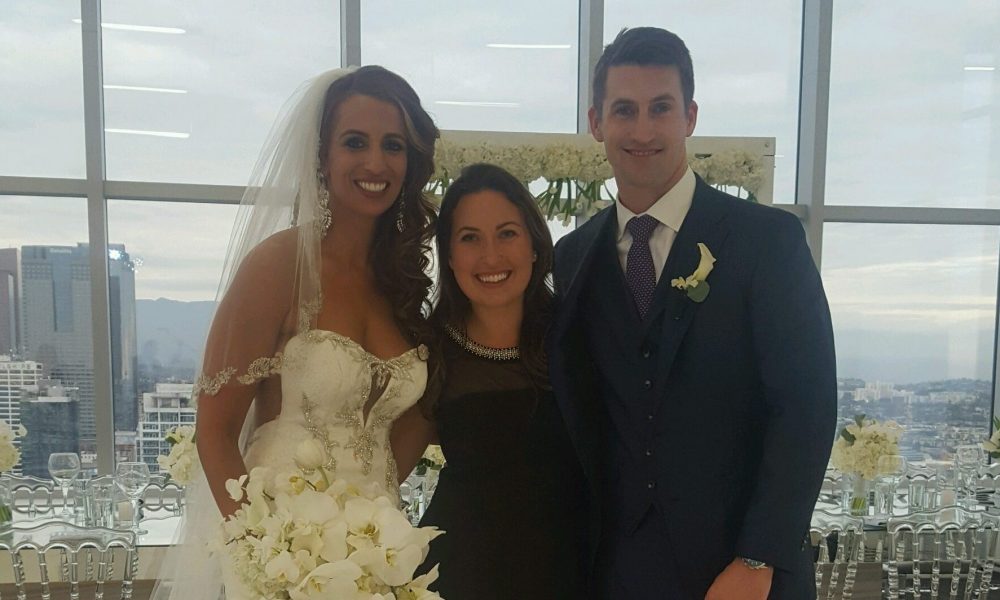 I always knew I wanted to be in a creative industry like hospitality and events. I decided to major in recreation and tourism management while at Arizona State University (ASU) and received my B.S. in 2006 and dove right into the event planning world with my first job out of college at the Scottsdale Convention and Visitors Bureau working with large scale meetings conventions and even the 2007 Super Bowl XLII in Arizona. Read More>> 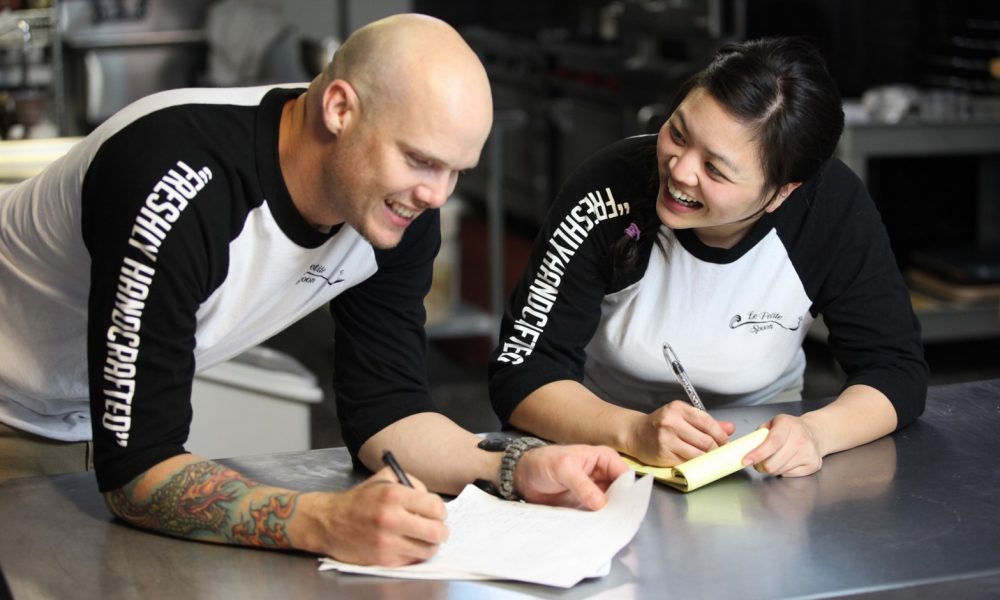 Le Petite Spoon is a boutique catering company my husband and I started together. We came from different parts of the world, but were trained in the same “old school” techniques. Our connection to each other was instantaneous, and we knew from the beginning we were going to create amazing food together.  Read More>> 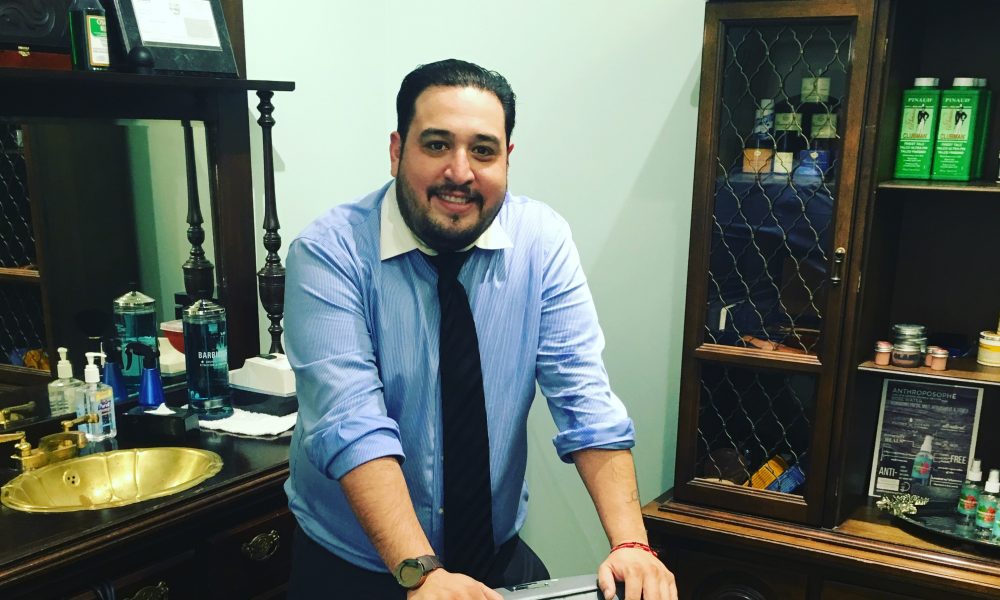 My career began at 18 years old when I walked into a barber shop owned by a family friend. As I was getting my haircut we talked about my current work situation and the barber suggested I begin cutting hair. Read More>> 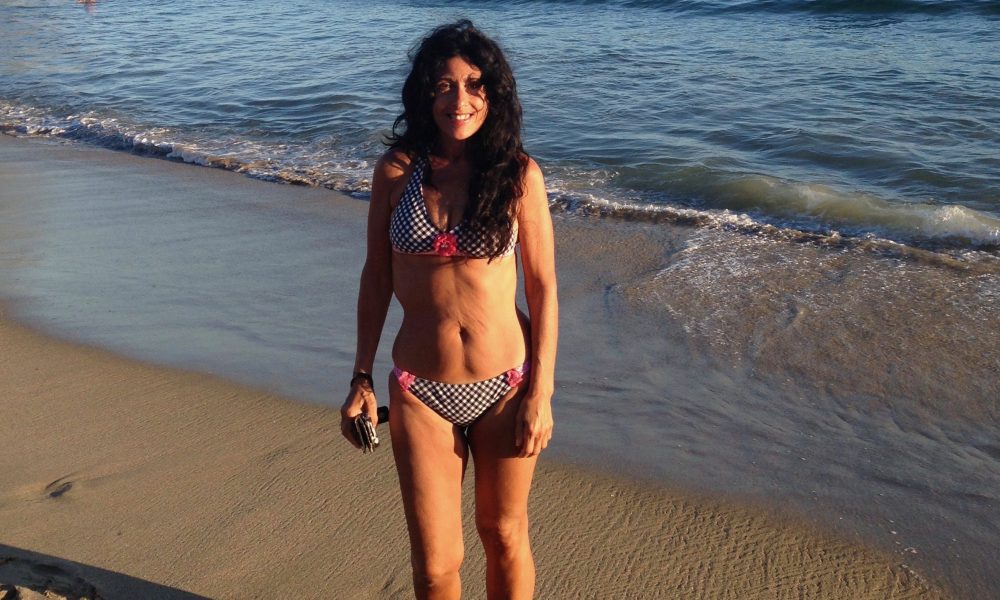 After working in NYC’s top salons, I was ready for a change…..The move to Santa Monica was a perfect choice! I worked in film editorial and television as a Hair Stylist and Makeup Artist for several years exclusively and loved every minute of it before I decided to offer my own personal service business to the general public. Read More>> 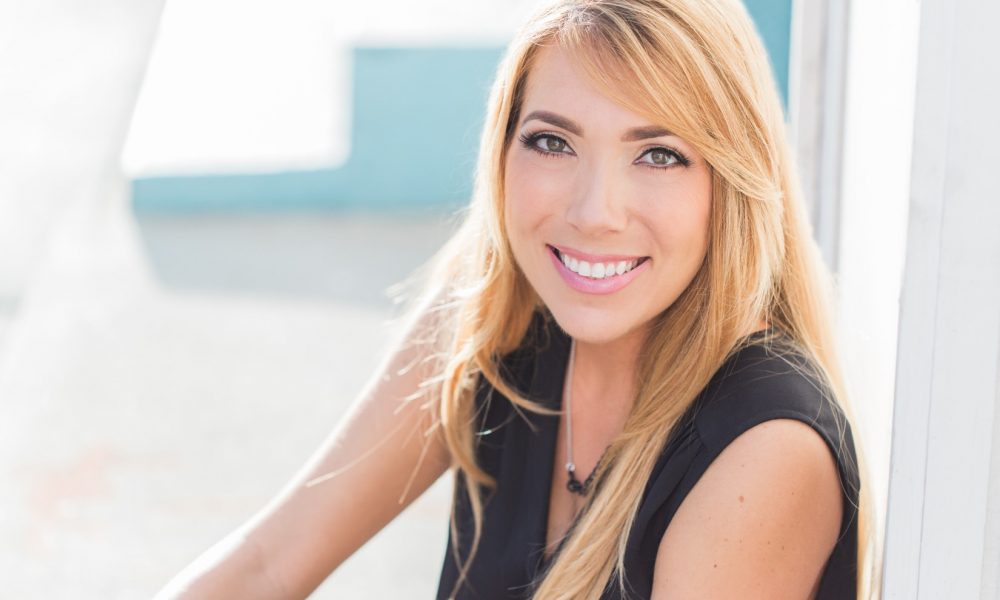 I started my career as a makeup artist working for makeup counters, my first job in cosmetics was with MAC. I then went on to work for other lines, Chanel, NARS, and Giorgio Armani. Over time I was able to build the confidence and clientele to venture out on my own. Read More>> 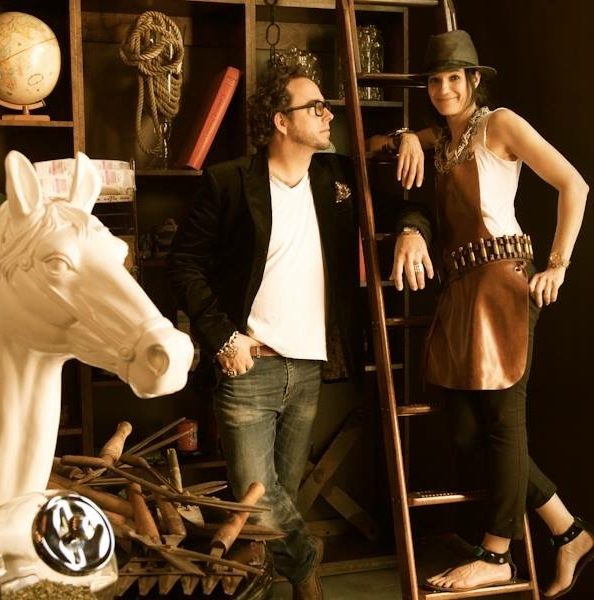 We launched our first shop in Las Vegas under the brand name BOX® back in 1999, and were one of the first niche waxing salons in the country. We quite literally started as a joke. I (Jason Goldwater) was a Copywriter banging out buffet ads for a local ad agency, and Bree was inching her way out of the restaurant industry and breaking into skin care. Read More>> 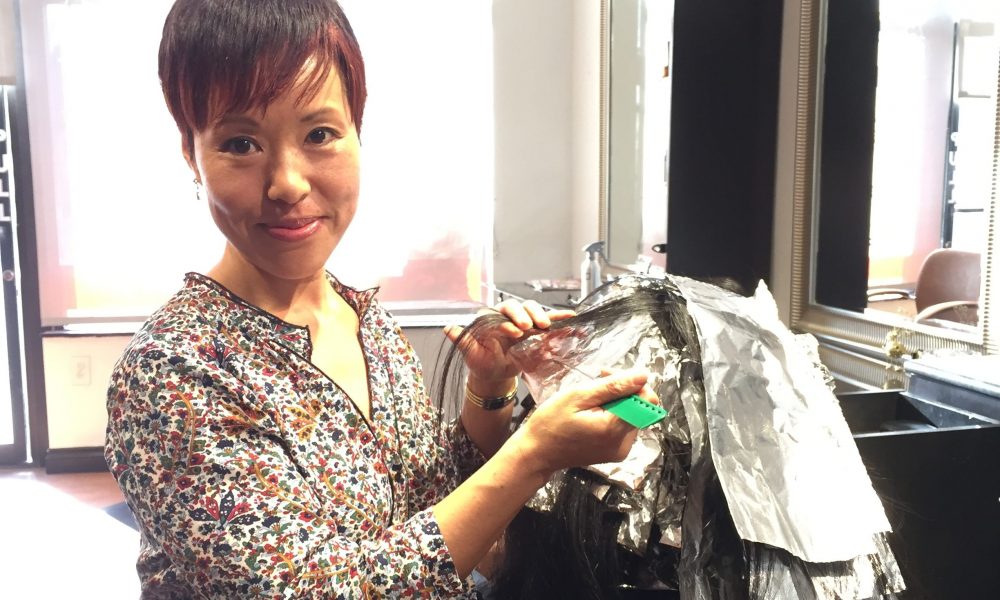 I’m originally from Tokyo Japan. I moved to America in 1994.
I have been practicing hair dressing since 2002. I absolutely love what I do, cutting and coloring hair!! I have been blessed by a great mentor, hair dresser I worked with and clients. Read More>> 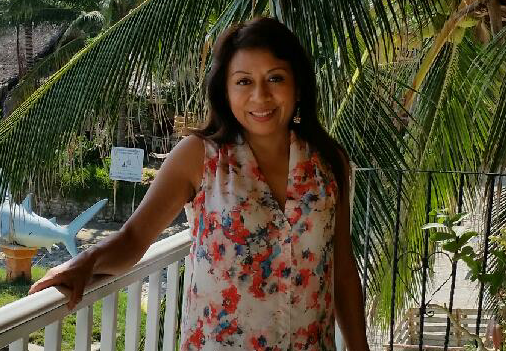 Kau’i Lani, (Kau ee lani) in the Hawaiian language it means youth and beauty from heaven, it was an idea that was born while visiting Hawaii.The hang loose attitude of the people and beauty of the islands with its luscious vegetation and their culture, so primitive while being open, loving and caring, it got a deep impression on me. Read More>> 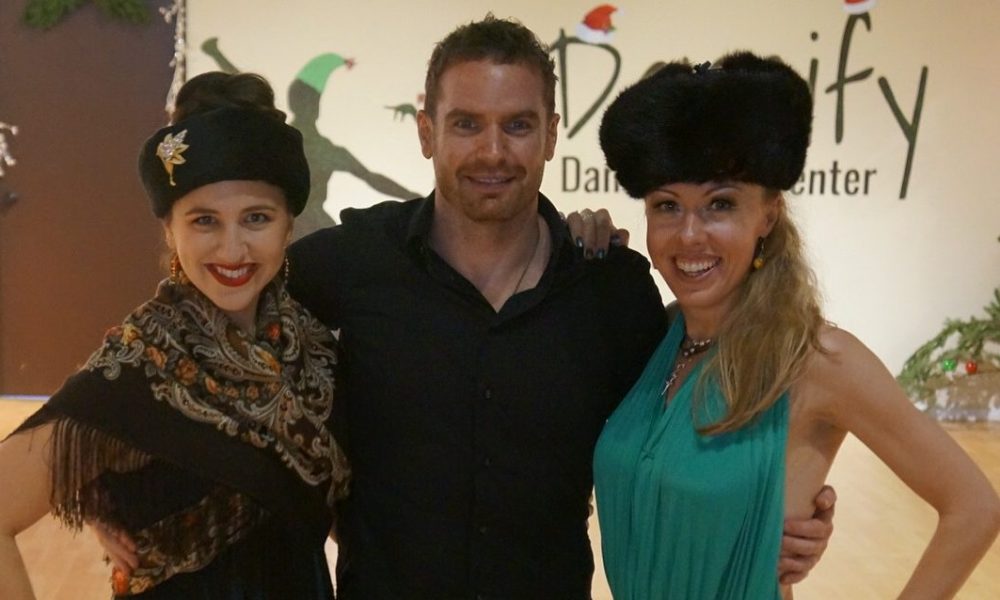 Alina Sachs, the founder of Dancify – Premier Latin and Ballroom dance studio, started dancing and competing in her hometown Saratov, Russia, at the age of 6. She relocated to the United States at 20, pursuing her career in DanceSport, teaching and competing. It all started in Boston, and eventually, the dance journey brought Alina to Los Angeles, where she created Dancify. Read More>> 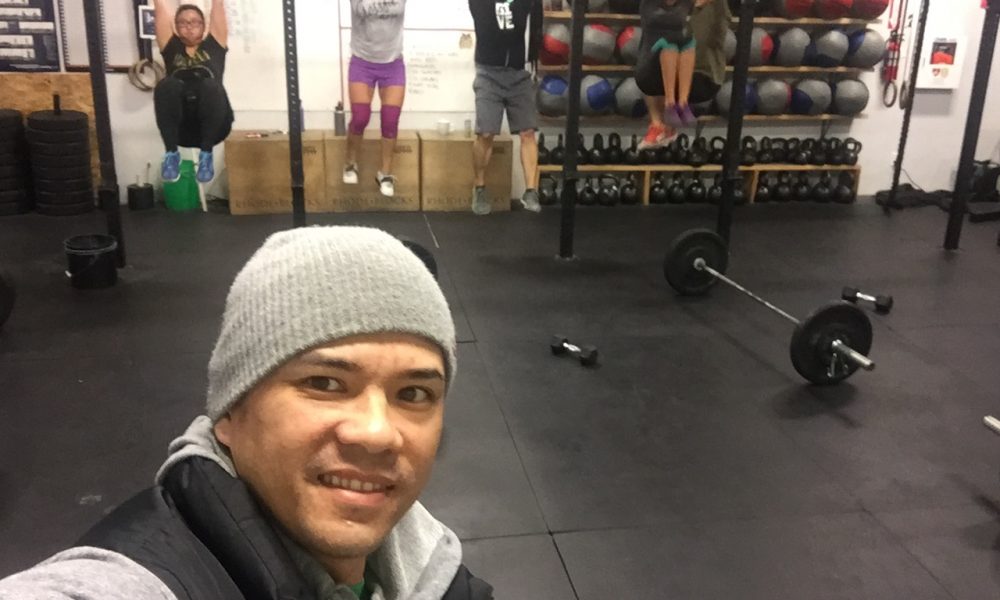 Like many before me, I was introduced to CrossFit by a friend. I went to the closest box near my home and tried out a class – and it kicked my butt. I instantly wanted more. I began to take as many as classes as I can to get better and also to learn from different coaches. Read More>> 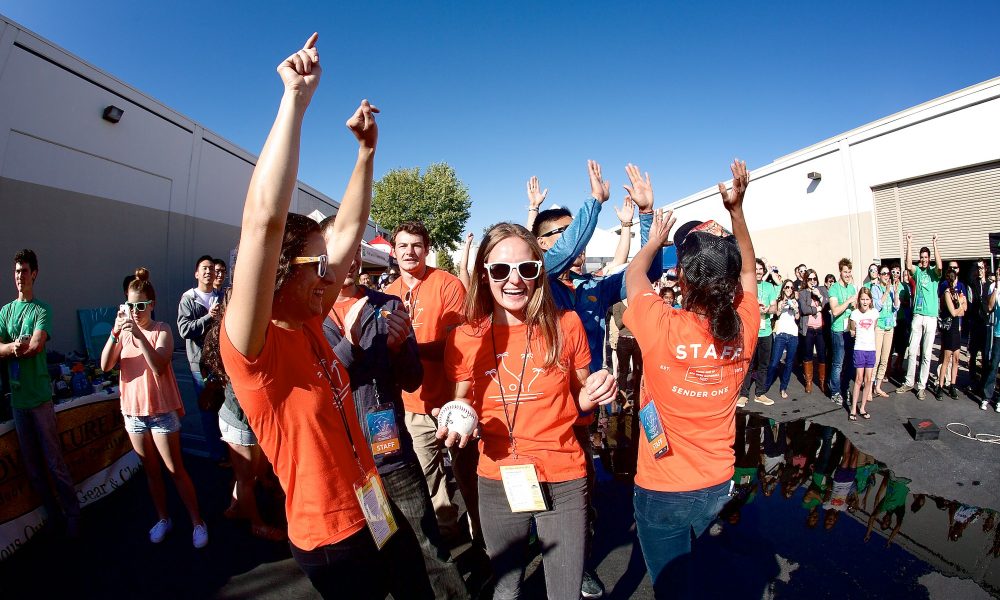 My wife, Alice Kao, and I met Wes Chu, our co-founder in 2012. Wes Chu went to elementary school with the officiant of our wedding. Wes Chu already knew he wanted to build an indoor climbing gym in Southern California. We found we had complimentary skill sets. Read More>> 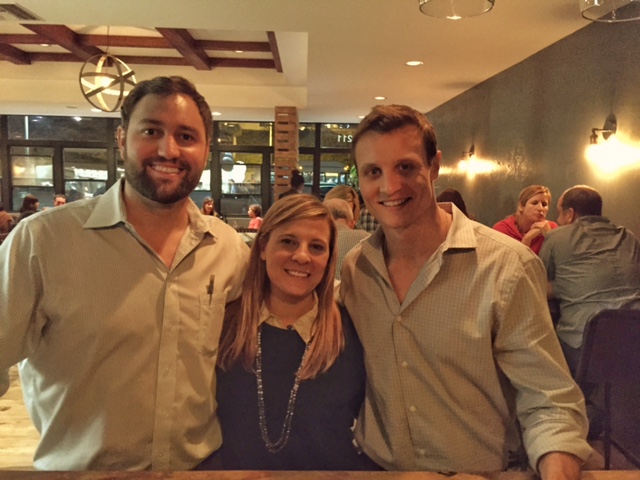 I started in the restaurant business at age 12 when my parents opened Gaetano’s Restaurant in Torrance. At Gaetano’s is where I learned everything I know about the restaurant industry. In 2010 I wanted to get an outside perspective on culinary arts, so I decided to go to Italy to learn more about the craft. While going to school, I became close friends with one of my teachers, Fabio Ugoletti. Read More>> 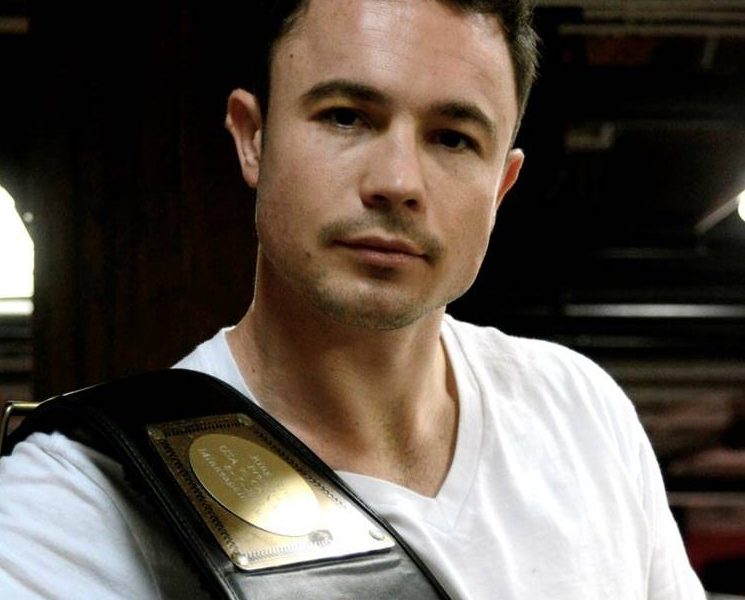 I started Karate when I was 5 years old. My Father was a black Belt and a former Amateur Boxer. I trained in various Martial Arts throughout my childhood, and when I was a teenager I began full contact Kickboxing. After winning a National Title, I earned a spot on the USA National Kickboxing and traveled internationally competing against some of the best Amateur Kickboxers in the world. Read More>> 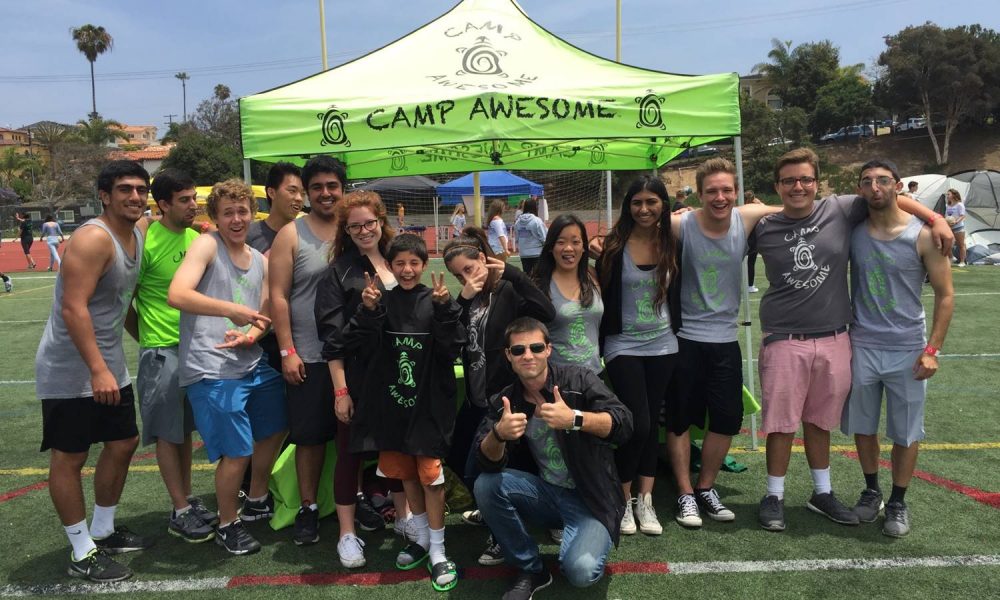 I have worked with kids all of my life. I starting working with kids right out of high school because a friend of mine worked for a small company in Manhattan Beach as an instructor helping kids with training that improved cognitive processing and motor development issues for children suffering from learning disabilities like ADD/ADHD and other processing disorders. Read More>> 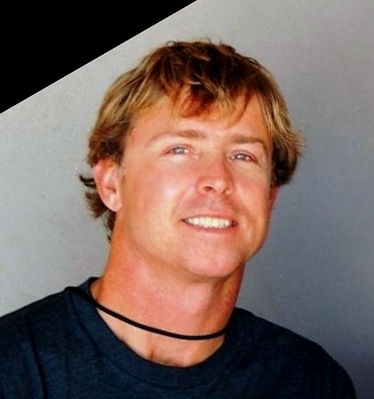 As a child, I saw an image of a south Pacific island and it changed my life. I learned later that as an alternative to a resort package, normal people could sail to amazing destinations and more completely explore islands while better connecting with local cultures. I worked my way up to captain on ocean crossing sailboats. Read More>> 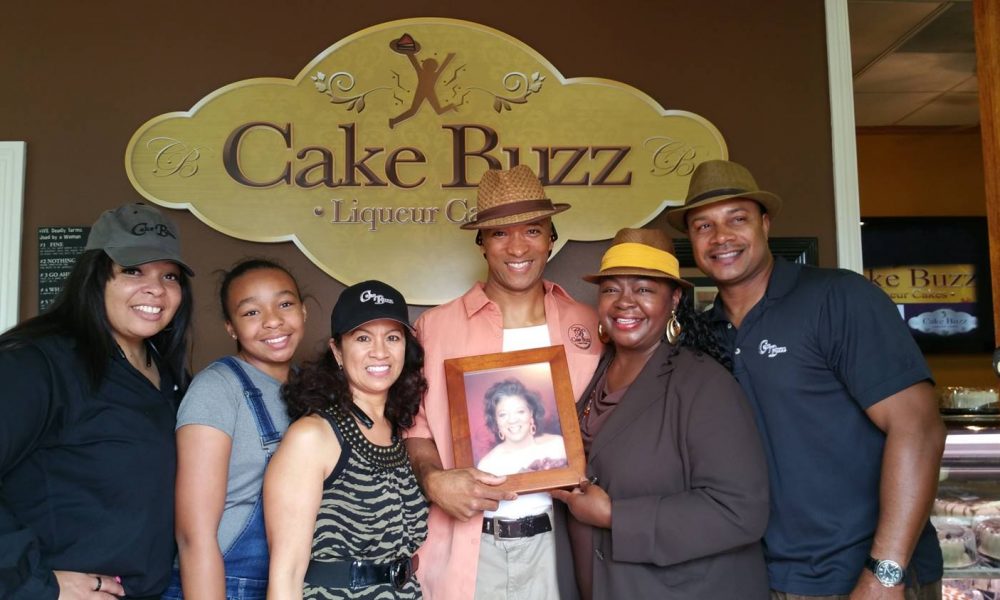 When my mom died in 2005, I took all the learned baking skills my mom taught me and created Cake Buzz. I took all of her recipes and got them drunk, like her peach cobbler is now a drunken peach cobbler,her sweet potato pie is now a tipsy sweet potato pie, her butter pound cakes are now full of your favorite alcohol, my slogan is “what’s your drink? let me cake it”. and “have your cake and drink it too!” I have over 500 flavors of liqueur cakes tipsy sweet potato pies, pecan, walnut, pumpkin and drunken peach & apple cobblers my mother’s name is Clara Belle (CB) so I used her initials CB and thought of Cake Buzz in her eternal memory. Read More>> 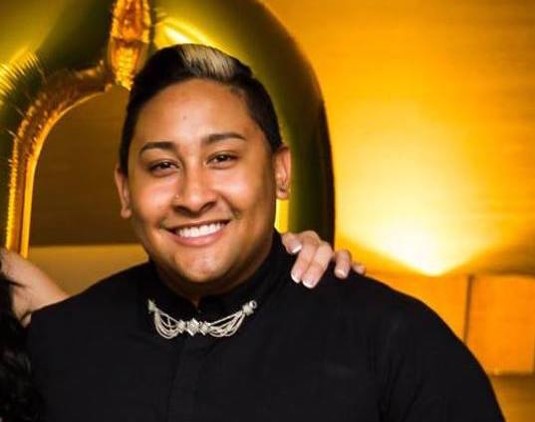 Growing up in Puerto Rico at a young age I moved back to my birth state of Arizona where I grew up Playing and participating in numerous sports; baseball, dance .soccer, cheer dance. As a teenager cheerleading and Dance became my passion. Growing up cheering in the all-star and high school industry taught me very important life lessons on dedication, commitment, and sacrifice. Read More>> 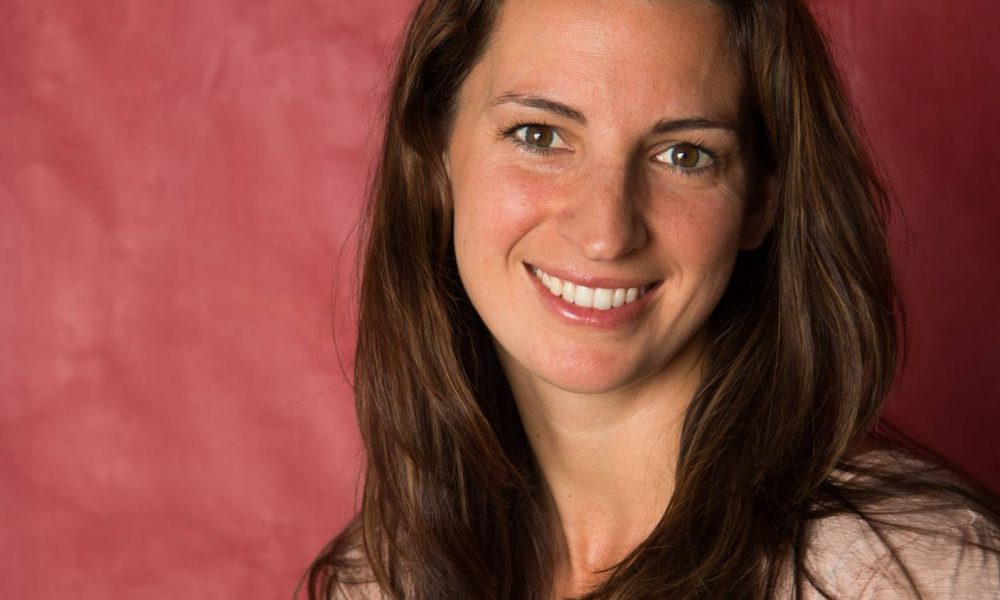 I started this business for my kids. I have four children, three boys, and 1 girl. Having been a former gymnast I encouraged my kids to try gymnastics. I had been a gymnastics coach since I was 15 and continued to coach at various gyms because I love it. Read More>> 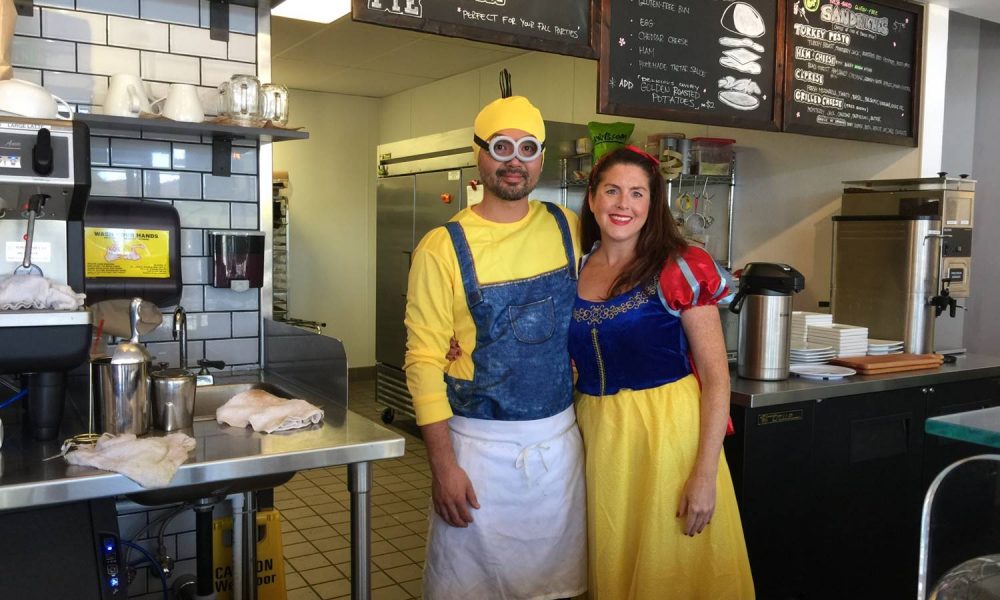 I was born and raised in Japan and, although I love my country, for as long as I can remember I have been drawn to American culture. I grew up watching American movies and listening to American music. So after graduating High School, I decided to move to the states. I was interested in pursuing a career in the arts and spent some time doing photography and filmmaking. During that time, I was also getting a lot of experience is the restaurant industry and began to enjoy that work. Read More>> 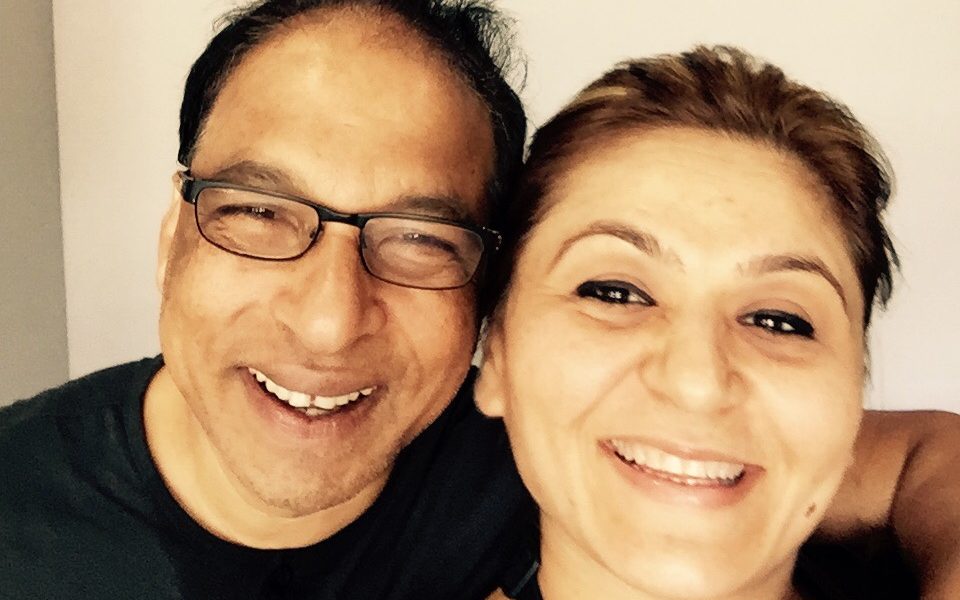 About us is simply about you! It is about bringing you sizzling Indian food packed with “Zaika” (flavor) straight from the heartland of Indian Cinema “Bollywood” to Hollywood. It is a rejuvenating way of how spice and aroma enriched Indian food is prepared, served and consumed for quick and easy satiation. Read More>> 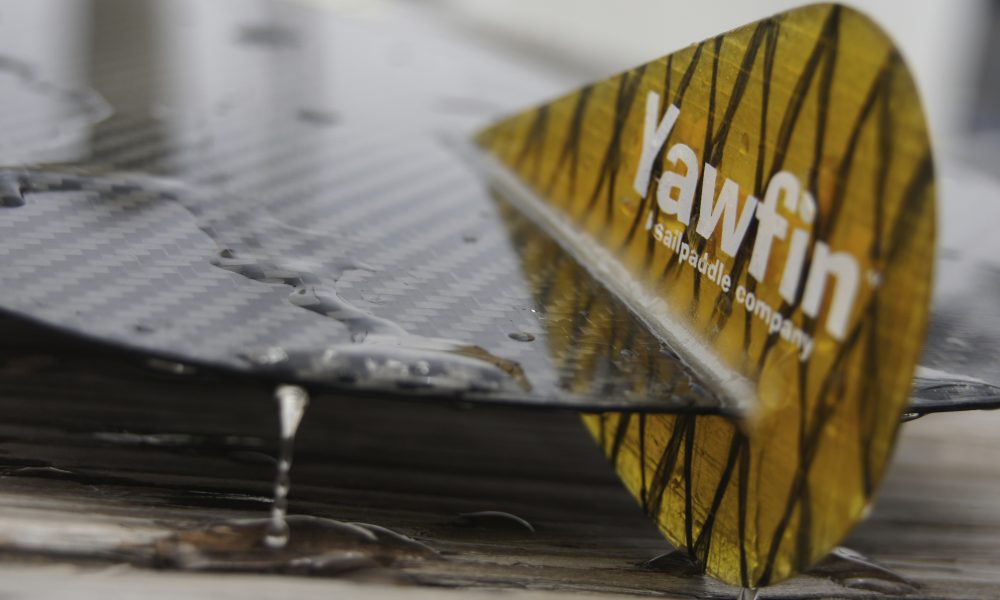 We have a family owned diving inspection business, where we build and dive our own deep diving submersibles. I have lived on a boat in beautiful King’s Harbor, Redondo Beach, California since the early 1980’s and currently live at the end of the same dock with my wife, Monica and 6 children. Read More>>