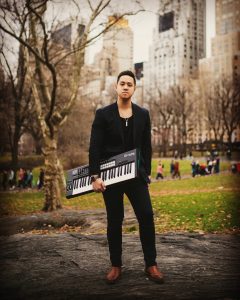 Hi ZENG, please kick things off for us with an introduction to yourself and your story.
I’m a professional pianist/keyboardist/composer/ producer/bandleader, born in New York and raised in Rhode Island. Growing up in a Chinese American family, I played classical piano for many years mostly because my parents forced me to. I wasn’t a particularly good classical pianist nor did I particularly enjoy it, but in middle school, I discovered jazz after randomly hearing this recording of Mulgrew Miller on the radio (I think the track was “If I Were a Bell”). I was hooked and became obsessed with the art form, later discovering hip-hop, R&B, neo-soul, gospel, and so many other strands of what Nicholas Payton calls #BAM (Black American Music). This was all during my adolescent years when I identified primarily as a jazz trumpeter (and mediocre classical pianist). I ended up going to Princeton for my undergrad, pretty determined to pursue and play as much jazz trumpet as possible (Freddie Hubbard, Nicholas Payton, Miles, and Roy Hargrove were all my idols), but long story short, I ended up studying philosophy and had become not only disillusioned with the jazz program but also with the instrument itself. Trumpet can be a really unforgiving instrument, and I found that my trumpet chops just weren’t good enough to express the musical ideas I wanted to get across, and I actually felt much more comfortable on the piano. And so during college, after playing a particularly bad Miles Davis “Birth of the Cool” tribute concert where my chops got completely destroyed, I quit trumpet and set out to work solely on piano.

I later moved to Philadelphia to attend medical school at the University of Pennsylvania, where I started to really immerse myself in the music scene, gigging and playing sessions all around the city. I really feel like Philly is where I got my bearings as a musician and established my identity as a jazz pianist. I’ll always have a special place in my heart for Philly, and the music scene there was really killing and super supportive, something that I think is incredibly hard to find in most cities. During this time, I found it was pretty difficult balancing medical school and music, and I realized that I really wanted to devote myself full time to music for at least a year or two, and so I applied to 1 masters program in Jazz Piano Performance, which was the Manhattan School Music (MSM), my childhood dream school. I auditioned during my surgery rotation, somehow got in with a scholarship, and so took time off after my 3rd year of medical school to attend MSM. At MSM, I got to study with some of my musical heroes, including drummer Kendrick Scott and MacArthur Genius Miguel Zenon, and I was in the studio of the amazing gospel pianist Damien Sneed, one of my closest musical mentors and friends. During my master’s degree, I was also spending a lot of time on songwriting, composing, and music production and eventually got signed to Ropeadope Records in 2020 to release my debut album as a producer and keyboardist (entitled “Loading…”). It’s been tough with the pandemic, but I’ve thankfully been able to continue working as both a keyboardist and a producer. And I’m going to be continuing my training as a neurologist and psychiatrist at NYU next year.

Would you say it’s been a smooth road, and if not what are some of the biggest challenges you’ve faced along the way?
There have always been struggles along the way, especially as a musician. I think something that has been especially difficult in my circuitous path as a musician is trying to justify all of the different career decisions I’ve made and facing judgment from people in all different spheres of my life. Switching from studying philosophy to studying medicine, and switching from classical piano to jazz trumpet and then to jazz piano, and then taking time off from medical school to pursue music, I’ve definitely been met with my fair share of incredulous stares and haters discouraging and doubting me. I think the important thing is to just keep grinding towards your vision of what you want your life to look like and to ignore all the other voices (both internal and external) telling you that you’re wasting your time. Having confidence in myself is definitely something I struggle with perpetually (and I’m sure most musicians can relate), especially because I have so many talented friends out here (both in LA and NY) killing it, and I’m always striving to get on their level. But for right now, I’m just trying to carve out my own unique, personal path in medicine and music.

Thanks for sharing that. So, maybe next you can tell us a bit more about your work?
Prior to the pandemic, I was gigging as both a bandleader and a sideman, playing and recording a bunch of different kinds of music from jazz to R&B/Neo-Soul to pop to big band music, and I felt that, at least with regards to my own stuff, I wasn’t creating the music I truly wanted to make. I just kind of got into the habit of playing the same old songs the same way and writing the same old stuff. When the pandemic hit, it was actually kind of a welcome break from performing, and it allowed me to focus a lot more on myself as an artist, songwriter, and a producer as opposed to just a pianist/keyboardist. This was pretty liberating, and I was able to start a new musical project from scratch. My latest album “Loading…” is a result of this time during the pandemic when I really hunkered down with Ableton and spent a lot of time producing and writing (and not practicing as much piano as I probably should have been, but oh well!). My goal was to create a dance music album that was heavily jazz-influenced, featuring so many of my favorite jazz musicians who are based both in NY as well as LA (including Braxton Cook, Maurice Brown, Marquis Hill, J. Hoard, just to name a few). It was also nice to have one of my songs from the album (“CNS”) be featured on NPR Live Sessions with my band.

Though there are a ton of things I would change about the album now (it’s pretty hard for me to listen to my own stuff), it represents an amalgamation of all the things I was listening to at that particular time in my life and solidified my identity as not only a jazz musician but also as a dance producer who is trying to bridge the gap between jazz and dance music. And I think that’s kind of how a lot of my musical peers view me now. And in regards to my career in medicine, I’m very much trying to bridge the gap people have in their minds between music and medicine. For me, they are both two sides of the same coin, and I think maintaining this disciplinary barrier between the two hinders the therapeutic potential and application of music to alleviate both physical and mental distress. Both music and medicine heal and both are art forms that are similar to each other not only in content but also in their practice. I’ve done psychiatry/cognitive neuroscience research at Princeton, MIT, Johns Hopkins, University of Pennsylvania, Yale, and Mt. Sinai, and some of the projects I’ve been working on most recently have been focused on how understanding music can be a window into understanding cognition and also how music can be used a targeted therapeutic tool for psychiatric/neurologic illness. I hope I can continue to straddle this line between music and neuroscience in the future.

We’d love to hear about how you think about risk taking?
I already mentioned the risk that comes with changing your career trajectory and how I’ve definitely felt at multiple times in my life that I might be making a mistake (whether that was switching my primary instrument or taking time off from medical school), but I think that maybe the biggest artistic risk I’ve taken has been with this new album. As I mentioned before, most people in the scene have known me as a pianist/keyboardist who plays jazz and R&B/neo-soul, but I honestly did not want to put out a traditional jazz or neo-soul album as my debut project because I didn’t think it represented who I was at the time. During the last few years, I got heavy into listening and producing jazz-funk influenced dance music (influenced by people like Kaytranada, Anderson Paak, Young Franco, Snakehips, Channel Tres, Goldlink, Tom Misch, and so many more) and that was really the sound and aesthetic that I was hearing in my head and that I desperately wanted to get out. I also wasn’t really hearing many jazz musicians in my generation trying to make dance music and taking dance music production seriously. I just felt (and still feel) that there is so much untapped potential at this intersection. And so when I signed to Ropeadope Records, I took the risk of making and producing an entire album of dance music featuring some of my favorite jazz musicians and homies. I fully expected the jazz world to crap on it and no one to listen to it, but I did it anyway, and it’s been surprisingly well-received. I think taking that first step outside of my comfort zone as a “jazz” musician has been really vital to my development as an artist, and I encourage anyone who is hesitant about changing their musical direction to just go for it if that’s what they really want to do. 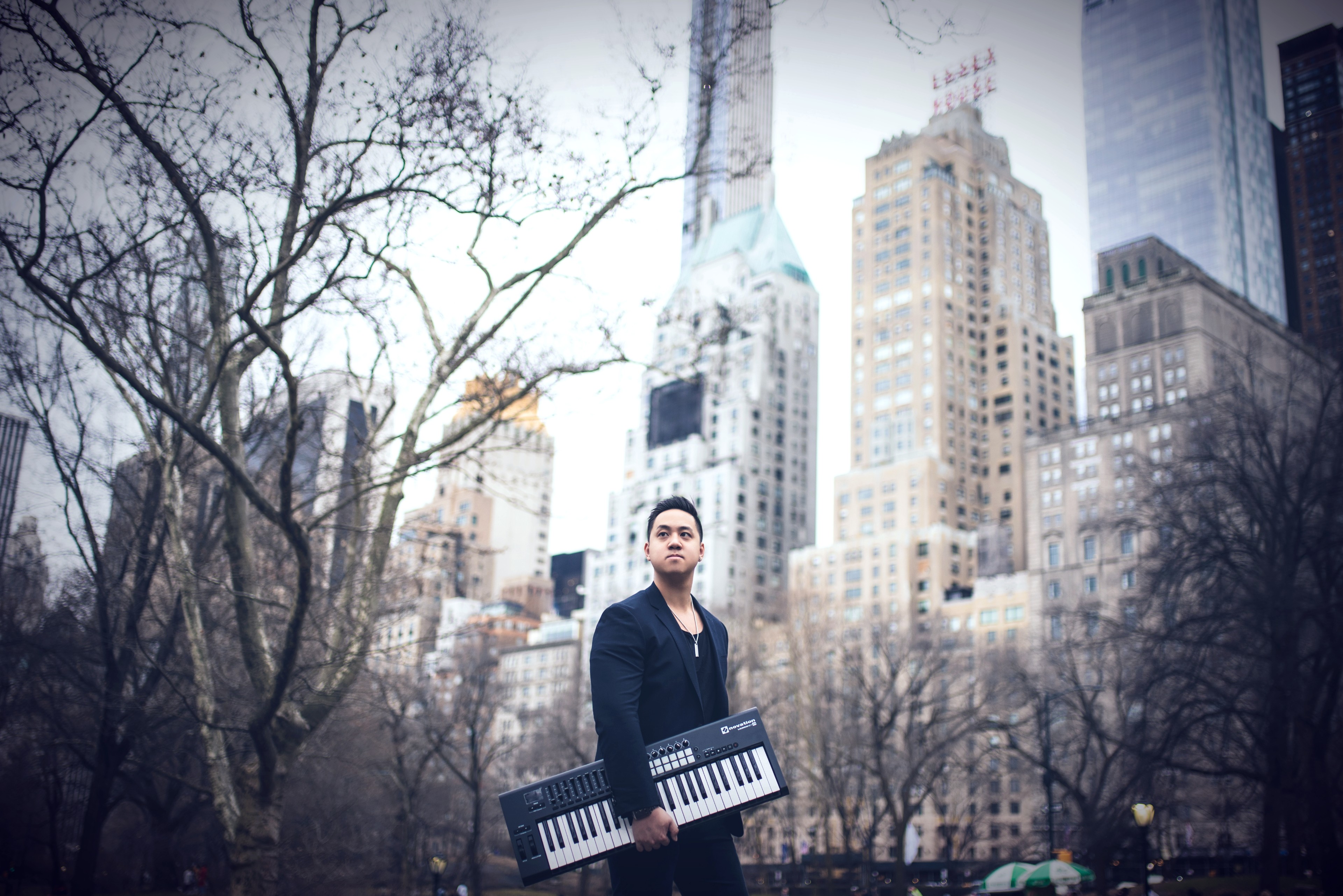 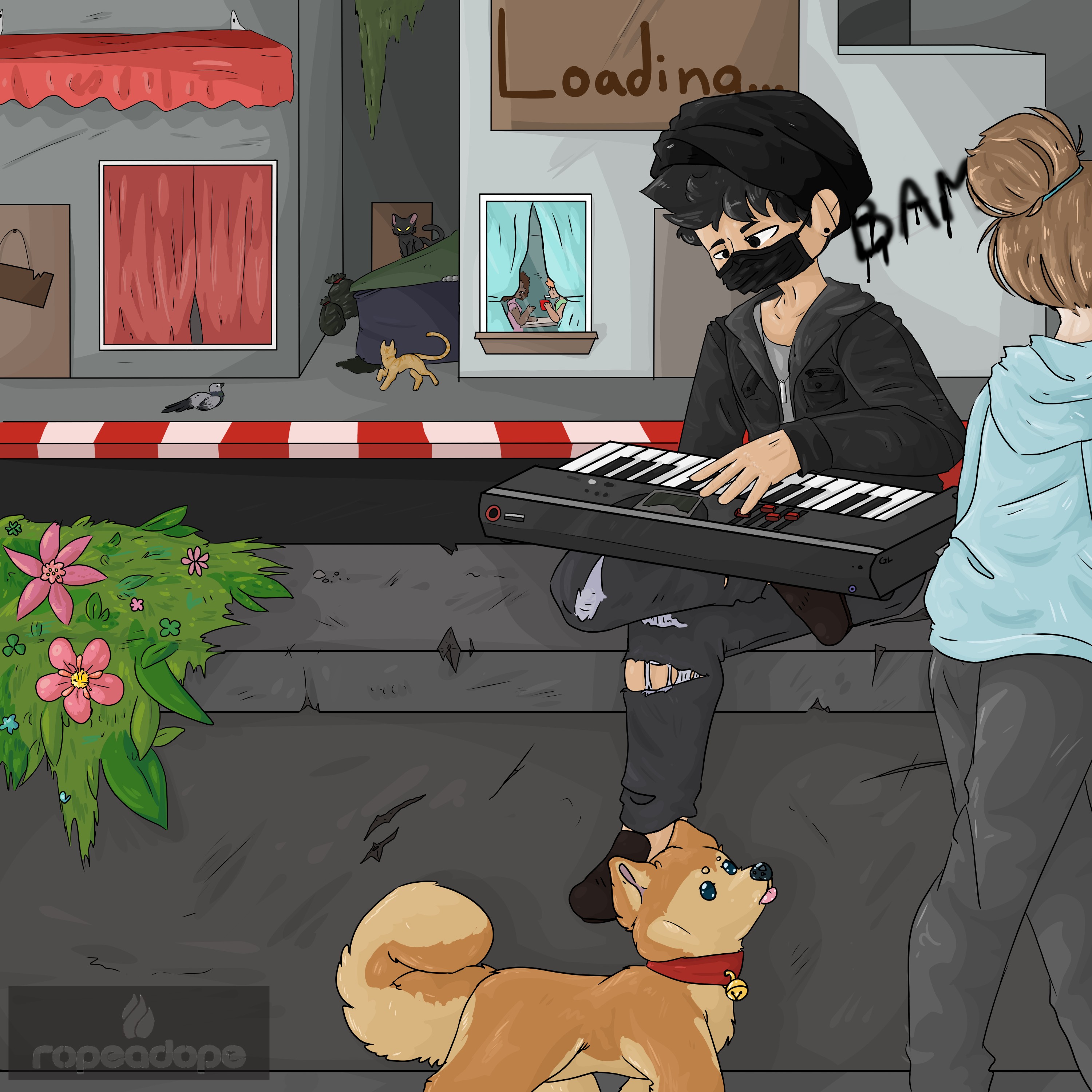 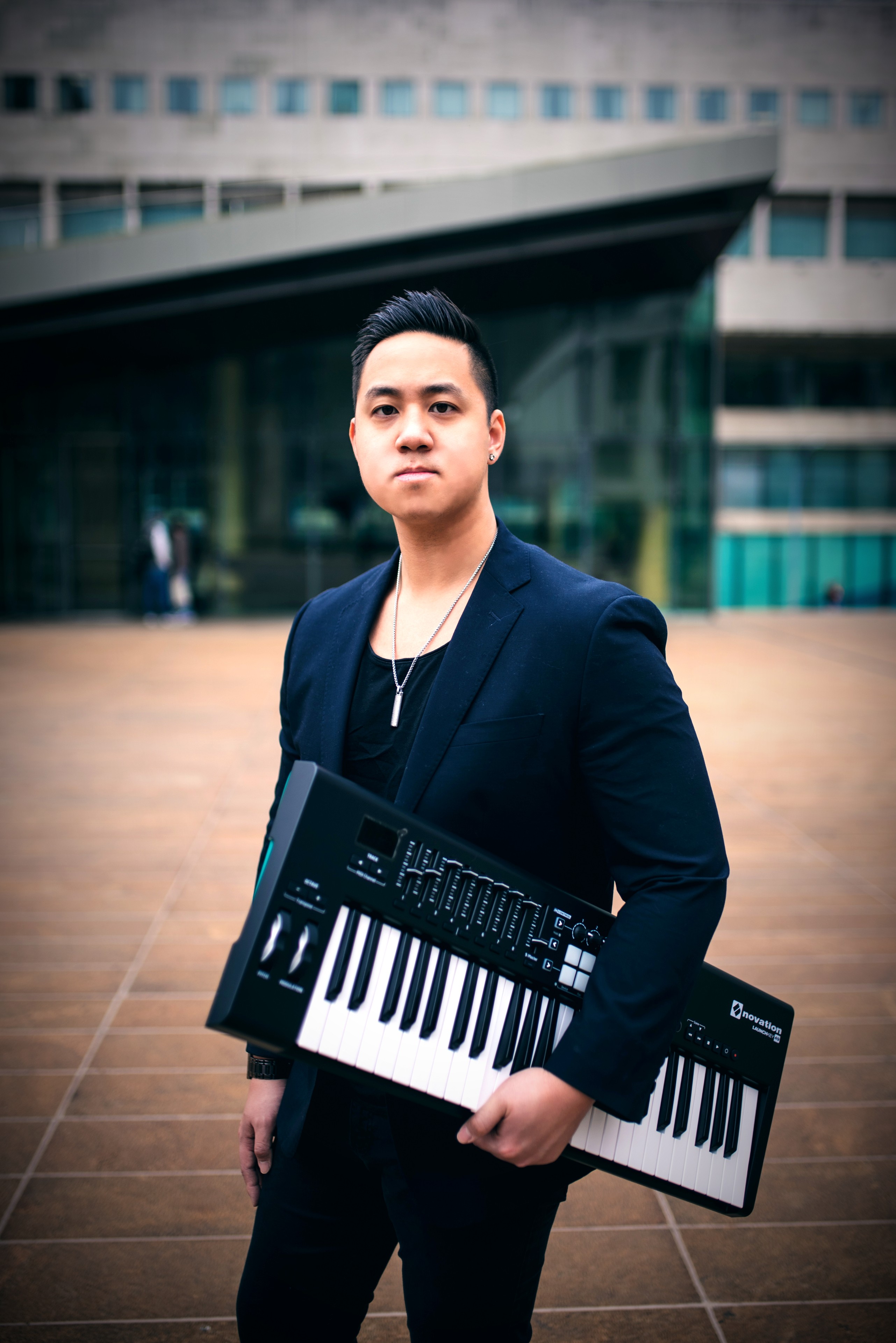