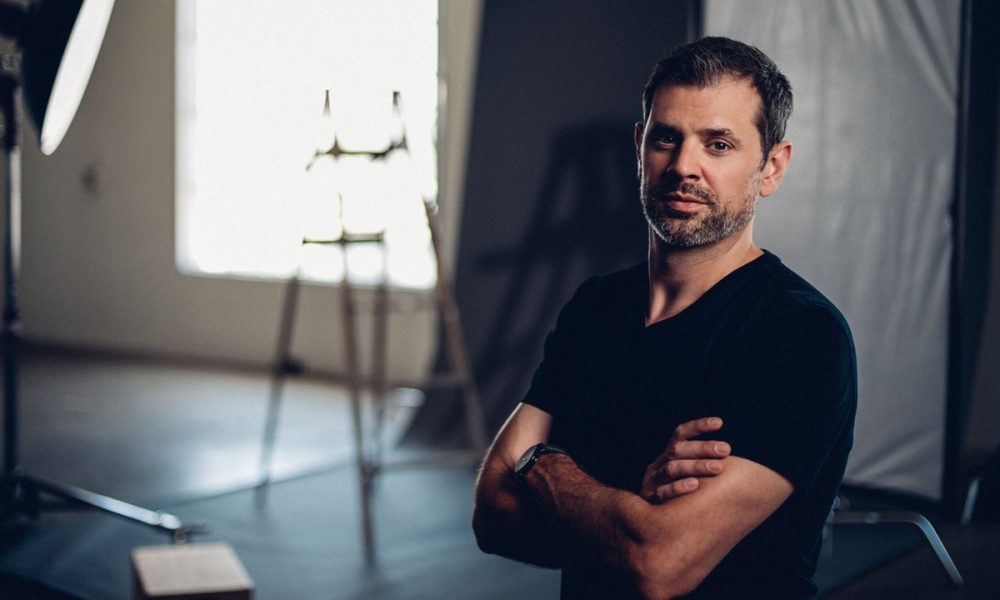 Today we’d like to introduce you to Zach Jordan.

Hi Zach, thanks for sharing your story with us. To start, maybe you can tell our readers some of your backstory.
My professional career started in San Francisco where I worked in the start up space as a content creator and as a freelance voiceover artist. This was during the dot-com bubble and the very early days of online video. It was the first time I felt like my passions for filmmaking and technology might get me somewhere. When the bubble burst, I moved to Los Angeles and threw myself into all kinds of projects.

As a producer, I’ve created digital content and strategy for hit TV shows, “American Idol”, “The X Factor”, and “So You Think You Can Dance.” I’ve created and developed video content experiences for major brands like Coca-Cola, Levis, Hasbro, Microsoft, and AARP. As a documentary filmmaker, I directed, co-wrote and co-produced the award-winning “Carpe Kilimanjaro: An Alzheimer’s Story”, which gave way to The MyAlzheimers Story Project. In 2019, we partnered with AARP and The Penn Memory Center, drove across America, and collected stories about brain health, mental health, and aging. We’re on a mission to raise awareness and help support dementia research, one story at a time.

Can you talk to us a bit about the challenges and lessons you’ve learned along the way. Looking back would you say it’s been easy or smooth in retrospect?
Smooth roads don’t make very good stories. When I first moved to LA, I didn’t really know anyone, so I worked myriad odd jobs to get myself out there. During the day, I worked a retail job selling computers and at night, I would shoot comedy sets and red carpet events. On weekends, I’d shoot films and take classes. I drove a car that broke down almost weekly. When you’re first starting out, the hours are long, the pay is low, and sometimes it’s a struggle to find the inner strength to continue, especially in the face of repeated rejection.

Nobody ever makes it alone. Fortunately, I had a few folks who helped me on my journey. All you need is that one person in your life who really believes in you and will go the extra mile to make an introduction or connect you with someone who can open a door. One day I was selling computers to Rutger Hauer and the next, I’m in Dutch Harbor, Alaska filming “Deadliest Catch.” Every opportunity has the potential to help level you up. Don’t quit.

When I lost my dad to Alzheimer’s a few years back, I became obsessed with brain health and helping others who may find themselves on a similar journey. Our story plays such a critical role in our wellbeing and it’s really encouraging to see science become so passionate about how story can benefit and strengthen the connection between our mind and body health. Today, I’m always asking myself: how can I use my skills as a storyteller to help raise awareness and shatter stigma?

As you know, we’re big fans of you and your work. For our readers who might not be as familiar what can you tell them about what you do?
I’m most proud of The MyAlzheimers Story Project. About 50 million people worldwide have some form of dementia and Alzheimer’s is the most common form of this brain disease. This journey for us started when I lost my Dad to Alzheimer’s and we created the film “Carpe Kilimanjaro”, which is now available to view on Amazon. From there, we set out to collect other peoples’ stories in an effort to show the breadth of this disease and shed light on the nuances and complex issues around Alzheimer’s, brain health, and aging.

The mission of our project is simple: Through the power of story, we help raise awareness, amplify local advocacy efforts, provide actionable information for families, and equip the scientific community with that extra layer of human data that’s so critical to understanding and developing effective treatments. In June of 2019, we created the #MyAlzRoadtrip. We partnered with the Penn Memory Center, were sponsored by AARP, and we drove across the United States, visiting seven American cities, from Los Angeles to Philadelphia. The library of stories from this trip help support the dementia community and researchers at Penn.

We believe in the promises of precision medicine to help us all live more healthy lives. We think story plays a significant role. This project is our small contribution to the larger effort to understand brain health.

What do you like best about our city? What do you like least?
There is so much to like, it’s hard to choose. I really like that you can be swimming in the ocean or hiking the mountains, in a matter of hours. And even in a post-pandemic world, LA will remain a major hub for business, tourism, and endless possibilities. Now about that traffic… 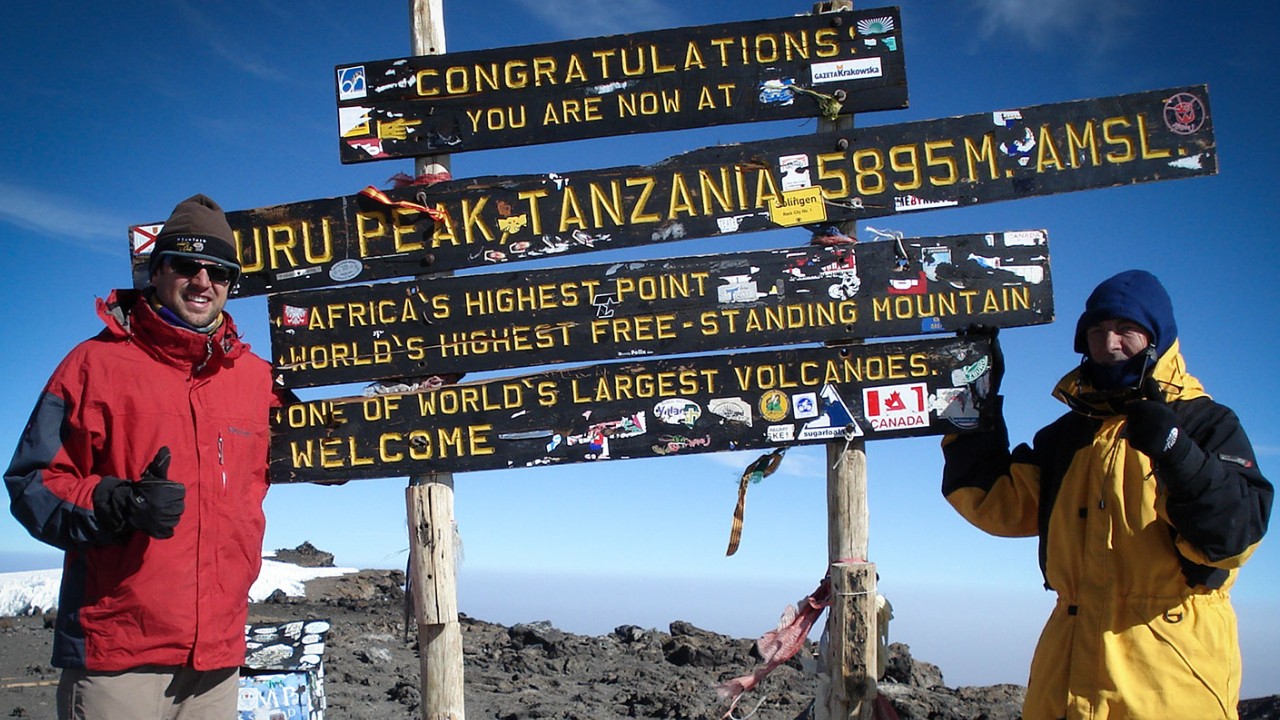 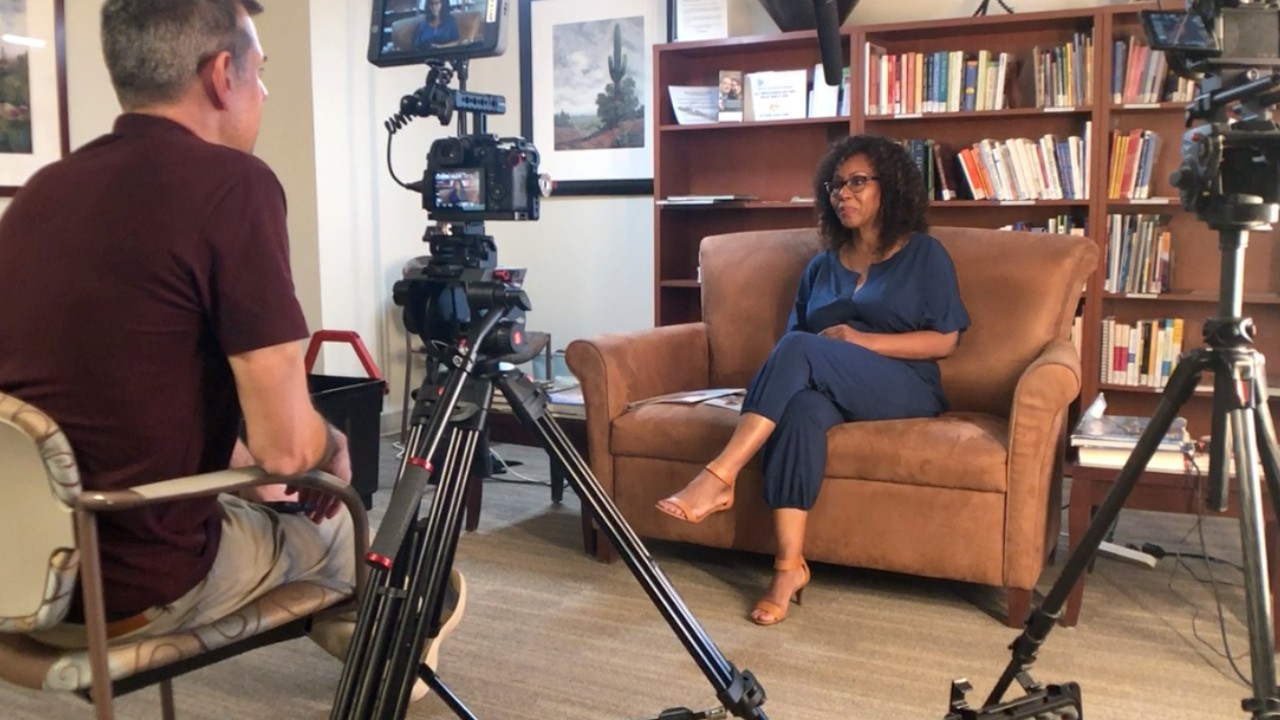 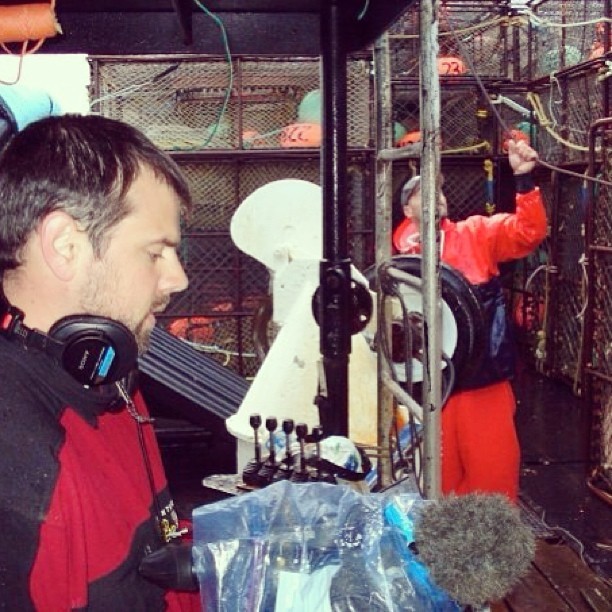 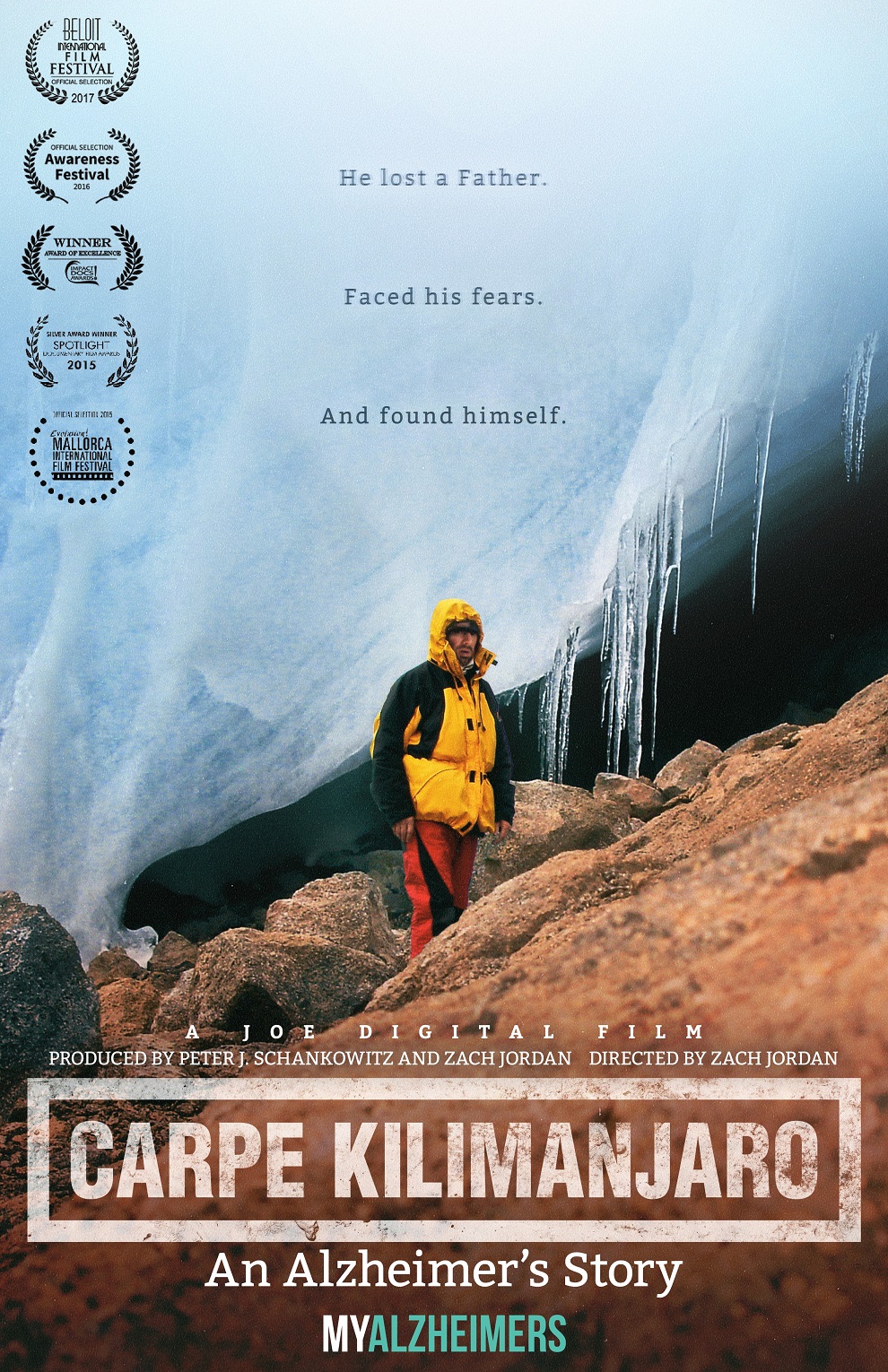 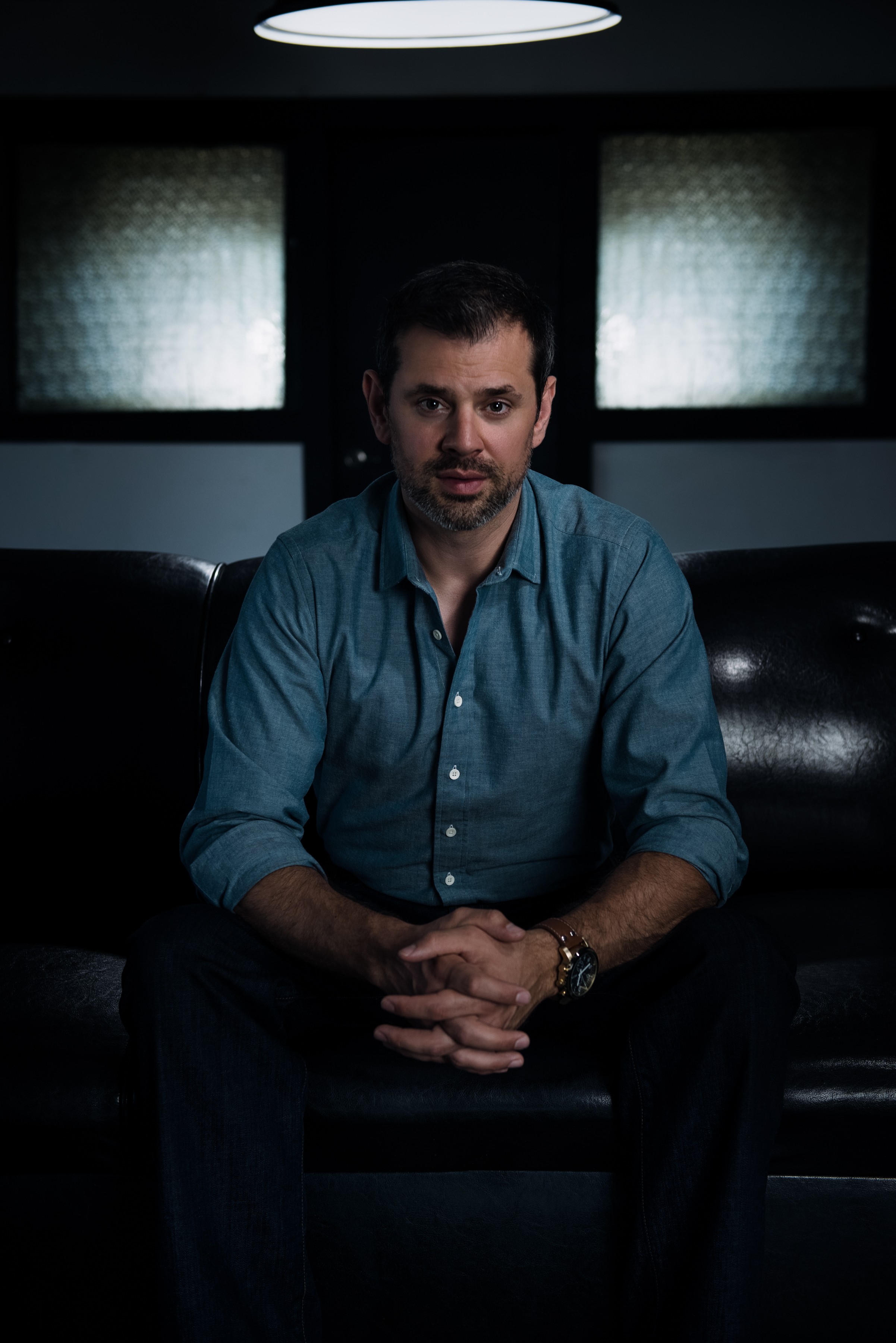 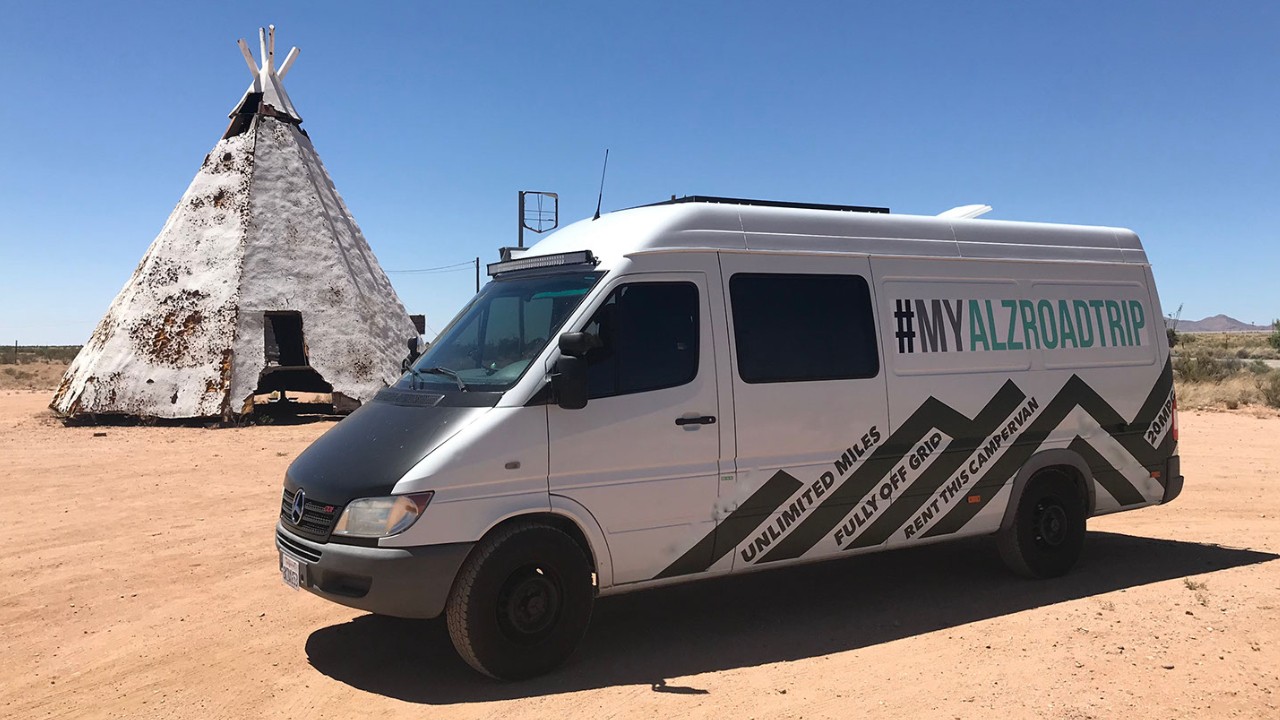