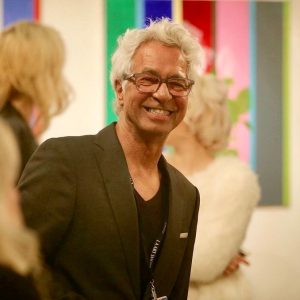 Today we’d like to introduce you to Yossi Govrin.

Artist Govrin is an artist with a diverse cultural background who has exhibited both nationally and internationally for his multimedia work including hemp and cement sculptures, bronze sculptures, paintings, photography and film. Originally from Israel and having studied at the Bezalel High Academy of Art and Design, Jerusalem, Israel, Govrin is a US citizen and works and lives in Los Angeles for the past 40 years. He has received notable commissions for monuments, his artwork is in private collections and has also been featured in several movies like Iron Man III, Fast and Furious 7, A Perfect Murder, Multiplicity and more. Govrin has also founded two large scale art centers and several art galleries, including the Santa Monica Fine Art Studio, the Santa Monica Art Studios, Arena 1 Gallery, Hangar Gallery North and Hangar Gallery South art leader. Art leader His unique ability to foster relationships and collaborations is evident from his scope of interaction with a wide range of high caliber curators from universities, museums, art institutes, public figures, established artists and emerging talent. Govrin lost his business from what appears to be a corrupt process by the City of Santa Monica and the Santa Monica Cultural Affairs. They took over Govrin’s successful business of the Santa Monica Art Studios, with his artists and infrastructure, and awarded what he had created to a new management. Govrin founded MAXIMA Art Initiative to continue with his work in supporting the arts community from this devastating blow by the city to usurp his life’s work.

As the founder, President and Director of Santa Monica Art Studios and Arena 1 Gallery, Govrin was awarded the Creative Community Innovator Award for Arts Leadership Award by the Santa Monica Arts Foundation in 2014 presented to him by the mayor of the City of Santa Monica, Pam O’Connor. He was also awarded the California Legislature Assembly Resolution honoring Govrin and the Santa Monica Art Studios as a highly valued entity in the state of California 2015 presented by State Assemblyman Richard Bloom. Govrin is a member of the Americans for the Arts, the nation’s leading organization for advancing the arts and arts education with a strong commitment to cultural equity. Visionary Govrin developed and cultivated his vision of an arts center to support and promote multi-disciplinary artists with the inclusion of the Santa Monica community and Los Angeles in raising arts awareness, providing artist opportunities and conceiving and establishing an art space for a reputable and professional arts center to thrive from the Santa Monica Fine Arts Studio in 1985 to the Santa Monica Art Studios from 2002 to 2019. The Santa Monica Art Studios combined state-of-the-art studios, exhibition areas, and lectures located in the heart of the Santa Monica Airport in a historic 22,000 square foot hangar with exposed metal beams and aged patina that he found and built from a pigeon infested hangar with no plumbing, electricity or water to a beautifully stunning art center with 36 artist studios and three galleries. Arena 1 Gallery is a 2,400 square foot exhibition space to provide for open dialogue among international cutting-edge artists and curators and serves as a catalyst and tool for the art community. Hangar Gallery North and South are unique exhibition spaces at the Santa Monica Art Studios designed to showcase tenant artists, emerging artists, community artists and events that foster exploration of culture and the art.

I’m sure you wouldn’t say it’s been obstacle free, but so far would you say the journey have been a fairly smooth road?
With the privilege to create art comes obligations to create meaningful work. Every element in making art is challenging but rewarding. As a multi-disciplinary artist, I create bronze sculptures, oil paintings, cement, etc. Some of the more challenging work has been creating monuments for prominent figures such as Israel’s late Prime Minister, Rabin, a monument placed at the site of his assassination and another monument in honor of Donald Douglas placed in front of Santa Monica Museum of Aviation. After several years as an artist, I decided to build a cultural center that included 29 artist studios and three galleries. My cultural center became a mecca for both artists and the community, I conducted exhibitions on a national and international level involving many other countries. My organization also hosted lectures for artists and scientists and provided a space for non-profit organizations that assisted the disadvantaged in our society. Unfortunately, as the story goes with both artistic hubs and entrepreneurial ventures, the local government smelled the success and swooped in and grabbed what was built out of passion. We have seen this happening both in New York, London, San Francisco and currently in Santa Monica.

Thanks for sharing that. So, maybe next you can tell us a bit more about your work?
I am one among the many and the first in line 😉 . I love creating, it is the action of making something out of nothing. The purest idea fall is the idea itself, thereafter the artist strives to bring that idea to life, but that is hardly ever the case; then come your artistic intuition to create with conviction to accomplish the artwork. The artwork created is a manifestation of our values, moralities, and convictions. I am proud of my monuments, especially the monument in honor of Prime Minister Rabin as I found him to be one of the most amazing leaders of our time. I am proud of my bronze sculptures, my paintings and an artwork series called Nightwatch. Many of my art pieces have been featured in movies, tv series and magazines, I believe the process of creating is most rewarding but it is always nice to be recognized.

Risk taking is a topic that people have widely differing views on – we’d love to hear your thoughts.
Risk is a frame of mind and at times, it is motivated by necessity. I have established two cultural centers from the ground up, provided hundreds of events and exhibitions on a national and international level and promoted hundreds of artists. Each artist is a risk 🙂 As a director of the two organizations, I have had great responsibilities, among them strategic thinking, scheduling of events and exhibitions, as well as contact with curators from several countries and as such, it is important for me to create a cohesive and dynamic environment that is fluent and meaningful. Currently, I am the executive director of Maxima Art Initiative, a platform of art organizations that advise and provide opportunities for artists. Maxima also engage in constructive dialogue with other organizations as well as cities as a consultant. https://www.maximaartinitiative.com/ Creating art has its own dynamic and within the risk of accomplishing meaningful art. It is always innovative, critical, and challenging. At times our society may have a different reflection of our work and this comes with the territory. Artists should refrain from providing art that suits the audience and be truthful in their own expression, with this comes risk-taking as it becomes very personal and may not appeal to the general public. 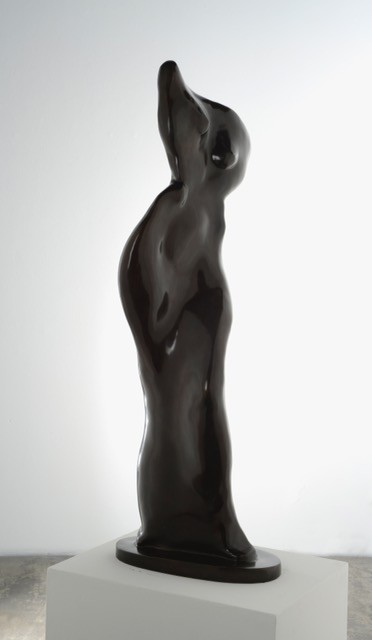 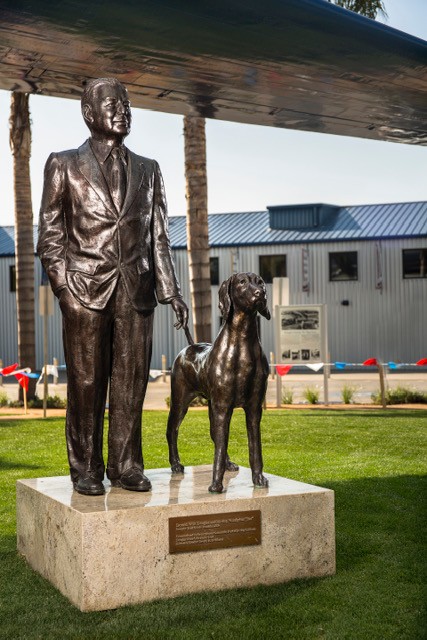 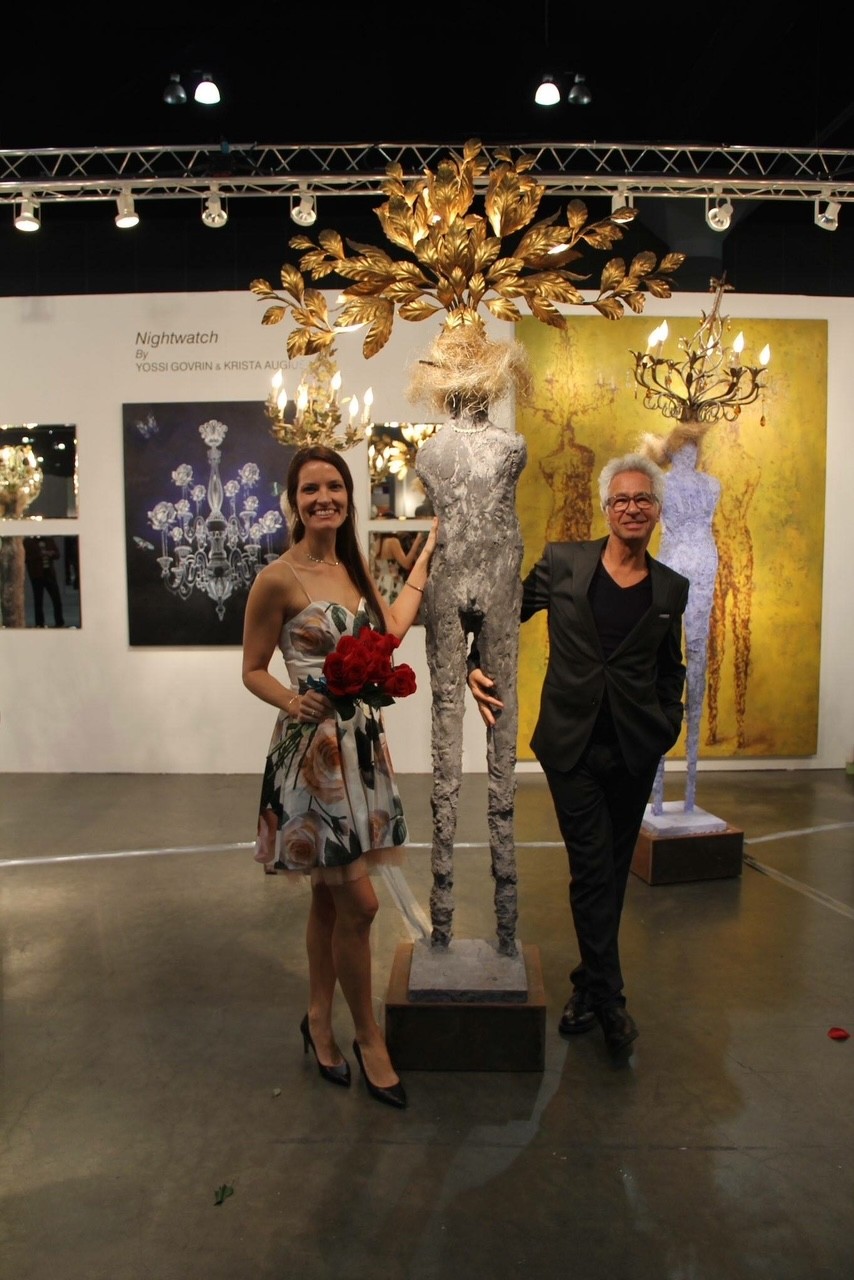 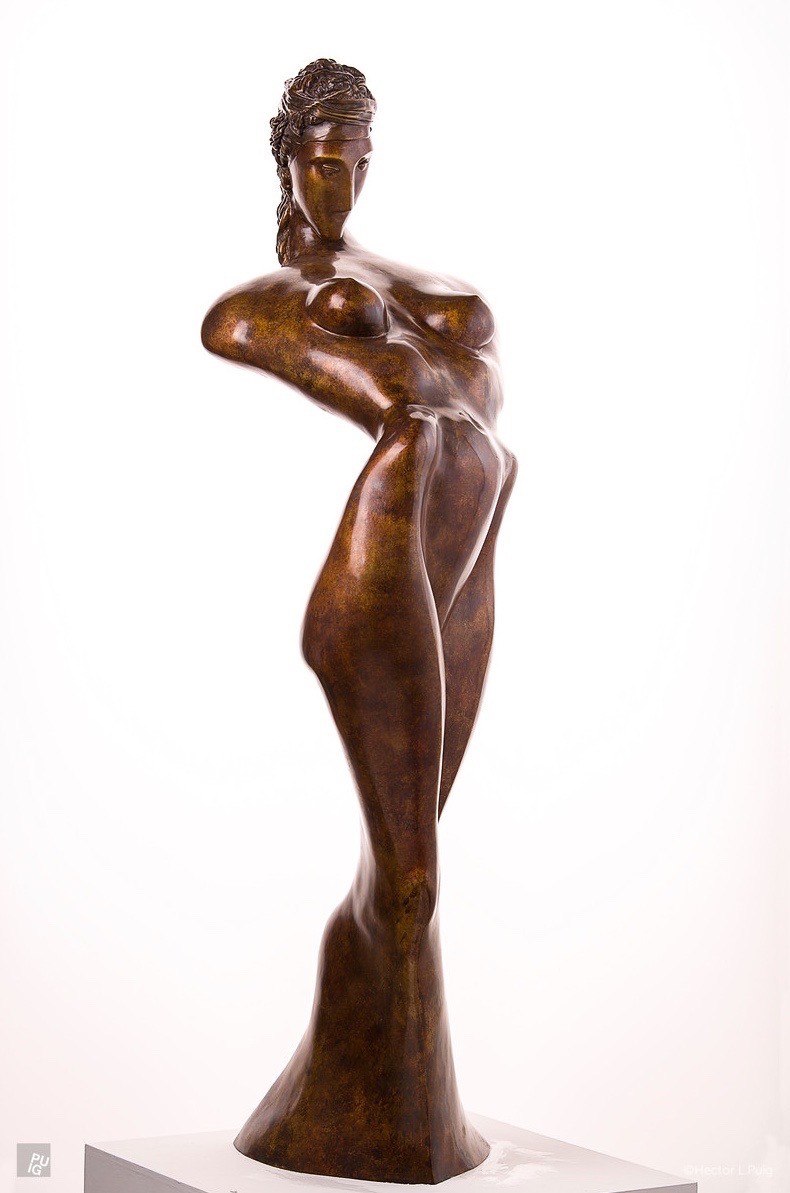 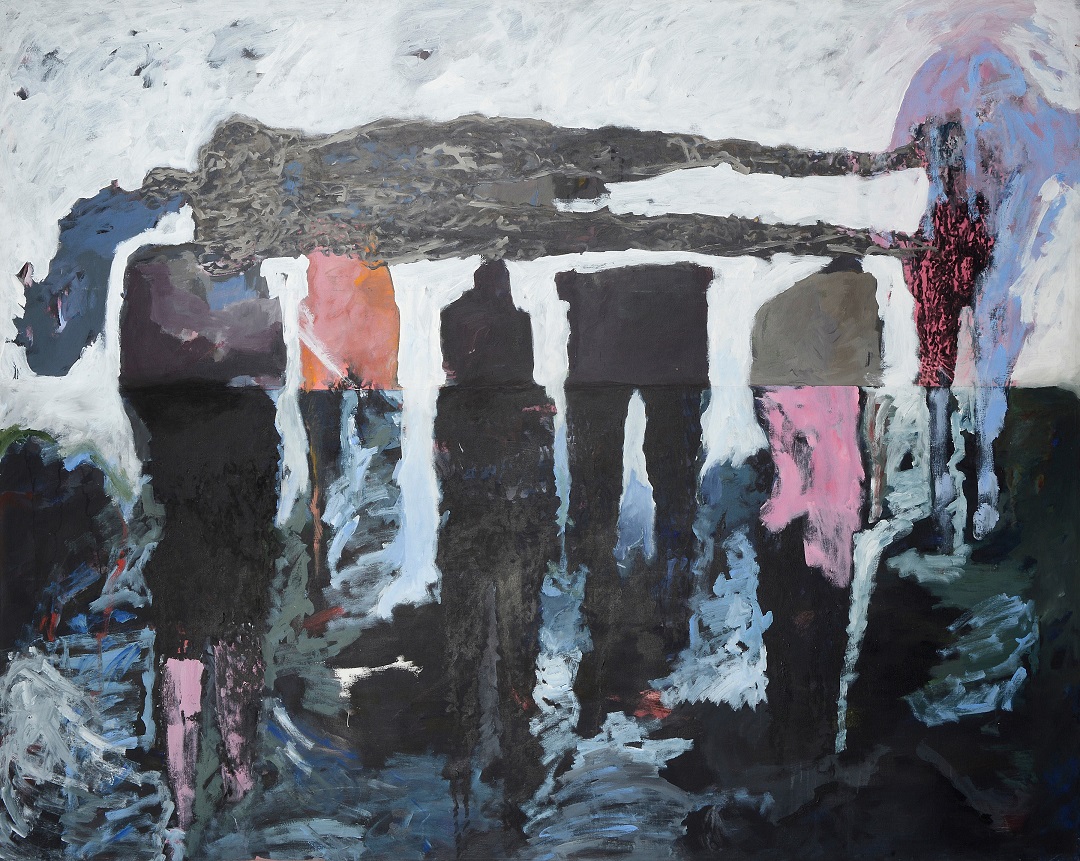 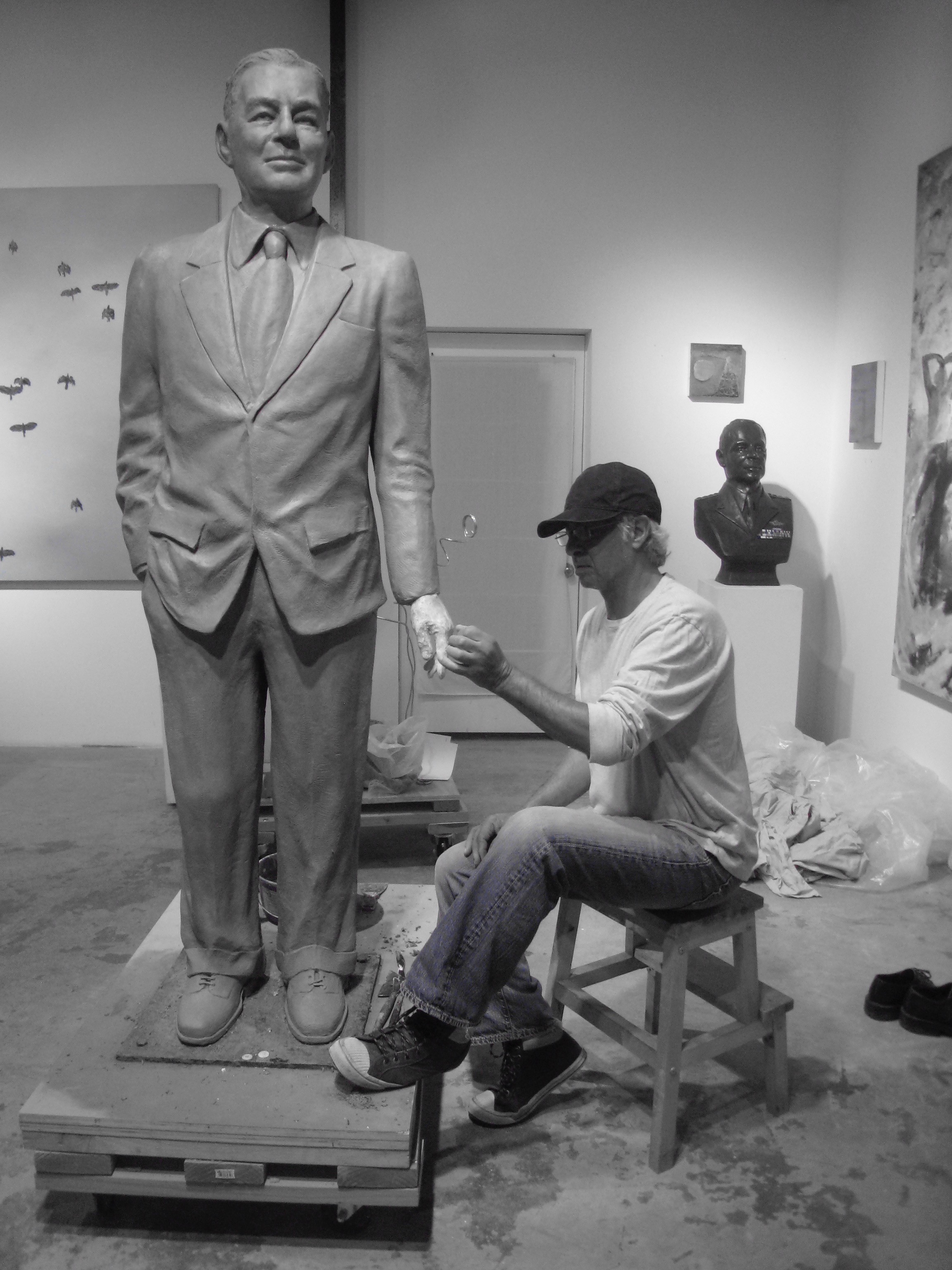 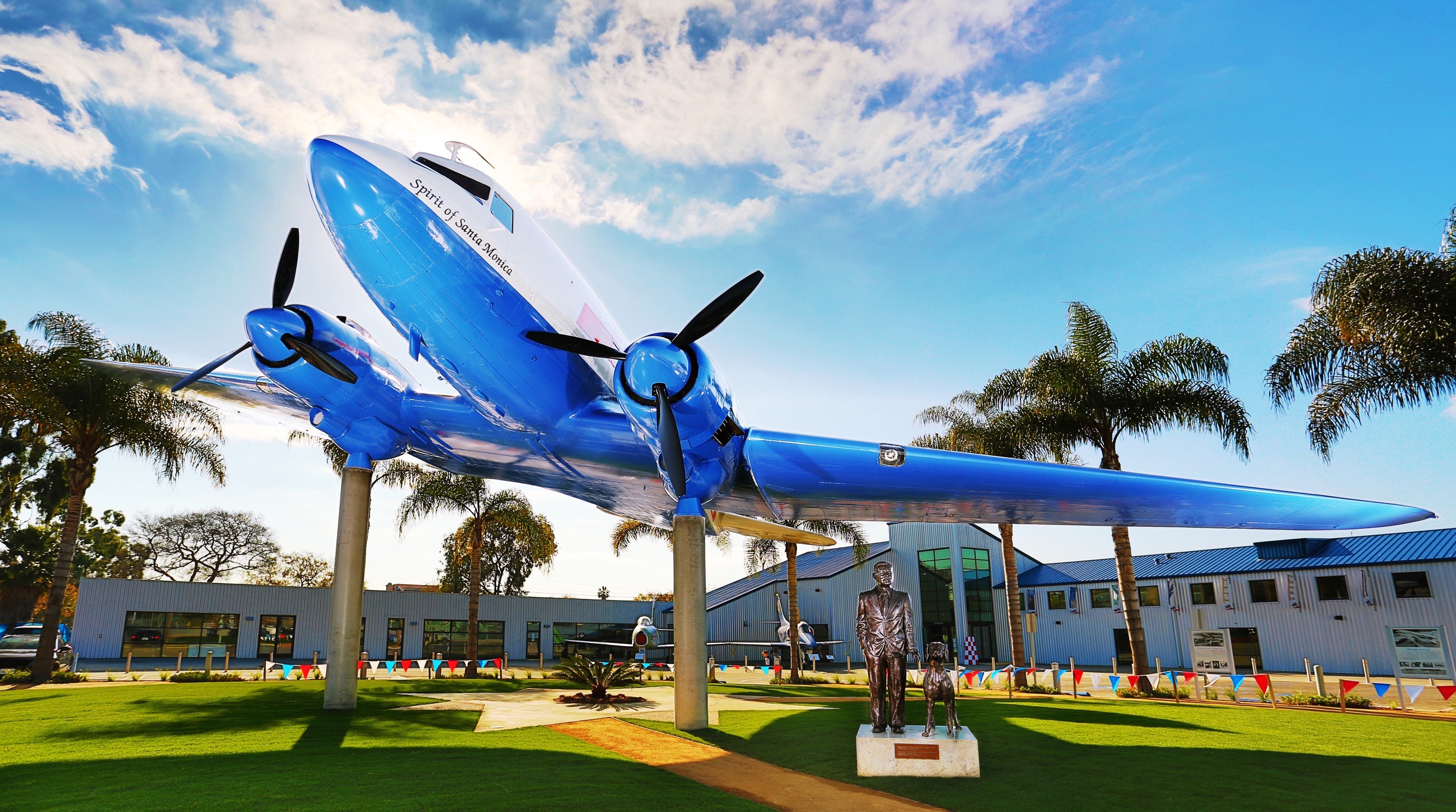