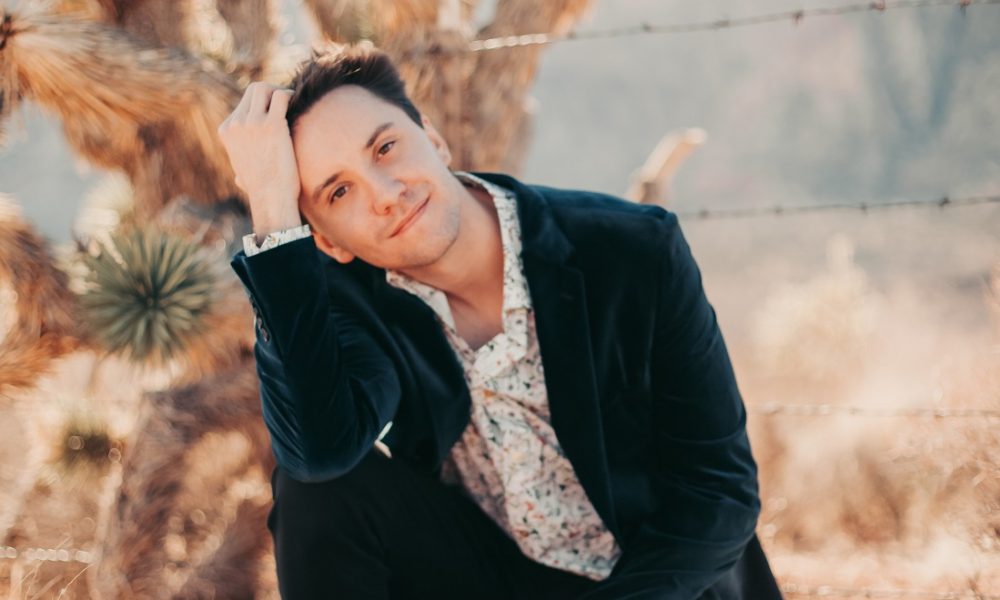 Today we’d like to introduce you to Weston Porter.

Hi Weston, can you start by introducing yourself? We’d love to learn more about how you got to where you are today?
I was born and raised in Las Vegas, Nevada. It’s strange thinking about that because in many ways, I feel like I have grown up with the city itself. When I was a kid, Vegas still felt like a small desert town, but year after year we would watch more houses go up, taller hotels and bigger shopping centers. The desert lots I used to look at on the way to school are rapidly disappearing. It feels like a big city now, and I feel like I’m evolving with it simultaneously. I guess my life in the desert began before I was even born. Bill Porter was my grandfather on my dad’s side and he moved their family out here from Nashville when my dad was still really young. He helped pioneer the “Nashville sound” of the 1960’s and was an audio engineer at RCA for many years. That’s also strange to think about because I feel like pretty much everyone has heard at least one of his songs at some point in their life, but very few people actually know who he was. He mixed for Elvis, Ike and Tina, Sammy Davis Jr, Barbra Streisand, Roy Orbison, Louis Armstrong, the list goes on… but he moved out West to open his own recording studio and mix live shows for Elvis through the 70’s.

This sequence of events ultimately brought my mom and dad together. My dad became a state assemblyman for Nevada. My mom met him by chance in an off-Strip, smoky cocktail bar one night. My whole family history kind of feels like a cheesy version of a Scorsese movie, only with less gangsters and even more cigarettes. Because of who my grandfather was, I grew up listening to a ton of music, and because of where I lived, I grew up watching a lot of movies as well. The two essentially go hand-in-hand. The local movie theater was the place to go if you were a kid in Vegas. There wasn’t much else for us to do growing up here. I became fascinated with actors and the idea of transporting yourself to another place and time. I also started to pay attention to how I felt when images and music work together. It’s a beautiful thing and very visceral to experience a film for the first time in a dark cinema. I wanted so badly to try my hand at acting that I enrolled at Las Vegas Academy of the Arts for high school and studied theater, but the teachers there were just so mean. It really turned me off of the whole thing, but around my senior year in high school, I started making home movies for fun, using my friends as actors. They were awful, but it made me realize that I enjoy being behind the camera more than I do being in front of it.

My freshman year of college, I was studying business in San Francisco, and a friend of mine convinced me to make a short for the Campus Movie Festival. I was having a hard time living away from home for the first time in my life, and creating that short was a therapeutic experience for me. We shot and edited it in one week, and after we finished it, I knew I could never be a business major. I made the move to USC after my freshman year, started studying at the School of Cinematic Arts my junior year, and the rest is history. The great thing about USC is they allow you to experiment with so many different aspects of filmmaking, which is amazing for me because I can also be very indecisive at times. I’ve been a production assistant, a producer, a DP, a writer, a director, and a gallery assistant. During that same time, I took an internship at an art gallery called MAMA. I have always been a huge fan of Jena Malone, the actress, and learned about her first solo photography show in LA called “The Holy Other” at the end of 2014. She printed these beautiful photos that she took while in Myanmar. I was fortunate enough to meet her at the opening exhibition and she introduced me to her friend Adarsha Benjamin, who later hired me. I had just turned 21, and it was an amazing late birthday present. I was with them for three years of my life through undergrad and they helped shape the way I see the world. I had never experienced the art world before. My little casino town didn’t have much of that. The whole journey at MAMA was incredibly influential in my life, and it inspired me to take more risks in my filmmaking. When I finished my Bachelor’s Degree, I made the decision to return to USC again. I’m finishing my MFA degree in Film & Television Production this year and I couldn’t be more excited to start my career professionally!

I’m sure you wouldn’t say it’s been obstacle free, but so far would you say the journey have been a fairly smooth road?
No one’s path is perfect. Mine certainly had its share of challenges, but I’m also blessed to have great people in my life who support me and my endeavors. I think that’s the key to anything in life really: finding your people, the ones who prop you up when you fall and love you unconditionally for who you are and what you want out of life. My parents especially have always encouraged me to do whatever makes me happy in life. I’m so grateful to have them by my side through everything. My road to filmmaking took many detours. I began as a stage actor, decided I wanted to be behind the camera, studied business, decided that wasn’t me, re-applied to film school, was rejected, applied again, was rejected, applied again, and was accepted. It’s important to keep fighting for what you want and what you believe in, regardless of whether it’s personal or professional.

Appreciate you sharing that. What else should we know about what you do?
I would say my work mainly focuses on people in distress, but not necessarily in a negative way or anything. I think we’re all trying to figure out things for ourselves, and we’re all at least a little distressed all the time. I’m fascinated by coming-of-age stories. It’s such a unique time in a person’s life and such a big part of what makes us who we are. It’s also very exclusive to a particular point in time. Your adolescence is shaped by the generation you experience it with, and it’s your last taste of youthful innocence in your life. I think I’m also fascinated by it because I don’t feel like I’ve ever really, truly “grown up.” I have a youthful spirit. I like going on random journeys with my friends. I like getting lost in small towns and taking spontaneous road trips. The idea of settling down terrifies me. I always have to be on the move. I want to bring a diverse perspective to my work, and diversity is very important to me. A film crew is really dull if it’s made up entirely of white men.

The industry has made strides in recent years, but we still have a very long way to go. I personally try to work with people who inspire me and help expand my outlook on different things, cultures, places and people. It is my hope we can create stories that have long been left untold. Another major facet of my work I like to focus on, and something I try to apply to my own personal life, is not placing limitations or labels on yourself. You are who you are. I think growing up in the suburbs as a kid, it’s easy to question yourself when you’re picked last every time in PE class. I always used to think to myself “am I masculine enough” or “am I too feminine,” but that’s all bullshit put into place by society. People aren’t that simple, and that’s what makes each of us so unique and fascinating. Don’t spend your time trying to put yourself into a box or define yourself for everyone else. Get out there and live your life.

Have you learned any interesting or important lessons due to the Covid-19 Crisis?
Before Covid-19, I was working on pre-production for my thesis film called “Line of Fire.” It’s about this kid, Oliver, who’s growing up in a small railroad town in the Western United States, and he’s suffocating beneath the toxic masculinity that engulfs the society – the gun violence, racism, homophobia, and misogyny. But he isn’t any of that. He’s very much his own unique person, and he’s desperately searching for a way out. It’s still very much a story that I want to tell as soon as it’s safe to do so. I’m producing another film for a close friend of mine right now as well, so I’m excited to see what the future holds. I’ve been home in Las Vegas for the majority of the past year since the pandemic began, and as terrible as it has been, the time has also allowed me to reflect on where I have been and where I am going. It’s strangely beautiful returning to your roots after being away for so long. Every moment is a gift, and every day you can spend with people you love is something to cherish. If Covid-19 has taught me anything, it would be to never take a single day for granted. Our time is limited, and it is a miracle that we are able to spend it together. 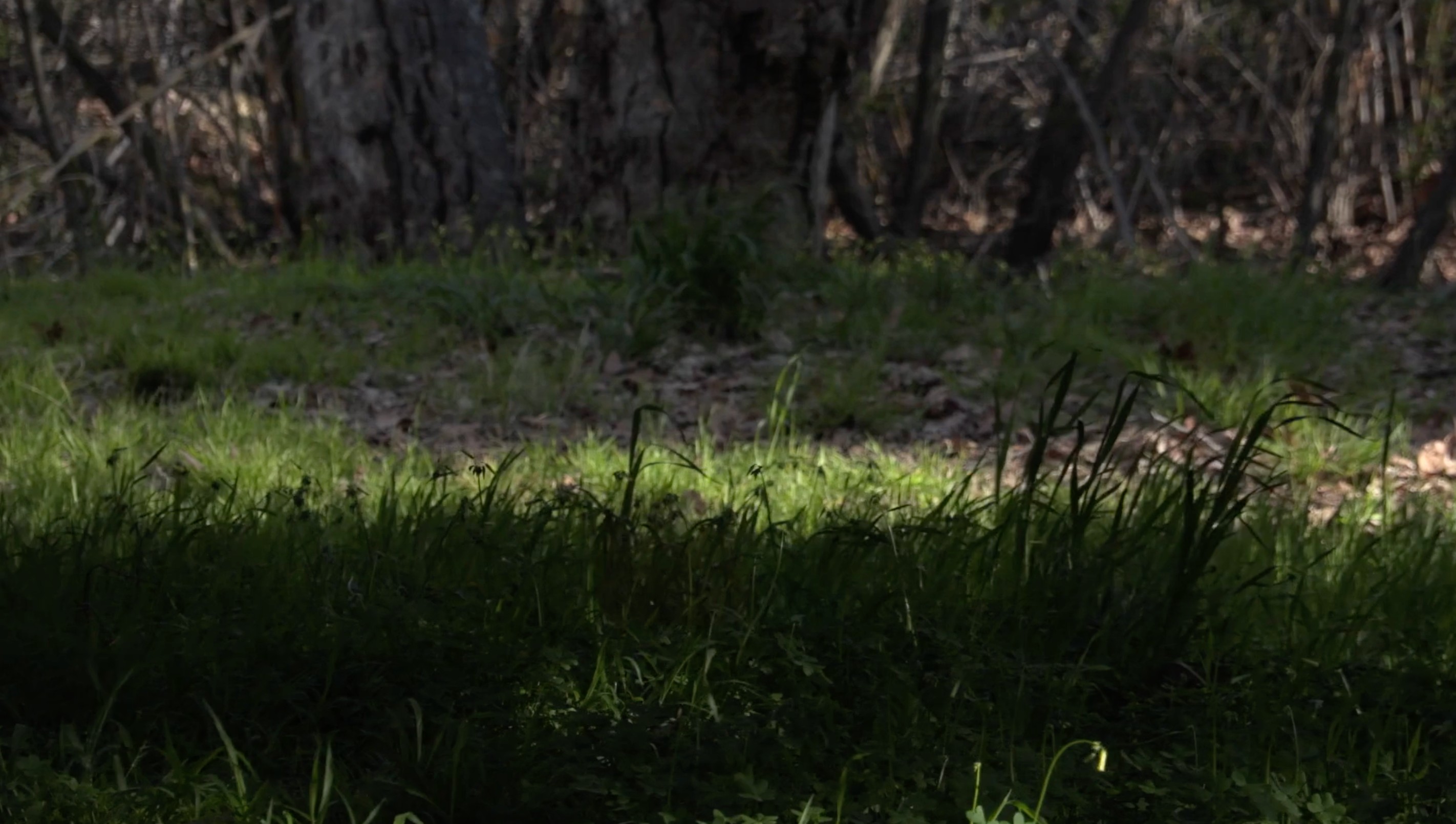 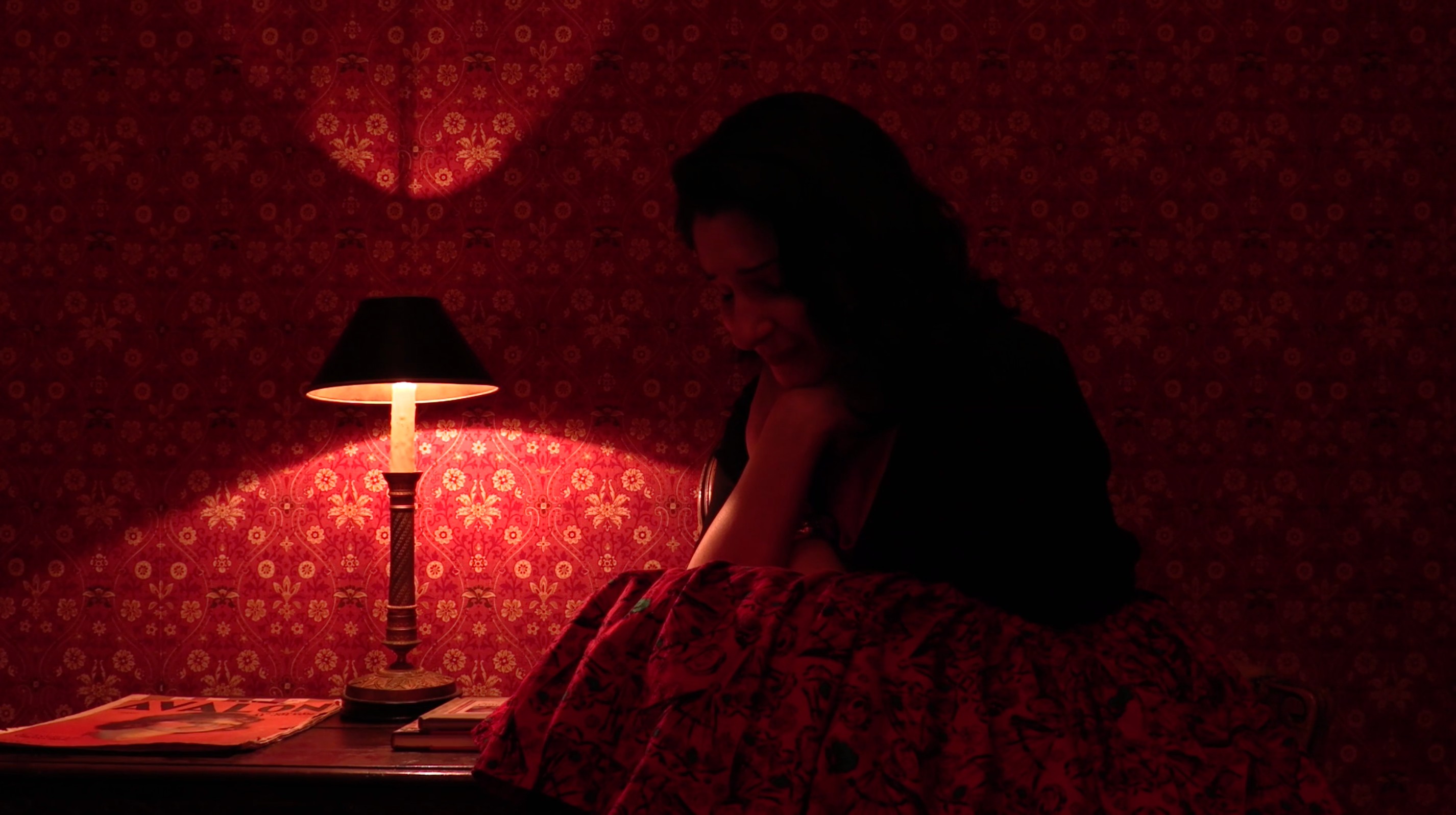 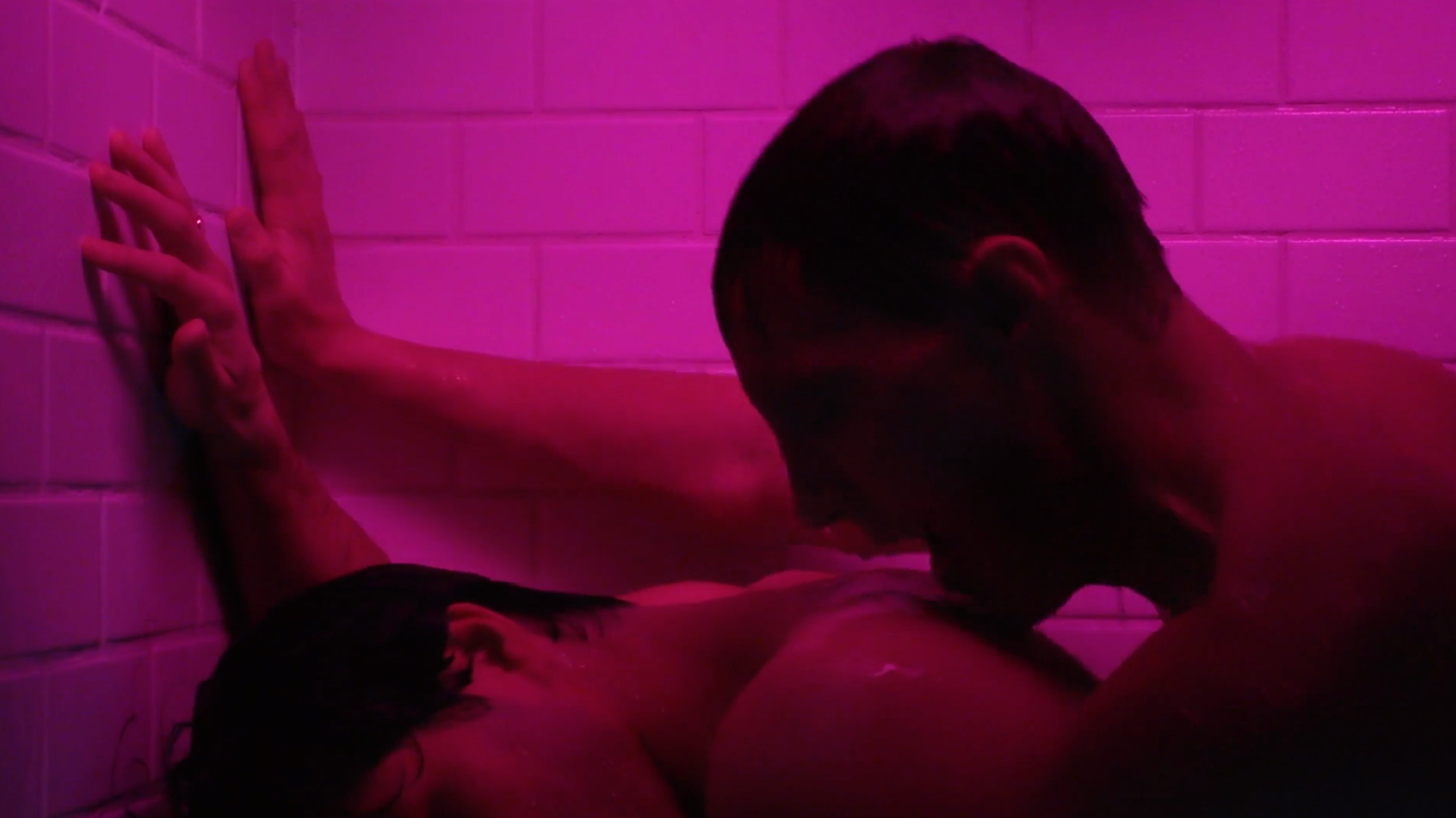