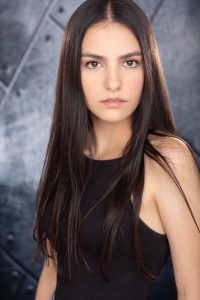 Today we’d like to introduce you to Viridiana Marquez.

Hi Viridiana, it’s an honor to have you on the platform. Thanks for taking the time to share your story with us – to start maybe you can share some of your backstory with our readers?
I was born in Las Vegas, Nevada but was raised in the suburbs of Chicago, Illinois. I have been in love with acting for as long as I can remember, but if I had to specify an exact moment I fell in love with acting, it was when I watched Titanic for the first time as a little girl. It was the first grown up film I ever watched. I remember being amazed by Kate Winslet and Leonardo DiCaprio. I wanted to do what they were doing too. As a child, I loved reenacting scenes from films and putting on my little performances at home. Finally getting to join drama club in middle school was a very special moment for me. I was always a very shy, quiet and anxious girl. Joining the club, I finally felt like I belonged somewhere and like I could be myself. Acting allowed me to open up and gain confidence in myself and make friends. In 8th grade, I was cast in my first musical and it was a magical experience. Once I was in high school, I took drama classes and performed in several plays. I was lucky enough to perform in competitive plays with other schools as well as compete in speech team. There was nothing I was more passionate about than learning this craft and having the pleasure of bringing a character to life. After high school, I completed the acting program at The Second City Training Center in Chicago. Then I enrolled at Columbia College in Chicago and graduated in 2020 with a Bachelor’s Degree in Acting. During college, I was involved in a few short films which were really great experiences for learning to be in front of the camera. During college, I also started working as a background actress on several shows in Chicago including Chicago Fire, Chicago PD, Chicago Med and Empire. Working on real sets has been an incredible opportunity and learning experience for me.

Graduating in a pandemic was a difficult situation for me and for many others. I wasn’t able to move to Los Angeles like I had dreamed of and begin working. So I decided to make my own short films during quarantine. Between 2020 and 2021, I created two short films at home. Filmed on my iPhone and edited by me. I posted them on Youtube and submitted them to a couple of festivals. They are far from perfect but they allowed me to be creative at a difficult time when it felt like my creativity was limited. They both also touch on a couple of important issues like self-esteem in the age of social media and mental health, which is something I have dealt with a lot and I know many others can relate to as well. I was lucky enough to sign with an acting agency in Los Angeles during the pandemic while still living in Illinois. I visited LA this past June and was lucky enough to book a spot on a commercial while I was visiting. I fell in love with the city and this past October I finally made the move! I’ve had the opportunity to do some background work in LA and have gotten a lot of auditions. I’m really excited to finally be here in Hollywood and begin my journey as a professional actor.

As a Latina woman with Mexican immigrant parents, I have always dreamt of making my family proud of me and achieving what may seem impossible. I have incredible Latina role models in the industry who inspire me like Zoe Saldana, Salma Hayek, and Eiza Gonzalez, to just name a few. I look up to them and admire all they have accomplished. They make me feel that my dreams are possible too and I should never doubt myself. My dream is to book roles in both film and TV and continue growing as both an actor and a person. I’m proud of where I come from and I hope to one day inspire others as well to follow their dreams, no matter the hardships or your situation.

We all face challenges, but looking back would you describe it as a relatively smooth road?
My severe anxiety and depression throughout my life has caused me a lot of pain. I was diagnosed with general anxiety disorder and depression at a very young age. I grew up having trouble making friends or having confidence in myself. I didn’t come from a lot of money so sometimes my dreams felt impossible. I didn’t have money for acting classes so I took advantage of all of the opportunities I was given at school to do acting. My parents also knew very little English so they didn’t know how to help me get involved in what I loved to do. Graduating during a pandemic also took a huge hit on my confidence in achieving my dreams as an actor. It was and continues to be a bit of an uncertain time for performers. Acting has been the one thing that has allowed me to feel free. The feeling a good film or TV show brings to me is indescribable. I want to be able to do that for others too. With very little money, I finally moved to Los Angeles and have been working as a server to keep myself afloat while submitting auditions too. Things have never been easy for me but I hope to make my dreams come true so that others who have had similar experiences as me can see it’s possible.

Thanks for sharing that. So, maybe next you can tell us a bit more about your work?
I am an actor and have worked on several short films during college and after. After graduation, I booked a short film called “Room Service VHS” which is available to watch online. During the pandemic, I also wrote and directed two short films by myself called “Enough” and “Panic”. Making these films during quarantine on my own with just my iPhone was a beautiful challenge and learning experience for me. But most of all it allowed me to be creative in a time when my creativity felt very limited. Both of those films touched up on important issues for me that I know many can relate to, self-esteem in the age of social media and mental health disorders. I got to work on a commercial over the summer and a few other commercials in the past as well. Doing background work on shows like Chicago Med, Chicago Fire, Chicago PD and Empire, to name a few has been an incredible learning experience. Since moving to LA a few short months ago, I’ve gotten a lot of exciting audition opportunities by my agent. I’m proud of all the work I’ve done, no matter how small. They are all steps towards growing as an actor and hopefully achieving even bigger things in the near future. I’ve not allowing the setbacks in my life to discourage me or allow me to give up. As a Latina woman in the acting industry, I want to prove to myself that anything is possible and I will achieve my dreams. I’m excited for the future and the challenges and blessings that await me.

Can you talk to us a bit about happiness and what makes you happy?
My family makes me happy. They have always been there for me during the worst and best moments of my life. Their support means the world to me. I’m following my dreams to help them out and to make them proud of me. My friends that I’ve made along this journey also bring me so much happiness and hope. There’s something beautiful about loving each other and supporting each other’s dreams.

Acting. Acting makes me so happy. Acting makes me feel free and challenged in a beautiful way. Acting is the act of empathy. Feeling what others feel is a beautiful experience. Bringing characters and stories to life brings me joy. Films and TV Shows have been my therapy when I have felt lost and lonely in my darkest moments. 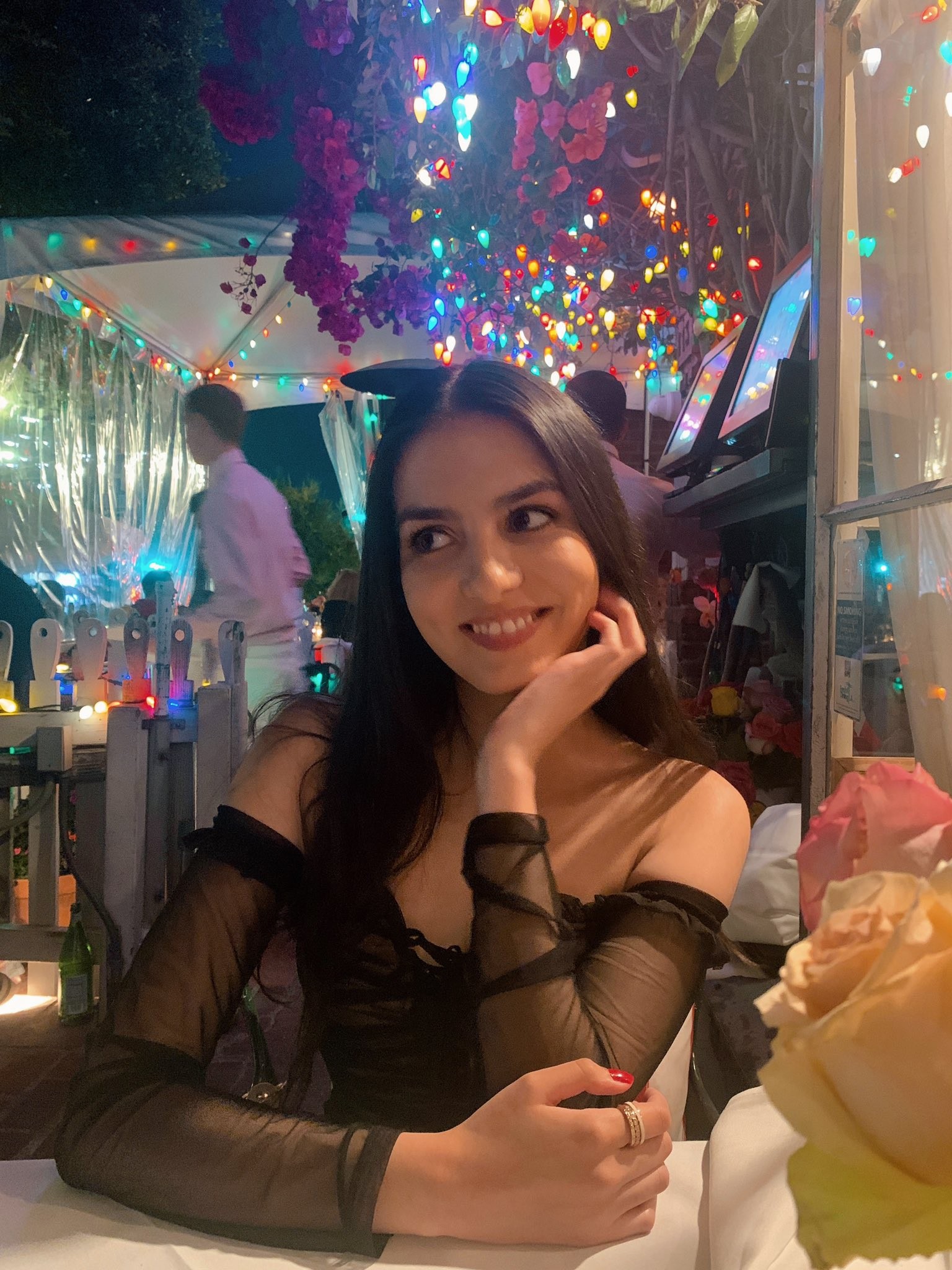 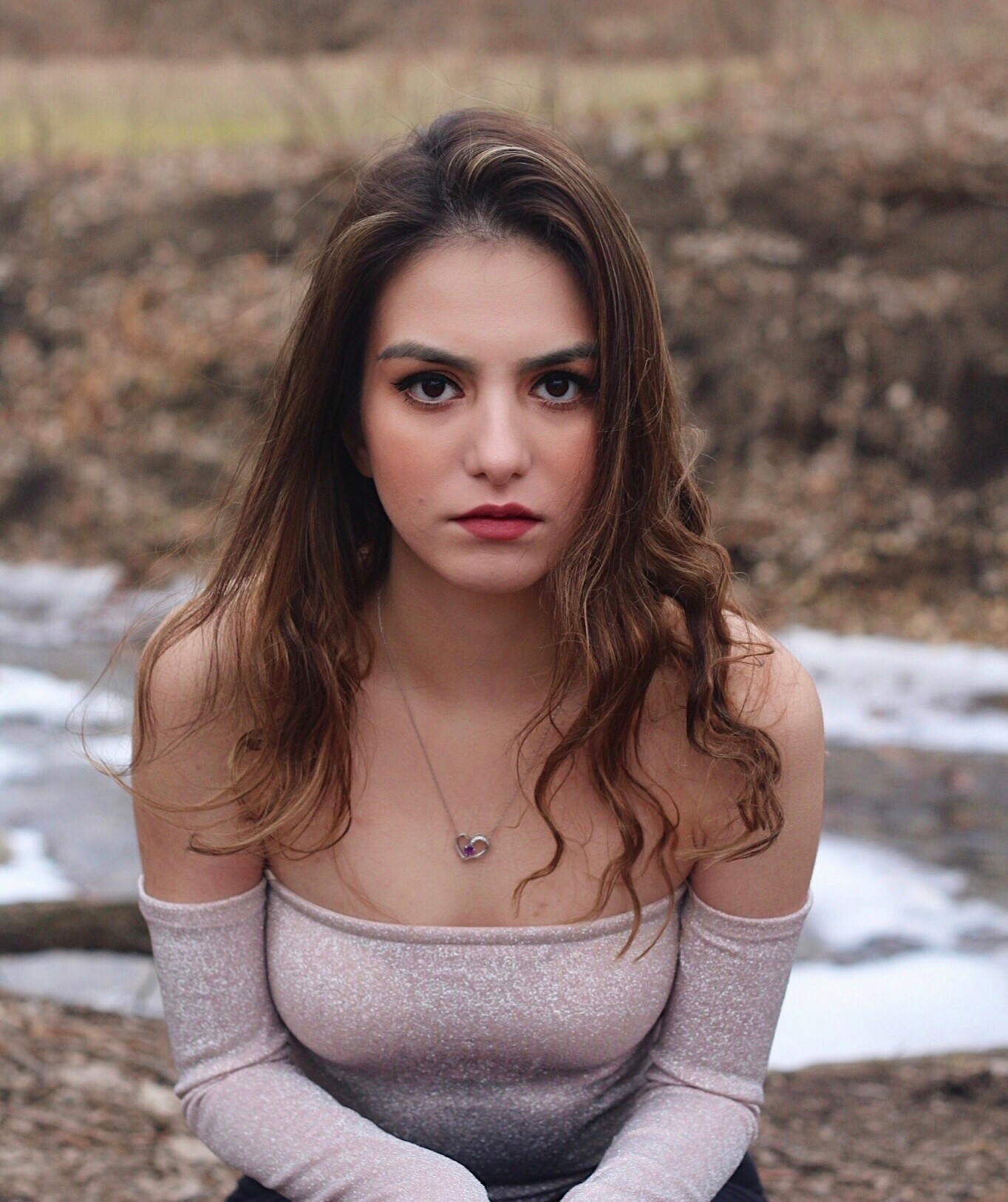 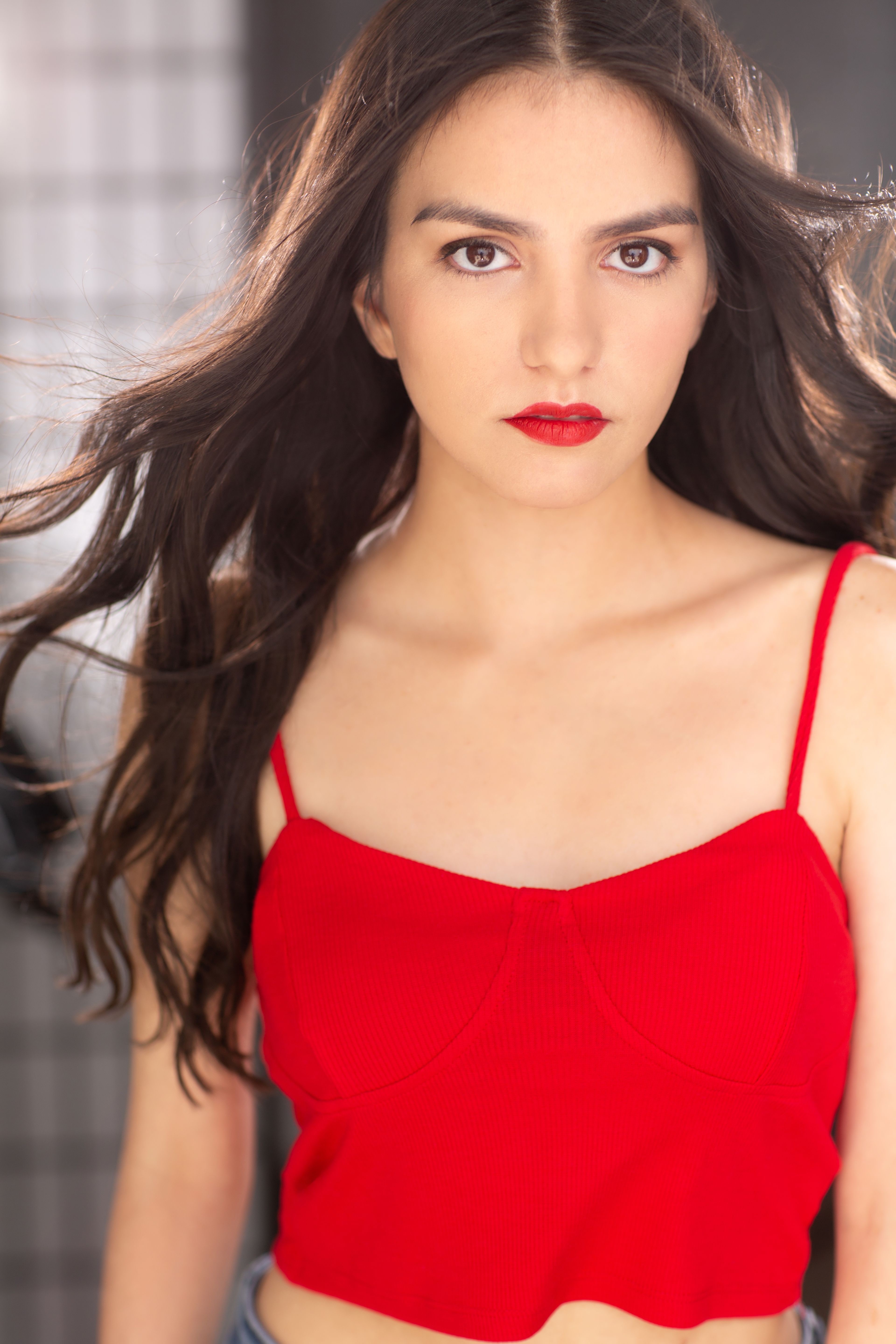 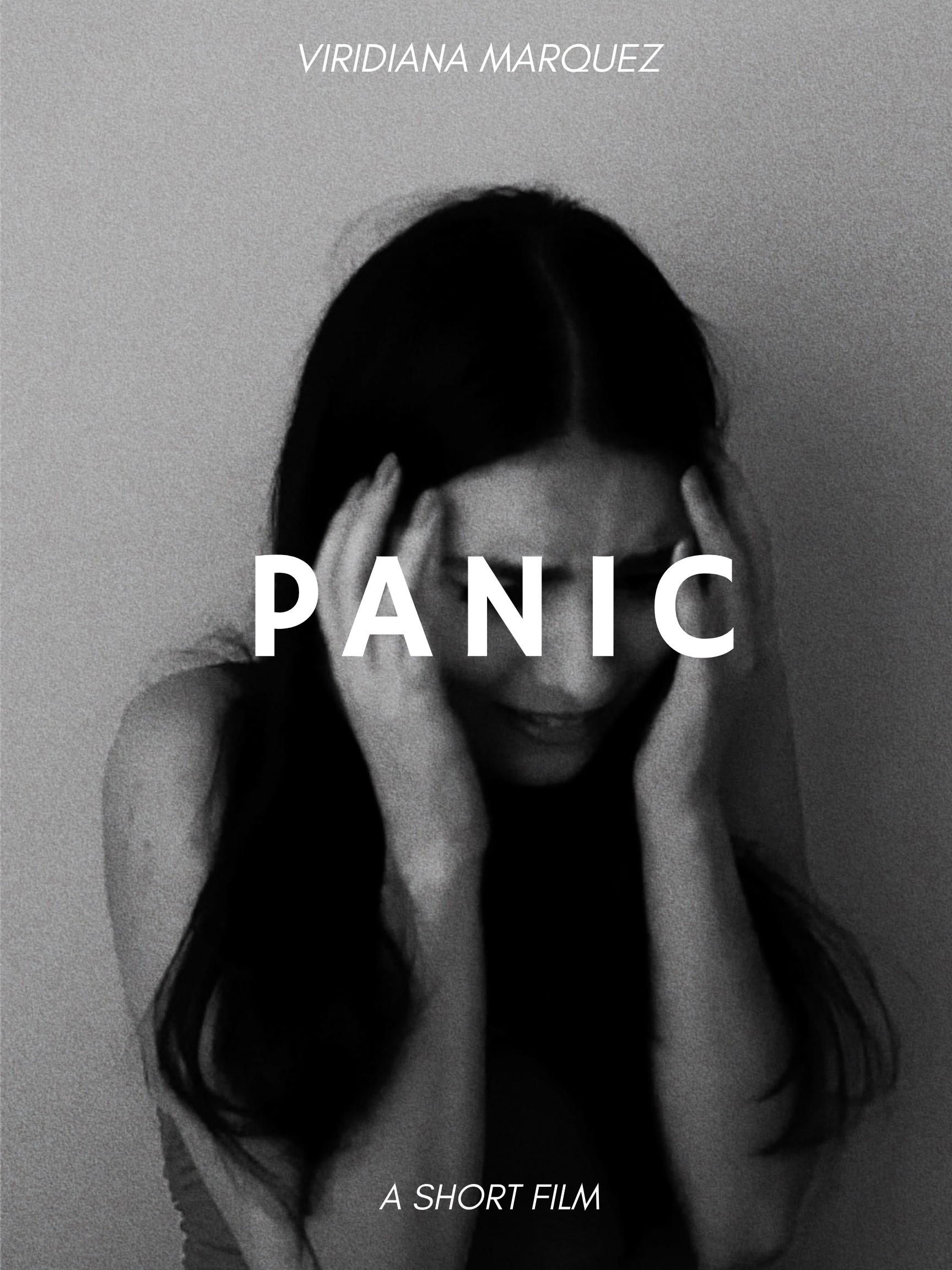