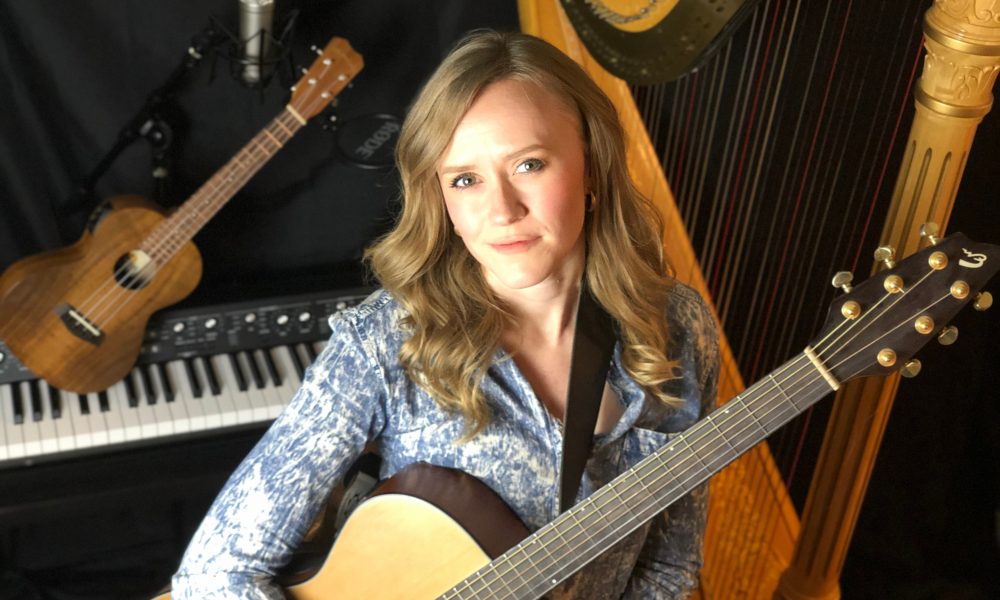 Today we’d like to introduce you to Val Larsen.

Hi Val, it’s an honor to have you on the platform. Thanks for taking the time to share your story with us – to start maybe you can share some of your backstory with our readers?
I’m a singer, songwriter, musician, actor, dancer, and lately a teacher. I got my BFA from The Boston Conservatory in the Musical Theater program. After graduating, I did the obvious thing. I moved to New York to be where the auditions were… and I hated it there. I was SO poor. I wasn’t booking the way I’d hoped I would. But the biggest hurdle of all was that during my time at conservatory, I had developed an eating disorder that was exacerbating my undiagnosed depression and anxiety. After two years of absolute misery, I moved home. The original intention was to serve a proselytizing mission for my church. But as soon as I moved home, I realized what I really needed was to remember who I was and do some serious soul searching and healing. It was during this time at home that I discovered the most fulfilling work I’ve done before or since. When I got home to Utah and I had the luxury of living with my parents rent-free, I decided to see if I could make a living as a private music teacher. After some networking and advertising, I got a call from a school for troubled teen girls. One of their students was looking for a voice teacher, I interviewed and booked my first student.

A few months later, I was teaching 30 of their student’s private music lessons in voice, piano or guitar and I was teaching a dance class at their facility as well. It looked like a fancy boarding school nestled in the base of the Salt Lake mountains. But it was actually a beautiful holistic rehab. Places like this are a last resort for many parents who don’t know how to help their kids cope with the major issues they’ve experienced in their life. It took me a while to realize this because I wasn’t part of the rehab directly. In the two years, I taught there I only had one student have behavioral issues during a lesson. Because I was extra. Students who took lessons with me were there because they wanted to be there. I was the 30 minutes once a week that they weren’t having to adhere to strict behavioral rules. I didn’t even know what the rules were, so …with me, they were free. When the girls finish their therapy and they’re ready to move on, the school holds a beautiful graduation for them. Their families are there, the entire school is invited, everyone dresses up. And each graduate reads a letter out loud outlining the exact struggles they’ve overcome. Watching these young women graduate are some of the proudest moments of my life. That I could be part of such a profound and life-saving journey with these girls I knew individually… it was incredibly healing for me. Seeing them overcome some of the things I struggled with myself became a major source of inspiration and strength.

After a couple of years at home, I moved to LA, where I’ve been based for the past five years. Most of that time has been spent working at Disneyland in their stage production of Frozen, a cruise line contract, performing in regional musical theater productions, and other various gigs. It’s had many ups and downs — often more downs than ups in the industry I’m in. But I’ve been really blessed and lucky to be able to make my full income on artistic projects… until COVID-19. When the pandemic hit, the entire performance industry came to a grinding, screeching halt. I was out of town when the lockdown happened so I didn’t get to have a final performance at my Disneyland job. Auditions ‘postponed’ inevitably, yada yada, you were all there. The live performance industry is non-essential and a particular risk so… here we are ten months later and still no live performance opportunities. I had thought about teaching again off and on for years. How fulfilling it is. How it kept me learning and growing. But I’d been so busy before. I couldn’t put the time in to make it happen.

And here it was, this golden opportunity – I had all the time I could ever need to focus on building a teaching studio. The Val Larsen Music Studio … that’s my job now. I teach private, online music lessons in Guitar, Voice, Piano, Harp, Ukulele and recently added Songwriting. And my side gig – writing my own music and releasing it on Youtube and Patreon. It’s the dream. My students are of all ages and all over the country. I love the work. Seeing students take a break from their troubles and focus on learning a new skill… learning MUSIC, especially right now when world events are so overwhelming… I just feel privileged. I can’t wait for the industry to open up again, I’m starting to miss it. And until then, I am LOVING teaching so much. I even started a workshop series for those who aren’t interested in weekly lessons. The first was a Holiday Harp Workshop, where an actual harp was included! Planning to do some Ukulele and Guitar ones soon.

Would you say it’s been a smooth road, and if not what are some of the biggest challenges you’ve faced along the way?
This industry is full of rejection. The audition grind is just that… a grind. It’s physically, mentally and emotionally tiring. I have struggled with mental health issues all along the way. Anxiety, depression, an eating disorder… I’ve been really blessed to have older siblings who struggled with those things also, so when it manifested for me in early adulthood, I knew what it was right away and was more open to getting help. But even with that awareness, it’s been a consistent battle, and still is today, to work through those things and focus on the joy and peace moving forward. And financially. The performance industry is one where you can put in a lot of time, money and effort and then not book the job. Money is inconsistent. It’s hard to plan or save and that inconsistency can really wear on you.

Thanks for sharing that. So, maybe next you can tell us a bit more about your work?
As an actor and performer, I’m usually cast in a singer who dances role. I have an edge to my energy that puts me in darker or more dubious roles. I also thrive in roles that require versatility. Being a swing (an understudy for several roles) has been something I’ve particularly enjoyed because you’re doing something different every day, and you have the privilege of learning and performing several roles in one production. As an artist and creator, I feel my most distinct expression is songwriting. I’ve always listened closely to lyrics and noticed good ones. My music is based in narrative and story-telling, probably influenced by my love for musical theater. I love using music to express my inner life because adding music to your words is like adding the backdrop to a drawing or lighting to a scene. It offers so much emotion to something that otherwise would just be words. Poetry to music. Powerful on their own but electrifying as a pair.

As a teacher, my greatest asset is my many-pronged approach that’s a direct result of my many-pronged career. I have a few students that we alternate Songwriting one week and their instrument of choice another. I can be a one stop shop for younger students wanting to pursue playing and writing professionally. I’m also a working artist. I’m familiar with both the New York and LA markets, I’ve been through a lot emotionally and mentally in this industry. I have a lot of broad intersectional industry knowledge that can be really helpful to those who are pursuing more than one thing at once. I don’t have it all figured out by any means, but I can at least offer over a decade of mistakes that my students can avoid, haha.

What do you like and dislike about the city?
Likes 1. It’s sunny most days. When I lived in New York, even on Sunny days, you’re mostly between buildings or you have an apartment that doesn’t get much sunlight. That takes its toll. At least here, if you bomb an audition or are having a bad day, you’re not walking through a dreary city, and if you need to, you can get to the beach and let it all go. 2. You don’t HAVE to take public transportation to afford living here in Boston and NY – having a car is for people with more money than a college student. If you have a long day in multiple locations, get your backpack or roller bag ready because you’re schlepping everything from place to place all day, whether you like it or not. Having an emotional day – you get to cry in public, on the subway, smashed like a sardine next to someone who smells. In LA, if you have a packed day, you get to put everything you need in your own private little room on wheels. You need to cry about something, turn up that sappy song on the radio and let ‘er rip. 3. The people I LOVE the diversity here. I feel like LA is a place that people can be who they are unapologetically without feeling like they have to stand on a soapbox about their uniqueness. The environment is accepting, open and tolerant in a relaxed way. I also love that when push comes to shove, people are willing to advocate for change when it’s needed.

Dislikes 1. Egos. Usually, the most successful people in the biz are chill and kind. The least successful are humble and eager. It’s the ones in the middle you have to watch out for. Getting cornered at a cast party with someone who’s still working through whatever childhood issues led them to this work… can be exhausting. 2. How expensive property is. I intend to settle here long term and it would really mean a lot to feel like a house is a possibility in the next year or two. But – se la vie – we’ll see what happens. 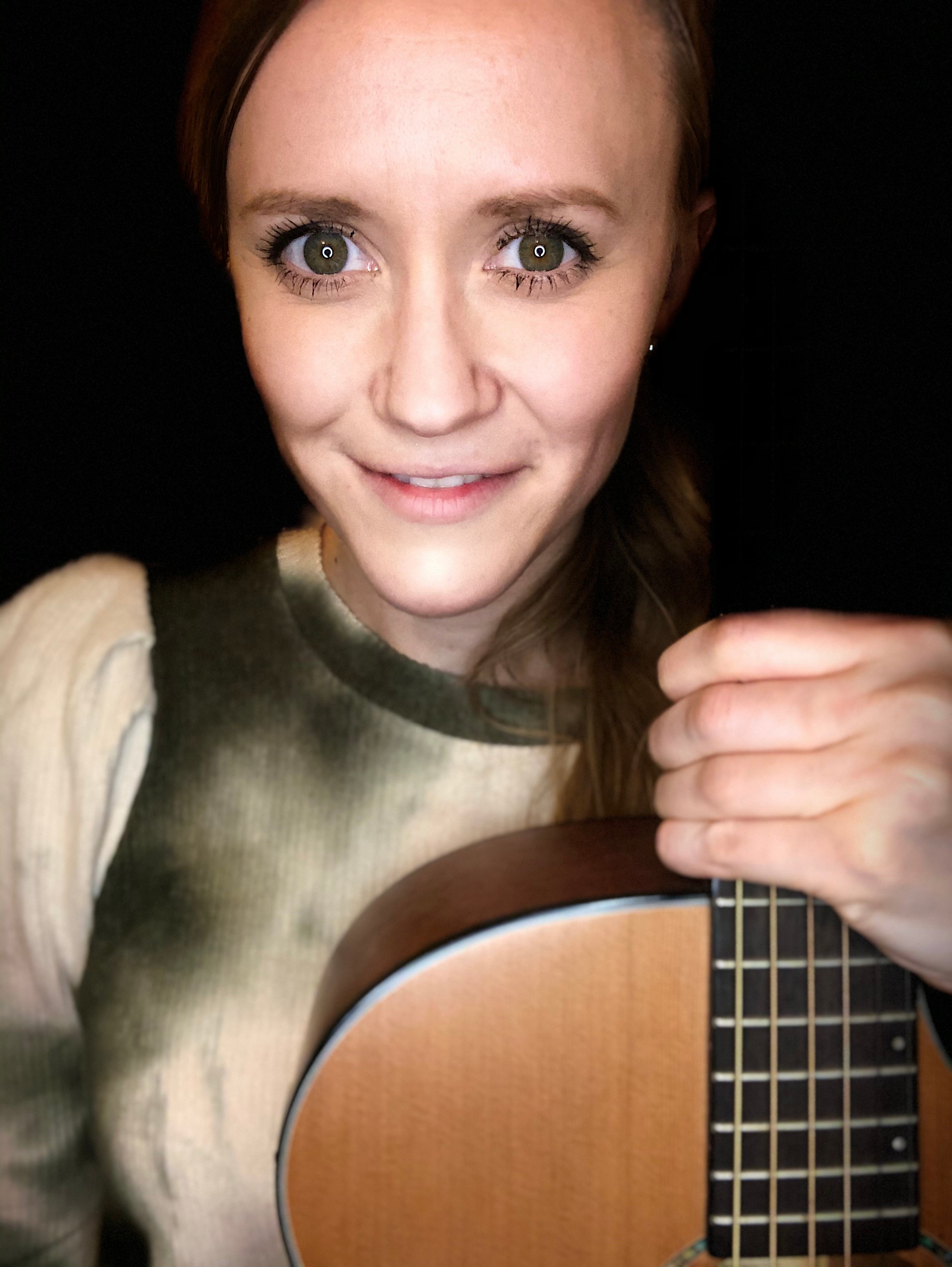 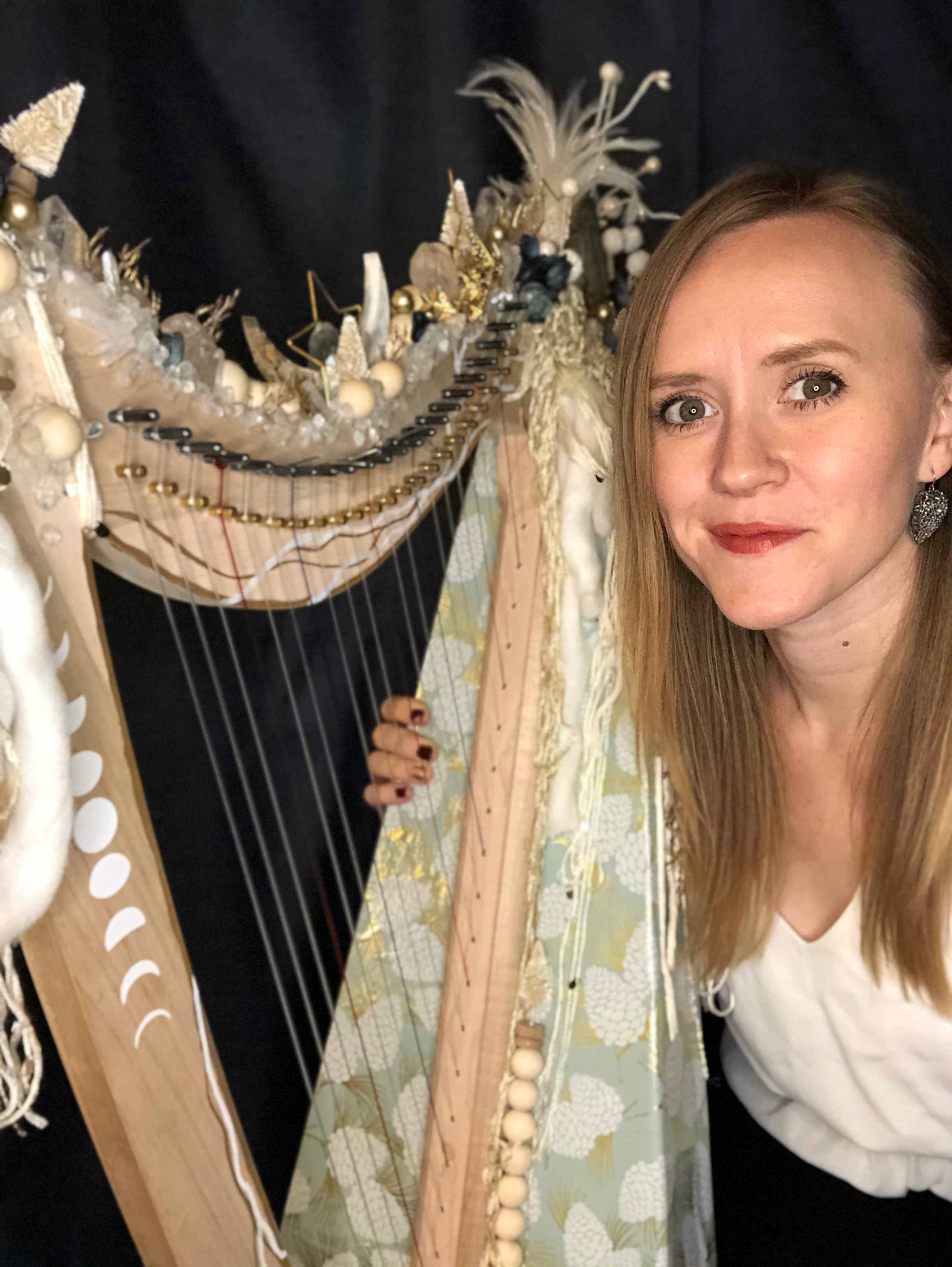 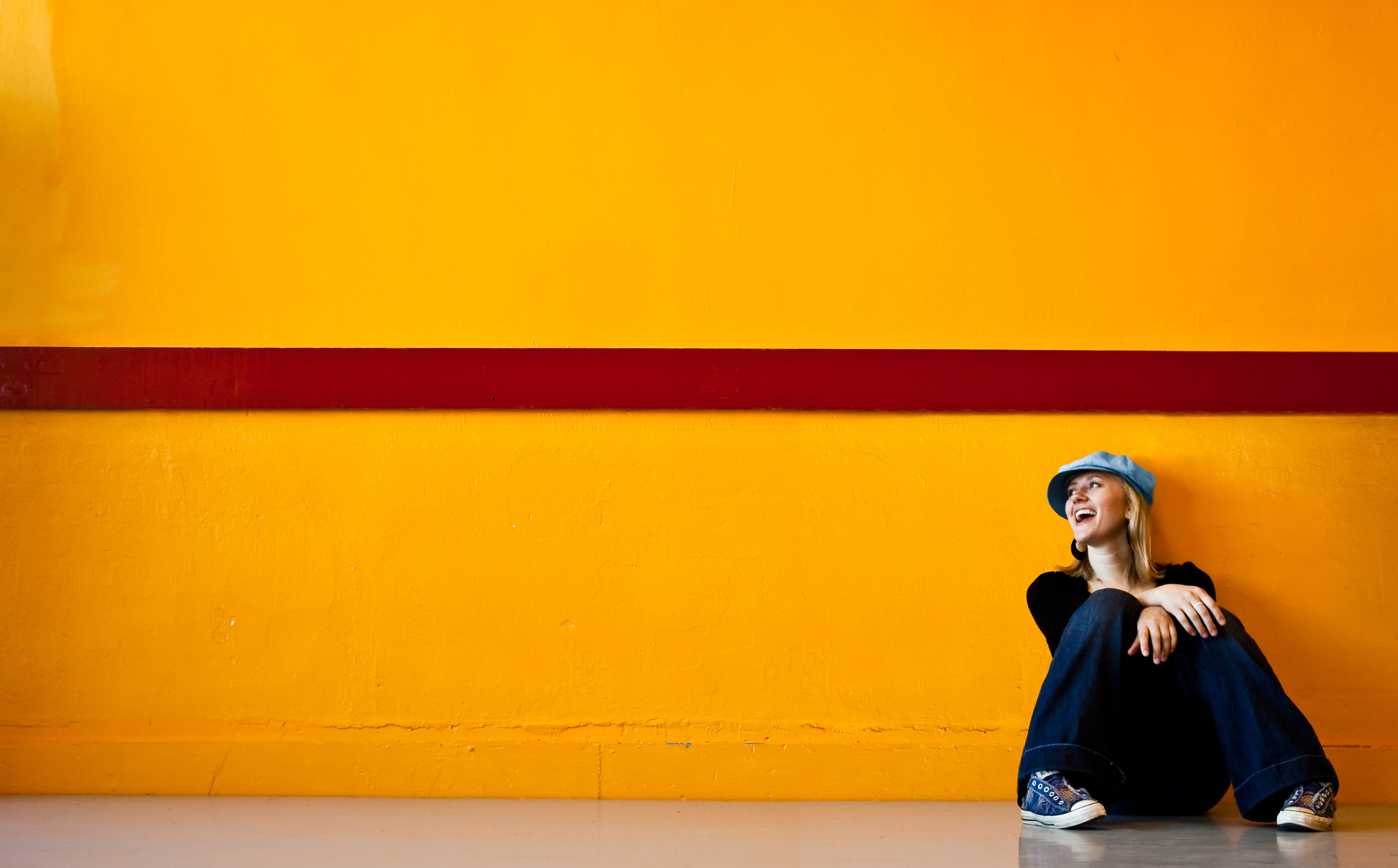 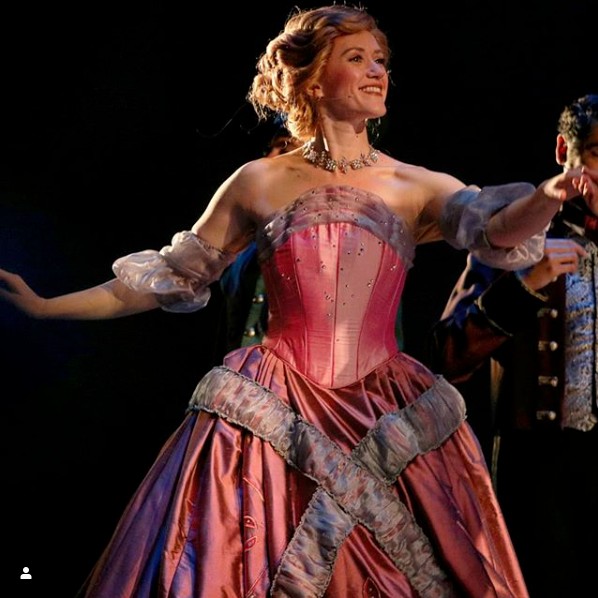 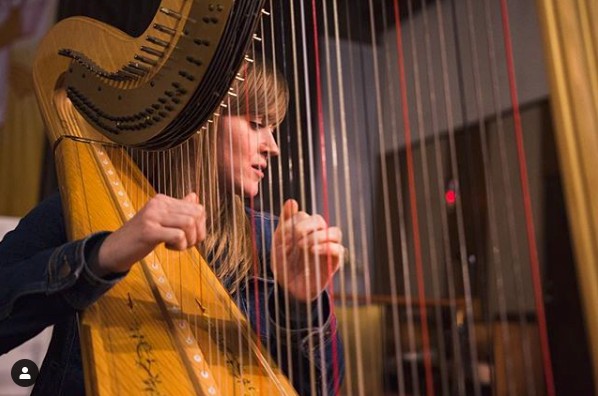 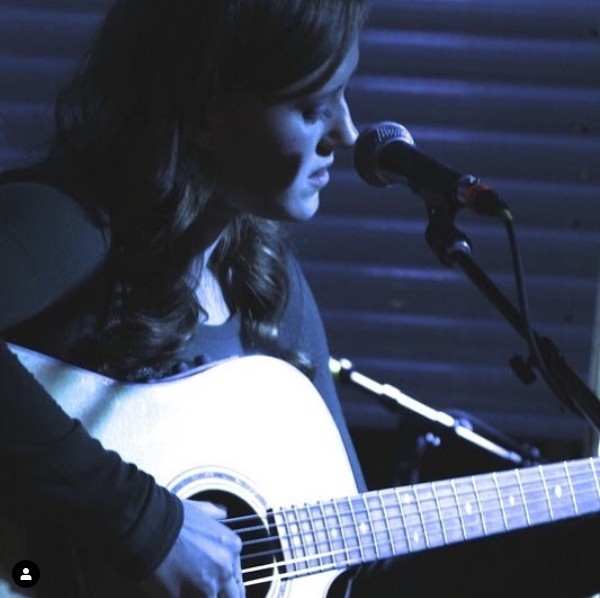 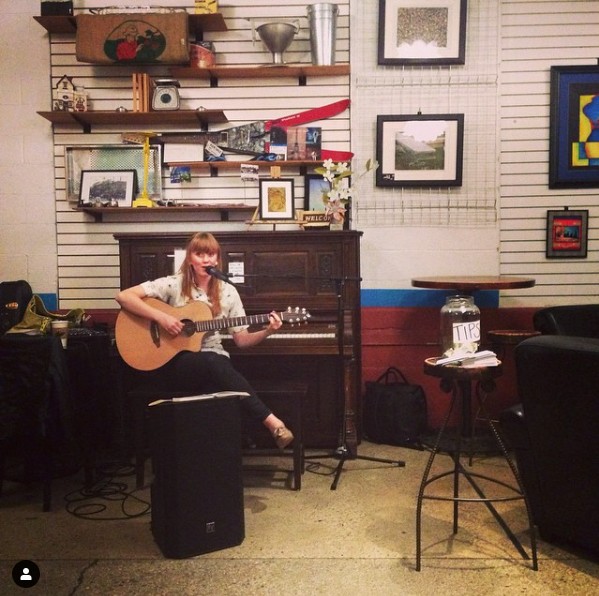