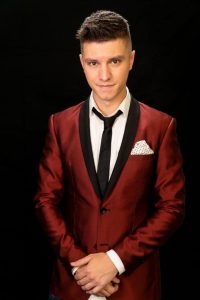 Today we’d like to introduce you to Tyler G. Stanley.

Alright, so thank you so much for sharing your story and insight with our readers. To kick things off, can you tell us a bit about how you got started?
I’ve been passionate about filmmaking for as long as I can remember. As an infant my favorite toy was a fake plastic camcorder by Fisher Price. Apparently, they couldn’t get that thing away from me, I’d woddled around with my face buried in the viewfinder barking direction to my family like: “Say hi to me! Wave at the camera.” At age 10, I received my first working camera, my grandfather’s old VHS camcorder, which became an extension of my right hand. Every playdate or slumber party became an opportunity to get my friends together and shoot a short film… and pretty much nothing has changed since then. My skills have improved a bit (as one would hope) and my toys are a considerably more expensive now… but I’m still the same boy, eager to play and hungry to create.

I grew up in New Hampshire and throughout my high school experience, I began to take filmmaking more seriously. I would often enlist the help of actors from my local community theater known as “Peacock Players.” When I wasn’t swamped with school work all of my free time was dedicated to learning and improving my craft. My high school had a federally funded two years college level video production program, which is where my skills began to shape into a more professional level. My first paid freelance project was producing a national digital advertising campaign for the YMCA at age 17.

Naturally going to film school was a no brainer and at the age of 18, I parted ways with New Hampshire and moved to LA where I began studying at the Art Institute whilst also networking with freelance clients from the get-go. I wasn’t waiting to graduate to start working, I was eager to make contacts and that I did. By the time I graduated Valedictorian, I had already produced content for major brands including: Nike and Amazon. Over the past decade my freelance client list has expanded, collaborating with such brands as: HBO Max, IGN, Omaze and Blizzard Entertainment to name a few.

Most recently, for the past five years, I’ve been producing an Emmy Award-Winning local news program: WeHoTV News. We’ve received a total of 3 Emmy Nominations, 1 win. Our most recent nomination was for a PSA entitled Recreational Reefer Madness, which encourages safe and legal cannabis use. This project also won our team a Shorty Award.

We all face challenges, but looking back would you describe it as a relatively smooth road?
Naturally, nothing that is worth having comes easy. The video production landscape is a highly competitive field, but I am a highly competitive person, at least when it comes to the pursuit of my lifelong dream. I will stop at nothing to continue working as a full-time video content creator. It’s been a bumpy road: I’ve had to file a lawsuit against a major company that never paid me for several months of work. I’ve had my house broken into and all of my production equipment stolen… that was a huge setback, being that my camera is my livelihood. But my love for filmmaking is too strong for any of that to break me. Also, between my family, friends and peers, I’m thankful to have a strong support system to help pick me up when times get hard.

Thanks – so what else should our readers know about your work and what you’re currently focused on?
I pride myself in having a diverse portfolio of video content: short films, scripted series, documentary, reality, sketch comedy, music videos, branded content, YouTube series, podcasts… if you need a video made, I’m there. But my main focus is producing digital video content. I’ve done lots of work in traditional film and television but I find working for major motion picture studios can be limiting in that crew members are usually sectored to one highly specified skill set: you’re either camera or lighting or sound or production design and rarely stray from your specialty. I prefer working in the digital media space as you often get to wear several hats at once. I want to have my hands every aspect of the production from pre-production to post-production. My passion for filmmaking extends to all areas of production from lighting to camera to editing, and the digital media space allows me that flexibility.

At the beginning of last month I began full time employment with Dhar Mann Studios. They are a mission based production company that produces inspirational short films for YouTube. I was brought on to shoot, direct and edit their behind the scenes videos. Working for a company who’s mission is to bring light into the world is an absolute dream come true.

Alright, so to wrap up, is there anything else you’d like to share with us?
I’d love for more people to check out my most recent short film entitled Two Psychos. It’s a dark comedy/ thriller about a serial killer whose victim also turns out to be a serial killer. Directed by me and produced by Enguard Entertainment. Unfortunately due to COVID-19, we never got to make our rounds at the festivals, but you can check it out on YouTube for free. https://www.youtube.com/watch?v=p_qk7BtIcN8&t=78s. For more of my work, check out my website. 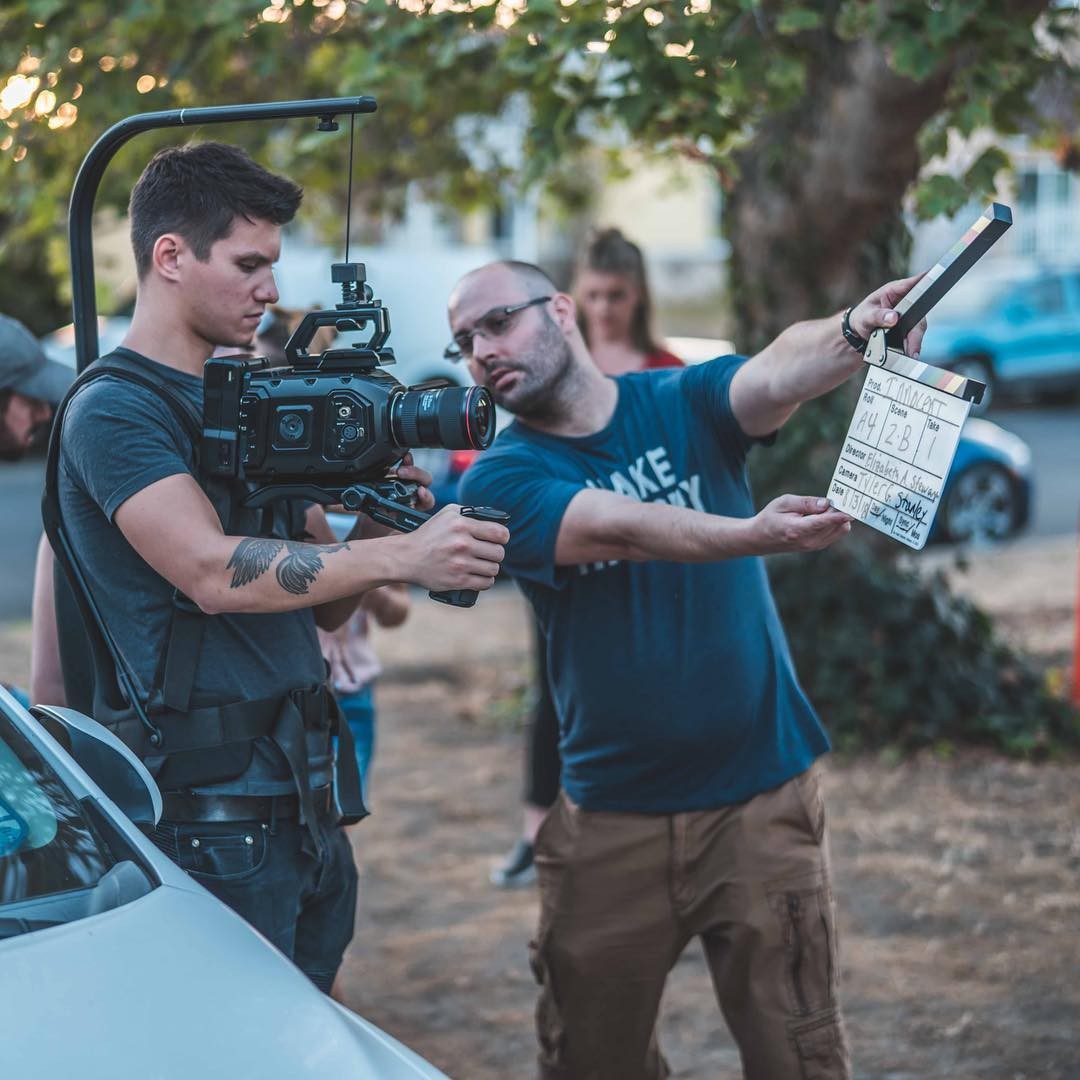 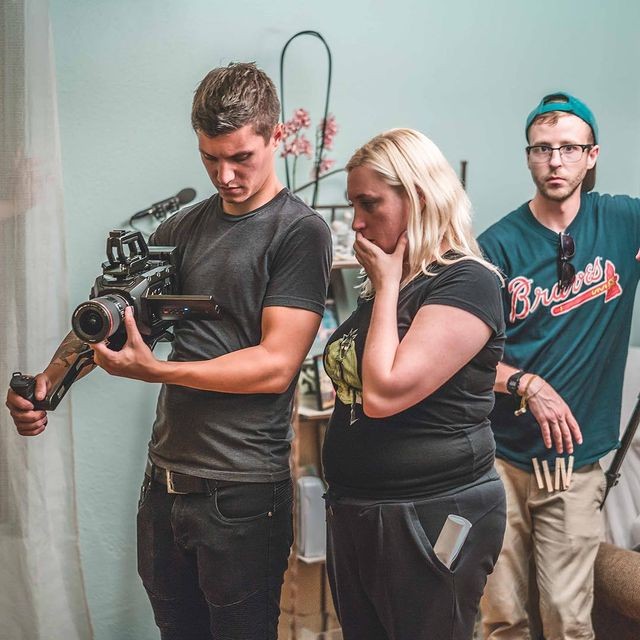 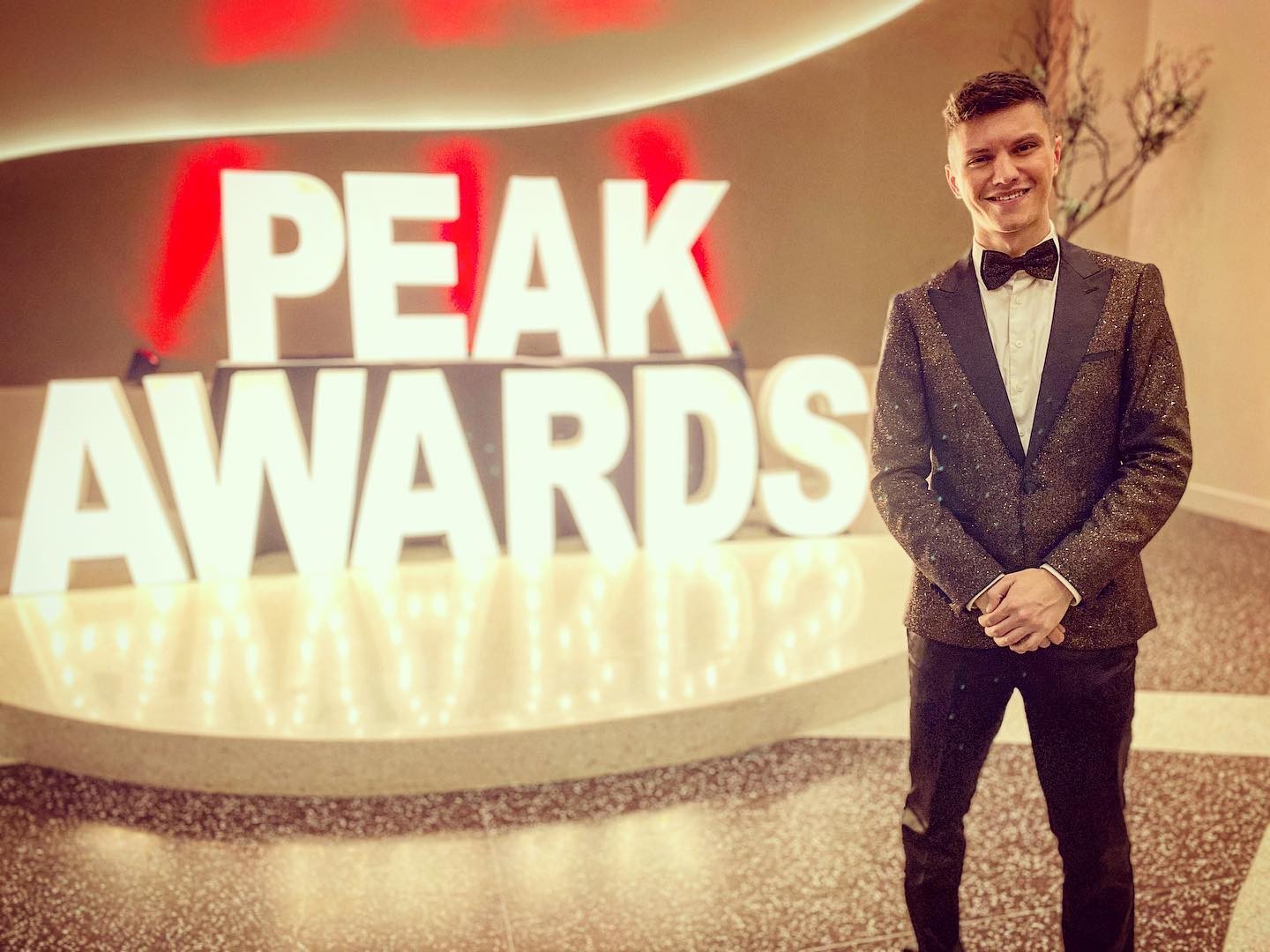 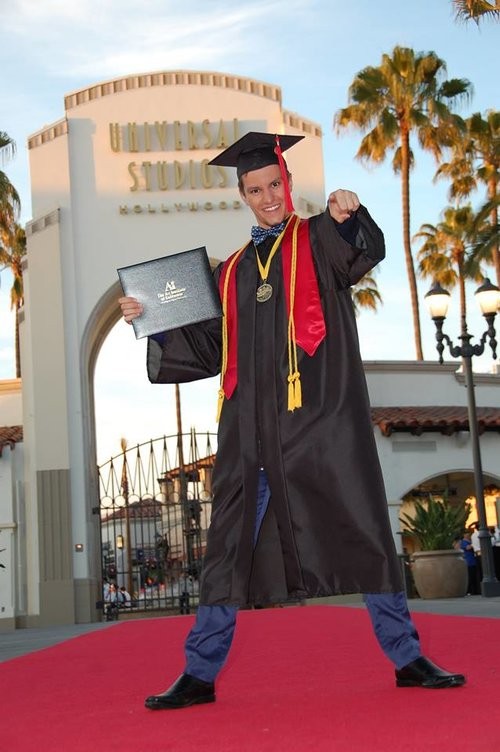 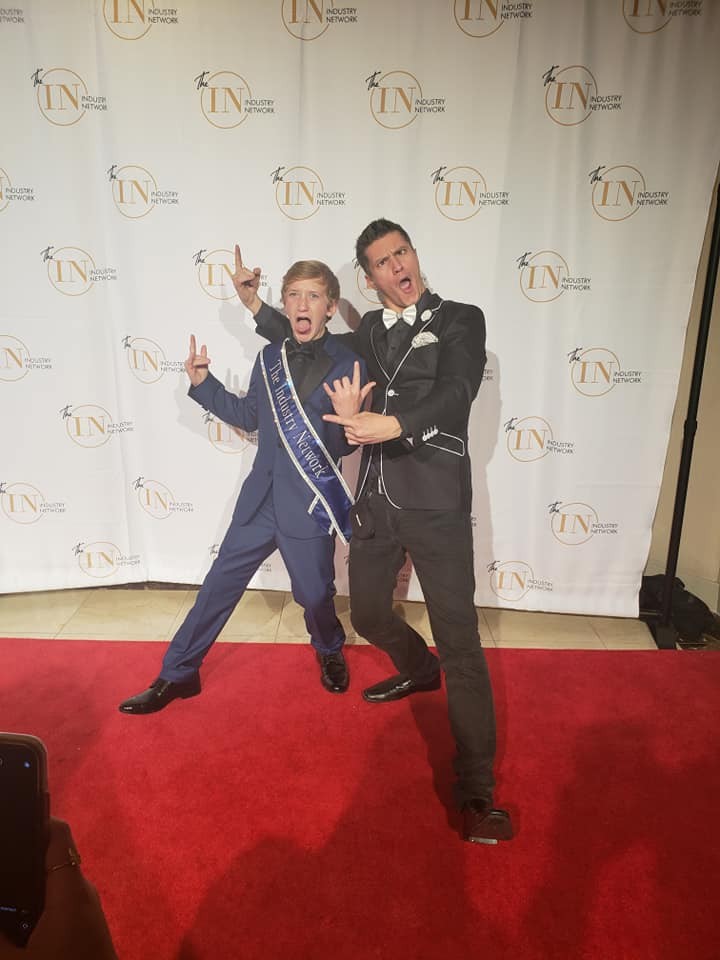 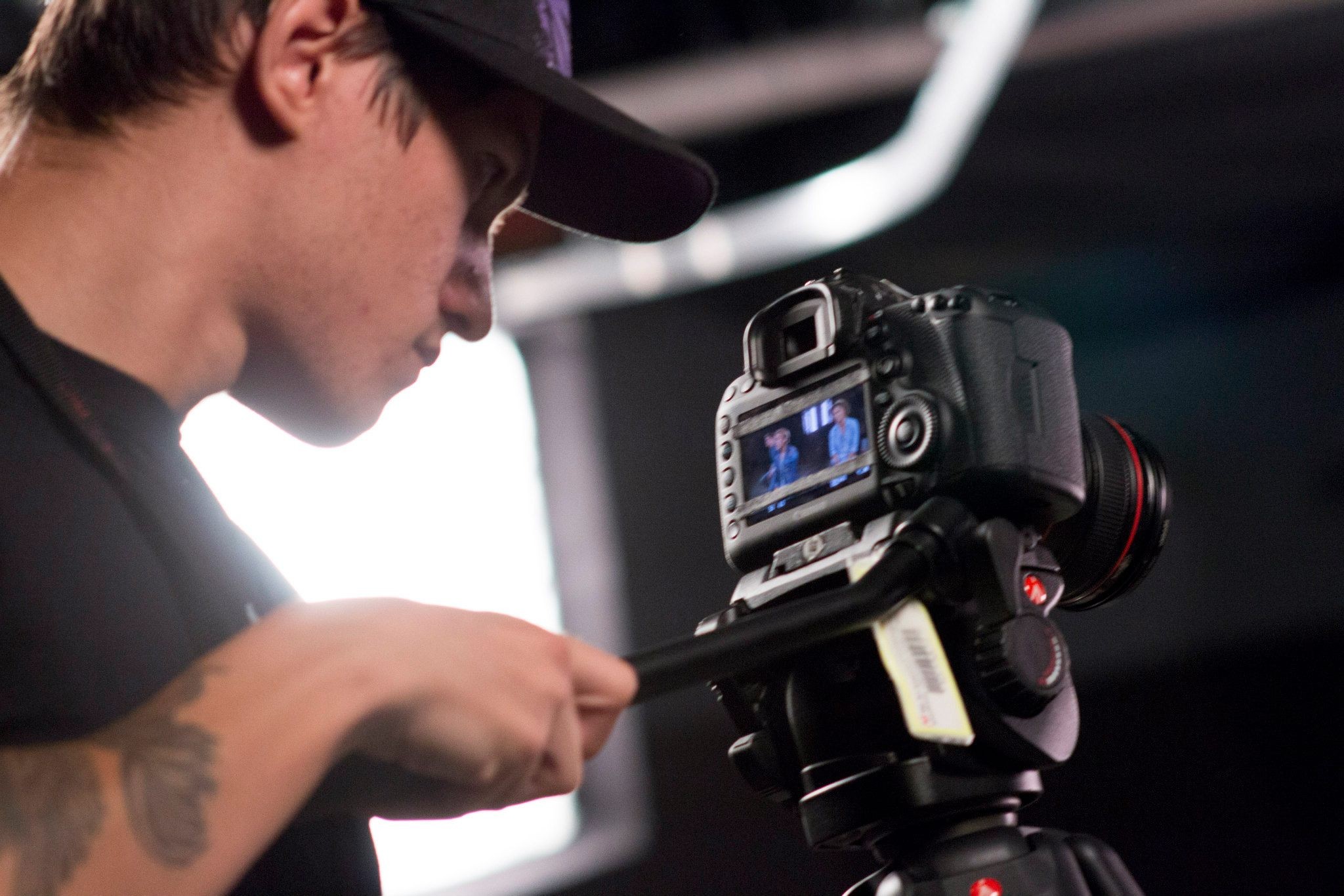 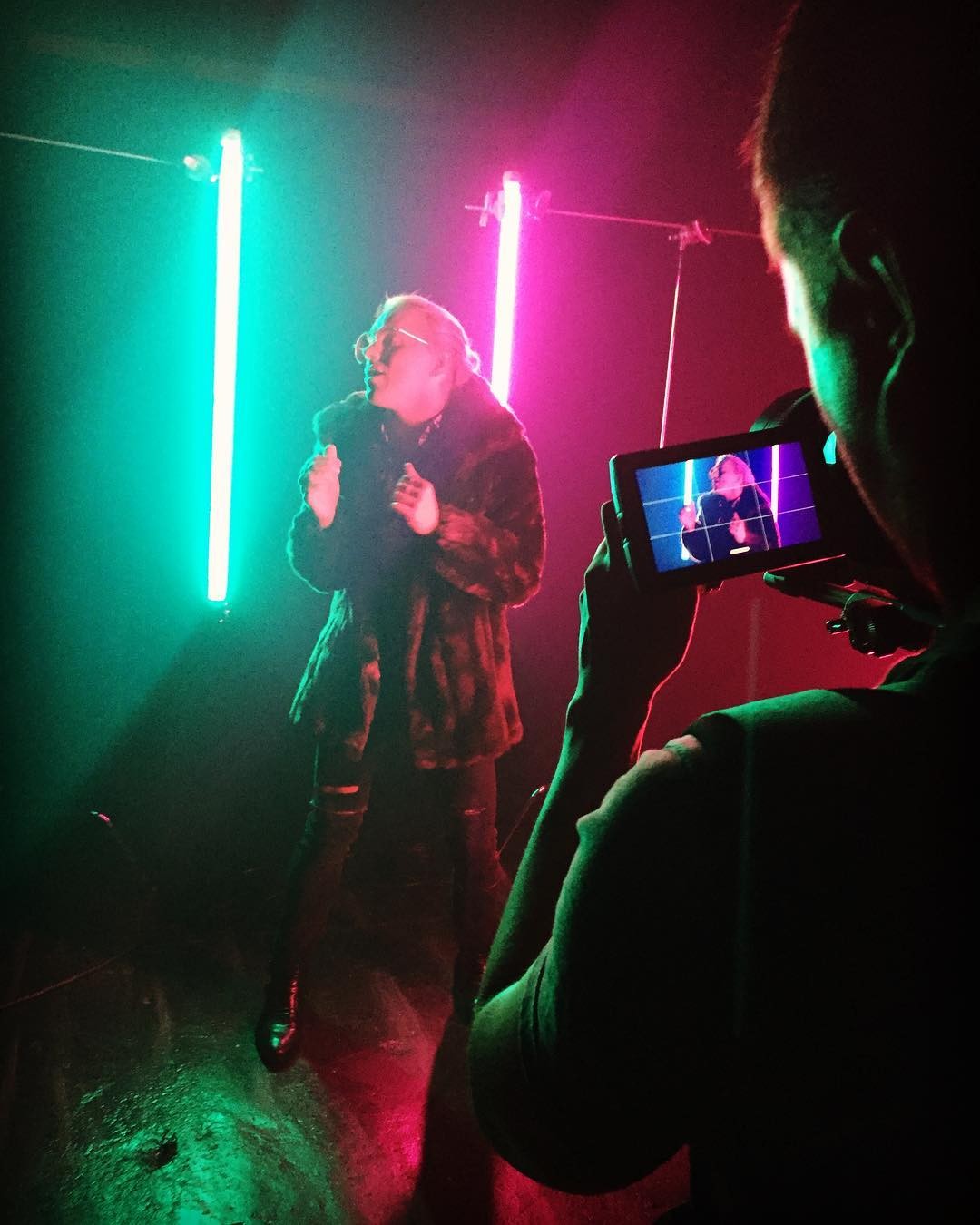