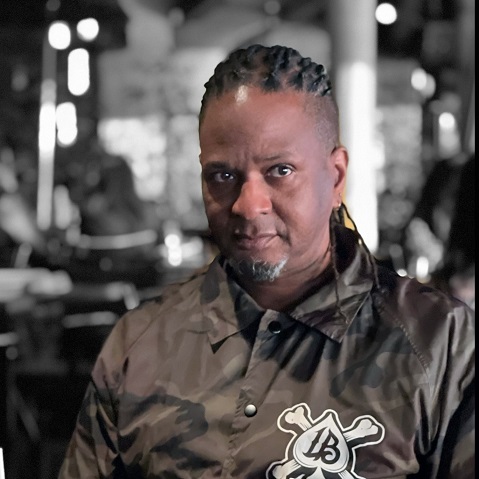 Today we’d like to introduce you to Tony Burrus.

Tony, we appreciate you taking the time to share your story with us today. Where does your story begin?
My journey started way back in the ’80s. Technology and music have always played an essential role in my life, even if I didn’t know it. In high school, my mother became a licensed distributor for Macintosh Computers, which meant we were one of the few families in our neighborhood to have a personal computer. Some may think that was cool, but my brothers and I didn’t want anything to do with a computer; we wanted the Intellivision that our cousin got for Christmas. No matter how many compelling reasons we gave for why we should have a gaming console, she wasn’t having it. In fact, what she did next was even worse. After school, our regular routine was to complete our chores and homework, and then we could go outside to play until the street lights came on. But, now that we had a computer in the house, our daily chores increased. We now had to learn to write code for an hour each day! Not cool, mom! Several years later, the father of a childhood friend was diagnosed with cancer. He was dying right before our eyes in his home. We would do all we could to stay positive, but we knew the end was coming.

One day I went over there, and my friend said, Hey, let’s hang out upstairs for a while to distract the sadness. This was when music entered my life in a big way. We were big sports fans and having conversations about the Lakers and Celtics, and he then put on a new album he picked up. For the most part, it was just background music until this one particular song came on that totally rocked my world. The song was called This Place Hotel (a.k.a Heartbreak Hotel) by The Jacksons. It was at that moment, I think I had an out-of-body experience and became completely immersed in the experience of this song. When I left his house, I went home got my bike and went straight to the record store to purchase the album. To this day, I have the same experience whenever I hear that song.

Fast forward to November 11th, 2011. I was living in North Carolina at the time. At about 1:30 AM, I woke up with this crazy idea which, at the time, I was going to call the idea “The Art Of Noise” as a reference to a group that had a hit song that I still love called “Moments in Love” but I thought it might get me in trouble. Therefore, I renamed it to something I thought would help people describe the feelings and experiences they have with music.

Here’s an edited version of what I wrote on my phone that morning.

At some point in your life, you had a moment where you were captured by a band, beat, or lyric, and from that point forward, you were connected or knew the moment was going to be epic.

November 30, 2003, a college sophomore sits in his dorm room at Harvard University, reading through a collage of ideas presented to him by twin seniors at the same school. The room is ripe for creating ideas and dreams; the moment is punctuated with a song. At that precise moment, a dream crossed over from idea to reality. The world changed. Ask that sophomore to write a paragraph about that moment, and he will surely include the vibe, the feeling, and the music.

The sole purpose of Share Your Vibes (SYV) is to recall the old or capture new music moments to share with others. How you describe the moment is totally up to you. It’s easy to write a long, elaborate description with multiple characters and subplots to describe the vibe, but we believe the moments that truly matter can be expressed with a song and a simple #tag because that is all it takes to touch your “heart smile.”

Music has no timeline, no expiration, and no limit. Sometimes you don’t know you’ve been affected until days, weeks, months, or years after.

October 11, 2011, Actor / Comedian Mike Epps approached the stage at the Black Entertainment Television Hip Hop Awards and said, “Man, man, this recession got rappers showing more love to money than women. Back in the day, this next artist knew how to give the ladies “Nothing But Love.” The screen goes dark, and the backdrop mimics the epic of Mario Puzo, [The Godfather] with the words, “Return of the Big Cool.” An uncharacteristically spry 44-year-old rapper took the stage and dazzled the audience with a barrage of hits from the 80s and 90s. social media exploded with the reintroduction of Dwight Myers, aka Heavy-D, to the front of the Hip-Hop microphone. On October 13, the performance meant little to nothing. On November 8, 2011, the performance meant the world to the Hip Hop Community.

SYV is asking you to dig into the crates of your mind, heart, and soul. What songs spark up emotions or memories from your childhood or a special occasion?

In early 1997, Patricia Lynn Mallette was sitting in her Stratford, Ontario, kitchen with her three-year-old son Justin. The three-year-old was doing what he does best, “trying to get mommy’s attention.” Patricia picked up her video camera and said, “Okay, baby, show me what you can do.” The three-year-old takes his cue and then responds, “Mommy, this is Justin, and this is how I drum.” What followed was a mere 4-seconds of musical history. Twenty-five years and a net worth of $285 Million later, what do you think is this 28-year-old’s most nostalgic musical memory?

Now that you have the gist of why SYV was created, what song takes you back?

Was it when you proposed to the love of your life at the base of the Eifel Tower while the café cart radio blared “En Rouge et Noir” by Jeanne Mas?

Or was it May 27, 1992, when you welcomed your beautiful new daughter into the world, then drove her to Dockweiler Beach and introduced her to her first song, “Diamonds and Pearls” by Prince?

The beauty of SYV is that it maintains the same rules as music; there are none.

Music adds color to the air of the moment. -Karl Lagerfeld

Did you know: that Dwayne Michael Carter, a 12-year-old aspiring actor in the Eleanor McMain Secondary School Drama Club production of The Wiz as the Tin Man, was also an avid fan of Nirvana and would often imitate his favorite rock band on stage and pretend to woo their crowd?

How amazing would it be to see this now 39-year-old man relive his childhood fantasy on the stage at Eleanor McMain Secondary School? Of course, convincing Lil Wayne to dress up in a Tin Man outfit and strum away at his air guitar to “Smells Like Teen Spirit” would be a feat. But with SYV, even the biggest stars can recreate their own Nirvana to share.

Can’t think of your magical moment? Then go out and create one. Every city has a Main Street. Every Main Street has a “main spot.” Every “main spot” has an act performing for the first time, and years later, when you hear their song on the radio, it will act as a time machine taking you back to the person you were with, the smell of the air and the vibe of the night.

Share Your Vibes is about capturing the beats and moments of your life in the here and now, the (back) then, and the (future) when… What song matches your vibe?

We all face challenges, but looking back would you describe it as a relatively smooth road?
The road has definitely been a bumpy one. The biggest challenge has been brand awareness, converting people into actual users, and money to keep the lights on. I’ve been working on this as a passion project on and off for the past ten years. I used WordPress and BuddyPress with plugins to make it work in the first build, and it sucked, but it was a working prototype. The second build was a website created using VueJS, and it sucked a little less but still wasn’t considered a good user experience. The current build is 10000% better. The thing that keeps me going is my passion for music and the other companies that are starting to surface with a similar idea to SYV. I’m sure competition might make some people nervous. Yet, for me, it means that I don’t have to explain the concept of a social music platform because there is a common understanding and expectation that a platform like ours is inevitable.

Thanks for sharing that. So, maybe next you can tell us a bit more about your work?
I have 20+ years of experience as a technology leader across the country. For the past twelve years, I’ve served as Chief Technology Officer for school districts in North Carolina and California leading innovative efforts in developing state-of-the-art infrastructure while putting together internal support teams. I’ve leveraged my infrastructure, programming, and team-building skills to create tools and teams to raise awareness for up-and-coming and established artists alike. I have a passion for creating platforms like Share Your Vibes and MajorGig to help musicians and fans. We all go through ups and downs in life, and it’s been my experience and that of others that music is a great way to change our current vibe.

In conclusion, while listening to an episode of Dis/sect on Spotify about the great Mac Miller’s song “What’s The Use?” the host Cole Cuchna left us with this excellent advice. “We should fight our funks with a little Funk and move.” Said differently, the next time you find yourself in a funk, put on a record and dance the funk away. 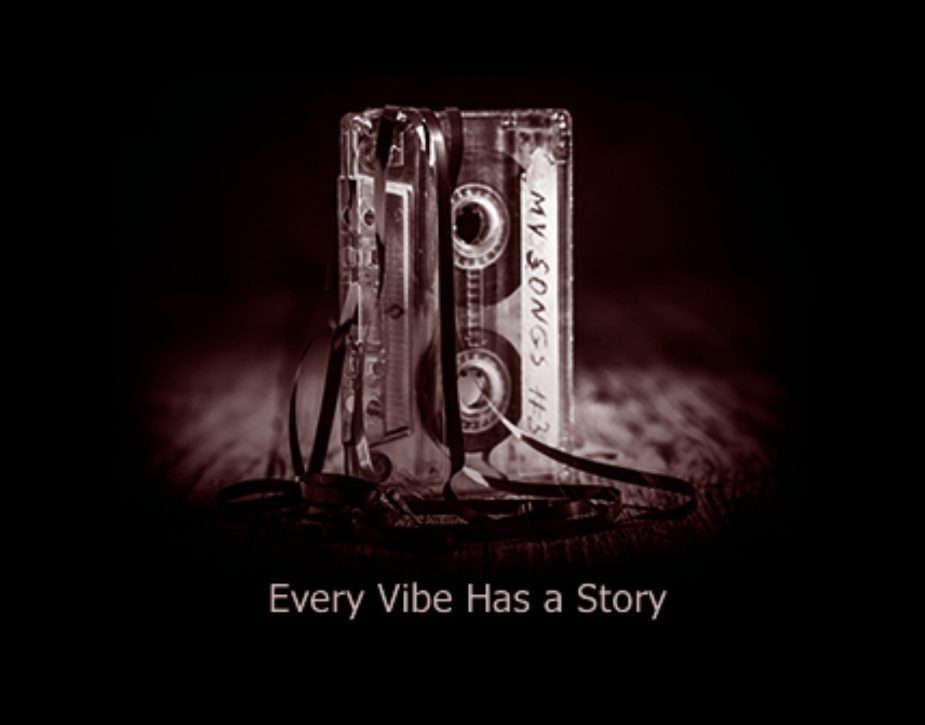 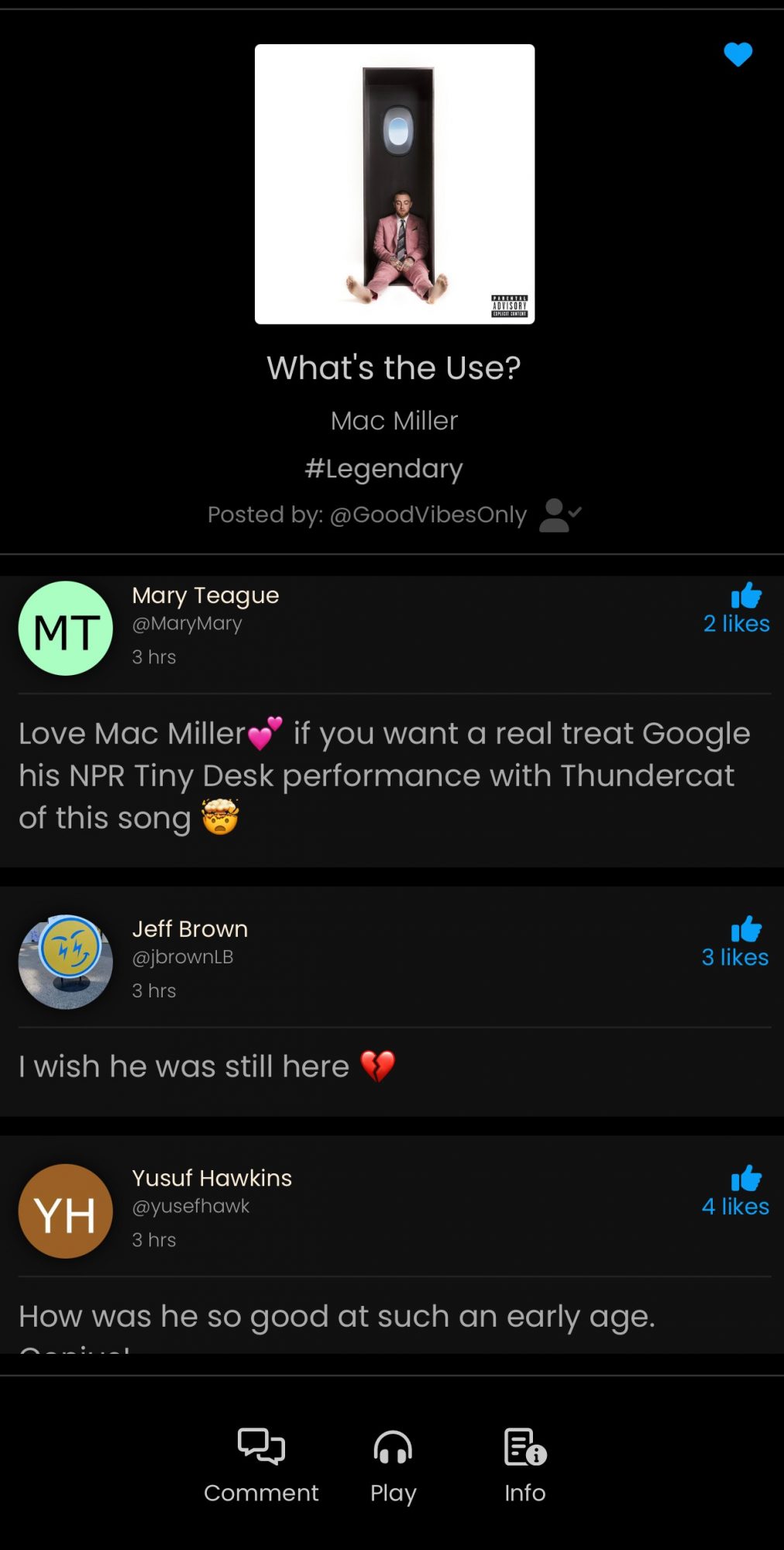