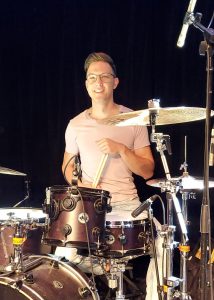 Today we’d like to introduce you to Till Richter.

Hi Till, please kick things off for us with an introduction to yourself and your story.
I grew up in Germany playing drums from a young age. My dad was a total drum nerd and he ignited that spark in me. Some of my family’s earliest home videos are of me at age three sitting behind his drum set rocking out. At the age of nine, I played my first gig with his band at my local elementary school. I only played one song and was super nervous but I loved it. I continued playing in several bands throughout high school and performed at music festivals, radio stations and TV stations across Germany. I also learned the piano at age six which I initially hated, but looking back I’m glad my parents made me stick with it as it has become an invaluable skill. I also won several German drumming competitions one of which had me perform at the biggest trade show for musical instruments, the Musik Messe in Frankfurt. I was fortunate to study privately under Benny Greb, Jost Nickel and Stephan Emig who were a significant influence and source of knowledge for me. To this day, they continue to inspire me.

After high school, I knew wanted to study drums and my then drum teacher, Stephan, suggested going to the US for a year. On a family vacation, I checked out the Drummer’s Collective in New York as well as the Los Angeles College of Music (LACM, formerly LAMA). Because of the better weather, the palm trees and the beach which I always say I’ll go to but never do, I decided to move alone to LA at the age of 19. While attending LACM from 2012-2014, I refined my skills thanks to Ralph Humphrey (Frank Zappa, Dancing with the Stars), Joe Porcaro (Boz Scaggs, Toto) and other incredible teachers. At the time, I was also founding member of the band Bonavox with whom I won the Grammy Amplifier competition in 2014. Our prize was a tour support spot with Allen Stone, plus performances at several music festivals. This included opening for Aloe Blacc at SXSW. We released a successful EP but unfortunately disbanded after several band members moved back to their home countries. However, the band’s success opened my eyes to the incredible amount of opportunity America had to offer. My initial one-year stay has now resulted in almost eight and a half years in the US supported by multiple visas for extraordinary ability. Throughout the years, I’ve been lucky to work with countless projects, bands and artists in LA, mostly as a gigging and studio musician. In November 2019, I toured North America with Jaymes Young.

Other working credits include Emily Vaughn, Steve & Sam Porcaro, Netflix, Warner Bros, Allen Stone, Art Alexakis, The Voice star Julian Martel and more. Besides that, I also regularly perform nationwide with some of the best corporate bands LA has to offer which is a ton of fun and the greatest part is that I get to play with some of the best musicians. One of the passion projects I am excited about is the prog-rock trio Bruce Chester, with Peter Boskovich and Joe Gamble. We spend a lot of time rehearsing, writing new tunes and are releasing our second album this year. It’s important to me to keep a healthy balance between work-for-hire and side projects like that one. As with all musicians, when Covid started all my gigs got canceled or postponed, so I used that time to put together my own recording setup. I started learning about audio engineering and mixing as well and have been tracking drums and percussion for many clients now. It’s been a lot of fun exploring that side of being a drummer, but I do miss live shows and look forward to when we can safely do them again!

Would you say it’s been a smooth road, and if not what are some of the biggest challenges you’ve faced along the way?
One of the biggest struggles for me was after Bonavox stopped despite our successful couple of years. Throughout my childhood, my biggest dream was always to be a drummer in a successful band. I looked up to bands like Coldplay, Metallica and the Foo Fighters. I’ve always wanted to play big shows for thousands of people and with Bonavox, I felt like I had found a band that had the potential to do just that. It took me some time to recover from that disappointment emotionally but I realized soon that being a drummer didn’t mean to be in just one band. So I started exploring and really enjoying playing drums for many different artists and I continue to do so. What’s encouraging is that every year I’ve been able to check more and more boxes of what I want to achieve, have gained a tremendous amount of experience, met wonderful people along the way and built great friendships. And I get to play for large audiences quite often now 🙂 Of course being a musician in the super competitive music scene in Los Angeles has not always been easy, and there have been many moments where a gig fell through or someone else got a gig that I really wanted to play. But perseverance and hard work will always pay off and for me, they have so far. It’s also super important to take a break from it every now and then, so once a year I fly home to Germany, usually a few weeks for Christmas, to recharge my batteries and see my family and friends.

Thanks – so what else should our readers know about your work and what you’re currently focused on?
I’ve been a full-time musician for almost seven years now. My main instrument is drums, but I also play piano. As a drummer, playing a second instrument has undoubtedly helped me with songwriting and coming up with melodic and harmonic ideas, not just rhythms and grooves. I’ve been able to put these skills to work with many artists, co-writing for example with Savannah Pope, as well as in my own instrumental prog-rock trio Bruce Chester. I learned to play the drums in a very musical fashion that doesn’t get in the way of the vocals or lead melodies. I think a great showcase of that is the soon-to-be-released album by classical guitarist Almer Imamovic, on which I played both cajon/percussion and drums.

Over the years, I discovered the joy of incorporating electronic elements into my setup (hybrid-setup). Let’s say someone wants me to use a specific sound they have on their record for a live show, I am able to do it by loading it on to my sampling pad. Another great incorporation of electronics in modern live shows is the use of backing tracks that are played from a computer to support the band (think extra instruments like percussion, FX, synths, background vocals). It allows for a lot of flexibility and a smaller band, which saves artists money. On the Jaymes Young tour, I was actually able to put all the aforementioned skills to work: I played a hybrid drum set to recreate the album’s sounds, played piano and percussion on a few songs and ran the backing tracks that were crucial to the performance. The band consisted of only Jaymes, who sings and plays guitar, and myself. It’s a lot of moving parts to take care of but if drummers are known for anything, it’s coordination.

We love surprises, fun facts and unexpected stories. Is there something you can share that might surprise us?
Something most people don’t know is that I grew up in a very small town of just under 1,500 people in Lower Saxony, Germany. Almost everyone in my town was heavily involved in youth firefighter competitions, This included relay races with speed ladder climbing and hose rolling, as well as a short firefighting attack with laying hoses, pumping water and testing knowledge about tying knots. At age 16, my team had the honor to represent Germany in the international competition (CTIF) in Ostrava, Czechia with teams from over 30 countries. Think of it like the Olympics for firefighters. It was a great experience and taught me a lot about hard work, team spirit and the success that can come from it. Nowadays, besides drumming, I’m really into cooking, consumer tech and car videos, and riding my bike! 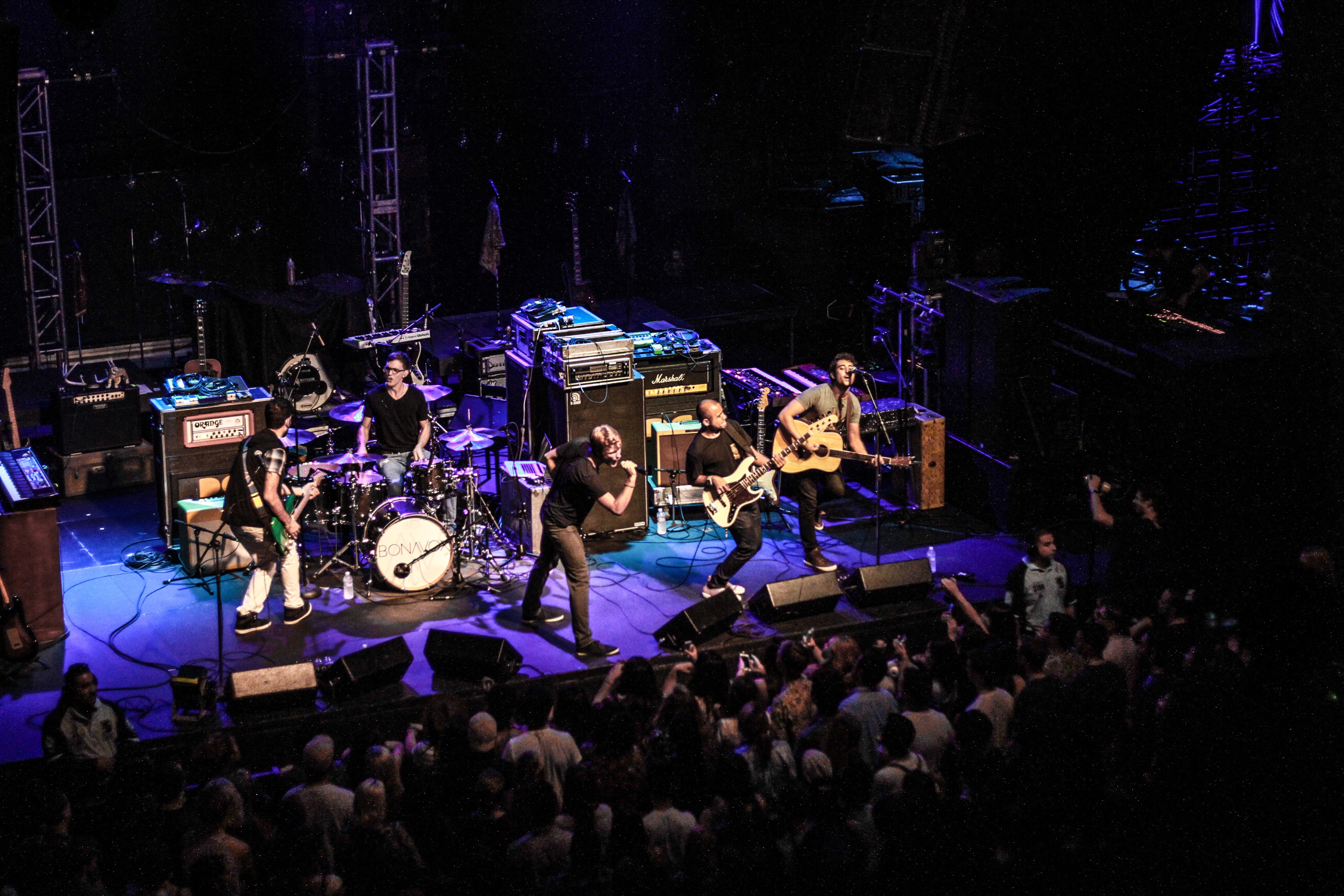 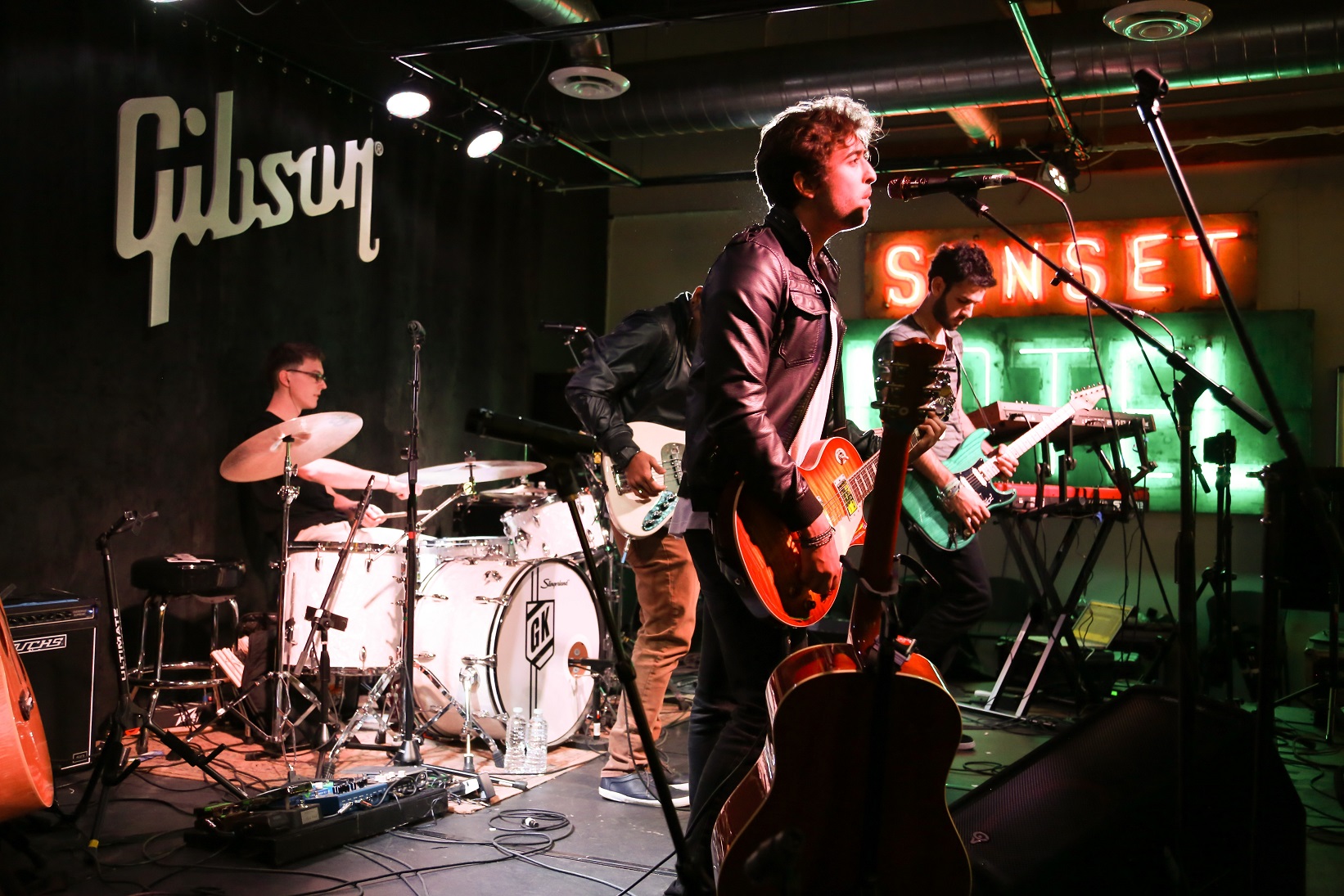 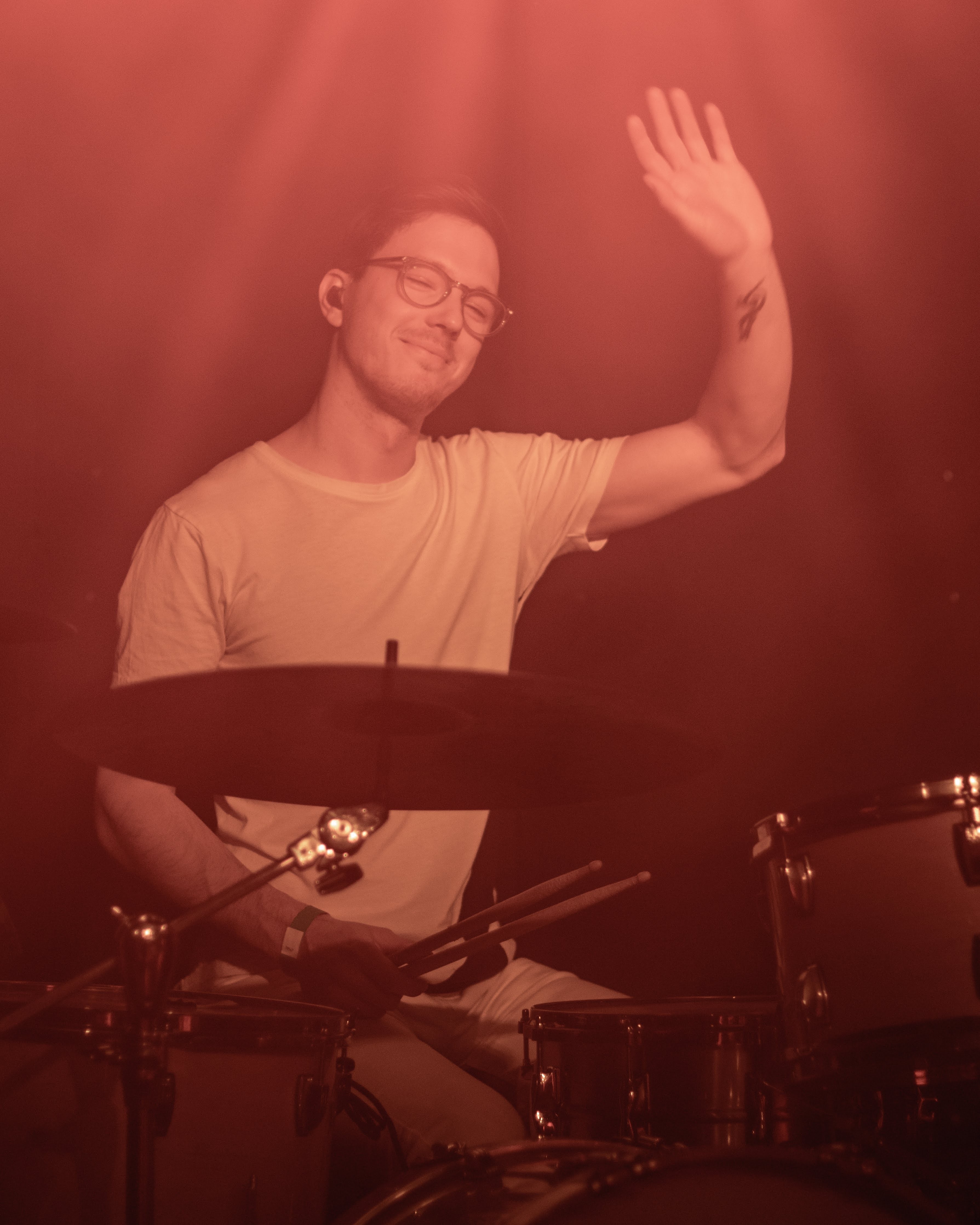 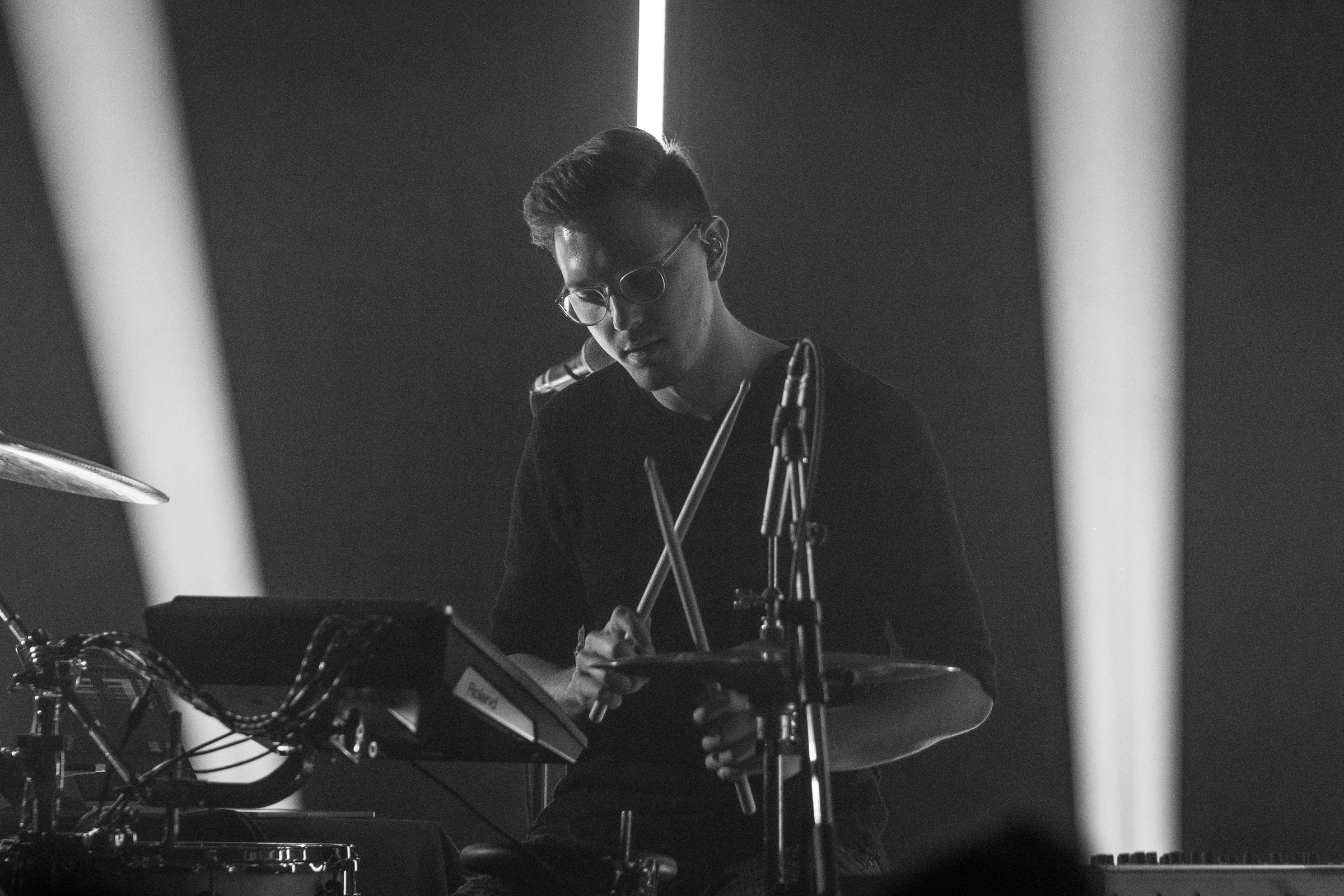 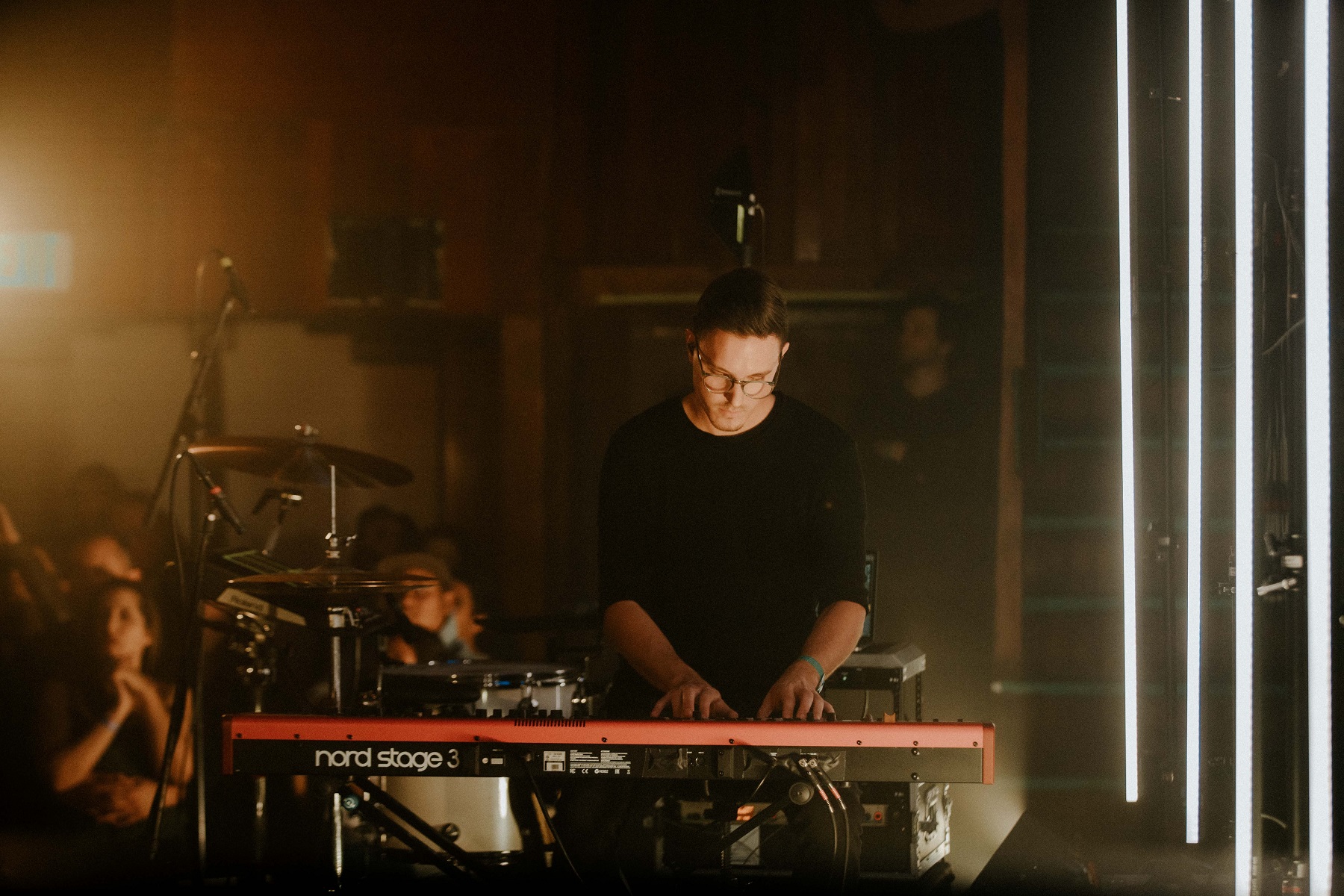 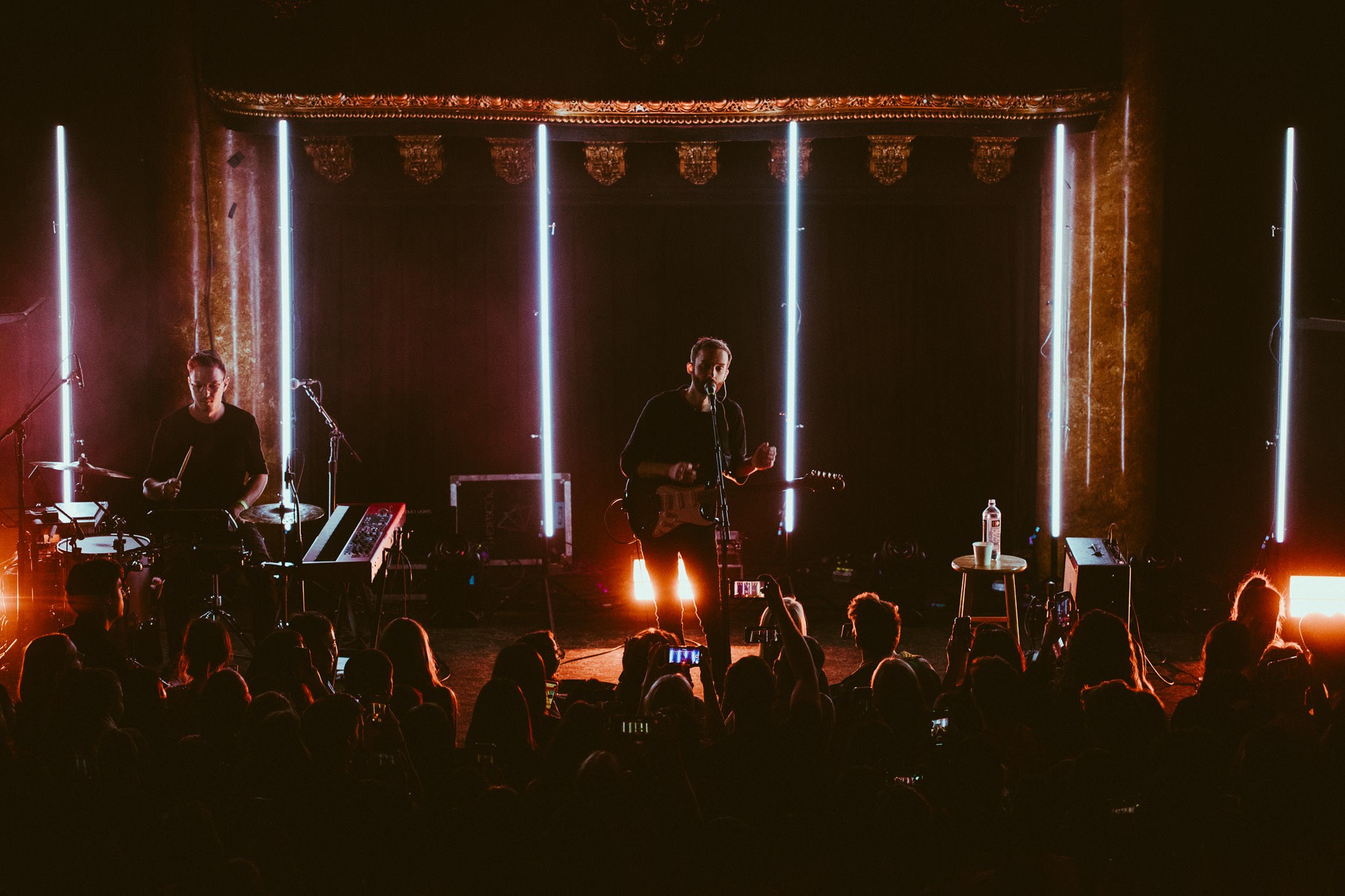 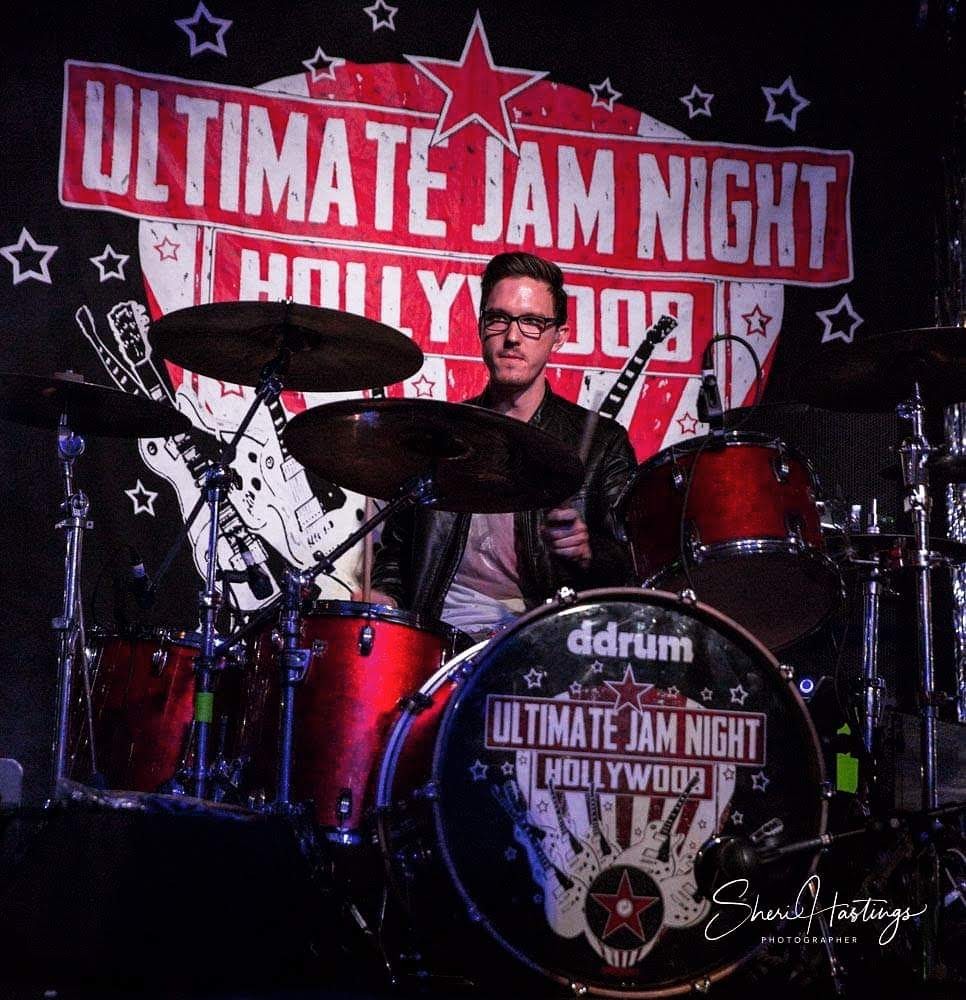 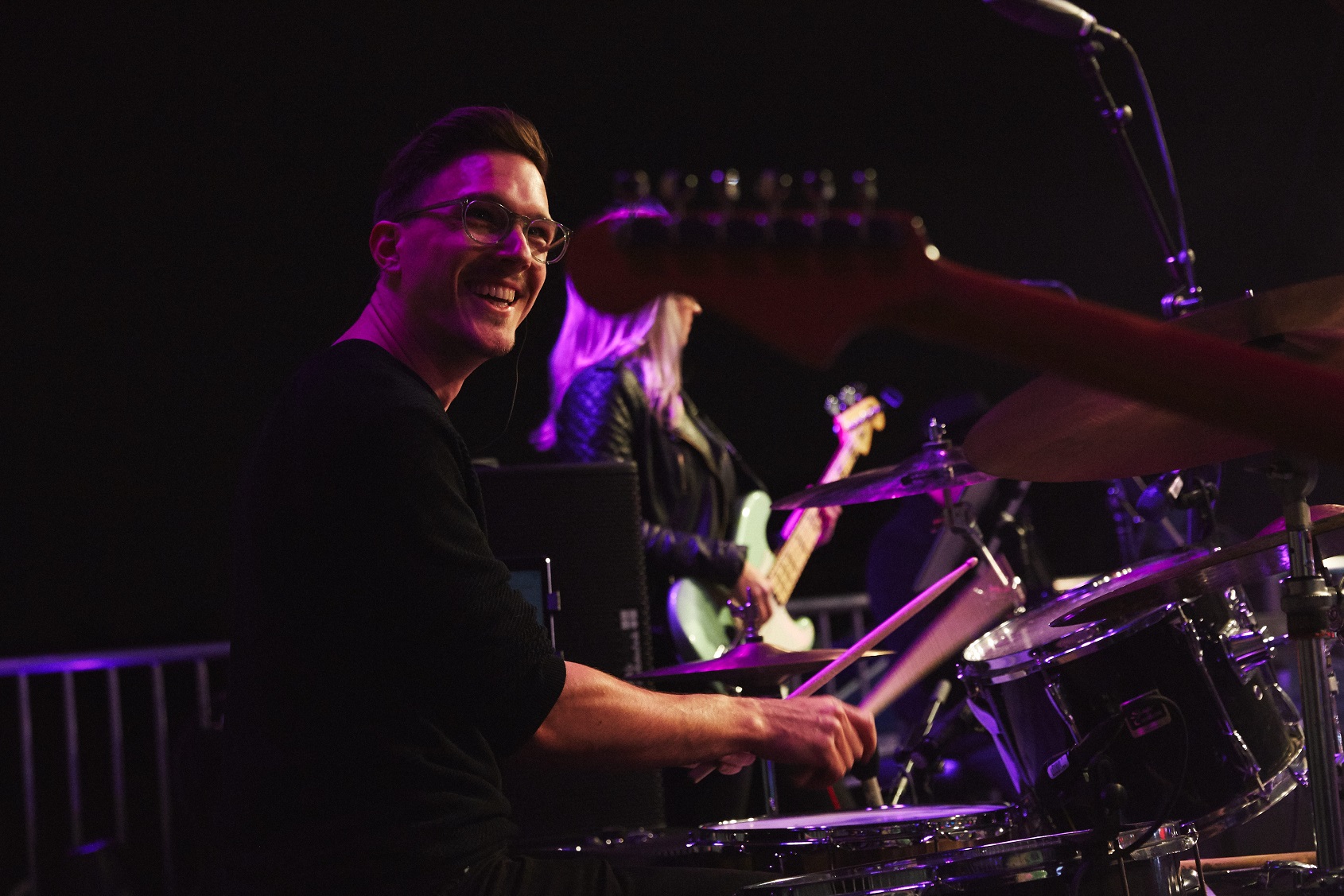